Besiege castles and raid villages in Chivalry: Medieval Warfare, a fast-paced medieval first person slasher with a focus on multiplayer battles
$24.99
Visit the Store Page
Most popular community and official content for the past week.  (?)
Chivalry 2 comes to Steam on June 12, 2022
May 20

Prepare to return to the ultimate medieval battlefield...
Chivalry 2 will launch on Steam on June 12, 2022 - alongside a huge new update. 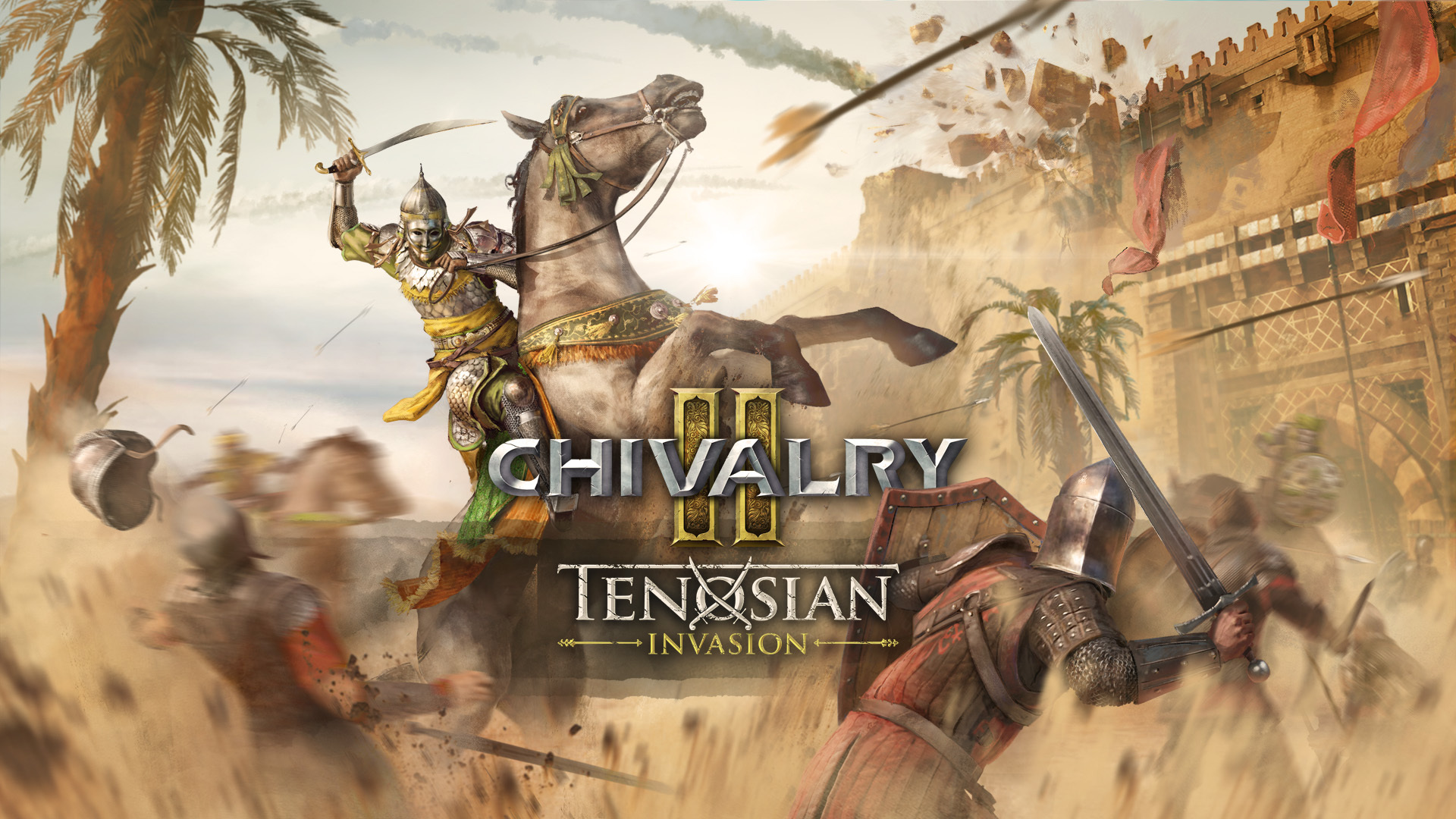 Plus, horses - a fully featured mounted combat system makes you feel like you are fighting atop a thousand pound beast of war, including the ability to trample your foes, land devastating front or rear horse kicks, unhorse your opponent with a lance and engage in deep melee combat with grounded or mounted opponents.

Wishlist Chivalry 2 now - PC Gamer's Multiplayer Game of the Year 2021, with Crossplay on all platforms.

Chivalry 1 owners will receive the Horned Helmet in their Chivalry 2 armoury. 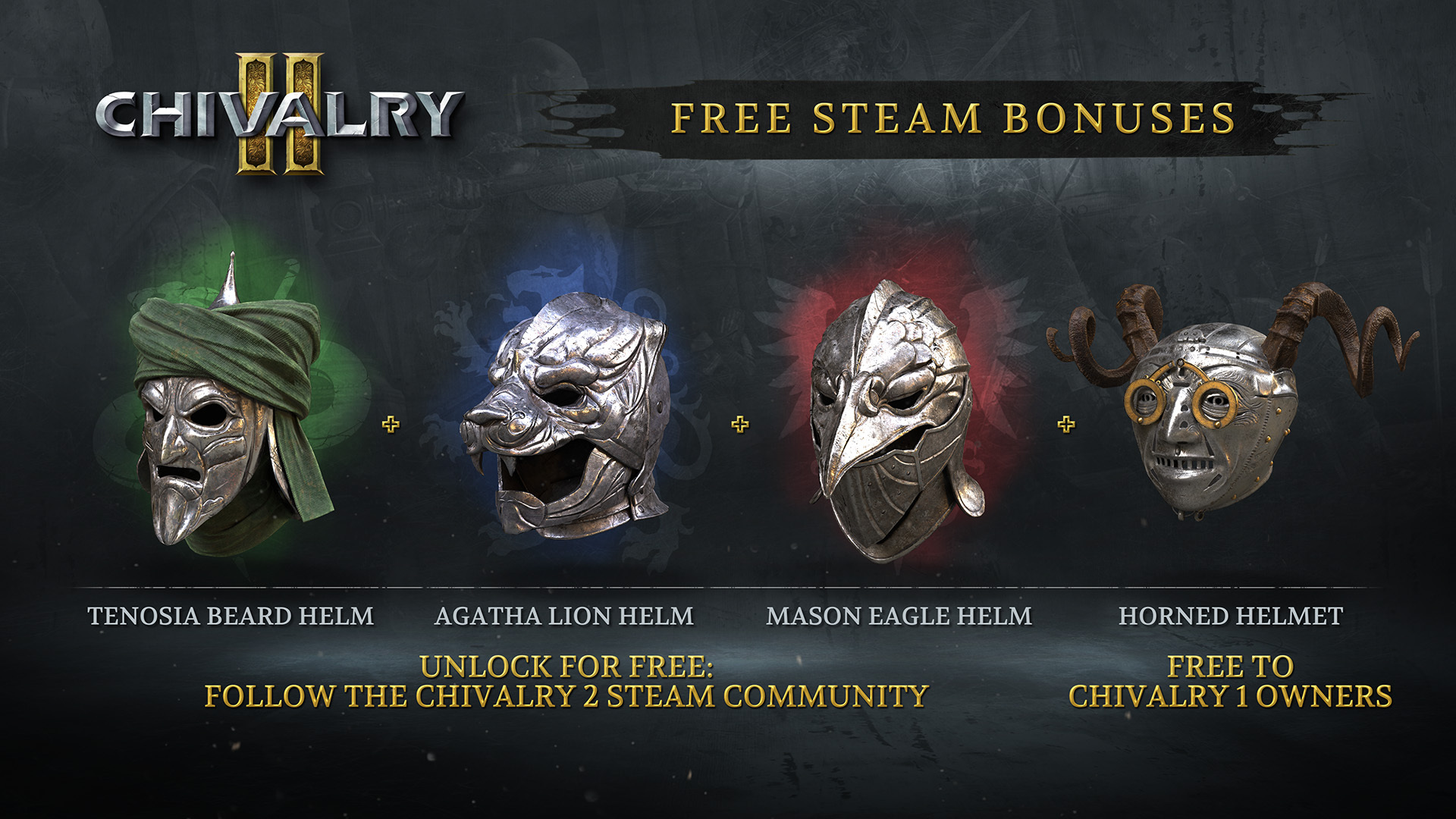 Receive four free bonus Chivalry 2 helms on Steam, available as a timed exclusive (to be made available to users on all platforms at a later date).

Join our Discord to follow our updates about Chivalry 2.

[discord.gg]
FAQ
When will we see the Tenosian Invasion update?
The Tenosians invade June 12, 2022 - the same day as Chivalry 2 launches on Steam!

Is the Tenosian Invasion Update the same as the Steam Release Update?
Yes! It is all one update happening the day of our exciting Steam release.

Do Steam owners receive all of the previous Chivalry 2 post-launch updates?
Chivalry 2 on Steam has the same game content as all other platforms, including all previous patches and content such as House Galencourt, Fight Knight, Merry Chivmas, and House Aberfell. All platforms will continue to receive the same updates in the future.

How can I get the Steam-Exclusive Helmets?
The Tenosia Beard Helm, Mason Eagle Helm, and Agatha Lion helmets are timed exclusives available to players who buy Chivalry 2 on Steam who also follow the Chivalry 2 Steam Community.

The Horned Helmet will be available to Chivalry 2 Steam Owners who also own Chivalry: Medieval Warfare (Chivalry 1) on Steam.

These four helmets are timed exclusives, meaning they will become available to the other storefronts/platforms at a later date.

Who is Tenosia?
Tenosia is a new playable faction of fierce intelligent warriors from the South. Decades before the events of Chivalry 2, the Agathian Knights tried to invade these lands and failed, resulting in the death of King Argon I - and paving the way to the rise of Malric and the Mason Order. Now, in the midst of the chaos of the second civil war, the Tenosians strike, determined to expand their empire and exact revenge on the barbaric northerners.

How do horses work?
Soon we’ll be talking more about how horses work and their place in the current game. Keep your eyes peeled for further details!

Chivalry: Medieval Warfare
117
80
10,000 arrows achievement
Came back to the game looking to complete this last one, I'm on 5,400 but my God it's going to actually take forever. Does anyone else actually have this achievement?
7 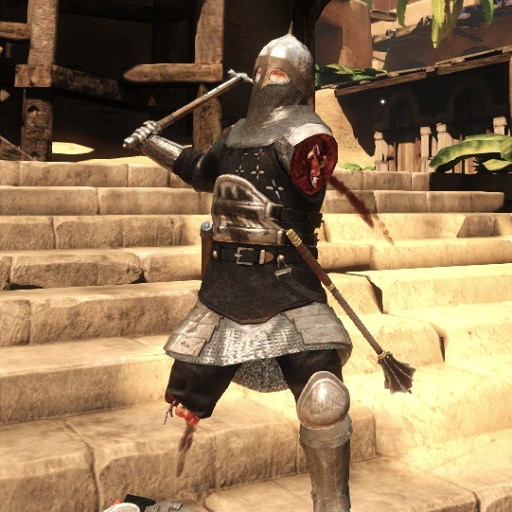 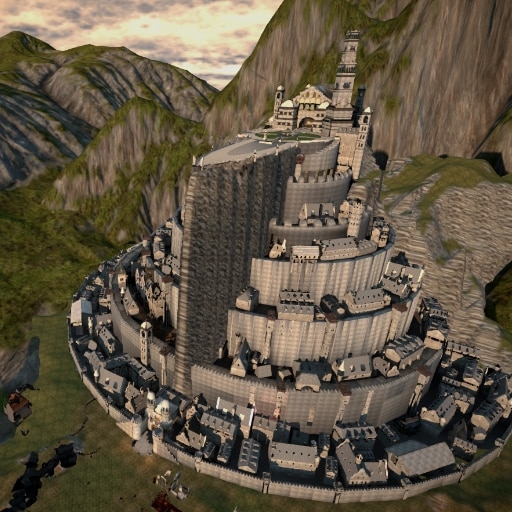 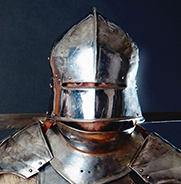 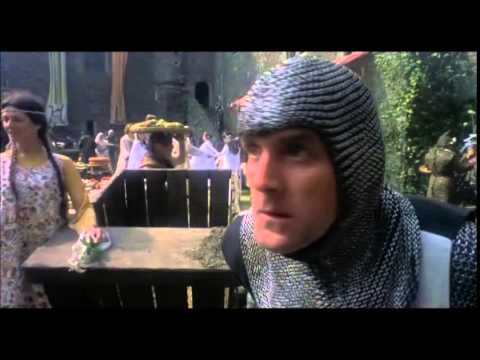 Manly Man's Guide to Manliness
This guide shows you everything to being a manly man in Chivalry. There is a wide variety of weapons in Chivalry, but one weapon can beat them all. This weapon was created by God himself, the most deadly weapon on the battlefield known to mankind, your fis...
1,245 ratings 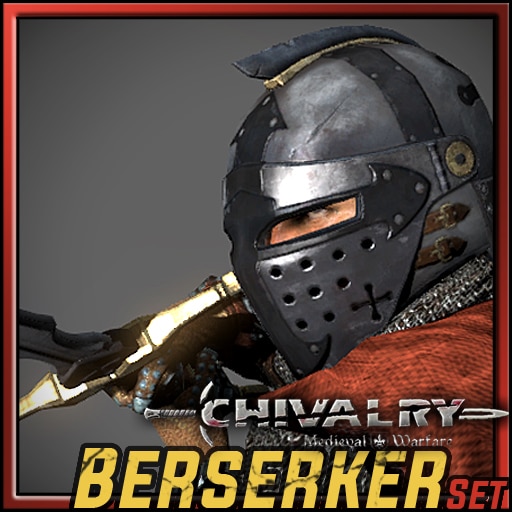 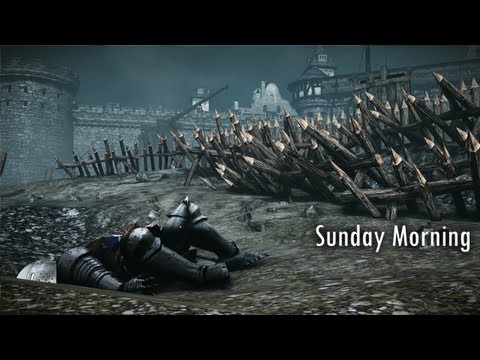 2
16
When a noob encounters a high rank player 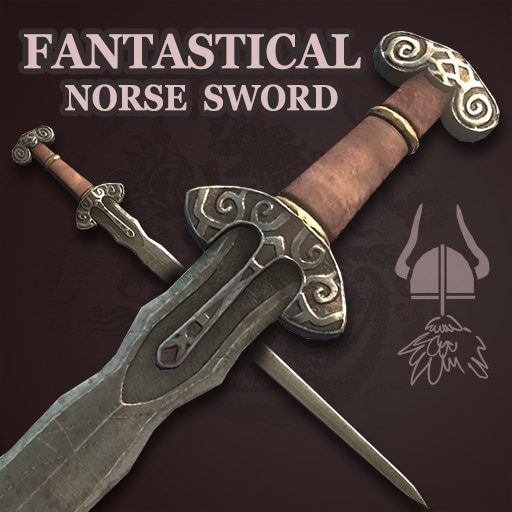 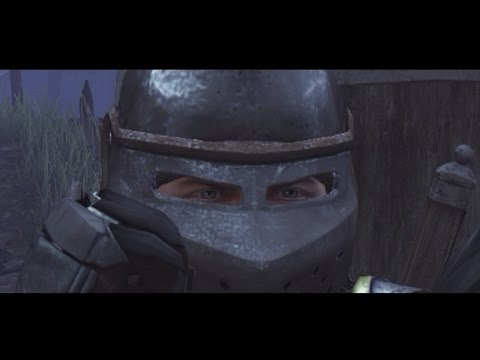 Avoiding rookie mistakes 101
Hello everyone, this guide is meant for people who are familiar with the basic concepts of combat (windup time, combos, blocking) but still find themselves dieing a lot from seemingly unblockable attacks or lost 1v1 fights. I have been playing quite...
552 ratings

A Guide to Advanced and Obscure Mechanics in Chivalry: How to gain an edge over everyone else.
This guide covers: Matrixing, Dragging, Forcing a parry, Going around a parry, Spin Attacks, and Advanced parrying. My experience from hundreds of hours of Chivalry is incorporated into this guide, and it will make you a much better player if you take the ...
789 ratings 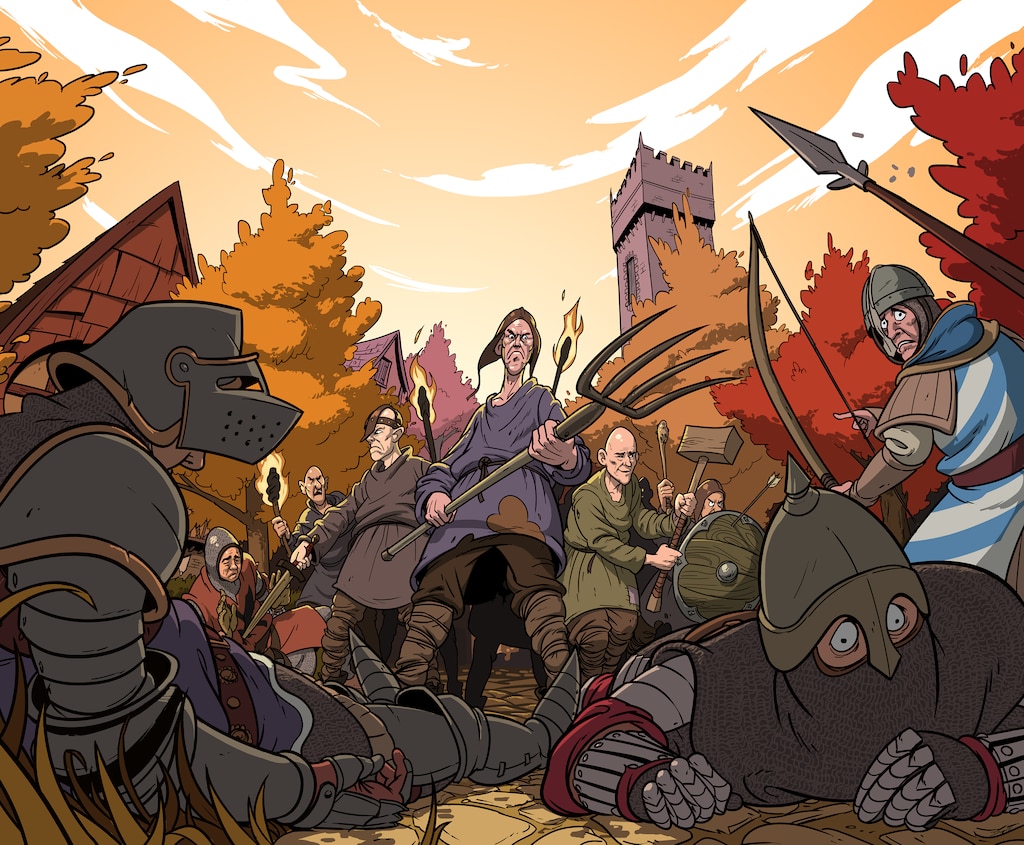 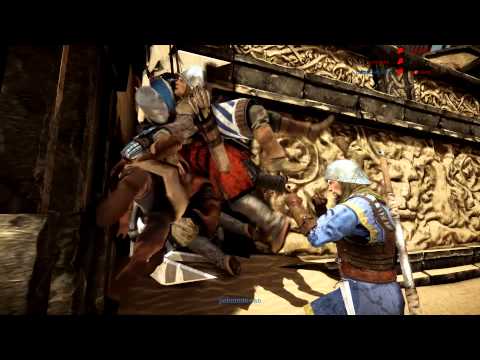 KADEN
View videos
so the game is officialy dead now
thank you torn banner for creating a good game only to let it's fanbase rot and die i have 1,000 hours invested into it but no one plays it anymore everyone moved on with their lives either to mordhau or chivalry 2 so basically i wasted a thousand hours for nothing thanks...
57 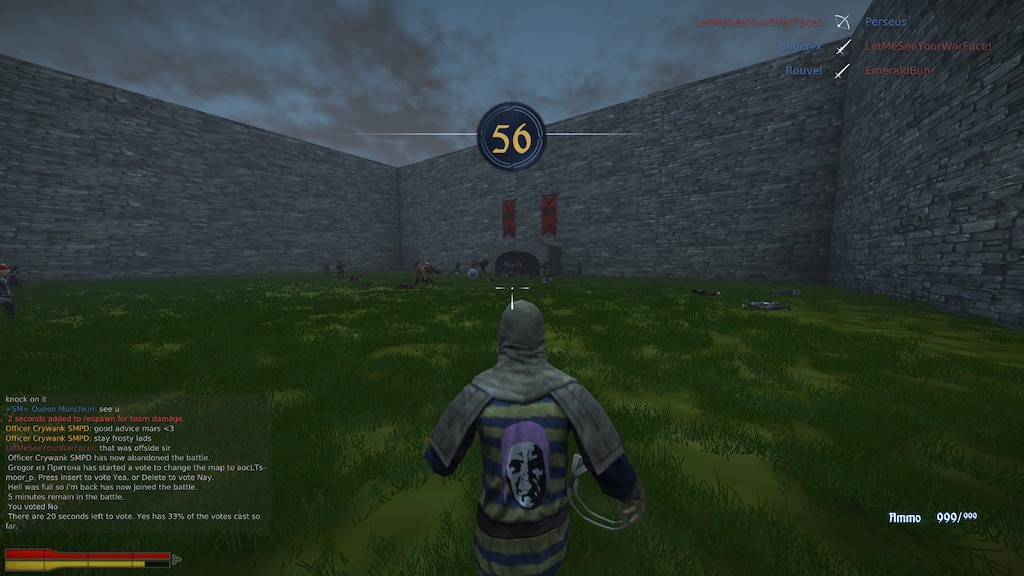 I Owe You My Life ЏД
View screenshots
Screenshot 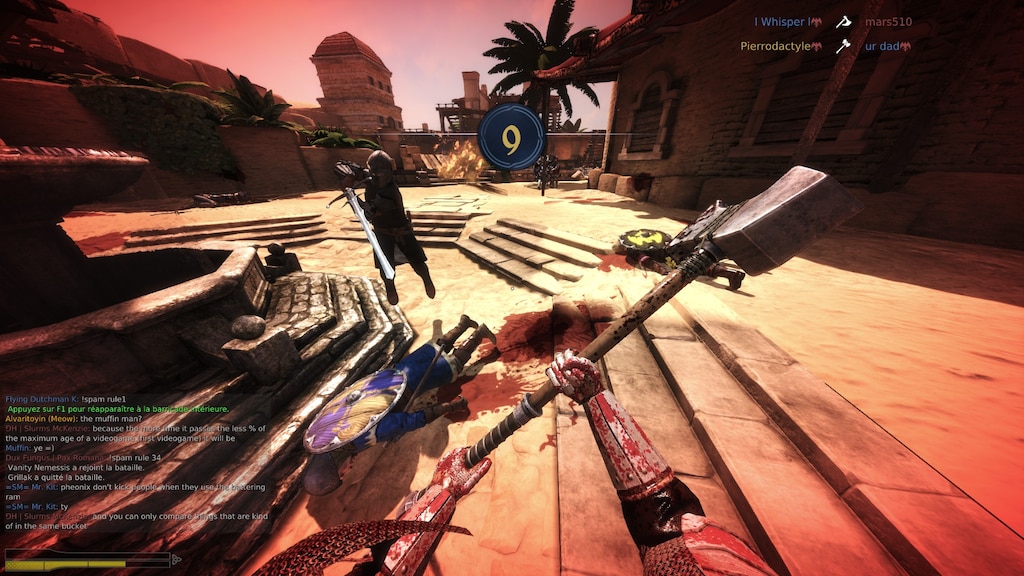 Not Recommended
56.1 hrs on record
Like mordhau but not as good and the developers are scum. 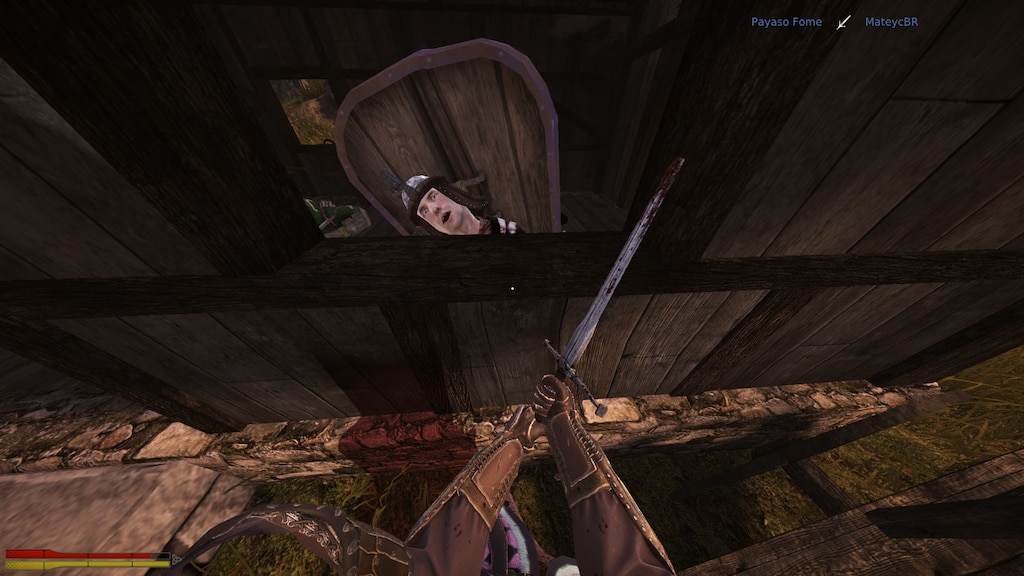 {ӄ-ƗßɛƦ} The Elder Lion Z4
View screenshots
Why are there so many people upset about this starting as an Epic exclusive?
I honestly don't get it? I've got both Epic and Steam, and both seem fairly equal. Is there something that I'm missing?
61 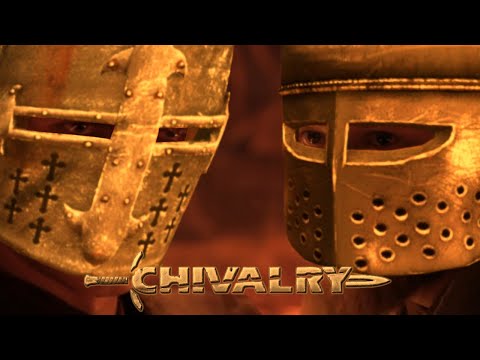 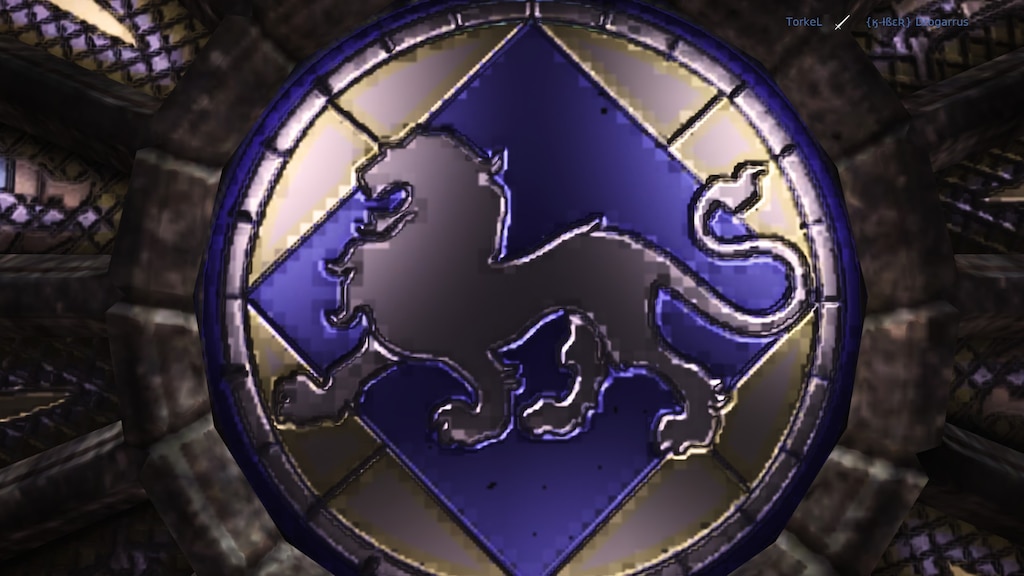 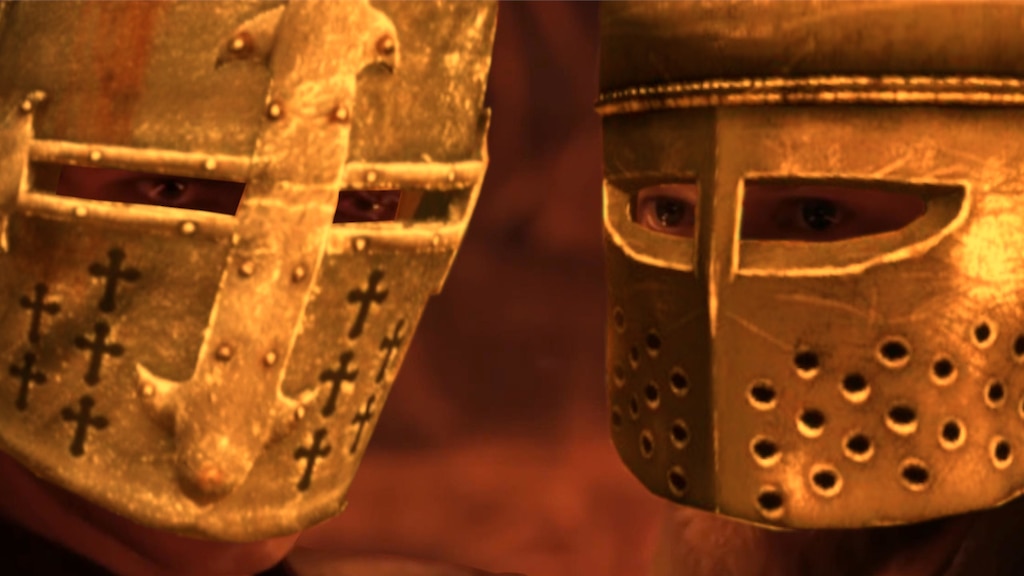 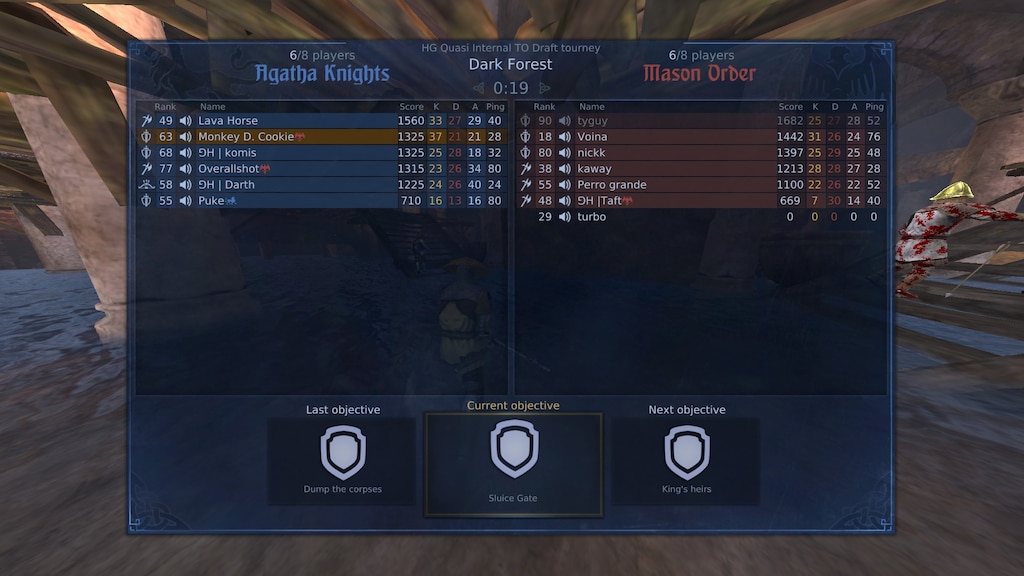 Monkey D. Cookie
View screenshots
King of Kings - Achievement
Hello Anyone can help me with this achievement ? King of Kings Survive 10 minutes as King in Stoneshill I help you back if you need too Thank you in advance
8

Flame
May 12 @ 2:02pm
General Discussions
No one has rated this review as helpful yet

Scrollzy
1,020 products in account
0
No one has rated this review as helpful yet