Star Conflict is an action-packed, massively multiplayer space simulation game that puts players in the role of elite pilots engaging in a widespread interplanetary skirmish. The whole world for PVP and PVE!
Visit the Store Page
Most popular community and official content for the past week.  (?)
Discount of the day! 50% off the ‘Tai'kin’ starter pack
Jun 15 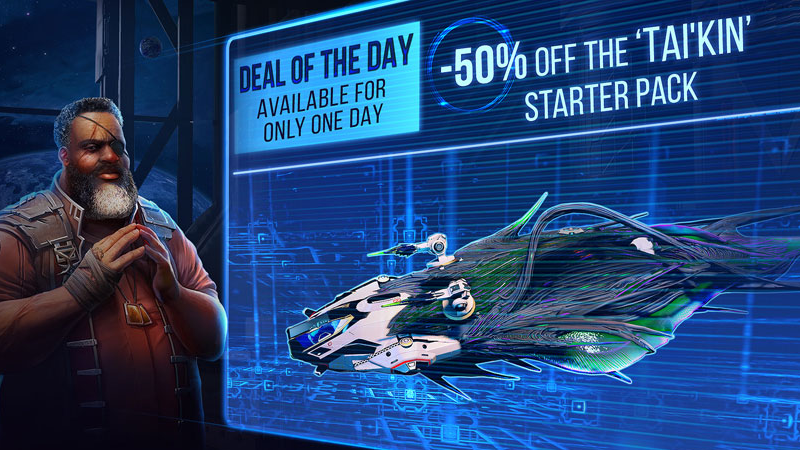 Pilots! Time to improve your fleet strength! A representative of the Empire at the UMC reported that a new transport convoy from the domestic worlds had arrived in the fringe sectors.

We offer a 50% discount on the Tai'Kin starter pack! The pack can be purchased both in the in-game store, and directly in the Ellydium ship tree.

The ship includes all the latest scientific achievements of the Ellydium laboratories, that have reached new heights in the development Alien technology. The ship turned out incredibly fast and maneuverable.

The development of the ship and its active modules was led by Dr. Matthew Gilmour, head of the mysterious and well-guarded ‘Science Complex No. 2’ of the Ellydium Theta Station. And the development was supervised personally by Conrad Dimeni. Tai'Kin became the first ship that could fully use the unimaginable properties of singlet bosons to change the space-time


The special offer is valid for a limited time and will end on June 17!

Star Conflict
14
0
New "Mole" Ship
What's so special about this for mining?
51

Azil
May 11 @ 8:56am
General Discussions
Artwork 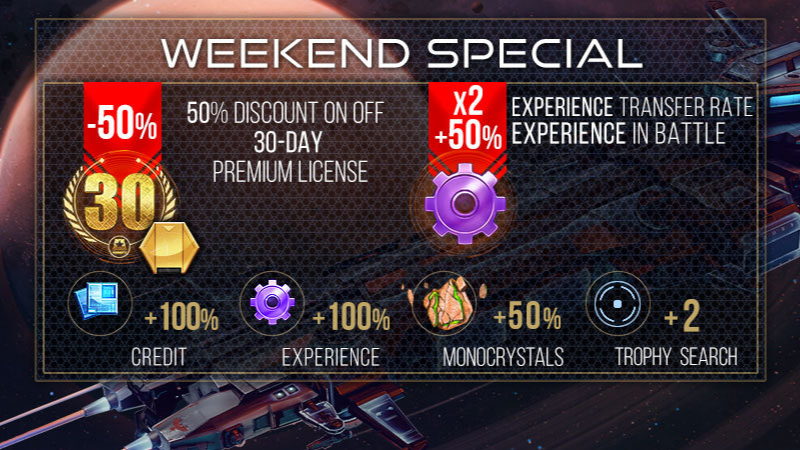 Pilots, the weekend begins! Time to prepare your fleet for new victories!

We remind you that a Premium license grants all pilots greater rewards for each battle. And when the battle ends, pilots with premium licenses have two additional trophy search attempts, which means that the chances of getting new and unique equipment increase!

The license allows pilots to receive a greater reward:

Boost your fleet! Let's win together! 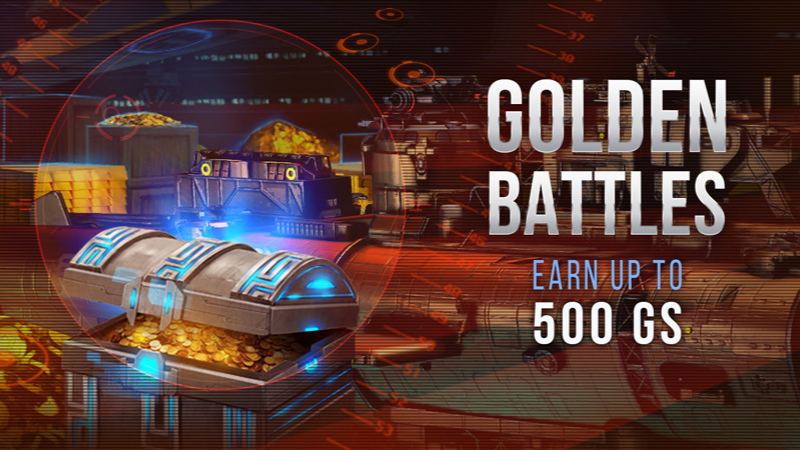 Pilots! UMC announces the start of ‘Gold Battles’. Every pilot can earn up to 500 Galactic Standards for winning battles!

Good luck in the battles, mercenaries! 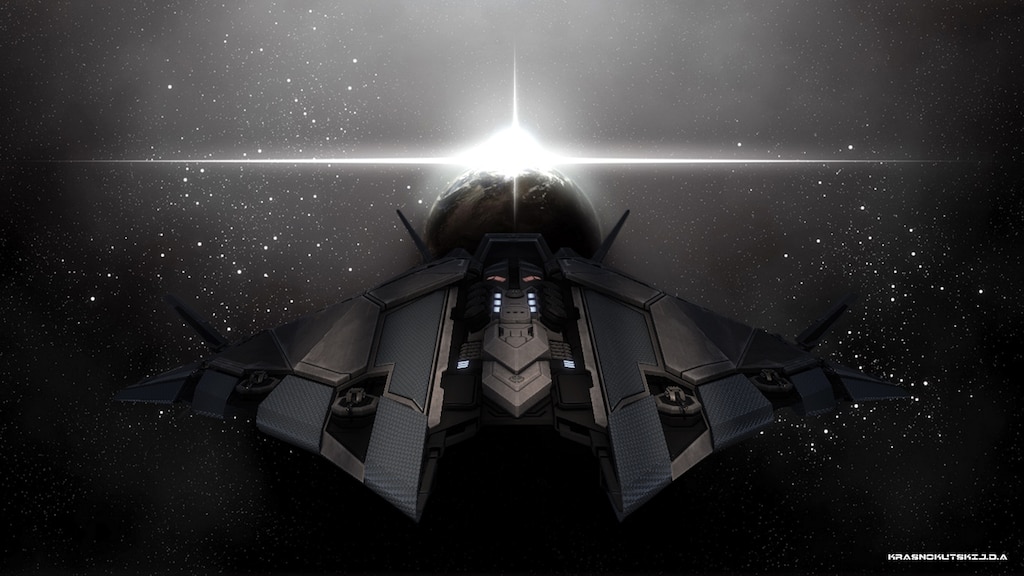 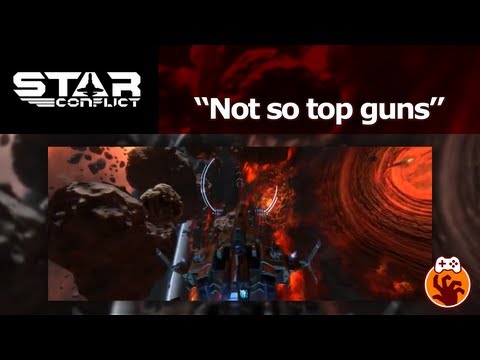 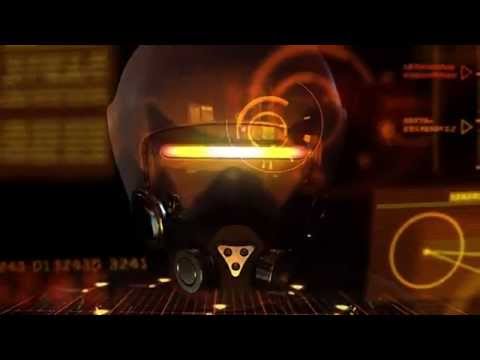 FAQ for beginners [OUTDATED]
Learn the basics and read the answers to the most common questions.
115 ratings 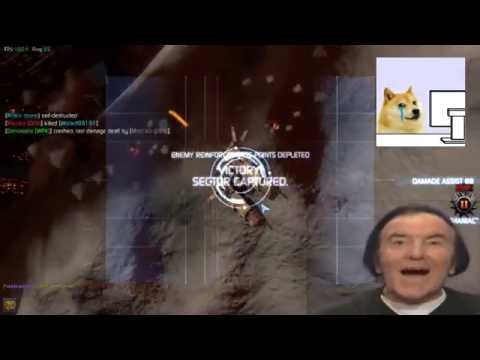 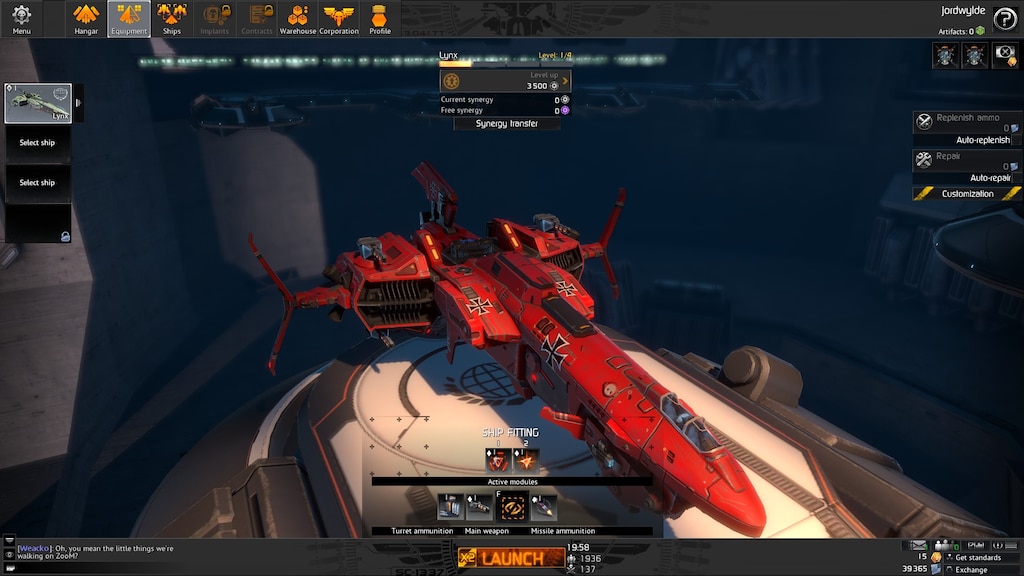 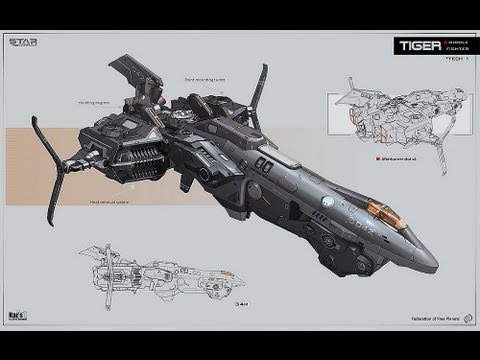 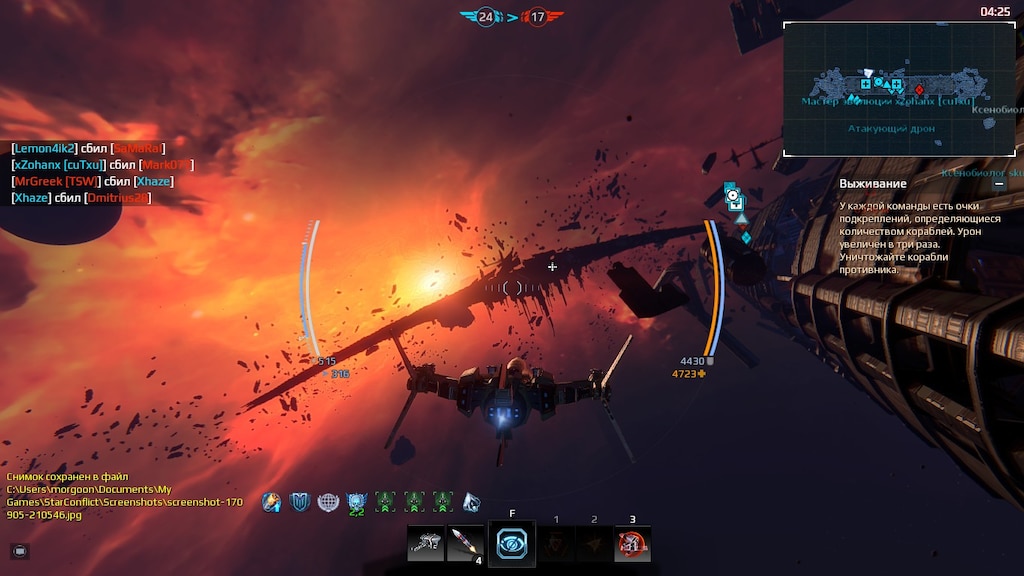 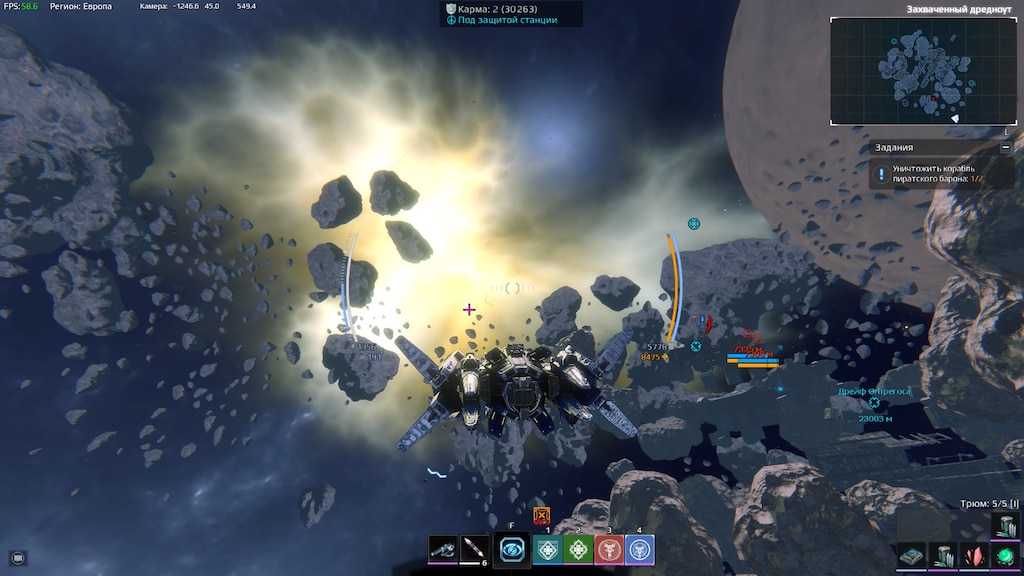 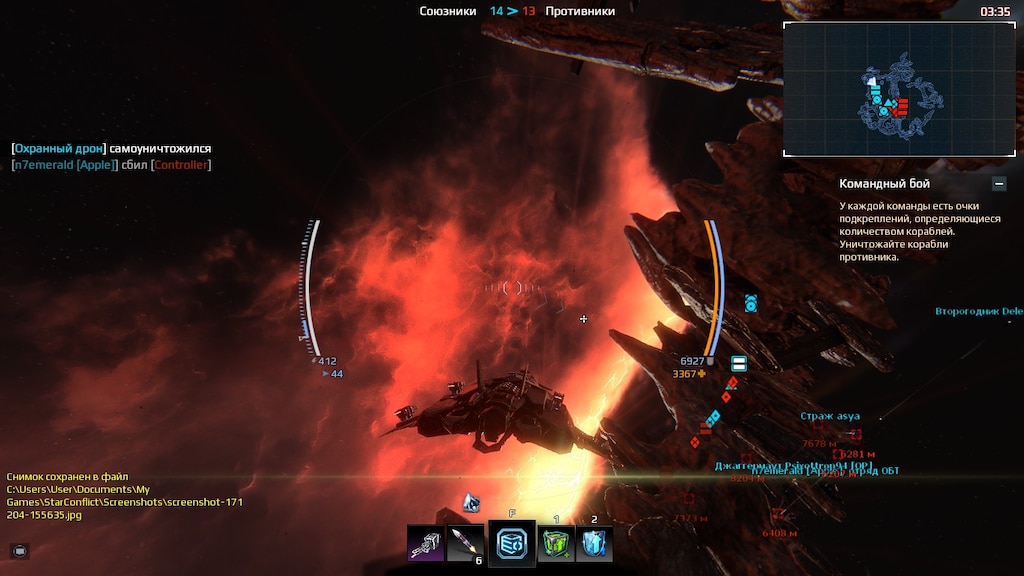 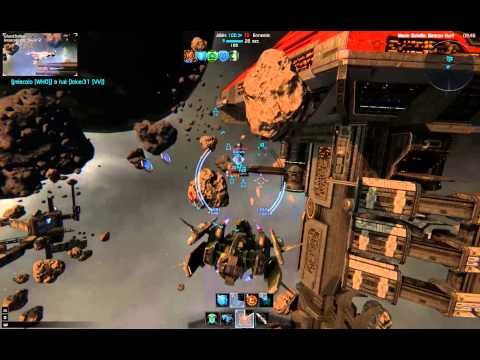 Not Recommended
149.1 hrs on record
Yo where'd my old review go? Anyway, this game is extremely pay to win and don't let anyone fool you - someone who has played this game for 8 years will try to convince you that it's not in fact pay to win and that you can in fact, grind things out. Or you can just drop 200 euro on the game and just gain the same progress as they have for the last 8 years.
This game has ship tiers and ranks, the normal ships are ranked from rank 1 to rank 15, their strength growing with their ranks, and in order to progress, you need to level up these ships by gaining XP from arcade games or grinding in the open world by destroying AI ships. But the leveling gets slow especially after r7 and the only reason I got to r15 was because I had premium for a week for some reason. At later stages, in addition, all of the weapons/armaments and equipment for your ships will NOT be purchasable via the regular in-game currency (credits) and you will either need to grind the items out, which you will find is NOT an option because you need to go into extremely dangerous territories and get blown up by swarms of AI ships with punishingly difficult AI with mind-numbingly low drop rates (1-3%) -- OR -- you can just whip out your credit card, buy some cash currency and just buy everything you want from the market where other players are selling everything you might need.
The arcade modes which are 80% of the game itself are... bad. Especially in T5 (r13-14-15 ships) where people who have played for 8 years are kitted out with the best upgrades and as a new player you will always be at a major disadvantage. Additionally, in 90% of the PvP arcade games, you'll get AI ships to fill out the game because literally nobody plays this videogame - you can check this game's statistics and you will find that no more than 200 unique accounts or less log on a 24 hour basis. This is mostly prevalent for T1-4 and you will also find that AI controlled ships are... either ridiculously bad (you will see them fly into buildings/obstacles due to their stupidly bad and outdated AI) or ridiculously strong (Thar'Ga alien ships which are nearly indestructible and will blow your ship up in a quick 1-2 second barrage).
A big majority of the current playerbase are russian who rarely ever speak English, all of the corporations (guilds) will be spamming other ACTUAL players with corpo invites and whispers.
A big part of the late-game meta is to craft your own ships. I decided to look into crafting one of the ellydium engineering frigates aka the Waz'Got which is timewalled, takes a huge grind (about 6 months to get the main components) or once again you can invest cash currency to easily craft the ship. And this is to just get the base level of the ship which if I remember correctly is rank 6. To upgrade it further, it'll take a lot more of grinding.

Overall this is an extremely bad game currently due to it's lack of an actual playerbase, the current monetization scheme and all the people who have invested over 8 years of their life into this game, trying to convince you that "it's not that bad" "it's not pay-to-win" "this is how they keep their servers running" "I've only bought a few ships to keep this game running" "it just takes some time", and the lack of updates. Speaking of updates, the only updates this game ever gets are monetization updates. That's all you'll ever gonna get.

TL;DR - Don't even touch this game with a 10' pole. I genuinely wanted to love this game and I tried hard. Don't repeat the same mistake.

Not Recommended
138.2 hrs on record
a. P2W on par with just about any stupid asian/mobile game. And even if you are a P2W freak, there are literally countless other better places/games to spend your whale money.

b. Mining has one of the worst mechanic ever seen in a video game: in order to mine some stupid ore, you have to shoot the stupid <ore asteroid(s)> as slow as you can, avoiding to damage it as much as you can, to "heaten" the stupid asteroid. Otherwise the stupid <valuable ore> which is inside the stupid asteroid just vanishes. Imagine that ! It's not like some metallic core has been coated with some hardened dust which needs to be "peeled" away, No ... Also, some "contracts" ask you to go to <some map> and gather 5-7 pieces of <some ore>. But you just can't pick more than 5-7 pieces of ore because the nodes become inactive after picking the 5-7 required by the quest (contract).

c. Crafting requires not only mats but also credits (in-game money). To craft some components you need to "learn blueprints" which also cost a ton of credits. Sounds harmless, eh ? Well, the amount of credits you get from your activities is the equivalent of a corporate spit in your face. Basically gathering and crafting are literally discouraged because, guess what, encouraging goes into spending real money in the shop.

e. Story ? Forget it. There's no such thing.

f. The textures on a specific map are a complete bunch of trash, Impossible to play, no matter the settings.

I appreciated the fact that the game has a Linux "native" port. Nothing else. 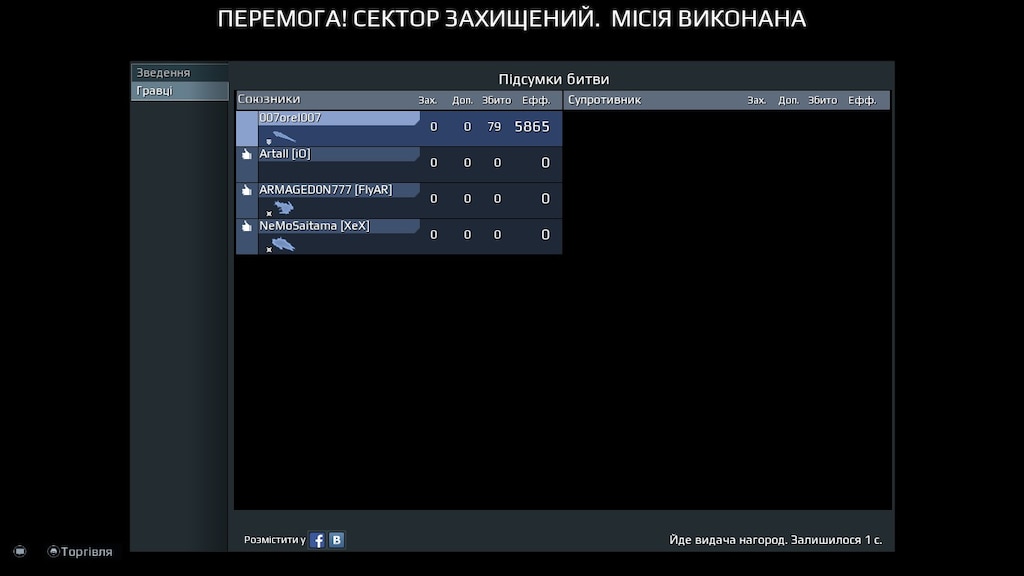 LAK
Jun 2 @ 8:05pm
General Discussions
Star Conflict 1.8.5: Mole "An In depth Rundown for new/uninformed folks"
Fair warning: SOME OF THIS INFO MAY HAVE CHANGED/CHANGE BY NOW/THE FUTURE. MOST OF IT IS STILL RELEVANT AND FOR THE MOST PART, ACCURATE. THIS IS NOT A HATE POST, THIS IS A "HERE'S WHAT TO EXPECT/WHAT PEOPLE WHO PUT TIME INTO PROPER TESTING HAVE SAID" So 1.8.5 has been out for a while now. All the peeps I trust for properly tested info, stat comparisons, and other things have gave their evaluations, and spat straight facts. I figured I'd put the stuff we learned here in one handy post, a compilation of qu...
12

Veilios
Jun 2 @ 8:15pm
General Discussions
Any difference with the Steam version?
Is it best to play this via Steam or the Launcher? Completely new to this game and looking to try it out.
2

Darkbright
Jun 13 @ 12:34pm
General Discussions
Any new Ellydium ships soon?
I'm huge fan of ellydium ships, but I feel like the current ones are just slowly getting a bit stale, I've heard about a possible ECM ellydium ship coming soon, but I just wanted to know if there's any plans for it or if we're just stuck with the same four ships. :/...
5