Return to Monkey Island is an unexpected, thrilling return of series creator Ron Gilbert that continues the story of the legendary adventure games.
$24.99
Visit the Store Page
Most popular community and official content for the past week.  (?)
Patch Notes 1.3.2
Sep 27
Hello everyone! Got a new patch with new fixes check it down bellow!

Return to Monkey Island
320
27
Unlocked FPS (240 HZ) and VSYNC
Hallo, just want to start playing this game. I disabled 60 HZ and added 240 HZ in the ini.data. Simple question: Is there nervertheless vsync on ?. Thanks for your answers in advance !
4

jliebs
3 hours ago
General Discussions
So.... the ending [spoiler discussion]
So yeah.... In the final chapter we just don't find out how the story ends because Guybrush just decides to tell a silly version for his son. What do we think about this? I don't really like it. It would be one thing if we never found out what the Secret WAS, but we don't even get to find out what happens to Guybrush, Elaine, and LeChuck. Who wins? what happens to them? how to they beat him, or escape? The only thing we do know is that they survived, otherwise how else would...
189

Recommended
11.1 hrs on record
A Gutted Masterpiece
ATOMIC SPOILERS AHEAD

Most of my review would be parroting what others say so I need to say something else and that is the painful realisation that to meet deadlines the latter half of this game has been absolutely eviscerated, whole chunks of character and story haphazardly ripped out of the game leaving huge voids in their wake that grow more apparent and glaring the more you think about them and by the time you realise it's missing it's too late and the game is over and you can only feel sadness looking back, here are just a handful of things that were blatantly cut from the game without any care (or time before release to care) given to them.

Sailing into the Sunset

Ever since this game came out and people finished it there is already talk about will there be another one? Is this the end of the Monkey Island story? I don't want another Monkey Island but I want more. I want a directors cut of this game that does all the things that were originally planned. I want the rest of this game to be made, I want it to be complete I want everything Ron Gilbert initially imagined for this game to see the light of day and I know deep down that's never going to happen and that puts a melancholy filter on my memory of this game.
It's a good game, a great game. But it's not the game it could have been and the steam review system lets me choose between thumbs up and thumbs down and there's no way I could rate this thumbs down, but the thumbs up I'm giving comes with so many caveats it's not even funny.

Have an amazing day and thank you for your patience and understanding!

Return to Monkey Island
549
46
Patch notes 1.2
Sep 20
Hello! Here is a small patch to fix some of the issues that you encountered on release. We are still going through reports and working on fixing them all out!

Thank you for your patience and understanding!

Return to Monkey Island
826
93
Why is the art style....worse than the originals, and remakes?
It just looks like a bootlegged version redone by people that had no interest in remaking it, and just did it because they were forced to slave labor to do it.... But seriously...it looks quite distasteful...
149

Recommended
10.0 hrs on record
Unlike most I did not buy this game for nostalgia. I did play the originals when they came out but that was long ago. The only games that I remember I loved the most from childhood was the Lunar Silver Star series and Breath of Fire. However I really enjoyed this instalment of Return to Monkey Island. Quite a bit. It took me about 10 hours to complete my first play through. And it was so much fun. I like the art style, I know this is a mixed reaction, especially from fans of the originals.

The humour however was fantastic. Younger me does not remember the originals. But the adult me loves this humour. Some of the jokes stick with you for days. I love Guy's reaction to the food remains in the kitchen when he goes to visit the chef. "I guess the food is more exciting when you can smell the risk". Still laughing over that one.

I had a polished experience, no crashes and lots of save slots. Easy to use interface and supports ultra wide screens. The story was fun and engaging with puzzles, humour and beautiful art. You do not need to be a fan of the originals to enjoy this game. You probably will miss some throw backs but my experience was in no way hindered by not remembering the older games. And there is two endings to this game (a secret one). Look up some useful guides available on Steam for help in getting some achievements!

Overall a very fun game, worth the time and cost! 💕

Recommended
11.4 hrs on record
Return to Monkey Island is like a well-preserved shipwreck under the ocean. It looks a bit different, lacks some functionality, and does not quite go where you want it, but that does not mean you cannot appreciate it or reminisce about past voyages. Good logical puzzles and a strong narrative start are its best features, despite some linearity and a weaker second half. The game is rarely hilarious but generally mildly amusing, with nice voice acting and good pirate music. Its art style might not be for everybody, but old places and faces are recognizable. Players that are familiar with previous games should enjoy the nostalgia, but not every dive into the past brings up treasure. 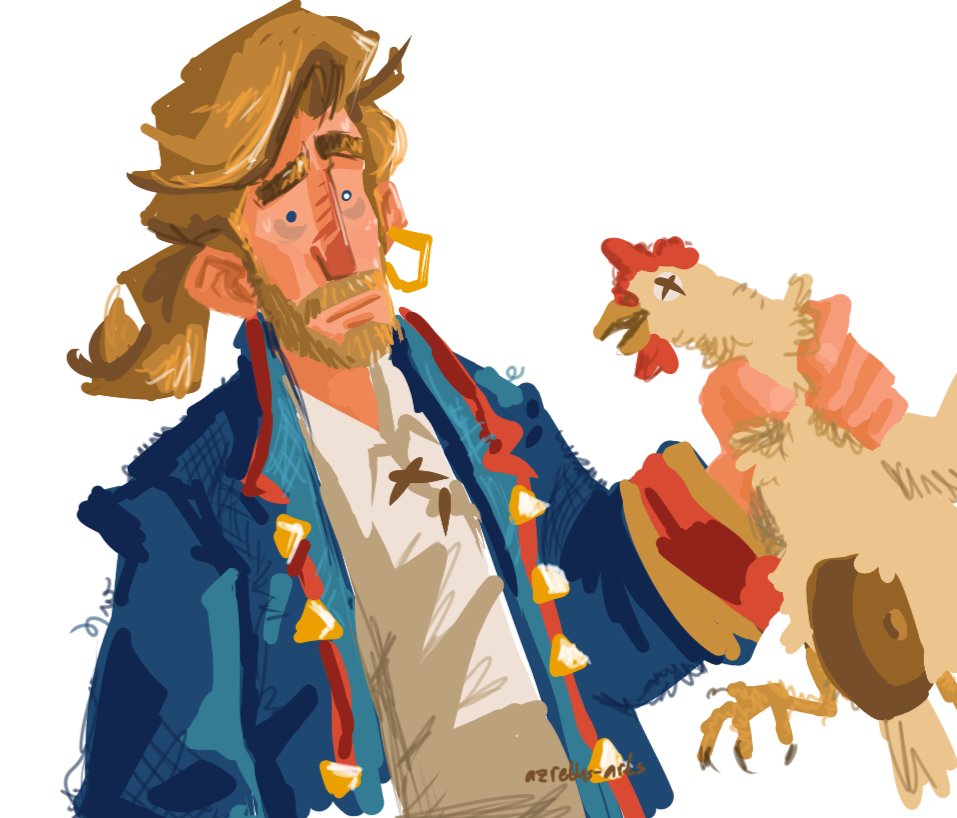 Return to Monkey Island - 100% Achievement Guide + Trivia Answers
Hello there! I played through all Monkey Island games when they were originally released and I was just a kid. I cannot say how much I am delighted to finally find out the secret of Monkey Island and to have a beautiful ending to this childhood adventur...
41 ratings 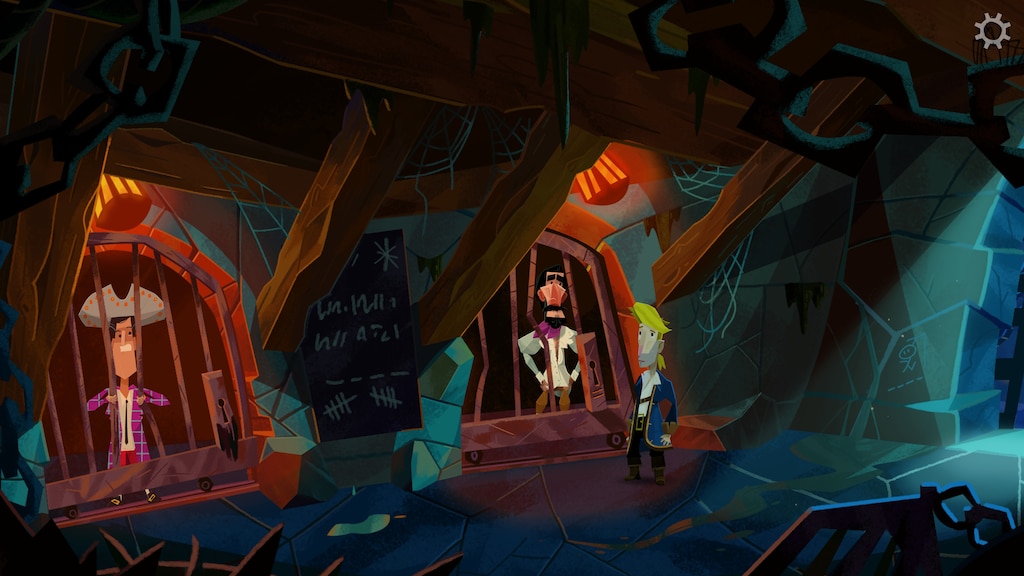 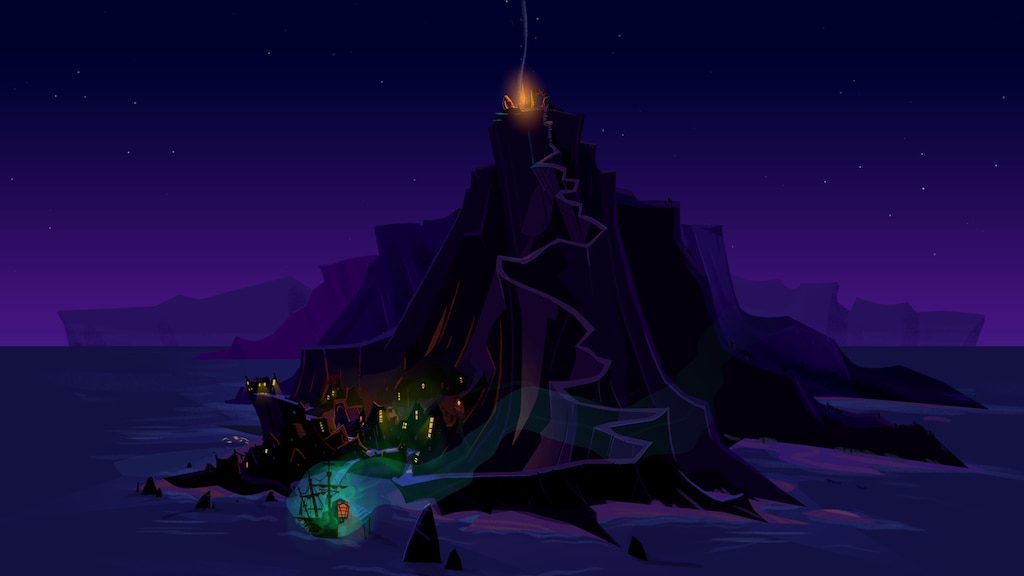 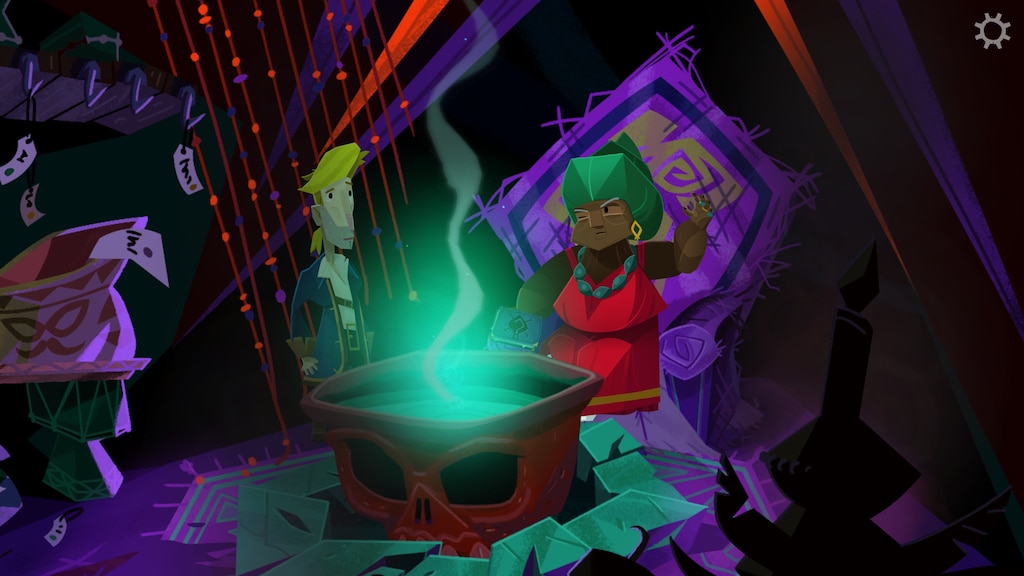 dellyfry
View screenshots
The game can not start - graphics not supported
The game throw this error at startup; Your graphic card does not support the features teh game requires. From the error log; [09/19/22 19:25:20] GGGraphics: Selecting DirectX 12 renderer FAILED [09/19/22 19:25:20] GGGraphics: Selecting Vulkan renderer FAILED I think my computer is not old to play these kind of games. cpu AMD A10-6800K APU gpu AMD Radeon HD 8670D IGP What can I do? Thanks in advance...
134 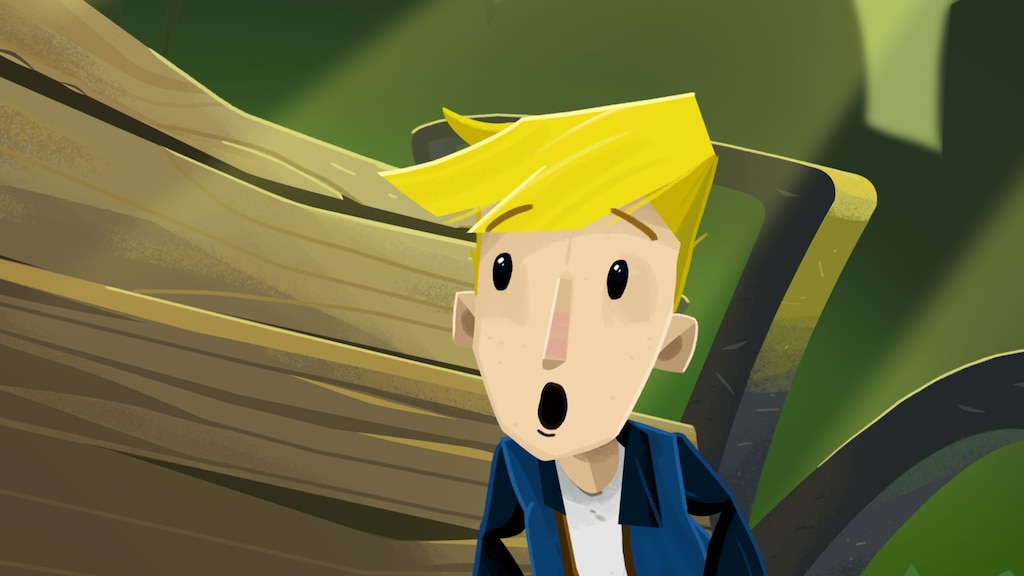 0
4
Seems he also disliked the end. 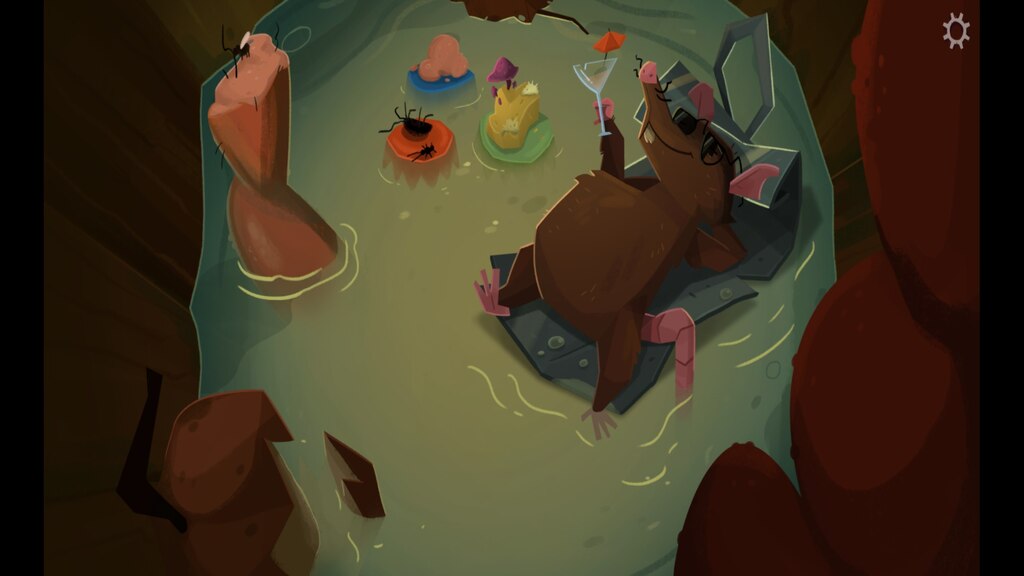 Return to Monkey Island - Speed Runner Walkthrough Guide
Hello, this is a step by step walkthrough (on Casual Mode) for each part of the story in order to progress only through the main story objectives and finish the game as quickly as possible. Recommendations: - Play on CASUAL mode (easier/less puzzles) ... 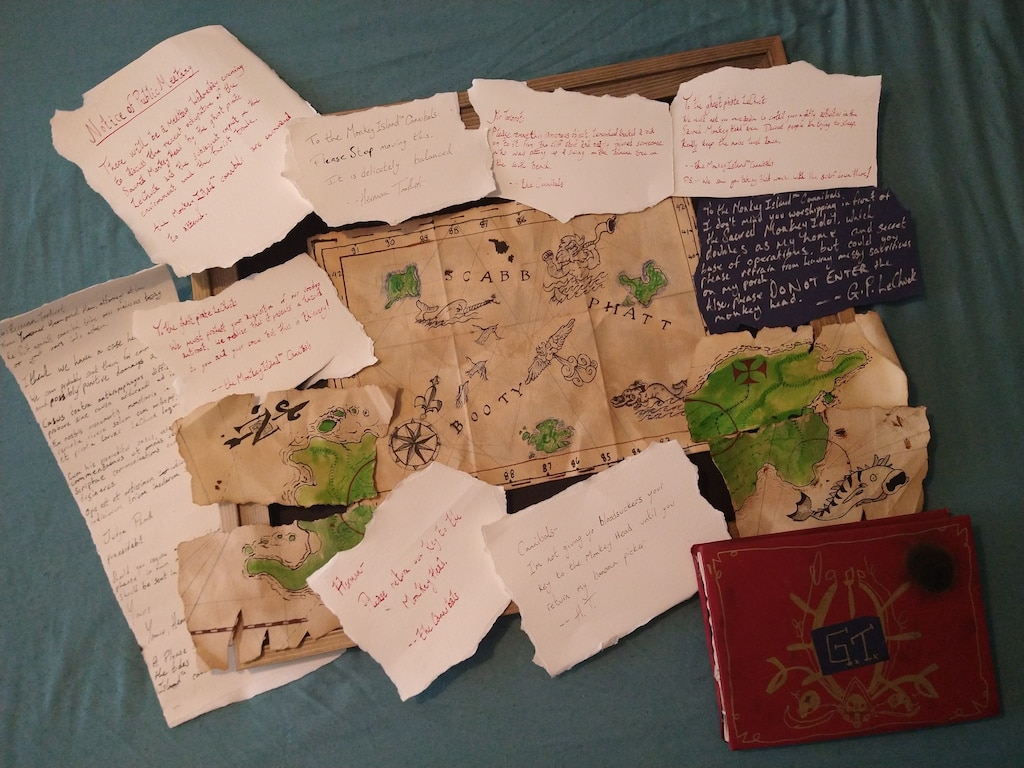 Graam
View artwork
Can't shake the feeling the game might hold a few more surprises...
Let me get this out of the way real quick: I loved RtMI. It's so lovingly and carefully crafted and has a great sense of humor. And - no spoilers - I also liked what they were going for with the ending, or the concept of it at least. In execution, not so much. Too many loose strings, felt rushed. But I won't get into it here, there are already enough threads discussing this. I can't, however, shake the feeling there's still more to Guybrush's story than meets the eye. Or are these just more loose ends an...
7 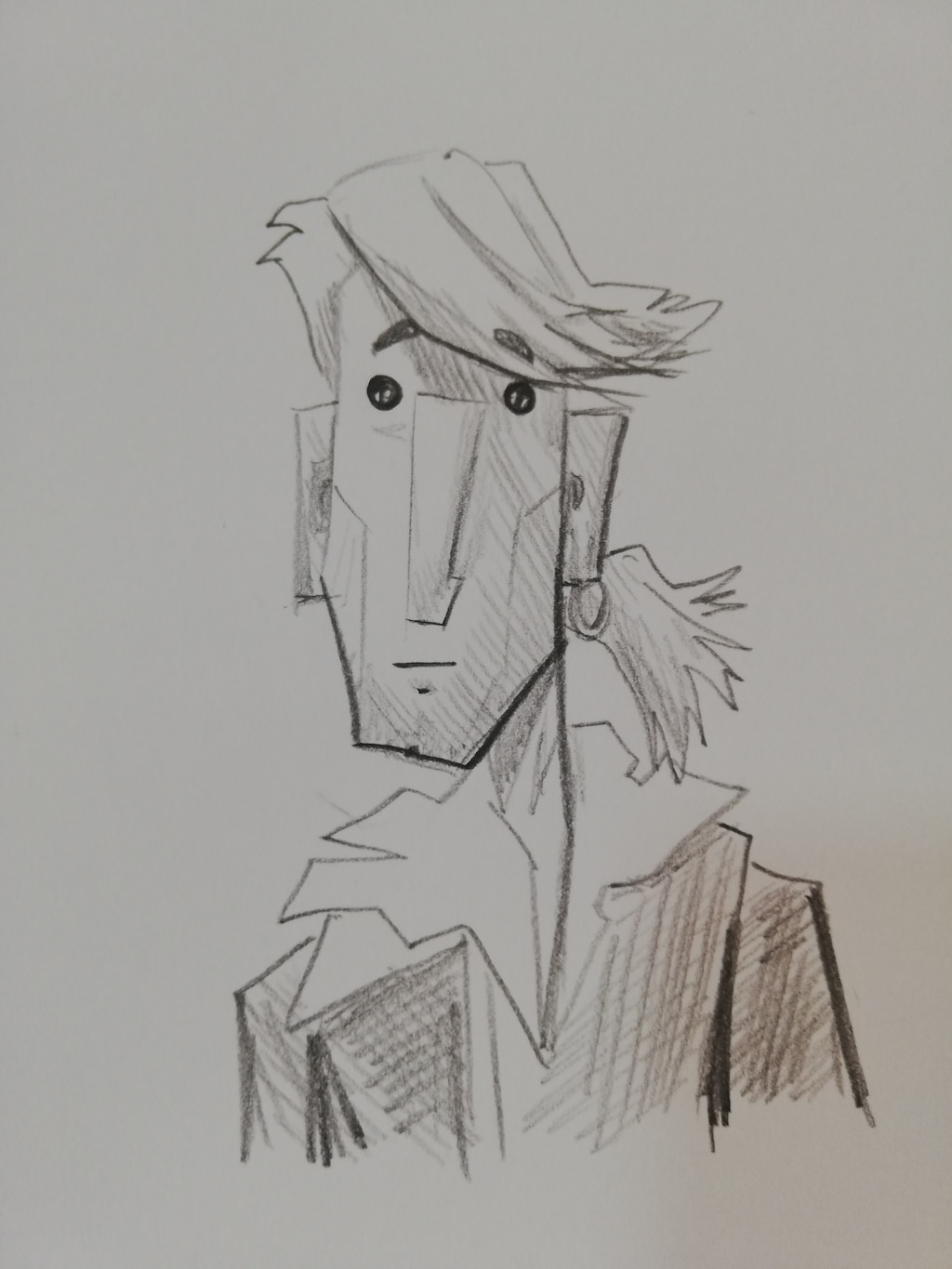 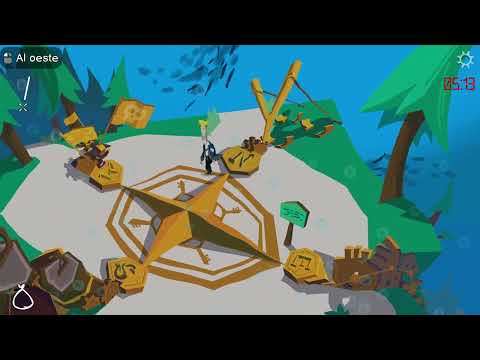 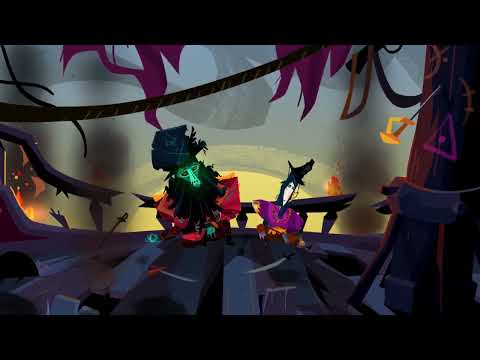 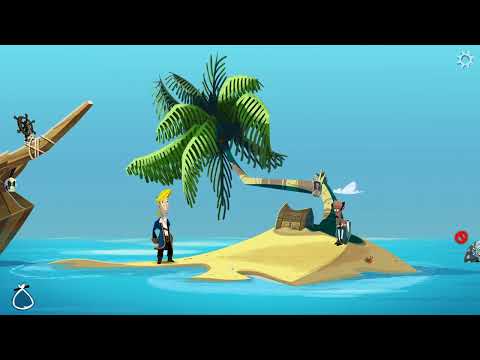 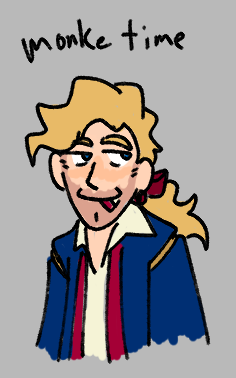 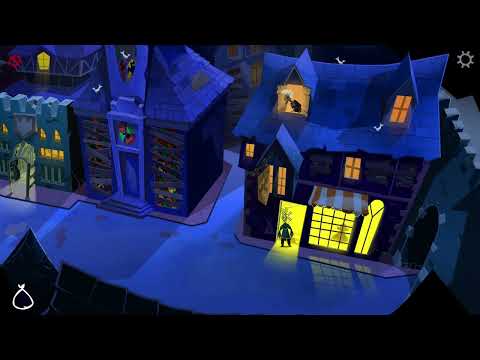 0
0
Return to Monkey Island. Logro Pez a la fuga / On The Lam Achievement 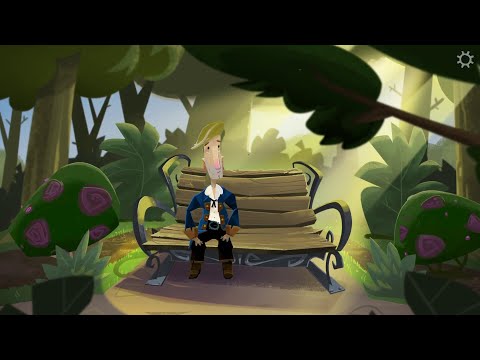