GUNDAM EVOLUTION is a fast-paced and immersive team based FPS game where you pilot Mobile Suits from the smash hit Gundam anime.
Visit the Store Page
Most popular community and official content for the past week.  (?)
EVO Coin system for Steam
3:01am
Many of you have asked if the EVO Coins purchased on the Steam Store have an expiration date.

One factor that may have misled players into believing that here is an expiration date was the fact that some of the images in the EVO Coins section of the Playguide had misleading information.
We have now updated the images to correctly reflect there is no expiration date.

We sincerely apologize for the misleading information that was presented.

Thank you so much for your continued support and understanding.

GUNDAM EVOLUTION
50
8
Hacker/Aimbot Alert
https://www.elitepvpers.com/forum/trading/5068021-s0zniz-com-gundam-evolution-esp-aimbot-markers-more.html i wonder how will the developer react to this hacking tool hmm...
11

Hak Gwei
5 minutes ago
General Discussions
System Improvements for Ranked Matches and Ratings
3:01am
The following notice has been published to the official website. Check it out.
https://gundamevolution.com/en/news/87

Implemented emergency maintenance has finished as of 2:00 PST.We appreciate your cooperation with or maintenance efforts.
We hope you continue enjoying GUNDAM EVOLUTION.

While this maintenance is happening, Gundam Evolution will not be playable.

The following notice has been published to the official website. Check it out.
https://gundamevolution.com/en/news/86

Thank you for your understanding and we sincerely apologize for the inconvenience.
*Matchmaking functions will stop working 30 minutes before maintenance begins.

Not Recommended
8.3 hrs on record
This game has a great foundation. Gameplay is really fun even though there is some balancing issues with some certain gundams being way better than others. You might run into crashes/connection issues as they're still ironing the kinks at this early stage.

The reason why I'm downvoting mainly is the currency system. You don't get any if you win/lose a match. You don't get any currency (capital) for challenges except for the beginner challenges. The battle exp is only tied to challenges but if you don't have the premium pass, 1/3 of daily and 1/2 of weekly challenges are locked unless you buy the pass. Also, the challenges are tied to certain gundams so you can't just play any gundam to finish the challenge. I bet you would have a hard time trying to finish the entire season pass for free. No real way of getting currency is really my biggest gripe and I hope they change this system.

Not Recommended
16.6 hrs on record
The game is pretty fun, but things are way too expensive and they're gating the way to obtain in game currency behind time walls which is very frustrating and honestly insulting. Apparently I don't love gundams unless I wanna spend 10 bucks on a character or at least a couple of weeks worth of grinding/logging-in.

Here's what I mean by that: As it currently stands, the way to get in game currency is mostly locked behind a time scaling gate. A new gundam costs ~2000 in game currency. As of right now (as per my understanding), you're only able to earn 400 worth of in game currency per beginner challenge page, each page is separated by a few challenges to be completed. Sounds fun right? Well, so far, each new page requires a certain amount of daily log ins.
Day 1 gave you like a ticket and a stamp, and I think 50 of the currency. Day 2 required 2 daily log-ins and gave 400, Day 3 requires 3 daily logins and gave 400, and seeing as there are quite a few of these left, we're all left to speculate that this will follow suit with the rest of the challenge pages.
So when I want to get to 1200 from 800 I will have to wait for 4 more days, and to get 1600 will be 5 days after that, and to finally get to 2000 I will have to wait 6 days after that. So we're talking 20 days (again for emphasis: 2+3+4+5+6, 20 daily log-ins) before I can unlock a character. It has nothing to do with skill or grinding, just logging in like a (gun)damned gacha game.
And because of the time sink, I don't want to spend any of the in game currency on things like lootboxes, or the fun things like sprays, animated icons, or even suit/weapon skins, I only want to save because having a new character is more fun than having a tricked out starter character (imo).
And also, with like, nothing as the reward for matches, I don't even wanna play, my loop is finished. I don't get to play a new character for almost an entire month, so my experience for the next few weeks will essentially be the same and I don't even get any currency for it, and when I'm playing with randos and things aren't fun, I don't have a "Well at least I'm working towards an exciting character that'll give me some more options and possibly let me have way more fun!" I just have to grit my teeth or just not play and wait for my log-ins.
And also, you can't even test the characters in the practice range! So I've got to wait 20 days to buy a character, do a ton of research for a character with like 4 or 5 abilities, and then even after all of that, I may find it lackluster or not fun and then I'm just out of luck! I don't think you can refund characters, and if that happened, and I waited all that time and I don't absolutely love the next character, I'd probably quit playing honestly, which is what I fear will actually happen.

Unfortunately, with how it's progressed so far, it really seems like I won't be able to get the character I want for a long time, which is very disappointing to say the least and why I feel hesitant to recommend it.
It reminds me of Evolve's and SW Battlefront II's dlc plan, and we all know how well that went for them.
If I'm wrong about farming in game currency, or if they update it to be less rigid, like giving people a minuscule amount of points for playing matches (which I think we all thought the system was going to be going in), I will gladly change this review, but until then, I've stopped recommending it to people because you're not rewarded for effort, just for how many times you log-in. Which really sucks, because this is celebration of Gundam throughout the years, has a lot of neat and fun ideas and, has plenty of potential to be super fun.
Edited because of bad math

1
11
The only logical choice for a 3rd brawler. 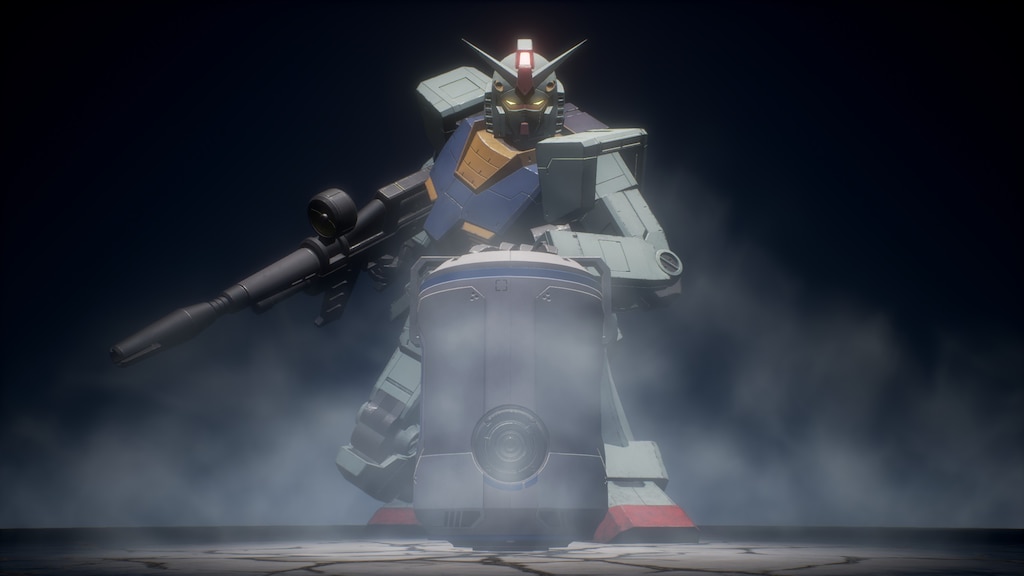 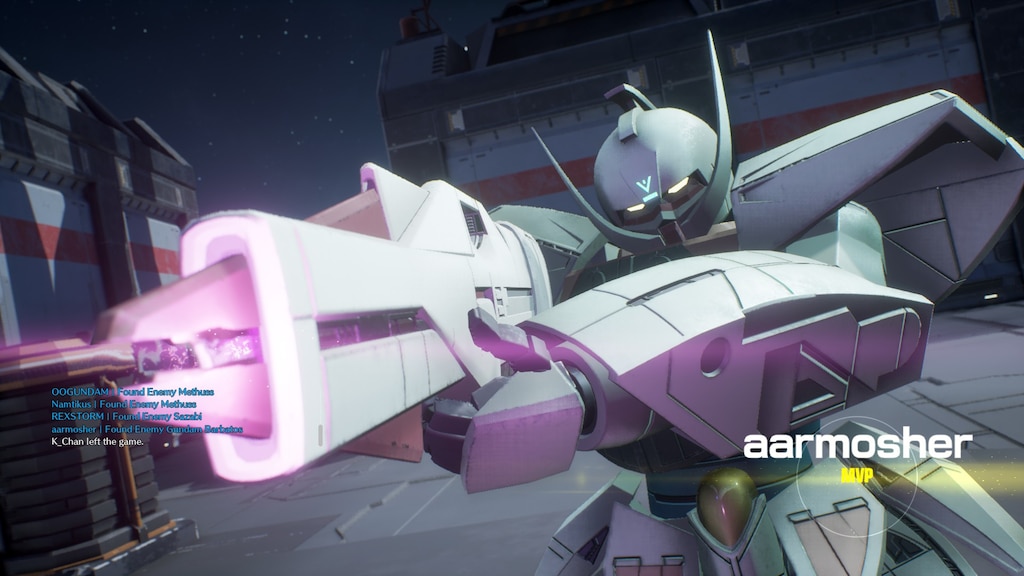 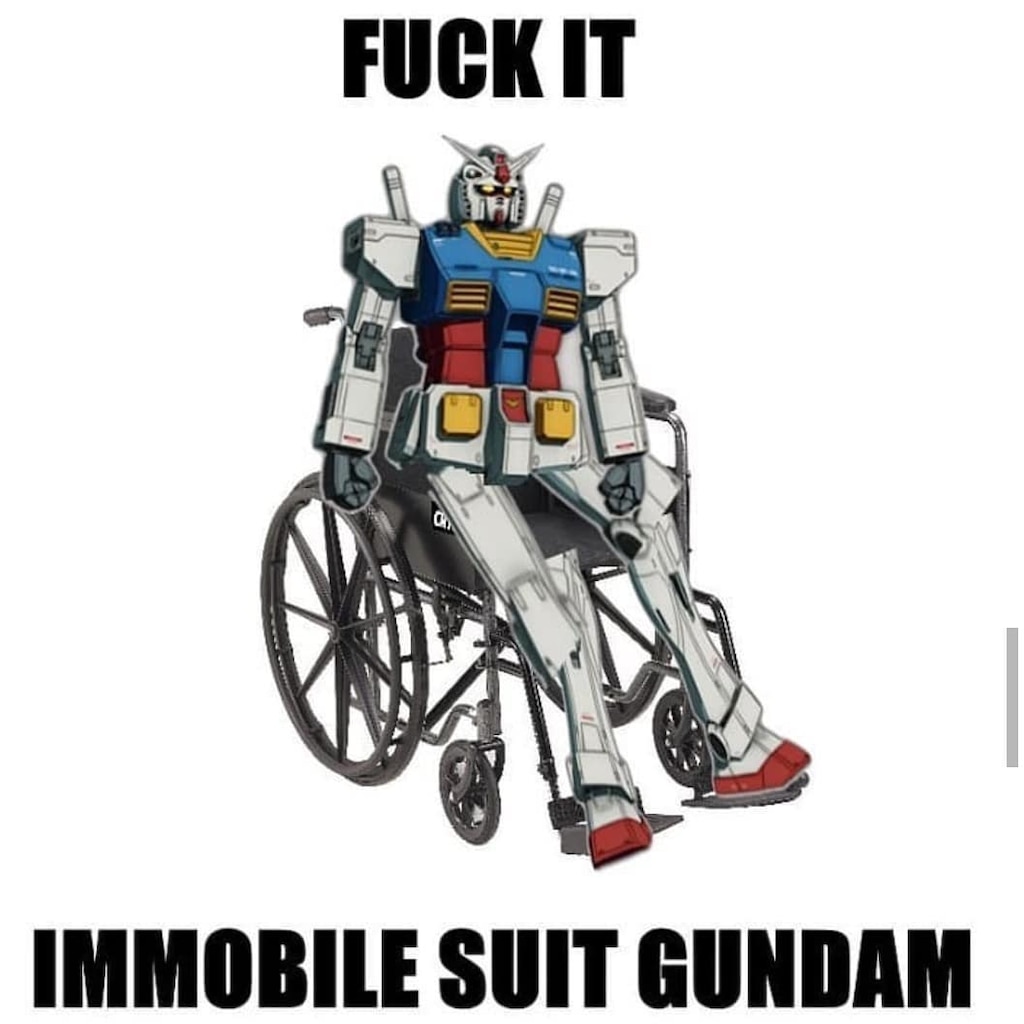 2
3
When the enemy barbatoes flanks your team 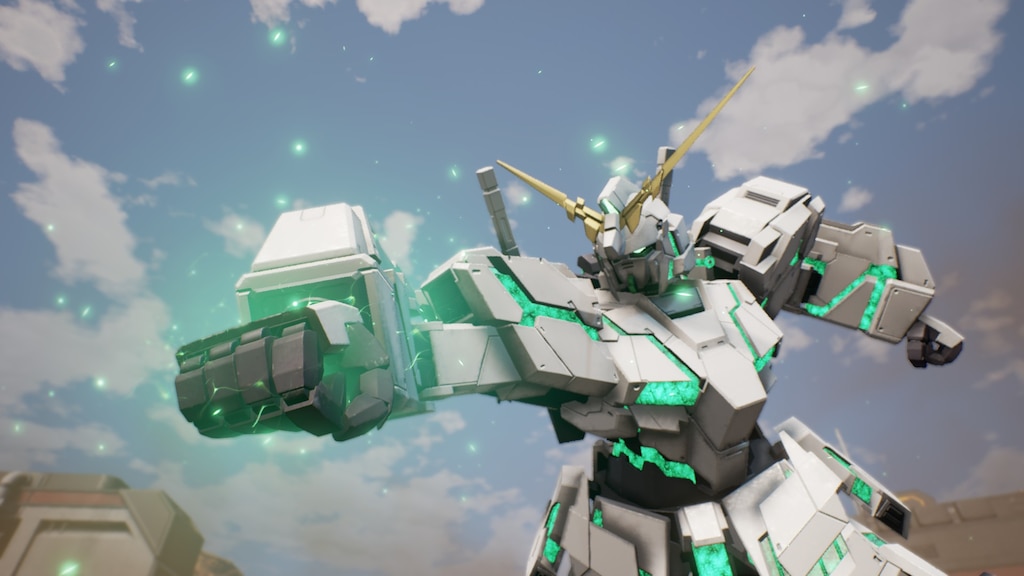 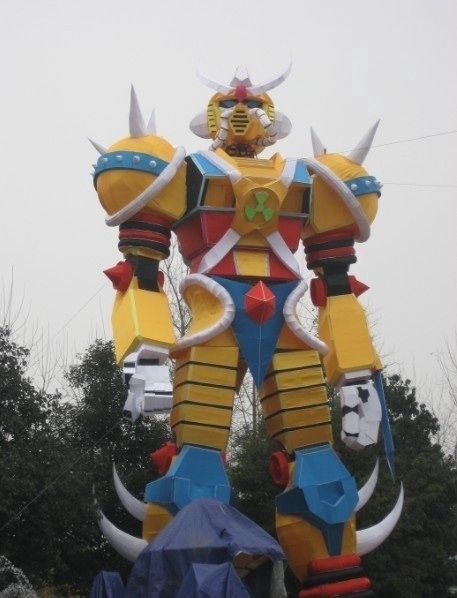 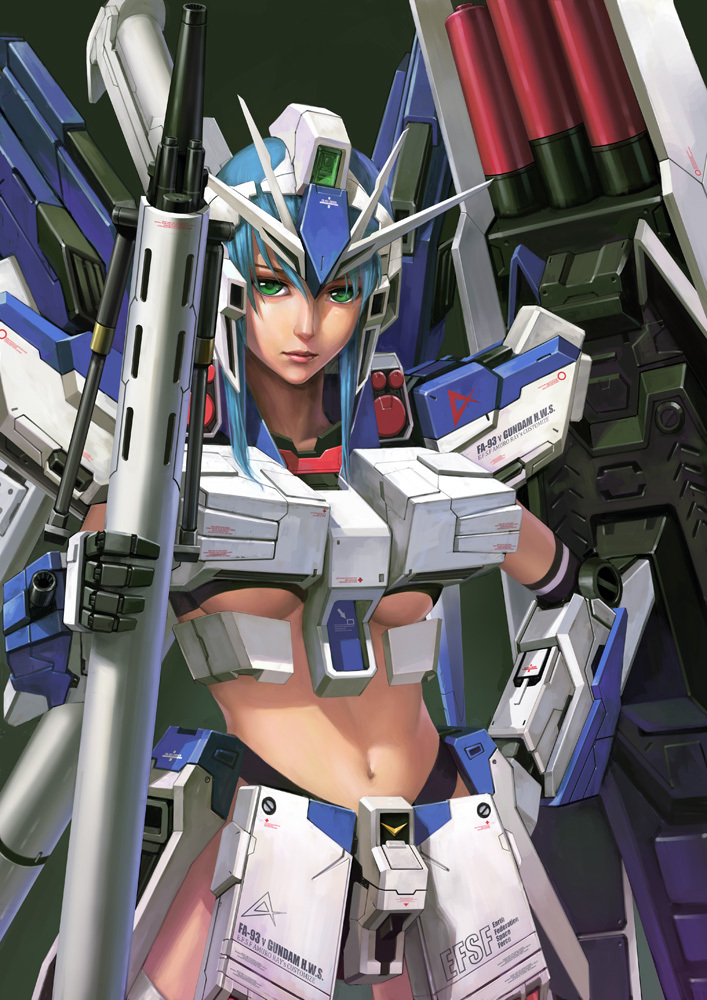 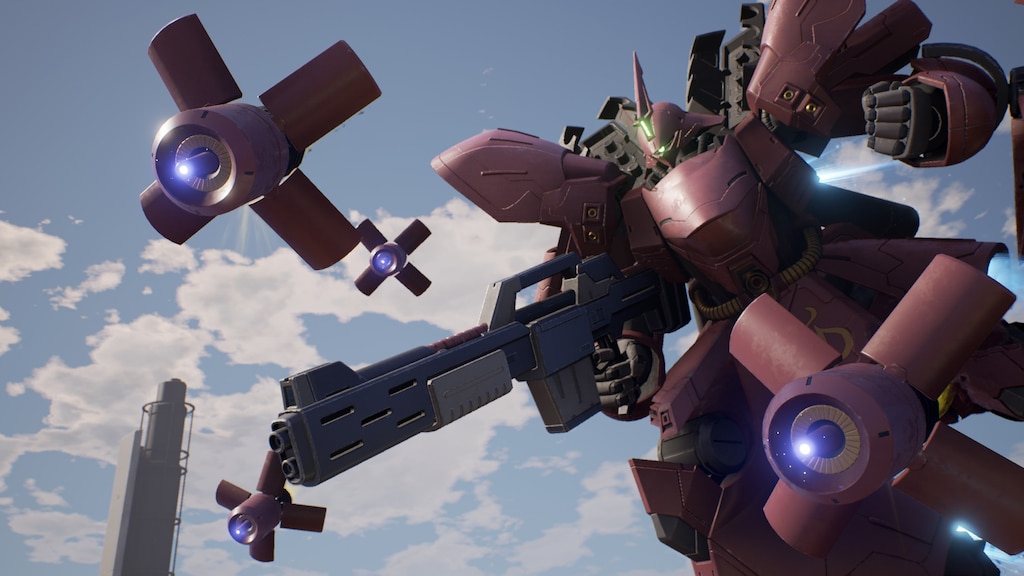 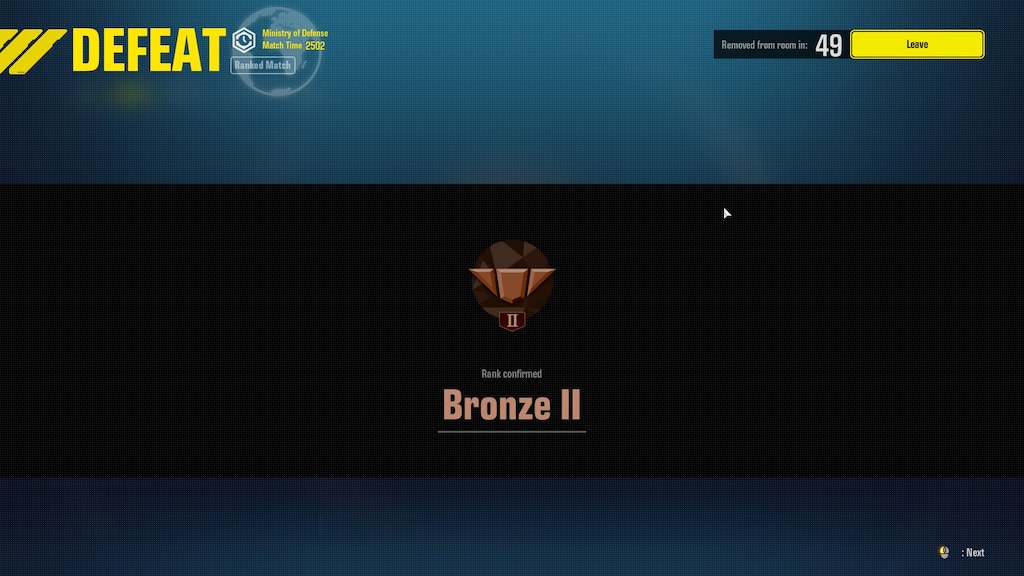 Disable Mouse Acceleration
By default mouse acceleration is on and its awful. This will fix it
42 ratings 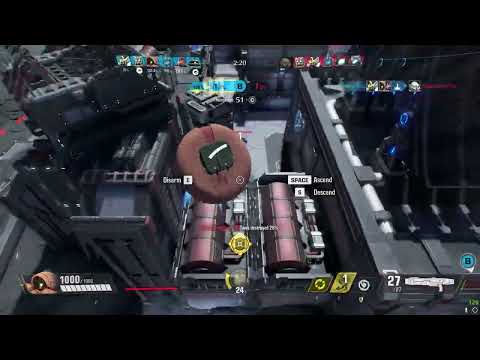 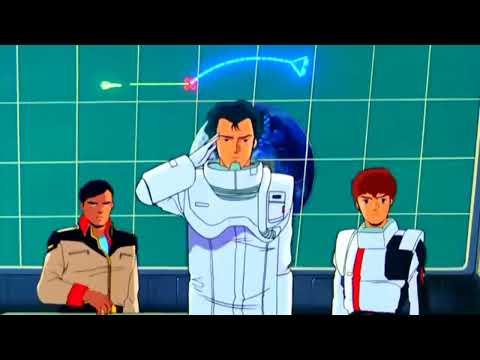 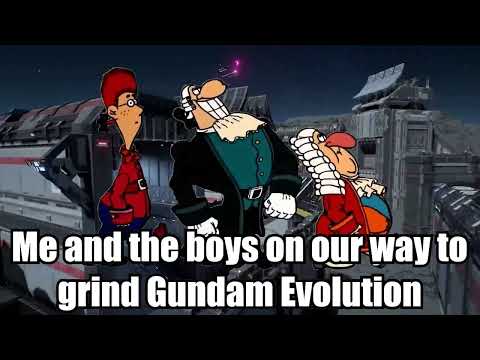 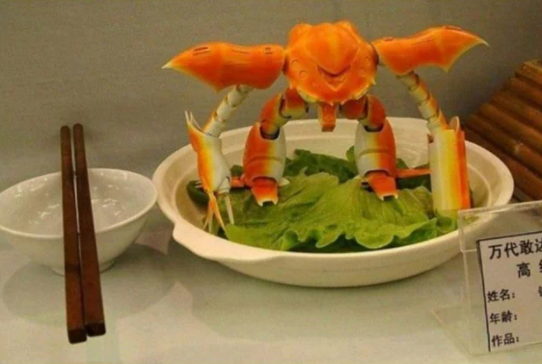 Sazabi: A guide on truly becoming the Red Comet
This guide will go over the basics of playing Sazabi and tactics for dealing with a variety of opponents and scenarios. 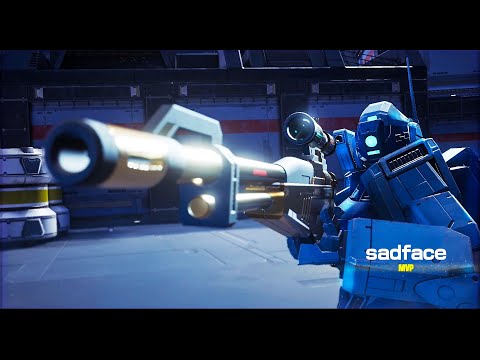 0
2
The Best Sniper in Gundam Evolution 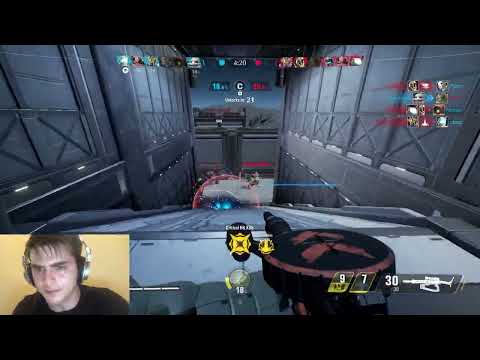 Disable Mouse Acceleration
By default mouse acceleration is on and its awful. This will fix it:

SuperSkywarpGreer
View all guides
Almost 50% negative reviews
It's hilarious how obvious people are desperately trying to positively review spam this game to save their "esports" career in which they think they are going pro and living off the prize money. Instead of investing multiple hours and time, why not use it to actually constructively criticise the game instead of saying how it's the OW killer and best up and coming esport over valorant. Maybe they'll listen when the reviews hit the negative. There has been times where devs went back to the drawing board an...
66

BRISK
4 minutes ago
General Discussions
Can't join ranked match
I'm above level 20 and queuing for ranked matches is available but whenever I do its stuck searching for a match? Anyone know why and/or have a solution?
1