Welcome to Escape Academy. Train to become the ultimate Escapist. Solve Puzzles. Hack Servers. Meet the Faculty. Brew the perfect cup of tea. Escape Rooms in single player or co-op with a friend - local or online!
$19.99
Visit the Store Page
Most popular community and official content for the past week.  (?)
Escape from Anti-Escape Island - Upcoming Patch
Nov 16
Hey there Escapists!

We've made it through launch weekend on our first DLC and are glad people have been able to experience what the Coin Crew Games team has been hard at work building the last few months. That being said, we've received reports of bugs and some feedback on the UX for specific puzzles and we wanted to let everyone know that we're aware and actively working on fixes!

We are super appreciative of the feedback and we wanted to make sure the community knows we're taking the reports seriously and we're shooting to get a fix out as quickly as possible (while ensuring all the fixes are bulletproof).

What are we working on?
There are a handful of nasty desync issues and one puzzle in particular has some UX smoothing out that's needed. More specific patch notes below.

If there are additional bugs that have effected your experience with the DLC, please let us know in the comments or on our Discord! We want to make sure this patch captures and fixes as many issues as time allows.

Timeline
We are planning to push a new version of the game up to our "Hotfix" branch this Friday 11/18.

As a heads up, it will take a bit longer to get the fixes pushed and ported to consoles, so for those cross-playing with friends on non-Steam platforms, there may be some compatibility issues on the hotfix branch as we're introducing new features for one of the puzzles.

Provided everything is stable, we'll get this all merged on to the main branch and all other platforms as soon as possible.

A Note from Coin Crew Games
For those of you who've had their experience with the DLC and Escape Academy soured by bugs, we are sorry! We hope that these fixes will encourage those who were unable to finish the DLC, to do so.

Your feedback and engagement is important to us so PLEASE continue to flag things as they arise. We'll do our best to fix in a timely manner and take all of these learnings into future Escape Academy content.

Escape Academy
40
4
DLC Minesweeper unsolvable?
I've come as far as the minesweeper puzzle with Jeb. I've solved it as far as I can, but am stuck. See the image below. https://ibb.co/HPkwN1z I can't move diagonally without touching the corner of a bomb, but I can't deduce where the other mines are. Am I missing something really obvious?...
11

For players who purchased the DLC through season-pass, just make sure you update your Steam build and it will now be available! For those who have not purchased the DLC yet, head on over to its Steam Page and get to escaping.

Once installed, the DLC will be available via the campus map screen by pressing TAB and selecting Escape From Anti-Escape Island.

The Coin Crew team is thrilled to be able to share this DLC with everyone and keep your eyes peeled for news on our future content.

Escape Academy
43
4
Not Launching on Steam Deck?
Launched and played it just fine last night, tried again today and the game gets stuck on the opening screen with the logo in the middle. Tried verifying game files, moving the game to the internal drive, closing the game and restarting the console. Nothing seems to work. Any ideas?...
5 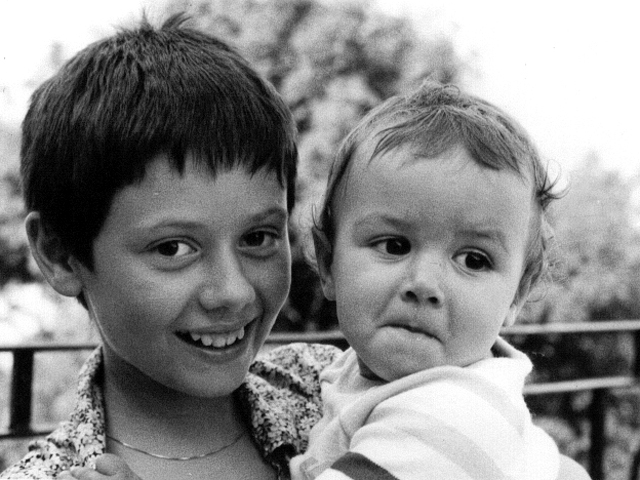 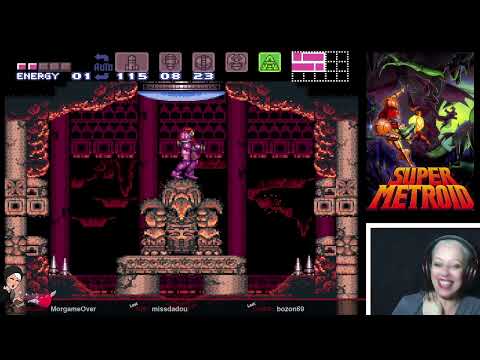 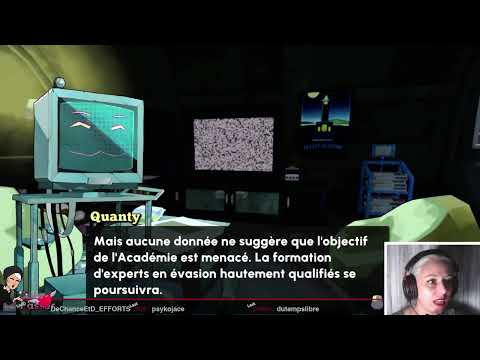 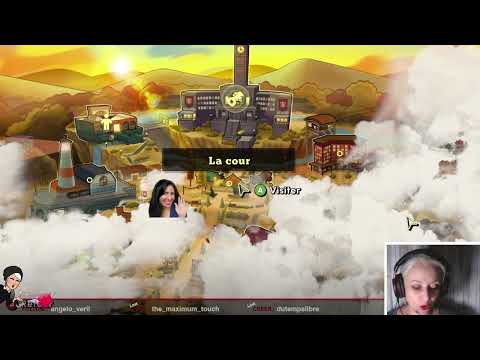 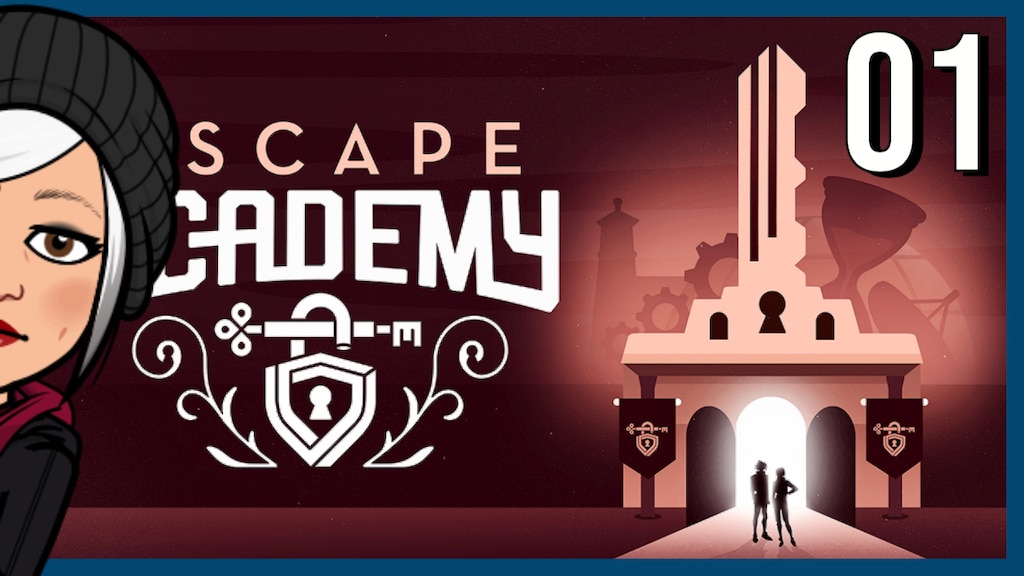 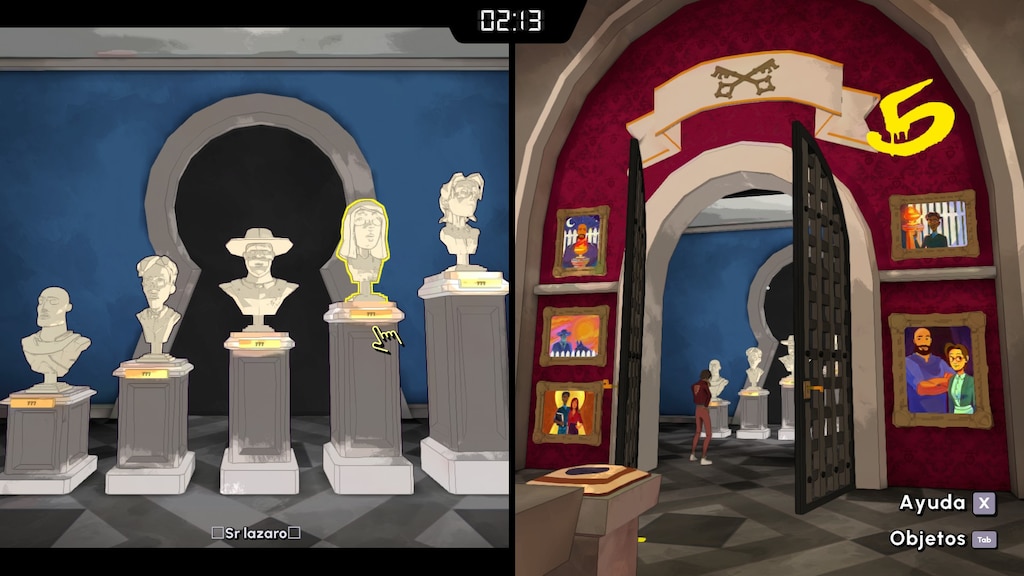 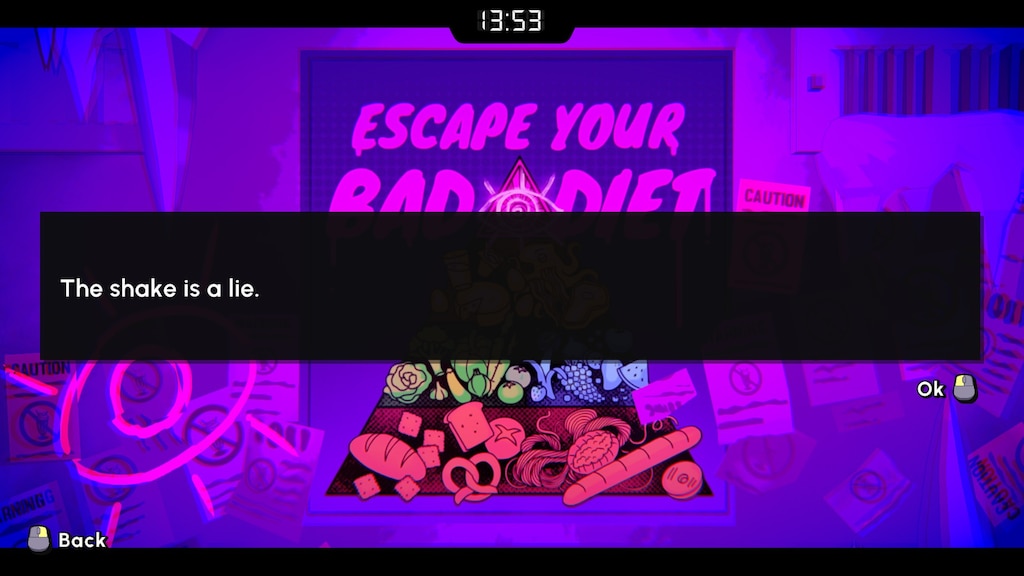 Recommended
8.3 hrs on record
Fun solo or with a friend. Engaging and humorous story-line and intuitive interface. The art style is nice, and the music suits each environment. You'll enjoy the characters and the voice acting as well. Only issue I had was during online multiplayer mode where as you finish an area the game freezes. I believe they're working on that, as the dev has requested log files from affected players on their Discord server. I do highly recommend the game, however if you plan on playing online with friends you may want to check first to verify they've sorted out the glitches.

100% Achievement Guide - Escape Academy
Info on getting all achievements. 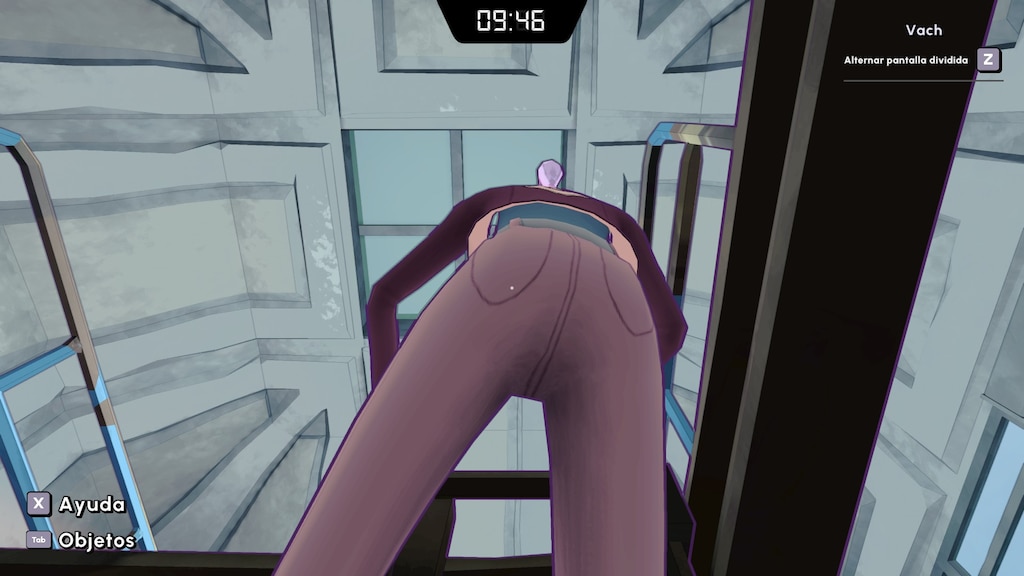 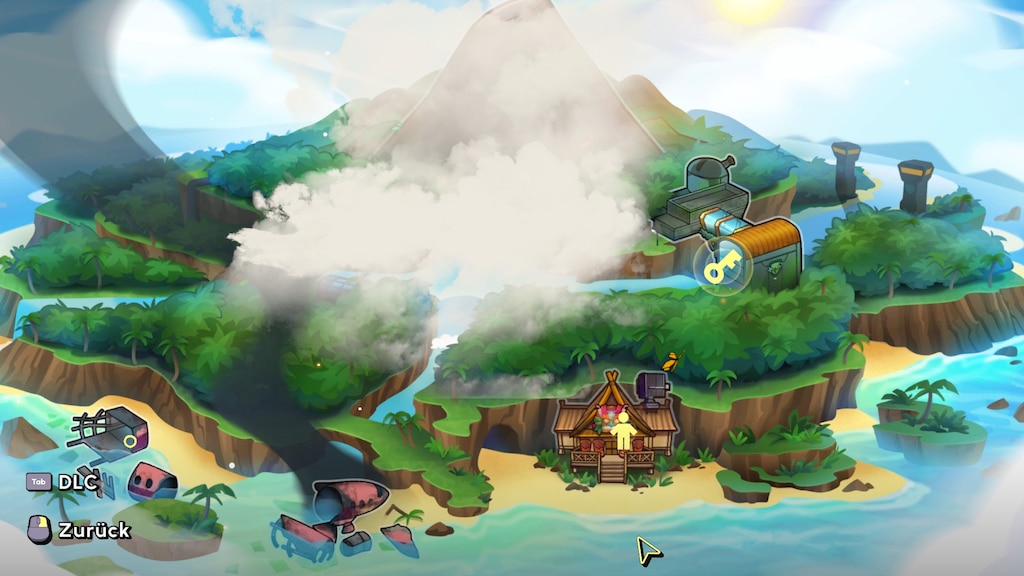 We’re thrilled to have been part of such an awesome lineup of games and can’t wait for everyone to play all the new levels that our team has been hard at work crafting for y’all.

And for those of you in the bay area… 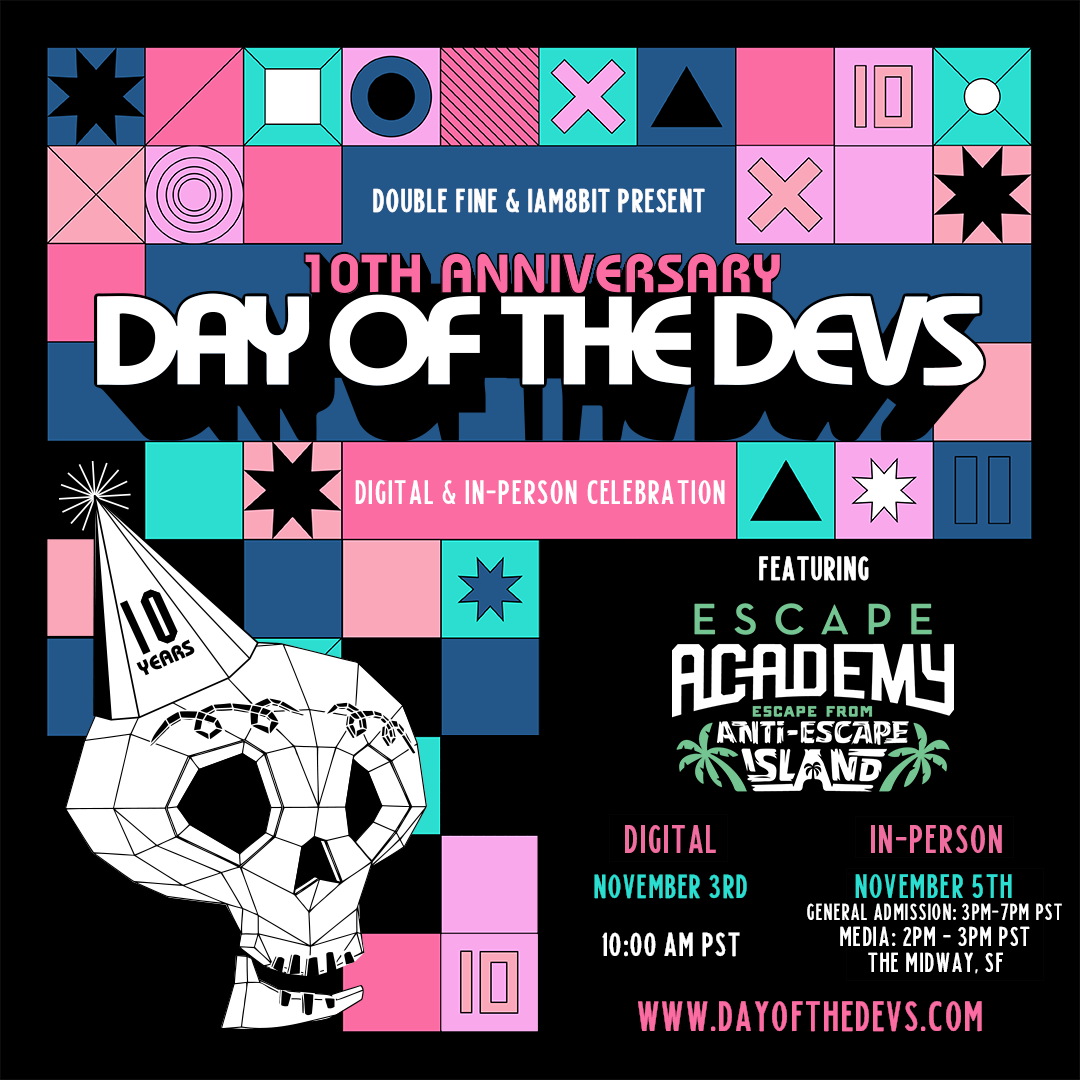 And last but CERTAINLY not least…

Over 1 Million Players Across All Platforms
That’s right– Escape Academy’s student body has exceeded 1 million Escapists! We at Coin Crew Games could not be more overwhelmed by the response our game has had and we’d like to take this opportunity to thank all of those who have played, streamed, or shared our game with their friends. 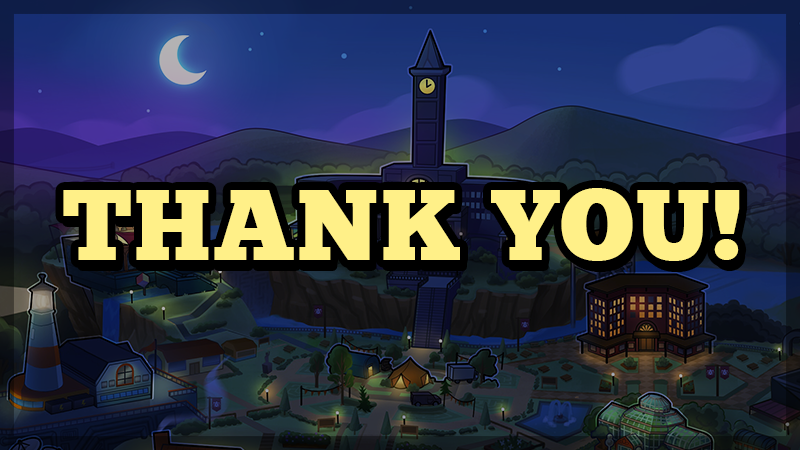 Stay tuned for more from the Escape Academy universe. 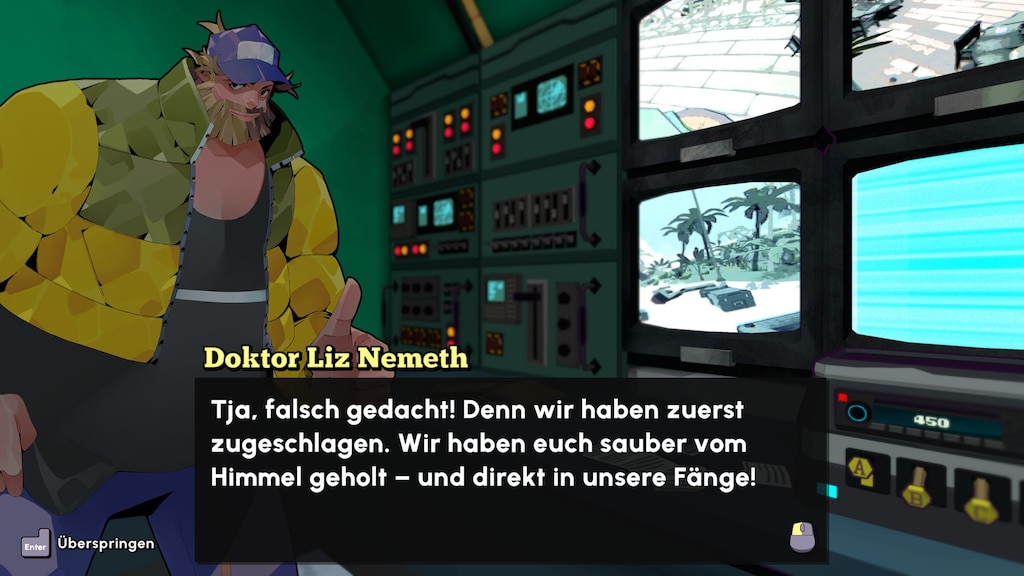 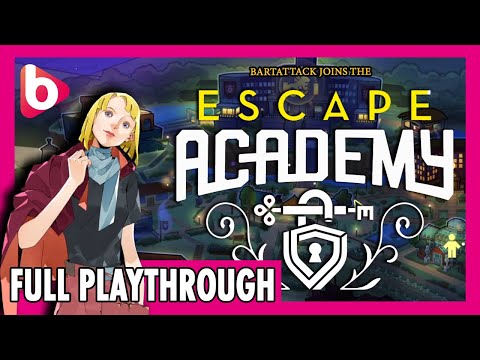 tasselfoot
Nov 12 @ 1:30pm
General Discussions
Crashes
With the latest update, I played Multiplayer with a friend. First - Instead of my friend's name, it would say "Joining Player" on the accept screen. Then, when we'd complete an escape, it would take us back to the 'set' without an NPC, with just a skip button. When we attempt to leave, it will not let us leave and I had to force quit the game instead of leaving the scene or the game from any menus. This happened 3 times. As well, when we went to the Headmaster's Office for the final escape, there were...
4

CrazeeJae
Nov 25 @ 6:11pm
General Discussions
Will not launch on Steam Deck
Should not have "verified" status. Refund requested. Bummer, been on my wishlist for weeks waiting for a sale.
9 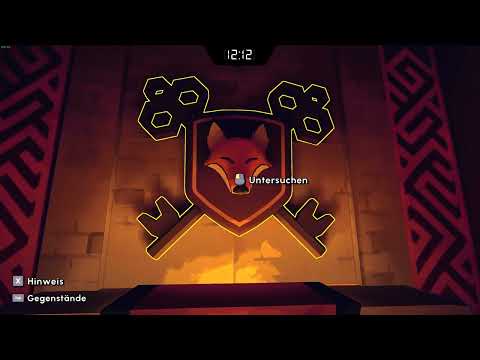