Join the "Firefly" task force and unveil the sinister plot behind the exclusion zone in the world of Lost Light. You could either scavenge for supplies or go out with guns blazing and plunder. Survive the brutal domain where danger lurks in every corner!
Visit the Store Page
Most popular community and official content for the past week.  (?)
26.09.2022 Update Notice
Sep 26
Dear Fireflies!
[Lost Light] is scheduled for a server update at 02:00 (UTC) on September 29th, 2022. The estimated duration is 2 hours. Your game experience will be affected during the update. We recommend waiting until the update is complete. We apologize for any inconvenience this may cause! Please restart the client after the update to experience the new content. We will send a small gift to your mailbox for your troubles.

Update content:
1. New skin [Kivy League] goes live!
Event time: Sep 29th, 16:00 till Oct 5th, 15:59 (UTC)
The new skin [Kivy League] is on sale with 20% off on the first week. The original price will be restored after the event ends!
Get an exclusive avatar by purchasing the skin during the event!
2. [Total Top-Up] event goes live!
Event time: Sep 29th, 16:00 till Oct 5th, 15:59 (UTC)
Top up Light Points (LP) during the event and get additional rewards, including limited emotes!
Note: Only LPs refilled via direct payment can be eligible for this event. LPs received as a bonus in other events will not be eligible.
3. New currency: Skin Coin, used to purchase specified supplies in the Shop.
4. You can get the Skin Coins by decomposing the same type of skins.
5. You can now add friends using a dog tag while in the Shelter.
6. Now you can copy the text of messages from the chat.

Xzizz
8 hours ago
General Discussions
19.09.2022 Update Notice
Sep 19
Dear Fireflies!
[Lost Light] is scheduled for a server update at 02:00 (UTC) on September 22th, 2022. The estimated duration is 2 hours. Your game experience will be affected during the update. We recommend waiting until the update is complete. We apologize for any inconvenience this may cause! Please restart the client after the update to experience the new content. We will send a small gift to your mailbox for your troubles.
Update content:
1. New weapon skin [Direwolf]!
Get the Direwolf skin for AK74M through the drawing event. 100% obtain chance within 10 consecutive draws! In addition, get the exclusive emote, lv 6 helmet and armor, million Luna, and more other prizes!
The M700 Direwolf and MPX Direwolf are on sale with 30% off (336 LP) in the first week. The original price (480 LP) will be restored after the event ends!
Event time: Sep 22th, 16:00 till Sep 28th, 15:59 (UTC)
2. You can now optionally change Avril's daily/weekly tasks to other ones, or selectively save them for the next update cycle.
3. Added press/hold key control settings on the PC client.
4. Added search by flag ranking function.
5. The regional leaderboard added the ability to lock 3 flags, making it easier to follow the desired regions.
Optimizations
1. Optimized the regional leaderboard flags display logic; the set flag will be in the top position.
2. Adjusted the difficulty of weapon modification missions; more text details will be given in the mission description.
3. Optimized the mission entrance button in the main interface; now to switch tasks, you can slide the entrance icon (UI optimization).
Bug Fixes
The night scenery is not as bright as it used to be.

Not Recommended
45.9 hrs on record
I was originally drawn to this game as something to pass the time while I waited in queue for World of Warcraft Classic. A game that's essentially Tarkov-lite, that runs on both PC and mobile? Heck yea I'll give it a shot. I've always liked watching good players play Tarkov, but was intimidated by what (to me) is a complex system of countless types of ammo, armor, loot, shelter upgrades, etc.. The fact that Lost Light appeared somewhat simpler overall was a huge draw.

Basic premise is you're a mercenary of sorts, dropping into hot zones, killing NPC and player characters, getting loot and equipment, and hopefully extracting safely.

The game is free to play and while it does advertise how to spend money for a battle pass, skins, etc., it wasn't as in your face as I had feared. The graphics look good on mobile to me, and while on PC they are a little simple, I frankly didn't mind at all.

After enjoying it for several hours I felt comfortable spending enough money for the battle pass and a skin. I also shared with a lot of my friends that this is a cool game where we can team up and try not to die. I'd never played a game like this and definitely enjoyed it. My friends downloaded the game and went through the grind of the tutorial missions so we could play together. They of course also enjoyed it.

However, after a few days we log on to play and one of my friends found out they had been banned. I was thoroughly confused, as I've played multiple games with this friend over the years and he's never cheated, never had a ban or suspension in the history of me playing with him. He immediately started downloading Tarkov, but I begged him to send an e-mail to dispute the ban.

After a couple days he received a poorly worded e-mail that stated (paraphrasing) that there was some sort of program detected running on his computer, and even if it wasn't intentional or even something to cheat with, he should have somehow known the program was a problem, and the ban will not be removed. The e-mail did not provide any information on what the program could have been. My friend was permanently banned with no recourse, because essentially he should have known better than to have another program running at the same time? Once again I know for a fact he does not run cheats, in any game we've played over years. This is most certainly a false positive but he was not given a warning, temp ban, anything reasonable. Just locked out forever.

Then I did a little digging online....

Turns out, there's several posts on Reddit, in discussions on Steam, etc., where other players are reporting being banned for either 3 days or permanently, and if they do get an e-mail response it's essentially the same thing, again worded poorly. Apparently teaming with someone who is cheating, even if you don't know they are, is ban worthy. So I guess never team up with anyone random, as you may get banned. This probably includes rescuing someone you beat in a match if I were to guess. So no teaming up and kill everyone, in a game where teaming up is supposed to be encouraged....

Running a program when Lost Light is on may or may not trigger a ban as well, so you roll the dice if anything else is running I guess. Since I literally play this while waiting in queue for WoW, guess it's only a matter of time till my account is banned.

I do some more searching and find what appears to be an official site for Lost Light, where they have old maintenance and update posts. What I find interesting is that in many of them they very proudly announce just how many players they've banned since last update, then post their game ID numbers, minus a few digits in the middle, in order. Like a big merit badge. I wonder how many of those hundreds of bans are also false positives that they don't care to check.

I'm just highly disappointed as I actually really, REALLY like this game. But if one of my group of friends can't play, we will all move on. I hope a dev is able to read this, because if they continue to chop their own legs off when the game is relatively new and fragile in it's growth (at least on steam), then it will quickly die. If you haphazardly ban one in a group of friends, they will all leave your game.

As it stands it seems legitimate players will continue to get banned with no recourse. I cannot recommend playing this game and I certainly can't recommend spending money on it, as there's a decent chance you'll be banned at some point and it all be for nothing.

If anyone has read this far, I'd love some suggestions for another game that is similar in both feel and complexity.

Archangel
292 products in account
0
14.09.2022 Update Notice
Sep 14
Dear Fireflies!
[Lost Light] is scheduled for a server update at 02:00 (UTC) on September 15th, 2022. The estimated duration is 2 hours. Your game experience will be affected during the update. We recommend waiting until the update is complete. We apologize for any inconvenience this may cause! Please restart the client after the update to experience the new content. We will send a small gift to your mailbox for your troubles.

Optimizations
1 Updated the design of the map Mt. Akiyama. Added resort area on the south side of the golf course.
2 Adjusted the spawning probability of some weapon parts, medical supplies, and quest items.
3 Adjusted the completion requirement for certain tasks from "Kill" to "Knockout".
4 Added new resolution settings for PC.
5 Fixed some UI display errors.
6 Simplified the beginner process on some servers.
7 Optimized the effects display when taking damage.

Not Recommended
46.2 hrs on record
Product received for free
Great game, would get addicted to again, perfect for using up your endless time and ignoring your problems.

Don't play it unless you're prepared to get permbanned out of the blue for no reason with no appeal.

Not Recommended
0.2 hrs on record
uninstalled after reading the crazy amount of data this game harvests from users when they install. Also has a couple small exe's running in the background streaming out data.

my instincts say this is problematic

UNINSTALLED on the spot.

How to cheat in Lost Light? [FREE✔️]
This guide will show you how to successfully bypass anti-cheat and quickly gain an advantage over other players!
104 ratings

my toy
View all guides
Guide 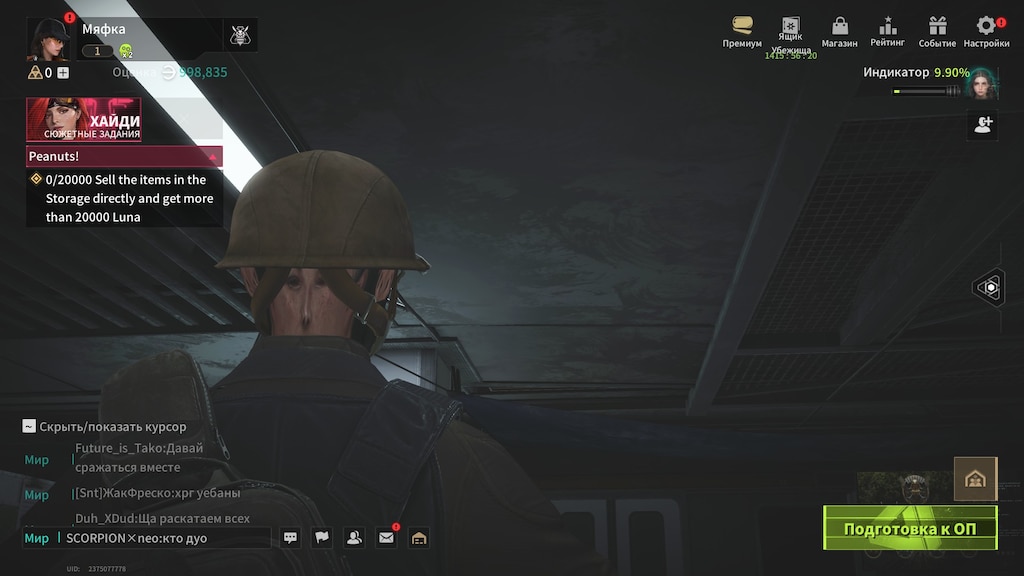 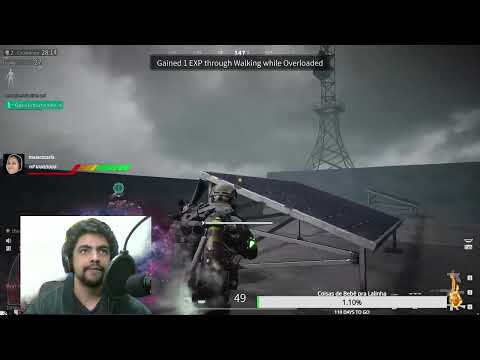 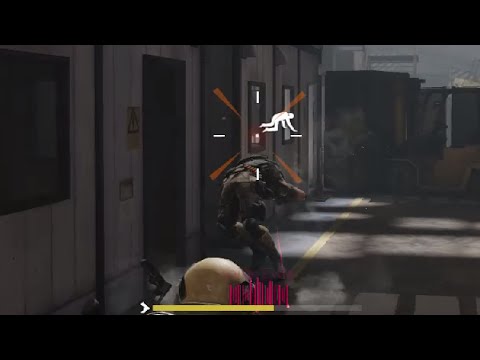 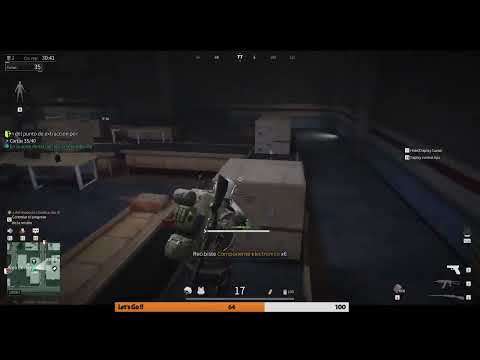 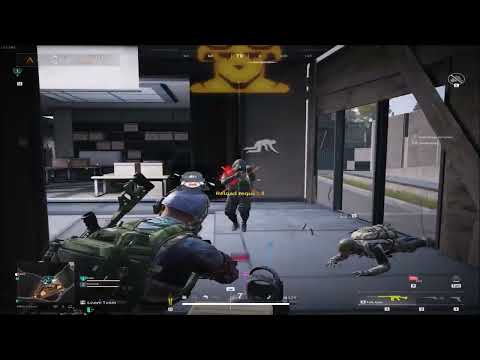 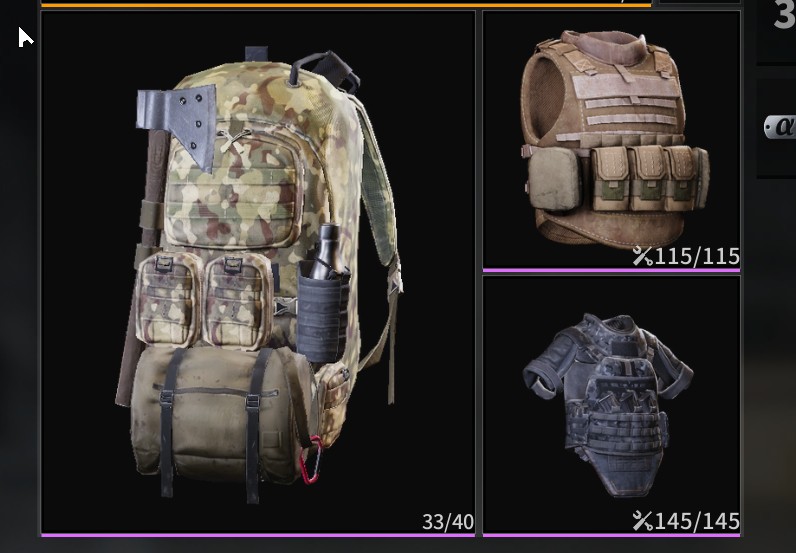 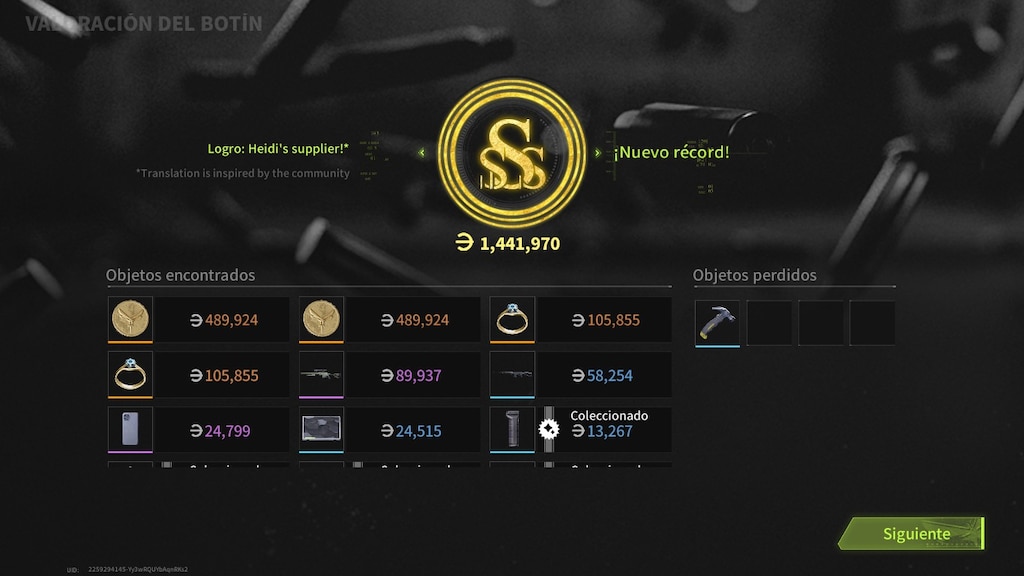 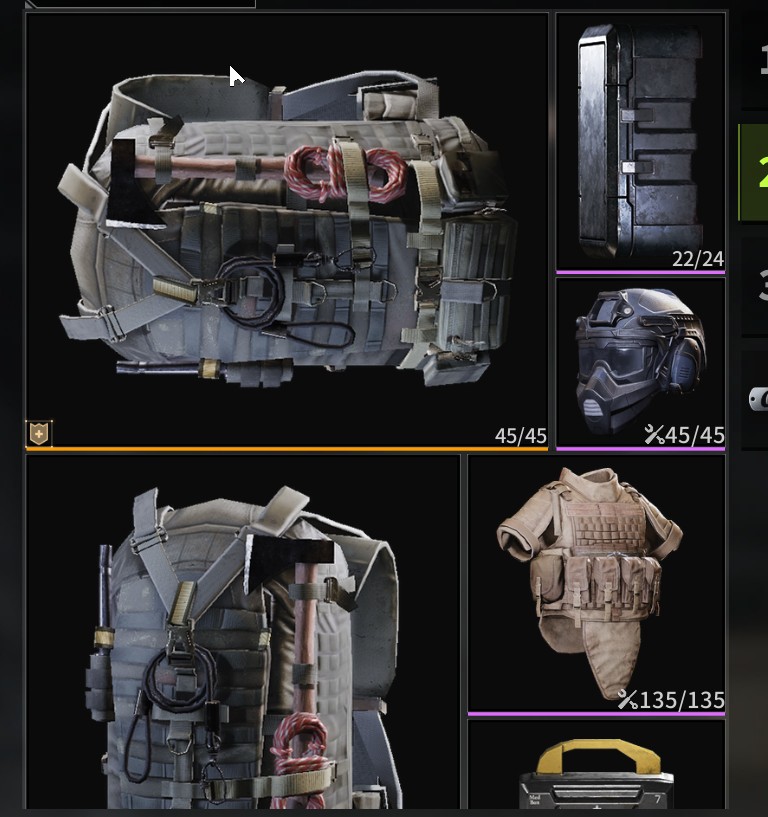 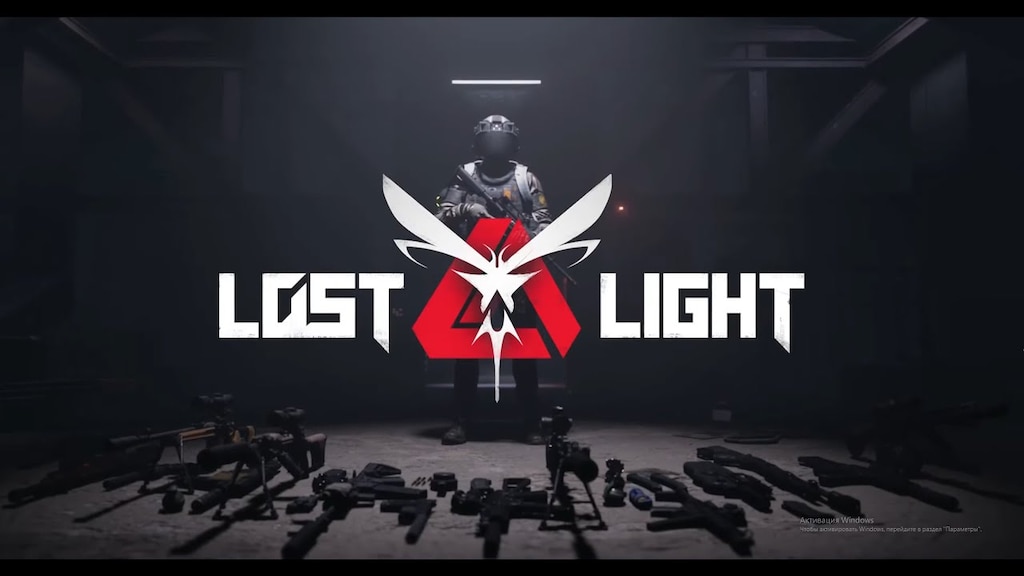 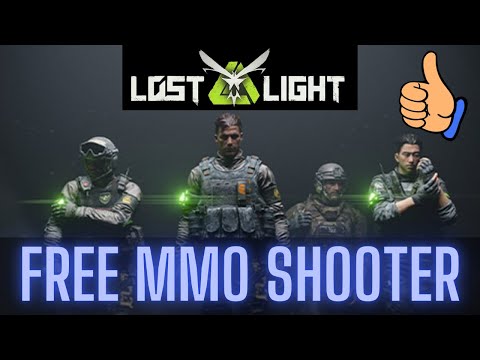 Reference code / Реферальный Код
Reference code gives you a nice kickstart with a Mercury Secure Safe 2x2 and a bonus avatar frame. But how does one create a reference code? 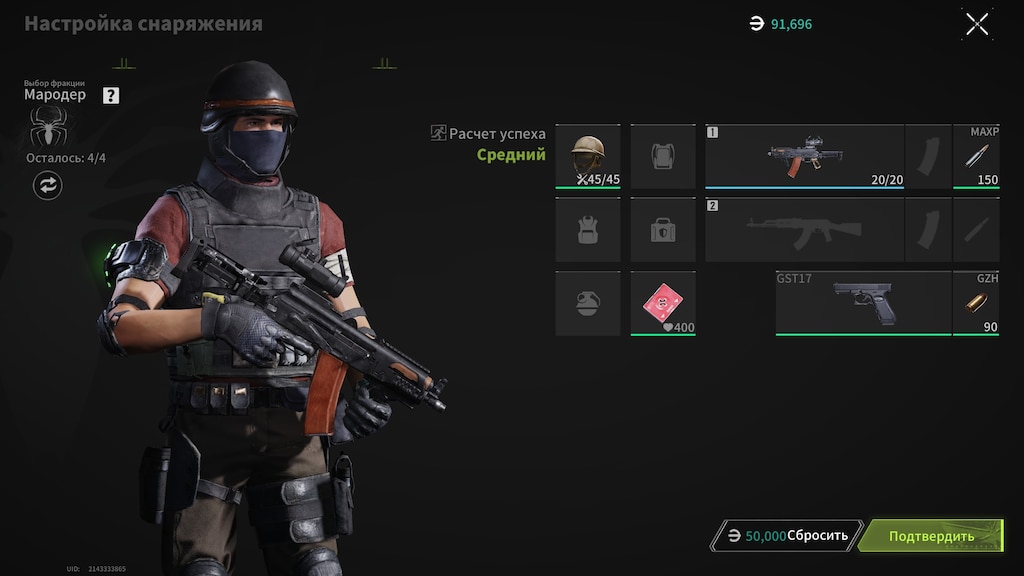 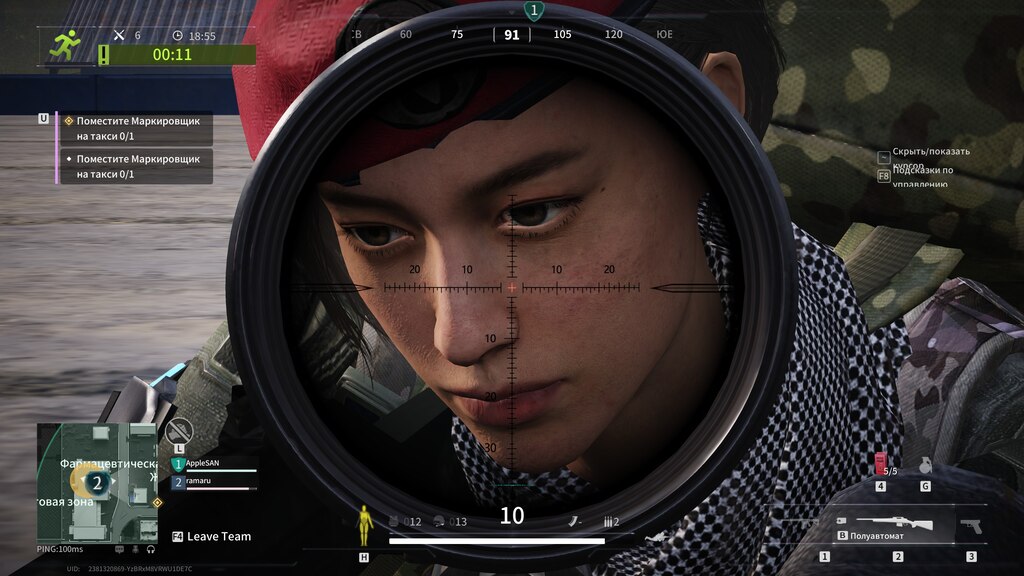 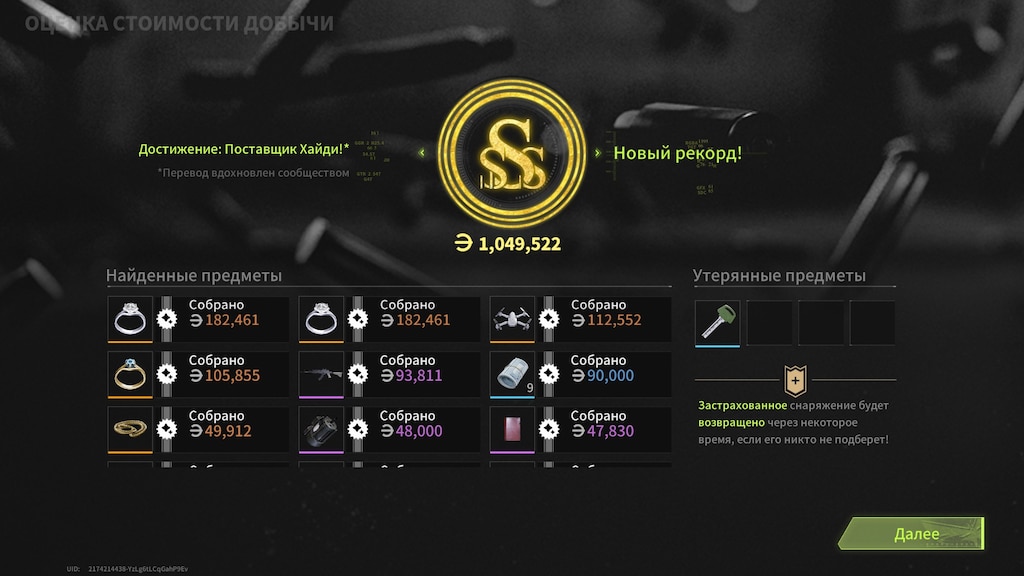 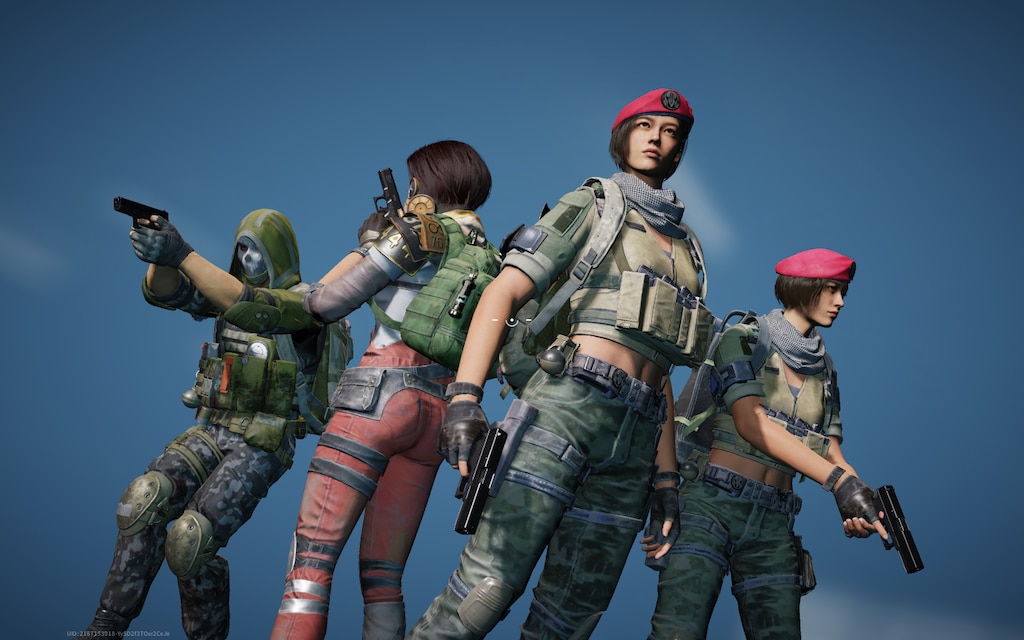 0
0
The end game bug made for a great wallpaper!