Play your way into the history books. Control your impact with every decision in all-new ways. Call the shots in Franchise with free agency and trade logic updates, leave a legacy in Face of the Franchise: The League, and assemble the most powerful roster in all of Madden Ultimate Team™.
$59.99
Visit the Store Page
Most popular community and official content for the past week.  (?)
Ultimate Team Harvest is here!
Nov 10
Deion Sanders is throwing a Harvest feast in Madden NFL 23, and you're invited! Score Harvest Champions, Game Day All-Stars that you can earn through Sets, and Hungry Harvest Players from the Harvest Field Pass. Plus, discover new Turkey Leg, Chicken Breast, and Duck Wing items that can be combined into a Turducken that you can feed to special Harvest players to raise their OVR and unlock unique abilities.

foghead
Nov 1 @ 3:28pm
General Discussions
Do players have to be controlled?
Does the game require you to control the players during a game in Franchise Mode? Or is it possible to just watch the gameplay of a game without the player control? I'm an older player and don't have the twitch responses I used to. I also don't own a controller. But the graphics and gameplay look wonderful, and I would like to control the development of a franchise behind the scenes and just enjoy watching the results as the games play out. Thank you....
7

Wenatchee Willie
Nov 27 @ 1:33pm
General Discussions
Game won' launch at all.
Whenever I click play it immediately cancels the launch and does nothing, shortly after origin will open and close too. I've tried opening madden with origin but that doesn't work either. Heres a gif of whats happening: https://gyazo.com/b8463e11bf770d117a4204767758b325 ( I'm not click cancel or stop.)...
4

ST0RMZE
Nov 28 @ 10:22am
General Discussions
Cannot launch game
I bought the game maybe 3 weeks ago. Up until week 2 everything was good. I went to go launch Madden, an blank EA popup would open and quickly close, then another EA popup that said I do not own the game title(that would as close very quickly). I called EA and they said to uninstall it from Steam and reinstall it. I did that and it worked! I went outta town the next day to go see BillsvLions and when I came back I had the same issue. I uninstalled the game again and reinstalled, but now it downloads and sa...
3

Not Recommended
151.6 hrs on record
Dont be like me, Dont buy this game.
Havent played since Madden 10. Got back into football this season and decided to buy Madden. Was enticed to try Ultimate Team MUT. Liked the idead of building a fantasy team but realized I couldnt get anywhere or anything without spending money.
Was okay with spending some more money but Madden points and packs seem like a ripoff. Watched youtubers and found out about purchasing coins and buying players that you actually want and need without going through Gambling ♥♥♥♥♥♥♥♥. Got Banned and now I cannot play ultimate team.
I spent more money on coins than I did on this game and I guess EA does not like that. We try to get the most out of the game and work around the flaws and we get punished. Maybe its fair that I got banned, but I think its ♥♥♥♥♥♥♥♥.

Its funny, because I actually bought this to play Franchise mode for the fantasy draft. But I never even tried the game mode once I played Ultimate team and saw that It was a cooler version of fantasy draft. Maybe Franchise is a good mode but I will never know. Because I will never play Madden again.

As long as Ultimate Team exists like this in any game I will not play it. Because I am okay with spending money on microtransactions, but im not okay with buying random packs and going through that ♥♥♥♥♥♥♥♥ to waste money on stuff i dont want. So I would ALWAYS choose to buy third party coins but that just gets you banned, so therefore I cannot play these games and now I know that.
They make it impossible to earn anything worthwhile. XP and Coins are a joke. Play enough challenges you earn stars, earn enough stars you earn a slap in the face amount of nothing. Spending money is the only way to get anywhere but they want you to gamble. Its just exploitive. I feel robbed and stupid for buying this game

Juicetoowavie
Nov 28 @ 4:17pm
General Discussions
Madden NFL 23 NFL EA Play Ultimate Team™ Pack
Nov 10
Join EA Play* to make your games more rewarding with access to great player benefits and a library of top titles. Members get more from your game including monthly member-only rewards like Ultimate Team Packs in Madden NFL 23. And when it’s time to find your next favorite game, we’ve got you covered with an ever-expanding library of our fan-favorite series and premium games. You can even try out select new release games for up to 10 hours of playtime with no commitment. If you decide to buy, your saved progress will carry over, so you can continue where you left off. Our members also save on purchases of EA digital content, with a 10% member discount. Letting you save on full games, points packs, and DLC. Find out more about upcoming EA Play benefits at https://store.steampowered.com/subscriptions/ea or
follow us on Twitter @eaplay! 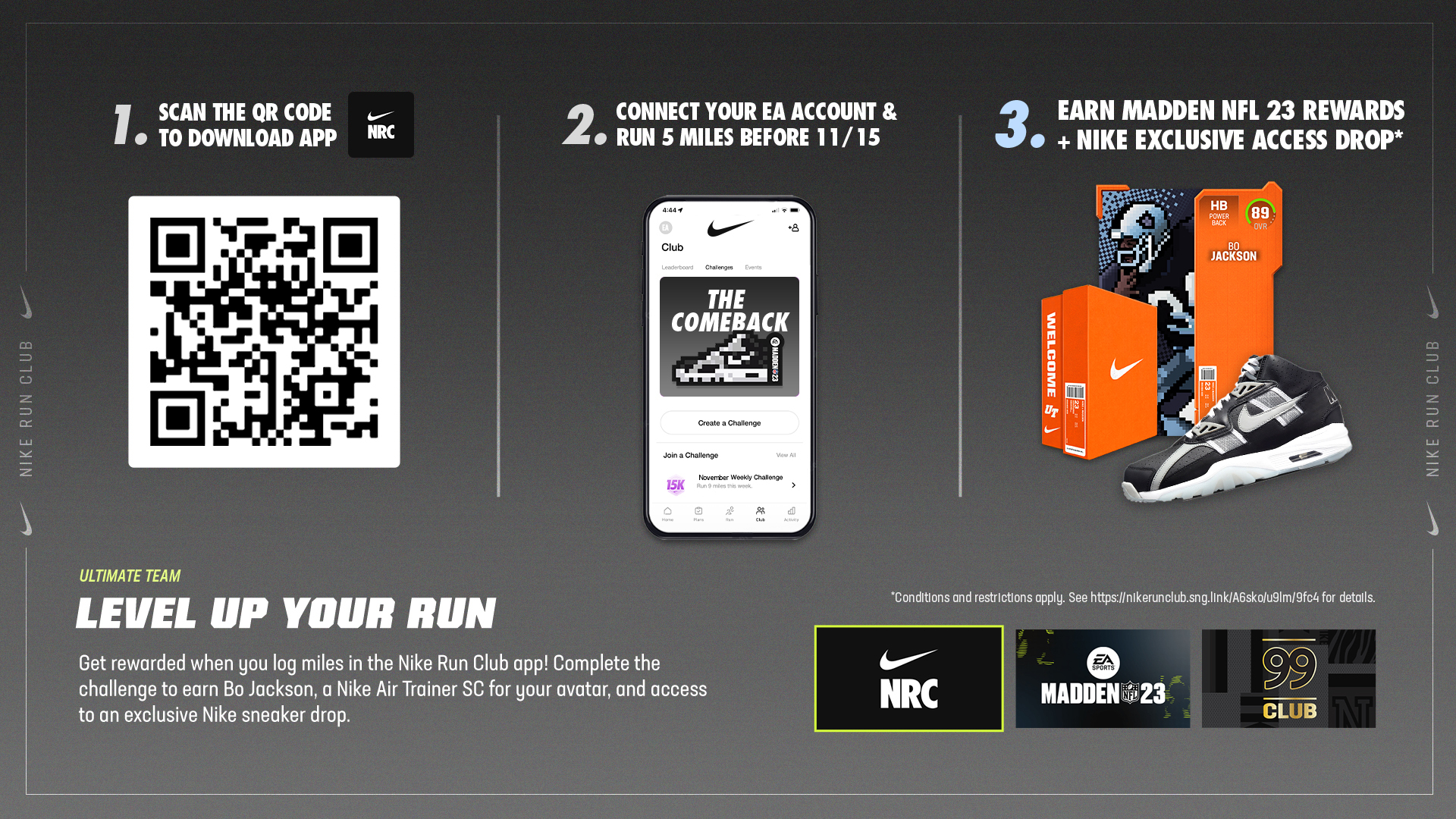 Log in or download the app and create an account, link your EA account, and log 5 miles by 11/15 to earn the Bo Jackson Ultimate Team™ player item and Nike Air Trainer SC cleats in The Yard.* But that's not all! You can also score a physical pair of the same cleats exclusively reserved for you in the Nike app.

Click here[nikerunning.sng.link] for more information on how you can get started!

Recommended
229.6 hrs on record
I'm saying "Yes" to recommend even though it's really a "yes with some caveats". For reference, I play exclusively in Franchise mode and have no inclination of any kind to participate in the Online/ Ultimate team modes. I like to build a team through the draft and have had some fun with the scouting/ drafting play through over the years. But this dynamic, like much of the game feels stagnant and regurgitated each year. The game play on the field itself is adequate for me and I don't need much improvement beyond graphics every couple of years. But everything around the on field experience feels a bit lacking. The announcers are not great and why is "Coach" Coachman even in this? Referring to oneself as "The Coach" when they have not coached anything? That's like making up your own nickname. Which it feels like is exactly what's happening there. The highlight reel at the beginning of each game that is of the teams about to play but definitely haven't yet is weird. It's all a bit underwhelming. Scouting has gotten more convoluted while feeling like you have less control. A big board function that you can't view during the draft nor did I see a way to even review the picks as I made them once they move off the ticker. Does favoriting a player add them to the draft board or is that done another way? It needs to be rebuilt but from what I can tell from the advertising dollars is that they want me to play Ultimate team and that the franchise single player experience will continue to go by the wayside. I dare say that this game needs to split in two. "Madden Online" and "Madden Dynasty" with a possible go between element of the "Madden All Pro". With "Dynasty" focused on the team building experience and the scouting /drafting dynamic and giving a more immersive xp without getting too complex and keeping the on field play/simming functionality. The on-field game play functionality is already adequate to scratch the itch when I want to step in and play a particular game. Though I do find the need to tweak the sliders a fair amount to get it not to feel too easy or as though your team is completely inept. The "All Pro" for those of us that like to create a character and play thru as a rising star or just to put on the team you built. The years that added some story to that were some fun. Fifa did it way better. They do Manager mode better too for that matter. But it had potential. Then being able to have leagues that allow created players in "Online" would be cool and possibly create a whole new dynamic of being able to play in online leagues as your player. I play the online side 0% so this may already be a function I'm not aware of. So the game is still fun to play but needs some development and is really just a roster update some years. But I throw my shekels at it every couple of years to see what's new and give it some basic patronage in hopes it develops further. 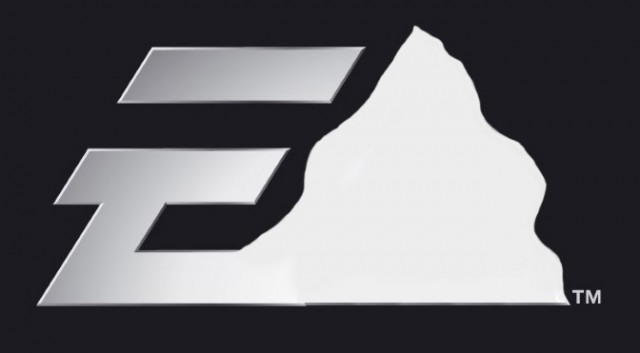 How to enjoy Madden 23
1) Like NFL football and don't play online if that doesn't work, try the alternative 1) Get upset you were bamboozled again 2) Get a refund before you play 2 hours, idiot. 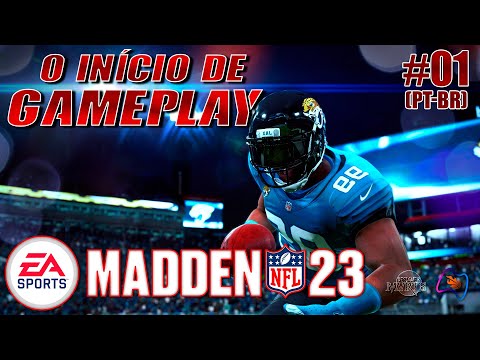 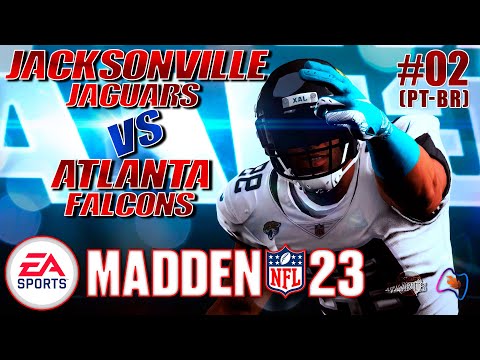 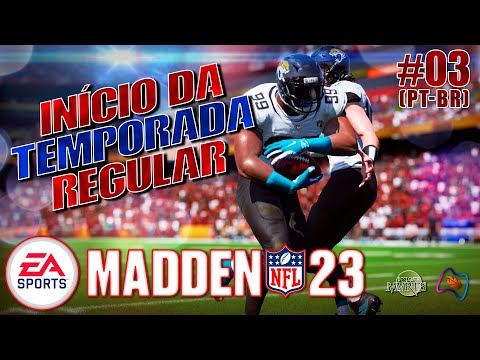 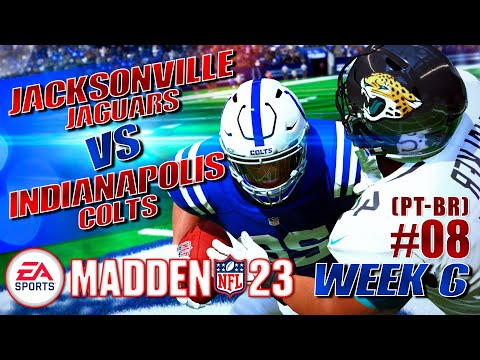 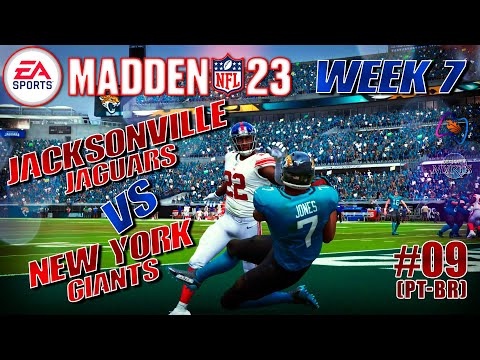 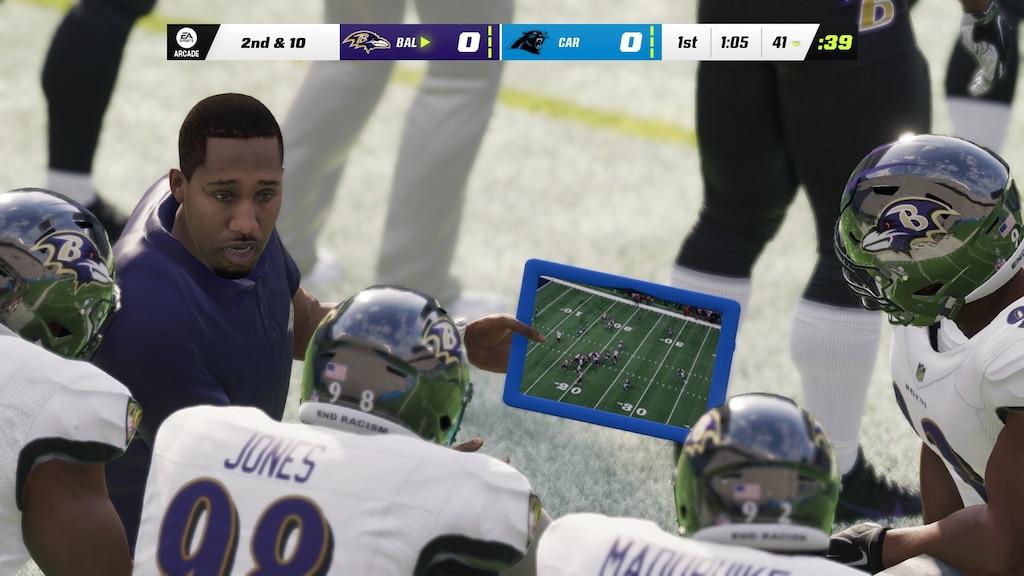 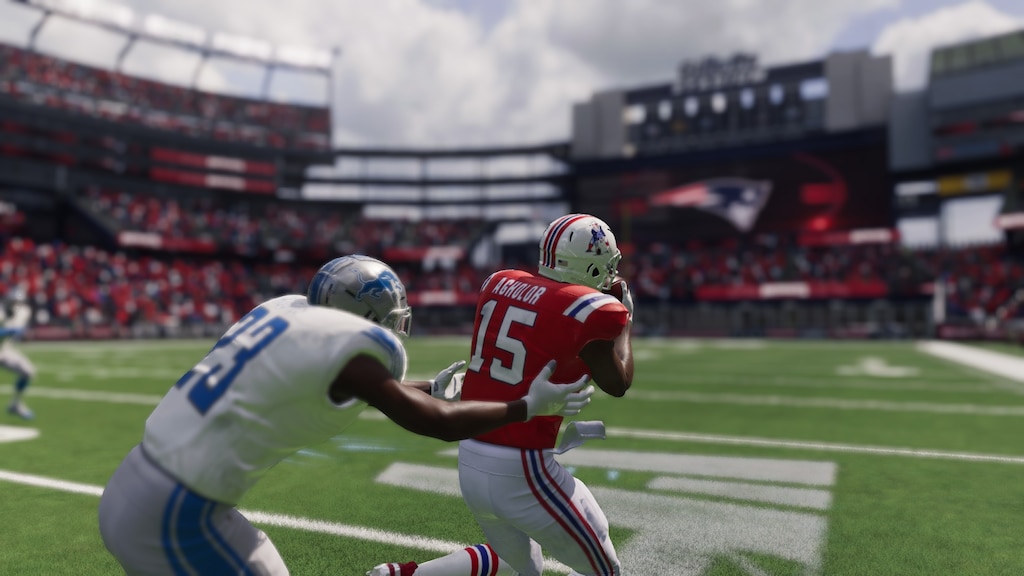 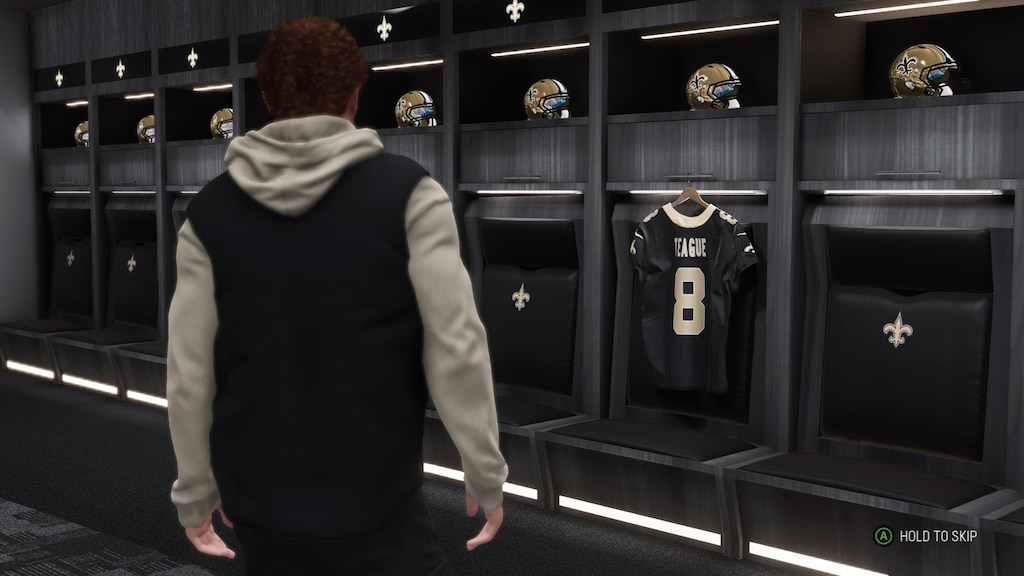 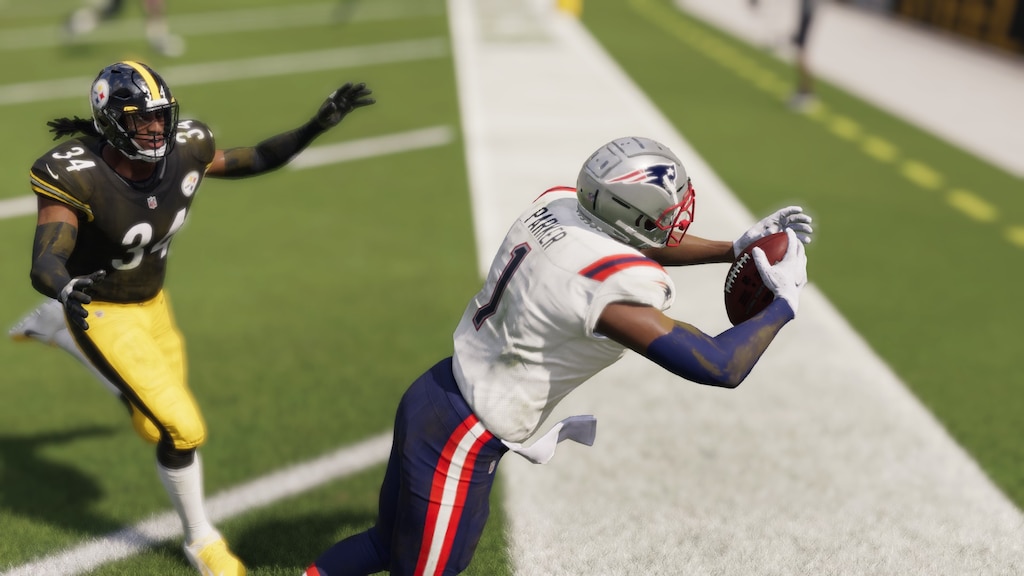 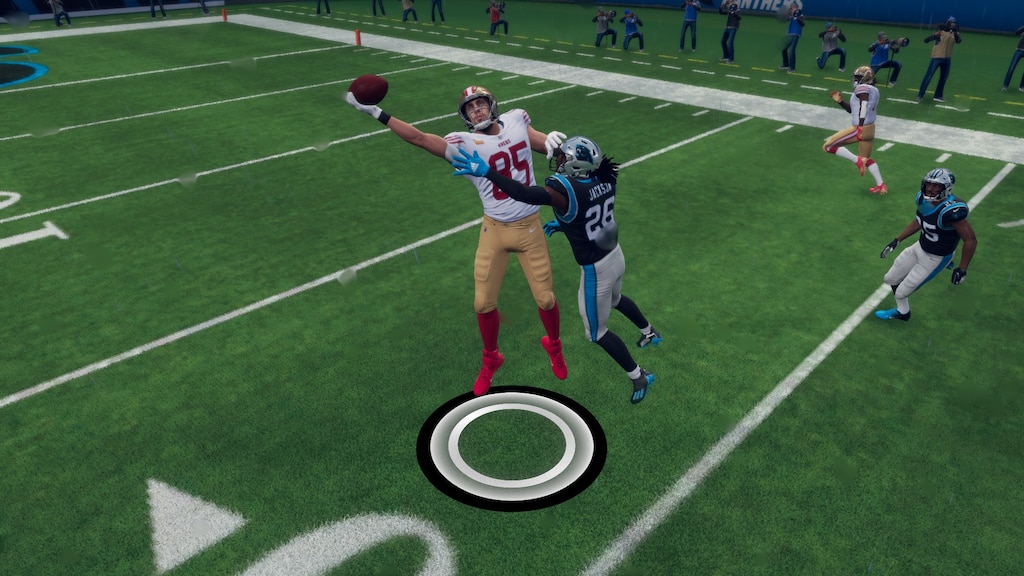