Adapt to Survive  An epic story thrusts players into an ever-changing environment, forcing them to adapt their tactics and approach to conquer battlefields ranging from newly frozen jungle to zero-gravity alien environments. Suit up!
$19.99
Visit the Store Page
Most popular community and official content for the past week.  (?)
DONT BUY THIS GAME.
Cd Keys doesnt work. We cant contact with Steam or EA directly. Is a joke.
5

Data Division
Jun 17 @ 5:13am
General Discussions
Steam version only, stuck at "requesting CD key"
So yeah, I bought the Steam version of Crysis. When I right click on the game -> manage -> CD keys, it gets stuck at "Requesting Key". Any way around this? I've seen people say to try via Origin but I do not use Origin.
84

Rektopus
May 6 @ 12:56am
General Discussions
Guide

Crysis Console Commands
This guide includes the essential commands to mess around in Crysis, from player commands, weapon commands and more.
386 ratings

Crysis 64bit with working steamoverlay
Recently I decided to try rage on its 64bit version and I was surprised to se that even on 64 bits the steamoverlay was still present, so I started to test how to make it work with Crysis on its 64 bits version, and I made it.
292 ratings 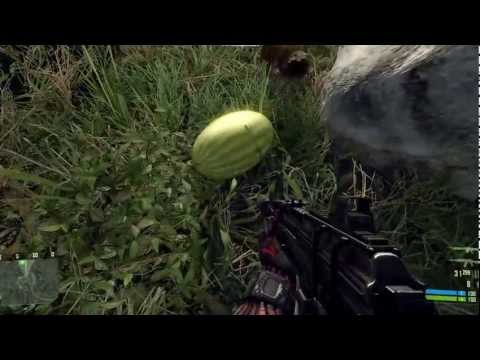 1
8
Crysis and how to kill a chicken with a watermelon. 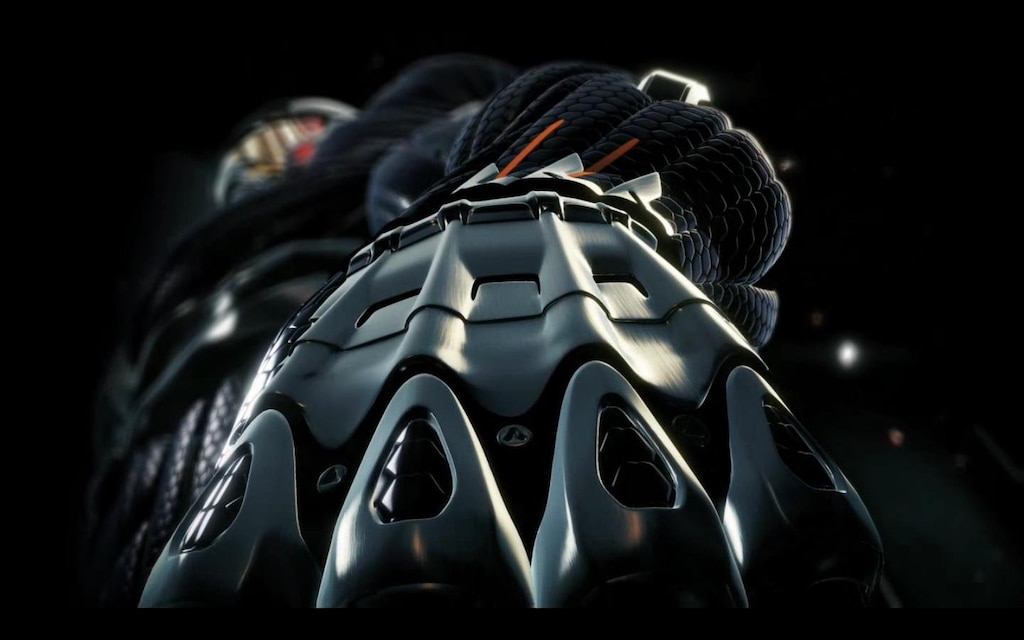 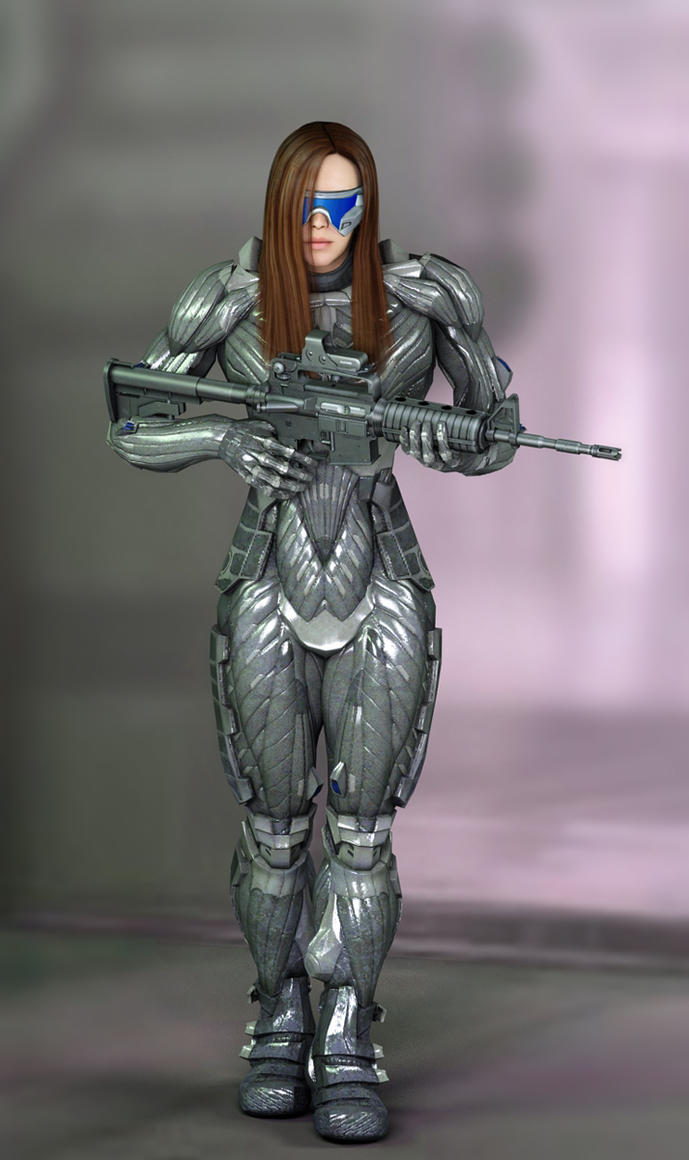 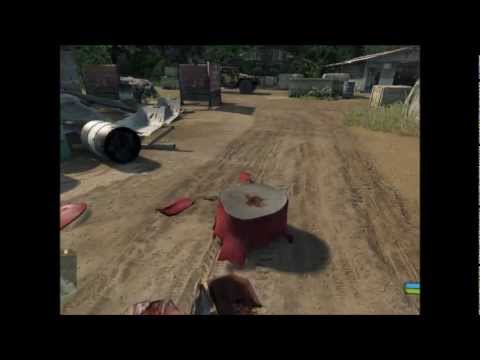 0
9
How to: Cook exotic Crysis crab

TecnoSlave
View all guides
CD key error /Hatası
I bought EA Play for 1 month and I downloaded crysis but when I start the game it asks me CD key and when I use what it give it doesnt accept it.What do I do?
17 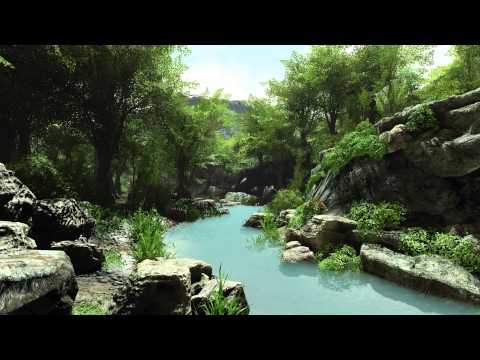 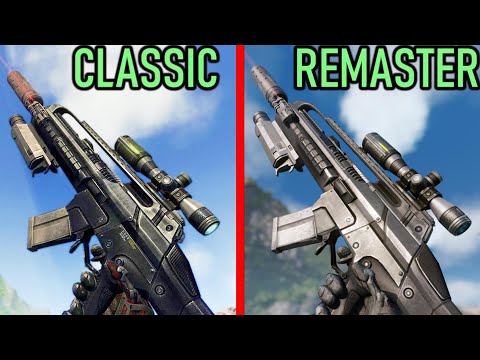 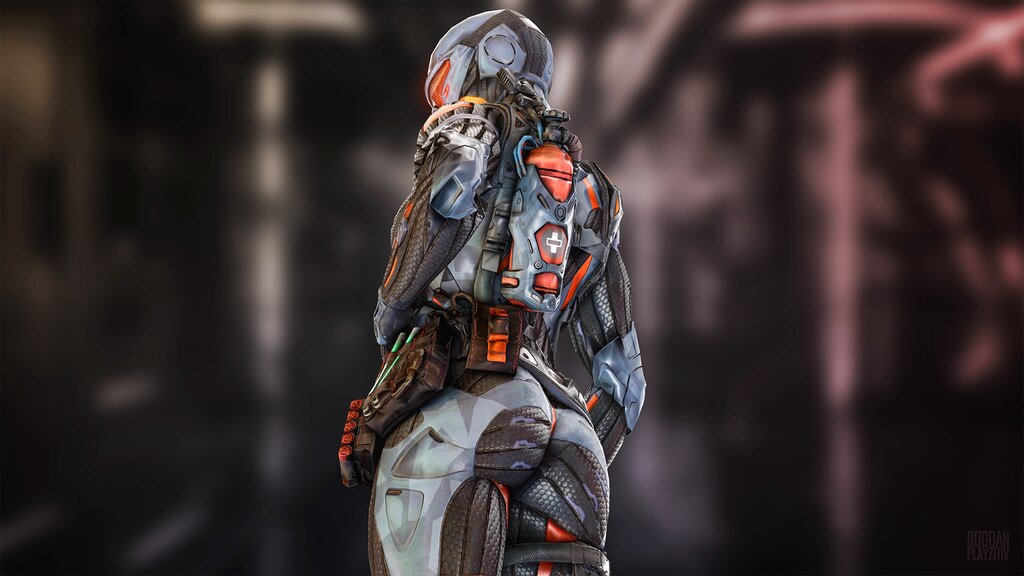 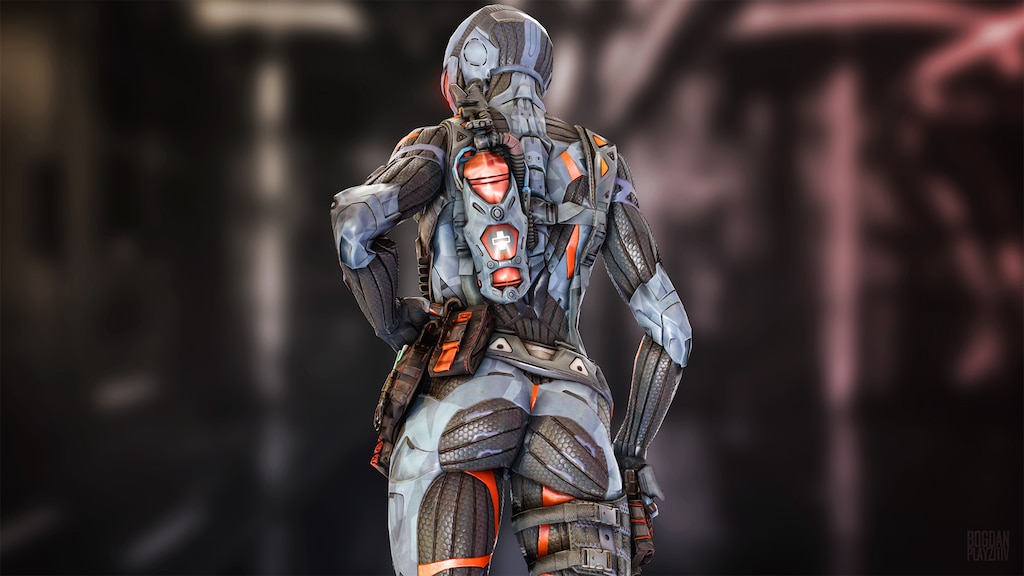 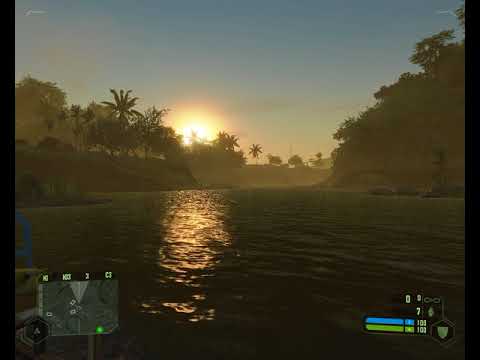 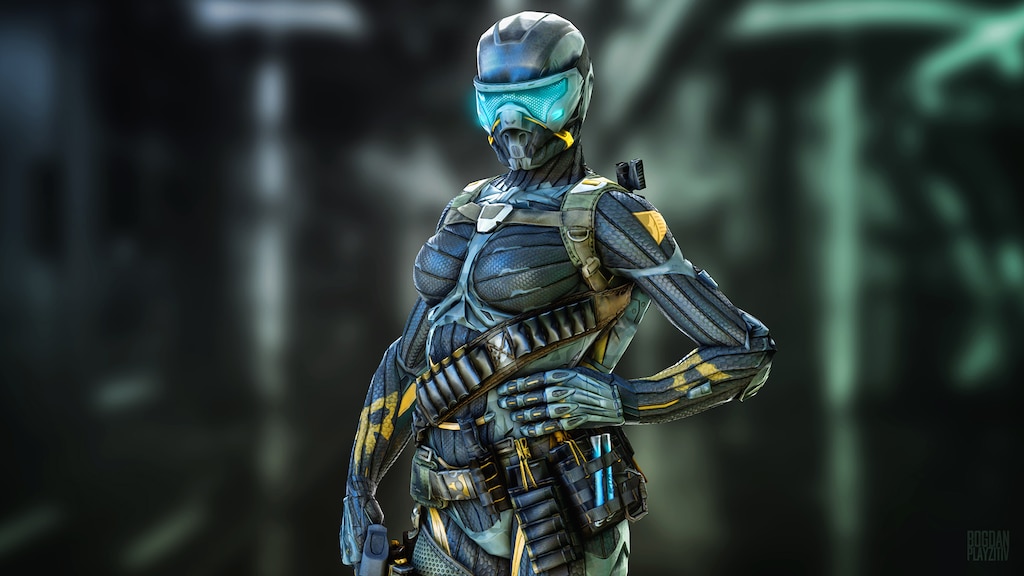 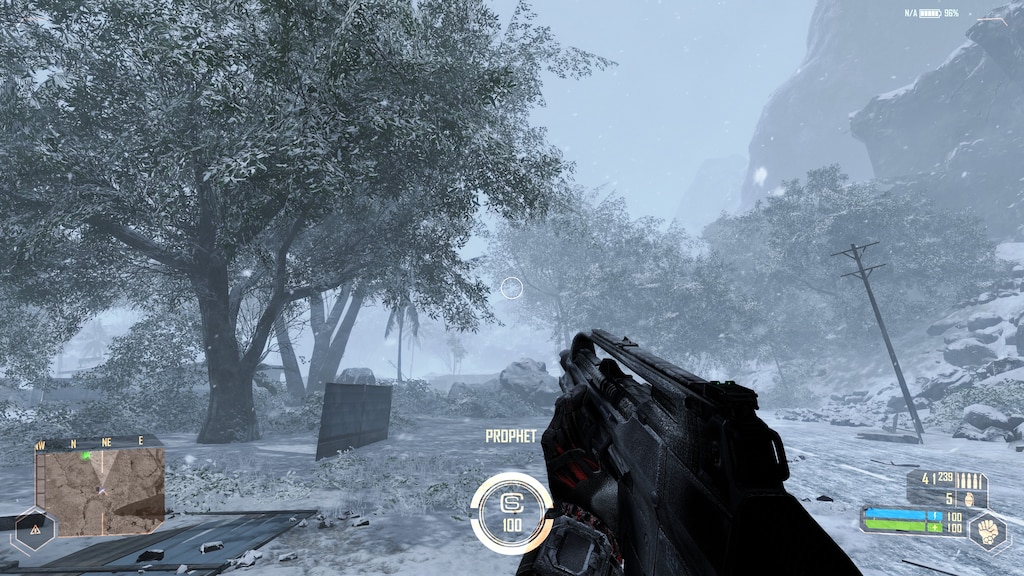 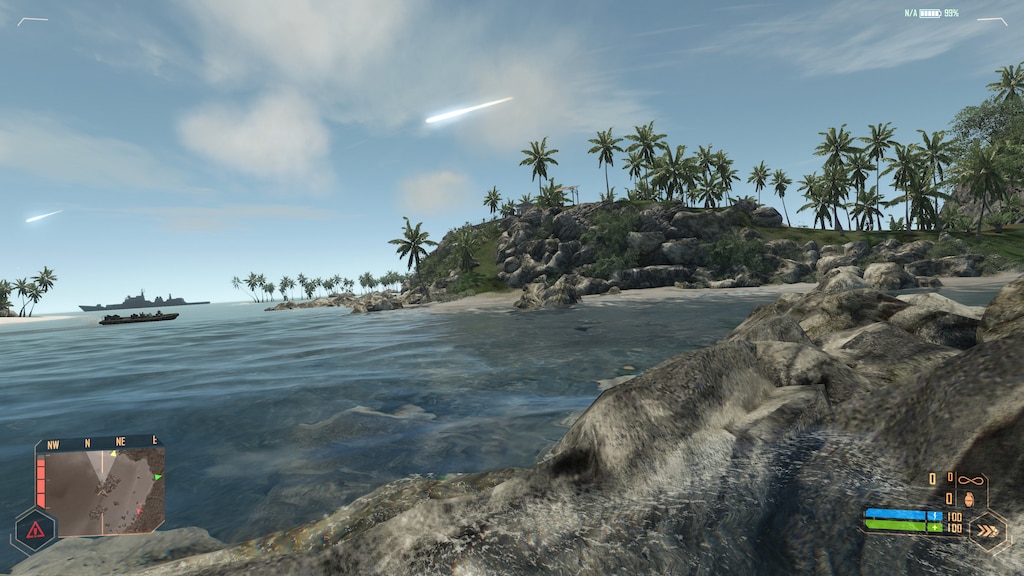 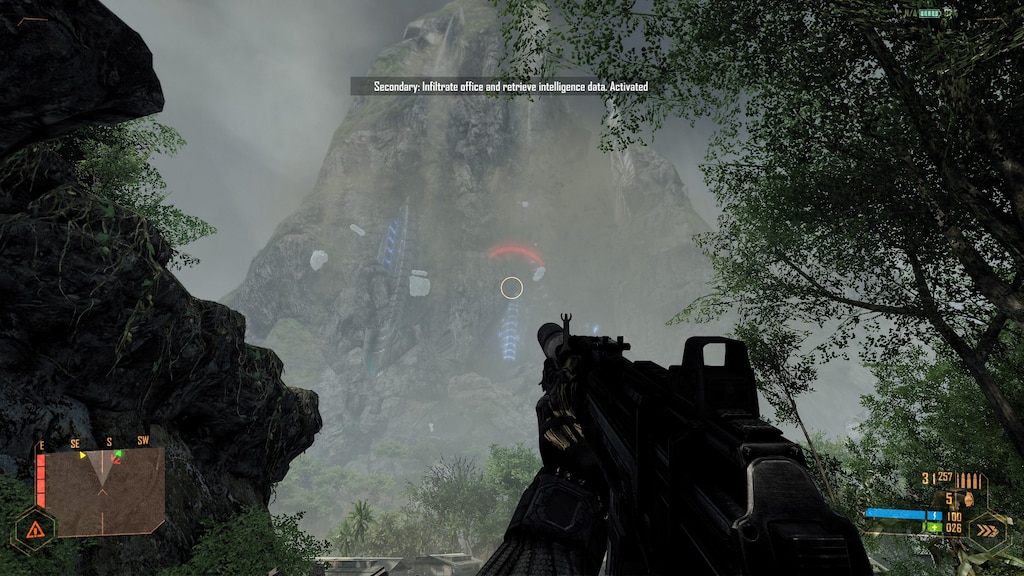 Recommended
18.8 hrs on record
Crysis Review
Simply put, Crysis is an absolute beast of a game. Even now 14 years on from its original release it's going to give your PC a run for its money due to Crytek’s assumption that the future of CPU design was clock speeds and not the amount of cores; spoiler alert, they guessed wrong. However, it is still objectively easier to run these days after years of hardware progression and is probably one of the nicest looking games around. CryEngine 2 had a lot to showcase here with character models and facial animations only rivalled at the time by Source and breathtaking landscapes filled with sandy beaches, crop fields and dense jungles complimented by some impressive volumetric lighting. But enough about graphics, what’s it about and more importantly how does it play?

Upon starting the campaign you are put into the boots of Nomad - a charisma vacuum - I mean a US special forces soldier with access to a high-tech nanosuit that enhances the user's speed, strength, stealth and armour capabilities. Nomad and his squad are on a covert operation to rescue civilians and researchers from a South Pacific island that has been invaded by the North Koreans due to the discovery of ancient, alien technology. It’s a simple premise that starts off with a promising, tension-filled beginning but ends up being handled with as much nuance as a Call of Duty campaign.

The game's missions and set pieces also suffer from late game deterioration as the last third fails to live up to the quality of what came before. This is exemplified by the slow, meandering crawl through the alien’s homebase which goes on for far too long as you make your way through a zero-gravity cave system which is confusing to navigate and veers into frustration as you're hit with wave after wave of enemies. This is in stark contrast to the variety of missions that precede it that see Nomad behind enemy lines sabotaging vital communications equipment, destroying anti-air guns whilst US forces prepare their chaotic offensive and the actual assault on the North Korean troops as you roll on them with a company of tanks.

Now the biggest problem that Crysis faces is the marriage of its mechanics and level design which never quite coalesces, despite so much promise. You are given all the tools you’ll need from the very beginning (there are no skill trees or extra powers here) and dropped into the world to experiment and build up familiarity with Nomad’s powers until you become the super-soldier you dreamed of as a child, bashing Action Men into one another. The level design just doesn’t quite compliment these powers enough though. The maps are like sandboxes with alternate routes, secret paths and an emphasis on verticality which aids your covert sleuthing through the jungle but often falls apart in more open areas and the soldiers' encampments. These sections sometimes fall into generic cover shooting, especially on the higher difficulties, and often made me question why I had the powers to begin with - an issue that the expandalone Crysis: Warhead solved thankfully.

I have heard Crysis described as a glorified tech-demo that exudes style over substance and whilst that may be a little unfair it is understandable given the design of the game. The developers clearly wanted to create a power fantasy that allows the player to creatively use the tools and weapons at their disposal but they didn’t facilitate this enough through level design. Sure, the story may read like a US sanctioned propaganda piece and many facets of its design are inconsistent at best and painfully boring at worst. But all in all, Crysis does stand on its own as a relic of mid 2000’s PC gaming; a good game that couldn’t quite climb that hurdle to greatness but gosh, doesn’t it still look so pretty? 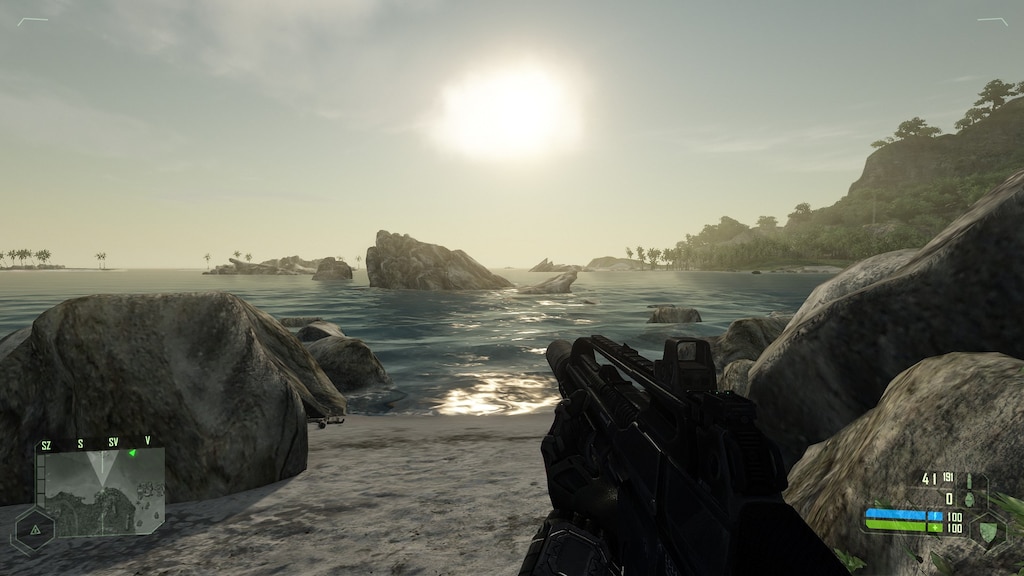 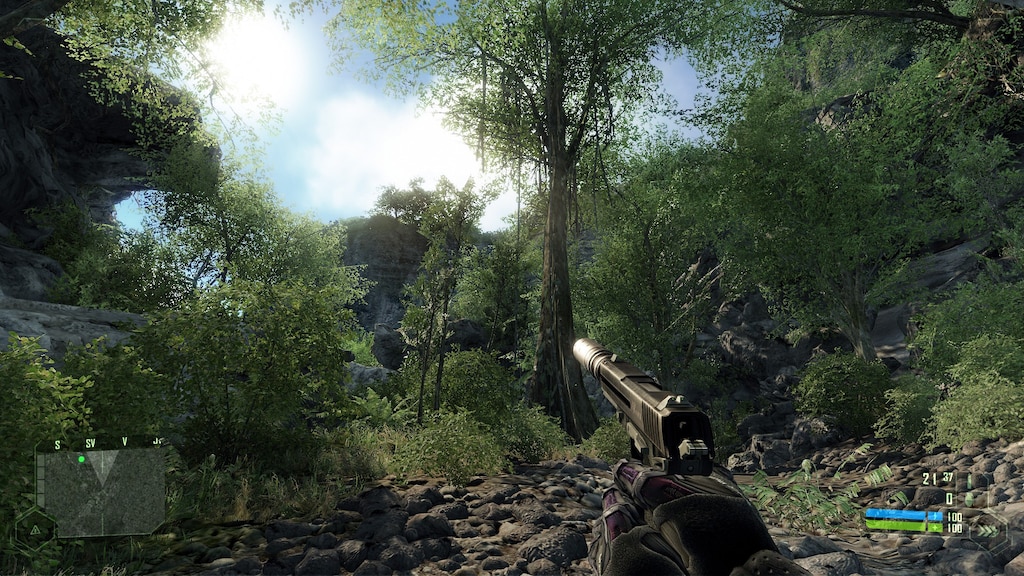 Recommended
2.1 hrs on record
Nobody reads the reviews for sure, so I'll say I'm gay

᠌ ᠌ ᠌᠌ ᠌ ᠌ ᠌ ᠌
127 products in account
0
Yup gotta love Windows 10
I built a new PC months ago and bought Windows 10. Installed 20-30 games and every time I try to run ONLY Crysis the screen turns black and kicks me back to the desktop. I verified files blah blah using the same video card from my old system so it ain't my RX580. Does this game not like my Ryzen 3600?...
7