This critically acclaimed first-person RPG from Arkane Studios takes the player on an amazing journey into the fantasy world of Arx. Arx is wrought with turmoil, brought to the brink of destruction by a violent war.
$4.99
Visit the Store Page
Most popular community and official content for the past week.  (?)
Is melee combat just broken?
Despite having >60 combat skills, 16 strength, and the 2-handed Ultimate Weapon, even the most low level enemies like rats and spiders still require multiple charged hits to die. Honestly, the basic fireball spell you learn close to the beginning of the game is way more effective than any physical weapon IME....
7

Cap'n_Crump
Sep 17 @ 7:30pm
General Discussions
Arx Libertatis Download - Chrome detects virus
Hey guys, I've been trying to download the Arx Libertatis stuff from the main AL site, but when I try to use the download link for Windows, Chrome automatically blocks the download and says it detects a virus, malware etc. Is this a legit warning, has the AL download been compromised? If if is not actually compromised and the warning is simply due to Chrome being overly cautious, is there a way around this warning? I've tried looking for a way to see if I can permit downloads specifically from the link f...
3

Arx Fatalis all level maps with legend
A collection of all the levels for the game Arx Fatalis. Legend included. These maps have been taken from Sia 'Garret' Manzari's unofficial guide of (the now sadly defunct) RPGDot.
102 ratings

Arx Fatalis walkthrough
This is a 5-part walkthrough along with sidequests originally posted on (the now sadly defunct) RPGDot. I saved it from the bowels of the internet, but credits go to them.
93 ratings 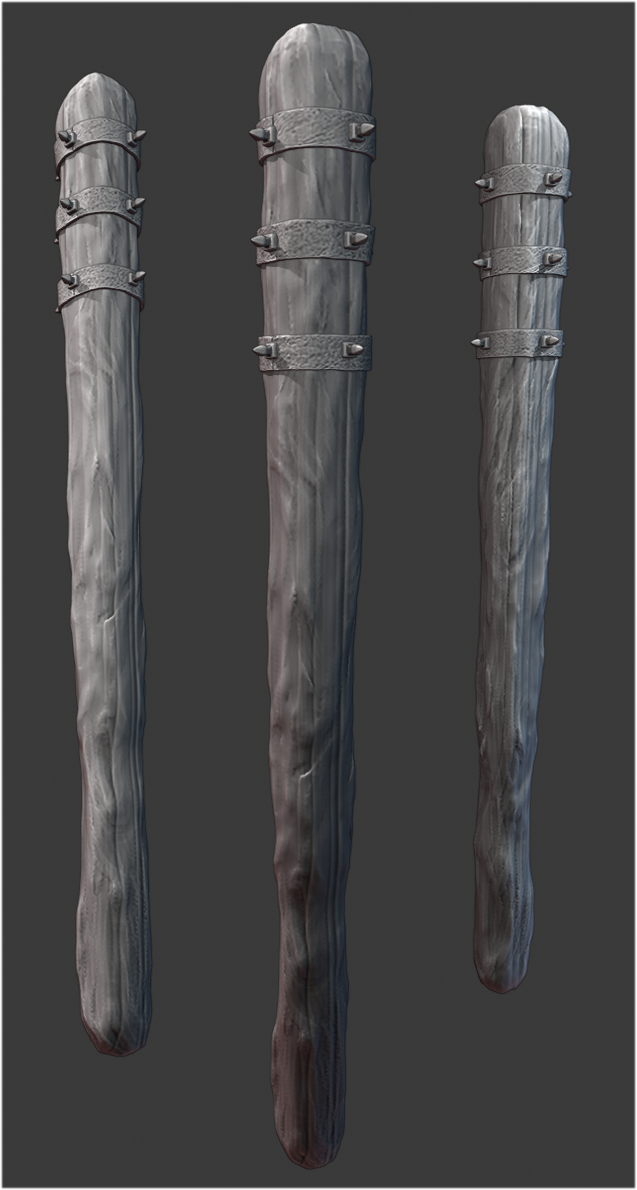 0
2
Working on a new goblin weapon 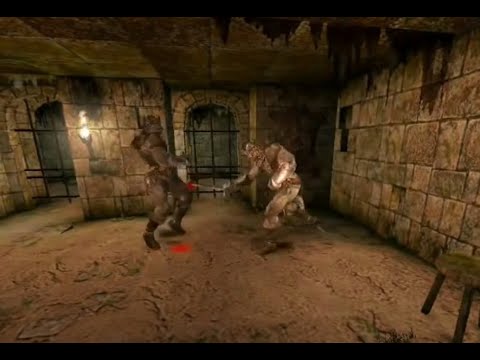 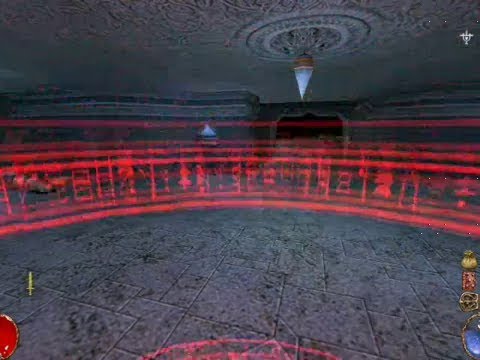 1
4
Arx Fatalis but the main character is goblin 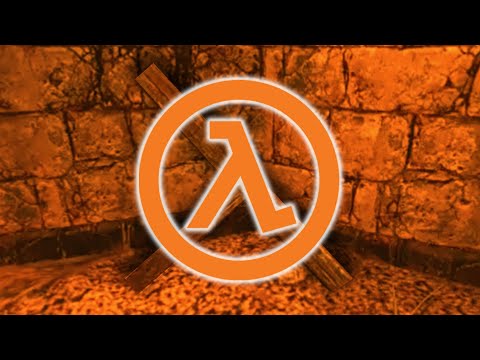 0
0
Half Life 1 confirmed in Arx Fatalis! 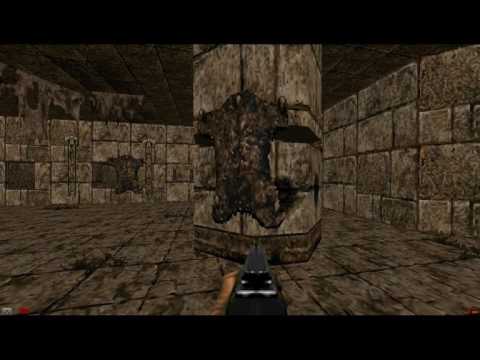 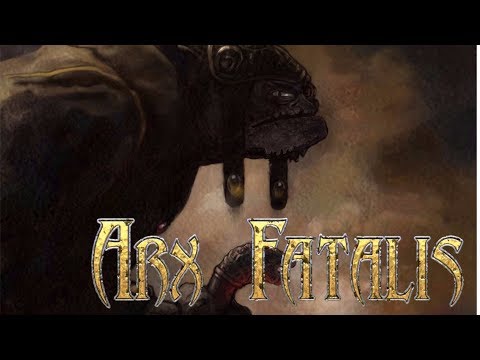 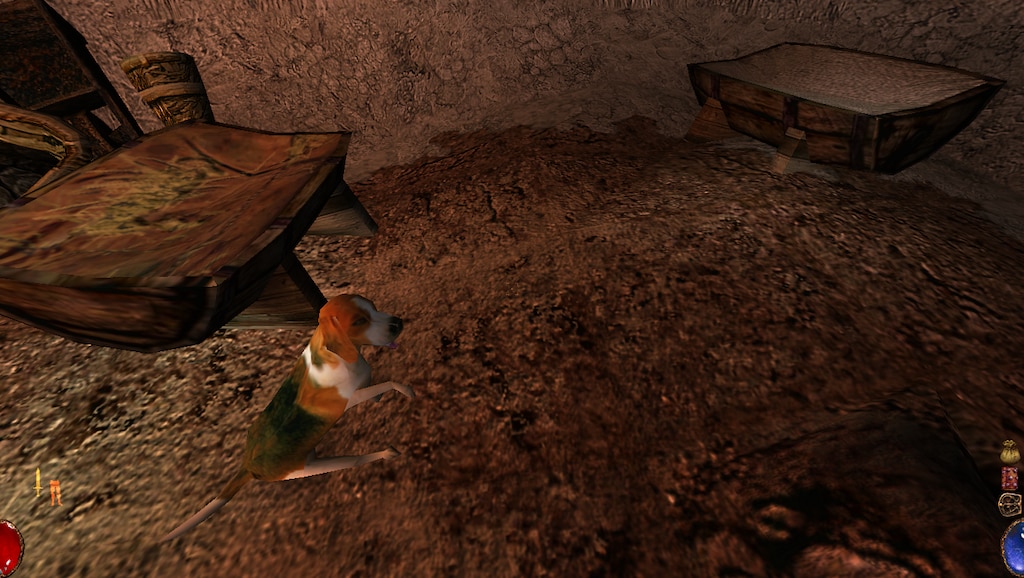 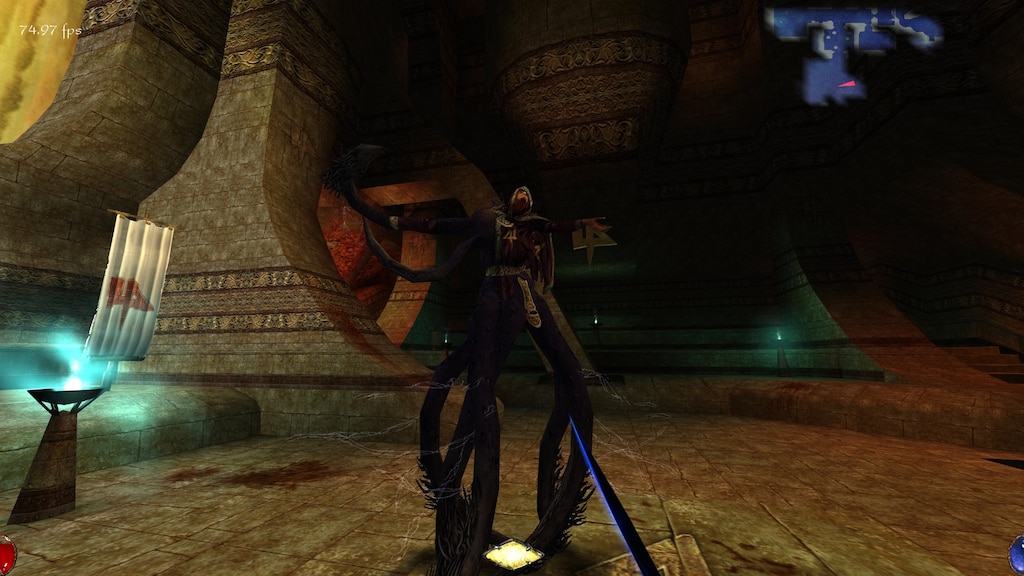 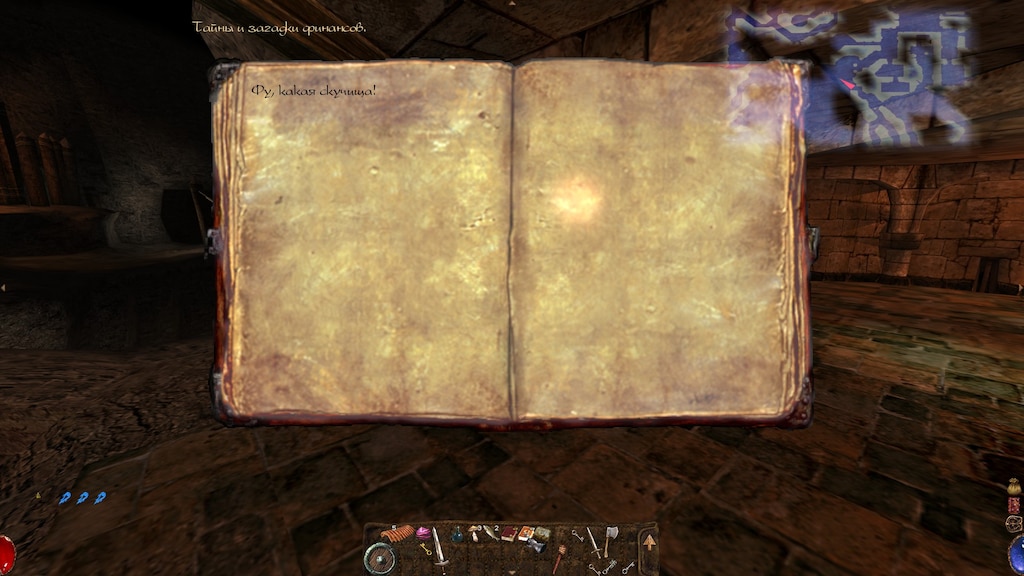 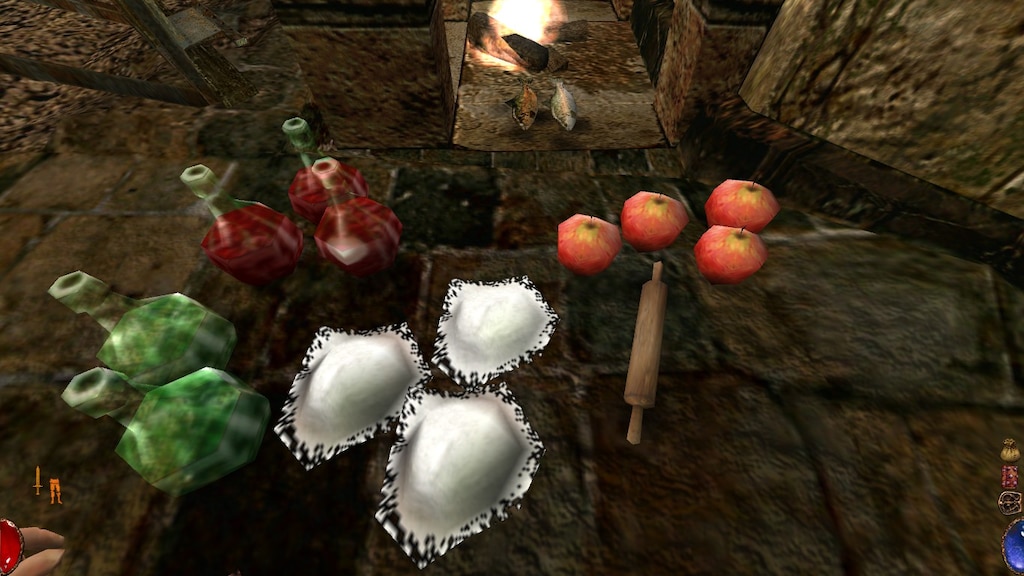 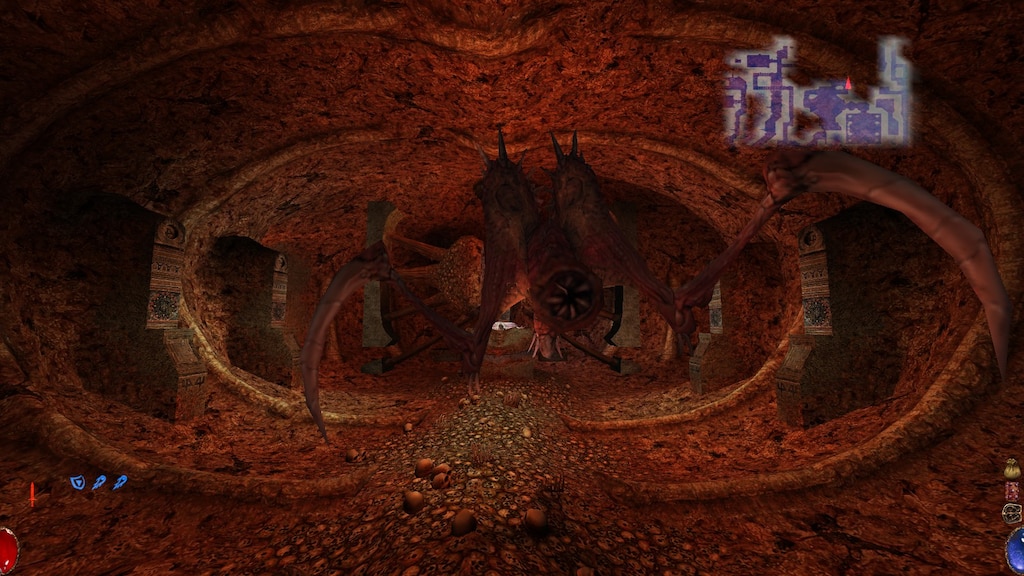 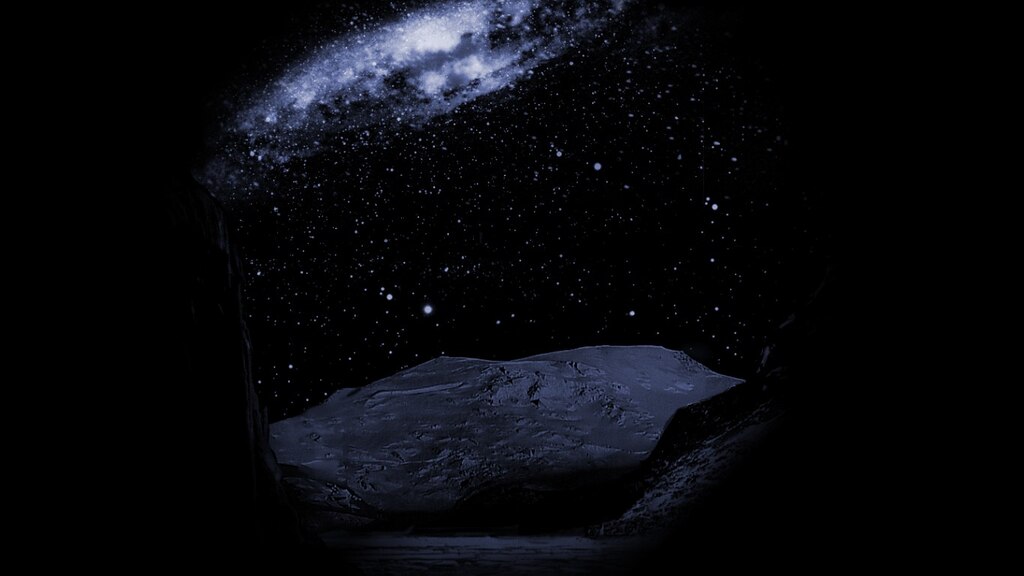 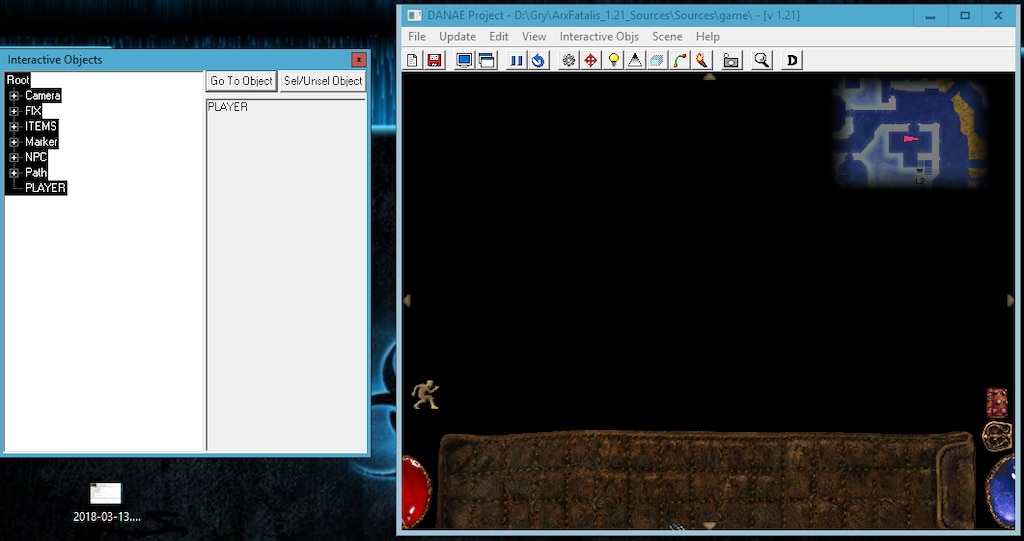 Huderlord
View artwork
Help with Troll bug
Playing the game on Libertatis. I entered the troll mine by using a levitation scroll i found, no troll got aggroed but i guess that effed the scripting so i can't enter the mine again even though i have the gosh darn amulet. I tried using the passthru noclip cheat but it don't work for some reason, the console one worked fine but i have no idea what the levitate scroll item name and category is, nor if there's a command to either delete the troll from the door so i can mosey inside or idk. This is annoy...
10

Quadrado Macio
Sep 11 @ 4:46pm
General Discussions
No one has rated this review as helpful yet

Danik [cheeki breeki]
147 products in account
0
Dead snake woman near the enterence of Level 7
So I've been replaying this game recently and during the main story I came across a dead snake woman near the entrance of Level 7 which had a letter in her inventory written that they are meeting in the crystal cave. There are 2 other snake women in the crystal cave holding a letter saying something about the queen and the new heir (I don't remember the details). Anybody knows what is all this about ? is it a start of a new quest or just another "obstacle" between the levels ? I tried to hand the note to t...
1

Captain Pansy
Sep 19 @ 5:00am
General Discussions
No one has rated this review as helpful yet

Recommended
13.7 hrs on record
This game is a classic of the genre and quite unlike anything that you would find being released these days. If you're a fan of the immersive sim genre, fantasy settings, caves and exploration, you should play this.

Pros:
1. Inventive setting and story
2. Great sound design for the most part
3. Distinctive setting, loads of atmosphere
4. Very cool magic system with a fun mouse input system
5. Amusing voice acting
6. The story is decent
7. The environments. Some of the best I've seen in an RPG game

Cons:
1. The environments can be tricky to navigate if you don't have a good memory and the map isn't great
2. The clever spell casting system means that casting fresh spells in the heat of battle can be tricky
3. The voice acting is an acquired taste. I like it, you may not
4. RPG elements are not balanced well. Melee combat is great early on but will get you killed later in the game. Archery is available as a build path, but if you build an archer you likely won't be able to win the harder fights in the game.
5. The map system is terrible and it can be very difficult to navigate the game world
6. The vanilla game doesn't really work on modern hardware.

Yes, clearly we need to talk about con #6, which is to say that the game absolutely must be played with the Arx Libertatis mod, which can be downloaded for free. It's very easy to install and fixes a tonne of bugs, allows the game to run in widescreen resolutions and to not crash on start up like the game does constantly without it. For example, even if you can get past the crashes, you'd find magic spells virtually impossible to cast in vanilla Arx, as they have to be drawn on the screen by dragging the mouse; the game was originally coded for a mouse with a ball, whereas laser mice with much higher DPI just totally confuse the vanilla game. This is fixed in the 1.2 version of Arx Libertatis (current at time of review), along with a million other things.

Arx Libertatis is free and easy to use, but you should be comfortable with the idea of downloading and installing an executable mod file in order to make this game work. If you don't want to use Arx Libertatis, vanilla Arx Fatalis is likely to be unplayable on your computer.

The game is clunky, idiosyncratic, difficult and obtuse (you will almost certainly need to consult a walkthrough at some point), so why should anyone play it? Because quite simply, the atmosphere in this game is exemplary. It has that pleasing retro game charm that we remember from the late 90s and early 00s. Given that the price of the game is less than a pint of beer, I think anyone with even a vague interest in spelunking, fantasy settings and shooting fireballs at goblins should play this.

Recommended
24.6 hrs on record
A gem of an RPG, something about it just sucks you in and makes you want more. This game isn't so much in the same vein as the far better known Morrowind as it feels more like a mix of first person RPG and old point and click adventure games. The plot is fairly linear, and mage/mage-warrior is really the only viable build, but the level of interactivity with the game world and the puzzle solving is amazing and shows a lot of creativity. Would highly recommend, just be prepared to initially despise the controls which are somewhat similar to the original System Shock. Also, make sure to download the latest version of the Arx Libertatis mod to ensure everything runs smoothly on modern systems and to fix some bugs.