13 in Group Chat
13 in Group Chat
Most popular community and official content for the past week.  (?)
New Post-Launch Q&A
7:30am
https://www.youtube.com/watch?v=Ru6Qe76T3kE
We have just released our first post-launch Stronghold community Q&A, covering both Stronghold: Warlords and other past, present and future titles in the series. Today Nick runs a gauntlet of both our most common post-release questions and a series of dastardly challenges, posed by resident Firefly Videographer and celebrity chef Aaron Hayden. So if you've ever wanted to see us inhale a bowl of spicy noodles, draw fellow Firefly staff or impersonate classic Stronghold characters then boy we do have the video for you! As always please enjoy watching us embarrass ourselves while simultaneously answering your questions about the future of Firefly, Warlords and the Stronghold series. 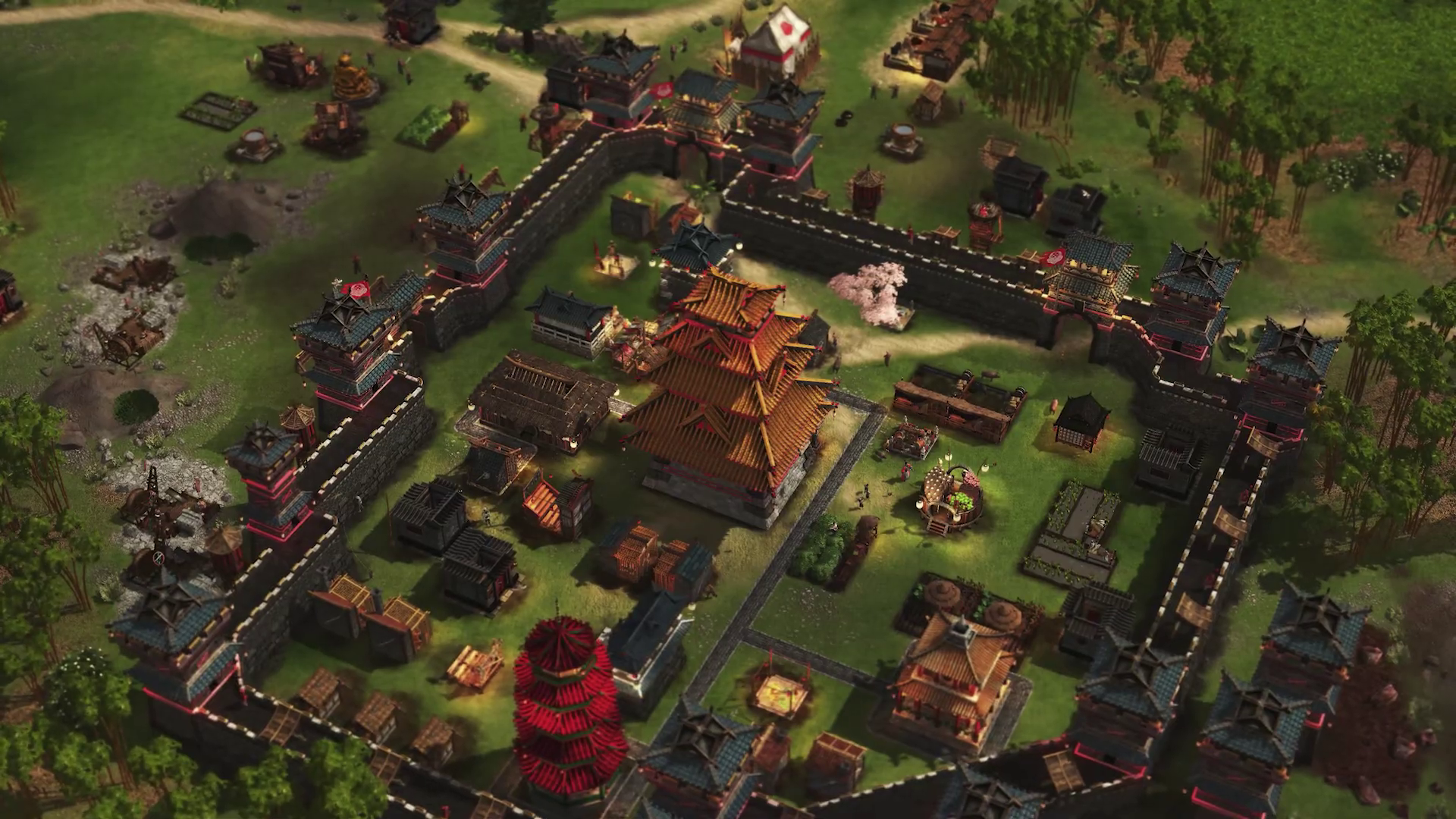 Got a question not featured in today's post-release Q&A? Worry not! We've taken the liberty of including all other community questions (to which we currently have answers) in the video's description, to ensure no voice goes unheard. If you have further questions having watched today's video then please head over to the official Stronghold Discord, where developers and fellow players will be happy to discuss the series. You can also sign up to the Firefly Studios newsletter for the latest Stronghold news and inclusion in other initiatives such as player surveys, giveaways and beta invites. 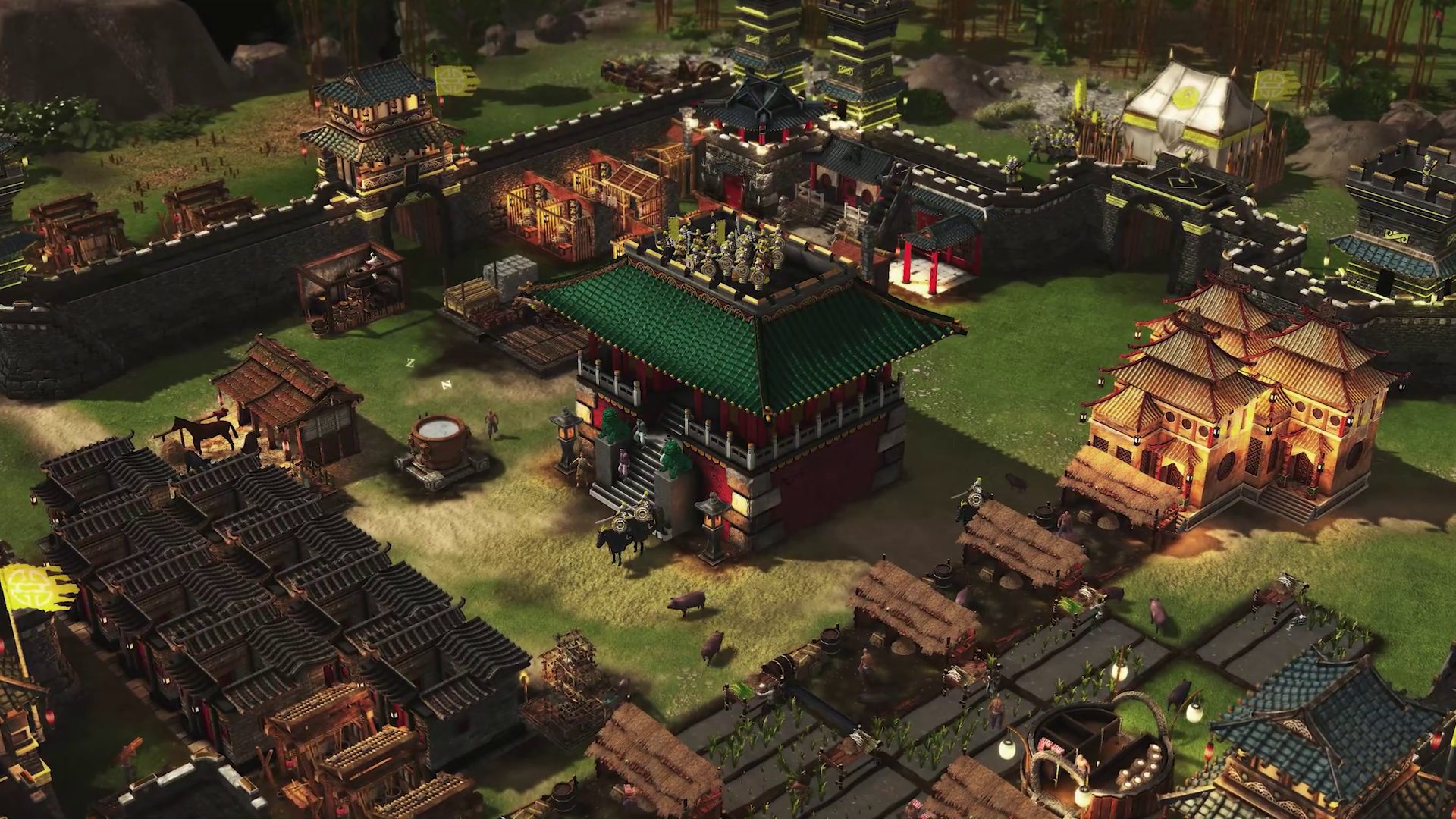 We hope you enjoy this new Q&A as we look forward to the future of the Stronghold series. With version 1.3 releasing on Tuesday May 18th, adding new maps and improvements to the game, we're just getting started with Stronghold: Warlords. New AI, units, warlords, game features, single and multiplayer content are planned for introduction in a series of free updates in 2021 along with new DLC, starting with next week's 'The Art of War Campaign' which adds six missions and two new warlords to the base game.

Please stay tuned for updates to our content roadmap for Stronghold: Warlords in 2021, as well as updates on the Stronghold series as a whole. Thanks for playing! 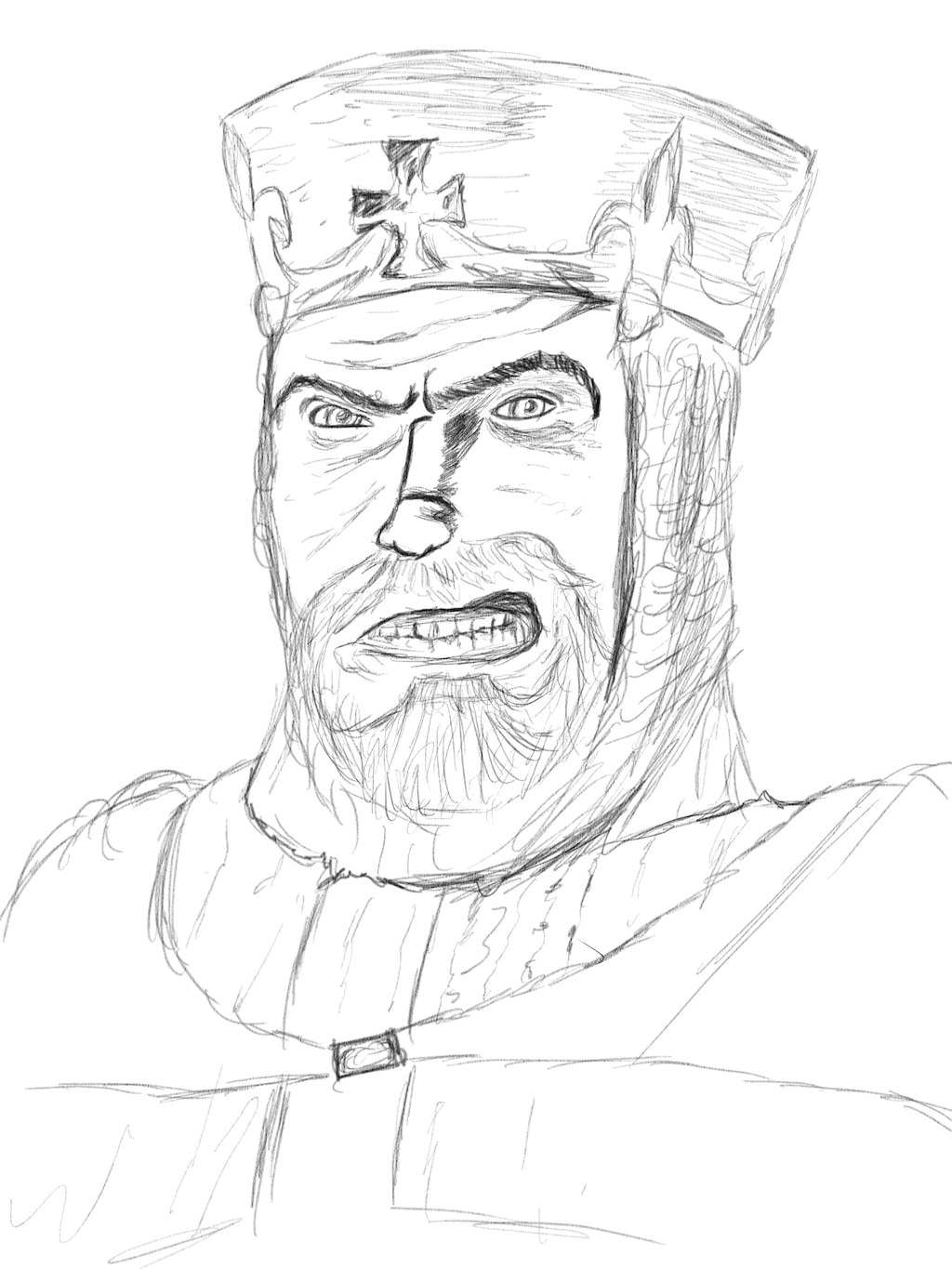 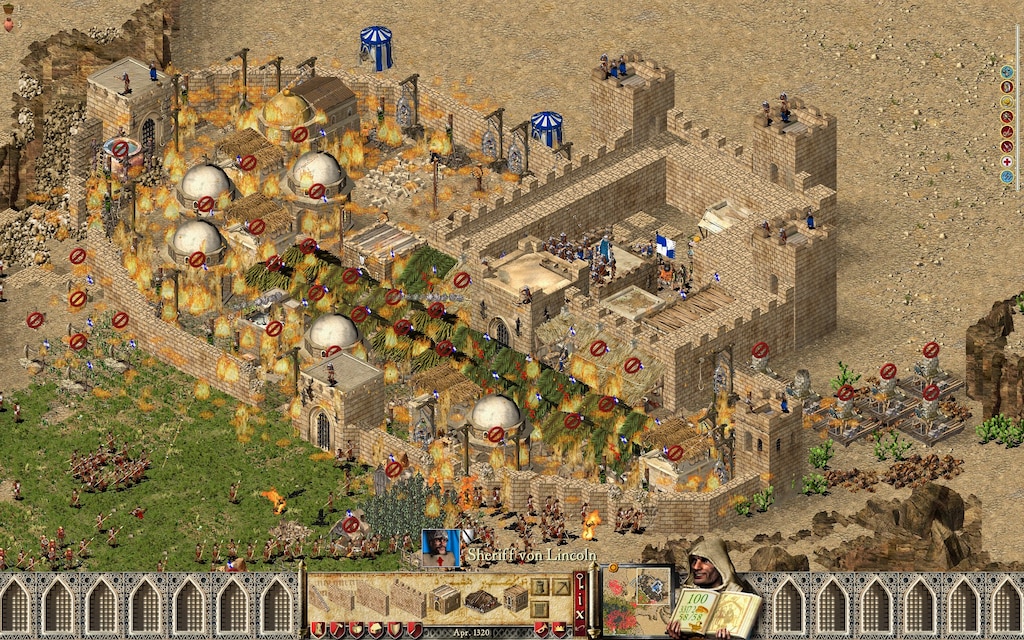 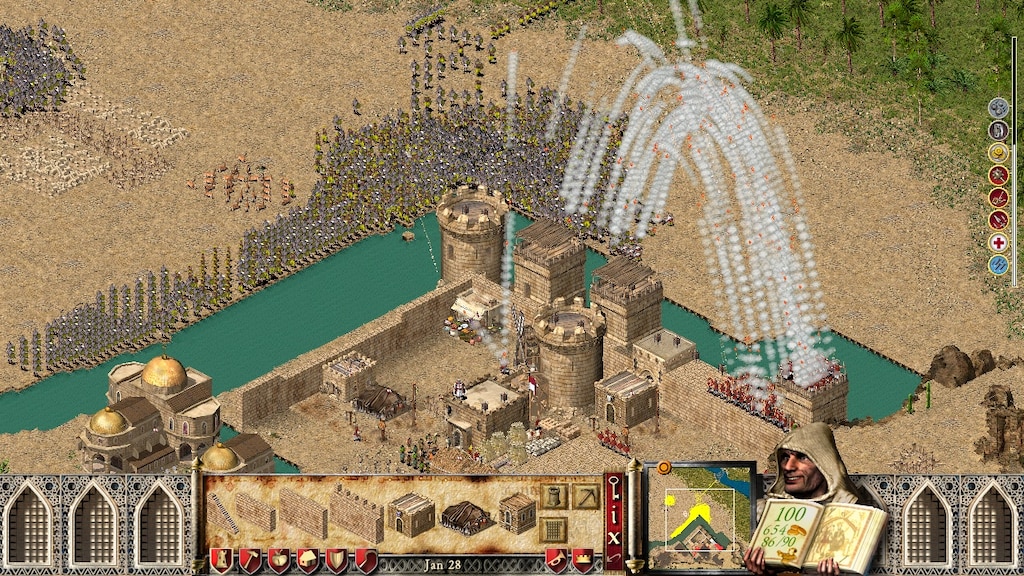 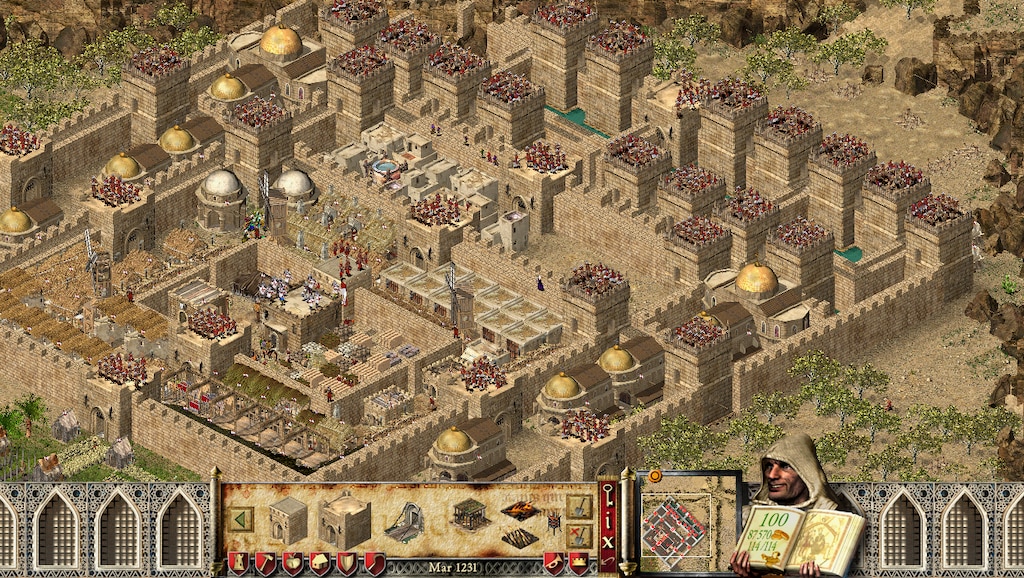 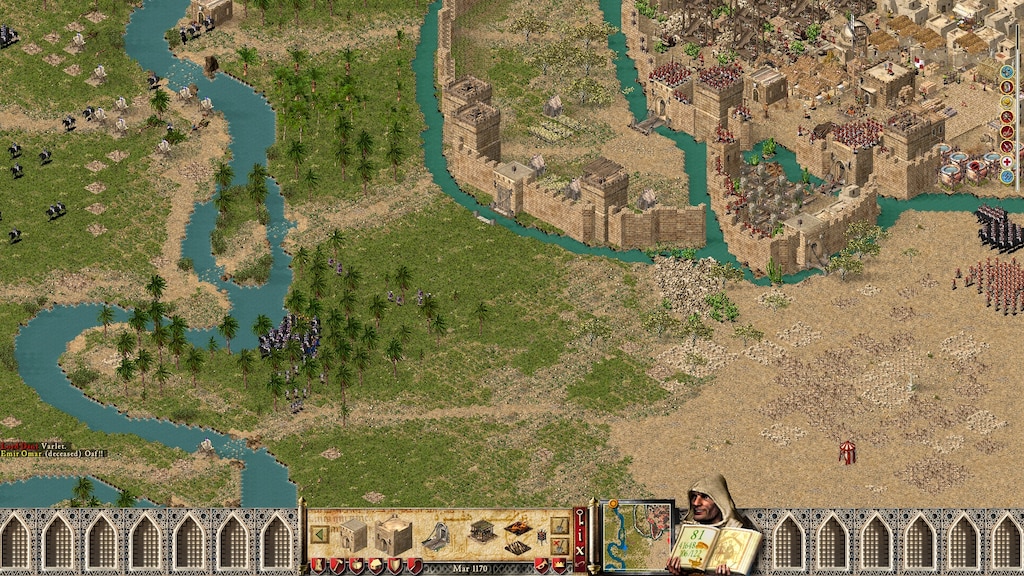 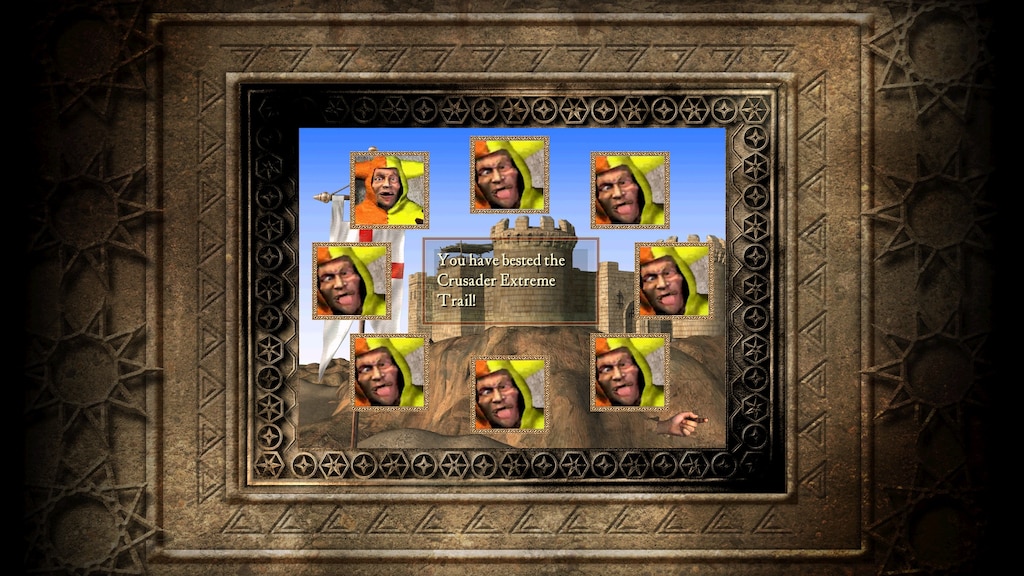 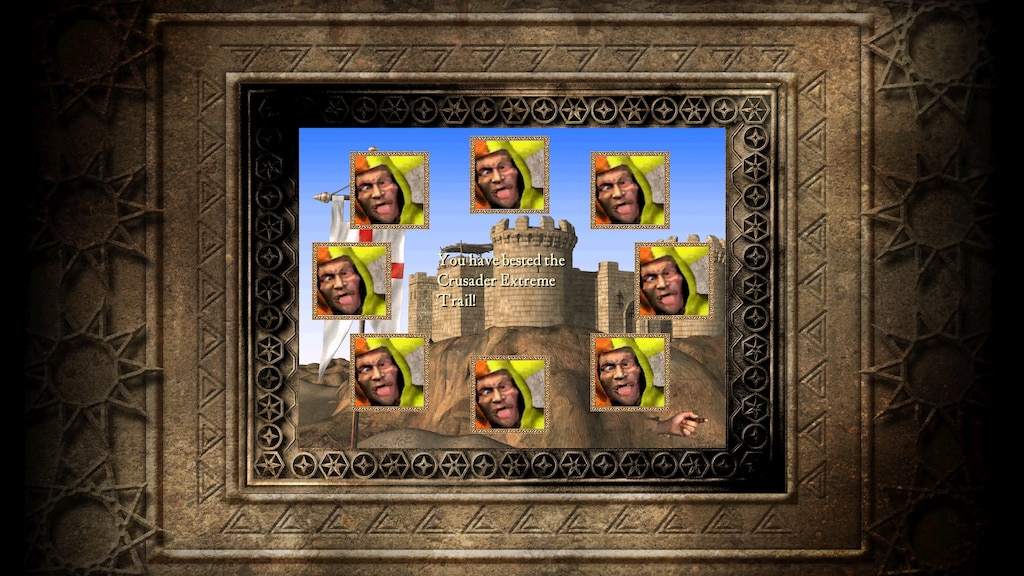 Extreme Trail Walkthrough
The guide contains the video walkthrough of every mission from the Stronghold Crusader HD Extreme, the Extreme Trail.
36 ratings 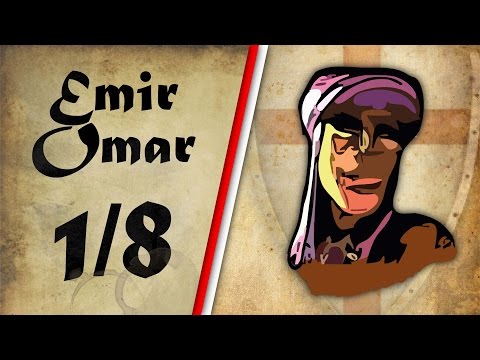 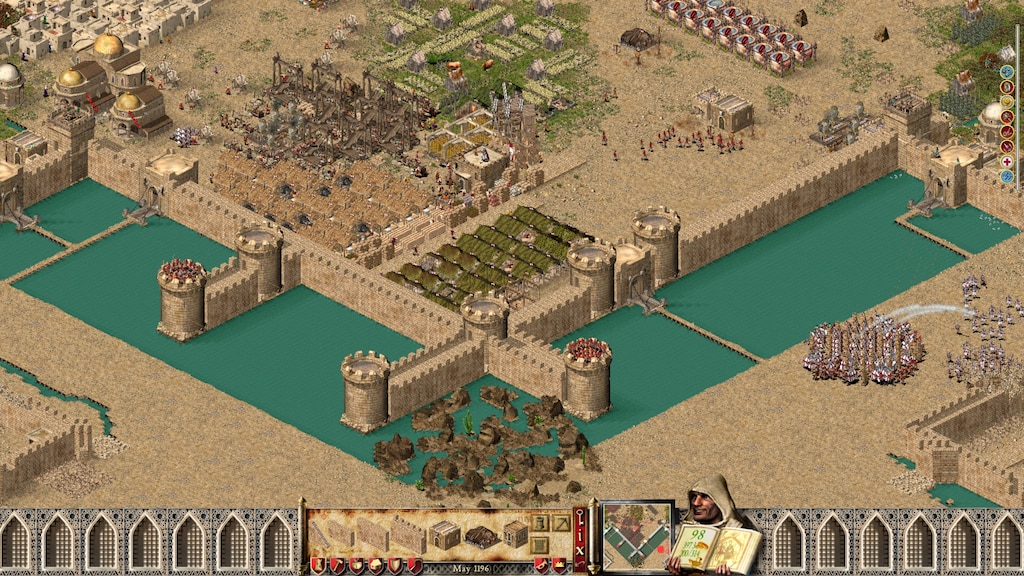 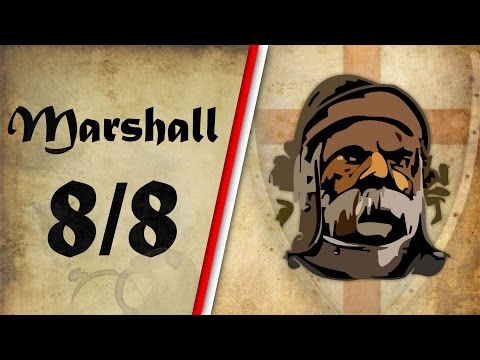 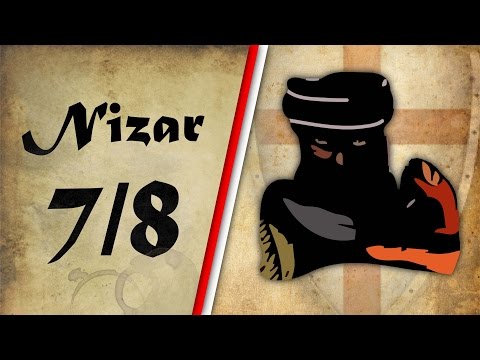 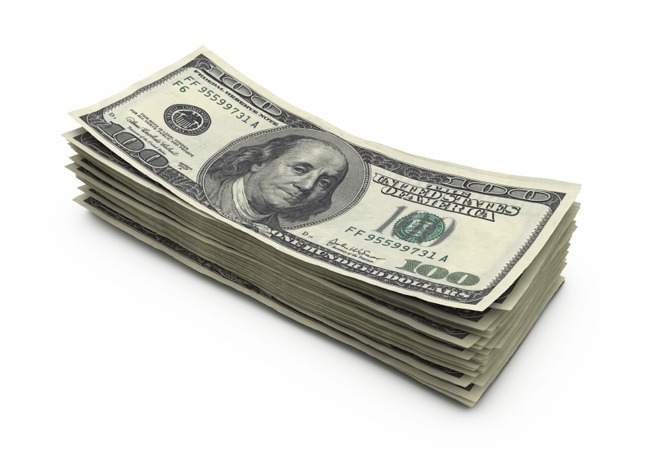 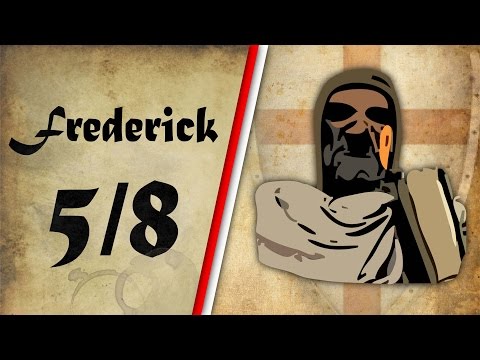 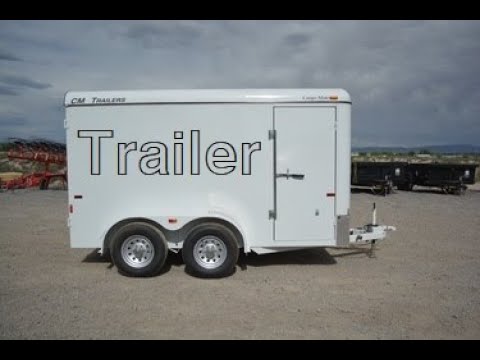 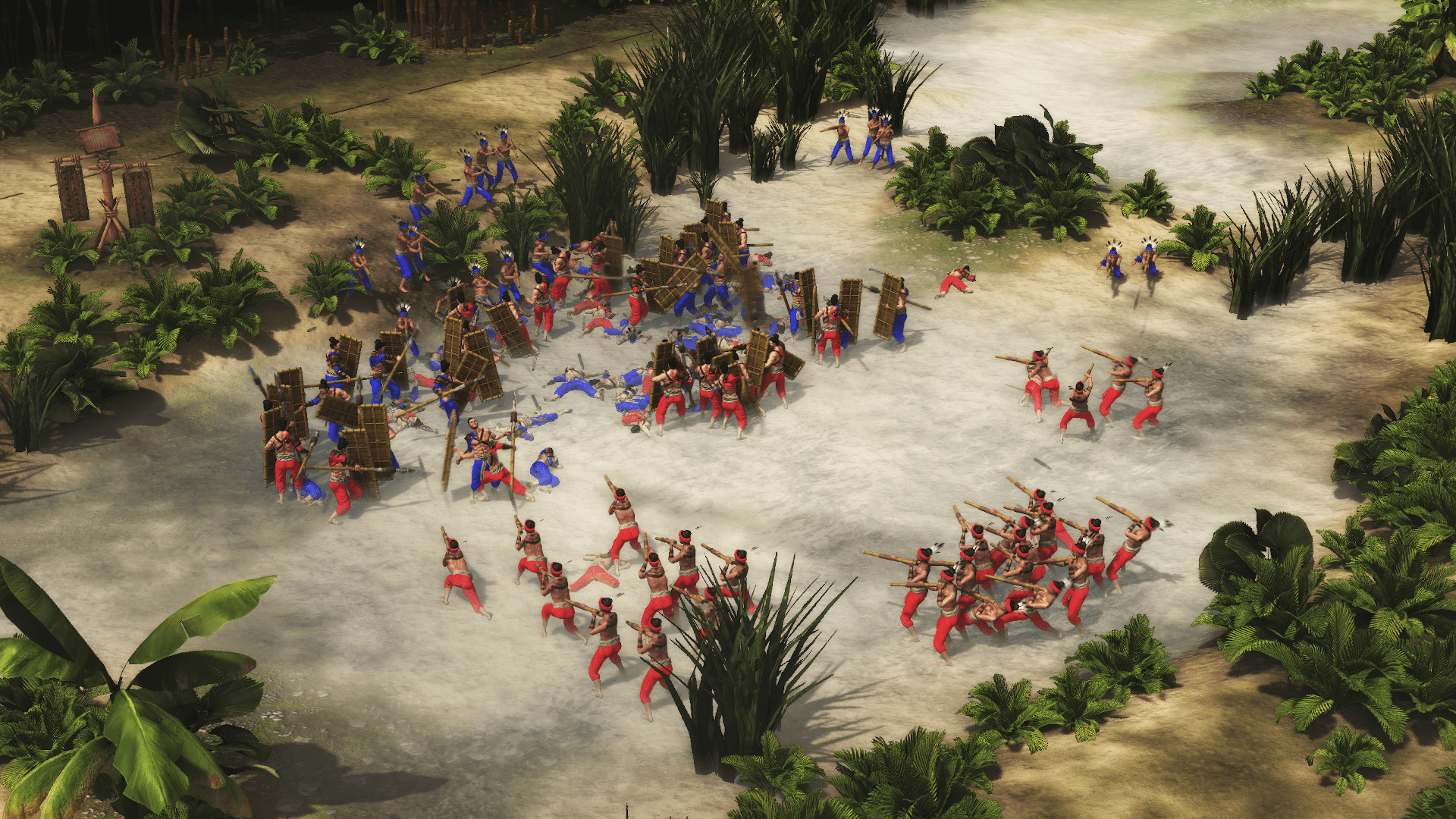 The introduction of new AI is something we're excited about and we're kicking things off with none other than Sun Tzu. The master tactician was an easy choice for us post-launch and, coupled with recent improvements to the AI, one we're excited to put in the hands of players. Initial testing puts Sun Tzu at the higher end of the difficulty scale, particularly when combined with the newer Extreme difficulty option and other tweaks possible in skirmish mode. So when going up against this fiendish AI remember to move fast and seize control of the battlefield! 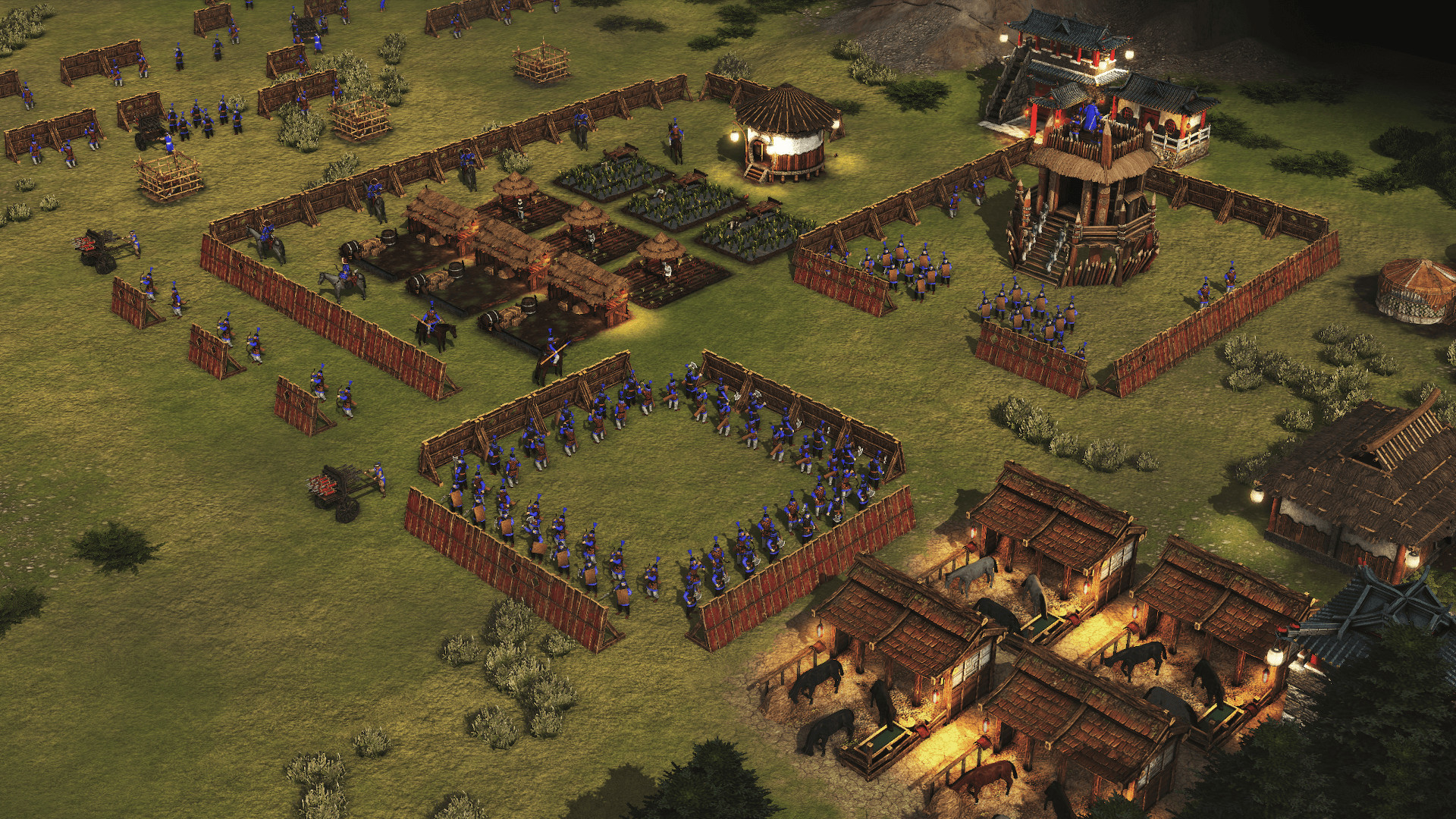 The AI focus continues this week with the much anticipated post-release addition of AI invasions in Free Build mode. Allowing players to launch enemy invasions of different shapes and sizes, as well as the difficulty of these attacks and other parameters, invasions open up Free Build mode to the more combat minded players out there. Now not only can you build to your heart's content in Free Build mode, but also use this time to prepare for war! Balance castle cosmetics with real world tactical considerations and crown yourself as the ultimate castle designer. 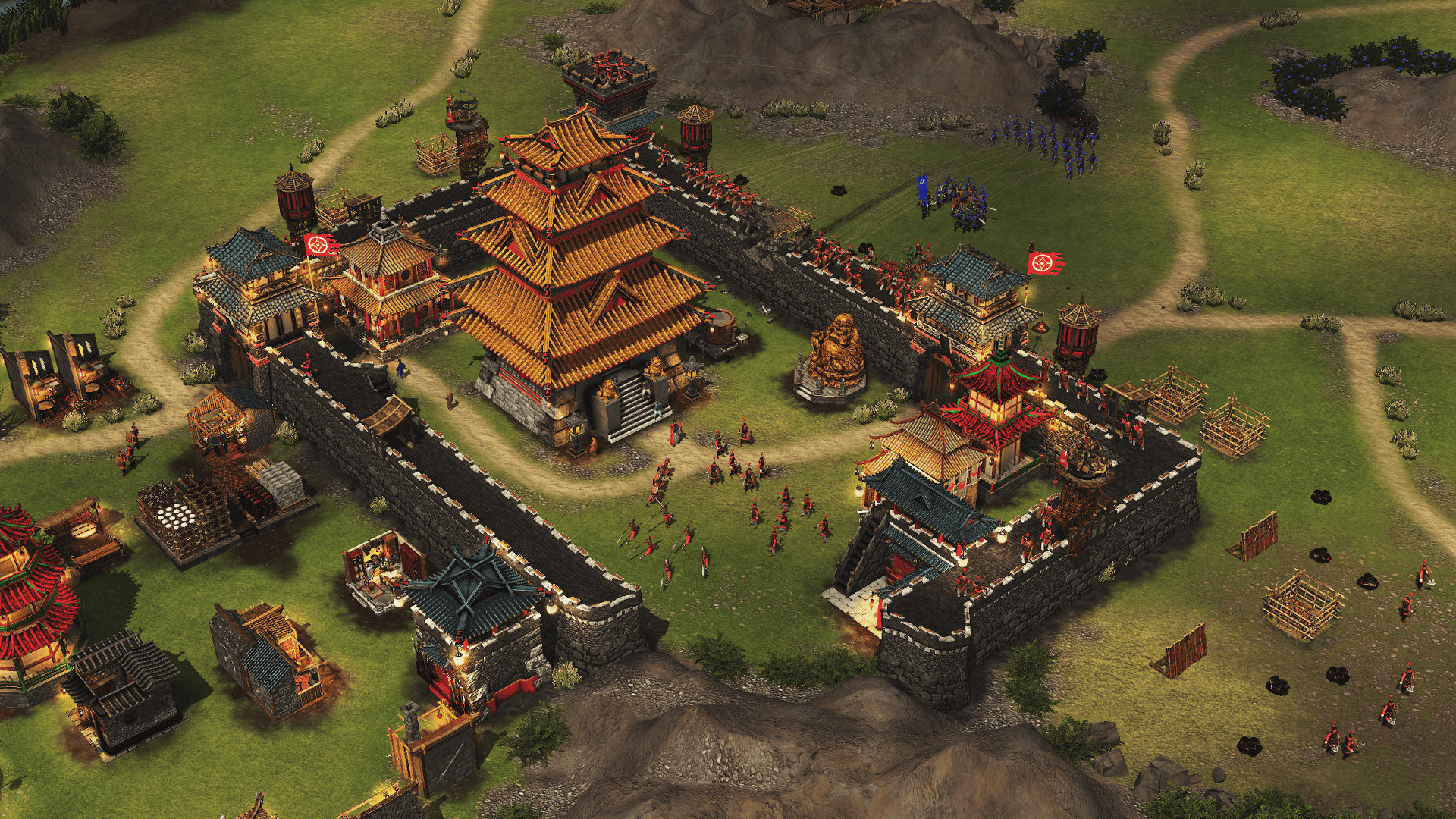 Today's new content update also brings the total number of maps in Warlords to 15 across Skirmish, Multiplayer and Free Build, with a further 300 user-created maps also available via Steam Workshop. In the past few weeks Warlords has gained a brand new map, a rework of an existing large map with increased build space and now a new Free Build map, the first of its type to feature warlords. This increase will continue into the upcoming version 1.3 and beyond, with v1.3 specifically set to include three new maps for use in skirmish mode and multiplayer.

Stronghold Crusader Extreme HD
61
6
Help me pls
in the game, i cant find my menu fire! i know it is on the right side of game and when we use, some fires or stone comes from sky, but i dont have it! how can i turn it on?

Mehrdad
9 hours ago
General Discussions
ummm.. any Trainer for the current version?
i know this sounds kinda dumb and all but one of the reason i've enjoyed SCE is because of the stupidly fun trainers that made the power bar unlimited. Now since the current version is 1.4.1E, none of the available trainers are working. so, is there any trainer that works with the current steam version?...
11

hardboii
Apr 8 @ 4:45am
General Discussions
Warlords Roadmap Reveal
Mar 23
https://www.youtube.com/watch?v=FYuSRk1PPaA
Today we reveal the first part of our post-release content roadmap for Stronghold: Warlords! This first phase in our overall roadmap of updates for Warlords covers the spring and early summer period, with additional smaller patches planned and more to come in the second half of the year. Everything covered in today's announcement will be added to the game free for all players, released as soon as it's ready. 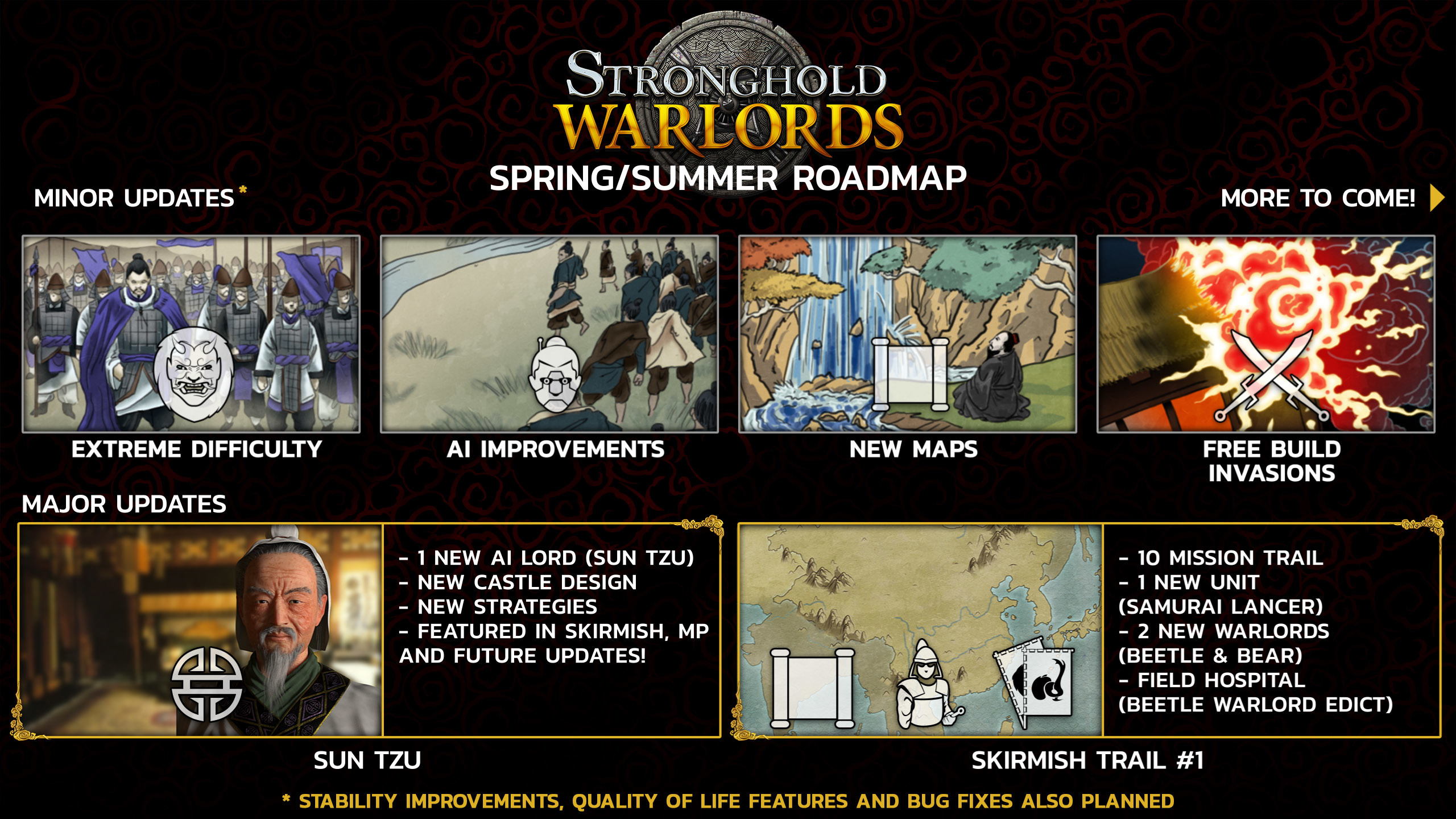 Our content roadmap for Stronghold: Warlords is divided into two separate tracks of minor or major updates. Minor updates, starting this week with our first proper patch, will be aimed at improving the core gameplay and adding smaller improvements to Warlords. These include the addition of a new Extreme Difficulty mode, AI improvements, new maps and stability improvements. At the higher end of these 'minor updates' you'll find series staple features, such as the addition of invasions controls in Free Build mode. 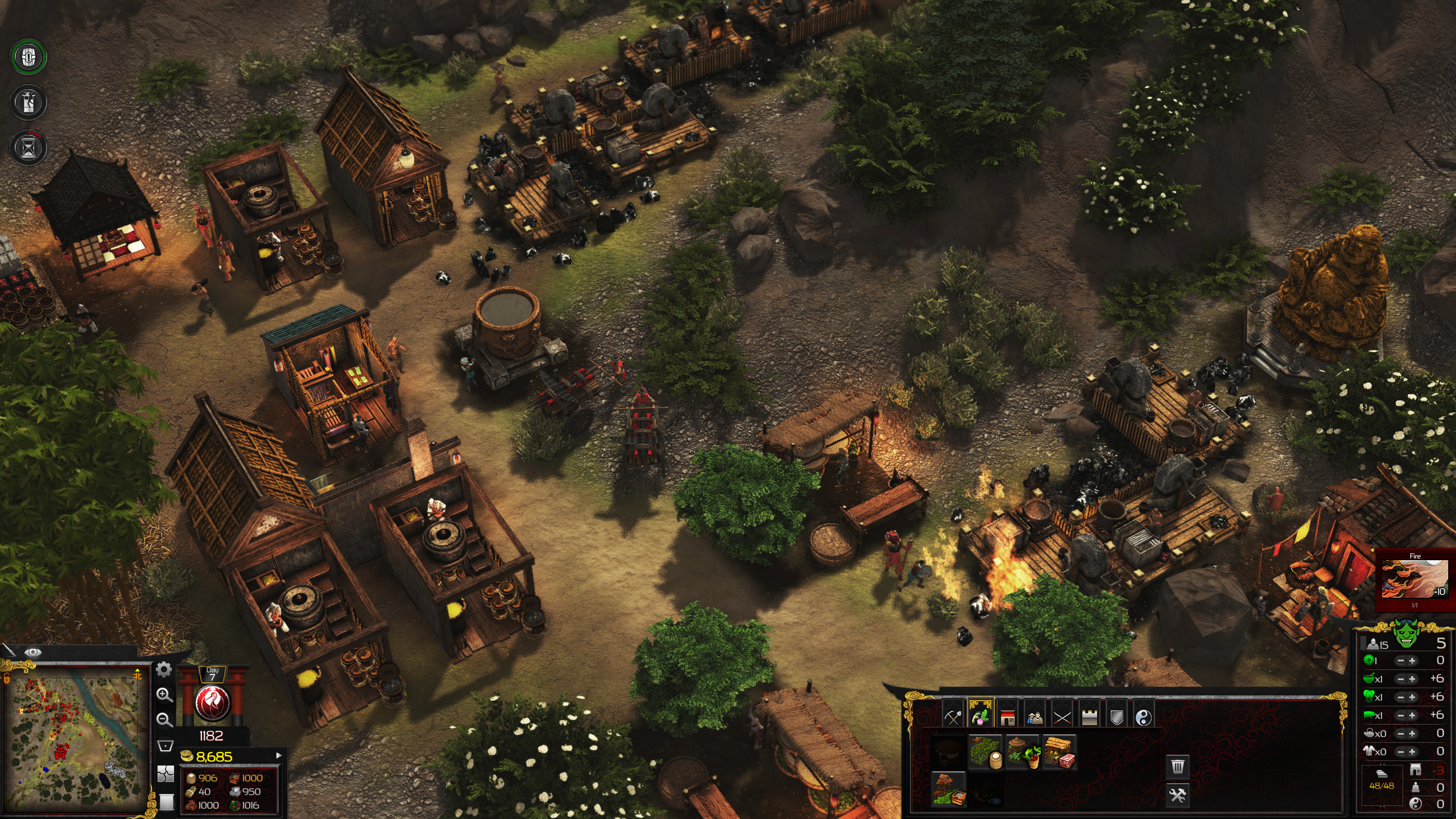 When it comes to our planned major updates for the next few months we also have two substantial content additions scheduled, as part of this initial roadmap. Planned pre-launch and requested in post-release feedback, our new AI character (Sun Tzu) and later Skirmish Trail #1 update (including 10 missions, a new playable unit and two warlords) will aim to improve the content on offer in both single player and multiplayer modes.

We hope you enjoy this week's update and look forward to future additions to the game. If you're playing Stronghold: Warlords and would like to provide feedback please leave us a review on Steam and join the official Stronghold Discord[discord.gg].

falcon
Mar 30 @ 11:08am
General Discussions
Cursor glitching - invisible when stationary
Both Stronghold Crusader and Stronghold Crusader Extreme has the same glitching mouse cursor: If I don't move the mouse, I cannot see the cursor. When I move it, its visible, however with a black background box around it. When I stop moving the cursor, it vanishes again. Has anyone experienced this before, and if so: do you know of a fix?...
3

Knas
Mar 2 @ 11:54am
General Discussions
No one has rated this review as helpful yet

Recommended
13.0 hrs on record
Product received for free
the hardest strategy game I had

Recommended
67.5 hrs on record
its fun