Explore an endless cavern of creatures, relics and resources in a mining sandbox adventure for 1-8 players. Mine, build, fight, craft and farm to unravel the mystery of the ancient Core.
$12.99
Visit the Store Page
Early Access Game
Get instant access and start playing; get involved with this game as it develops. Learn more.
Most popular community and official content for the past week.  (?)
Thank You for Taking Part in Our Spring Challenge!
May 25
The sun is peeking in through the Nature Biome and the Heart Berries are starting to bloom. Spring has sprung, and we wanted to celebrate. That’s why, at the start of April, we invited you to take part in our Spring Challenge and show us just how creative you could be with the plant life in Core Keeper!

We had some amazing submissions across both Twitter and Discord, and after narrowing down the entries to our favourites, we opened them up to the community for voting. This left us with two winning entries, and the creators of which were awarded the title of Master Gardener! 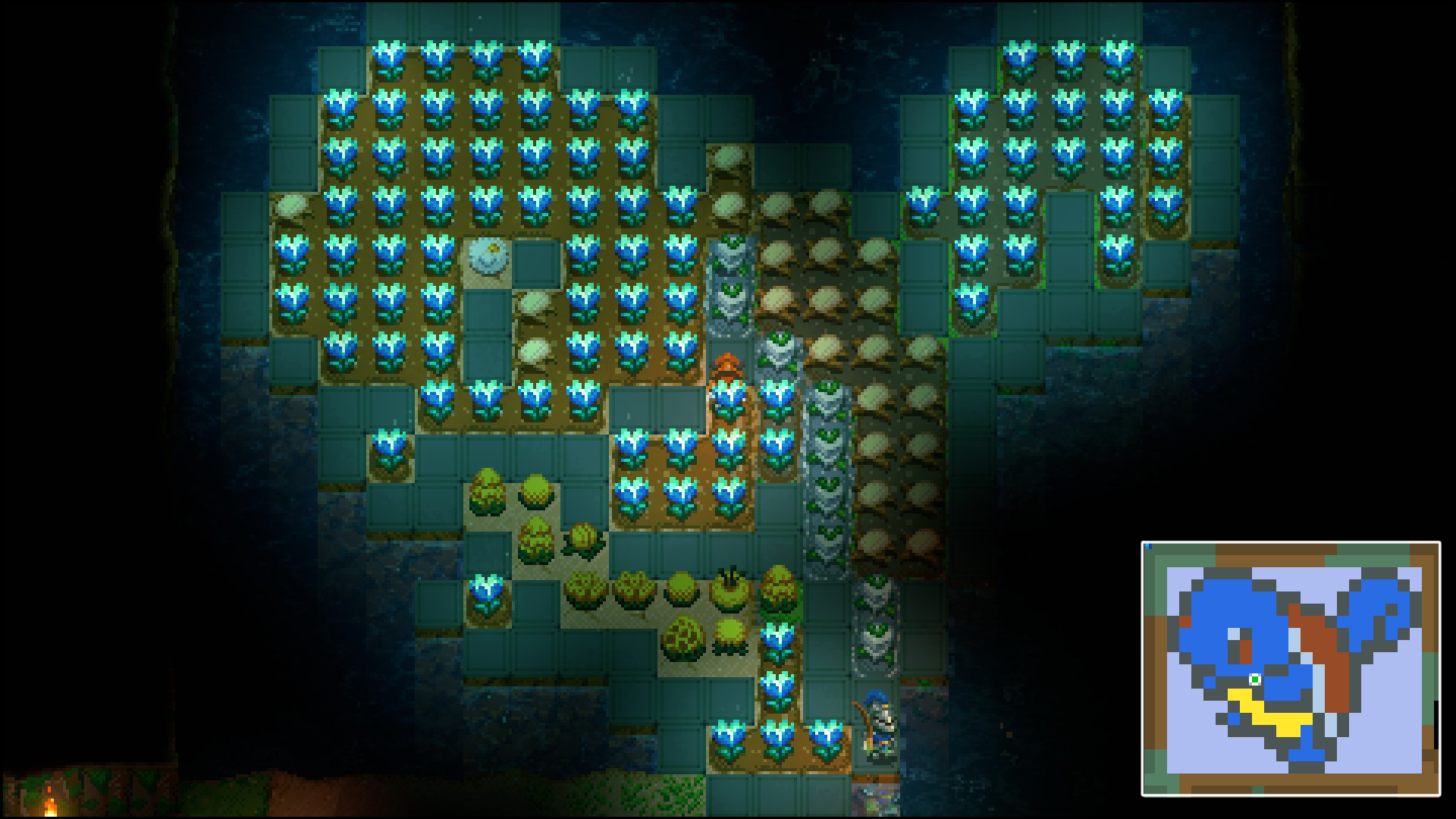 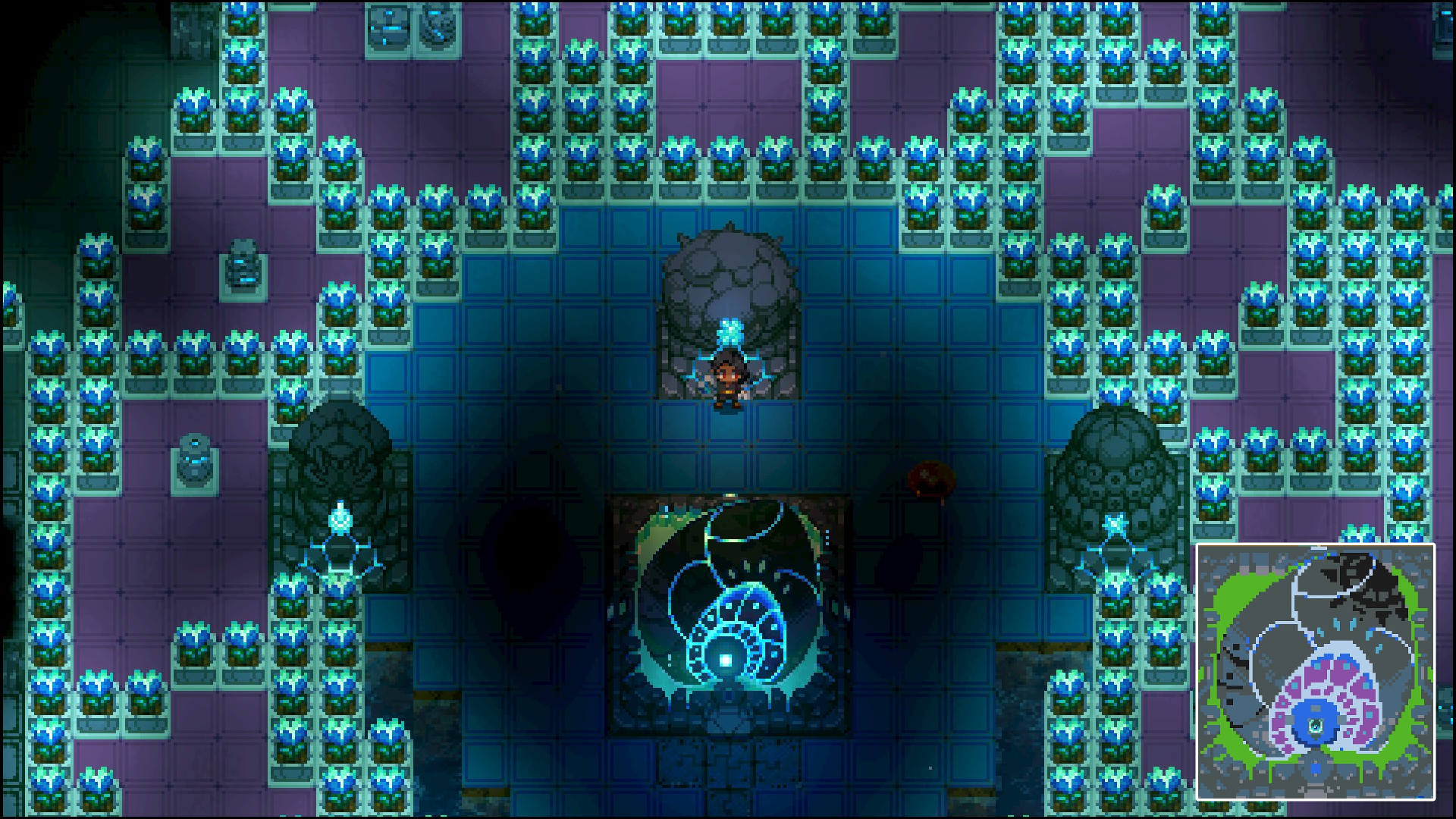 Alongside our winning entries, we had plenty of incredible submissions, and we’d like to share a selection of these with you here today. 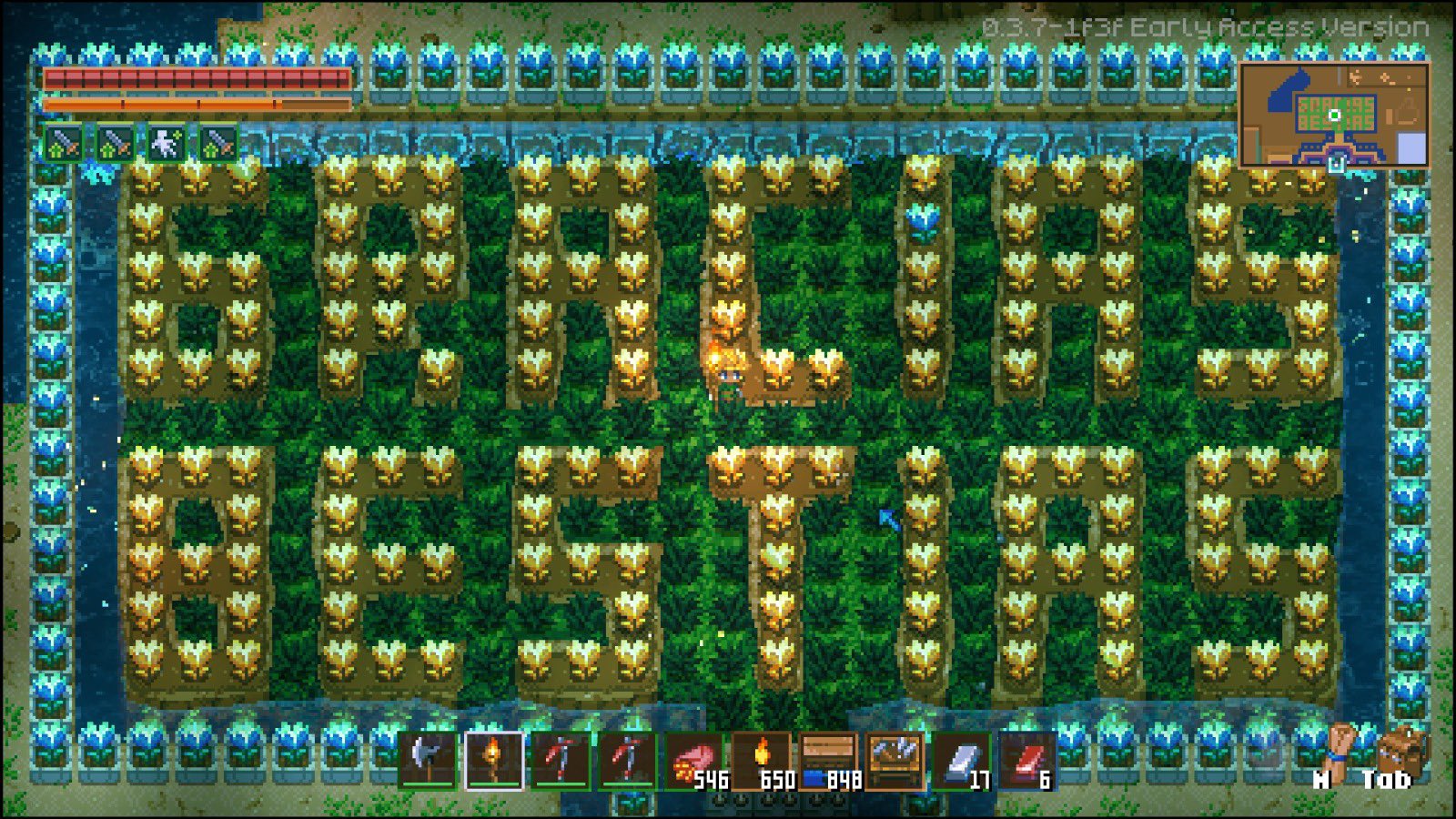 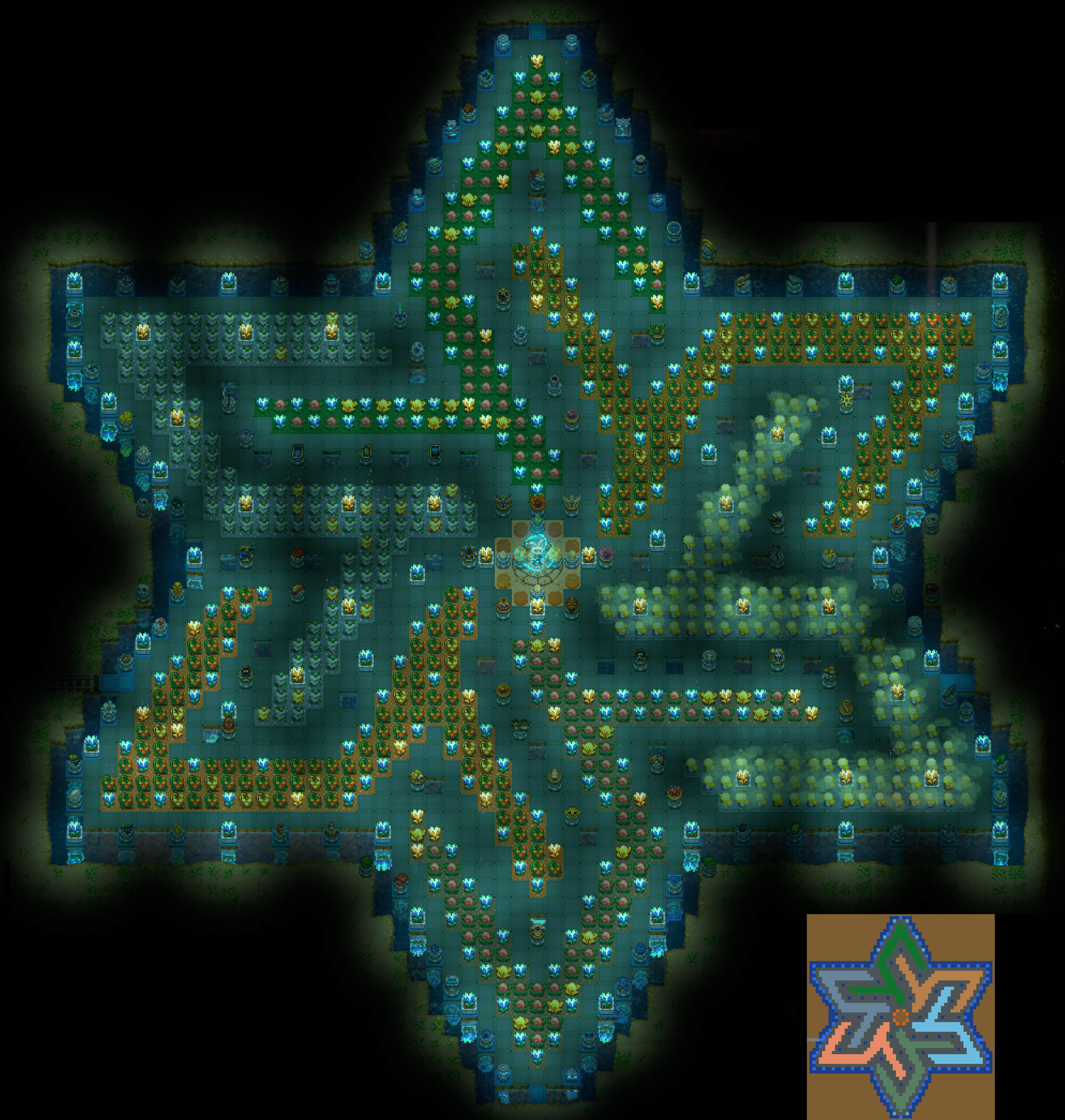 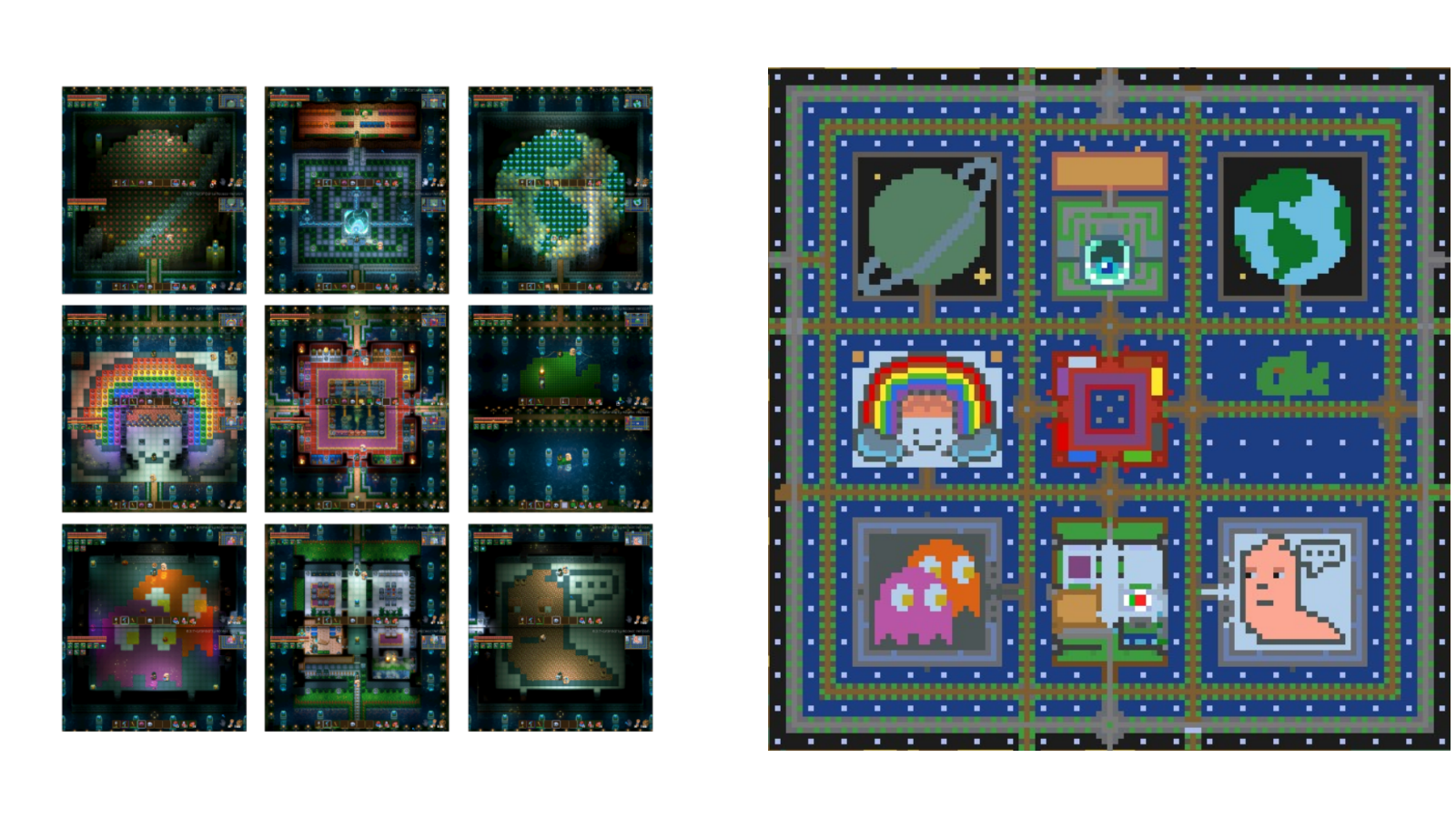 By majesty and Keysha 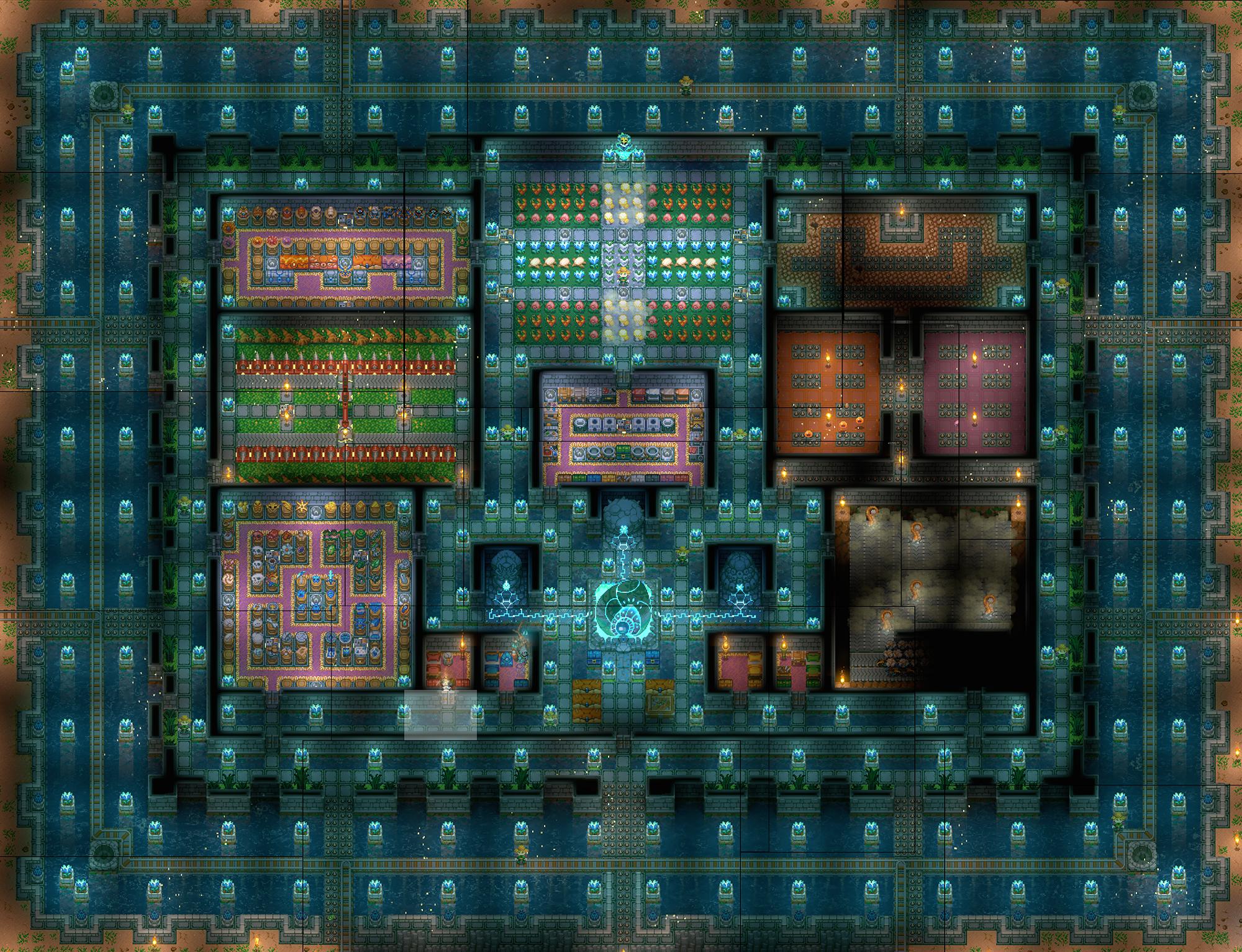 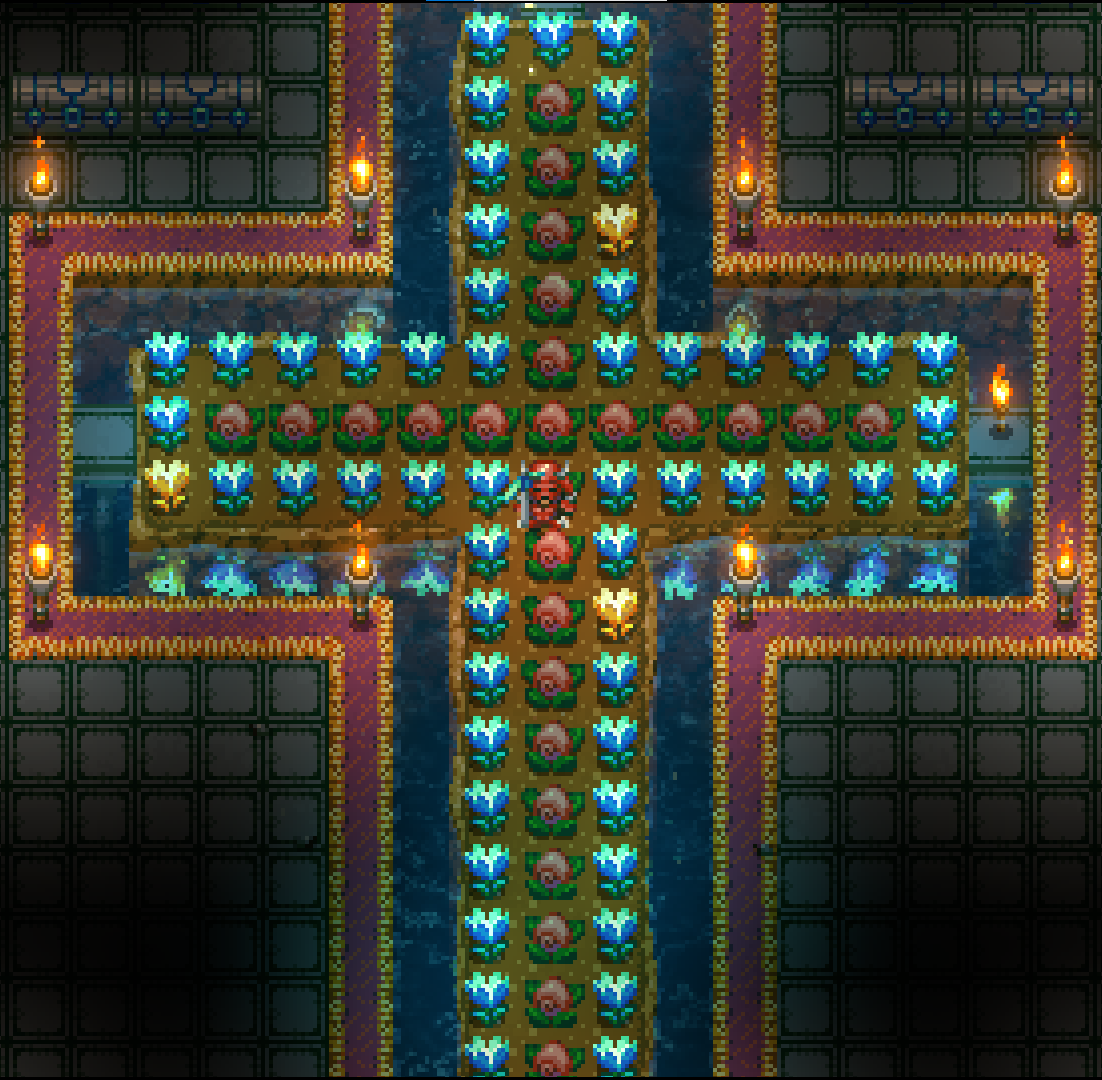 We had so many great entries for this challenge, and we hope everyone who entered had fun taking part! What kind of challenges would you like to see us run next for Core Keeper? Let us know in the comments or over on the Discord[discord.gg].

Core Keeper
313
9
Map Markers
Biggest wish for the game. Being able to tag where all my drills are running would be super nice. As is I am digging around them to the black stands out against the map because its near impossible to see some veins against the biome map. Or is it because I run 10 drill locations at once. I am keeping them on a slip of paper to help keep track also....
2

Core Keeper
213
7
Core Keeper - Patch Notes - 0.3.12
May 11
You may recognise some of these patch notes from an update we made to the experimental branch of
Core Keeper on Wednesday the 27th of April. These are now also live on the main branch of the game, along with some new additional patches, which we have highlighted in bold for you.

Not Recommended
19.9 hrs on record
Early Access Review
The potential is definetly there. But the game is bloated with time gates.

For example, one of the bosses drop a cool breastplate and pants with a 10% chance, so you would need to kill it 10 times on average, and you would have a 90% probability of getting the drop on the 22nd kill. The problem is that the boss' summoning item is tied to an NPC's shop, which only restocks when loaded, and even then, it takes about an hour. That's 22 hours of basically AFKing and waiting for an NPC to restock just to have a 10% chance of not getting the drop after the 22nd kill.

There is also a skill system which has really nice stat bonuses, but the amount of time you need to invest into each skill is just too much. I played through the game with using almost only melee, and my melee skill was 24 at the end, out of 100. Meanwhile in Stardew Valley (a game which pretty heavily inspired this game), you can easily get 10 farming in your first 2 seasons.

The game also has extremely rare structures which hide permanent health boosts and unique weapons. This can be either a good thing or a bad thing depending on the person, but I find it frustrating to search for an evasive building that hides the final piece of a sword, or search for a permanent health boost, especially on a multiplayer server, where each player would ideally have their own weapon and health boost.

The trailer also shows the ""automation"" part of this game, which is a joke. The drills are bugged, and the more you place on an ore boulder, the less ore it will give. They also need to be loaded in order to work properly, or they will slow down in the best case, and completely stop working in the worst case. As an added bonus, the ore boulders are spaced out in a way that you can't load them all at once, and in the best cases, you might be able to stand between two and load both. Conveyor belts are extremely laggy, and if you place down 80-100, they just stop working and become invisible. Robotic arms are just simply stupid, and will get stuck if you dare placing a coveyor belt facing them.

Optimization is just something the devs ignore. They add resource heavy shaders that make the game look a bit better, but they don't give you the option to disable them. Place down 10 torches, and the game starts chugging. The obvious solution is to remove your light sources, which works sometimes, but if you dare growing plants in the dark, they will emit a particle effect and start shimmering. There's also a plant that acts as a light source, which is just insult to injury. The game also seems to be unable to handle a lot of sprites on the screen at once. The thing is, if you have a plant growing, there are multiple sprites on top of each other: the ground sprite, the tilled ground sprite, the watered tilled ground sprite, and the plant sprite (which is animated), +particles. This combined with the fact that you have to harvest thousands of plants to reach gardening level 100, you are encouraged to cover your entire screen in plants and play on 5 FPS.

As I said, the game has incredible potential, and when they remove these unfun mechanics, fix the bugs, optimize the game, and add more content, it will rival games like Terraria and Stardew Valley, and I will gladly recommend the game. But as for now, it's an unfun grindfest without any feeling of accomplishment when you reach your goal.

Thexus
243 products in account
2
Performance is horrible
Played the demo before the game launched with no issues; full game drags. None of the settings are helping, I have everything set to minimum and playing in a tiny window and it still crawls. Anyone else having performance issues?
25

Dumb Quixote
May 22 @ 10:49am
General Discussions
hit box is broken, also no evade? i can see combat is going to suck
i really want to like this game, but having already ran into a slime boss that not only spreads more slowing floor slime and two shots you. i also have looked in the settings to see no keys for blocking or rolling? so far from what i have seen its very jank...
17

PoggerLich
May 23 @ 2:51pm
General Discussions
[Guide] Here's a 1 click way to set up a dedicated server :)
Requirements: 1. Install Docker 2. Read the info real quick here: https://hub.docker.com/r/ich777/steamcmd/ 3. Run this command from your terminal: docker pull ich777/steamcmd 4. Edit the container config file (optional) 5. Check the CoreKeeper.log for your Server Game ID Simple as that. You can run this on a system as small as a Raspberry Pi. If you see the Server ID in the log, then you're done. Now you can connect! +-+-+-+-+ NO GPU, NO LOGIN NEEDED! +-+-+-+-+ What does this do? ...
23

󠀡󠀡
May 21 @ 5:50pm
General Discussions
Impossible Azeos in multiplayer
Hi guys, I've been playing Core Keeper with two others friends but we are stuck at Azeos, after a lot of try, we cannot beat it. I have watched many videos about how to kill it, but impossible. There is too much crystals appearing (we bomb them to make it more easy), he gets his life back too easily. We even have made a house next to him to come back quickly, but nothing makes it. We are all equiped with full scarlet reinforced. Do you have any other tips to beat it or he's just doesn't have a good balan...
5

Recommended
51.4 hrs on record
Early Access Review
I gambled and bought this game. I convinced some friends to give it a try with me. None of us regretted it. We played so long on the game for the first few days. We still play it and can get immersed into what we're doing to where hours pass by so quickly.

Simplified Cooking - A Cheat Sheet to Quickly Understand What's Best to Cook!
Don't worry if you feel overwhelmed by the 1190+ dishes with unique sets of buff values! This all inclusive overview will help you understand, at a glance, what ingredients will be best for you to cook together. (Updated for 0.3.13)
33 ratings 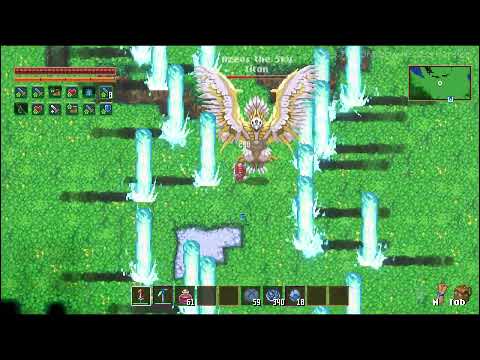 Optimal Boulder Mining
Where to find these ore nodes, how long they last and how the metal output reduces with faster drilling. Checked in game version 0.3.13. 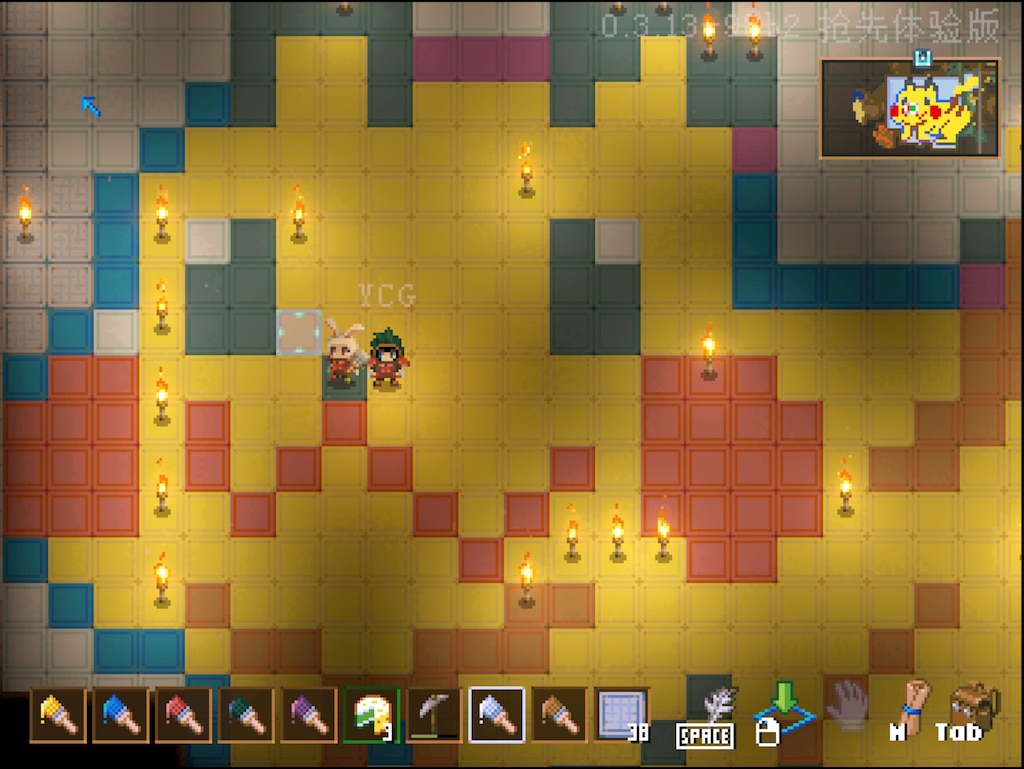 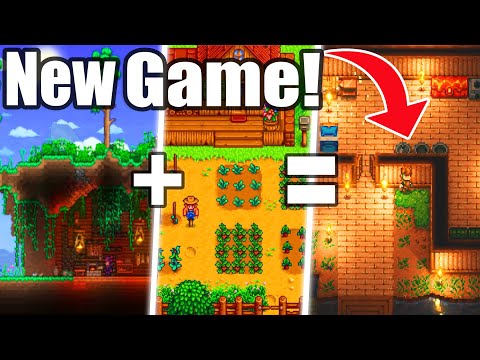 0
1
Terraria But It's Combined With Stardew Valley... 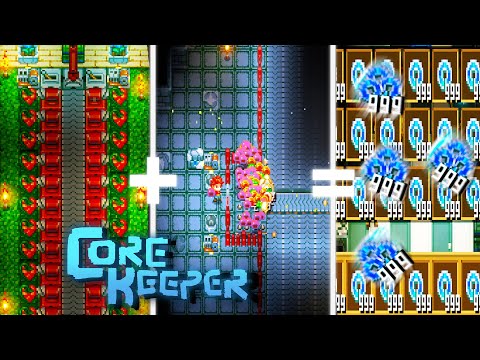 0
0
What Is The Best Way To Make Money In Core Keeper? (How To Get Ancient Coins) 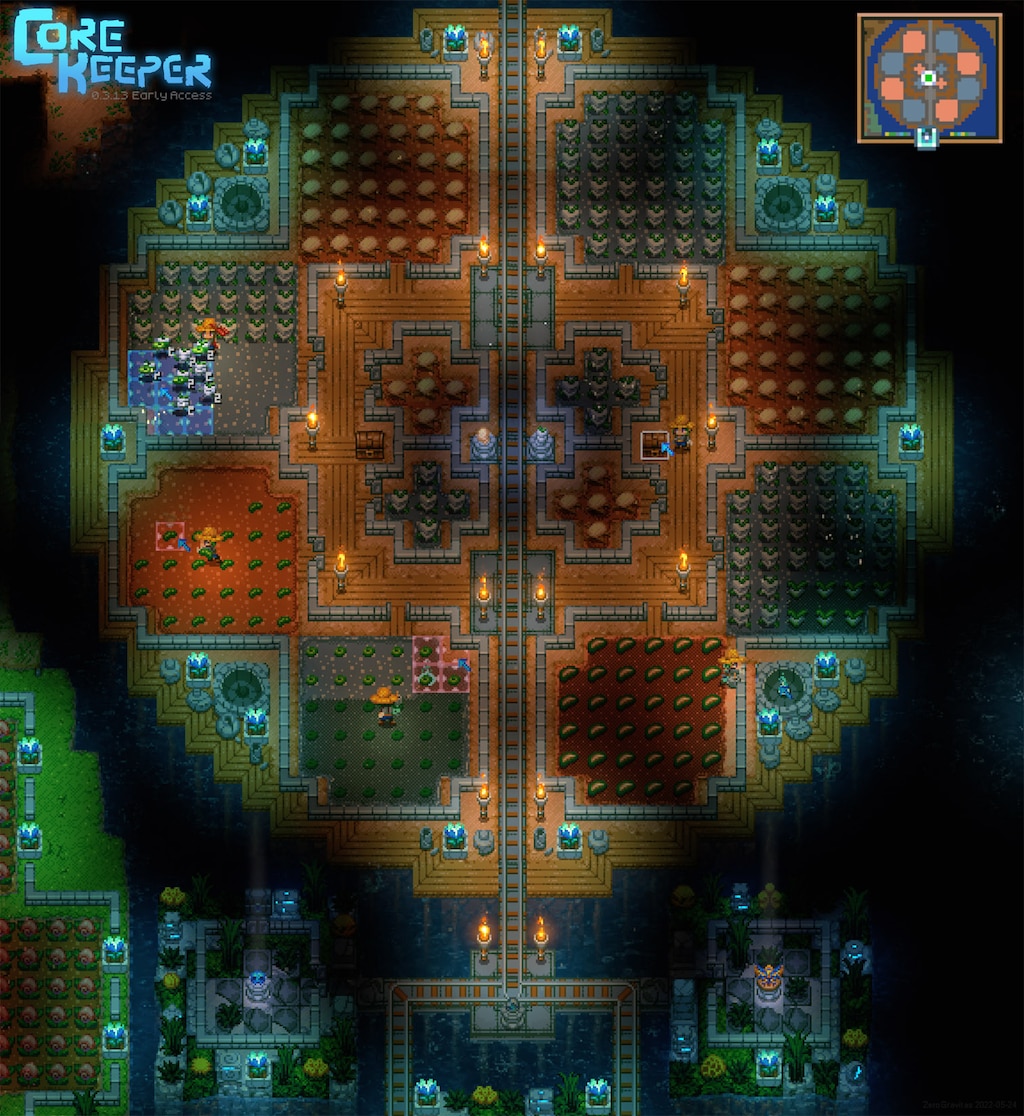 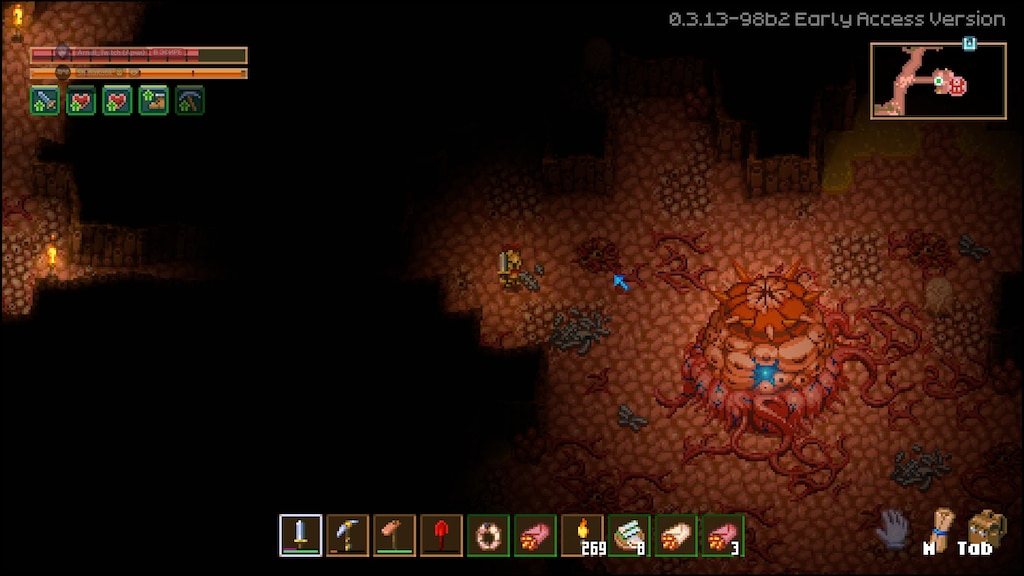 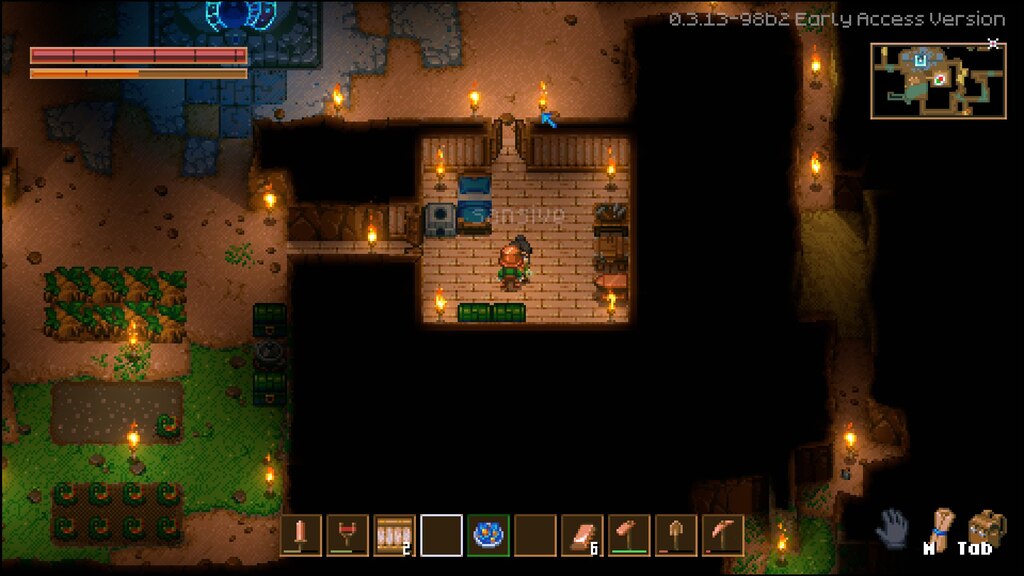 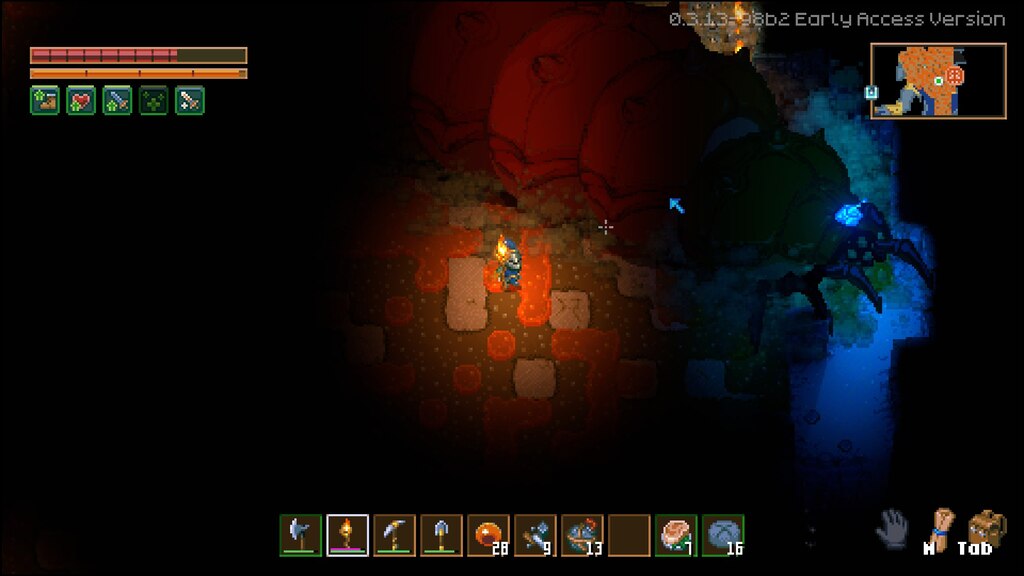 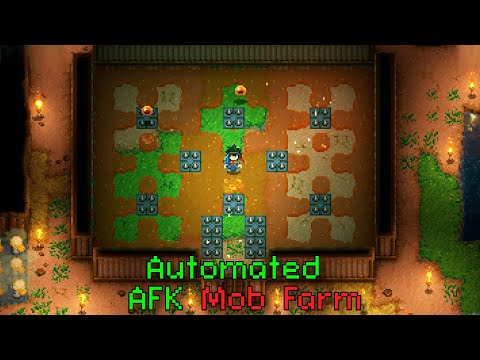 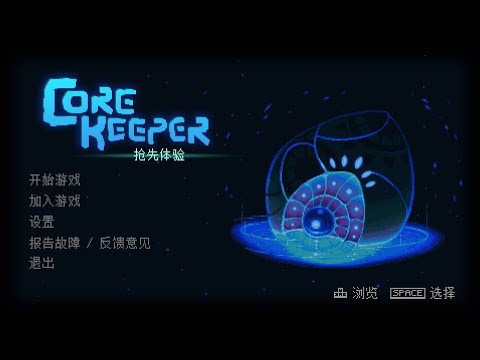 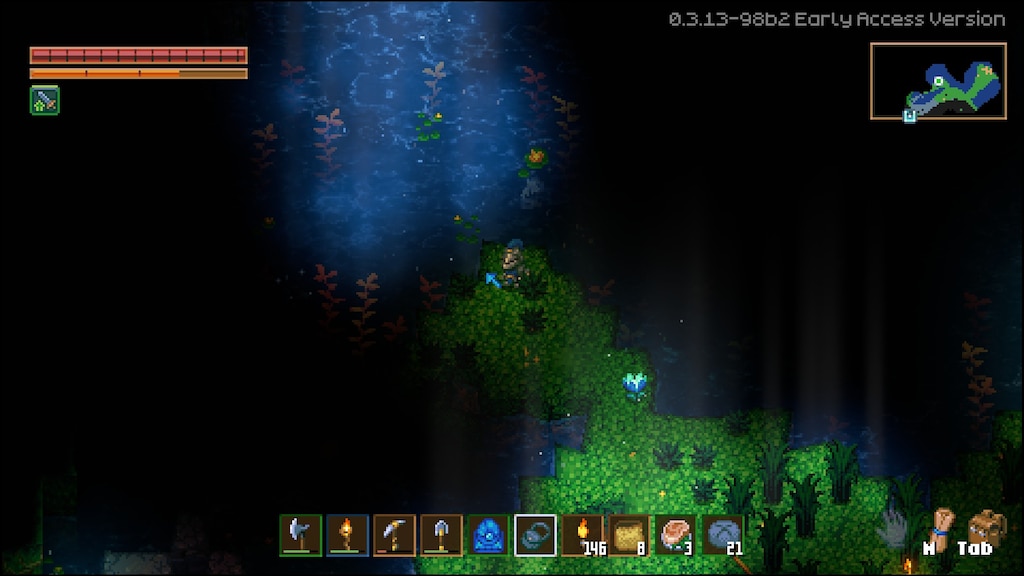