Elewder
15
0
Bug Reporting Thread
Found a bug? Report it so we can squash it!
36

Henley
Oct 31 @ 8:54am
General Discussions
Update version 0.1.1
Nov 22
Hello, Warlocks! Thank you for your patience as we build the first post-release patch for Elewder for early access. A little later than our target date of the 15th, this new build is just jampacked with new mechanics, new systems, overhauls, graphics, sounds, etc. There should be a lot of requested fixes and such for the game as well, getting your feedback on the build will be very exciting! 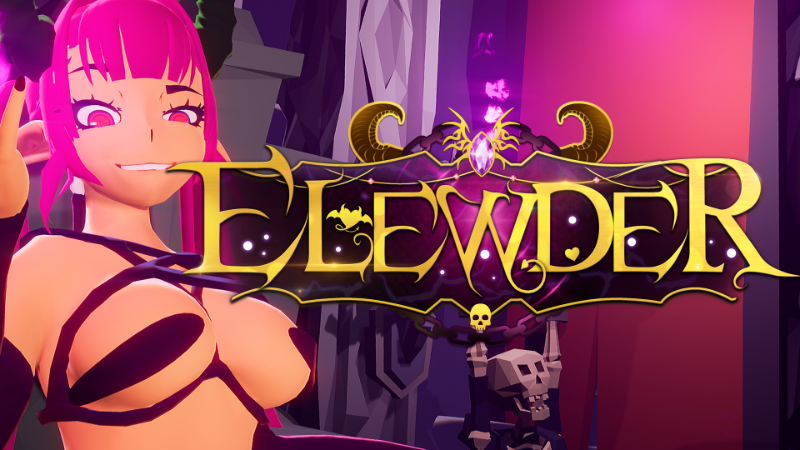 As for the new art assets and content, please expect that in the next patch, building the new minions will take a little bit more time. For now, enjoy our new patch, we have been working really hard to get this done as soon as we can!

Please send your feedback in! We are excited to hear what you all think!

Elewder
40
10
November Preview
Nov 9
Hello, Warlocks! Thank you for your patience while we build the next patch based on all the wonderful feedback we have received over the past few weeks. This update will be broken down into two parts, the first is focusing on the build coming around November 15th, and the second patch coming around the end of November.

Patch v0.1.1
After the release, we aimed to focus on building and changing the core mechanics to match our customer’s expectations for a roguelike bullet hell. The feedback has been amazing but the content you’ve requested will take a little longer to build. So the first half of November is focused on the gameplay effects.

We want to address the player growth and add a skill ceiling, and this is tough to do. We have been in constant communication with people engaged with giving feedback and we have come to the conclusion that adding in spell variety was not the direction we needed to head in. Coming in this patch you can expect the following changes.

Removal of spell swapping and the secondary weapon slot: Characters will now have one offensive spell, and one support spell (left-click and right-click). This means that shooting on a controller has now been moved over to the right joystick.

Lust building and support spells: A new mechanic in Elewder is the building of a bar called “Lust” this bar fills with enemies being defeated and new rooms being explored. This system ties directly into the support spell, so using the character-specific support spell will cost some of your lust. Once the Lust bar has filled you can now trigger finishers on stunned enemies.

Finishers overhaul: The new finisher system is now a more focused affair, the animations have been overhauled, the systems rebuilt. The positions still have randomization to them but the camera is controlled by the game to make a more cinematic experience. Finishers also have a very simple timing minigame attached to them, and succeeding in this minigame will reward the player with more items and gear the better the player performs!

Loot overhaul: Elewders beta loot was simply not a very fun experience, now each item will affect a variety of elements related to progression. You can also stack the items to build better runs. We have reworked the unlocking system as well since a majority of players were very confused about how it worked, now while you play Elewder you will find blueprints, these blueprints will “unlock” the item to be found in your future runs, this is all done by conversing with the Memory Master NPC in the player starting area. To help ease players into this we will have an in-game explanation of the system along with a new UI built just for unlocking items. We will also aim to add way more items to the possible items for this patch.

The new finisher system also ties into the new loot drops with minions having a “ranking” for what quality of the loot they will drop. As your lust bar fills the minions will begin to glow with an aura depending on the quality of treasure clapping their cheeks will drop.

Building “the urn”: During your runs in Elewder new choice orbs will drop and these items will task you with making a decision between two or three items, choosing one removes the others. Now the focus on building your character each run is beginning to take form. This mechanic will also replace the treasure room on the run so the “free” items per floor will now be specifically this.

Knights stand alone: The Knight character for the most part was a clone of the Warlock, in this build, she is far more diverse. She has a different defensive ability, A different attack pattern (melee), and a different support spell.

Basic game feel updates: The player is now a lot faster by default, and easier to control, among other small changes to get the game feeling right. This includes the much-requested continuing to fire after teleporting issue.

Other small changes for this patch revolve around removing items that have caused great confusion and adding more dialogue to the NPC’s in the starting area to elaborate on features and mechanics.

Patch v0.1.2
This patch was supposed to be a part of the first one for November but building content and new models take a considerable amount of time. One of the biggest criticism of Elewder was the lack of unique gameplay from the minions in the game. We have heard you!

So take a look at our freshest offerings for the new minions for the Egyptian area of Elewder! 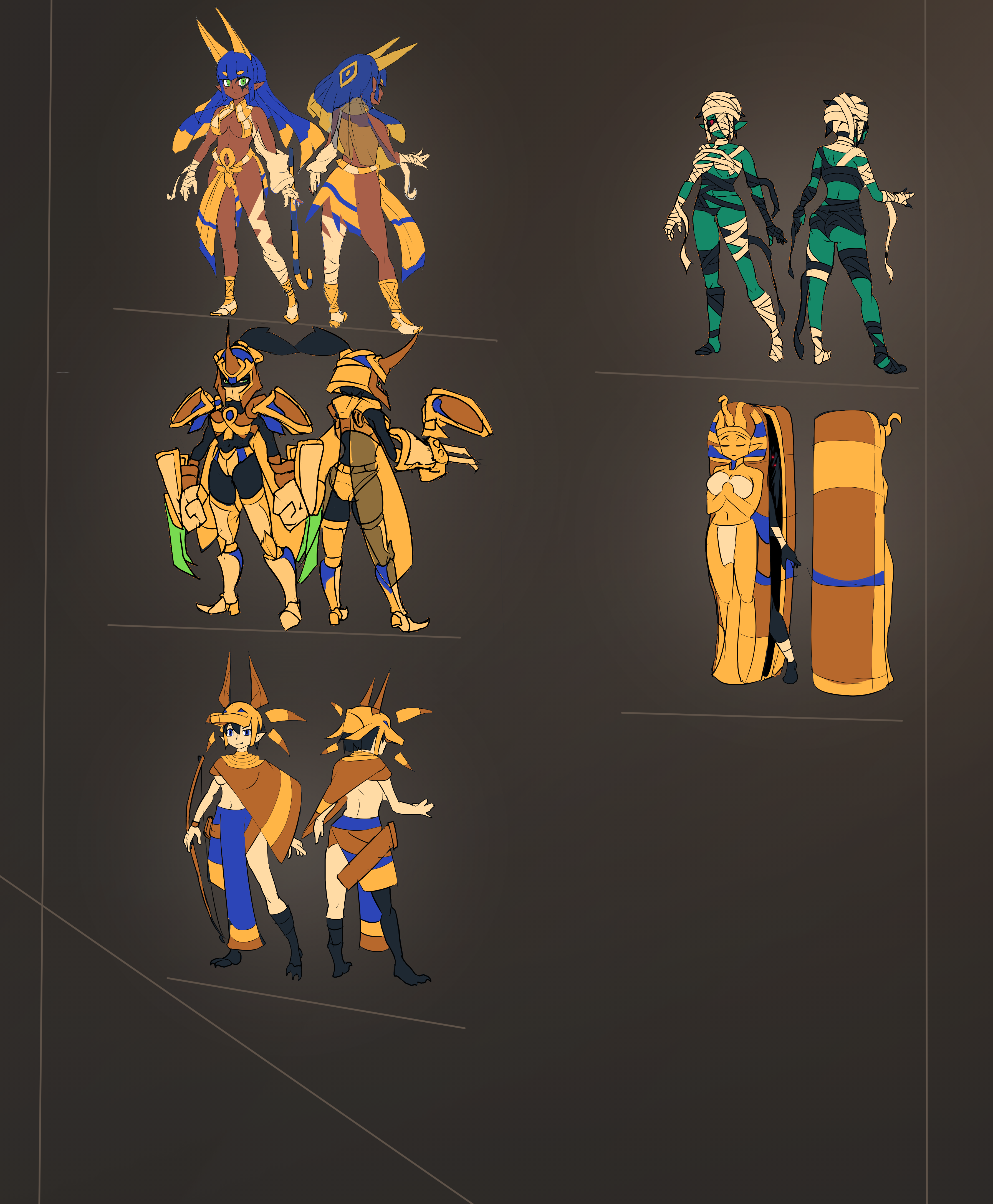 Each area will have a minion overhaul to include the following:
5 new unique minion types and minion effects, for the Egyptian area we will have a:

The Sarcophagus is a support-type minion that will spawn mummified minions. 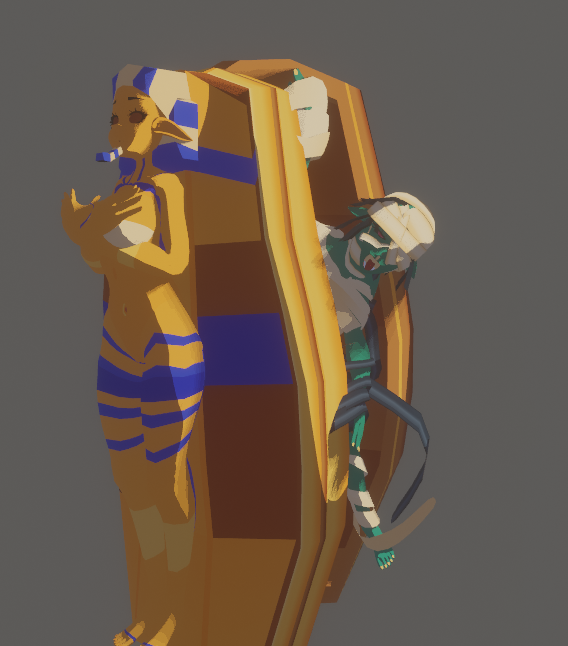 The Mummies a melee type minion who will overwhelm the player with their number. 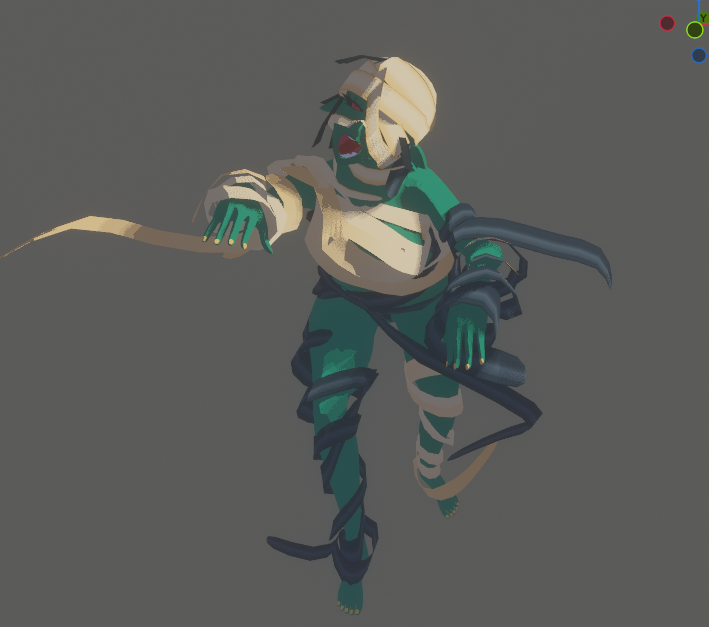 The Jackal is a ranged minion who will shoot arrows straight and true to hit from long distances. 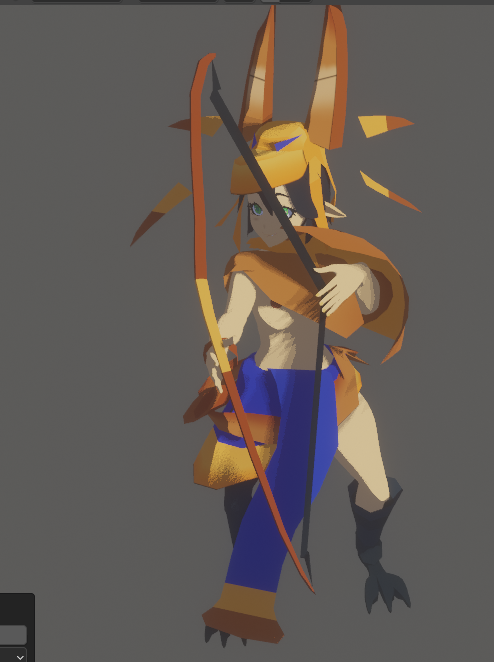 The Scarab is a tanky melee minion type who will recklessly charge the player to get off a hit. 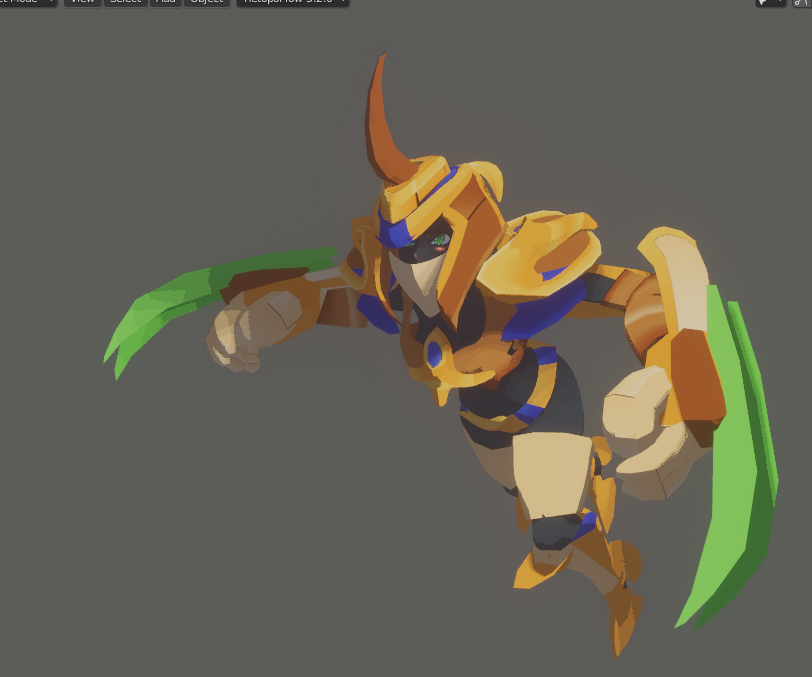 The Priest is a support-type minion who will buffer her allies with a shield and must be eliminated before the shield will drop. 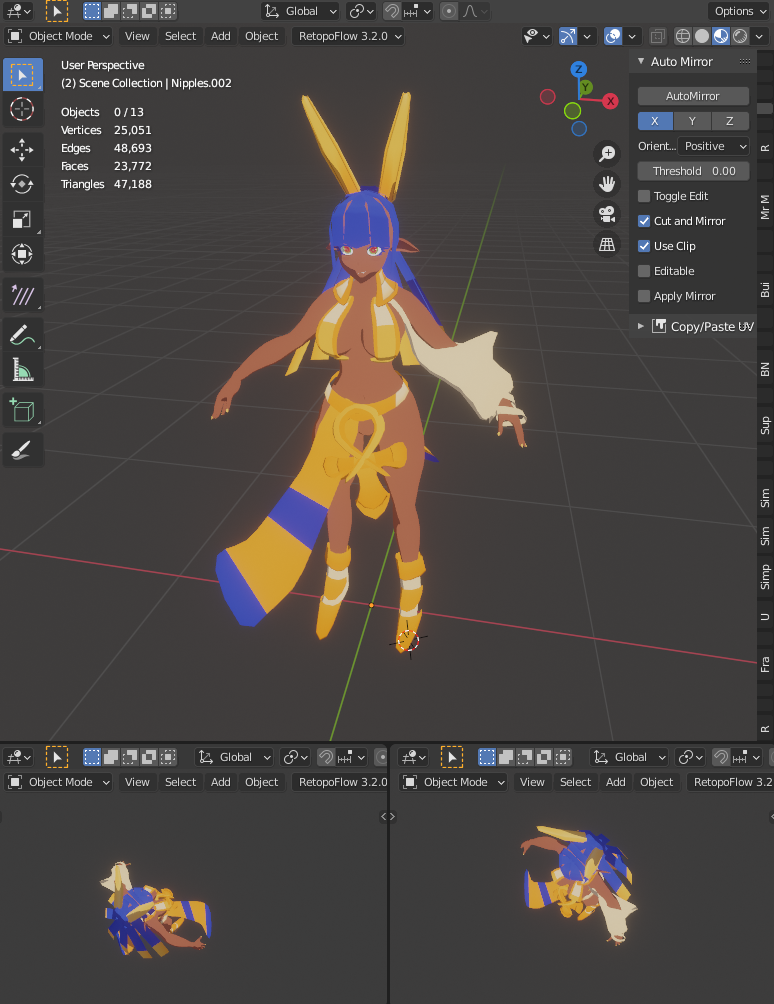 The basic minion currently in the game will also make an appearance as well however she will be dressed as a lowly serf, fitting of her station. The uniform won’t change too much but you can expect different hairstyles and some different skin tones. The Egyptian boss will also get an overhaul to her appearance to better fit the style of the area. 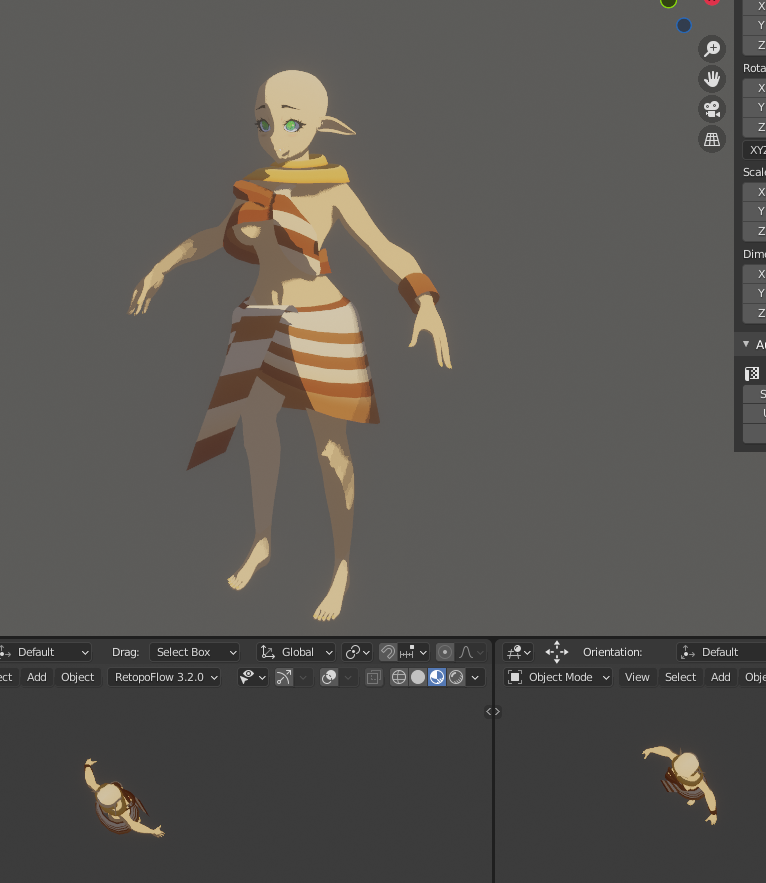 On top of the minion refresh, we will also be adding in a new form of player growth we are dubbing the Deck of Fate. Within this mechanic, the player will accumulate experience points from combat encounters, and passing a threshold they will level up. Once triggered the player will choose one of three cards from character-specific decks (Warlock and Knight will have unique decks). These cards will modify how the characters attack, support spell, and defensive skills work. For example, the Warlock via this system can change his single fireball into a three-projectile spread shot, gain faster recharging teleports, and buff his support skill.

The Deck of Fate is something we are still mulling over to perfect, we hope it is exactly what the game needs.

We hope you all enjoyed a sneak peek of what we are putting together for November, I will admit we had to push up a lot of mechanics we wanted to build later in the Early Access life but it is important to keep everyone happy!

Nyanco Channel
View videos
Elewder Suggestion Thread
Have an amazing suggestion or idea for Elewder? We wanna hear it! Let us know what you want to see, balance fixes you'd love to see, or anything else for that matter!
18