Bad Cop is back. Command a small army of Combine synths and soldiers on a Northern campaign to capture Dr. Judith Mossman. A modification for Half-Life 2.
Visit the Store Page
Most popular community and official content for the past week.  (?)
Vote EZ2 for MOTY 2022
Dec 4
Every year, ModDB hosts an annual Mod of the Year to celebrate mods released or worked on during that year. Right now, nominations are open for the 2022 Mod of the Year Awards.
https://www.moddb.com/groups/2022-mod-of-the-year-awards

We would be honored if you would consider voting for Entropy : Zero 2 for the MOTY 2022:
https://www.moddb.com/mods/entropy-zero-2

If you're not familiar with ModDB, we would highly recommend checking the site out. There are so many amazing mods for so many games catalogued on the ModDB.

In particular, we would like to highlight a handful of mods based on the original Entropy : Zero or Entropy : Zero 2. That's right, mods of mods! The modding rabbithole goes deeper. 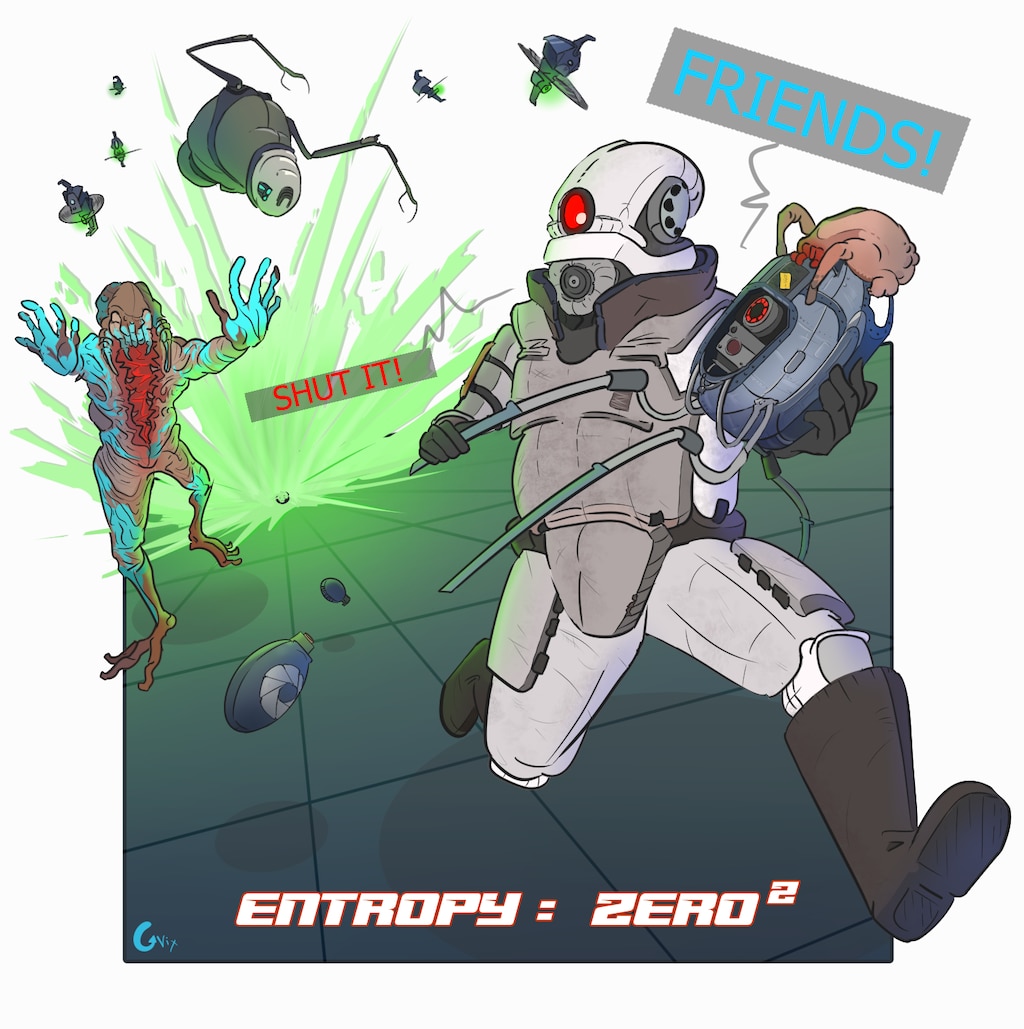 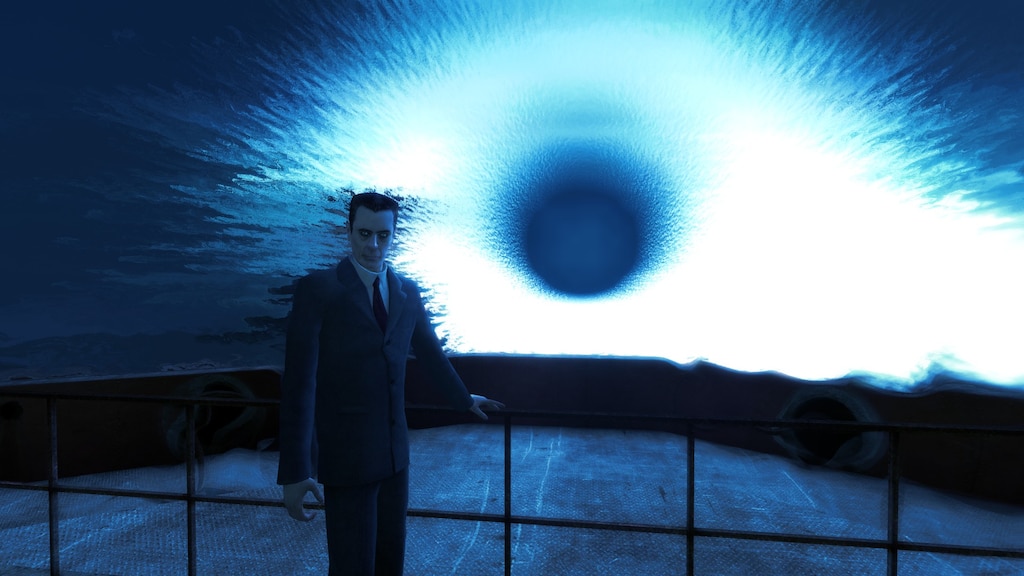 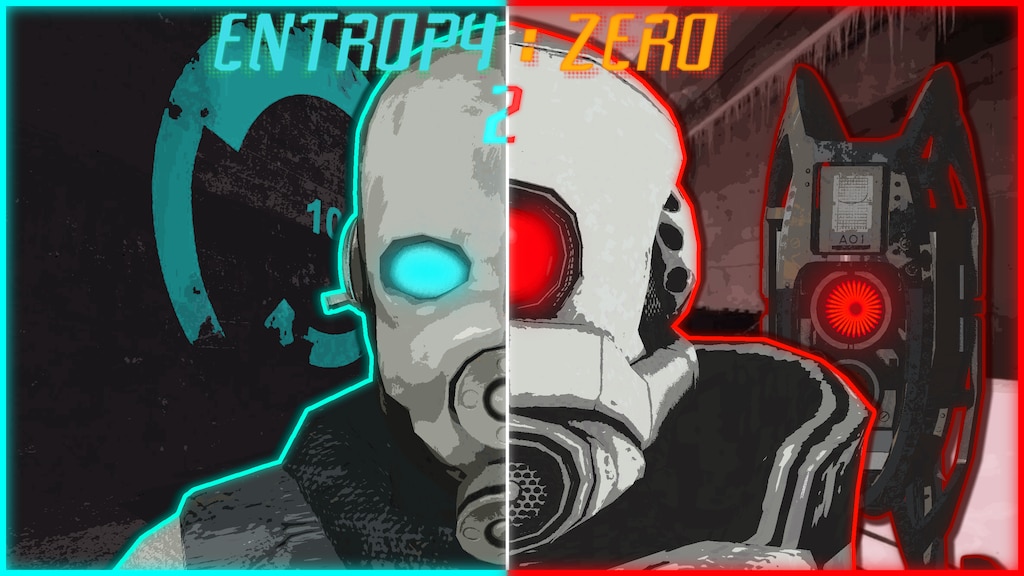 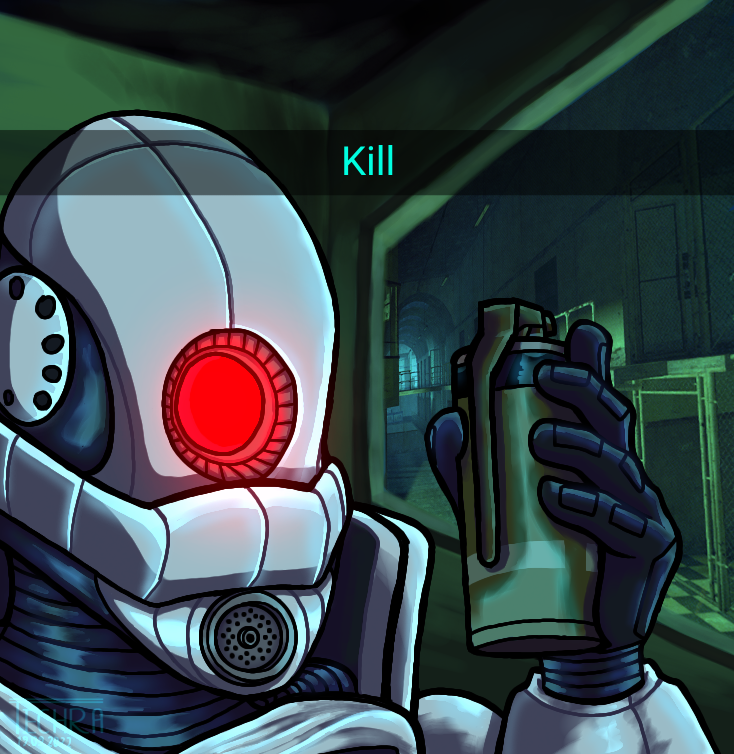 This branch is separate from the ones we've opened for specific versions of the game and is independent of our release schedule. deck-testing currently runs on 1.2.0.

How to play E:Z2 with a controller using Steam Input 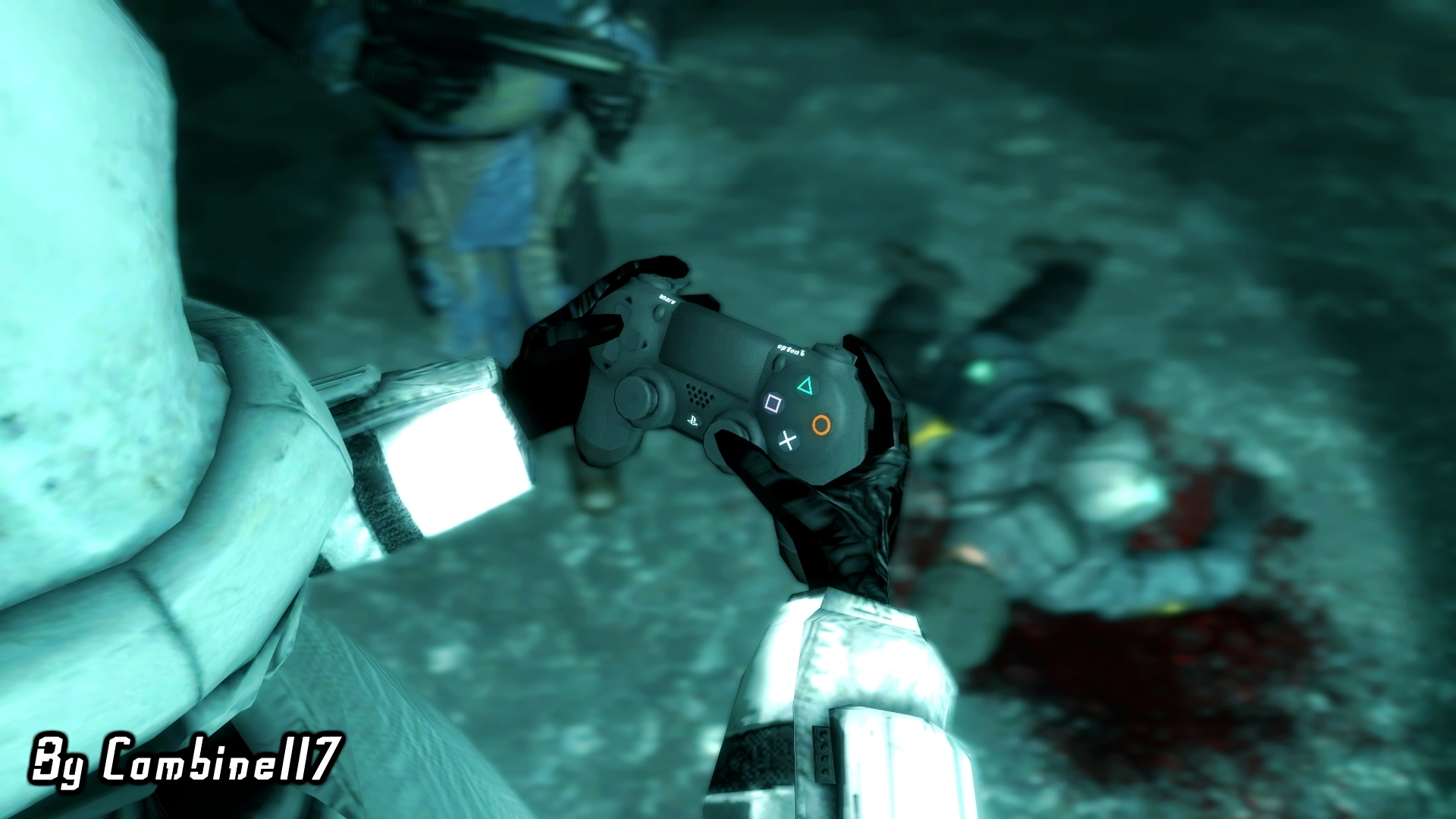 If you have a Steam-compatible controller plugged into your PC and you are on the deck-testing branch, you should be able to launch Entropy : Zero 2, navigate the menu, and play the game natively.

Note that the Options menu may require you to use your controller's right stick and right trigger (depending on your controller and config) to simulate mouse input.

You also cannot skip the intro videos with a controller.

If this does not resolve your issue, please let us know. 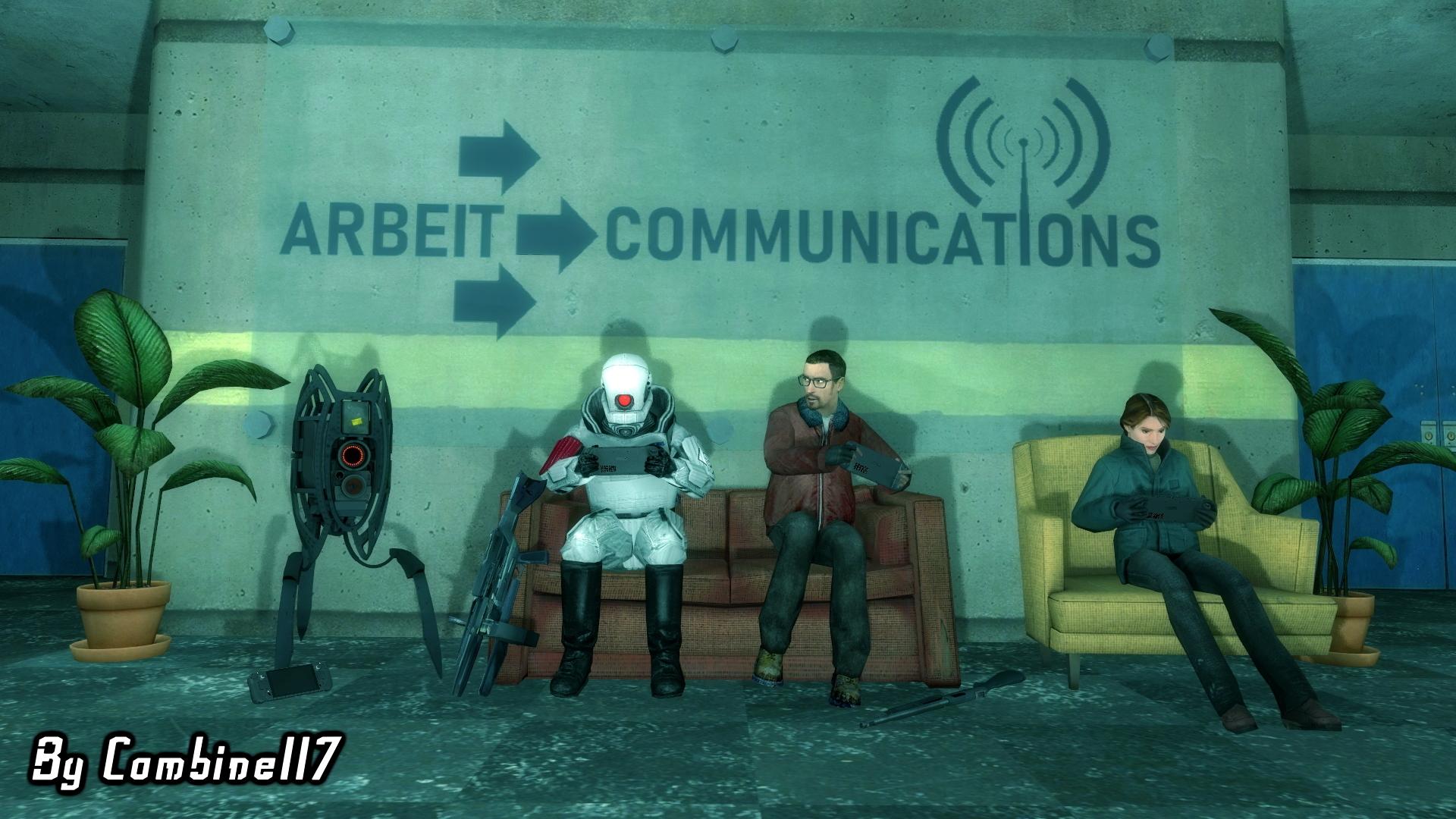 If you are using a Steam Deck/Linux machine and you are on the deck-testing branch, you should be able to launch Entropy : Zero 2 with the Steam Linux Runtime by default. Make sure Steam isn't configured to launch the game with a specific compatibility tool (e.g. Proton).

Troubleshooting
If you encounter an issue while playing the game on a Steam Deck/Linux machine, make sure E:Z2 is not set to be launched with a specific compatibility tool in the game's properties. If you need to confirm this in-game, you can easily identify whether you are playing Entropy : Zero 2 with Proton by looking at the game's italicized subtitles. Proton does not render these properly and each letter may appear cut off.

If you have verified that you are not using Proton and cannot resolve your issue, please let us know. You could also try switching to Proton and seeing if you can reproduce the issue with it. 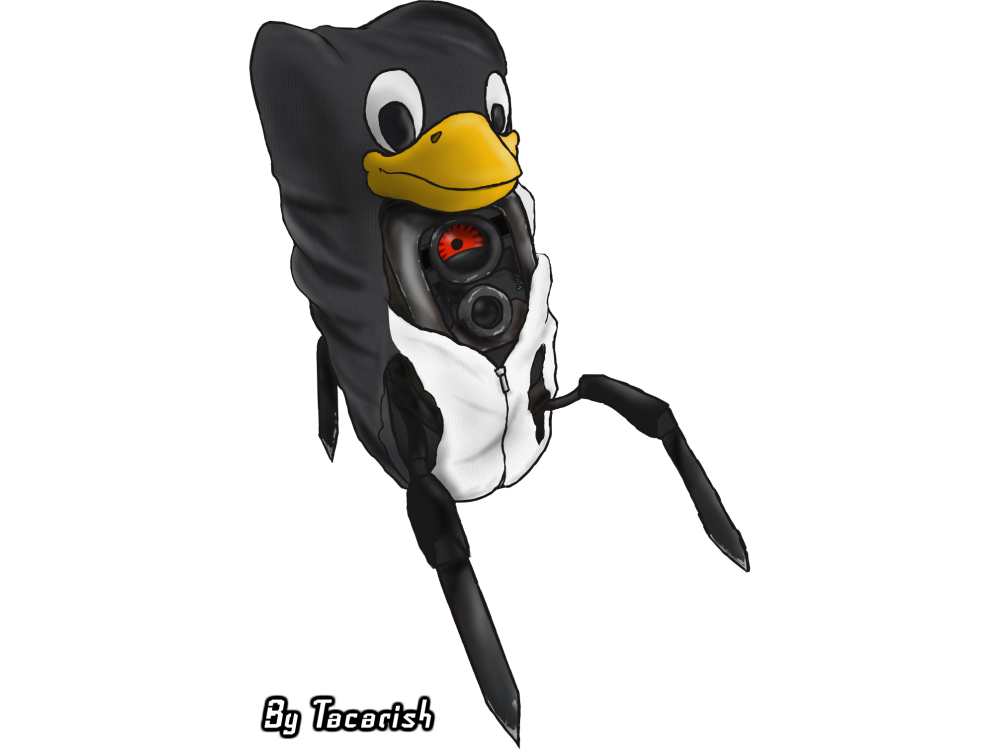 In case you're wondering why we're integrating all 3 of these at once for a branch called "deck-testing", it's because Steam Input and Linux support are prerequisites for full Steam Deck support. Steam Input allows the Deck's controls to be smoothly translated to the game and Linux allows the game to run natively on the Deck and avoid font issues when running on Proton.

Even if you do not have a Steam Deck, we strongly encourage trying this branch if you have a controller you can use with your PC and/or are using a Linux machine. 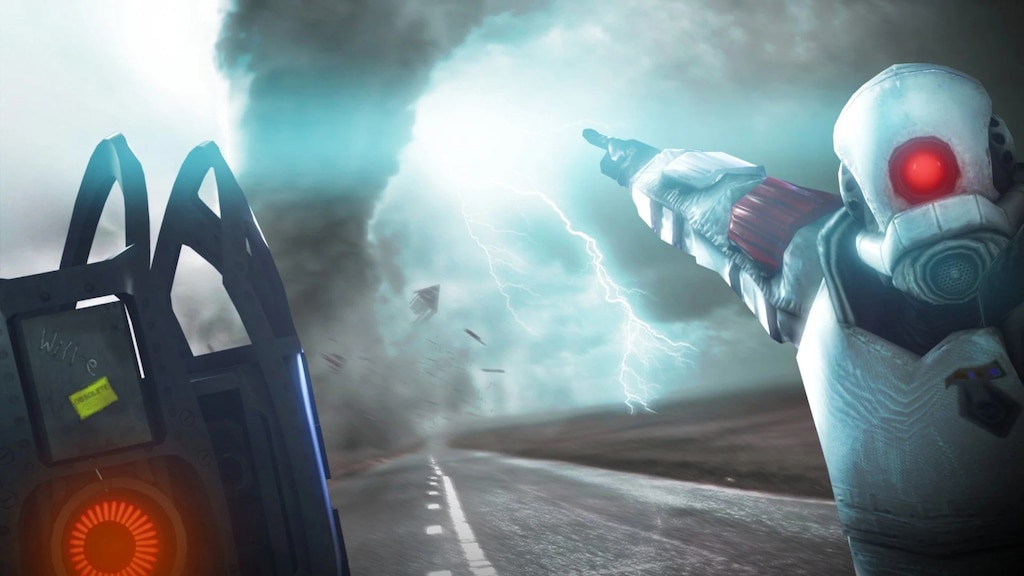 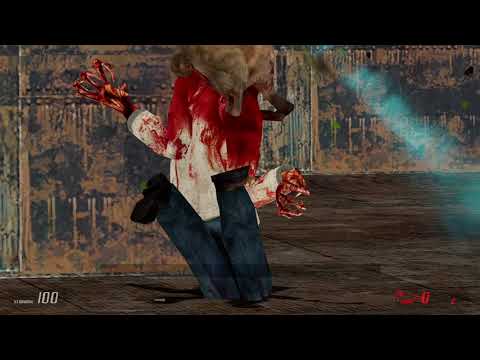 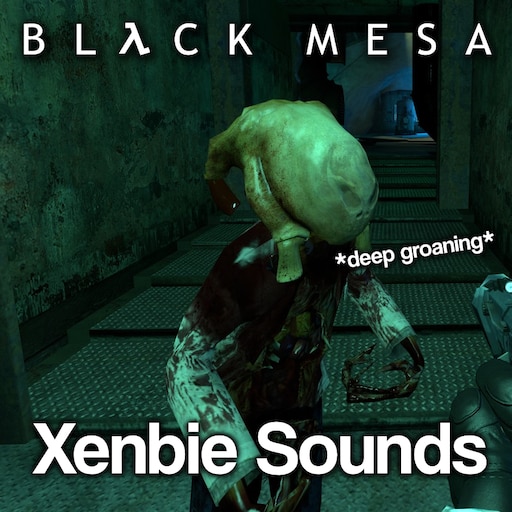 Entropy: Zero 2 Rare Achievement Guide
My unofficial guide to the rarest achievements in Entrpy: Zero 2. Leave a thumbs up so that more people see this guide. 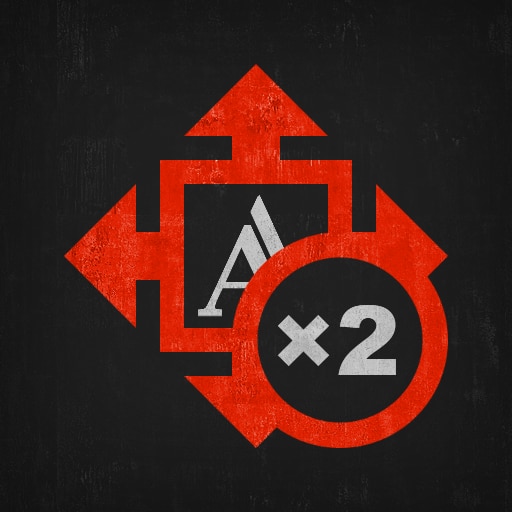 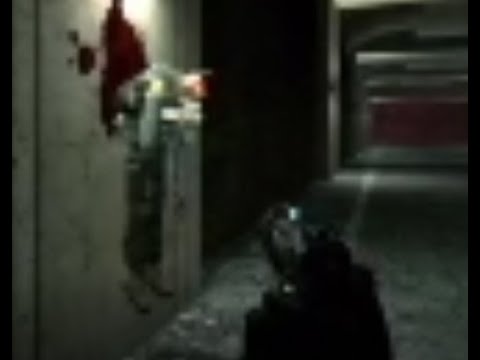 Recommended
19.4 hrs on record
this is one of the best half life mods i ever played, i felt 75 different emotions from playing this mod, it is amazing, wilson is the best character 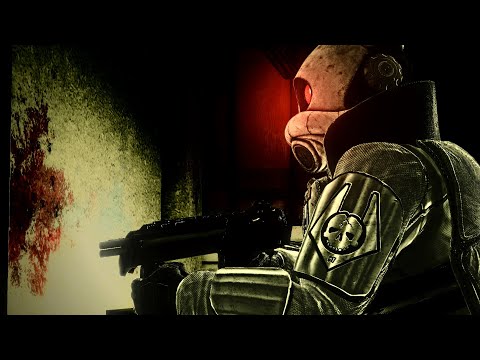 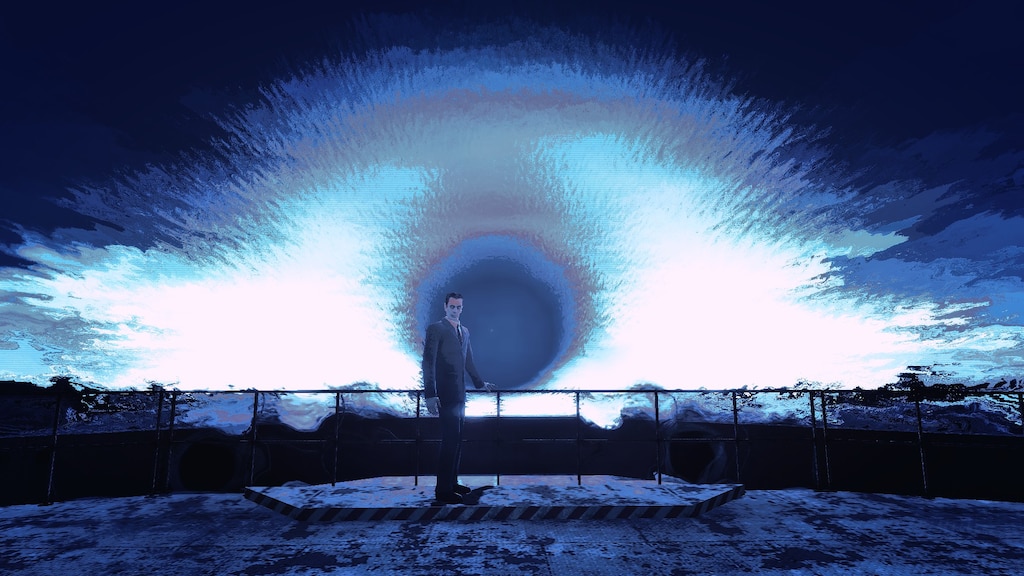 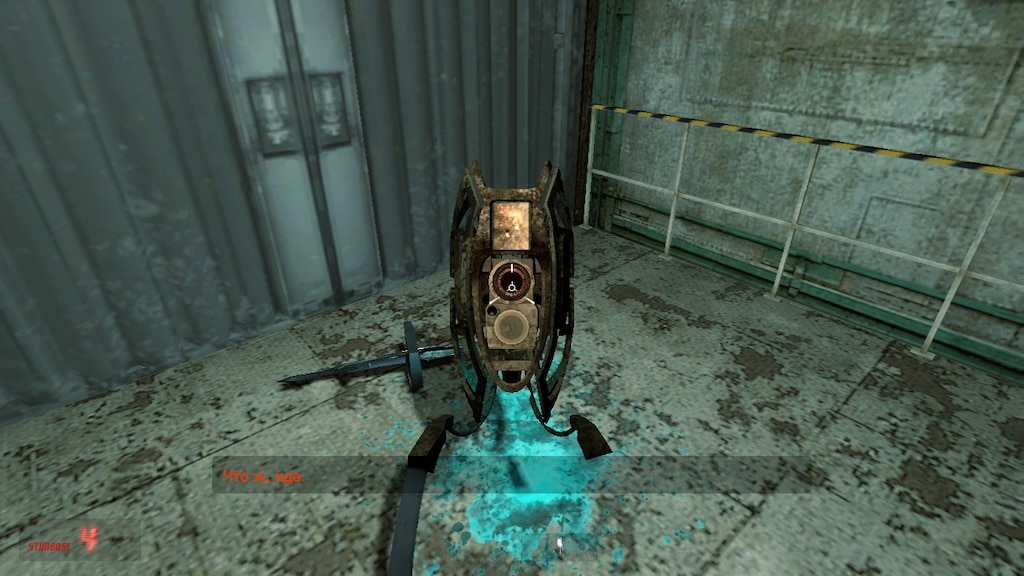 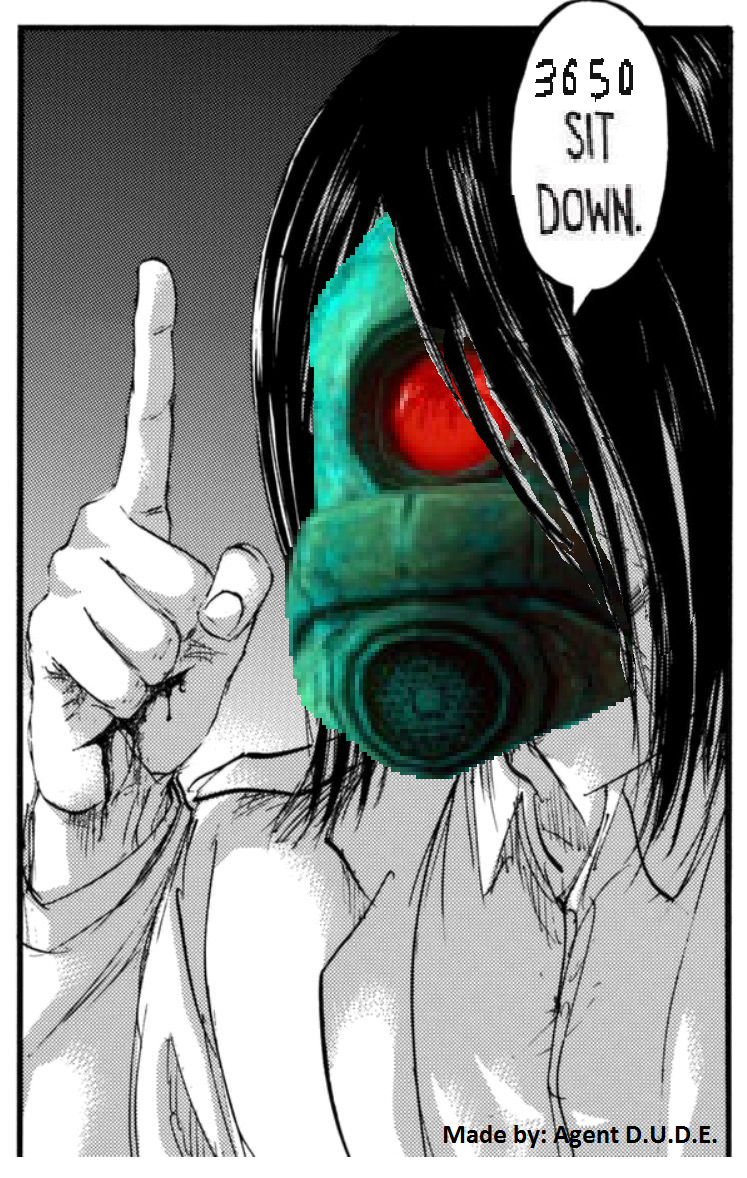 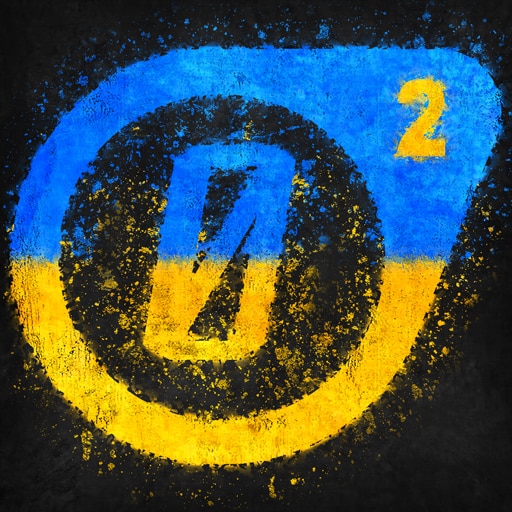 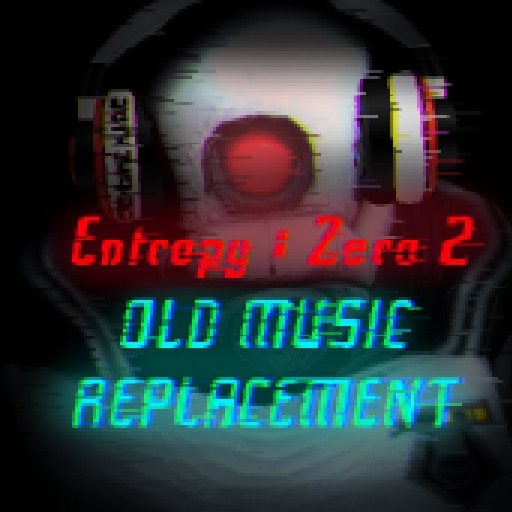 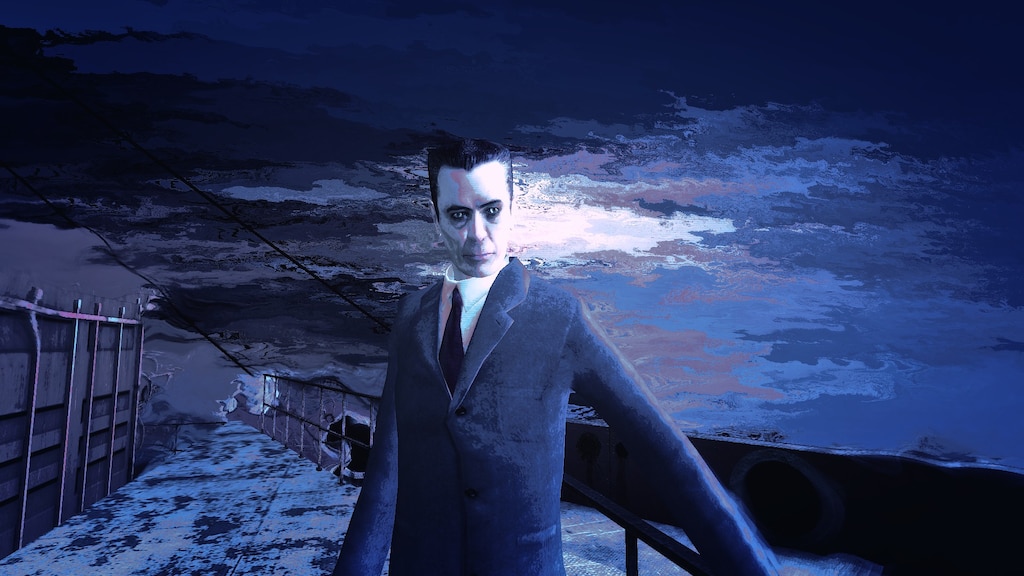 Recommended
7.2 hrs on record
I actually enjoy it more than Half Life 2:Episode one.

- Nice combats and weapons.
- Some puzzles (not too hard).
- Excellent sound and visuals (for the HL2 engine).
- Good story, less talking.

Edit: After finishing the game I must say this was the best game since months. Felt like being part of a movie or so. Masterpiece!

Recommended
8.6 hrs on record
While I haven't played the first installment, I didn't find myself to out of the loop in playing Entropy: Zero 2. I've never been too impressed with many of the fan-made Half-Life and Portal mods, but this one really stands out and really feels the most professionally done, and fits so well within the overall Half-Life narrative and universe that I'm willing to call it canon in my mind, even if in the distant future Valve's next installment may uphend it, if Half-Life: Alyx hasn't already done so to some extent.

The story and dialogue are great and full of witty moments that share Valve game's sense of humor and in an odd way this mod kind of bridges the gap between the Half-Life and Portal games. It's difficult to get into the details of the story without spoilers so I'll leave it at that. I did find the ending a little lackluster, though there is clearly some hope for an Entropy: Zero 3, I've learned not to get my hopes up with the number "3" when it comes to the Half-Life universe. But the journey there was great through a wide variety of different environments, with each chapter offering its own twists and turns in gameplay.

The gameplay certainly scratches the Half-Life itch, as you are back with many of the classic weapons from the games mixed together with some new toys, most notably the Xen Grenades which seemed almost overpowered in their ability to suck things in and replace them with a handful of Xen fauna and occasionally even health and shield items. So if you were a fan of Half-Life's gunplay and physics-based puzzles, you'll be right at home here. I was particularly a big fan of the getting behind the wheel of a Combine APC.

Speaking of which, this story, and that of its predecessor, are unique in providing a perspective from the Combine side of things, not just from our infamous "Bad Cop's" point-of-view, but also a creative insight into how the Combine operates. Though I often found our titular character's unshakeable trust and faith in the combine to be a bit hard to believe at times. While the idea that he's been brainwashed or conditioned in some way holds water but it would be nice if this were shown and not just told. Whenever Bad Cop was confronted with it he kind of just laughed it off and that was that. I feel like there was a bit of a missed opportunity to dive into how the Combine strip bits and pieces of the humanity of their hosts away until there's barely anything left.

One particular stand-out was the delightful companion character "Wilson," who you had the option of traveling through the game with--I mean, how could you not? There's so much dialogue and banter you miss out on without him, the game would feel so dry! It reminded me a bit of hanging out with Wheatley in the early stages of Portal 2. It's a pretty ambitious thing to tackle as it could easily be a huge annoyance if not done right, but I felt they did a great job here.

I will say, you should enter the game with the right expectations though, as this easily feels like a game that could have been released 12 years ago, its still Source Engine afterall, so if you're expecting 2022 graphics, or even Portal 2-level graphics, you'll be disappointed. They aren't terrible, of course, the environments are masterfully created but this is a dated engine with limited capabilities in terms of texturing, modeling, lighting, and npcs. Giving the resistence fighters jetpacks(?) made them look ridiculous hopping around a lot of the time. I think it would have been more fun to fight some resistance fighters equipped with gravity guns, but alas.

It should go without saying that if you haven't played Half-Life 2 and the two episodes, it doesn't make much sense to play this one first, though I doubt you would even be reading this review if you hadn't played a Half-Life game before. I should mention the game doesn't interact too much with the narrative of Half-Life: Alyx, if at all, so no loss there if you haven't played around in the Valve Index.

This game is definitely worth the play, considering that its a fully fleshed-out, high quality, solid 7-8 hour singleplayer narrative being released for free. I can't turn down an opportunity for spending more time in the Half-Life universe, even if its a fan-made project. It's done really well, and who knows, maybe it will fit right in with the future the universe, if there is a future. With Valve you never know. But this game is here now and its great, highly recommend to any fans of the Half-Life series. Just keep an eye out for our... Mutual friend. 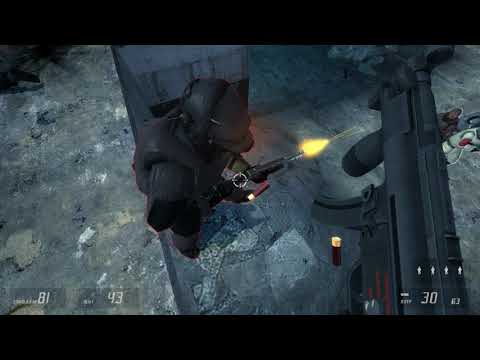 Spawn Weapon Commands
Welcome, Here's a Guide of MOST Weapons in EZ:2! I made this since I wanted to keep track of the guns, so yeah, uhm. enjoy lol. 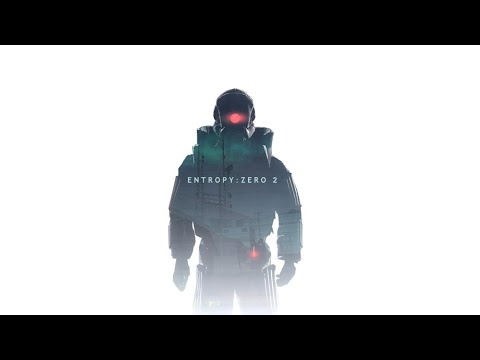 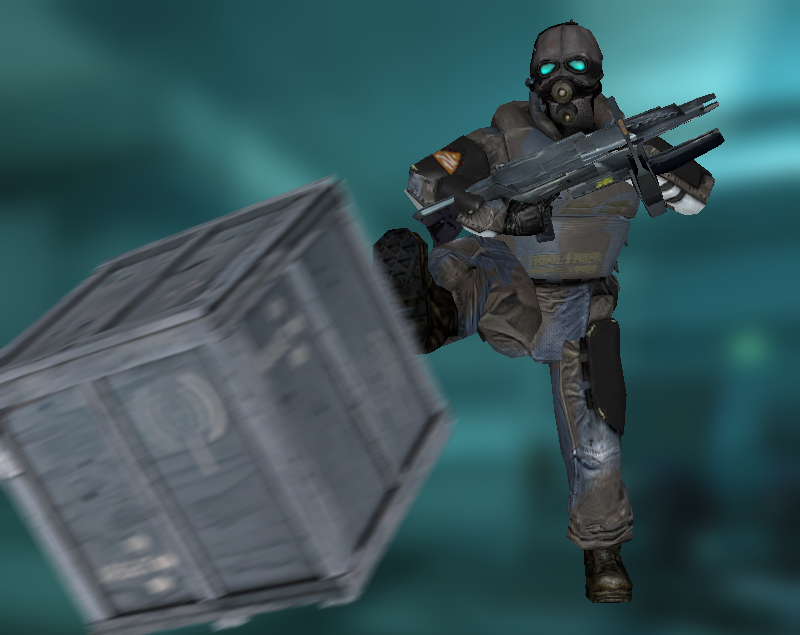 Overwatch is requesting all units refresh and resolve. Update is live. Acceptance is mandatory.

Version 1.2.0 is going live on the default branch of Entropy : Zero 2 today. This version has many QOL improvements and fixes that have been in beta testing for some time now. You can find the full changelog below.

If you encounter any issues with version 1.2.0 that were not present previously, please let us know on the Steam forums! For other issues, you can find our troubleshooting guide here:
https://steamcommunity.com/sharedfiles/filedetails/?id=2857173498

Changelog
1.0.1
1.1.0
1.2.0
Steam Betas and Versioning
If you are currently on the 1.2.0 public beta branch for testing, thank you! You may wish to set your branch back to default. Alternatively keep your eyes open for when we publish the next build - a small build will go back on the 1.2 beta branch, but a larger build may be published to a new branch. You can read more about betas and versioning in this Steam guide.

You may also wish to try out a temporary Steam beta branch called 'deck-testing'. This is a branch for testing support for Steam Input which will allow EZ2 to be played better with a controller or on the Steam Deck. This should be included in a proper version at some time in the future, so stay tuned for news about new beta branches.

Steam Cloud Saves
Today, we will also be trying out Steam Cloud saves for EZ2. This has been a highly requested feature. Keep an eye out for it!

Entropy : Zero 2
895
39
kick gman
SPOILERS BTW towards the end, when talking to GMAN, if u kick him, he sends you away to a room with (forgot their name) the big zombie with claws. is it possible to kill it?
3

UshankaMan
Dec 6 @ 11:04am
General Discussions
Can't nominate for GOTY :((( (VOTE @MODDB)
I keep getting an error message (on Steam), tried nominating in multiple categories, other games work fine, also not on EZ2 storepage any option to nominate :'[ https://www.moddb.com/mods/entropy-zero-2 Voting open on moddb

Nathan
Dec 4 @ 1:15am
General Discussions
Please tell me there's a way to silence the protagonist
I absolutely cannot stand the player character's bad dialogue and quipping. I could not get far due to just being so thoroughly annoyed by this one aspect of the mod. Clearly a lot of time and effort went into making this campaign and tweaking the gameplay, it would be a shame to be stopped by one facet, which for me is a fatal flaw. If anyone knows a way to to silence or remove the voice lines, I would greatly appreciate it....
10

Hazardous Wastrel
13 hours ago
General Discussions
Half-Life 2: Episode 2 installed but will not let me install
As above
7