When the sun goes down on the last night of summer camp, nine teenage counselors are plunged into an unpredictable night of horror. The only thing worse than the blood-drenched locals and creatures hunting them are the unimaginable choices you must make to help them survive.
$59.99
Visit the Store Page
Most popular community and official content for the past week.  (?)
Quality-of-life additions to The Quarry! August 9 Update
Aug 9
Today's update to The Quarry features various quality-of-life improvements, including a new difficulty setting for Quick Time Events and added language options for subtitles!

If you fancy yourself a QTE expert who can dodge danger at every turn, test your limits using the new 'Min Timer' setting. With the added challenge of this setting, each QTE will be a blink-and-you'll-miss-it race against the clock; don't be surprised if even the slightest hesitation results in gruesome death when things get hectic.

That being said, there are a multitude of outcomes you can only experience by failing QTEs, so you're likely to see scenes you might never have otherwise—don't be afraid to fail! The Min Timer setting can only be used when playing in single-player. To enable it, go to the Main Menu, then Settings, then Accessibility and set QTE Speed to 'Min Timer.'

Another quality-of-life choice included in this update is the ability to pair English voiceovers with region-specific language subtitles. To activate this, go to the Main Menu, then Settings, then Audio and toggle 'Enable English Dialogue.'

The Quarry
847
114
The Steam homepage "Free" issue...
There's an issue where the game appears as "free" in Steam searches and on the main page if it appears there for you. 2K Support are aware and investigating it, but they can't guarantee any changes in the near future. To keep the forum tidy, all threads on the topic will be merged into this one....
409

The Quarry - 100% Achievement Guide (SPOILERS)
A guide for obtaining 100% of the achievements in The Quarry. This guide contains heavy spoilers for the game.
97 ratings

How to save everyone
You can choose different options than the ones highlighted below and still have everybody survive the night, as there are a lot of different decisions that only add slight variations to the story. QTE = Quick Time Event HEAVY SPOILERS AHEAD...
39 ratings 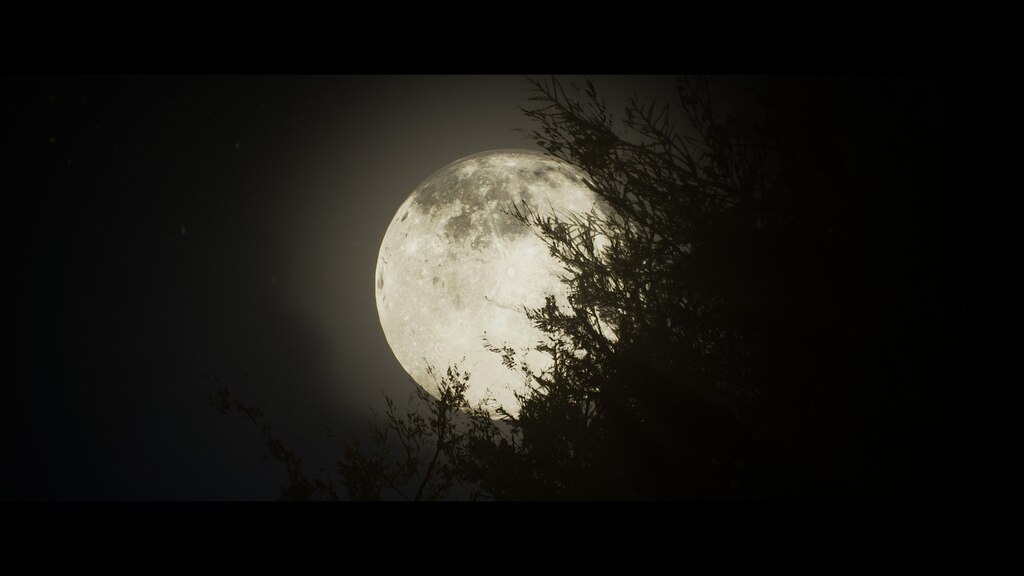 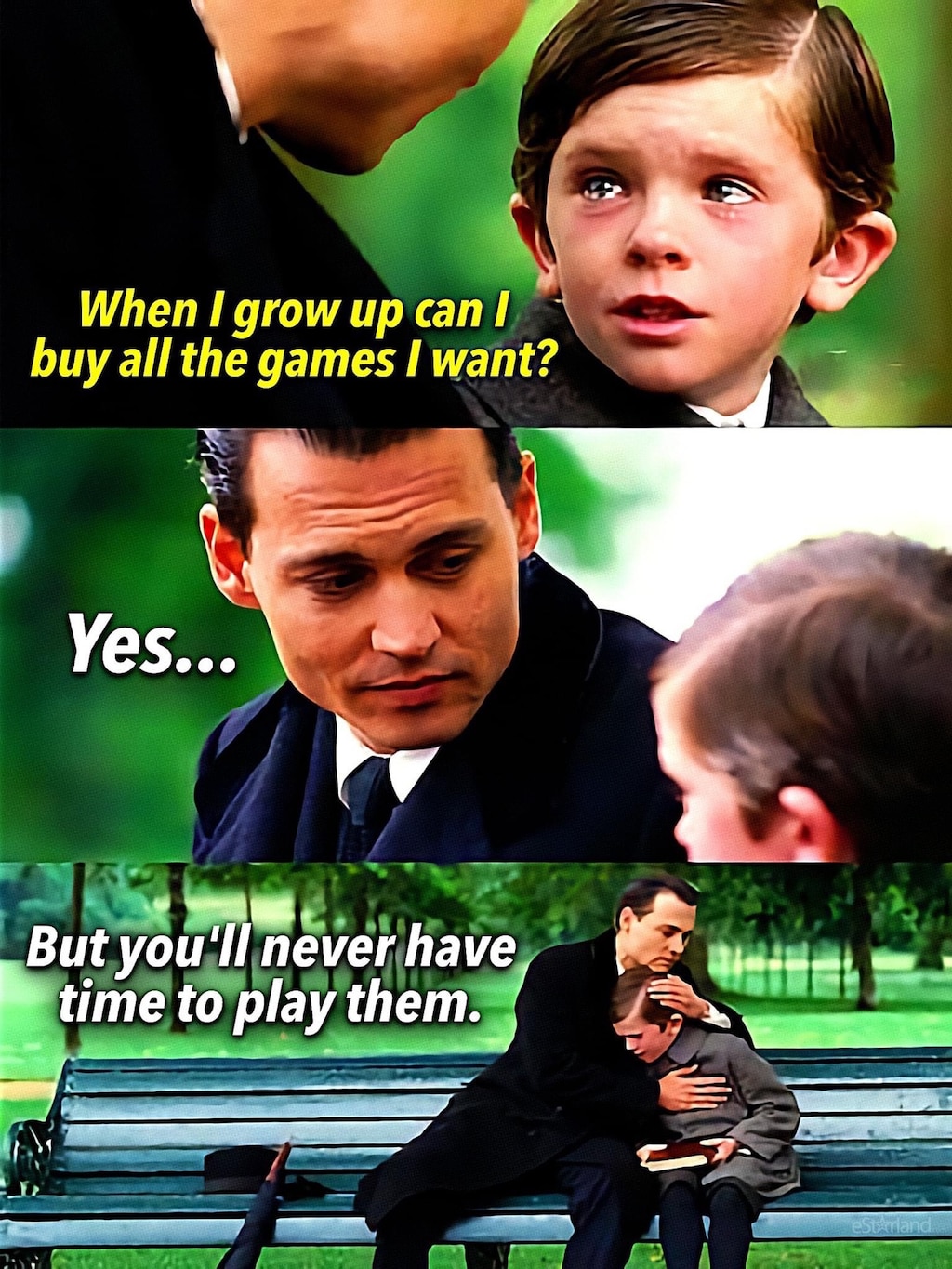 I have a war to win, son
View artwork
Screenshot 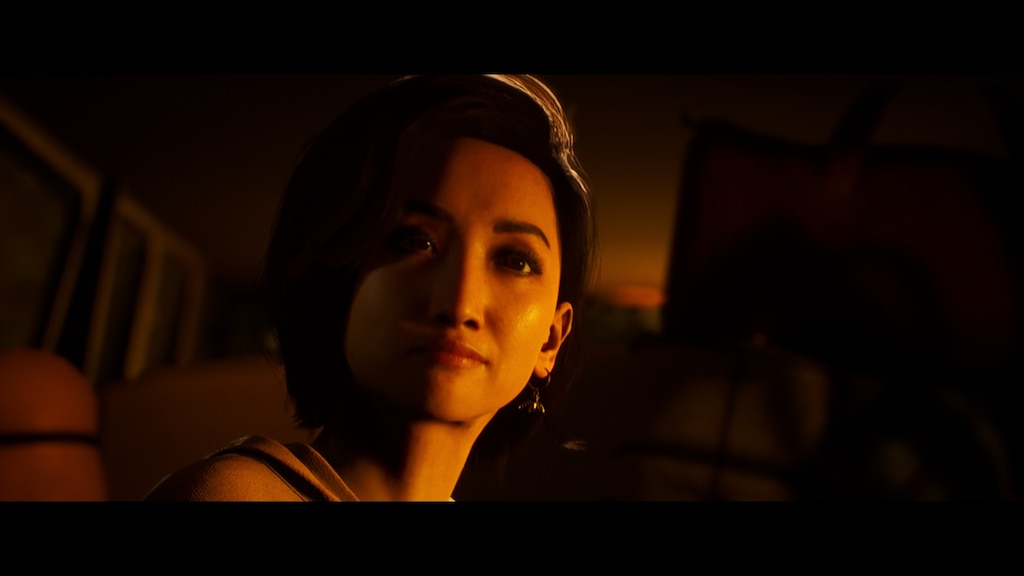 How to kill all characters
This guide gives steps for how to kill every character in the game within one playthrough. Player characters, Hacketts, everyone. 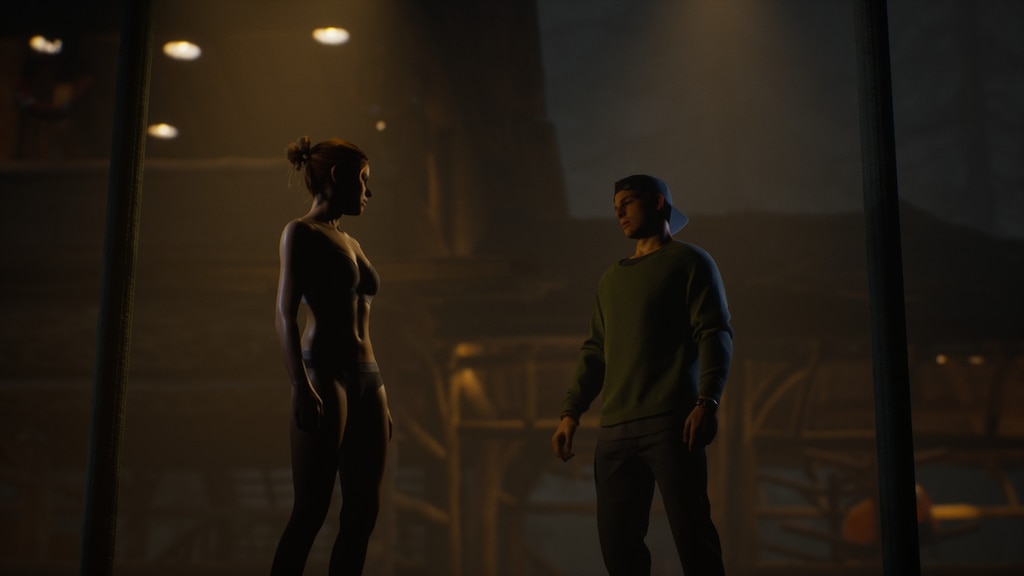 Not Recommended
10.0 hrs on record
Dear people,
I am here to write my first serious review about a game and let me tell you, it means bad news.
This game is absolutely horrible. The story is probably nice, which I can't really judge because after nearly every cutscene the game tells me that my connection got lost (it definitely didn't), which means for me to restart the game everytime.
On top of that, in these cutscenes, sometimes the game decides to freeze the frame, let me hear the conversation, only to then unfreeze and let me hear the same dialogue for a second time, because... I don't know, I really don't.

I'm sure many people already said something about the "multiplayer".
The only time the other players get to do something is when a choice or a QTE appeares. The rest of the game is played by the host alone and the others basically just watch a movie.
But fear not, there are different game modes for this "multiplayer".
One mode (Lone Wolf) takes any kind of control from the other players, since when a choice can be made, the host has the last word and can decide what shall be done, no matter if everyone else was against it.
And the other mode (Pack Wolf) is accutally supposed to give the other players the same amount of control over the situation as the host. Important part in this previous sentence is the word "supposed". Because it does not work.
Everytime I want to continue the game with my friend, the game switches the mode to Lone Wolf. After switching it back, the description under Pack Wolf is exactly the same as the one under Lone Wolf.
And we notice that, because whenever we make different decisions, the game tells us that it's 50/50, but stills prefers my decision (host). Every.Single.Time... And talking about decisions, after every chapter you get a nice summary of what decisions you made.
And nearly everytime this summary told us the complete opposite of what we did...
When we decided together to HELP a character, the summary screen says that a 100% of the players decided NOT TO HELP.
In the end what the summary says, is not true and our decisions were saved nonetheless, but it is still annoying to see.
The only thing that makes me play it, is what my friend paid for this, since they gave it to me as a gift and also bought it for themselves.
The price is absolutely riddiculous and also unncessary to pay. One of your friends buys it, streams it on discord for the others and then all of you can talk about the decisions that are to be made.
If you really want a game which you and your mate can play together, buy Little Hope or any other game from the Dark Pictures Anthology. And these games are half the price.
So, please be smart and read the reviews before buying this, you could save yourself a lot of money.
I'll have to say goodbye for now, but I will return if I have some more to say, since I haven't finished the game.
Maybe the story is worth all this trouble, maybe it isn't.
I just hope I'll never get this angry about a game again so that I have to leave my comfort zone and write a review.
I played Dead by Daylight for a long time and not even that made me so mad to write a review, which says a lot, at least for me.
Well, see ya. 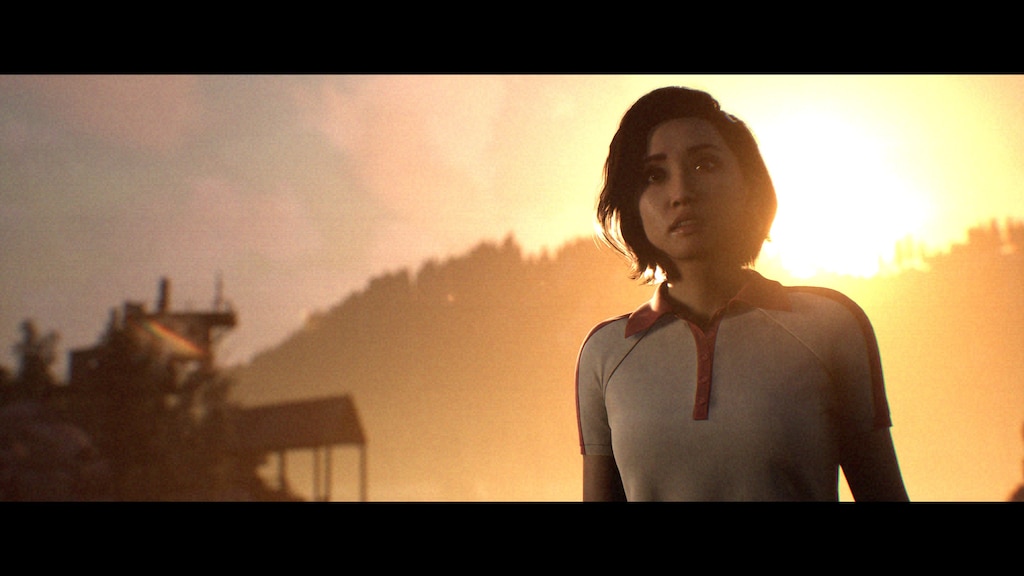 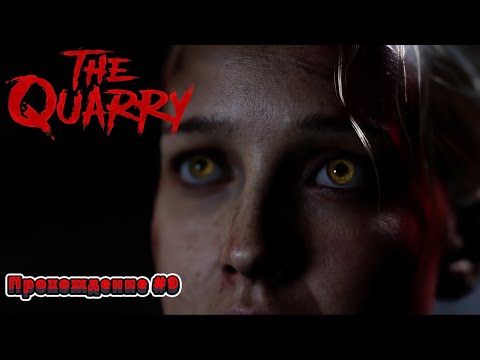 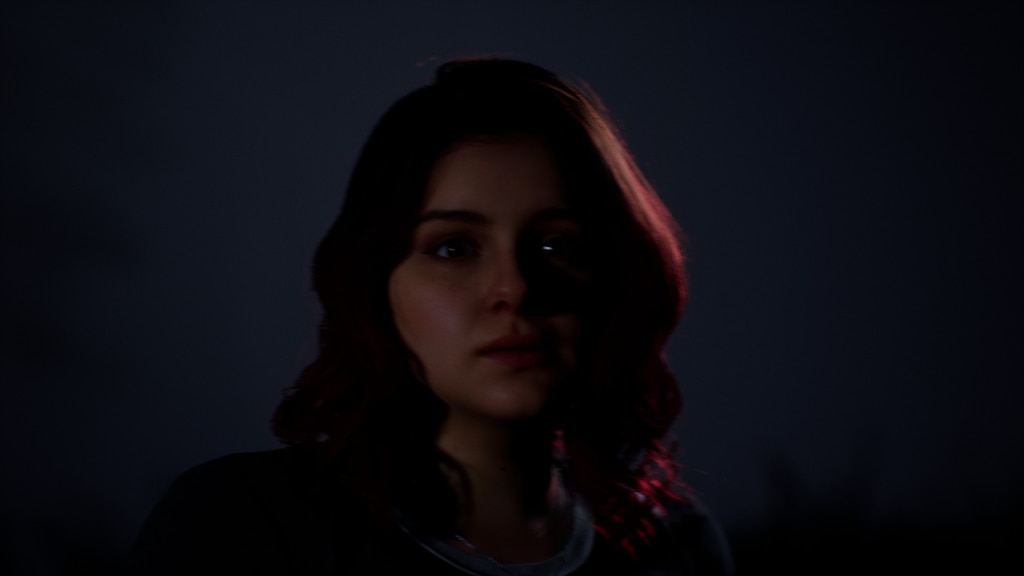 Recommended
13.1 hrs on record
as good as peanut butter butterpops.

A very good story game, with good music and good actors. This games in this quality are rare and need support. Yes, you will not play it for 2000 h and you will search for another game soon, but nowadays it is nice to see a game with no NFTs, paywalls and it offers a nice singleplayer experience in the AAA segment.

The game is about 10h long but has a lot of replayable and as far as I know myself, I'll definitely play through it more often.

Would go to summercamp again 10/10

Not Recommended
12.1 hrs on record
the co-op multiplayer is almost non-existent. all you can do is watch the host play and then select choices. if there are only 2 players and you go 50/50 with choices, then it always goes with the host's choice, no matter what.

I have my game on the lowest settings and I know my PC meets more than the minimum requirements, but the game is constantly either freezing or very stuttery, and the dialogue constantly goes out of sync because of this, before eventually fixing itself.

for the love of god Supermassive, don't let 2K publish your games

look up how to disable the 2K launcher and it will work much better. other than the glaring issues, the game has a pretty well written campy horror story 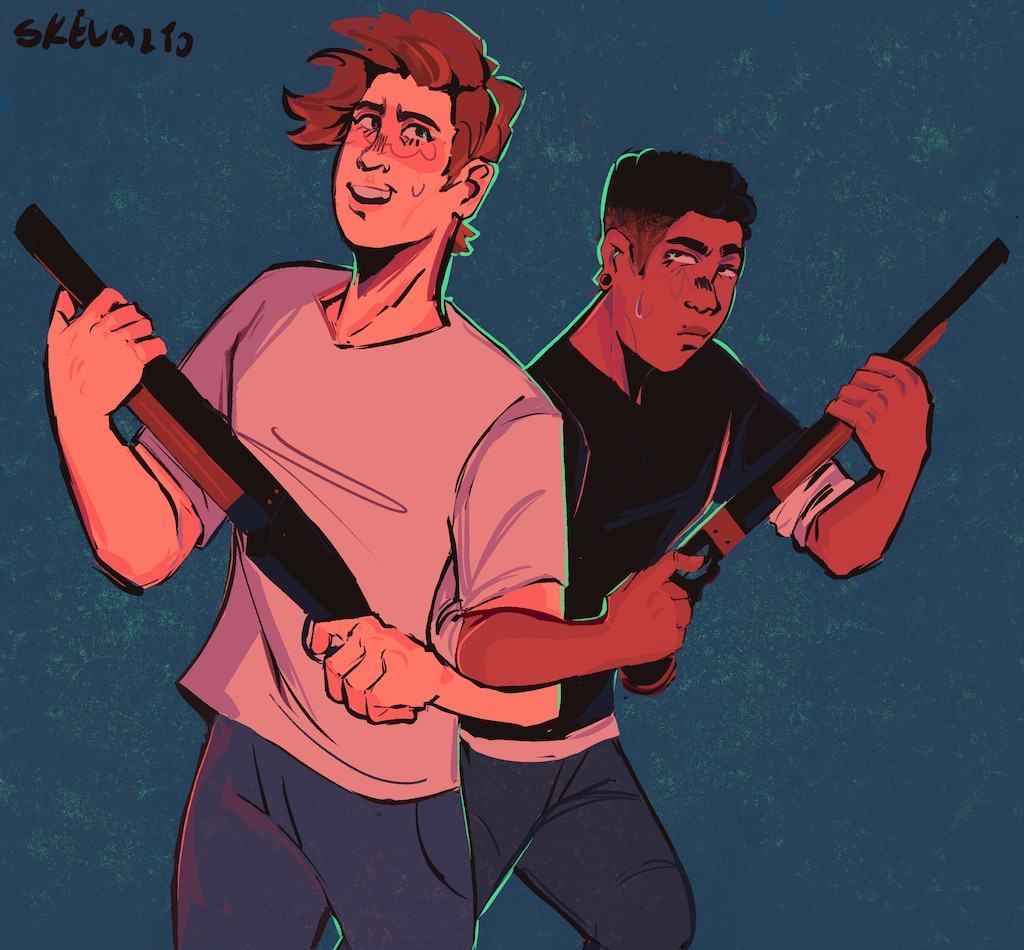 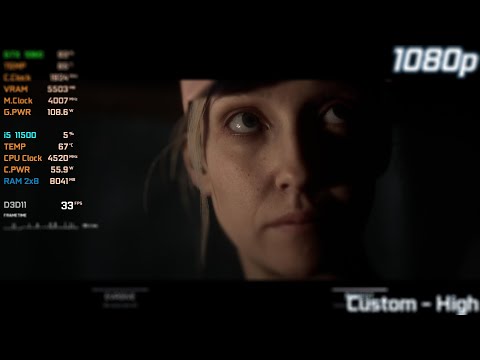 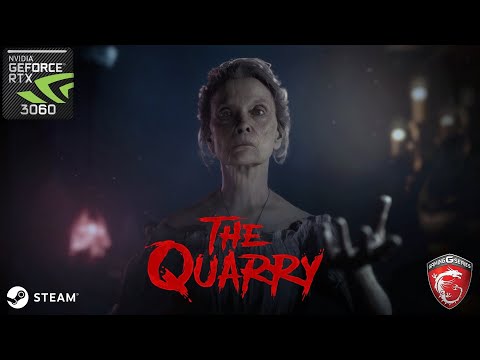 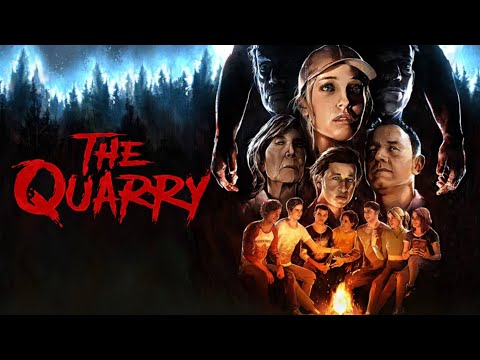 Hopanda
View videos
The Quarry Free Trial now available, compatible with Wolf Pack multiplayer!
Jul 20
If you haven't yet experienced The Quarry for yourself, you can get a taste of the horror that awaits with the new Free Trial on Steam, available now! Simply click "Play Game" on “Free to Play” version on The Quarry Steam Store page to get access to the full Prologue chapter plus the Wolf Pack multiplayer mode.

Introduced in the July 7 update for The Quarry, Wolf Pack is an invite-only online multiplayer mode supporting up to eight players total. One host player can invite up to seven friends to help shape their run, as everyone votes together on key decisions. If you have a friend who owns a full version of The Quarry on Steam, they'll be able to invite you to their Wolf Pack even if you only own the Free Trial!

We hope you enjoy all the gratis scares included in The Quarry Free Trial. Remember, what doesn't kill you will make you stronger. 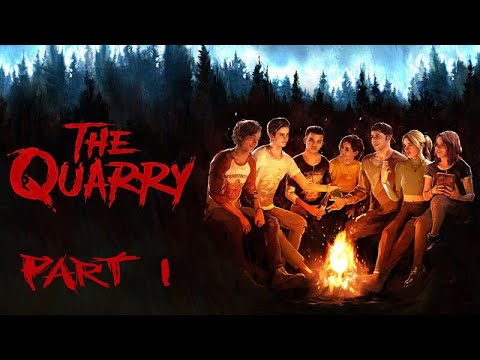 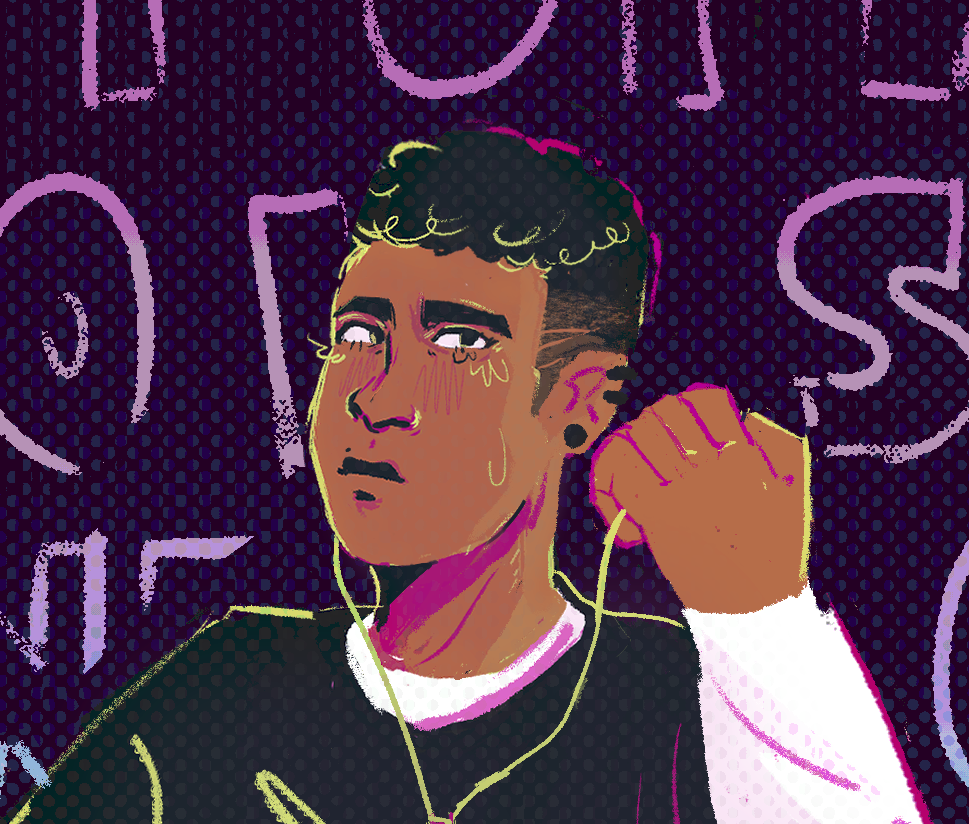 Джек из Тени
View all guides
Is it worth $60?
As much as I like story games I'm hesitant due to the hefty price tag even though the graphics in the demo is great, should I wait for sale?, do my choices actually impact anything (apart from character deaths) or is it just a long story regardless of what I do?...
17

Jimrh69
Aug 15 @ 9:02pm
General Discussions
Crash after update
Everything was OK yesterday but today after the update I can't load my save game. I am getting an unknown low level fatal error.
6

andrewx1988
16 hours ago
General Discussions
Chapter 2
What is the opening music for Chapter 2?
2