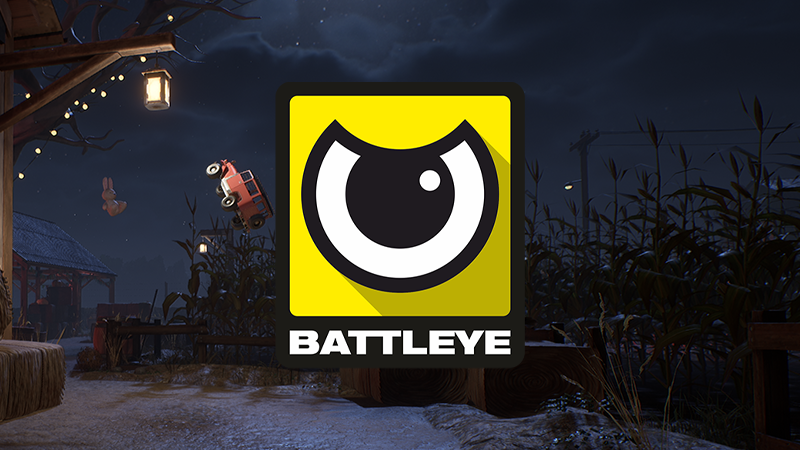 P.S. We work very hard to deliver you the best game experience. Support the game with a positive Steam review!

cccchi
Just now
Propnight Room
Patch 1.0.17
Jan 18
Patch 1.0.17 is now live!
• New anti-cheat - BattlEye
• Voice commands - Killer voice commands have been added
• All Maps - music playing on radio was updated
• Props - fixed going inside and getting stuck in the ceiling when pressing Shift
• Killers - removed the possibility of being pushed backwards while the Survivor was trying to wiggle out
• Killers - fixed that a Killer or a Survivor could get stuck after the Killer puts down the Survivor, or after the Survivor gets out of the Killer’s hands
• Killers - fixed that a Survivor could get stuck on a Killer’s shoulder, while the Killer’s ability to hit etc. would remain
• Killers - fixed the possibility of losing control over Killer if stunned multiple times
• Impostor - now, in disguise, Impostor will be able to use voice commands of a Survivor they are disguised as
• Impostor - fixed that if LMB and RMB were clicked at the same time while Impostor was disguised, he could appear to be stuck in one place while actually being able to move around
• Granny - fixed that Granny could slow down after using Astral
• Igor - fixed that Igor could lose speed while using Charge
• Survivors - fixed that Survivors could get stuck in the wall upon being knocked down if Shift was used
• Survivors - fixed the possibility of becoming both a prop and a Survivor if LMB and RMB were clicked at the same time while being in prop form
• Survivors - fixed Items not being wasted if Survivor would use them and turn into a prop at the same time
• Survivors - fixed items not being wasted if another Inventory slot was clicked simultaneously
• Survivors - fixed the possibility of infinite sprint if Survivor jumped while sprinting when almost out of stamina
• House - now Killers spawn further away from Survivors
• School - one of Killers’ spawn points was moved further away from Survivors’ spawn points
• Camp - broken pieces of Closable Doors are now the correct color
• Sounds - fixed that if a Propmachine was being repaired by several Survivors simultaneously, the sounds of successful skill check could be heard from far away
• UI Game Search - fixed that after ban's end players could only select to search for 'any role'
• UI Match Timer - now, when the match timer reaches zero but Survivors continue repairing Propmachines, players will be notified of Overtime
• UI Tab - players who left Quick Play match are now shown in gray
• UI MVP - fixed Survivor MVP having the Killer's nickname
• UI Chat - message length limit has been added
• Miscellaneous - fixed the possibility of a prop falling through map if the window was minimized
• Minor fixes and improvements of gameplay, UI and maps

Propnight
363
54
Patch 1.0.16
Jan 12
Patch 1.0.16 is now live!
• Physics - fixed various reasons for getting stuck in the textures for Survivors upon being knocked down and for Impostor upon timer’s expiration
• Killers - added slowdown after jumping when carrying a Survivor
• Killers - fixed an exploit that allowed to simultaneously pick up a Survivor and jump in quick succession
• Granny and Igor - fixed the fact that thrown knives and grenades reacted incorrectly to doorways of destroyed Closable Doors
• Impostor - fixed that Hypnochair timer would keep running if the Impostor turned into a prop and unturned near it
• Impostor - fixed Impostor being able to heal and move at the same time while in disguise
• Abbey - one of Hypnochairs moved closer to the closed off area, also fixed various places where Killers could not reach Survivors
• Farm - slightly increased the distance between the cornrows, also limited the view between the two Exit Doors
• Inventory - fixed items not being wasted if during their use Survivor immediately turned into a prop
• Inventory - fixed Survivor becoming immortal if player clicks on the slot with the Armor while receiving damage
• Camera (Item) - fixed that Legendary Camera did not have a cooldown after being used unless used against a Killer
• Hypnochair - fixed that Survivor could be rescued through the wall
• Voice Chat - fixed the possible reason of crash when trying to mute another player
• Minor fixes and improvements for UI, maps and localization 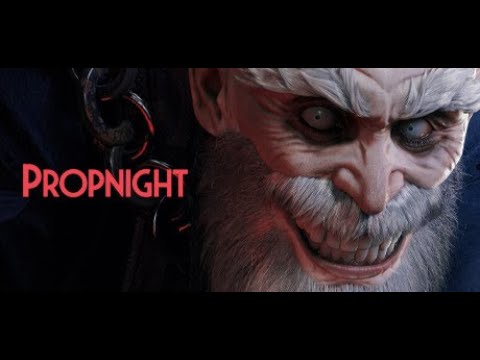 Every Poo Location
This is where the "Poo" prop is on every map in PropNight.
37 ratings 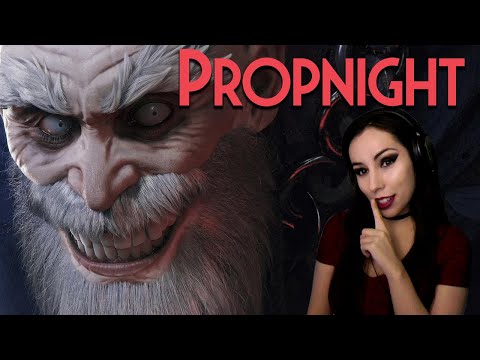 Recommended
164.2 hrs on record
Propnight one of the best hide and seek games i've ever played.
The developers really care about the community. They keep the game constantly up to date.
In almost every update there is (except bug fixes) new content being added.
Implementing a new anti-cheat was necessary and a major step in the right direction.

I hope in the future there will be a lot more maps or even multiple gamemodes.

Overall I recommend Propnight to all players who like Hide&Seek games.

Not Recommended
11.1 hrs on record
This game has fantastic potential, but I play games to have fun not to be called a ♥♥♥. As an openly gay man I have enough stuff to deal with in my real life. I play games to have fun. I'm gay, and that's something I cannot unfortunately change, believe me if I could I would. Outside of that there are tons of people who use exploits and hacks as reported in the comments. This isn't just people being clever either. This is people walking through walls, using exploits, etc. I'm usually one to overlook those issues, but in this case they are severe. I also just watched someone load a game and the entire party spawned dead. Its awful that I can't get a refund and only points to steam and the developers complacency in racist, homophobic, and transphobic behavior. Again, it *HAS* potential, but not in its current state. It seems very easy to make racial slurs and homophobic language something that isn't allowed in TEXT chat, voice chat is another issue. As someone who has been assaulted multiple times over their lives I refuse to be treated like that in my attempt to escape like everyone else. Do better.
A developer has responded to this review 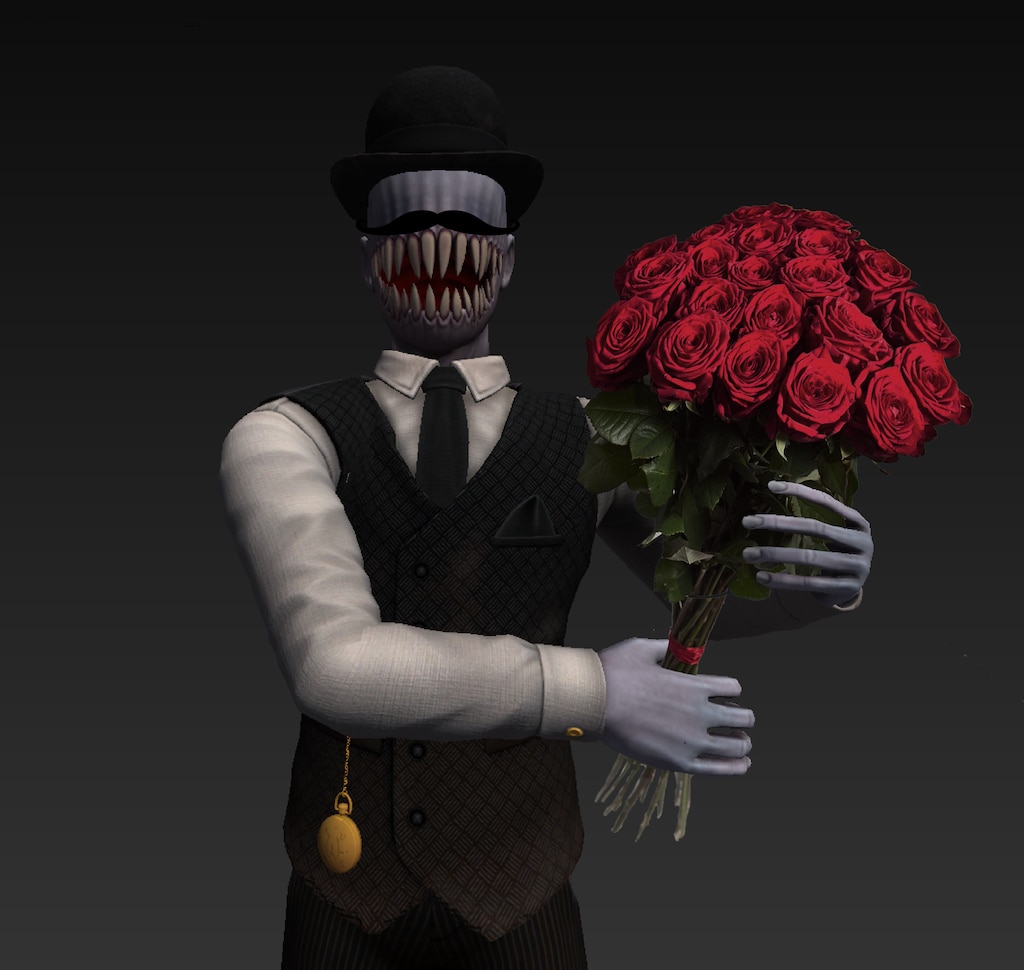 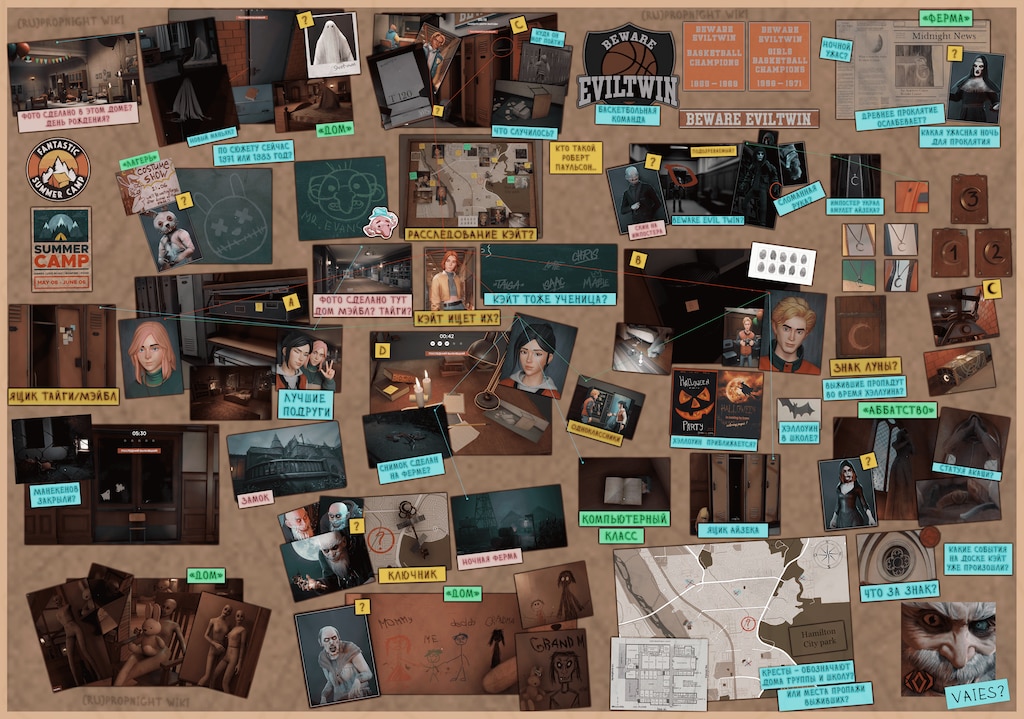 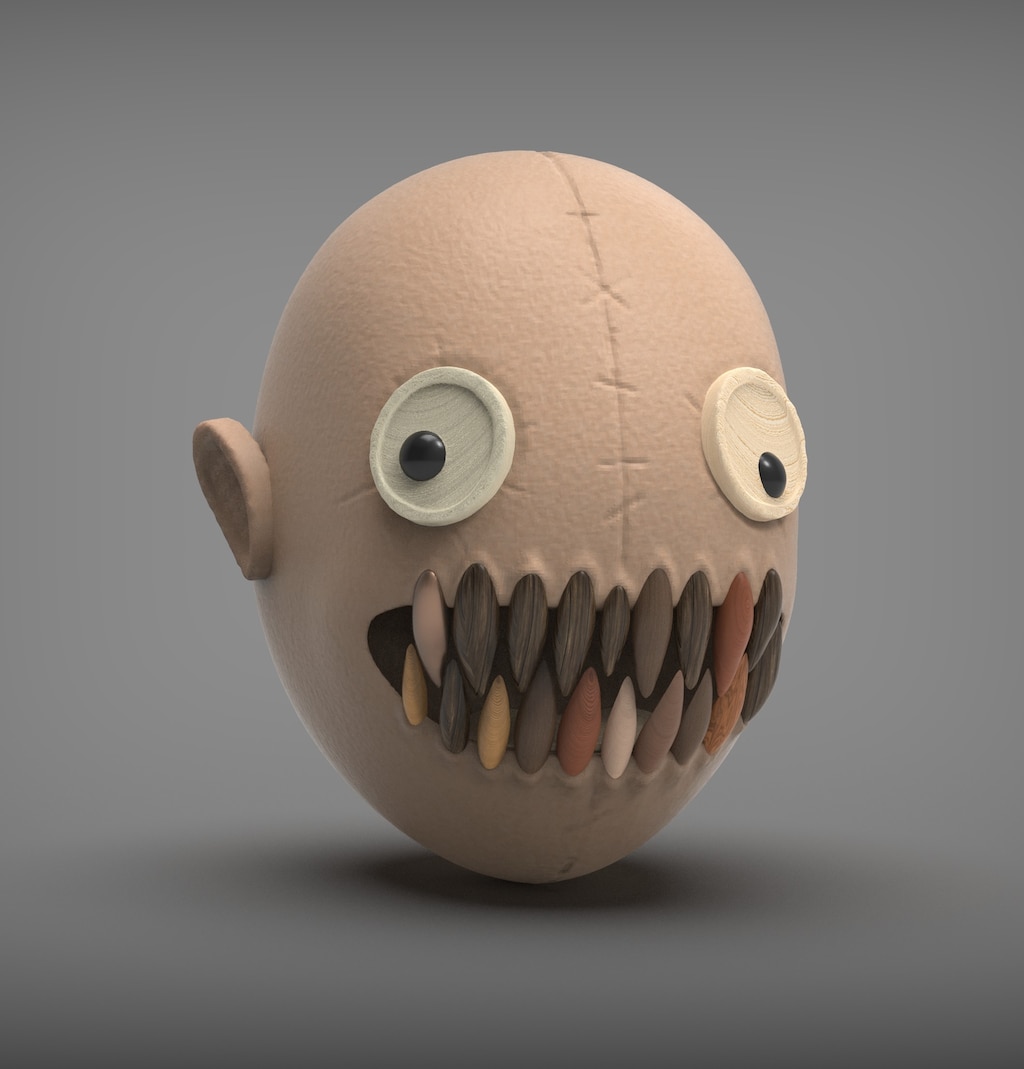 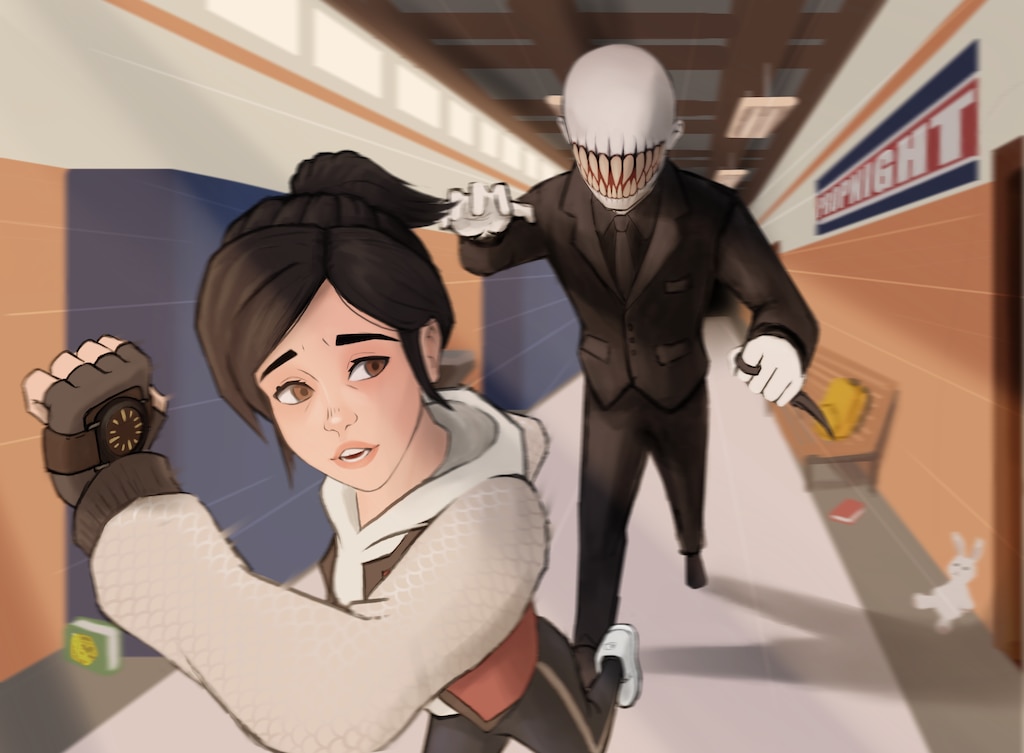 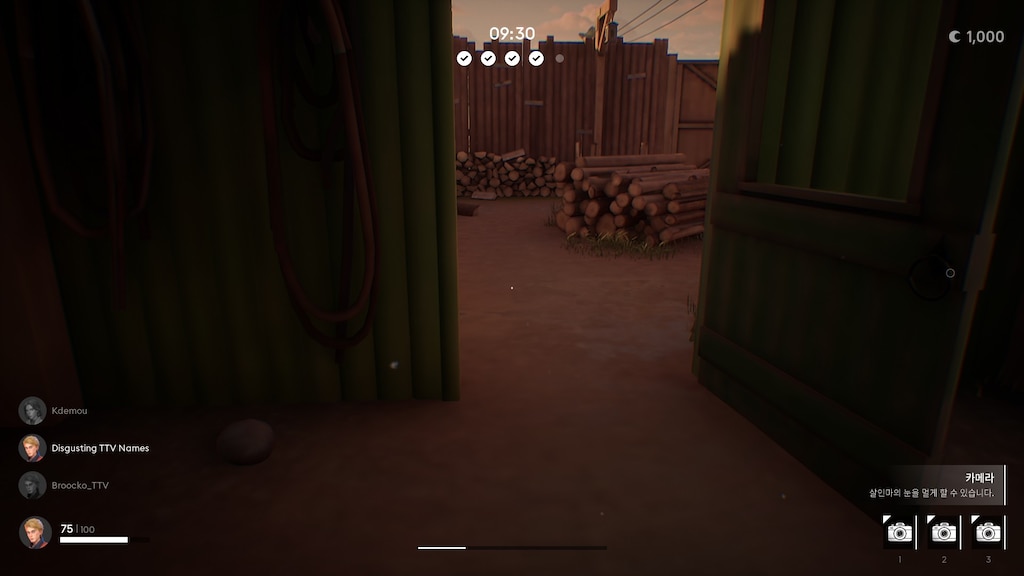 Recommended
35.5 hrs on record
You know what, after 30hrs + of playing the game. I really do think this game has a lot of potential to be a very high quality party game to play with friends. It has the teamwork element in its survivors, it has the suspenseful of killing as a killer. And clutching in this game as either killer / survivor happens more often than not; which makes it really fun..

However, in the potential it has, what it lacks currently is holding me from continuing to play the game. If I'm playing solo, players who get killer often times leave because it can be irritating to play against organised survivors, as they have SO MUCH they can do to stop you from putting someone in a chair. From "bonking" to cameras and mobility. It can be incredibly difficult to do anything as killer (especially one that has low mobility)

Which leads to my second point. Not all killers mobility is equal. Banshee / Igor on house is next to impossible to win as survivor cause they can traverse the whole map in seconds.. Whereas playing Aksha on Abbey is the worst for killer.. There are definite advantages and disadvantages to what killer you pick on what map. And its a shame you really cant play the character you want to on a certain map if you're trying to win as killer. Of course the argument against this is "just play whats good" But that shouldnt be the case for a game like this.

My last point, (and this is something I really wanna see done in the game), are elements of progression. Levels are meaningless as they don't give you anything for leveling up, and you can't show off your level to others anyway, The game would be the same if levels didnt exist. What would be interesting is if Propnight can incorporate some reward for levelling up (elusive level banners, icons or tags). Or bring on daily challenges or a challenges list per character (survivor / killer). Where upon completion you can be rewarded with exclusive tags icons banners or even a skin upon completing the challenge list? IDK. Really just something to keep players engaged with the game beyond just playing it. Cause over time, just grinding 100 coins gets too tedious and tiresome to even play the game for.

Again this game I couldnt recommend it enough, play with friends disregard the MMR thats in the game cause its pointless you get nothing for being good so might as well be as good of player you can be and have fun with friends. (solo just mute players its fine). This game has so much potential i cant wait to see what you guys got cooking in the studio for this game. 9/10 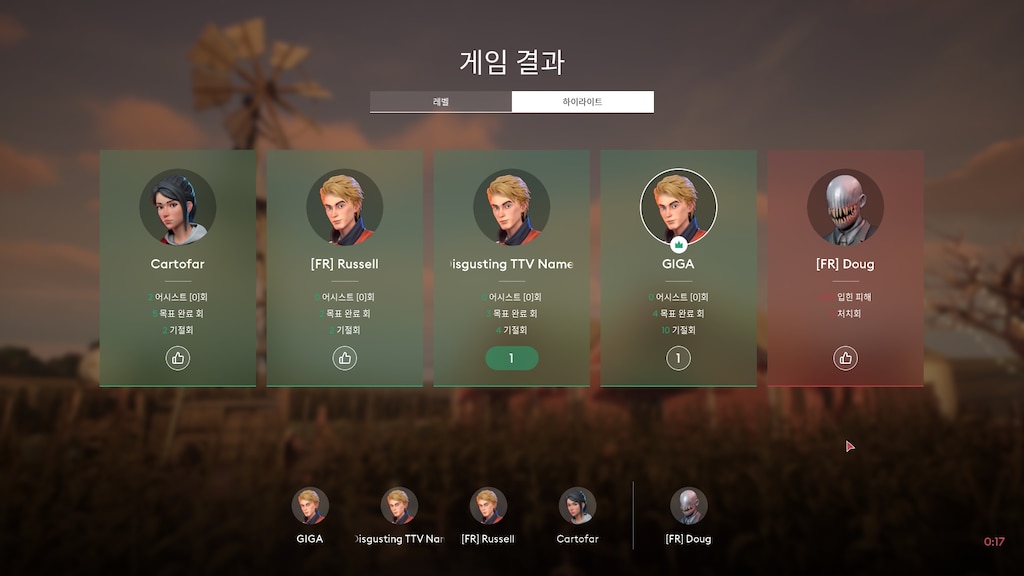 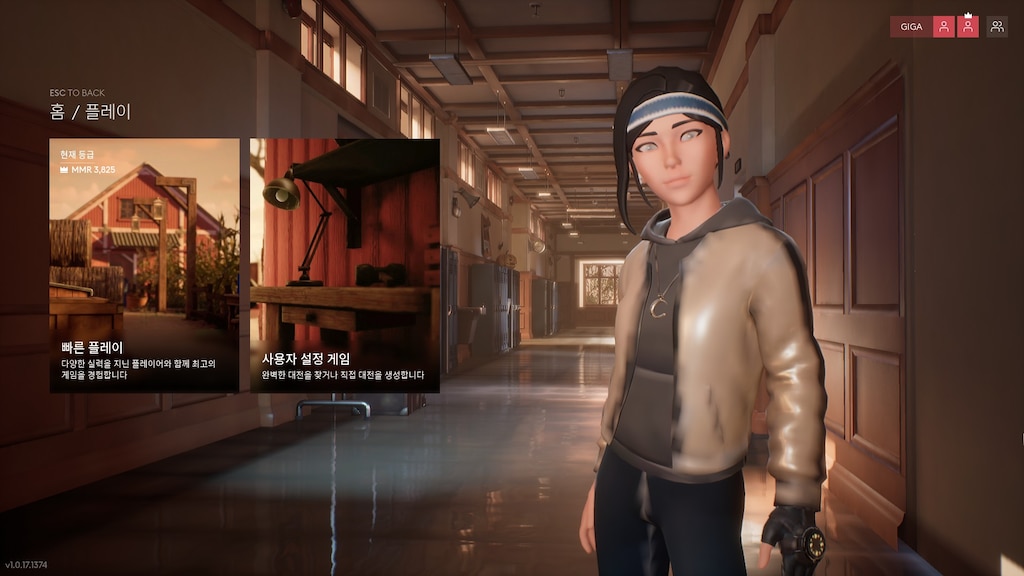 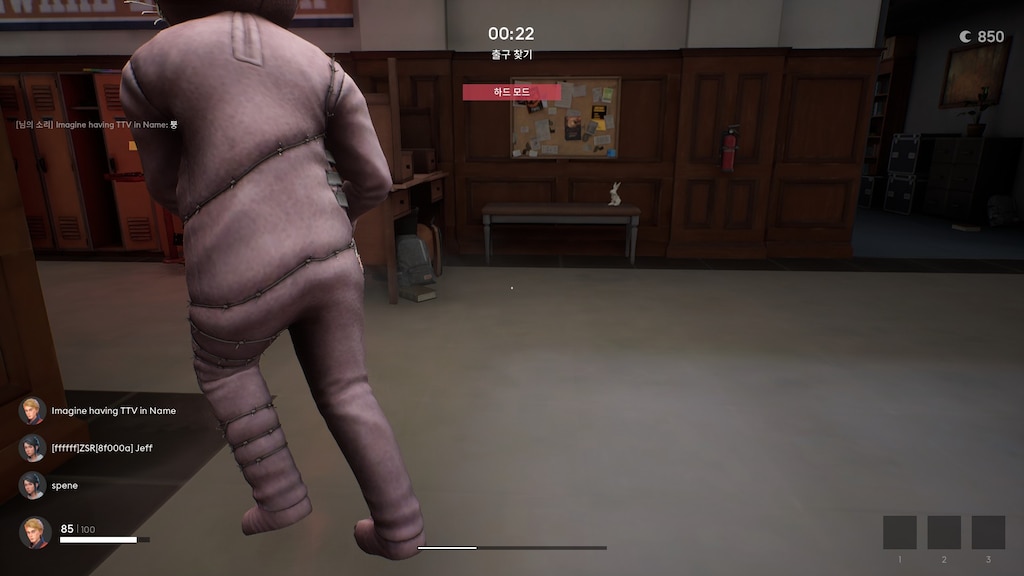 All Secret Skins In PropNight 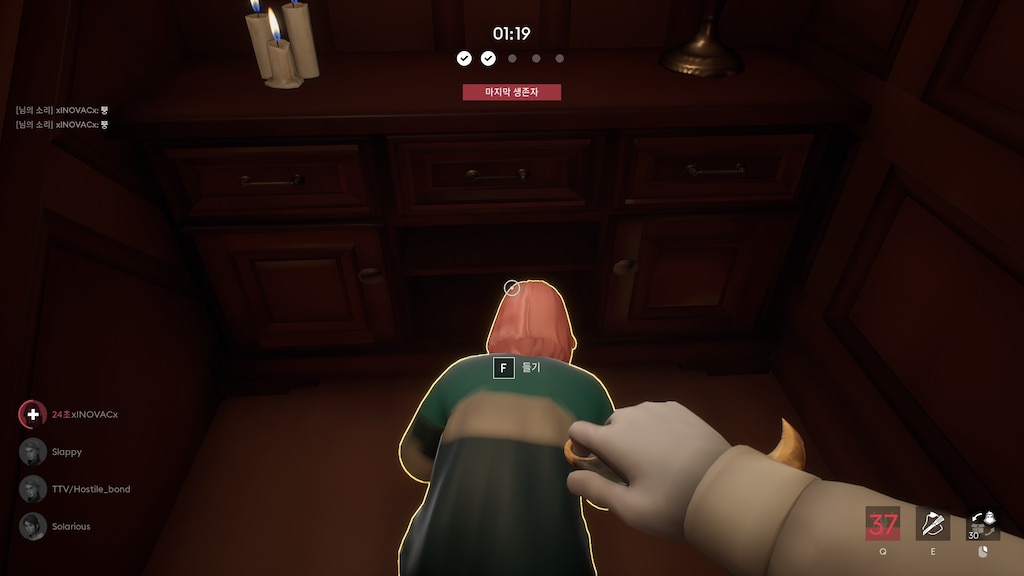 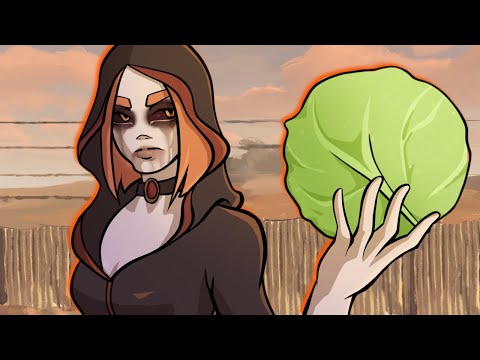 0
0
The Akasha Tech Nobody Seems To Know 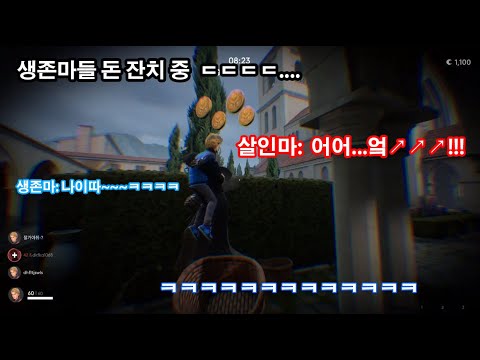 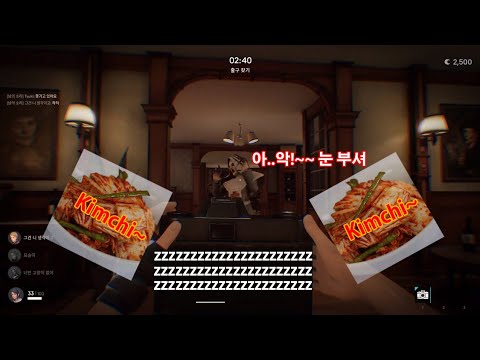 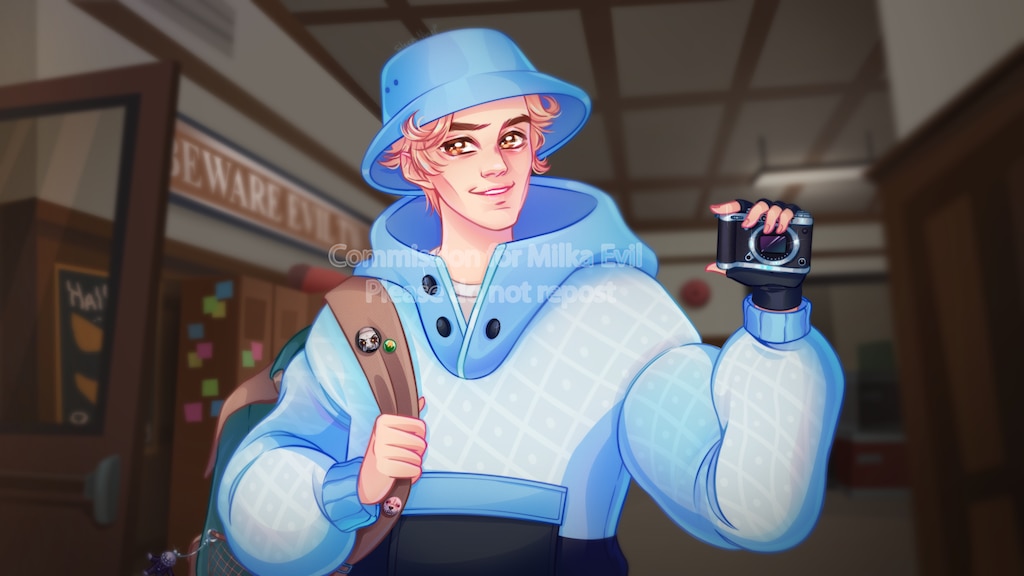 Chayka Bot
View artwork
Few killers, many survivors. Bad balance.
I've been playing for two days, it's hard to find a game, and when it does, we get a role that we don't want. Because as newbie, no one wants to play a killer. Once you find persown whu play killer, it's a person who's too good. These people usually remember the map (the distribution of items that the player can turn into) and know where the player hid. Instead of weakening assassins and increasing the power of survivors, introduce a random placement in the game. I mean, props are randomly generated on the...
21

Dev3ko
4 hours ago
Propnight Room
What do think about killer survivor balance?
I think this game is loosing playerbase already, since absolutely noone wants to play killer. It's such an ungreatful role. The head bounce mechanic feels way to broken, there is just imposter an nun you can play, because the rest is an instant loose and the map farm is absolutely unplayable with any killer, since you cant see anything in the corn field... I think if they dont change the balance real soon i will quit playing prop and many others will as well. just my opinion, let me hear yours!...
34

DripDropPapi
15 hours ago
Propnight Room
Wrong roles make people quit
Getting a role of a killer instead of survivor or vice versa results in cancelled matches. Sometimes it goes like 10 cancelled matches in a row. People just quit. If there are the options to choose the role, can they be fixed to work properly? Otherwise, it would be better to have no such options at all and just have it all random...
77

Light
Jan 22 @ 6:04pm
Propnight Room
Coming from multiple asymmetrical not just DBD...
Are you meant to just soft/camp every survivor out? Why are chairs so far apart that in some situatoins you cant even reach them carrying a survivor? Why are doors so quick to open with no notification of which? Why is it that survivors as they are hit can swap between objects of varying sizes and are faster than a killer would be chasing them? Why is it that being a piece of corn in a corn field even an option? Why do I feel the need to hug a survivor for the hit reg to realize I am even hitting them in t...
16