Patron is a survival city builder with a unique social dynamics system. Gather and produce resources, build your fledgling village into a prosperous city and navigate the intricate social tensions before they reach boiling point.
$19.99
Visit the Store Page
Most popular community and official content for the past week.  (?)
Little sneak peek into the next Update
Nov 29
Hello Patrons!

After releasing a small patch that ironed out a few things from last game update, let's talk a little bit about next one. There's many of you currently playing the game, so it's only fair enough to keep you all informed about our immediate plans.

The pace of our updates will continue strong, but now we'll concentrate on a few things that are coming in the next one.

If all go well during testing, you can expect this update in approximately two weeks time. The focus will be on several content features, a few player requested improvements, and another round of optimizations.

According to the current schedule, you can expect:

- Entirely new production chain Cotton – Dye – Fine garments, with associated resources and new production buildings
- New decorations: Statues and fences
- Automatic enabling of the grid when you select a location for new building site and similar QoL bits and pieces
- Next round of optimizations

Of course, numerous fixes and tweaks originating from your feedback until update release day will also find their way into the update.

Until then, Govern on!

Patron
164
28
It just dawned on me: will there be lighting for the holidays?
Call the holiday whatever you please, but nice strings of lights on buildings and / or trees would be a nice addition to a gentle snowfall in the game for "Decembers." It could be optional. Just like the holiday beverage consumed while playing. Tea? Cranberry juice? I can supply my own carols....
2

Time for another quick update. The changelist is below as always :)

Hope November has been good to all of you so far! Before the Black Friday craziness takes over, for anyone deciding to spend some quality gaming time at home, we’ve completed all planned testing sessions for the next Patron update. 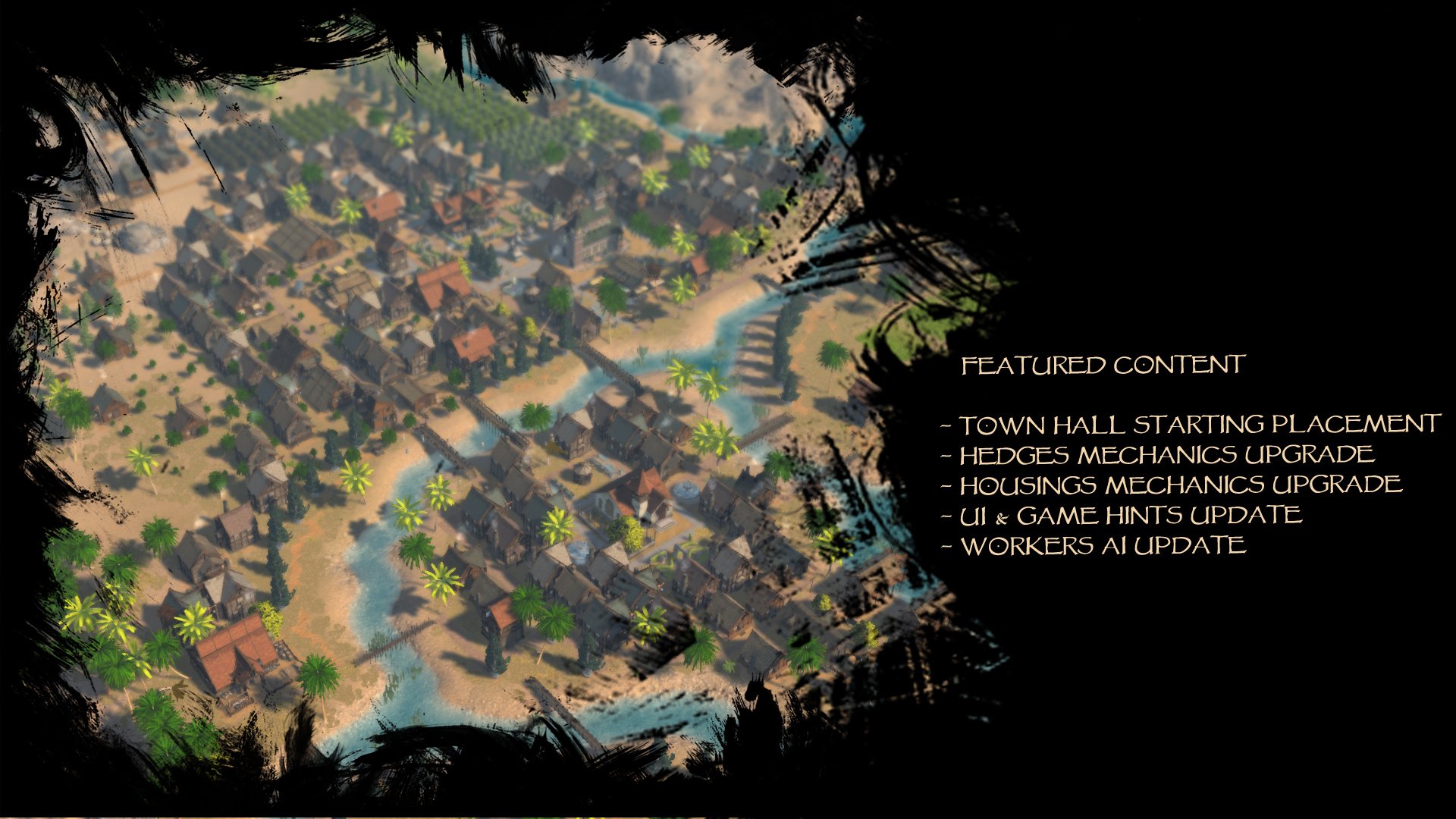 This update is almost entirely about “quality of life” improvements, and most of its contents is based on your input and suggestions.

Most noticeable addition is the option to manually place your starting Town Hall anywhere on the map. This should increase replayability and enable you to achieve more variety when building up your town.

Another change was made to the system for placing beautification hedges. No more clickfest, but rather place it and stretch like you do roads for example.

To achieve a better “ease of play”, we’ve also added an additional complement of hints, notifications and made some tweaks to house maintenance and resources management.

The third part of this update is a batch of visual improvements to increase the immersion and overall gameplay (visuals for wildfire aftermath, additional terrain vegetation & terrain improvements).

Of course, a new mandatory bunch of fixes is also part of the version 1.050.0

Hope you’ll enjoy this update. Do let us know what you think, and what we could further improve in the future updates!

Patron
251
22
Not producing stone/iron/coal
Hi I'm not producing any iron/coal/stone. I have employees and efficiency is 42%. I also have a depot near by. Is it a bug?
5

A Beginner's Guide to Surviving Patron's First 4 Years
Having trouble with the first four years of Patron? Don't know what to research or upgrade? Tired of watching YouTube videos and just want a classic no-frills walkthrough? This guide will get your town primed for a successful early game. The purpose of ...

Recommended
36.0 hrs on record
I stumbled on this game during the Autumn Sale of 2021, and it really hit my City Builder nerve. I'm a lover of all types of these games, and having so many of these games, I can tell if I'm going to enjoy it pretty quickly.

This one scratches my itch. It's not fully polished yet, but it does offer a variety of things typical of its genre, and it expands on some that other City Builders don't, and they are still updating it fairly regularly..

The music is delightful with 12 tracks lasting about 50 minutes, and the graphics could use a touch more love. It just looks a little washed out to me in certain areas, but not enough to stop me from playing it.

The Workshop is active, and you can find some "Quality of Life" fixes there, among other fixes that the Dev's didn't implement well enough in my opinion. All-in-all, it's a very nice game.

On Steam, this is their first game, and it looks like they ran out of the starting gate very well, and I'm enjoying it. It's cheap enough to warrant a test drive, and if you don't like it, you can always refund it.

Not Recommended
1.4 hrs on record
In its current form, it is in pre alpha. So take my negative review with a grain of salt. I have been playing many games like this for some time. I was really hoping for Banished 2. What I received was Banished .25. The graphics are halfway there. The controls are a bit clunky, I don't know if that is the engine. The game has really no customization in the form of buildings, and there really is very little challenge to get through the first winter. I remember Banished and how hard it really was to get through that first winter, and how you had to set-up the supply lines.

I think this game could benefit from a grid that appears when you goto place a building. The grid itself seem very clunky. Again, I know this game strives to be but I think it is still miles off.

What it does right, Music, and sounds. Even though the art style is all and well, it feels like its lacking something. The villagers can't even walk the paths you place for them, as if all you would need is sign-posts. Want a 5% bonus, place sign-posts. That will do just fine. I really don't see the point of paths. The immersion of the game just seems off. I want to give it more hype, more fomo, but I can't. I apologize. 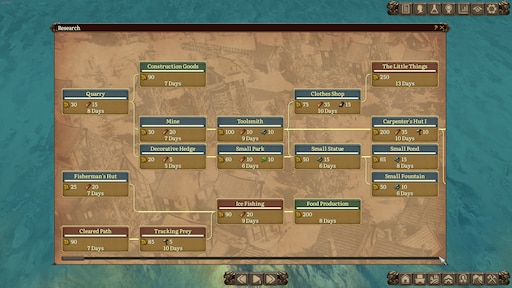 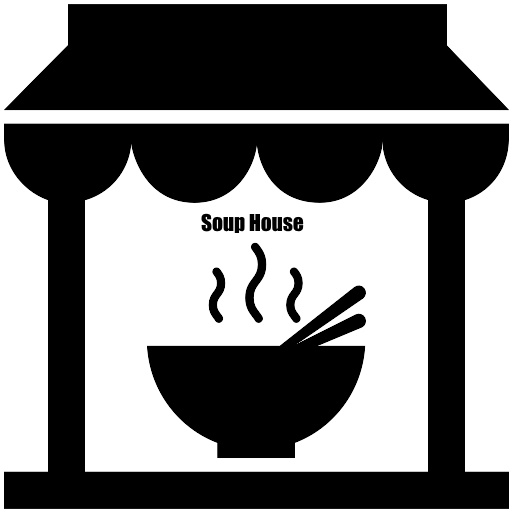 Patron Quick Start Guide
A quick introduction into the basic concepts and gameplay mechanics of Patron. The purpose is to help you get started, not to explain everything. Please consult the Manual for a more detailed overview. If you prefer an offline version, also check the Manua...

Recommended
0.1 hrs on record
What a great little game, very, very similar to Banished but brighter both relaxing and fun; I look forward to playing more. 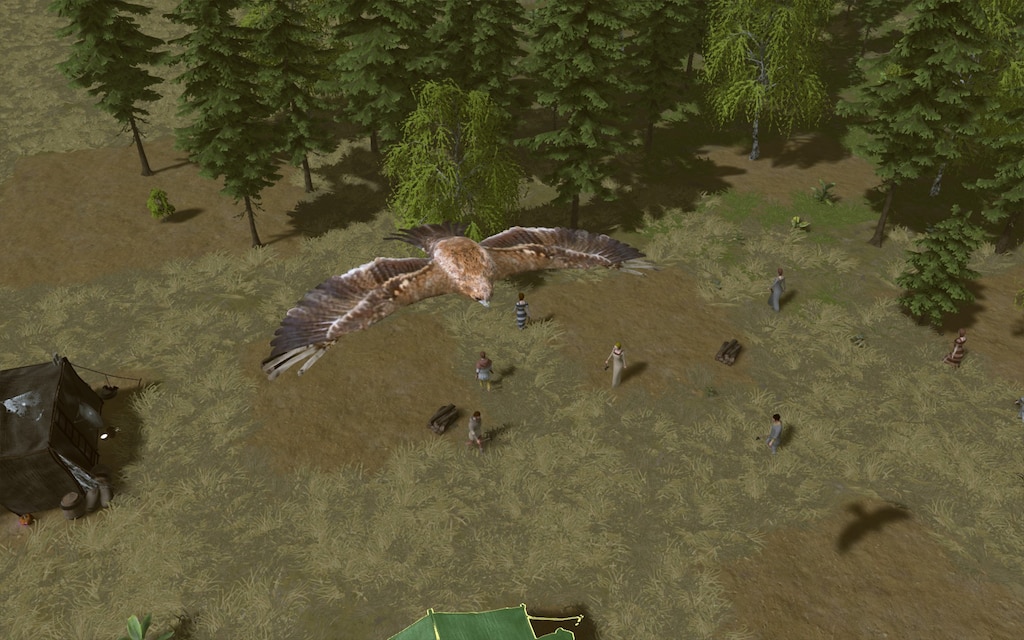 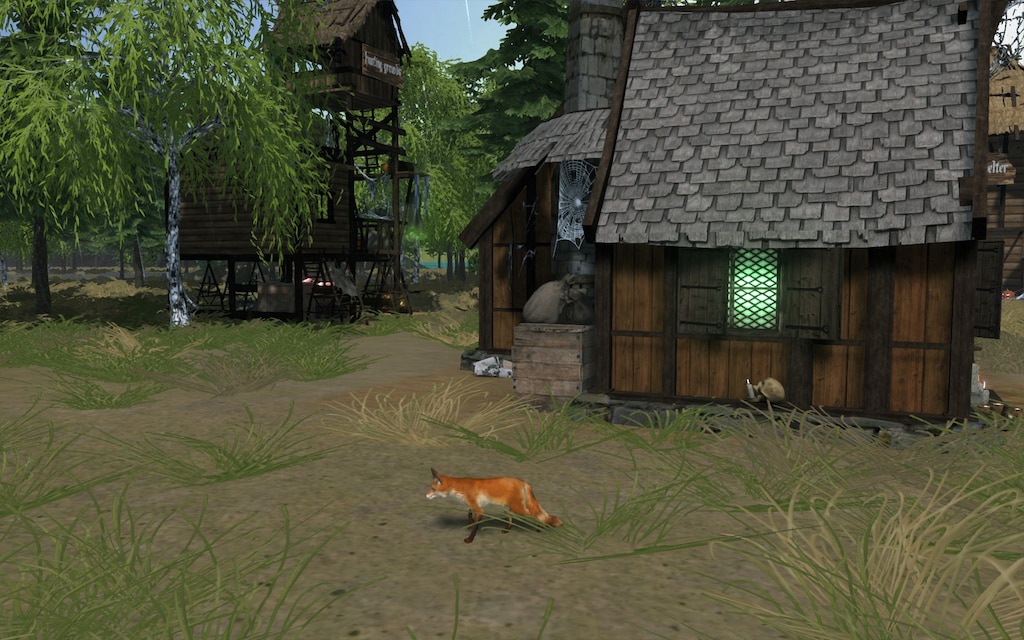 What is Social Class and how does it work?
This guide is aimed at people who want to get the achivment of having 50 of each social class. So social classes are just like children the bigger they grow the bigger the needs. Person assigned to a job will slowly change it's class based on the job... 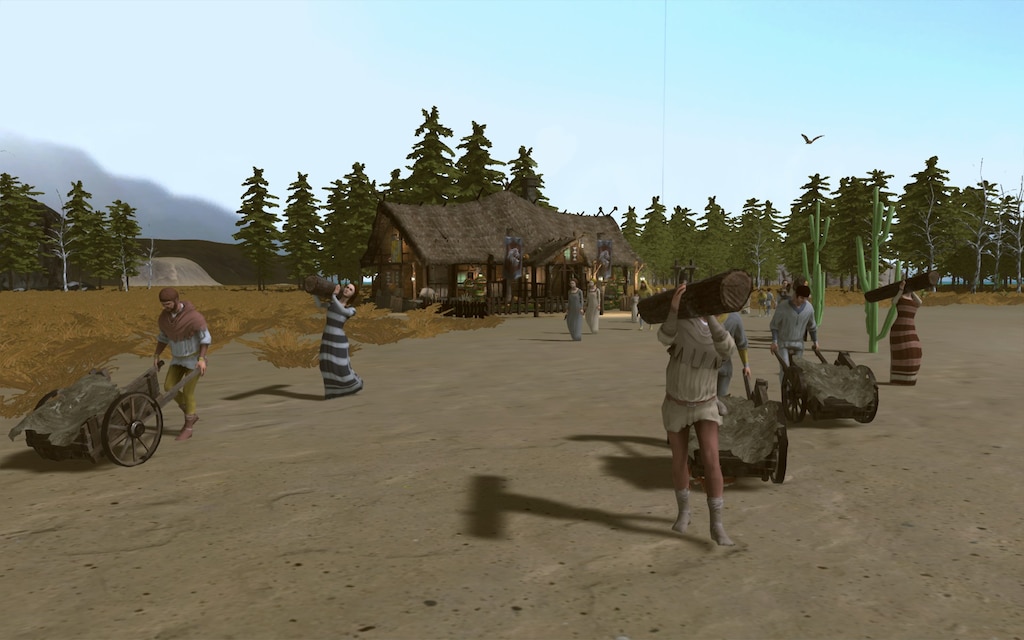 0
3
Whistle While You Work. 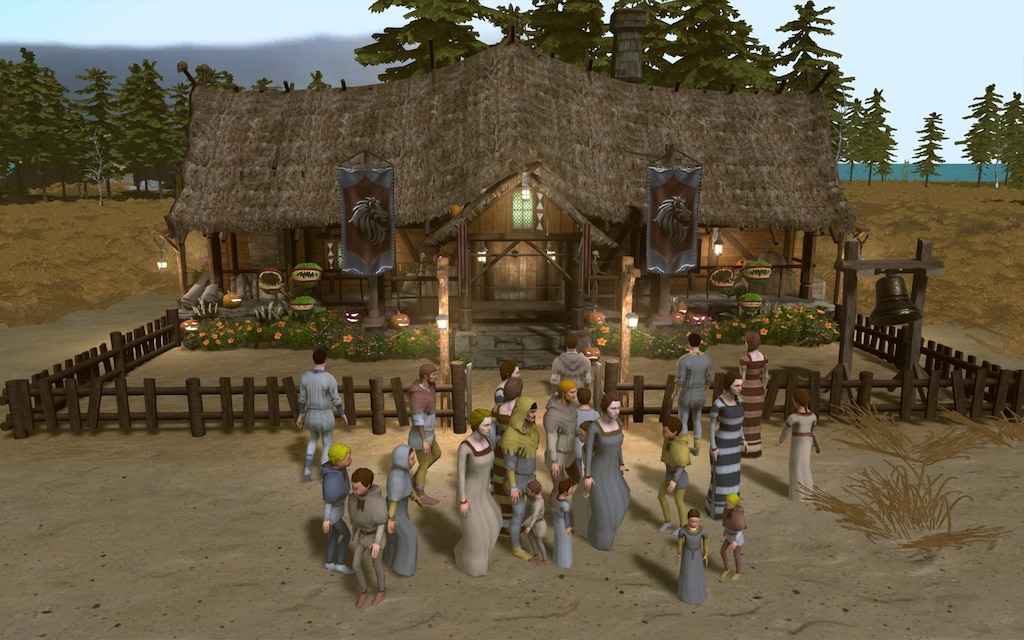 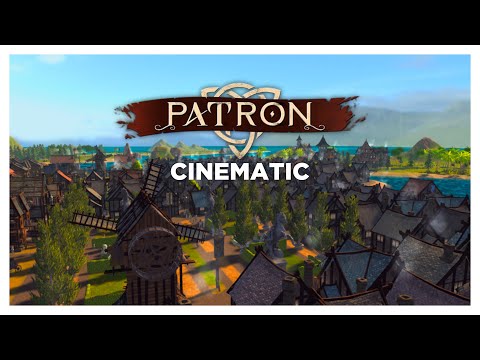 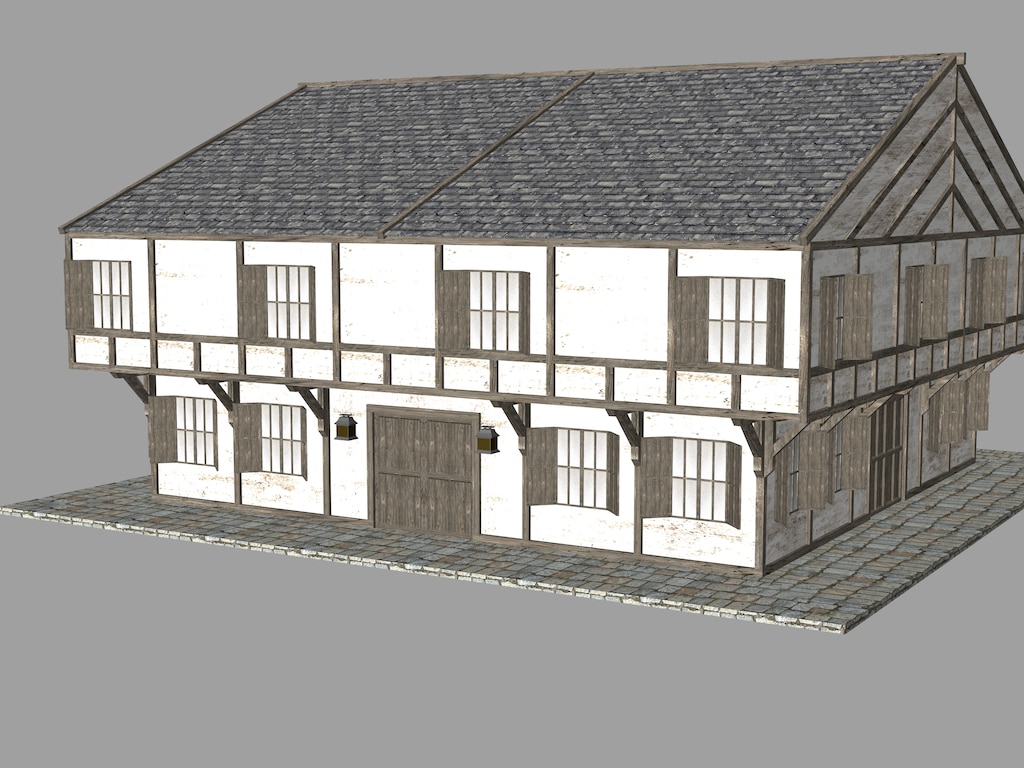 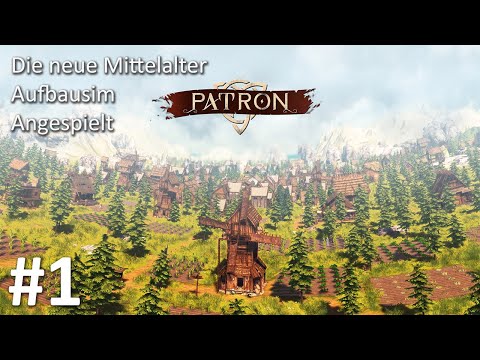 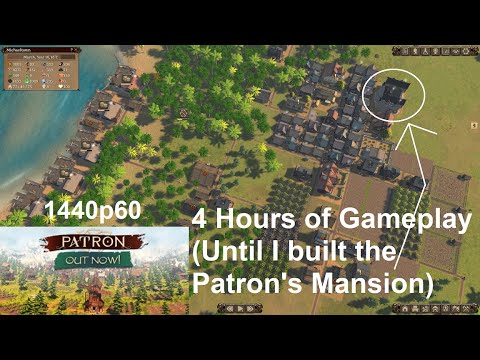 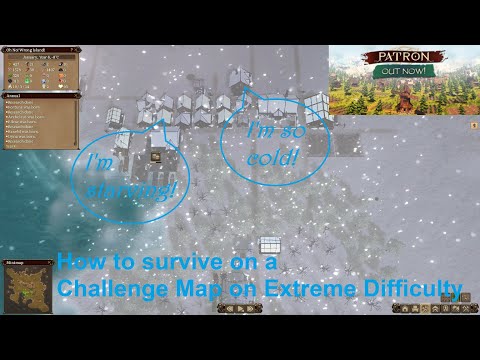 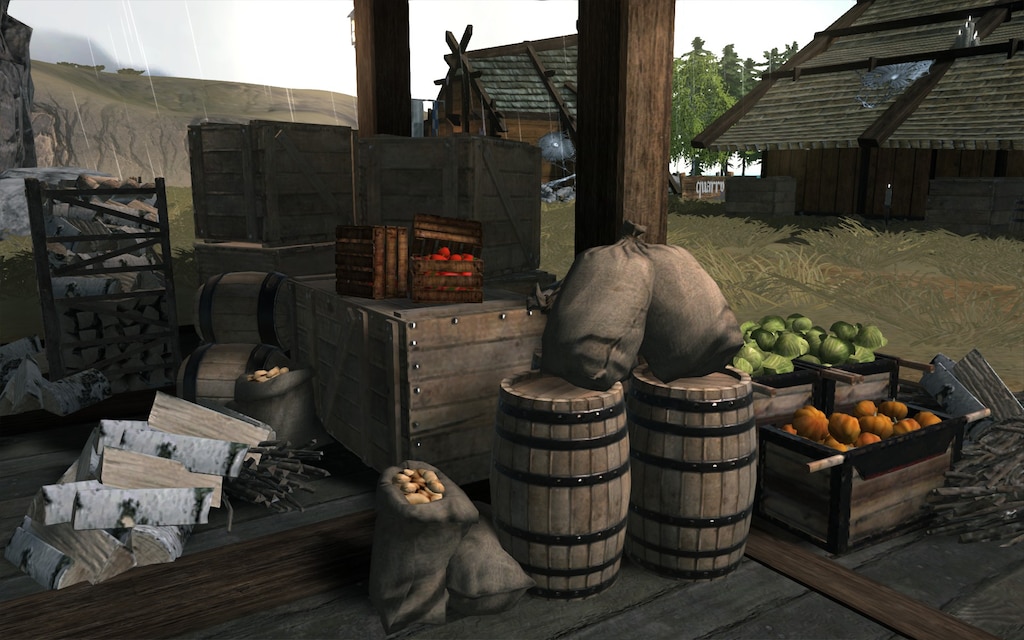 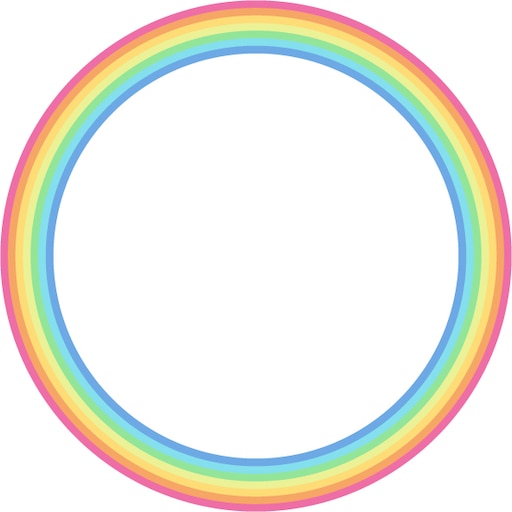 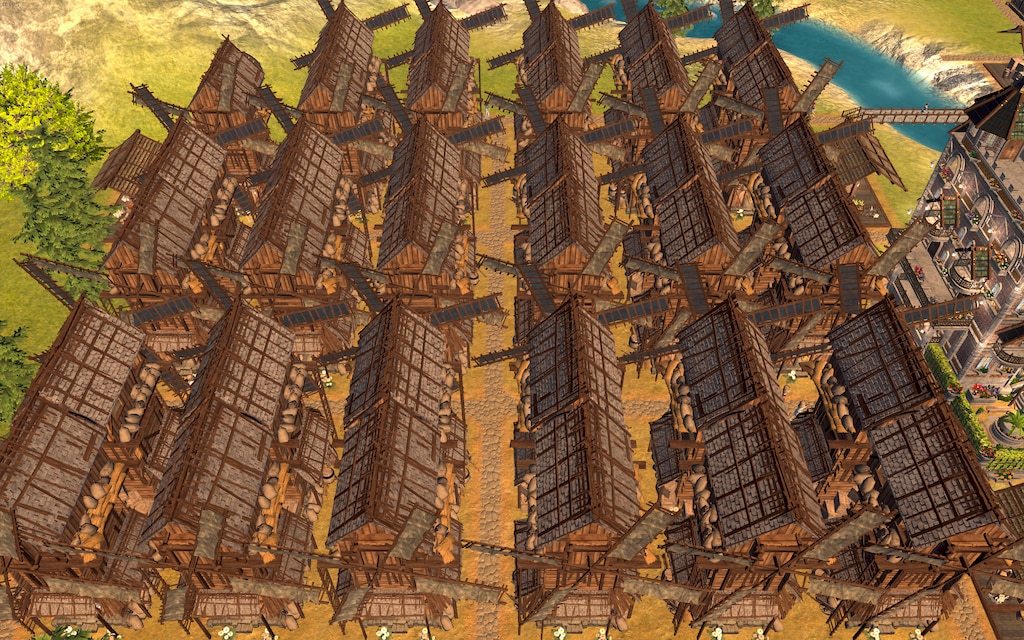 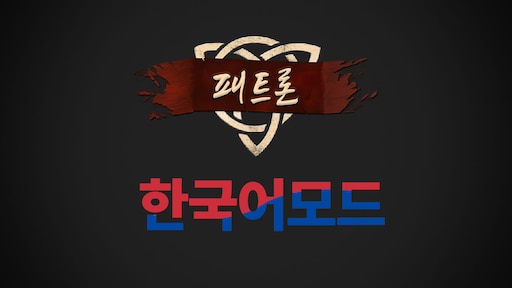 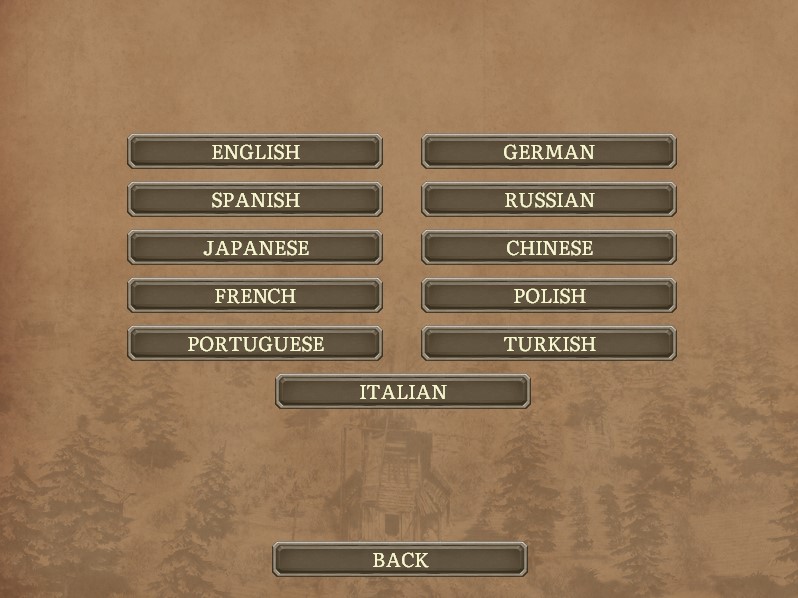 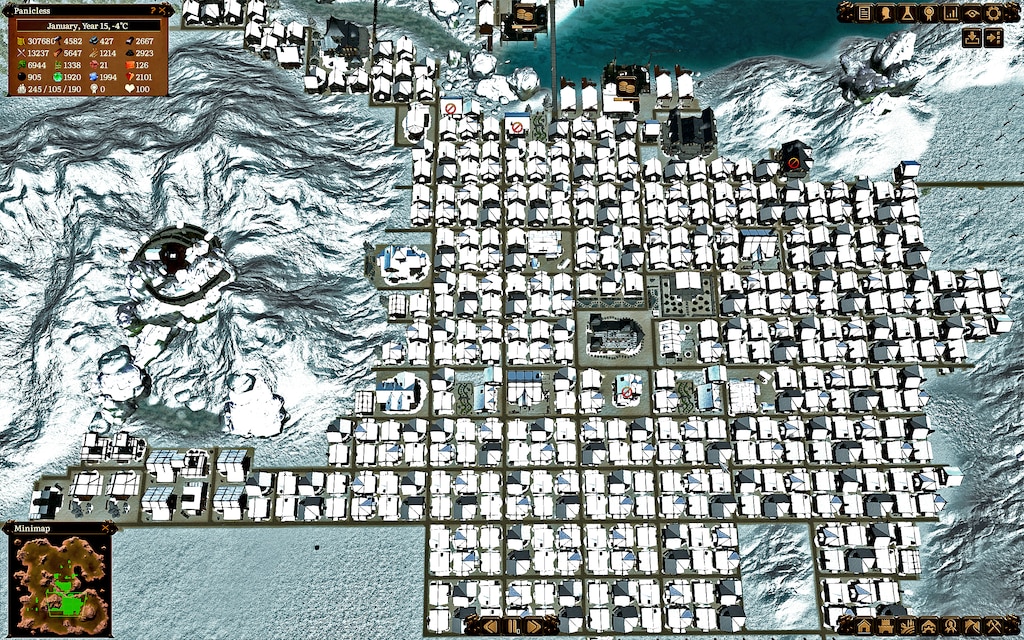 0
0
When we build, let us think that we build forever

🐾 𝕭𝖔𝖇 🐱
View Steam Workshop collections
Demo broken?
Is the demo broken? I'd like to try the game before i buy it but after installing the demo none of buttons work. I have to end task on the game just to get out of it.
7

Golge
Nov 28 @ 10:10am
Bugs & Technical issues
After Coal, is Firewood needed?
So once you start production of Coal or Coal burner, and you have enough extra for supply your other buildings, Do you still need Firewood? Does the Sawmill kind of become a Secondary building to have?
12