The MMO where you create multiple characters instead of just one - and they all work together, even when you're offline! Gameplay mechanics grow and change as you progress, so there's never a dull moment in...
Visit the Store Page
Early Access Game
Get instant access and start playing; get involved with this game as it develops. Learn more.
Most popular community and official content for the past week.  (?)
v1.57 - Elite Classes!
May 22
NEW CONTENT
• 3 new elite classes: Blood Berserker (advancement from Barbarian), Beast Master (advancement from Hunter), Bubonic Conjuror (advancement from Shaman
• The other 3 elite classes -- Divine Knight, Siege Breaker, Elemental Sorcerer -- are also unlockable (from squire, bowman, and wizard respectively).
• 45 new talents, 15 for each new Elite Classes!
• Eliteus, the Elite Promoter NPC, now exists! Find him in the 4th map in world 4 among the demon genies!

💛 💛 PLAYER SUGGESTED CHANGES 💛 💛
• Lazlo card drop rate from Dungeon 2 boosted by +1000%
• Arrow sprites changed for end-game bows -- no longer stubby and weird looking, they look like arrows now!
• Nightmare Boss Kills count for chaotic in guild tasks
• Investigated and fixed an issue where higher tiered Mage weapons in dungeons had abnormally slow speeds on them.
• Many rooms in Dungeon 2 no longer make you artificially wait for them to end, and will end immediately!
• "Health regen/min" post office upgrade to "-% Respawn time". This will help with AFK survivability if under 100%

Hydroculator
1 hour ago
General Discussions
mass discard?
anyway to mass discard your inventory? quite annoying to stand there for sometime getting rid of materials just so I can pick up that one damn statue
3

Mimic
17 hours ago
General Discussions
More than 3 Elite classes
Anyone know what this restriction means when it says not to take more than 3? I have a 2/1 split on the basic classes and a Maestro. Is there another Elite class coming to branch off of say the Berserker or am I okay to upgrade both of my Berserkers to Blood Berserkers? it's kind of weird that there isn't an elite class swap token or something.....
10

LavaFlame2
5 hours ago
General Discussions
v1.561 - Eldritch Frogs..?
May 11
New Content
• Added a new 4th Difficulty to World 1's FROG DUNGEON -- featuring ELDRITCH FROGS!! Watch out, even the most hardcore dungeon runners shudder at the sight of these lifeless husks jumping around...

Quality Changes
• Lowered the HP of Frog Boss 3, and raised the drop chance of the Blue Eyeball required to spawn Frog Boss 3!
• Moved the Purple "Meal Speed" Jewel 8px to the Right, and the Green "Egg Incubation Spd" Jewel 13px upward, to address the byproduct of fixing the "Lab-Disconnect" bug in the previous patch that messed up how people connected their Lab!
• Changed the Spice Auto-Claim Star Talent to max out at 100% chance at Lv100, instead of 75% chance.
• Changed the two Royale Traits to "100% purple RNG item start" and "2 white, 2 green, 1 blue RNG item start". victory royale gamers 😎
• Changed World 4 merit shop upgrade #5 from [+px line width] to [+connection length for Lab]
• Primordial Shrine, the 9th shrine, was buffed to give +% AFK if under 150%, instead of under 80%.
• Swapping worlds in the World Map will auto-select town, you can just press Teleport and be on your way!

Bug Fixes
• Teleporting into the Dr. Defecaus sewer map will no longer crash the game.
• Fixed an issue where sigil exp could be earned without connecting to the lab bonus. Sorry, you gotta connect to it
• Fixed an issue where "Past Pres" breeding multiplier's upgrade was not giving its correct bonus
• World 4 daily task now properly resets every day at the end of the day when the day is over.
• Fixed an issue involving breeding a "new pet" when having the Rat selected causing crashes.
• Fixed an issue where you'd randomly lose the ability to move around in a dungeon
• Gold Twine now gives its correct stats over at the Fishing Toolkit
• "Ghost" party invites will no longer show up. These invites often disappeared before you could really see them, and were never meant to show up in the first place. 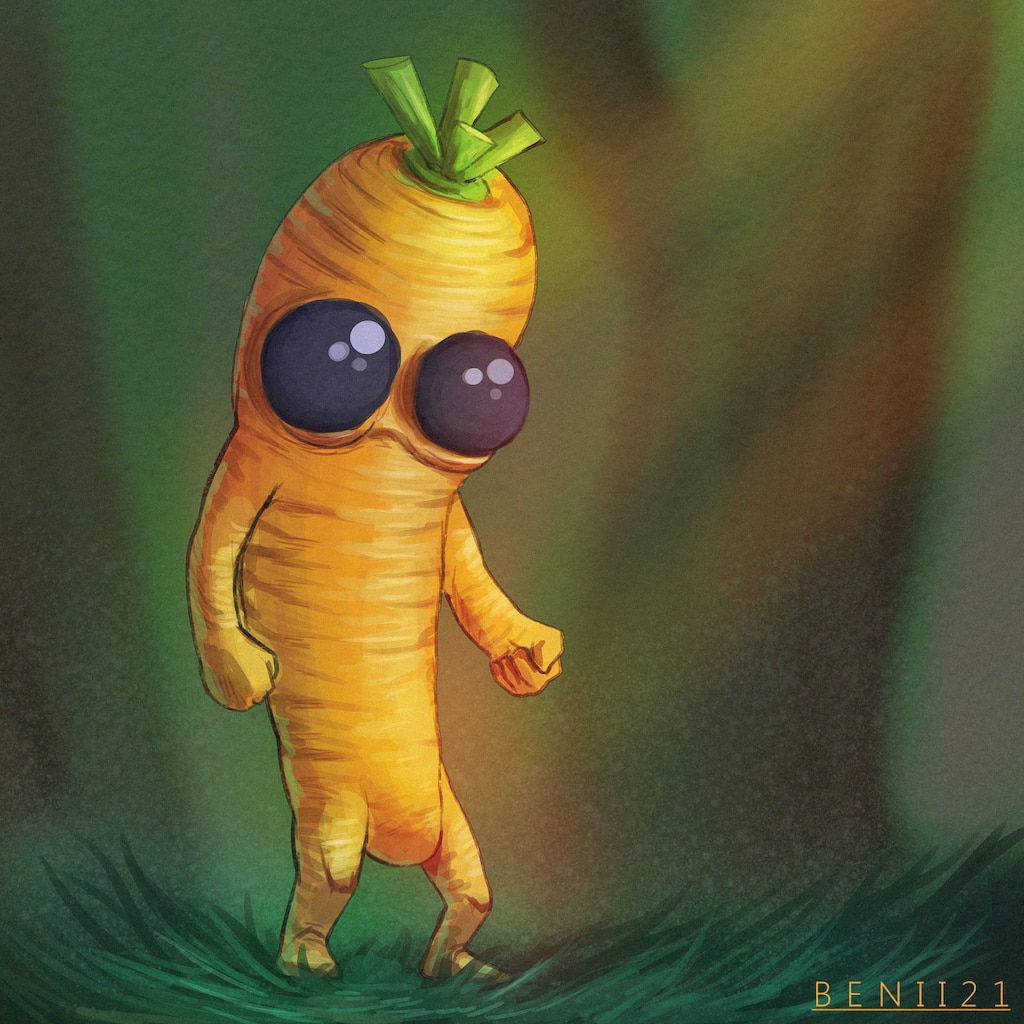 Quick tips for new players
Tips on how to get the most out of your start and avoiding costly mistakes.
80 ratings

SUPER HUNTER
How to reach +100m exp/h with the Hunter!
78 ratings

Arkshija
View all guides
v1.56 - Nightmare Bosses!
May 7
New Content
• Added NIGHTMARE BOSSES: Radiant Amarok, Gilded Efaunt, and Blighted Chizoar!
• Each nightmare boss has a rare drop for a UNIQUE CAPE! In other words, there are 3 new capes to collect from nightmare bosses!
• Boss Tasks are now completable, since they require Nightmare boss kills!
• Added the PLAYERS button, so you only need to click 2 times to swap player instead of 3! It replaces the old CHAT button, next to MENU.
• CHAT button now takes the form of a small speech bubble icon in the bottom left, which can be turned off in Options.
• Added "Lava's Early-Game Guide!" to help out new players. Honestly if you're reading this, you'll never actually encounter this feature, but I figured I'd let you know regardless!

Quality of Life Additions
• Added a timer to show when the next Dungeon Happy Hour will be!
• Added Join All & Invite All buttons to Party Dungeon Lobby, to make grouping up easier!
• ALL mini-bosses now have mega HP bars! This includes world minibosses (baba yaga, king doot, etc) as well as Dungeon bosses (grandfrogger, snakenhotep, galaxicus)
• Changed Cacto Jones' quest dialogue (world 2 main questline) to entirely revolve around Efaunt's powers of cerebral corruption, just like how World 1's quests entire revolve around investigating Amarok's rampage through the jungle and forest.
• Tasks in Quick-Ref now jumps straight to the world you're on. I.e. If you check tasks from Quick-Ref in World 2, it'll go straight to W2 tab instead of W1
• Slightly changed the position of several Lab Bonuses / Jewels, as to prevent random Lab Line-Breaking
• Copper plates in cooking are now much more coppery coloured, as to make Gold plates stand out more
• Disabled "x2 tap on player to open info" when in dungeons. There's never a reason to see someone's info IN a dungeon, and it was kinda annoying. You do NOT need to re-enable it when leaving, it doesn't actually adjust your options or anything.
• [HARD RESOURCES] card category is now properly ordered: ores, logs, fish, bugs, critters, souls, in that order!

Bug Fixes
• Edited the description of the Purple & Green "Tool Power" bubbles to include that they also boost worship skulls & Traps respectively
• Fixed an issue where players couldn't buy the last 2 jewels from the gem shop no matter how hard they tried
• Fixed a Statue issue involving the golden "family shared" bonus not working in very specific, rare situations. 🗿
• Made it so you can replay Mining minigame if you leave the ore pile without having to re-enter the map. This isnt a bug -- I actually had it custom coded to require you to enter the map, as anyone whose seen the code could tell you -- but I figure it comes off as unintentional and have since changed by mind on the whole thing, hence the chance.

New Player Guide
Basic new player guide as well as tips/recommendations on what you should do to maximize growth early on. Includes guide for 4th character class (The Journeyman) Will be updating as I progress as well so you don't have to make my mistakes
66 ratings

Not Recommended
76.3 hrs on record
Early Access Review
Decent idle game, but the dev is completely incompetent when it comes to community interactions. Between banning random people, copyright striking innocent videos to take them down, and not fixing exploits, its clear that he just doesnt care. Best just to avoid this and choose a different idle game, its not like this is particularly unique. 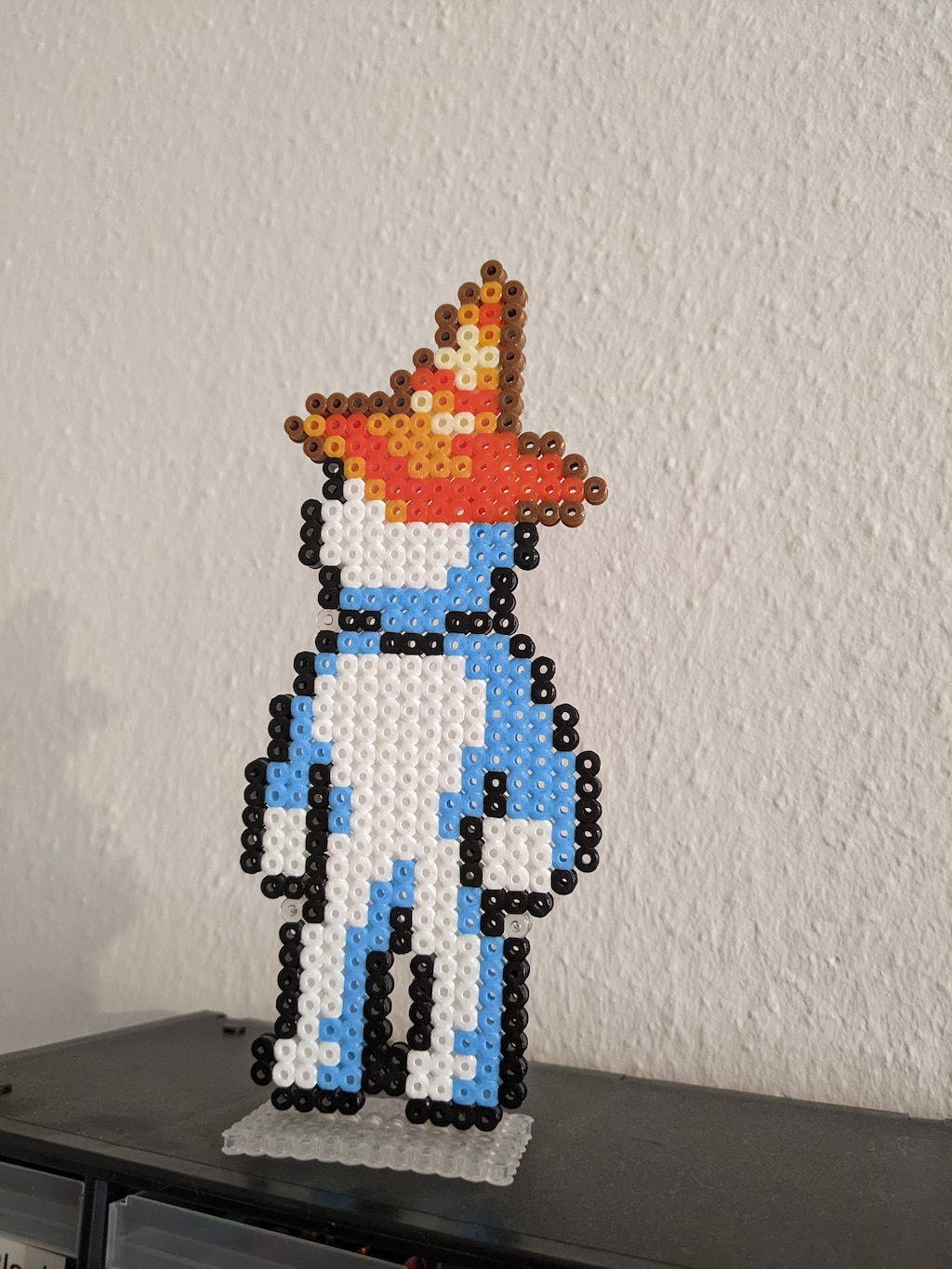 Not Recommended
0.1 hrs on record
Early Access Review
Made a post criticazing the dev on steam, dev perma banned me. Do not download and support this game or dev. 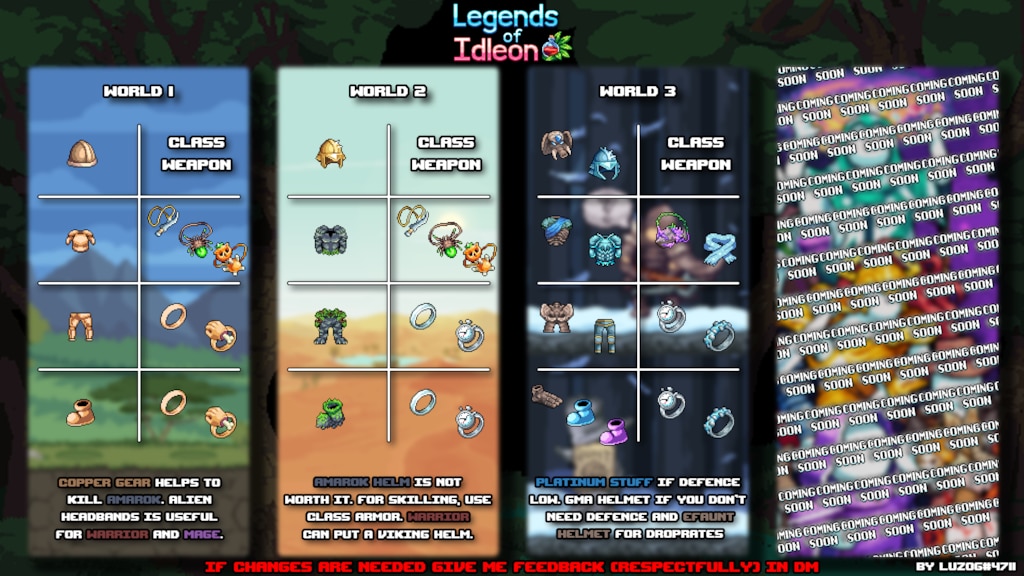 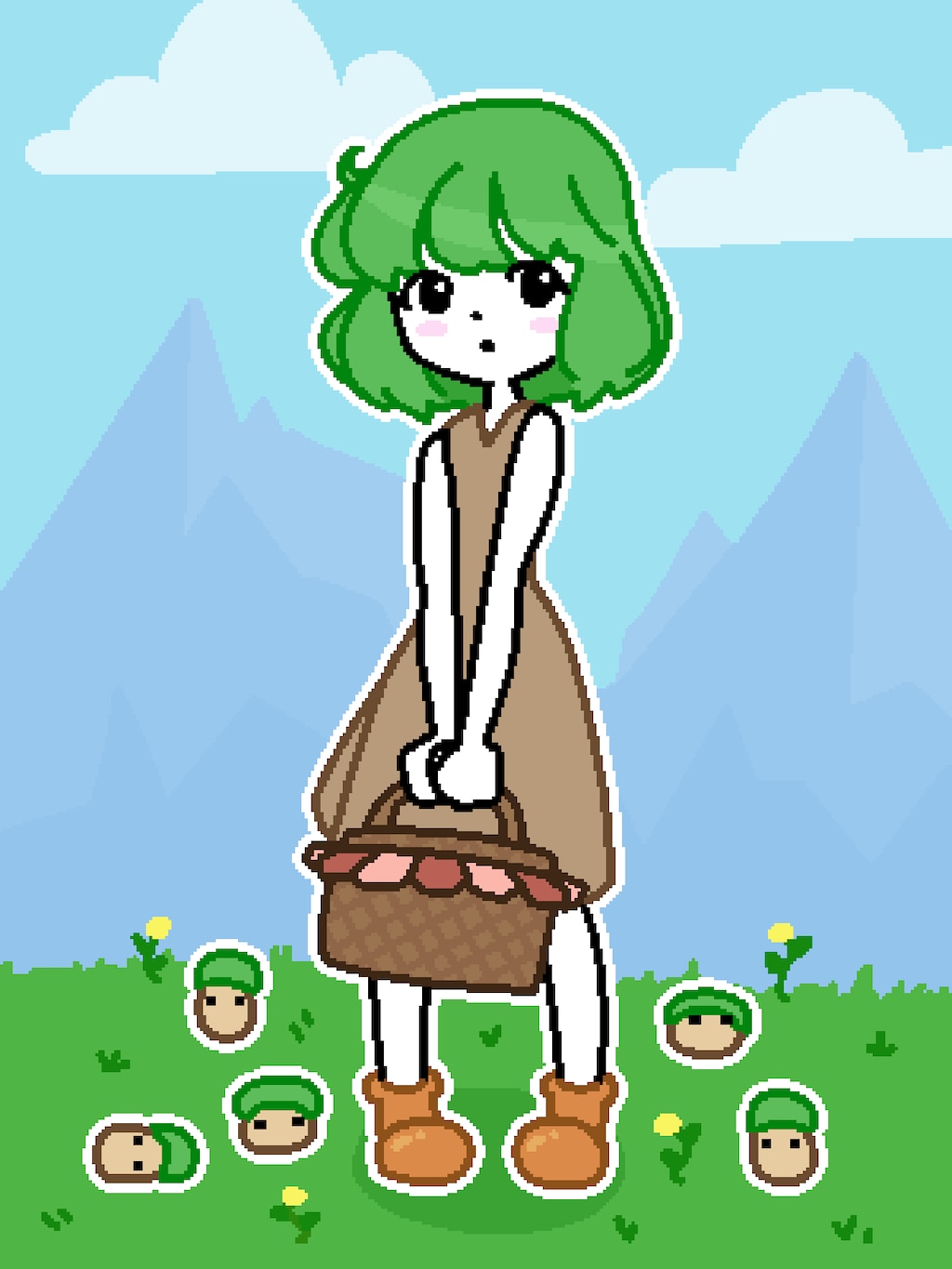 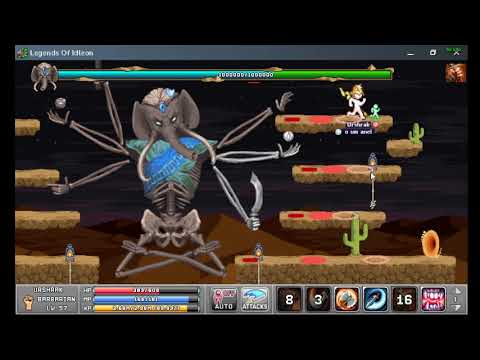 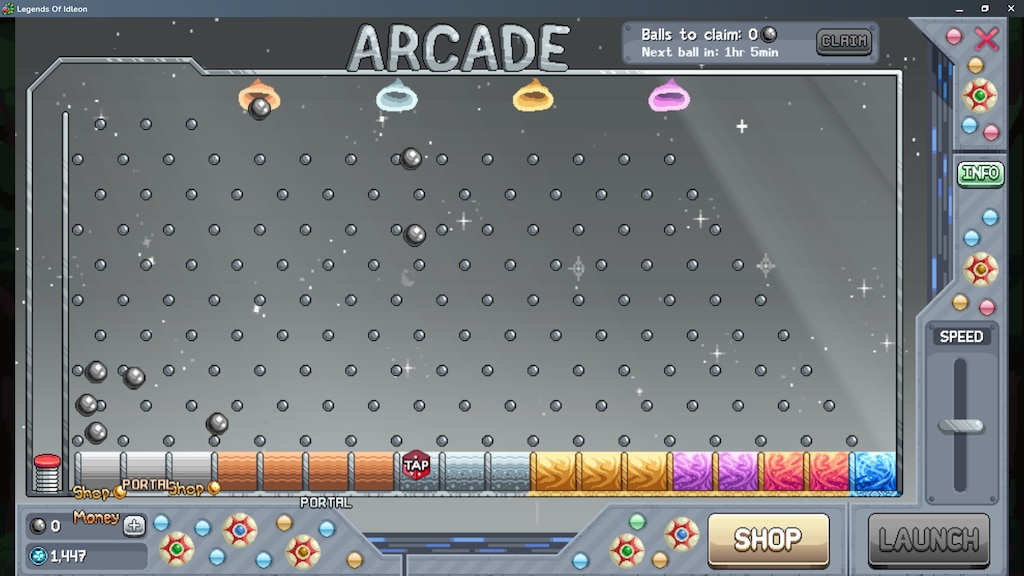 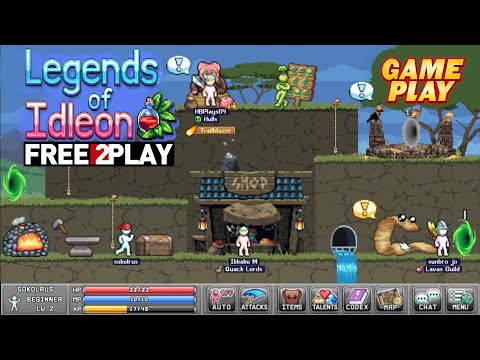 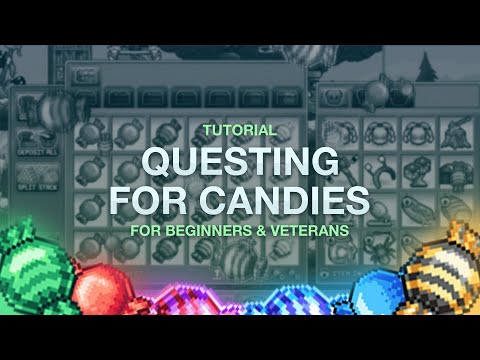 0
0
Questing for Candies Tutorial | The Legends of Idleon 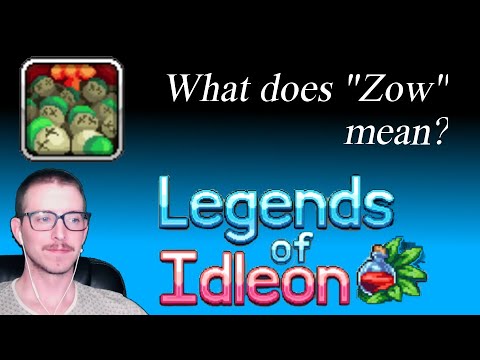 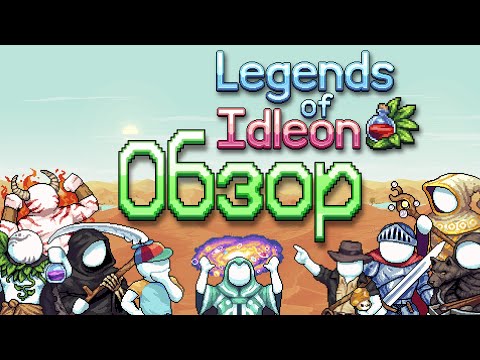 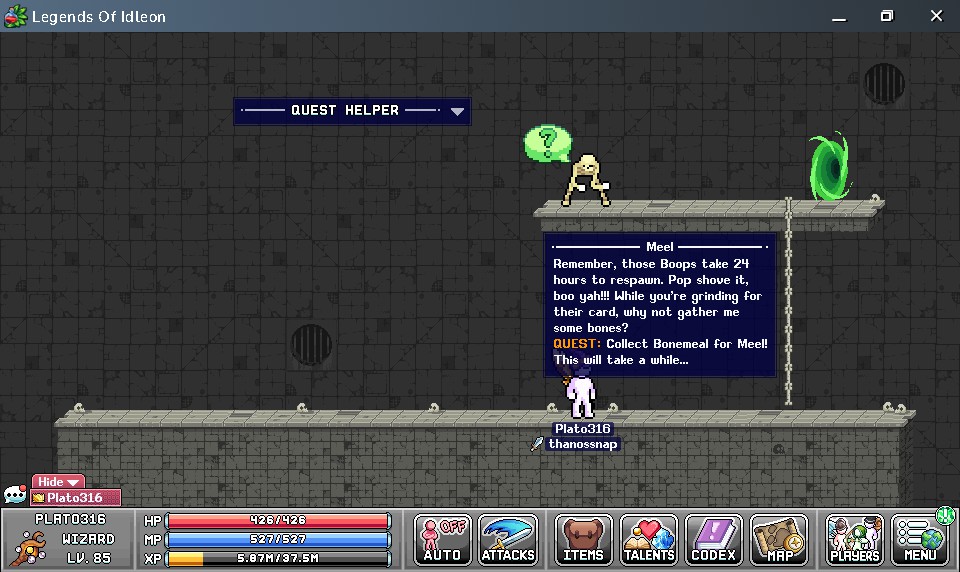 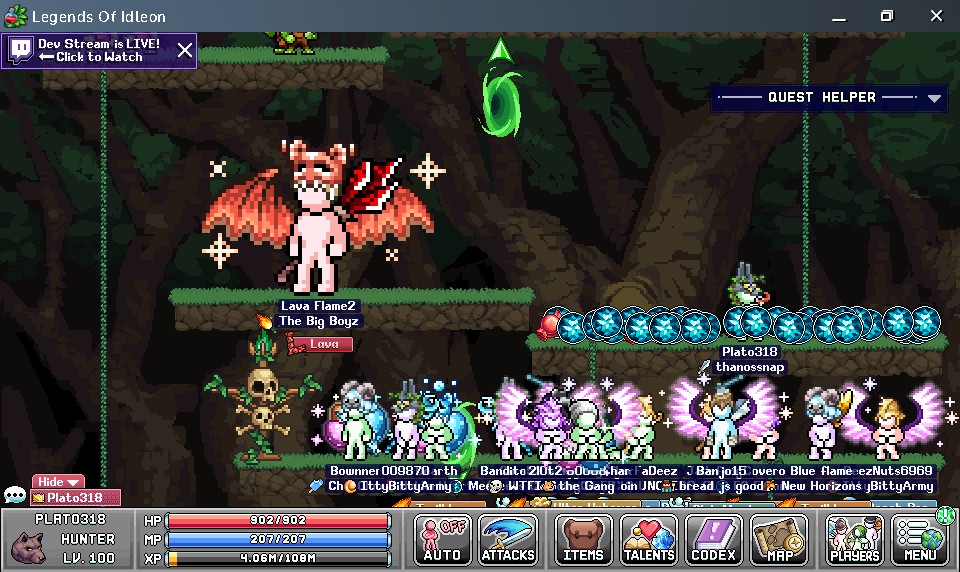