The Combined Arms Operations Series simulates hypothetical battles between World War II armies. Assemble your forces, out plan, and outfight your enemies to master the art of combined arms warfare in chaotic simultaneous turns where commanders must adapt quickly to an evolving battlefield.
$19.99
Visit the Store Page
Most popular community and official content for the past week.  (?)
Install Error Hotfix
Dec 26, 2022
We have fixed an install script error that caused CAOS to hang on load for some users. If you experienced the error, follow the quick steps below to make sure you get a fresh install to fix the problem:

1) Right click CAOS in your steam library >> Manage >> Uninstall.
2) Reinstall the game
3) Everything should work.

Have a happy New Year and a special thanks to the players who brought this error to our attention and helped us troubleshoot it. 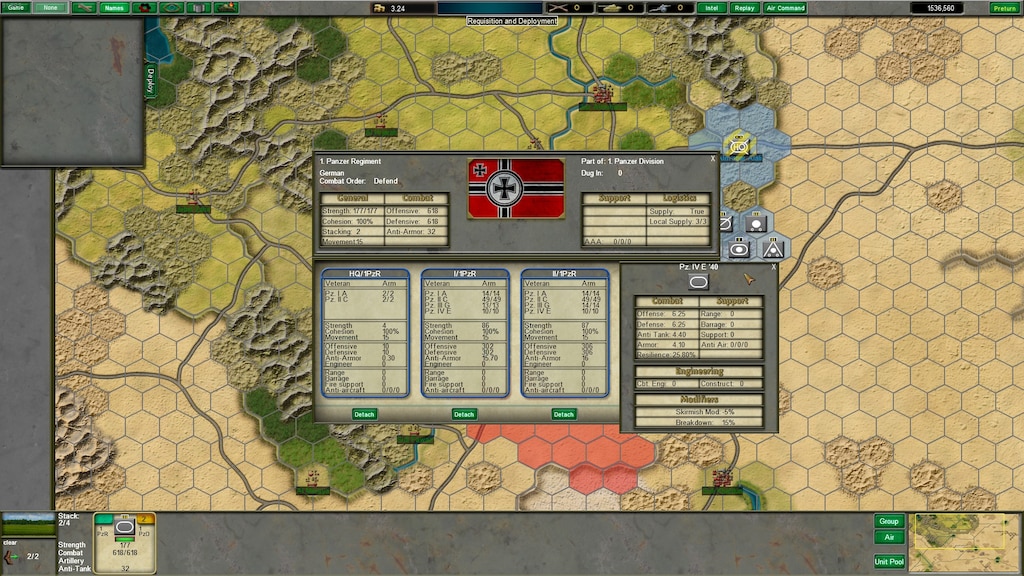 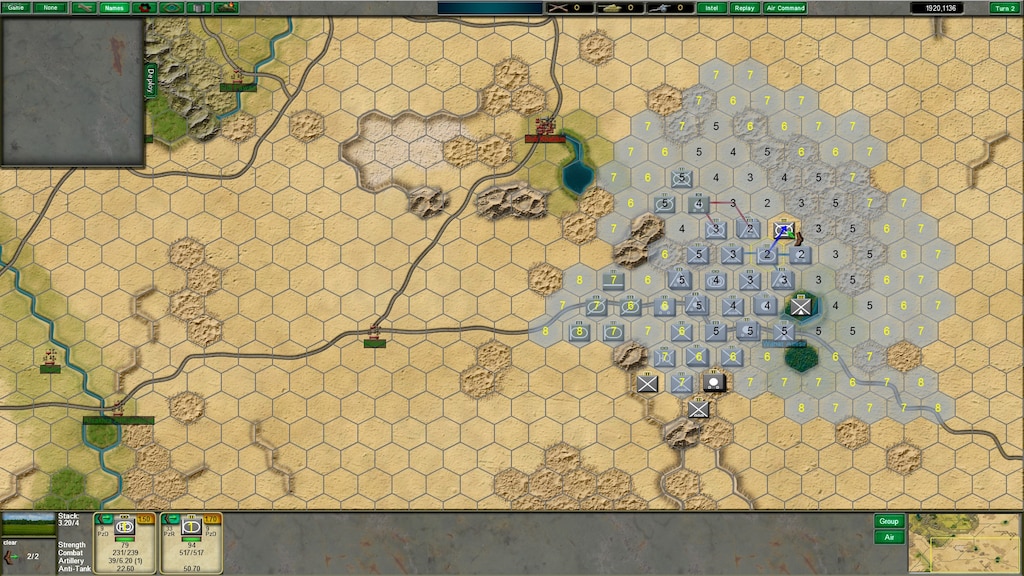 0
0
Actioning movement. By the number of impulses it would take to reach a hex. 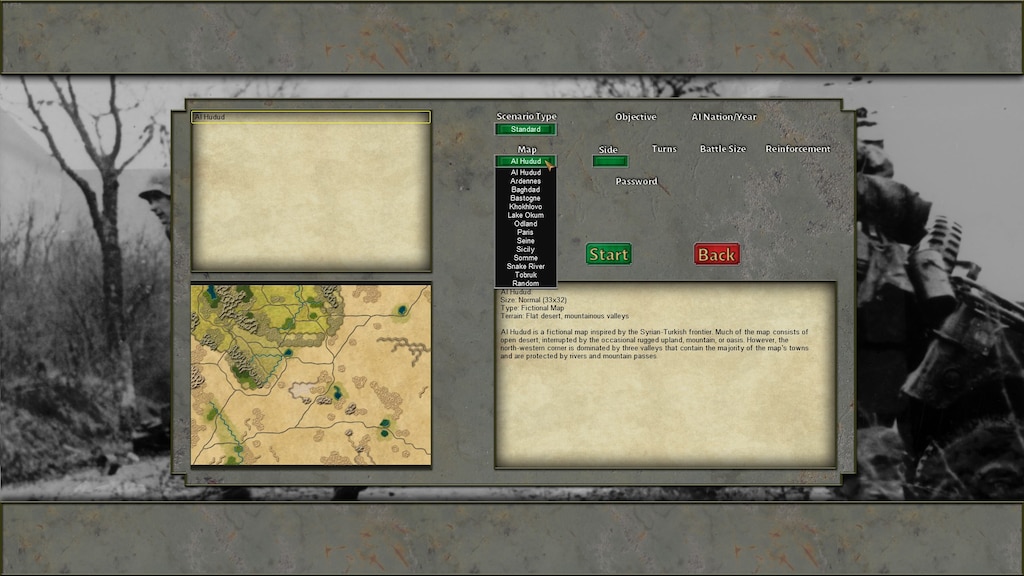 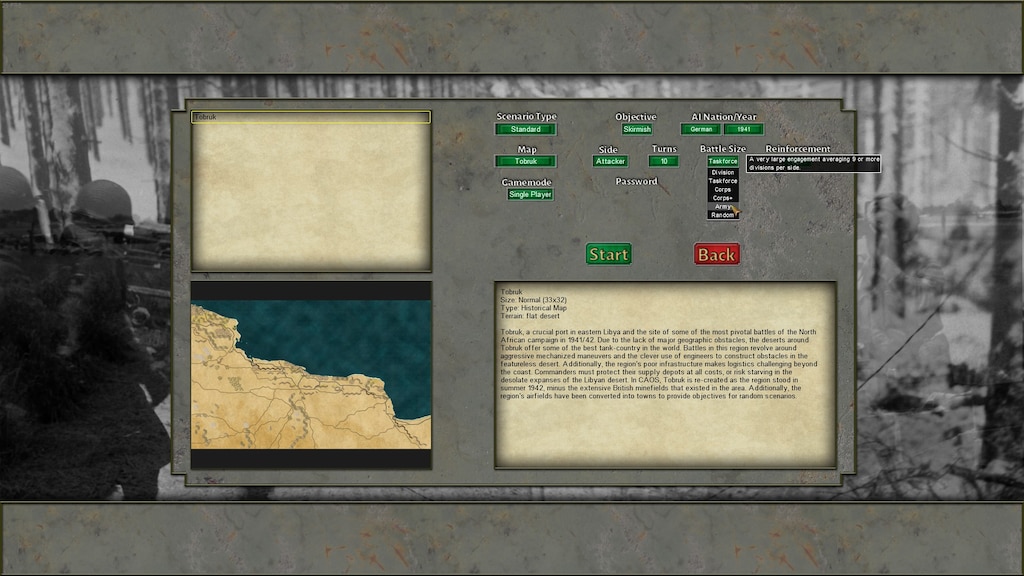 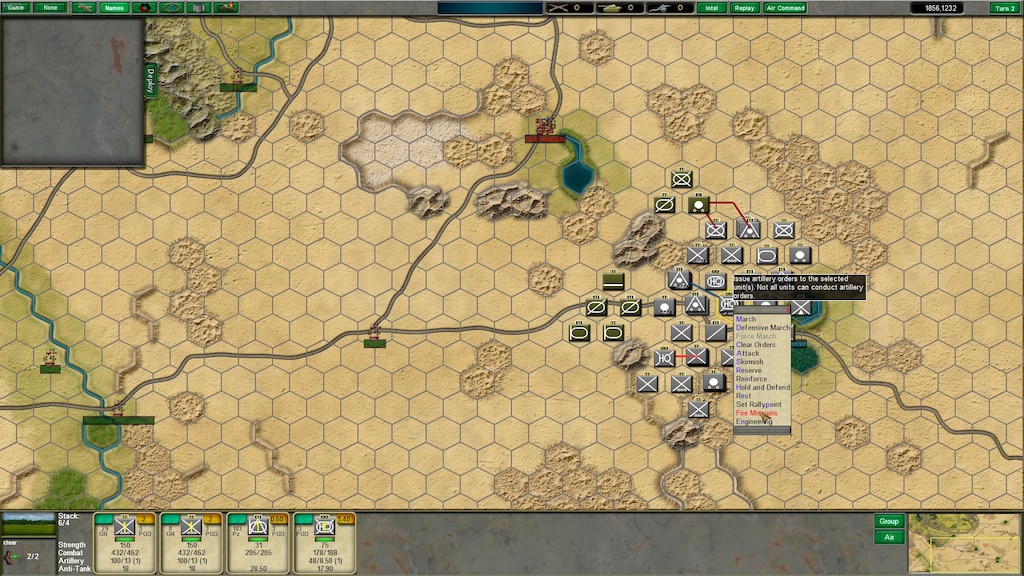 0
0
Avalable actions for units under the player's command.

CAOS Gameplay Guide
This guide explores the mechanics and features of CAOS. It contains much of the same information as the manual, but in a more accessible and interactive form that can be reached through the Steam overlay while in game. 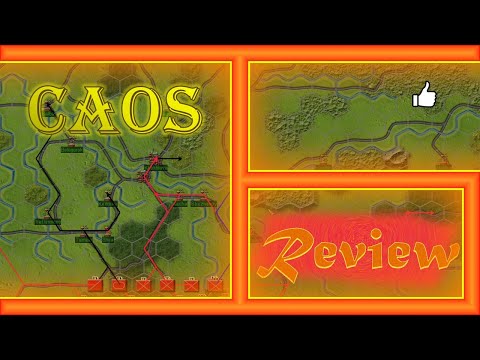 CAOS Modding Guide
This guide is intended to provide an introduction to modding CAOS, explain the data and assets, and provide a basic overview of how to modify your game. 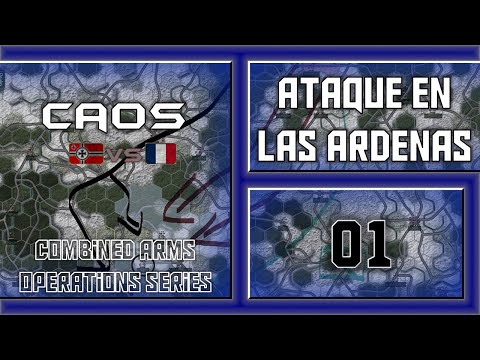 Gameplay Improvements:
Update 1.0.4.1 brings a pair of crucial combat changes developed from experience in the historical Crusader/Gazala scenarios. Overruns have been removed from skirmishes to make the battlefield less inhospitable to small units, particularly recon battalions. The effectiveness of artillery fire support in offensive March and Skirmish combats has also been reduced to reflect the difficulty of coordinating fire support in fluid combat environments using the communication equipment and doctrines of the war.
Fire Support Mobile Combat Reduction Table
Training
Self-Propelled
Towed Artillery
Elite
86%
76%
Crack
84%
74%
Veteran
82%
72%
Experienced
80%
70%
Trained
78%
68%
Recruit
76%
66%
Conscript
74%
64%
Untrained
72%
62%
Interface Improvements:
We’re also including a series of interface improvements following up on player feedback. You can expect to see a few of these in each update moving forward as we work through the backlog of interface suggestions from both ourselves and players.

Holiday Break and CAOS into the New Year:
We’ll be taking the next two weeks off for the holidays to spend time with our families, but after we come back the Operation Husky update will go live on the experimental branch shortly after New Year. The Husky update will launch with the Operation Husky, Operation Brimstone (Sardinia), and Operation Firebrand (Corsica) scenarios. We’re also working on a proper tutorial scenario, although that’s not likely to be ready until later in the month. The previously discussed AI update is also still in the works and will gradually roll out across January.

For now, have a Merry Christmas and a Happy New Year! We’ll see you all again soon!

CAOS
18
4
Units flipping around
First, let me thank you for your latest answers to my remarks! They are very welcome and I hope you can afford the time to really implement the things you like to do. That said I must make a critical remark: Having gone through some more play experience and starting greater settings with corps of 3-4 divisions, I feel there is one more - and so far the most crucial - frustrating point that has evolved for me: If you have more than 3 or 4 units, you exponentially loose track of what the opponent is doing. ...
4

nootherman73
Nov 29, 2022 @ 3:29pm
General Discussions
Manual update needed
First of all: I am impressed with the game and many of it´s concepts. It´s a pitty that many already mistakes, errors or missed concepts concerning the manual have been adressed here months or even years ago and nothing happened. As a hobby game designer myself I know that working on a manual is the least attractive point, but still.. This is also true for some glitches, like green objective names on green ground, that is almost completely unreadable. It shouldn´t be too hard to change that, or am I mi...
4

nootherman73
Nov 12, 2022 @ 3:59am
General Discussions
Operation Husky
Are you going to be putting out any pre release videos for this. to show the new unit counters ?
17

avrbrian
May 15, 2022 @ 1:11am
General Discussions
DAK HQ infinite supply source in Gazala?
Just got the game, trying out the historical Gazala scenario. After a few rounds, the DAK HQ is separated from the supply grid, with a gap of two hexes. However, it is still able to supply the spearhead units, round after round. This contradicts what is stated in the manual, where it is stated that a HQ cannot supply units without being in range of a supply dump or source. Is this a bug? Otherwise, the game looks great so far!...
4