Cloud Strife, an ex-SOLDIER operative, descends on the mako-powered city of Midgar. The world of the timeless classic FINAL FANTASY VII is reborn, using cutting-edge graphics technology, a new battle system and an additional adventure featuring Yuffie Kisaragi.
-29%
$69.99
$49.69
Visit the Store Page
Most popular community and official content for the past week.  (?)
Regarding support for DualSense™ and DUALSHOCK® 4 wireless controllers
Jun 23
This game supports the vibration function on DualSense™ wireless controllers for PlayStation® 5 and DUALSHOCK® 4 wireless controllers for PlayStation® 4.
In order to use this functionality, please deactivate "Steam Input" from the Steam controller settings menu. 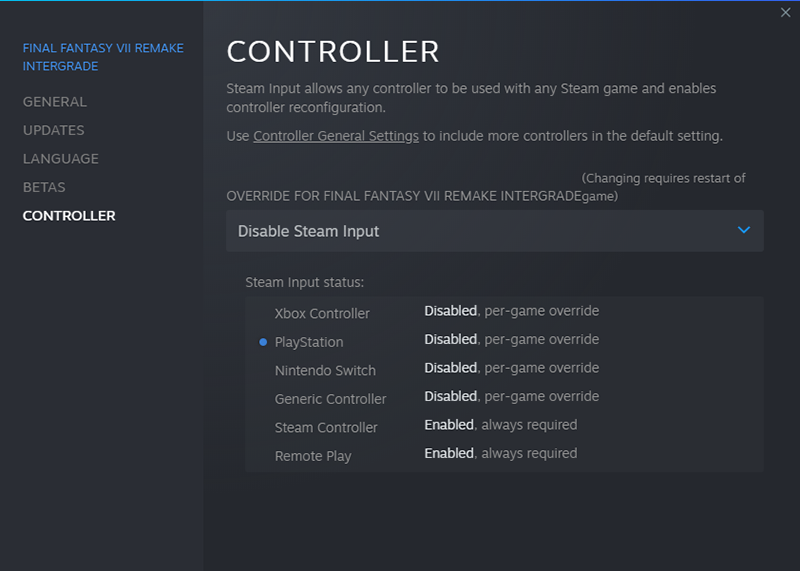 FINAL FANTASY VII REMAKE INTERGRADE
752
108
It is worth it?
I have been thinking around a lot in this game cause brings me back to my childhood. But actually I don't wanna buy it only for the nostalgy...I mean I want a good FF. I'm reading good and bad reviews and makes me even more indecisive.
2

Recommended
9.7 hrs on record
This game is about as well optimized for PC as a cheese grater is for wiping your ass. 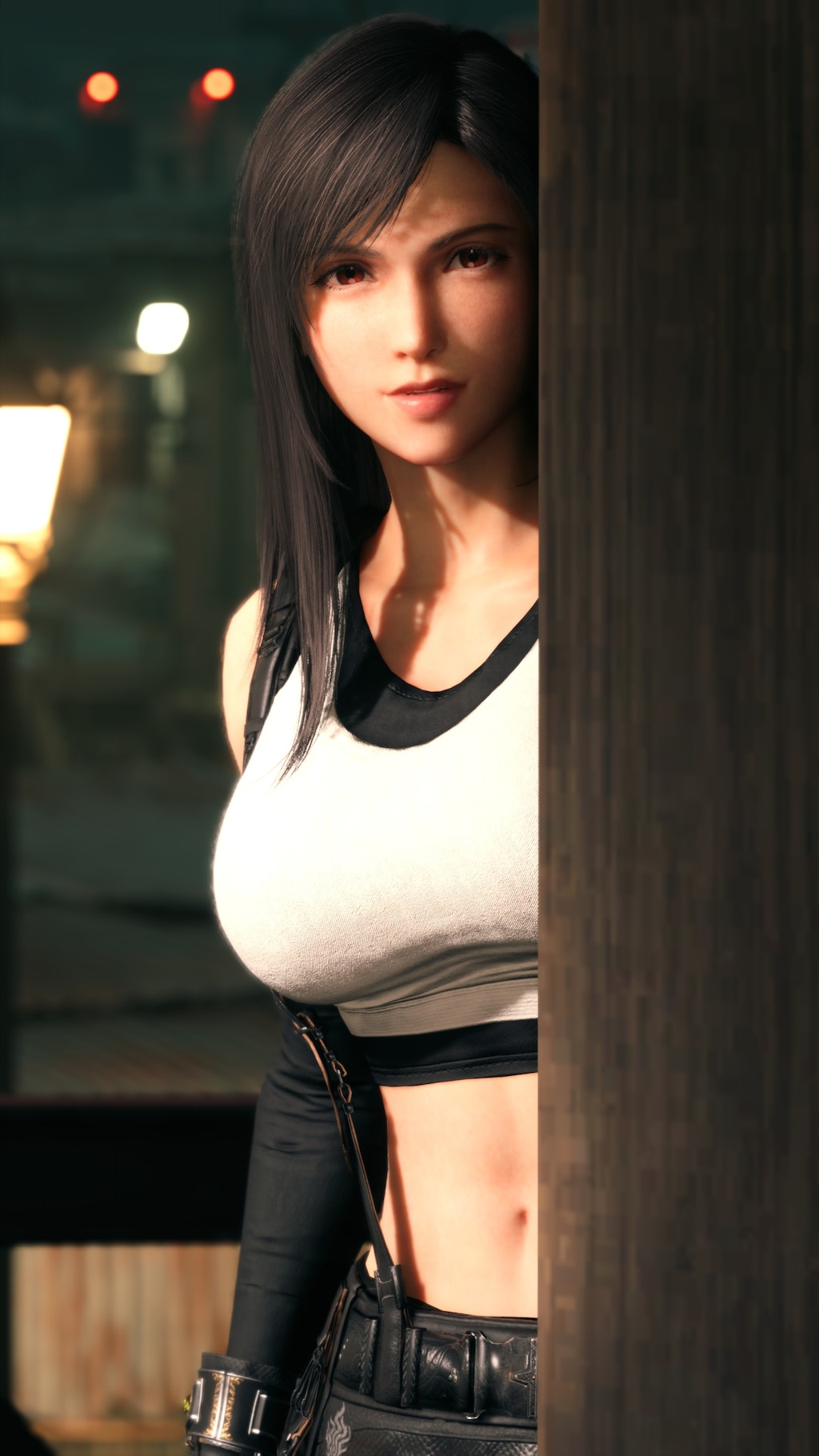 Recommended
47.7 hrs on record
The Performance-Issue plus EGS Exclusivity and anti-consumer behavior really dampen my mood. Please release everywhere, just like Crisis-core (Reunion in Winter 2022) instead of taking the Fortnite Bribe money and release later. this is completely unnessecary and instead of me pirating your game (Because of EGS) I would love to buy it on Steam day 1 because f*ck EGS
This game satisfied my expectations, full stop. I spent 46 hours with this (I didn't even spend the full time with everything they give you because hard-mode gives you replayability + extra stuff to do (More side-quests, after-story stuff etc.)) and if you are a fan, you'll enjoy it! As a game loved by many, they had a tall order to fulfill and everything from character interactions, voice acting, harnessing colloquialisms, music, capturing the charm of the story, it all worked. I'm not getting these "LOL THAT SUCKS" and negative reviews - it's a beautiful game and very worthwhile.

It is heavily story-oriented, leaving me wanting for more gameplay, to be released into the world. The main game had this portion of the story very on rails as well, so the scope of the game was detrimental to this specific entry. That said, they were able to add small elements of freedom, which was very bite-sized and wasn't completely satisfying. Their reuse of all of the areas was creative but again seemed a bit like spreading a little butter over too much bread. The Game is basically how I expected Final Fantasy XIII to be (same linearity but with the same combat and FFXIII would've been amazing!).

That said, the game is remarkably beautiful, fully polished and rang true to a remake. The boss fights were tough (especially if wrong materia equipped), variable and interesting (even though later on the game it feels more of a "boss rush"). There were a lot of ways to build your characters. I found the gameplay very interesting, though there is room to improve. My main gripes with the battle system is that it felt a bit too messy sometimes- I couldn't properly use abilities, spells, items because the actions took too long to animate. It basically took out the element of skill and planning if an enemy can jump across the screen and immediately stop you (f*cking sewer turtles..). I suppose this is supposed to make it more challenging but I found it was often hard to tell when that was going to happen.

I hope the rest of the game is less on rails... I loved the open-world aspect of the original and am very excited to see the next iteration.

TL;DR:
+ Best version so far, if you’re willing to do a few minor tweaks on your own (FF7 Hook to fix stutter, Modding, ReShade etc.)
+ Excellent combat that reimagines FFVII’s ATB system in a modern way. It also caters to those who never want to use a menu with shortcuts.
+ Excellent mod support day one (Thanks to the beta-testing donkeys on epic)
+ Great remastered soundtrack that adds depth to the original.
+ Great retelling of the Midgar Arc with some plot changes that while can be a bit daunting, end up fleshing out the world that much more and leaves us with anticipation for the next part.

- Not everyone will like the changes the story does. Purists will probably hate it (?)
- It has some padding in some sections. Perhaps 5 hours too long.
- dungeons have these slow-downs on the linear path to go under an object etc - some of these animations are completey unnessecary and it could be "faster" while moving out of combat
- Yuffie DLC feels "out of place" since the DLC re-used sector 7 instead of any other one from the 8 (missed potential) and the "carneval" aspect and turtle show feels completely out of place
- Why is the Lightning in this game so ass? Walking around in a house, leaving the house and it feels like the game purposely trying to make me blind. Lightning in this game absolutely sucks
- You’ll want Part 2 right away.

A fantastic remake now available for PC. Includes the DLC and DLC episode. It does have some technical issues but that is so easy to fix that I don’t feel the need to deduct a point from it. There is padding, stretching a 30 Minute section into a 3 hour one is meh, but it’s not really that bad when the rest of the game is this fantastic. I highly recommend it. It’s not perfect but it is a remake that was made with passion for the original game and it shows. If you already own the PS5 version, you can skip it BUT if you've never played it or lack a PS5 and don't mind a few tweaks, it's worth it.

If you have never played FF7 and don't want to spend that much money as a "first timer" and can ignore old-style graphics - check out the original:

Costs only 6,49€ and you can check the story from the original without spending that much on the Remake and check for yourself why so many people loved FF7 in their childhood - just like me ♥

Saibot
3,043 products in account
0
This game is so disappointing
Bought this on Epic games. I am incredibly disappointed. I loved the original growing up, the story the gameplay. and i know this game is not a remaster, but a full remake and separate game entirely. But seriously squaresoft took how long to make this? and they did such a terrible job, they changed the story, and the gameplay. but thats not even the problem, the problem is they did such a half ass job making this game, since release they have fixed a lot of the resolution issues, but everything else in th...
22

* This game is a remake of FINAL FANTASY VII, first released in 1997.
The first title in a multi-part series, it is based on the story from the original game, up to the escape from Midgar, adding in new elements. 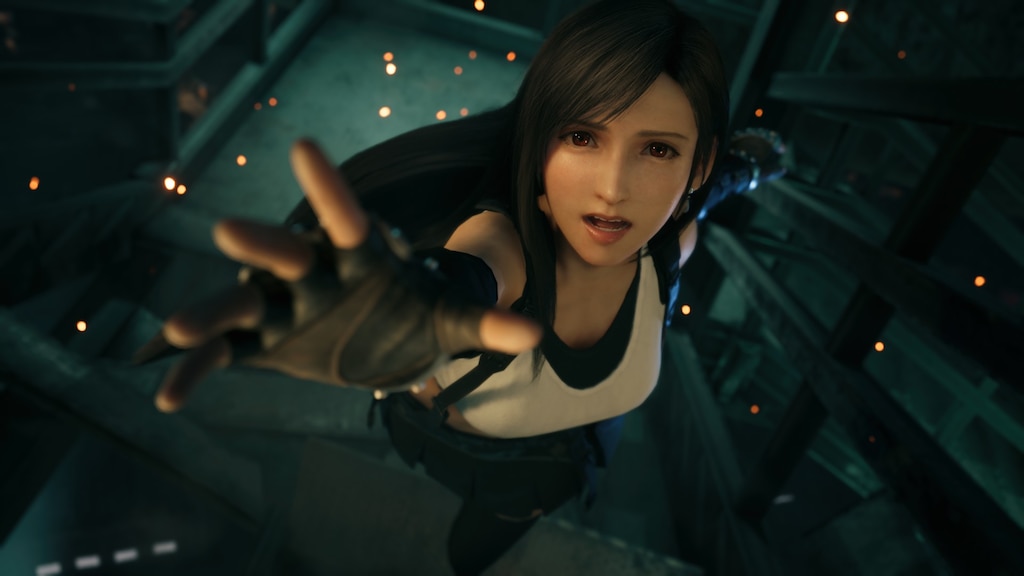 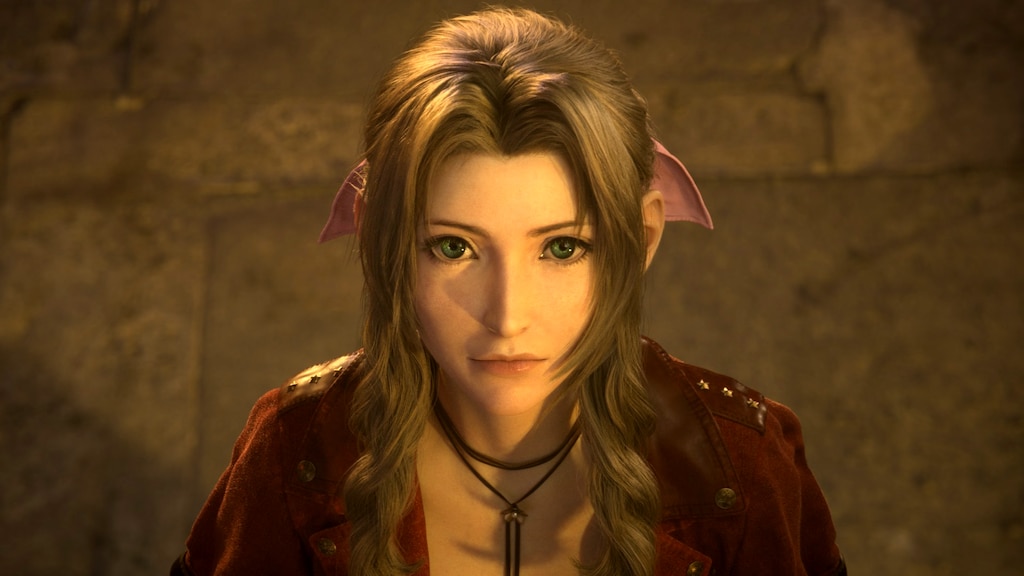 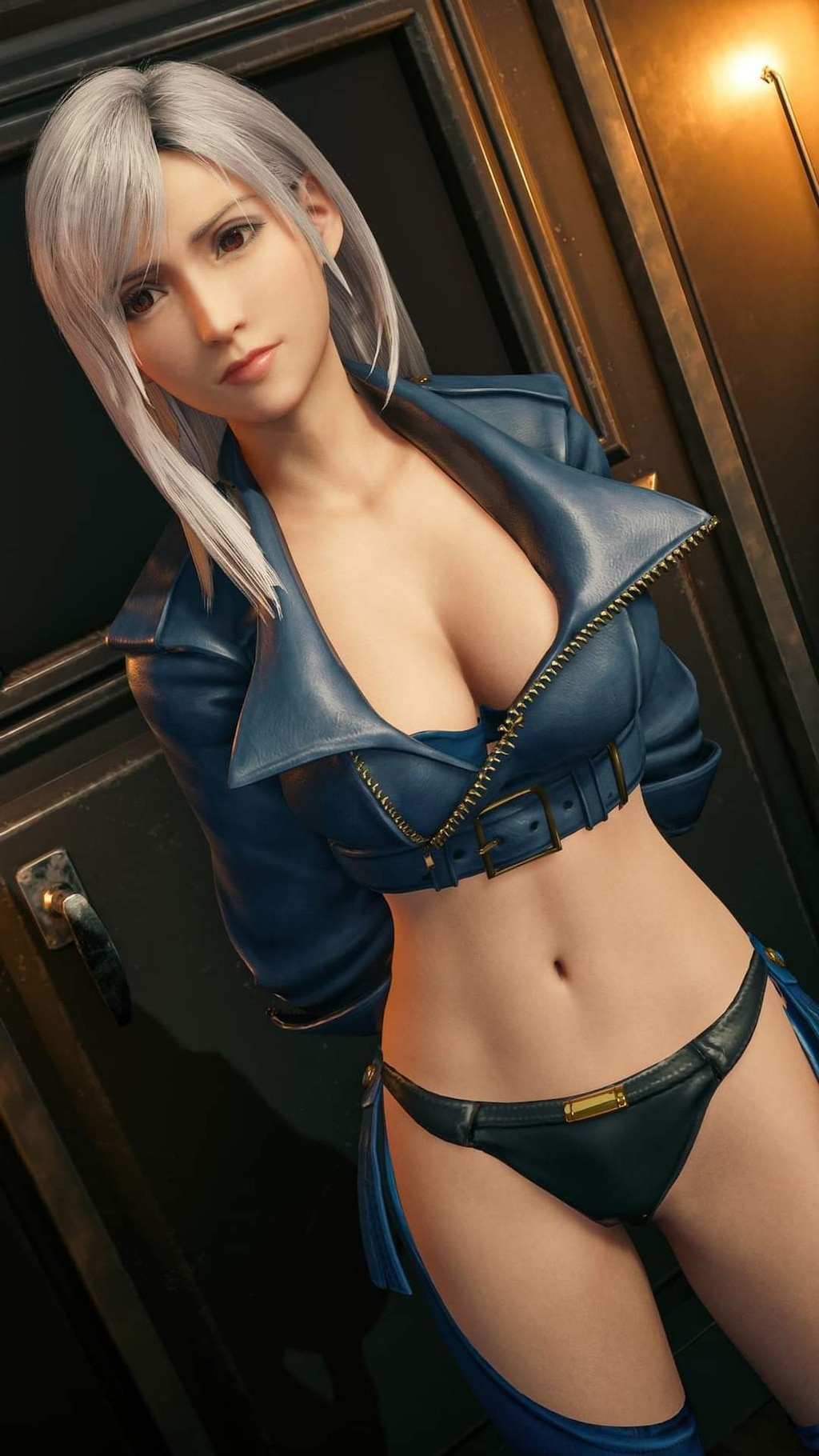 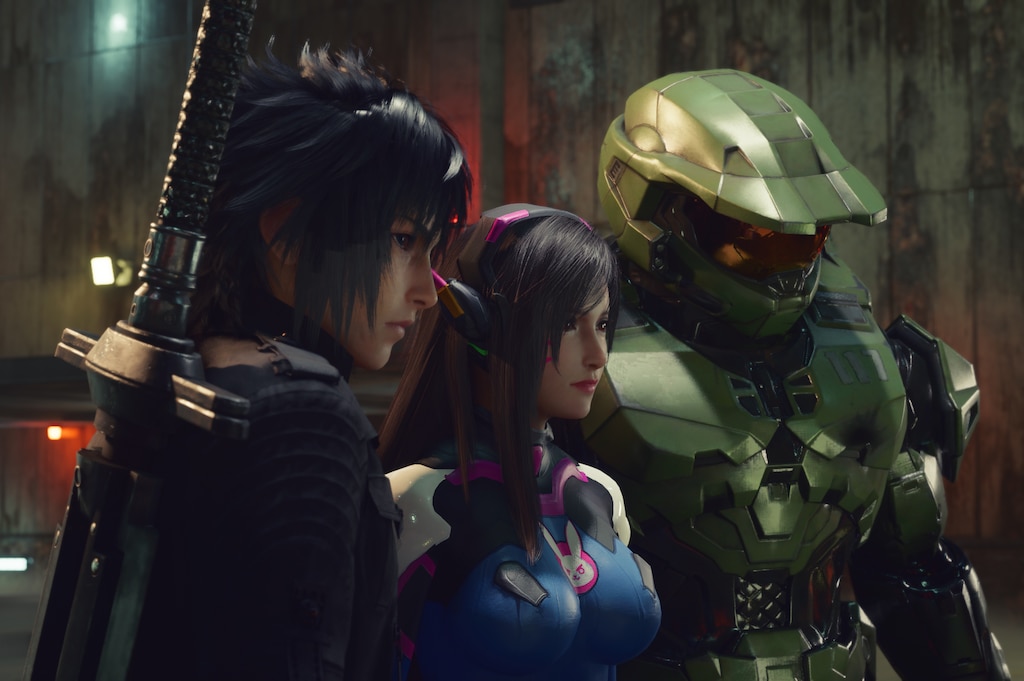 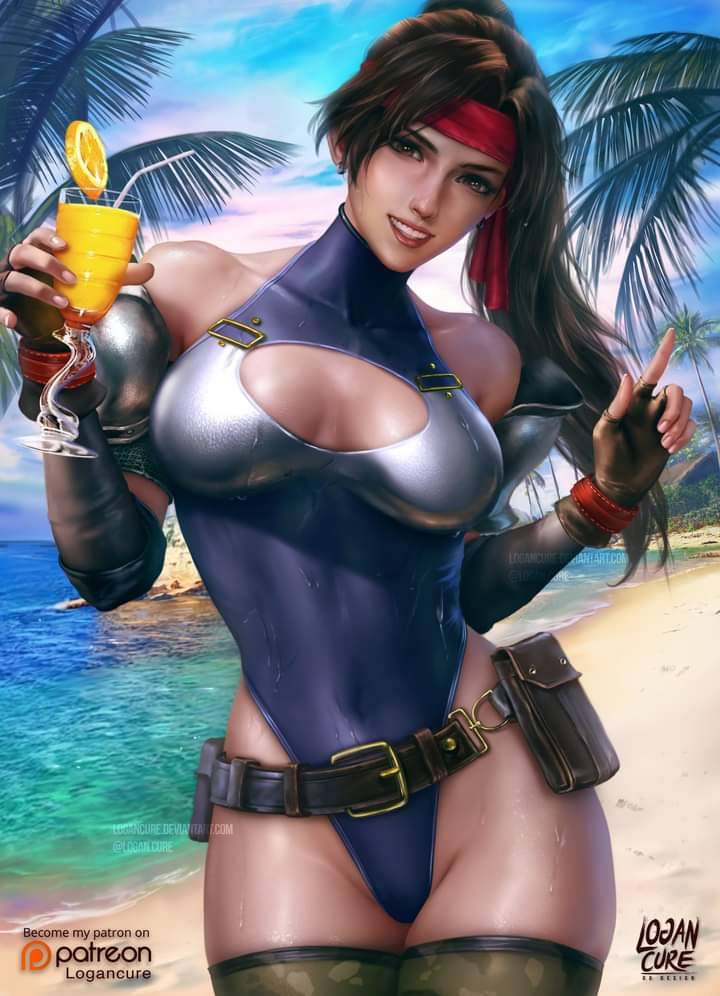 Corn Pop 11 Bang-Bang
View artwork
So how long will Rebirth be?
It has to have a lot of more hours than Remake if its the second part of three. Does that mean there will be less new content?
69 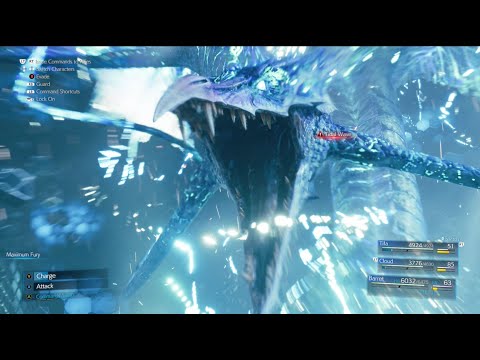 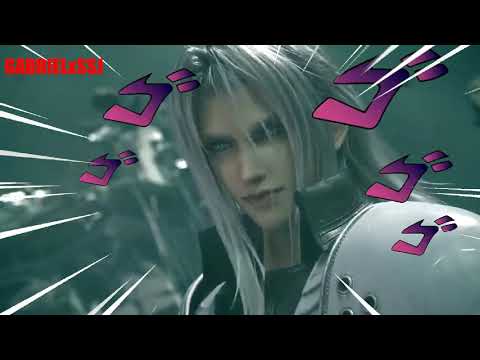 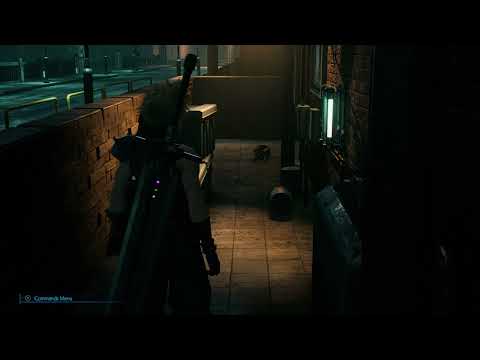 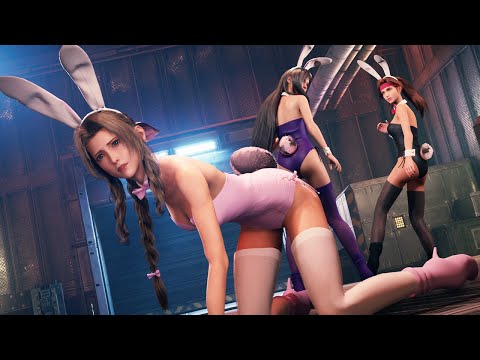 Achievment: "Game, Set, Match" Fort Condor RTS game basics (Yuffie DLC)
After meeting with the "members of Avalanche" you will talk to Polk who will introduce you to the game "Fort Condor" which is a table top RTS (real time strategy) game you can challenge people around Midgar. Polk will set you up with the starter pack cont... 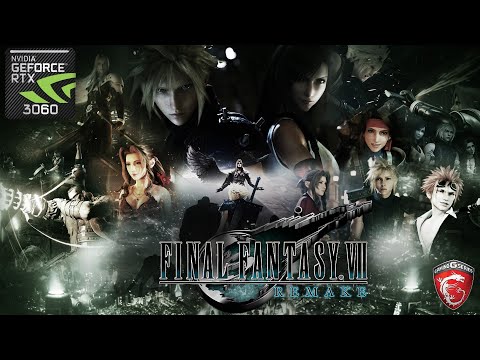 Achievment: "Turtle-tastic" The Happy Turtle Flyer Locations (Yuffie DLC)
After Yuffie meets Avalanche and talks with Nayo twice, she'll mention "The Happy Turtle" and that there is a fellow Wutai native living in Sector 7. After you leave you'll see a guy dressed as a turtle, dancing with a sign. When you talk to him he'll me...

Rusty Shackleford
View all guides
Which version of events should I play first? Prime/Classic or RE?
I honestly didn't have plans to buy Final Fantasy VII in both its Classic and Remake forms , but then something happened. Crisis Core happened. Crisis Core Reunion: Final Fantasy VII is a PSP game, upscaled, remastered, re-voiced, re-balanced and ported to PC and PS5. Upon this announcement, as someone who is always happy to see old games return in one form or another, I just had to buy Cloud's story in preparation. However, I decided to buy both versions for a simple reason: Around a certain point in Rem...
8

docbell1516
1 hour ago
General Discussions
I have no sound??
I literally just downloaded the game yesterday, Ive booted it up, and I have no sound at all? What can I do to fix this?
6