ABYSS OF THE SACRIFICE

Five girls meet in an isolated underground city. As they slay and betray each other, what fate awaits them at the end of their journey? Hope? Or despair? Enjoy an immersive story, fully voiced and boasting multiple endings!
$39.99
Visit the Store Page
Most popular community and official content for the past week.  (?)
霊：Ghost にて
終了条件の「４が開いてる間に探索する」が何故か閉まったままの判定になっているのですが、バグなのでしょうか？マウスでのプレイをしています。 情報お待ちしています。
7

desiccater
Dec 17, 2020 @ 7:03am
General Discussions
Difficulty
Has anyone played it yet (or the original PSP version?) The articles all mention "high difficulty" for the escape sections. I hate adventure game logic that takes a guide to figure out- is that the case here?
6

pipindor666
Jul 18 @ 2:08pm
General Discussions
Missable chapters?
I’ve been going through each character’s storyline before moving to the next, but when I got to Contagion a bunch of the previous chapters became grayed out. Will I get a chance to do these later, or am I locked out of those chapters now? I’d have liked to see each character’s story in order....
4

Here's The Thing:
An unlikely group of girls encounter one another under strange circumstances. They attempt to work together in finding out what happened to Foundation; the underground city they call home! Soon camaraderie gets fostered but so do the flaring of tempers and imploding of disagreements. Finally, truths slowly get revealed~

[+] PROS;
:) IN TIME IT’ll CLICK… OR RATHER, YOU~
Two quintessential modes; first is the visual novel bit without any firm “choices” but in actuality it takes place in the background, in the sequence of character/level you play first. Some will incur deaths; taking particular character(s) out of the running- thereby locking out whole routes and endings.

The other is the exploration-puzzle phase. To which you cannot deny- the amount of creativity that went into ideating them! The variety is mind-boggling, to put it mildly. Finding and cracking codes, deciphering alphabets, solving equation, minesweeper… turn-based combat! But the ones I most excel at are the adventurous, escape room scenarios. And nothing quite beats the feeling of accidentally arriving at the solutions!

Playtime can effortlessly stretch to 30-35 hours given that each stage is about 45 minutes to 1 hour! Even with the gracious hint system, I bashed my own brains in a lot and had to look up several walkthroughs… Point is, you’re set for content~

TIPS:
1) Incessantly clicking away got me out of tight spots several times!


:) COMING AT IT FROM ANOTHER ANGLE!
The city comes off very artificial, almost as if in a petri dish! The multitude of CG backgrounds have both animated and static touches to give you extra depth of being there in 1st-person! That and I loved the breaking down of the 360 perspectives into little segments to carefully root out objects tucked away!

The interface tones are pleasantly pitched and fantasy RPG-like. But the soundtrack seems to propagate doubt, calling me names and tempting me to cheat. I’m also positive I’ve committed the soundtrack into memory after being stuck with them for so long… Staring ceaselessly into that abyss of dead-ends and calling into question my whole intelligence~


:) DON’T JUDGE A BROAD BY HER COVER…
The ladies are made up of a diverse set of personalities; some you’d rapport with right away, others you want to throw against a brick wall or just meh. But it is a healthy mix of dominance, dysfunction and meekness. My favorite would have to be Olga; the bespectacled logical goddess and self-appointed leader.

The lack of gratuitous fan service, especially with a female-led cast was an unexpected sight allowing more focus towards them as genuine people with emotional baggage rather than their… assets. They aren’t perfect by any means but each character actually has likable traits to root for and their backstory arcs very much fleshed out~
https://steamcommunity.com/sharedfiles/filedetails/?id=2632065137


:) SCRATCHING ONLY THE SURFACE?
Plot-wise, it’s a little iffy starting out but the more you get to know these women, by managing to overcome the puzzles available in their respective levels, it becomes so much better! I was invested in these characters and like I said, it’s not often that you build meaningful bonds with a roster such as this which typically drop dead every few scenes.

The story, one giant conspiracy is probably one of its greatest strengths managing to be both dramatic but also not blown too out of proportions. But it’s the chemistry, history that did it for me! The way character connections and clues are interwoven with one another. How pivotal moments are referenced time and time again that they become embedded. Terrific voice performances too, even a few familiar actors from the Corpse Party series, which is always a treat!

[-] CONS;
:( PUSHING BUTTONS…!
I was not big on the inventory design of which cycling through, combining and examining items take a long time! I would very much have preferred a middle mouse scrolling option. Sometimes picking up the same item, because you misplaced them or used them incorrectly- gets treated like you just interacted with them for the first time and you have to sit through the message.

The contextual actions that pop up and choosing to manually do something or go to another area are erratic. At times, appearing even before your knowledge to do so or without even realizing you were supposed to touch that item to move it. Which could be the reason why you got stuck at certain levels. And my god, the cursor- where you have to press at the exact spot to trigger taking a closer look and you would think nothing of it since it is so easy to miss it the first time~


:( OUT-OF-LINE TIMELINE?
The timeline flow doesn’t make much sense in your head or mine! You start off thinking, okay these events are concurrent with each other but really, they come off as alternate dimensions and Back to The Future reasoning take over…

I also found it obscure these characters didn’t panic early on, mourn or show grief when one of them passes. Like nothing happened; not placing much significance as to their presence/absence and some stages become so disjointed as a result. Lastly, there’s a spoonful too many flashbacks and zoning out for my liking~


:( WHAT IS THE BRAIN MATTER WITH-
Not so much the difficulty, although partly that too… but rather the design of the puzzles! Which 60%-70% of them either did not belong or shouldn’t have even existed because it gets truly ridiculous. In Zero Escape or Danganronpa, there’s a perpetrator behind those twisted games. But here it’s an actual city so who’s the genius planner who built all of those!?

As someone who just wished to advance the lore- and with there being no flexibility to skip puzzles altogether. Both my investment in the story, number of intact brain cells got less and less to the point where I was on the verge of a breakdown. Don’t misunderstand, it was a crash of dopamine, for say when I accidentally fiddled with something and it became a stroke of genius. But the puzzles really don’t add anything besides being time wasters~

NITPICKS:
~ When replaying levels; choosing to skip dialogue or puzzles is too slow! Which makes getting to other endings a pain.
~ Character names are not displayed during speech so you always have to pick up on who’s speaking.
~ English is crazy awesome but there’s 1-2% of odd phrasing!
~ Music transitioned so abruptly that it gave me bipolar disorder.
~ I feel there should be more hints as to how the chapter progression and how the sealing of fates work…
~ Inconsistent hints that go from showing whole diagrams in answers to just partial “oops, not my problem”!

If you like the Zero Escape series but want way more challenge in coming up with conclusions & riddle solutions. If you love a bunch of ladies manipulating and bickering such as how Corpse Party or Danganronpa did it, you’re in luck. Be advised, some outcomes may be too depressing~

7 / 10
Shoutout to Reviewers' Paradise for the key! Pardon the mega overdue from me 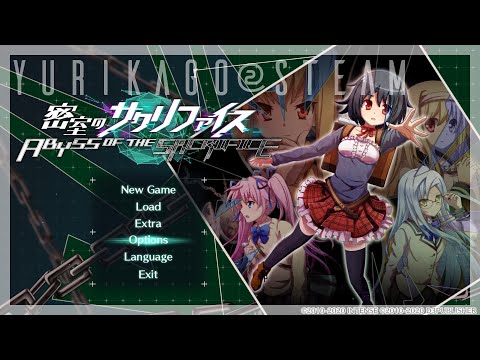 YURIKAGO
View videos
3d minesweeper is the worst
that's all.
4

[ENG] 100% Achievement guide
An english spoiler free Achievement guide version. It won't cover the invidual walkthroughs of the story segments. I got fed up with google translating "outdated" guides so I decided to keep it "up-to-date" with this one by gathering answers from a few ... 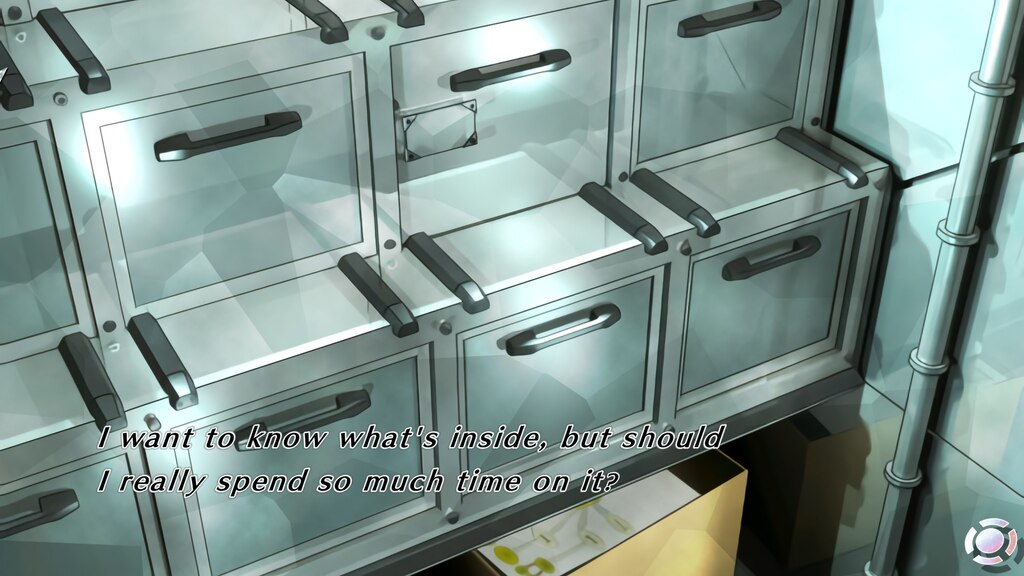 0
0
Me playing this game and at my wits end every few minutes... But the answer is yes! It will be worth it~ 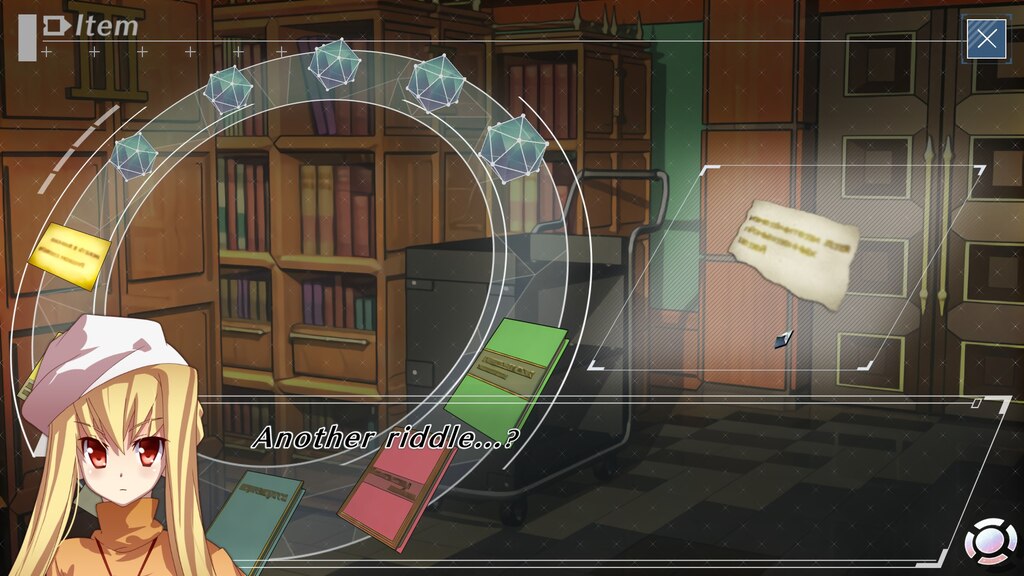 0
0
Can we stop with the guess "what the audience" will feel at this point!? UNCANNY- seriously though cut it out~ 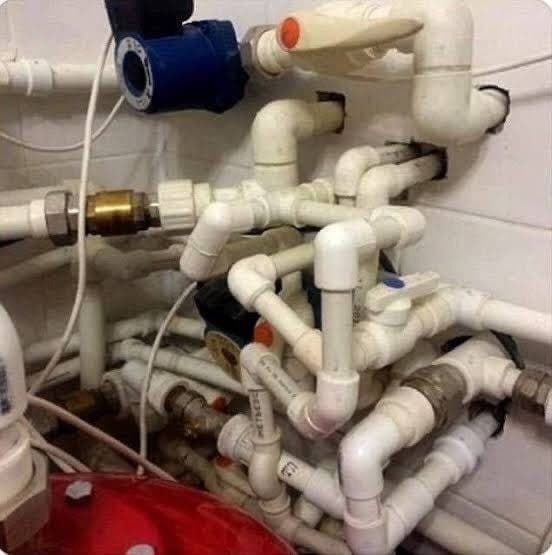 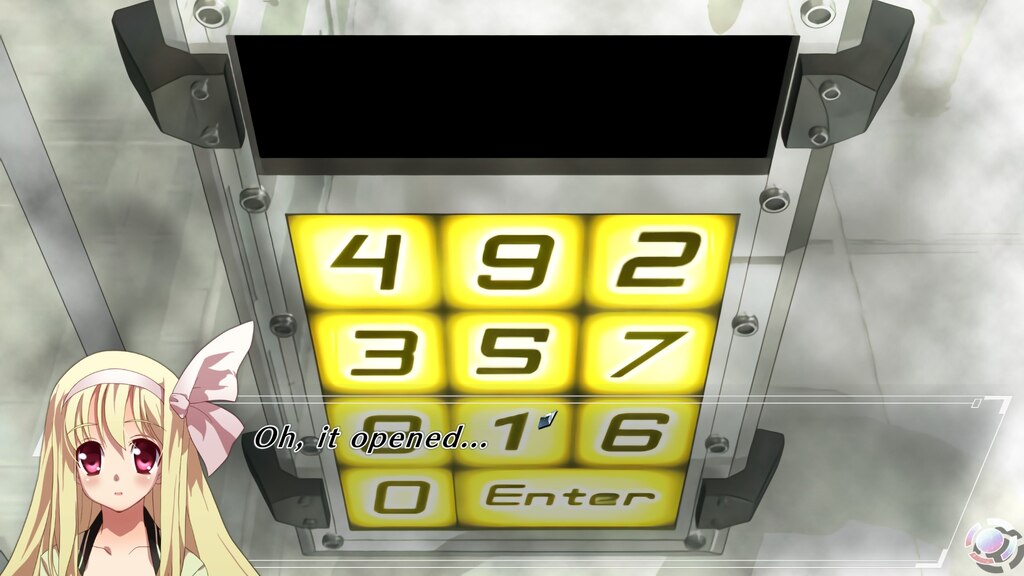 0
0
Me claiming I'm a genius. But also me... after meticulously working out the "solution". Oh well, I'm through~ 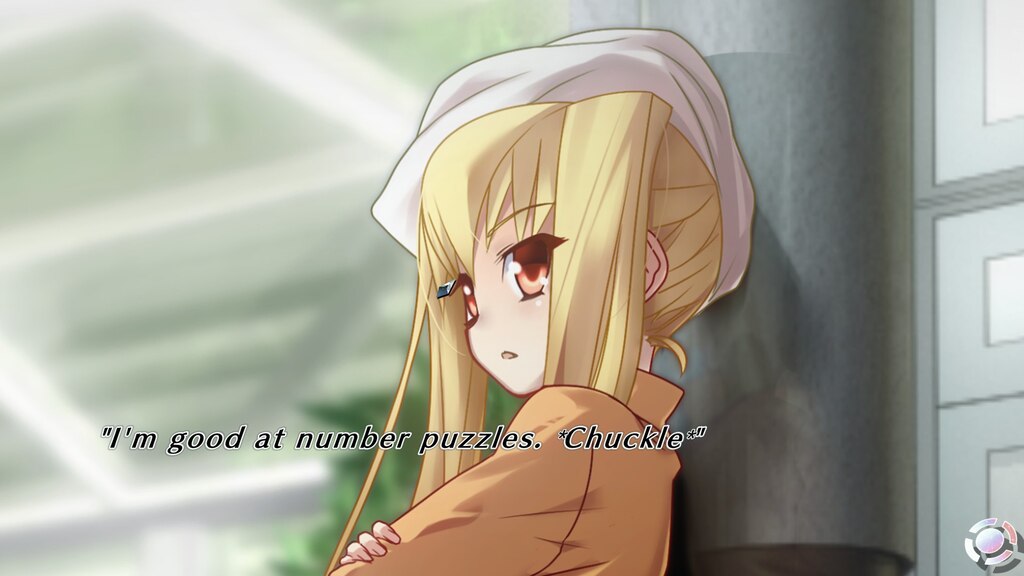 0
0
-And I took that personally... Famous last words much? 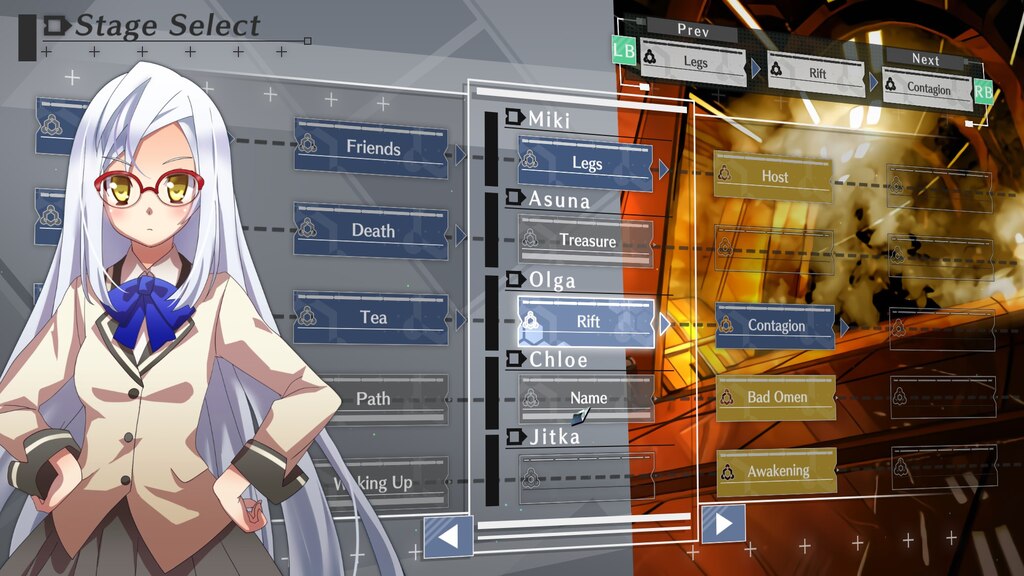 0
0
30+ levels full of challenging, unique puzzles! Choose your character wisely and don't forget to save~