Jump into the free-to-play team-based shooter with an ever-expanding roster of historical vehicles, stunning graphics, spectacular locales, and orchestral scores. Battle it out in the company of other players in thrilling military conflicts. A unique mix of strategy and action awaits!
Visit the Store Page
Most popular community and official content for the past week.  (?)
Steam Points Shop: Customize Your Steam Profile with World of Tanks Content!
Jan 13
Commanders!

As our game continues its journey on Steam, we’ve been adding various Steam features for you to enjoy. This time we’re happy to present new content for the World of Tanks Steam Points Shop: animated avatars, avatar frames, and profile backgrounds to make your Steam profile look like that of a true tanker!

If you’re unfamiliar with the Steam Points mechanics, don’t worry. We’ll give you a quick overview of this feature.

You can get Steam Points in two ways:
You can spend Steam Points in the following ways:
Also, keep in mind that Steam Points don’t expire, and the Points Shop is always available for you to visit and grab something that caught your eye. If you still have questions and need more details, you can check this page for more information.

All in all, the Points Shop is a great feature that allows you to customize your Steam profile as you like and enjoy special-themed content connected with your favorite game. And that’s why we’re excited to tell you that World of Tanks now also has its own items in the Points Shop, with 3 profile backgrounds, 3 avatar frames, and 4 avatars (all of which are animated!). These items will help you decorate your profile in true tanker fashion. Here are a few examples of how this might look:

Of course, those are merely suggestions. You’re free to mix them up however you like. Our Art Team has done an excellent job in delivering these beautiful elements, so they’ll look cool on your profile no matter how you combine them. Feel free to experiment and share your results in the comments!

You can find the “Points Shop” button right next to the “Community Hub” button on the main page of the game in your Library.

Check out these great items, customize your Steam profile, and roll out!

World of Tanks
133
16
Camping is an Exploit
I realized this years ago, but only recently figured out how to put it into words: Camping is an exploit. It works something like this: Find a hill in the back of the map. Stay in that position no matter what. For best results, choose a vehicle with absurdly high concealment and view distance. It's that simple. This exploit will consistently earn you more xp/credits than any other strategy. Why? Because the game has never balanced this. Let's say you're like me. A team-oriented...
19

Season 8 of the Referral Program is drawing to a close, so hurry up and take advantage of your free slots for Recruits if you haven’t used them yet!

Season 8 of the Referral Program ends on January 26, 2022 and starting with Season 9, which launches on the same day, new pools of Premium vehicles will be available for Commanders and their Recruits. We also reworked the Recruit progression in the Referral Campaign, rebalanced solo mission #2, and improved several interfaces. We’re making these changes to make it harder to abuse the system while still keeping it interesting for legitimate Recruits and Commanders. Let’s dig into the details!

Reward Pool for Commanders and Recruits
Starting with Season 9, there will be a fixed roster of five Premium tanks for Commanders and five for Recruits. You can redeem any vehicle of your choice from those available. These vehicle pools below will remain unchanged for future Seasons of the Referral Program.

As always, you can choose to be compensated for the value of the tanks in credits instead. 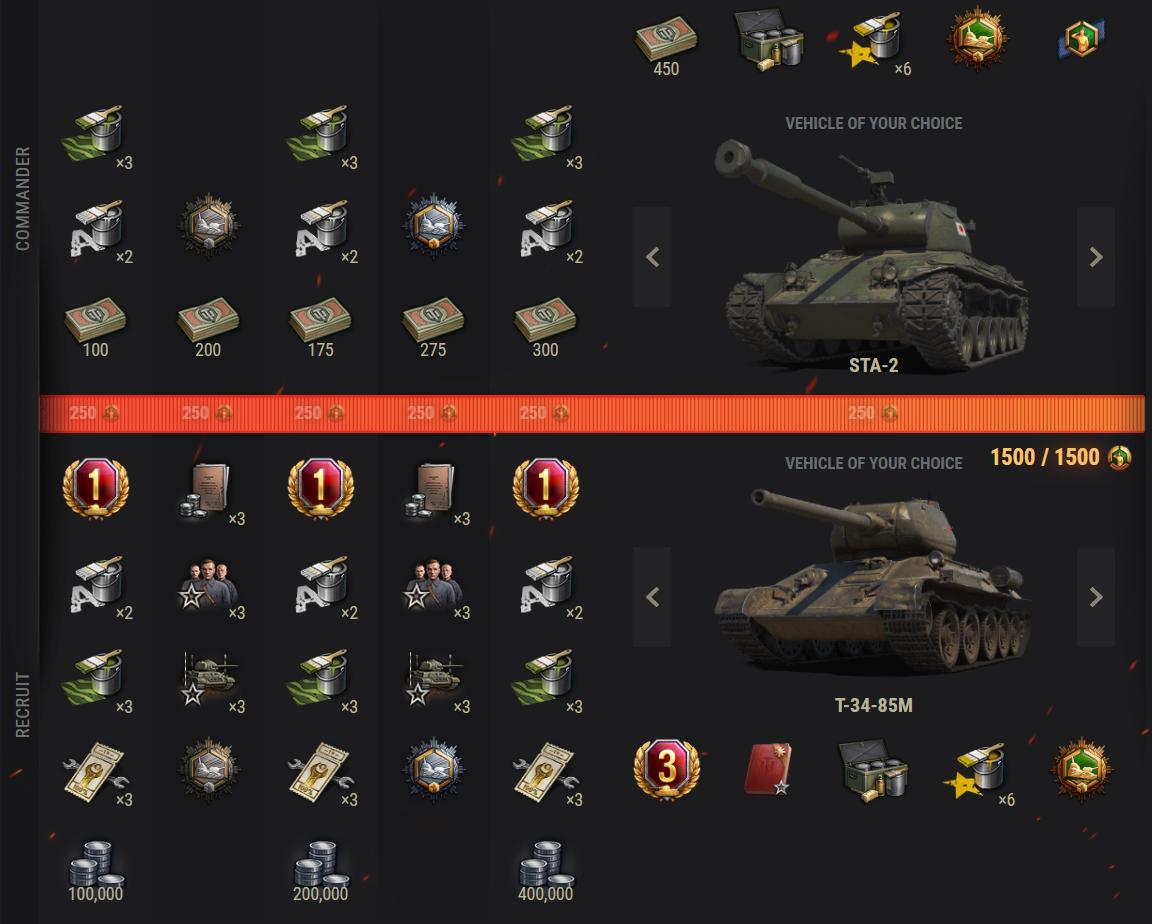 Recruit Progression Rework
We also reworked the Recruit progression system. To earn Referral Points and complete the Referral Campaign, Recruits need to play in vehicles of certain tiers at each stage. The further you progress in the Campaign, the higher the required vehicle tier.

You can check which vehicle tiers can be used to complete each stage on the Recruit and Commander progression screens.

At the end of Season 8, all your open Referral Contracts will be automatically transferred to Season 9, and your progress will be saved.
Changes to Combat Bonuses
Regardless of whether the Recruit plays alone or in a Platoon with their Commander, the Recruit will receive a bonus to credits and XP at the end of the battle only if they play in a vehicle of a tier that matches the current referral stage. The bonuses the Recruit will receive are as follows:

Together with the Recruit progression rework, these changes will deter those who seek to abuse the Referral Program, while also rewarding responsible Commanders.

Mission Rebalancing and Interface Improvements
We also rebalanced the conditions of solo mission #2:

The reward for completing this mission remains the same.

We also improved several interfaces to make them more informative. For example, you can now check your progress in the Referral Campaign and find out how many Referral Points from the daily limit you can still earn.

Using Rental Vehicles
From Season 9 onwards, Recruits won’t be able to earn Referral Points or receive all the bonuses the Referral Program offers when playing in rental vehicles.

Head into battle with your Recruits and earn Premium vehicles and other rewards, Commanders!

World of Tanks
114
5
Under the Hammer!
Jan 10
Place your bids, Commanders!

From January 14–19, you will have a chance to receive very rare vehicles for gold or Free Experience. For this, you’ll need to make a bid at a special auction and win.

Over a period of five days, the auction will sell several exclusive vehicles—and they can all be yours!

Item of the Day 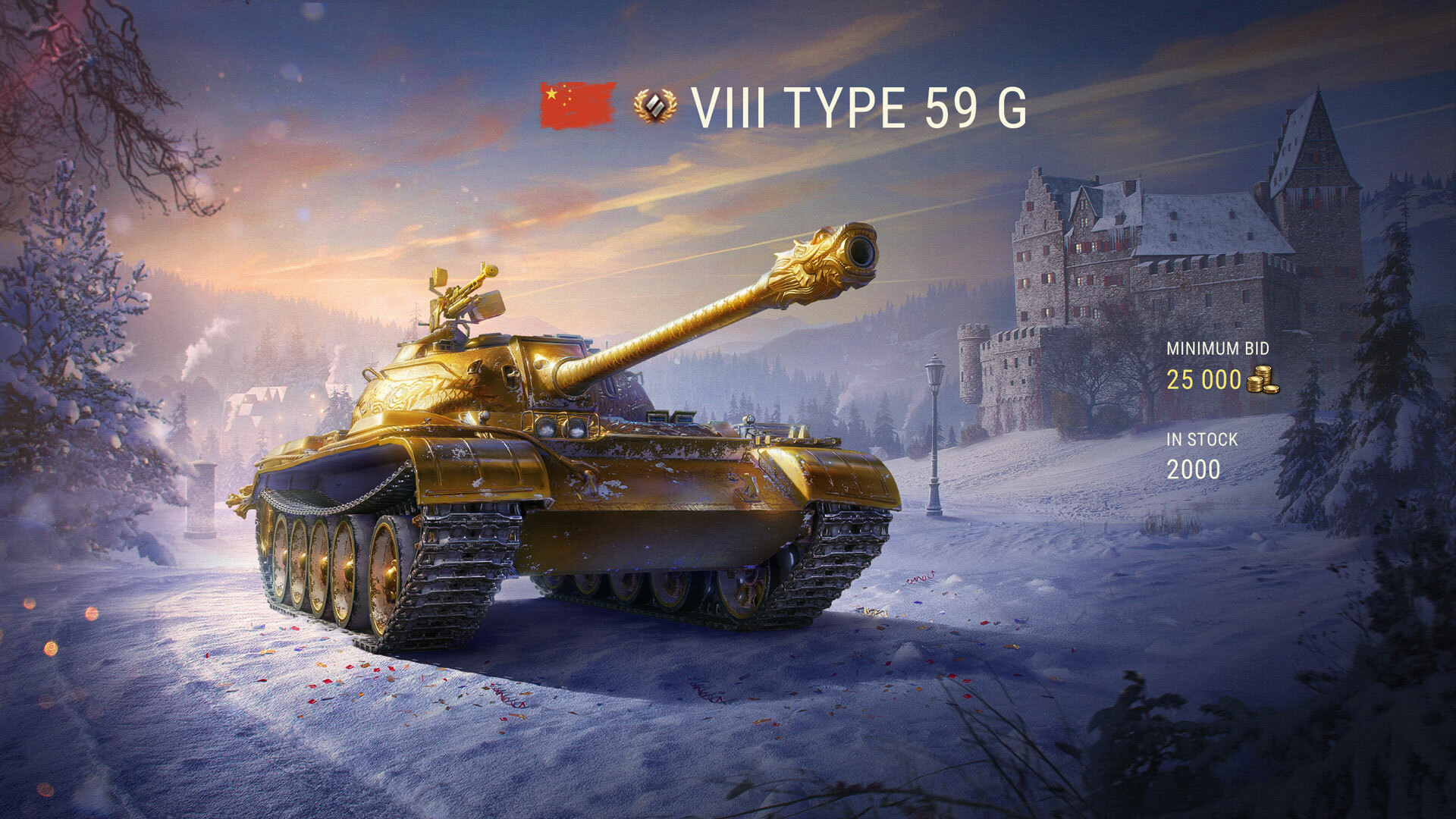 The Type 59 G, a Tier VIII Chinese medium tank. At first glance, it looks good. But upon closer inspection, you can see that a serious brute has entered the battle. This is the legendary Type in gold, suitable both for earning credits and for photo shoots! A cherished trophy for collectors.

[expand type=details]
How It Works
1. From January 14 through January 19, visit the new Under the Hammer! section in the in-game Store, or take a look at the pop-up in the lower-right corner in the Garage. 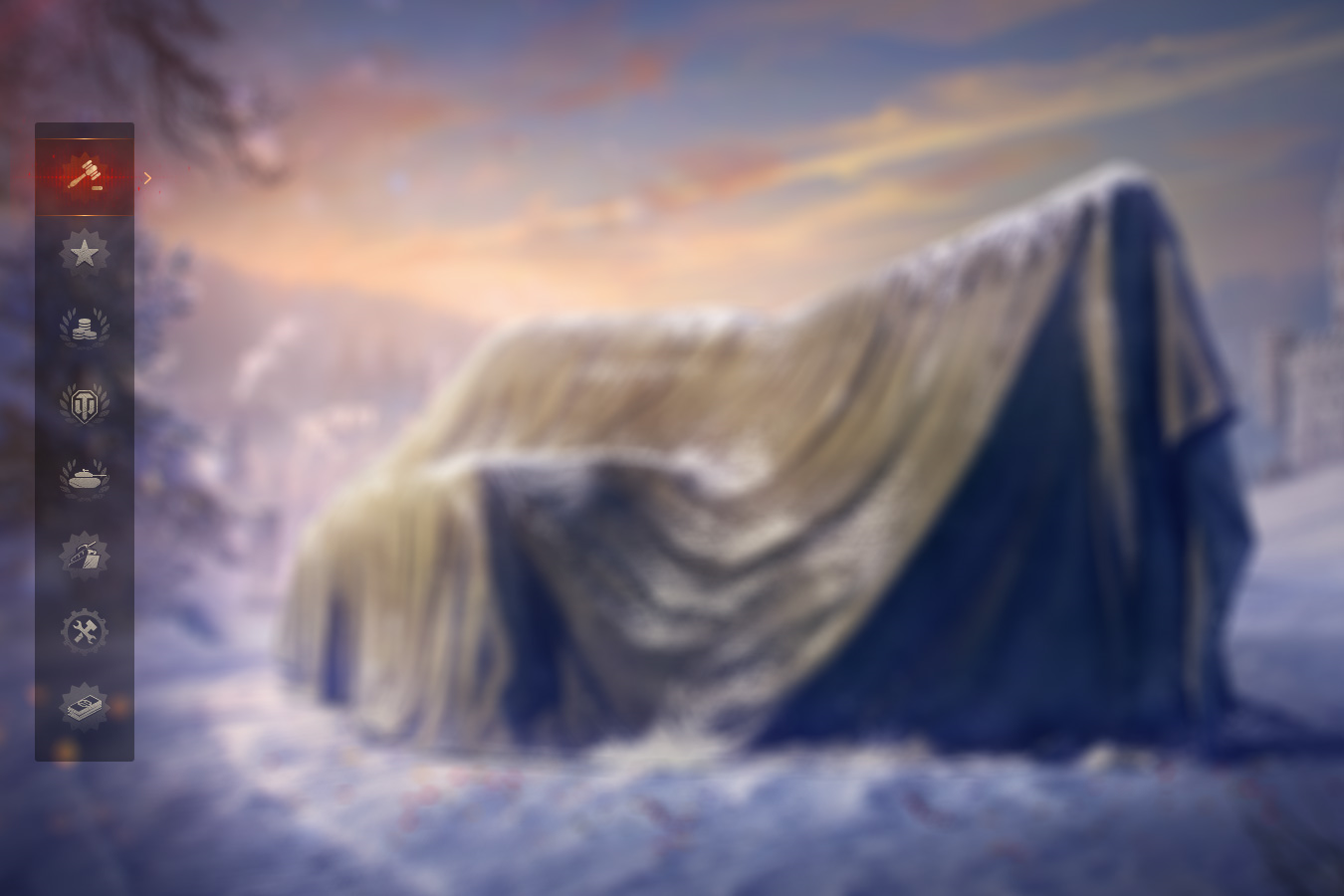 2. Every day at 10:00 CET, a new lot will be displayed there. You will see how many items are available, as well as the lot's starting price in gold or Free Experience.
Remember: If the cost is specified in gold, Free Experience is not accepted, and vice versa.

3. Make a bid that you are ready to pay. This amount will be deducted from your account.

The competitive bid is dynamic and is updated every 10 minutes. The last update is 10 minutes before the end of the auction. Along with the competitive bid, you will also see the total number of participants applying for the vehicle.

5. Bids are accepted until 06:00 CET of the next day after the announcement of the lot. Until that time, you can change your bid as many times as you like—you can even cancel it. If you cancel a bid, the gold/XP will be returned to your account. Bids will be returned and lots will be credited to the auction winners within four hours after the end of accepting bids.

EXAMPLE
If the auction participants made 1,000 identical winning bids and only 300 vehicles are available, the earliest 300 bids will win.

8. Vehicles won in the auction are non-refundable.[/expand]


Place your bids and get rare vehicles, Commanders!

Recommended
11.9 hrs on record
I still don't have a boyfriend and am severely depressed, but at least I'm above average at this game.

MerleDixon
Jan 16 @ 6:04pm
General Discussions
WG plz explain Tornvagn to me
I thought the days of bad premiums were gone being a new 2022 tank right and seemed pleased with my luck as it dropped on box 5. Well heres my thoughts on it and feedback. And Quickybaby Skilllt4u all said this is a bad tank. The main thing is the mobility. I understand first of all WG being scared of the hulldown potential. But the drop off ammo pentration, The horrible DPM and reload,The horrific 0.40 dispersion and the speed all make the tank very flawed and i forgot to mention the snapshot dispersion...
5

Recommended
26.9 hrs on record
Tank go boom when me hit tank with metal explodey shell. Me like.

Helohel
View all guides
help this prbloms
Hello this is world of tank user from korea Im not sure about my question to ask to this here or not If it is not, please give me right way to ask about my question Did you know account from steam to play world of tanks has problem in korea? Steam user from korea cannot change nickname ,make clan and use wargaming gift code Before i asked here i sent to wargaming korea agent they said there is no way to change my nickname from steam account user because of korean laws please solve this problem with korea...
4 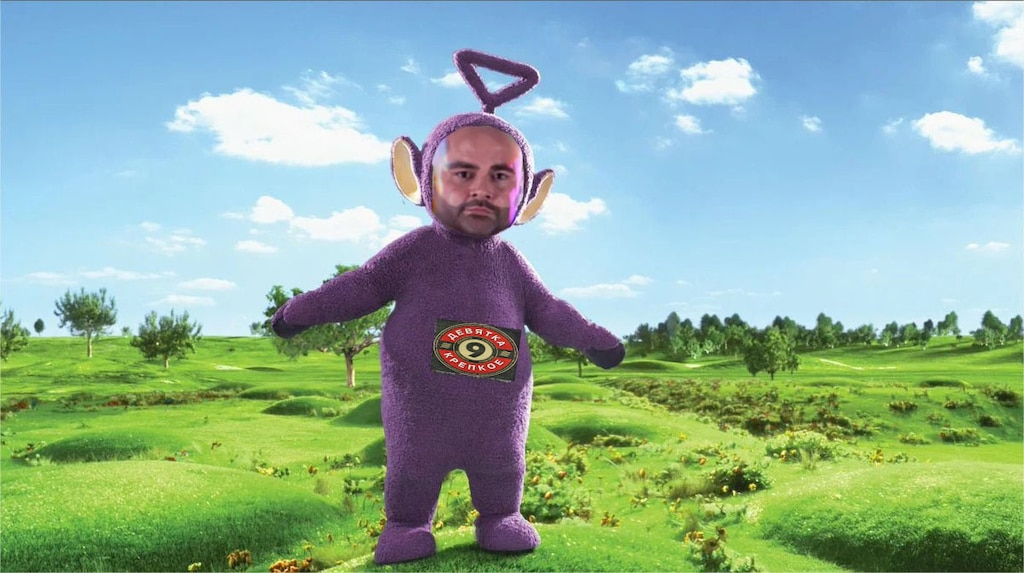 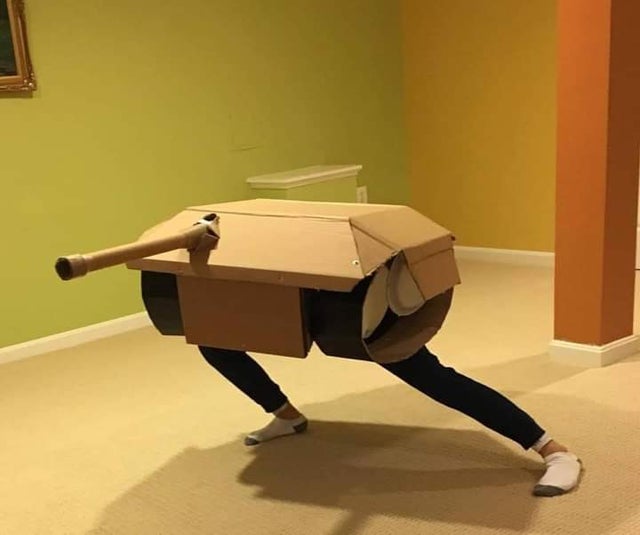 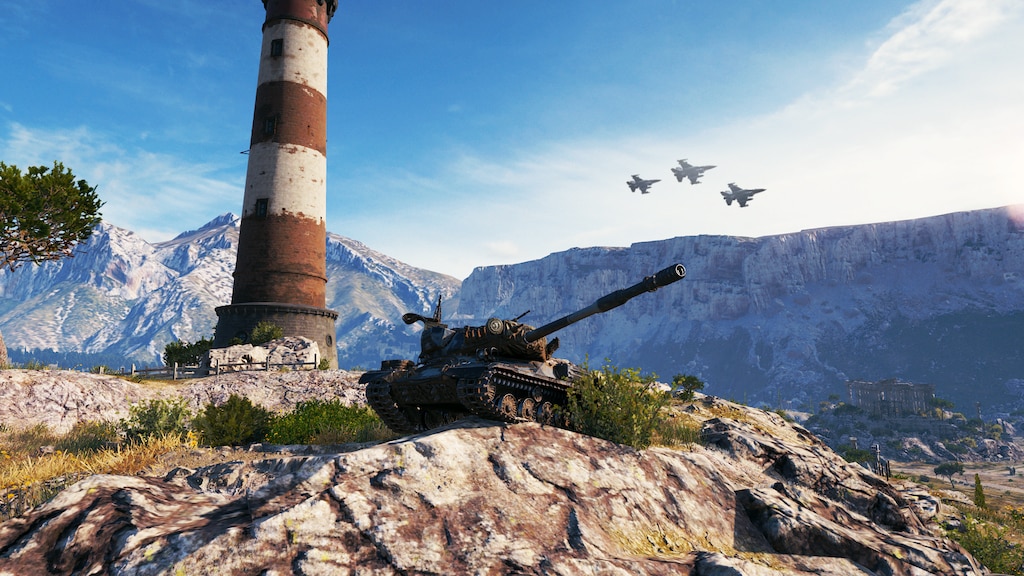 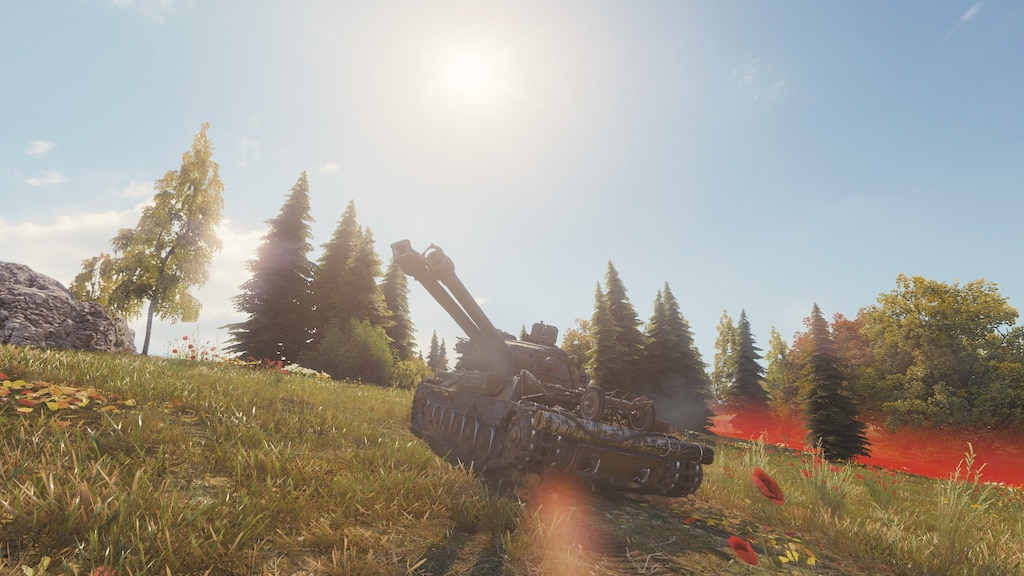 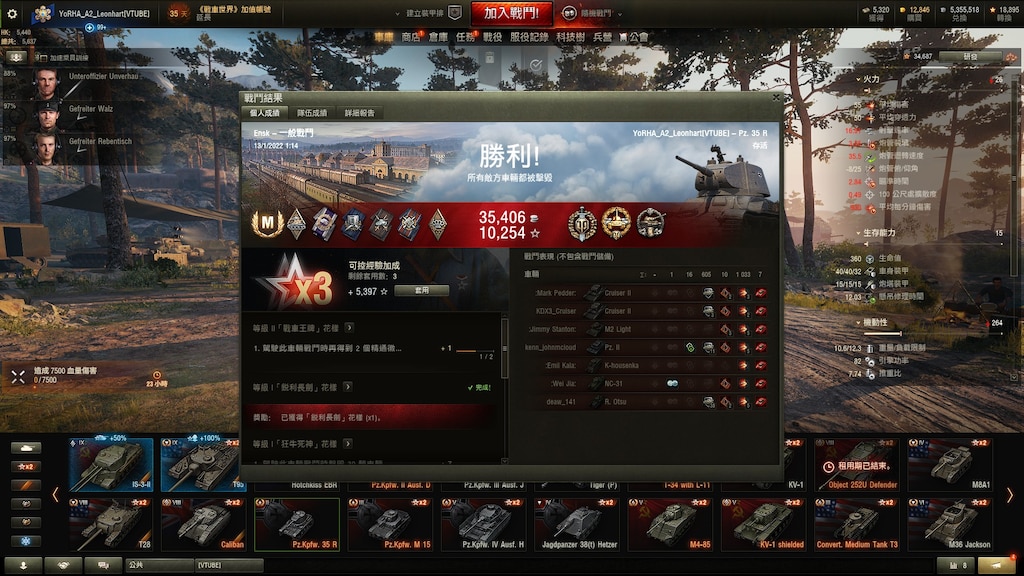 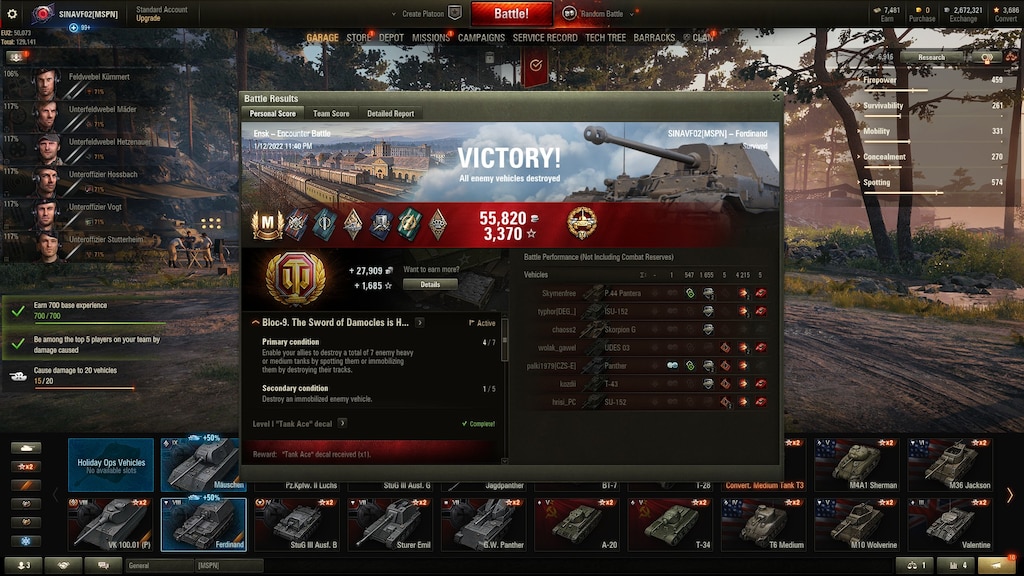 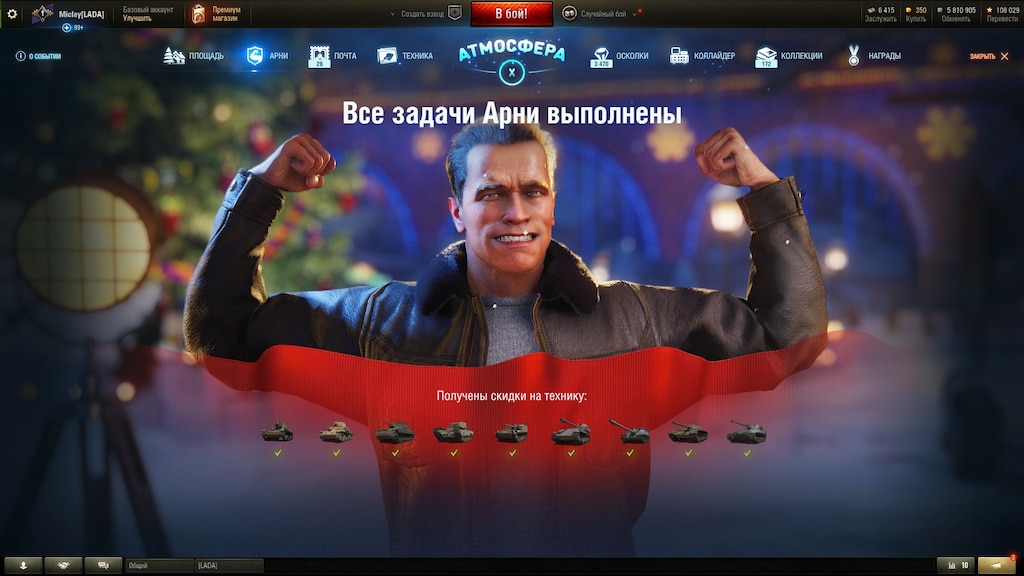 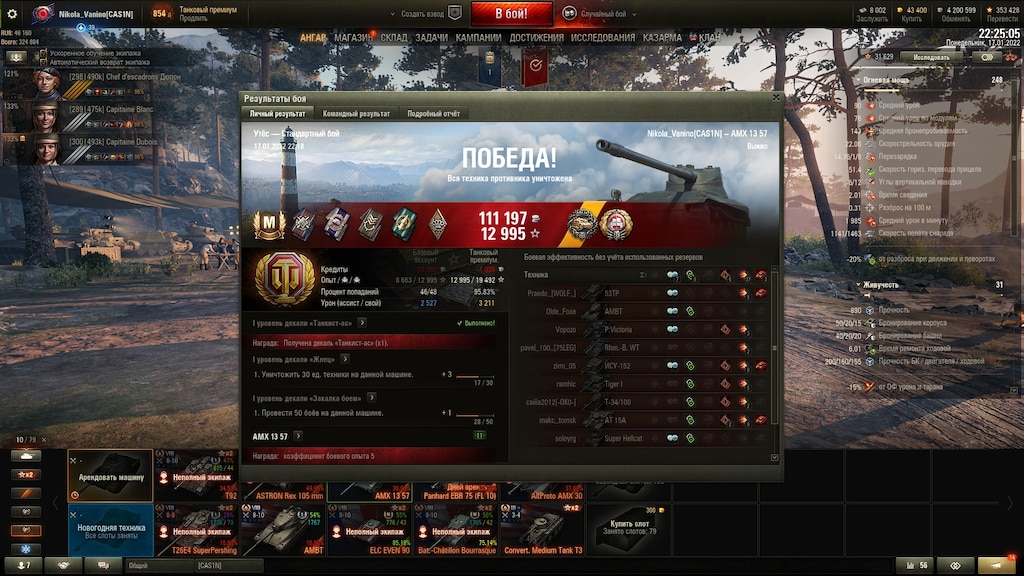 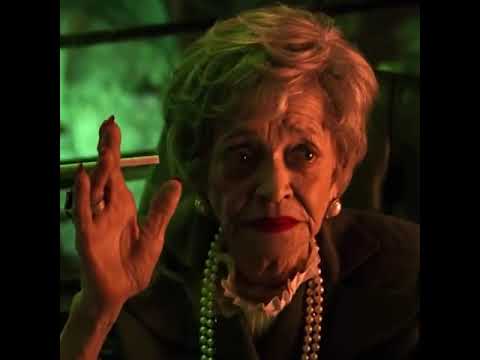 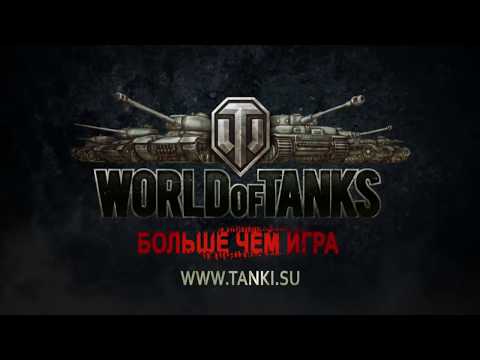 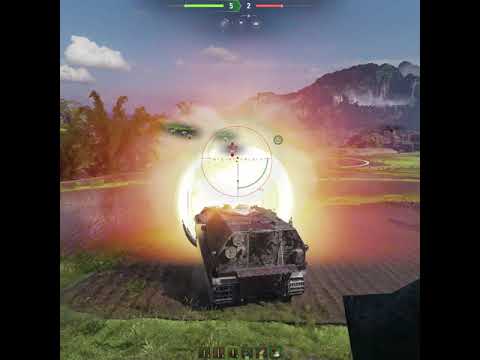 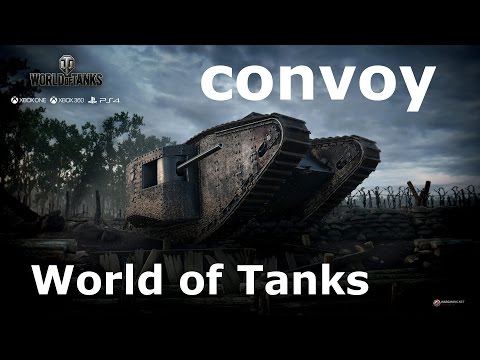 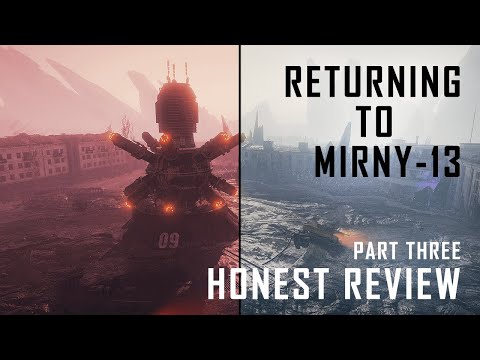