The devastated scene of a post-apocalyptic world following an unidentifiable catastrophe welcomes you to be their hero. Intense emotions fuel SoulWorker Energy to help humans rise up from the darkness.
Visit the Store Page
Most popular community and official content for the past week.  (?)
【公告】TC伺服器錯誤公告 (完成)
Sep 17 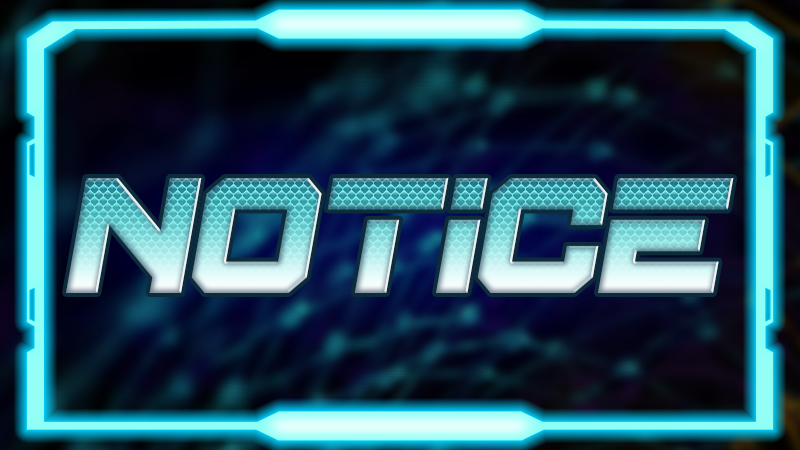 Soulworker
51
12
Your disgusting rng floods the entire inventory.
Have you ever heard about Possession Brooches? It's a pile of trash that cannot be fused. So lg please at least allow us to fuse them or unlock them for trade because what you’re doing now… is another middle finger towards your player base since your sole interest is to focus on whales to feed the market and that’s disgusting! Sadly, as always player requests won’t be taken seriously as long as there is no profit to be done....
2

Newen
16 minutes ago
Event
Upgrade made me rage quit
60 attempts in the x2 upgrade buff and 0 success!! What is this? Not to mention 20 before that in non x2. PLEASE ADD PITY TO UPGRADE SYSTEM.
9

davidquoccuong171001
15 hours ago
Event
Special Surprise for the 1st Anniversary of SoulWorker!
Sep 16
Hello, this is GM Ephnel.

How's our event for the 1st Anniversary for SoulWorker? Happy Enough? 😆
Here comes another surprise for you with some special countings!🎉
Remeber that the latest data on the table was from August 31st.

🔥 Special buffs are also waiting for you in this WEEKEND!🔥 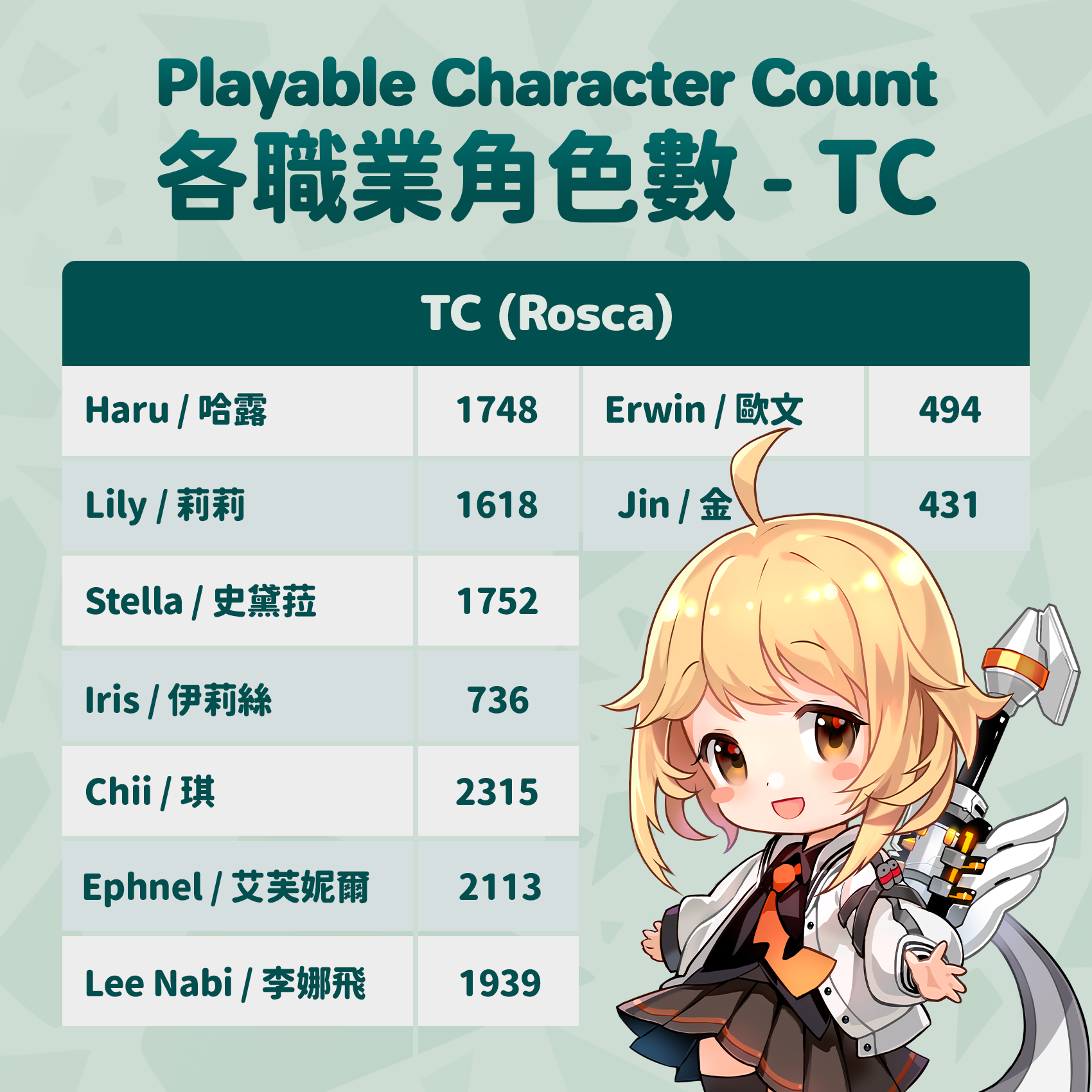 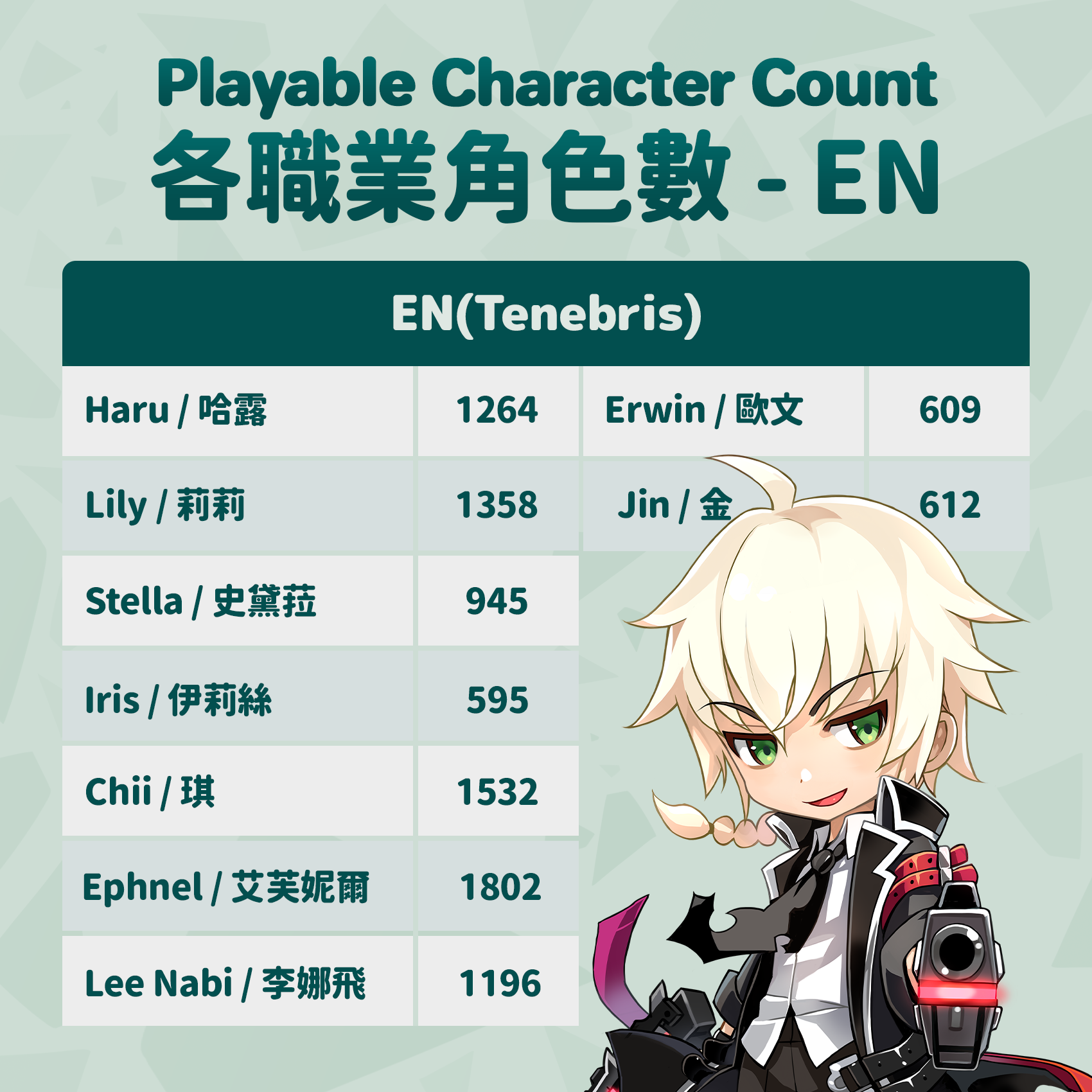 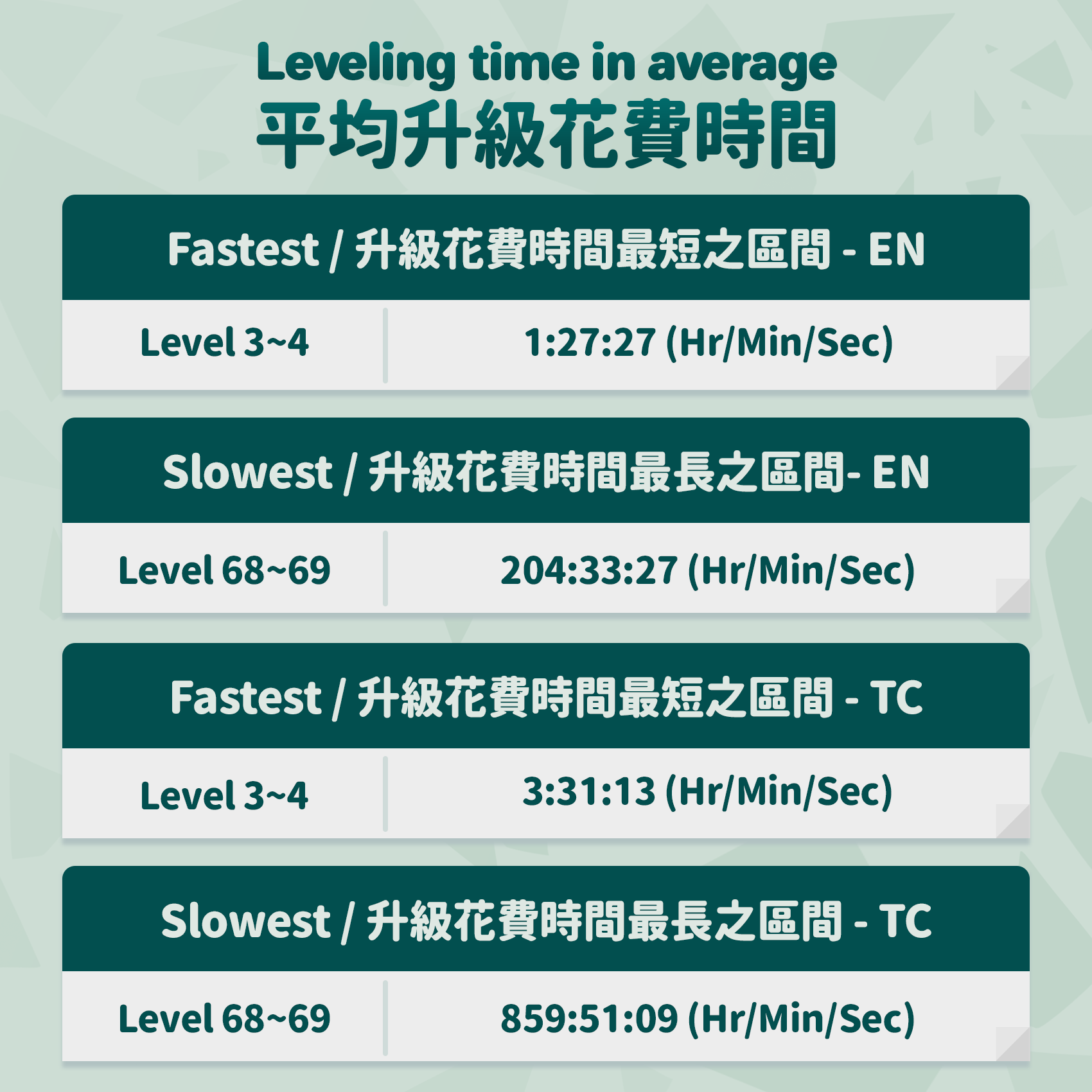 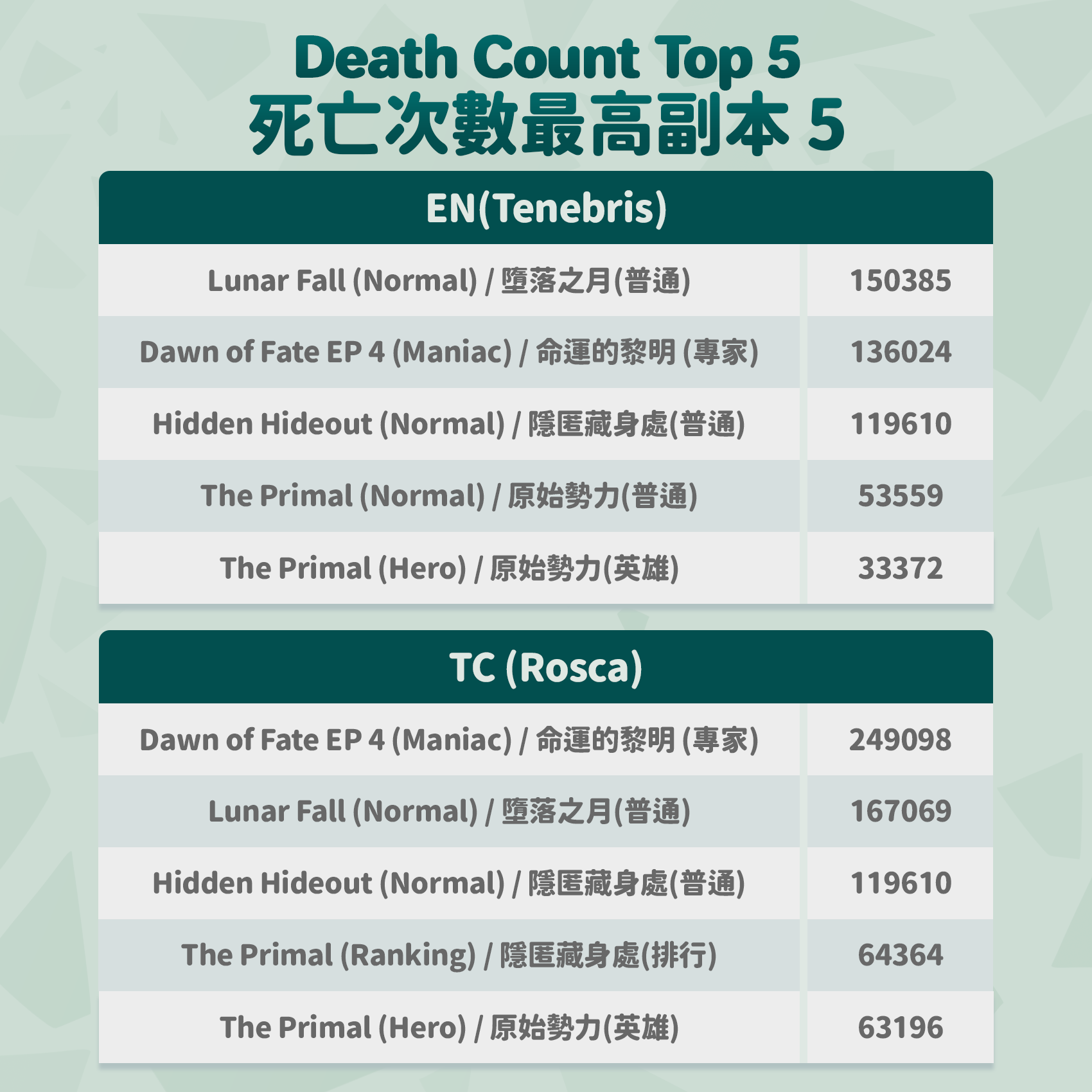 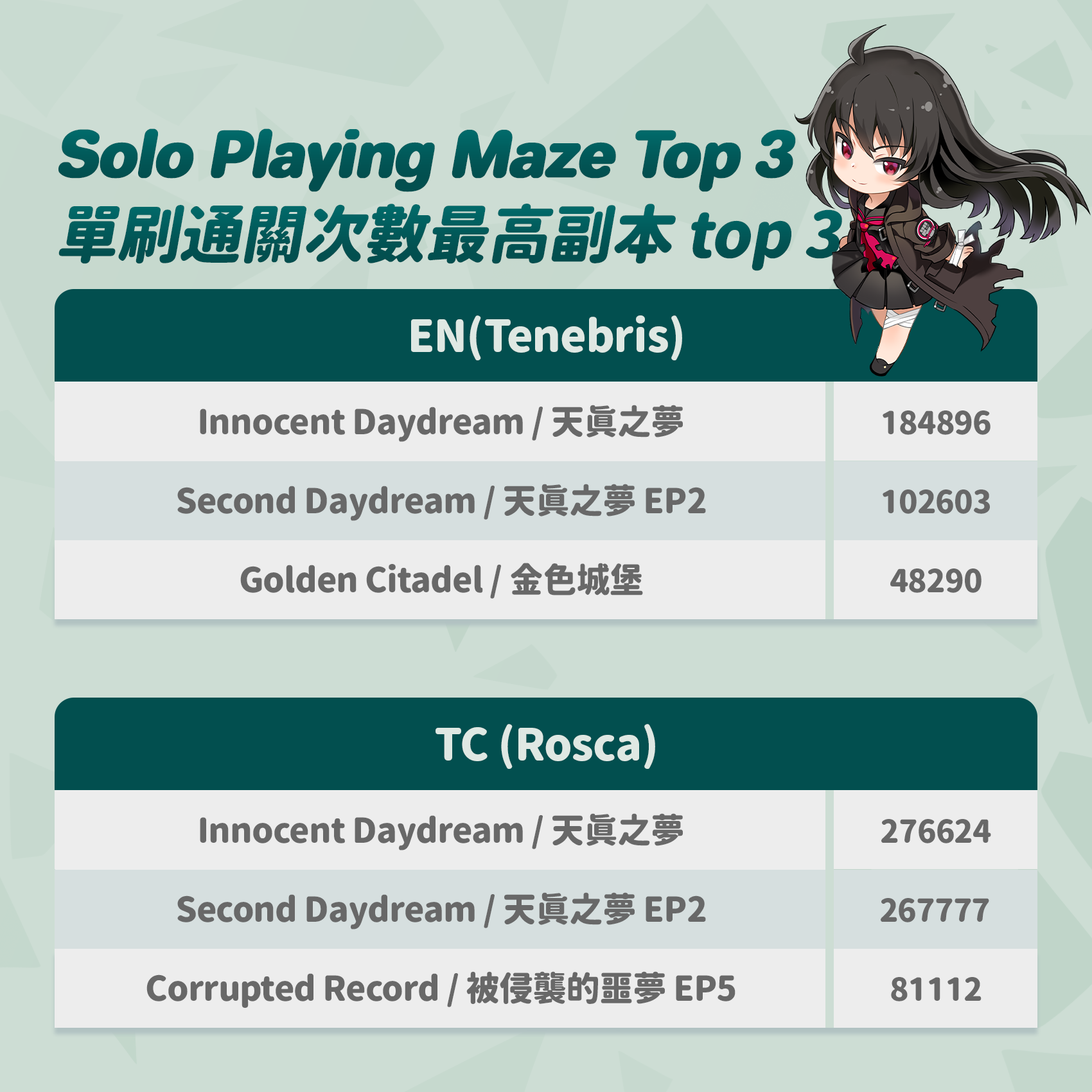 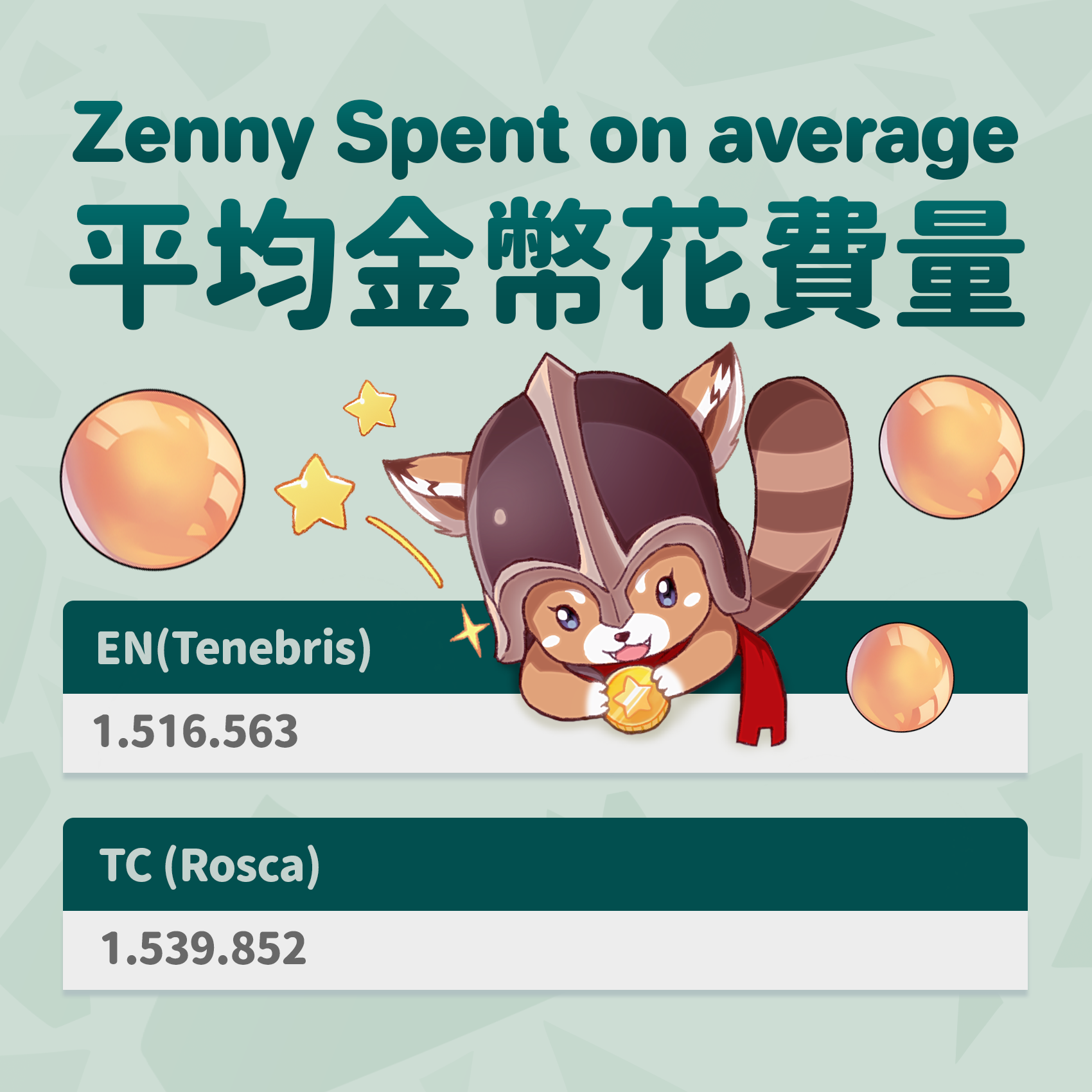 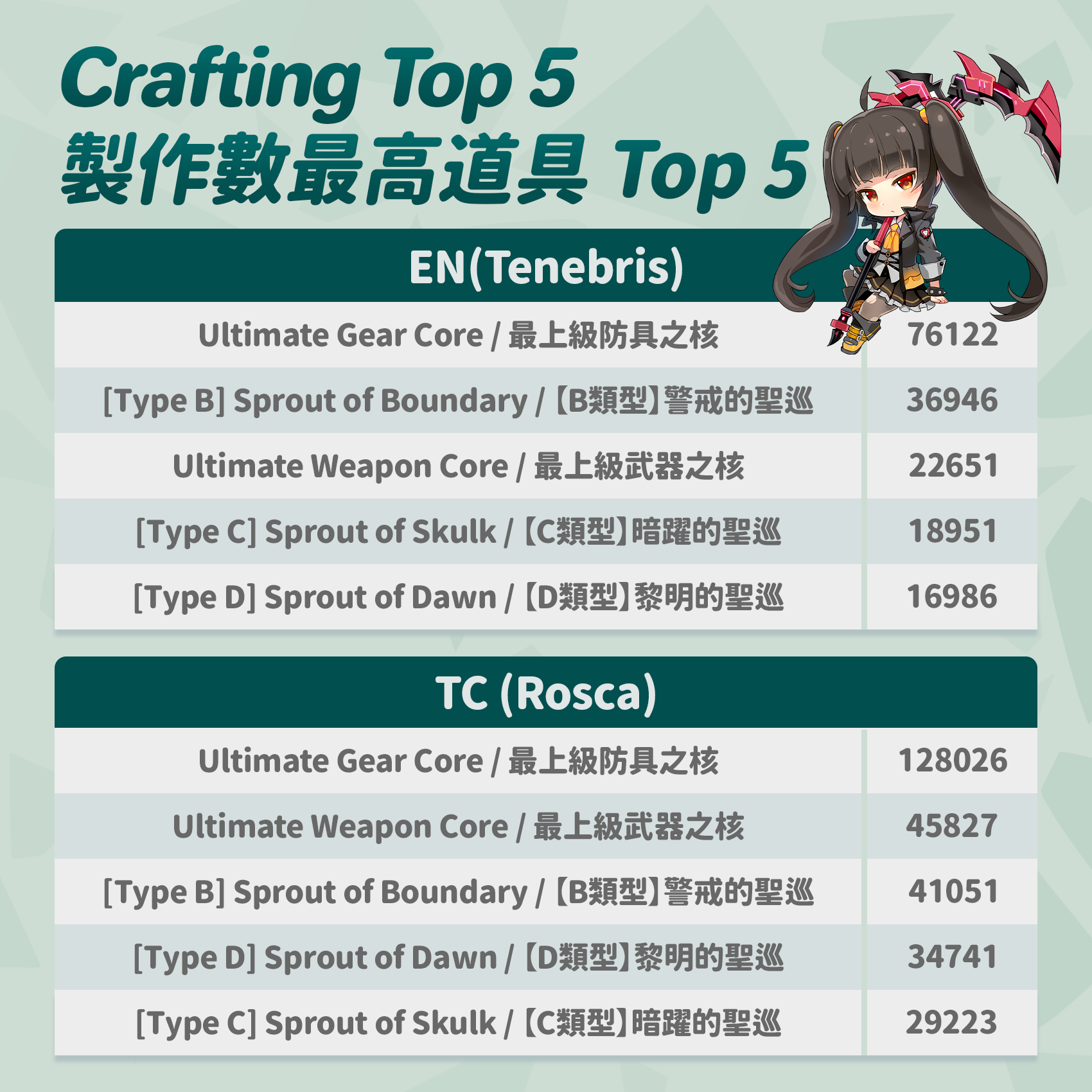 Hello, this is an announcement from SoulWorker.
With the upcoming traditional holiday in South Korea, we are here to inform you that answers for your submissions will be delayed for a couple of days.

SoulWorker Team will try to provide a better quality of service after the period mentioned above and sincerely apologize for this inconvenience.
Submissions will still be informed to our Customer Center, and answers to your inquiries will be delivered sequentially.

We always highly appreciate our users’ understanding and patience and will try to ensure a fair environment for your gameplay.

Not Recommended
711.3 hrs on record
DO NOT SPEND MONEY ON THIS GAME

While I enjoy the combat and art style of this game a lot, the endgame becomes rather repetitive. Now even with that I wouldn't have left a negative review. The reason I'm leaving a negative review is because Lion Games keeps deciding to create new and often times random rules about how you're 'allowed' to play the game. They then go and RETROACTIVELY ban players for breaking rules that were never clear or never even existed IN THE FIRST PLACE.

This all started about a month ago when it was discovered by the community that some players were exploiting this poorly-coded game and boosting their accounts by repeatedly warping to and clearing a specific event dungeon. Instead of just focusing on banning accounts they knew for sure were exploiting, they decided to prioritize a witch-hunt against regular F2P players who were creating alt characters, farming level up rewards, and then trading them to their main character (this was not the exploit the community had reported). They could have simply patched the game to prevent this, but nope! They decided to PERMANENTLY ban over 1000 players for this!!!! There was never a rule against using alternate characters to farm. In fact, this was a NORMAL practice on the previous Gameforge server which nearly all the players did.

It then took 2 more weeks to finally ban the _actual_ exploiters, which was like 70 accounts who could have easily been tracked down just based on runcounts of a specific event maze. As far as I'm concered, these were the only accounts deserving of a ban, yet LG wasted time going after mostly innocent players first.

Now here is where it begins to get even more crazy and why I finally decided to write this review. Today, Lion Games made an announcement stating that they are going to retroactively ban players for 'unusual Zenny Trade' and 'Real Money Trading (RMT)', basically suspected cash trades. The criteria they laid out for a ban was extremely loose and will for sure 100% include MANY innocent players (you can view the announcement here: https://store.steampowered.com/news/app/1377580/view/5199958565303064994). So here are some possible situations where without a doubt innocent players are going to get caught up in this:

"Trades committed with a very large amount of Zenny without any items."
Have a friend who decided to quit (lots of players quitting btw, check the steam charts) and gave you their stuff? Now you get accused of RMT and banned! I myself recently had a friend quit and give me about 1.5b. Does this mean I'll be banned too??? There's also plenty of cases where someone is loaning a trustworthy friend some zenny and will trade it back later. I've done this for friends in the past multiple times. Does this also get a ban? There's also players who move their zenny from one of their characters to another. Because bankshare has been removed you have to do it by trading with a friend. So this gets an 'RMT' ban too?

"Trading with illegal Program Users"
Given the nature of this game, these exploiters were for sure going to use their exploited currency to buy items off of other players. Meanwhile the sellers will have no idea they were selling to a cheater. I'm sure in some cases the exploiter would be trading to an alt account, but the majority of these trades will be with innocent players, guaranteed. This is why they should have banned the exploiters and patched the exploit RIGHT AWAY instead of taking their sweet time and now hunting down anyone who ever interacted with them.

To top it all off, they're stating they will permanently ban players who get accused of any of the scenarios in the announcement for RMT however, according to Lion Games' very own Operation Policy, EVEN IF these people were conducting cash trade, a first time offense is a 15-day ban, NOT perma: https://liongames.zendesk.com/hc/en-us/articles/360059525151-SOULWORKER-OPERATION-POLICY

The reality here is that LG has a very hard time proving what is actually RMT and what is not. If they cannot prove something was a cash trade, then they need to accept it and leave these people alone. Random banning based on nothing but suspicion in a game that is bleeding out players every day is going to do nothing but accelerate the process of this game dying for good.

Anyway, as far as I'm concerned this kind of behavior from a game company is bordering on fraud. People are having their money and time investments stolen from them because this company decides to change the rules later and punish people RETROACTIVELY and all based on nothing more than suspicion. At the very least this is HIGHLY unprofessional and extremely predatory. Seems like their goal is to remove rich players from the game (often people who spent good money in the cash shop already) in an attempt at getting market prices to come down.

Tips for Leveling
This is a simple guide will help you get through with your main quests from Level 65 onwards.

Not Recommended
18.1 hrs on record
Awful management with predatory practices limiting free-to-play farming and putting out rules to "supposedly" fix their game while it's only making stuff worse for the average player.

At any point in time they can make new rules and ban you for these rules despite you not knowing them in the past, literally stealing people's time and money.

I do not recommend playing this game if you're completely new to it.

Not Recommended
0.3 hrs on record
No 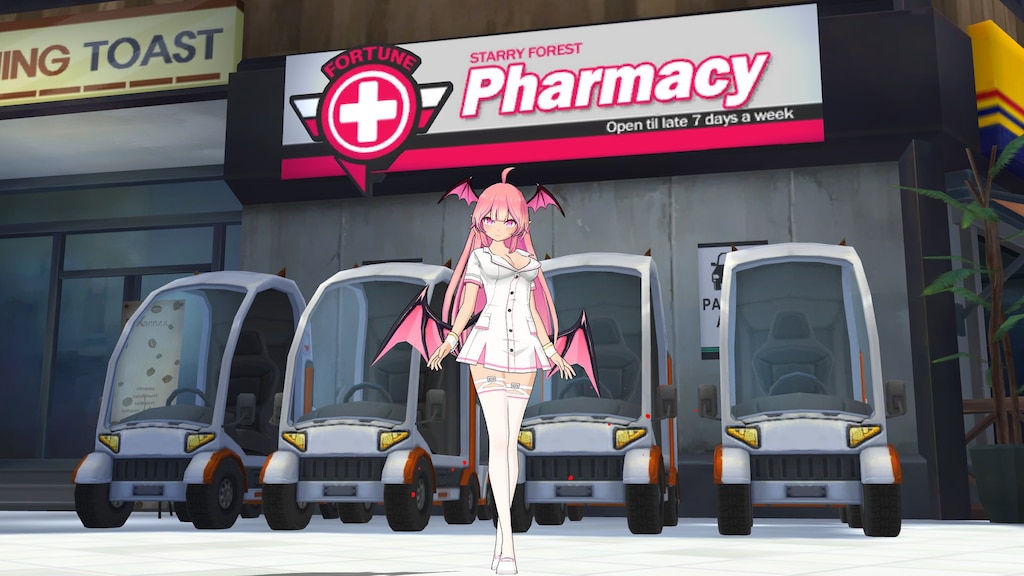 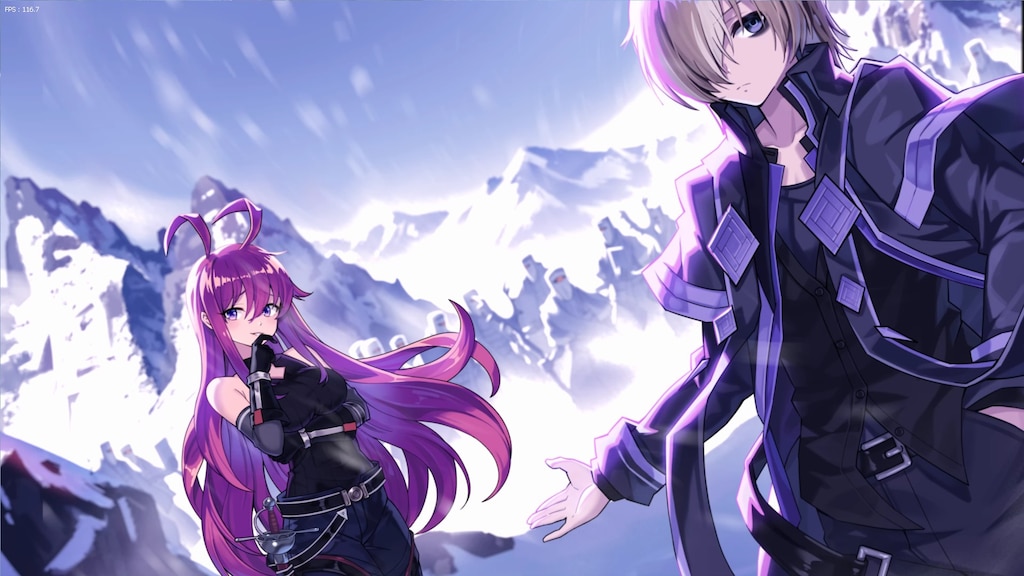 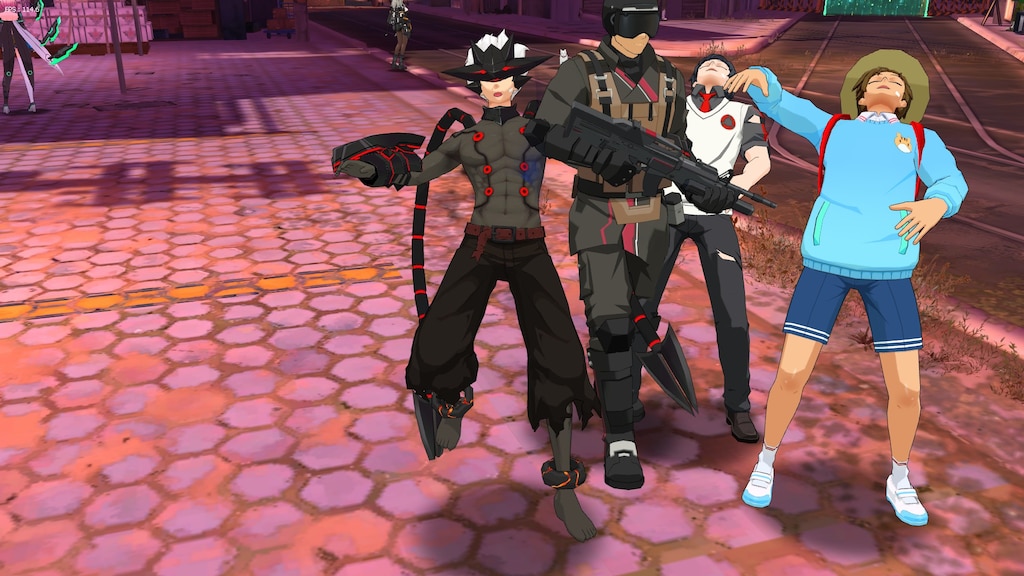 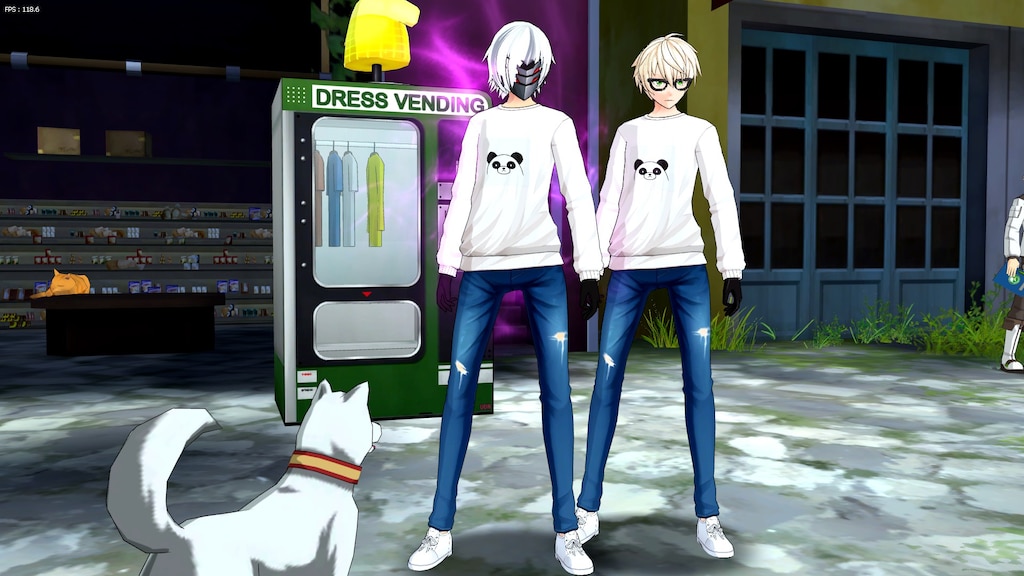 0
4
left side feels empty without a someone named Dieni >:c 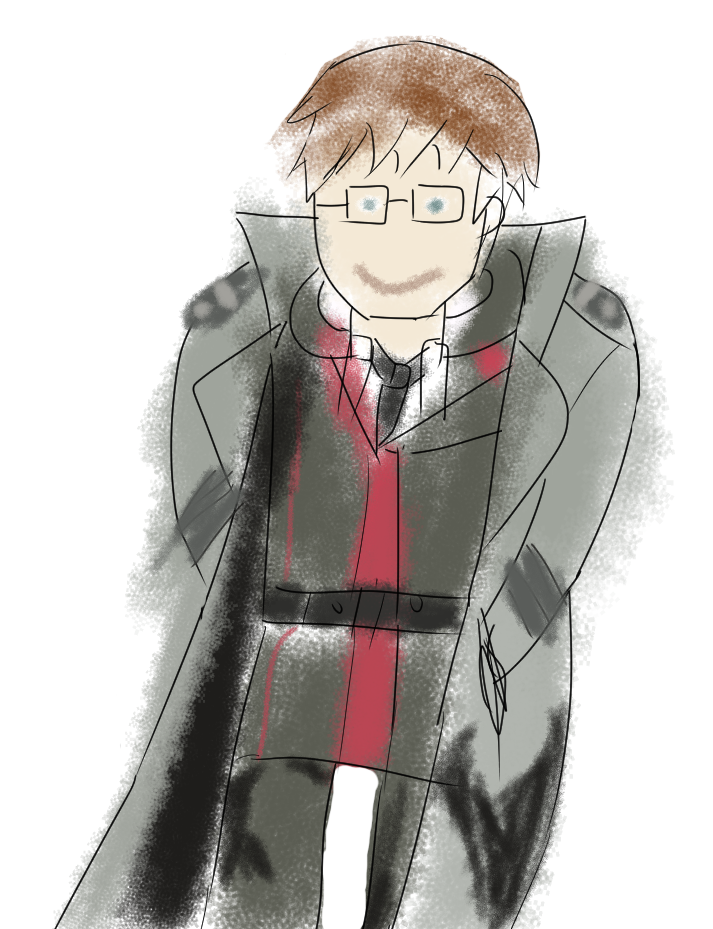 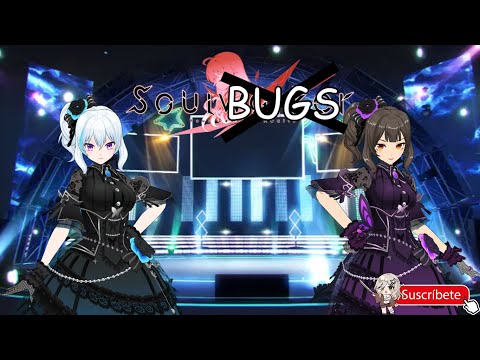 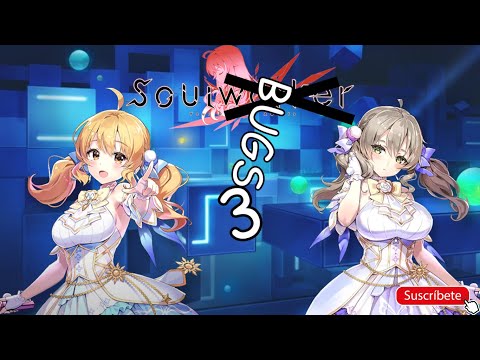 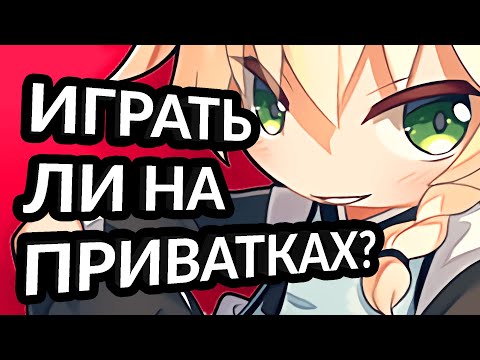 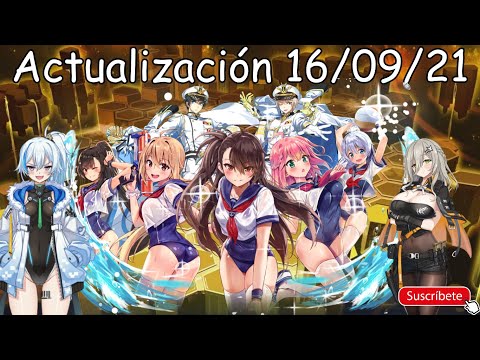 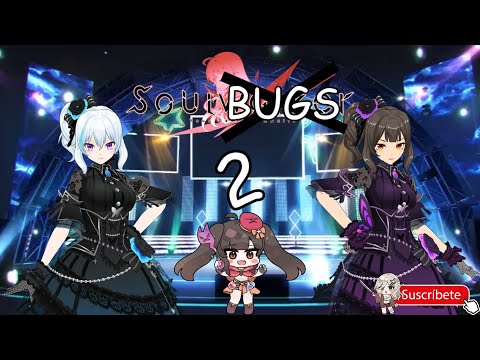 OtakuBreaker
5 hours ago
Event
New player
Hey, I heard of soulworker from Mmobytes, heard that the game lost a publisher and supposedly got better for it. Thats the rumor, but i want to know if its better, or at least fun to play on a controller. Also whats tc server?
31