Night of the Dead

Build defenses against nightly waves of zombies. Survive and escape the island.
$24.99
Visit the Store Page
Early Access Game
Get instant access and start playing; get involved with this game as it develops. Learn more.
Most popular community and official content for the past week.  (?)
Roadmap #03
May 12 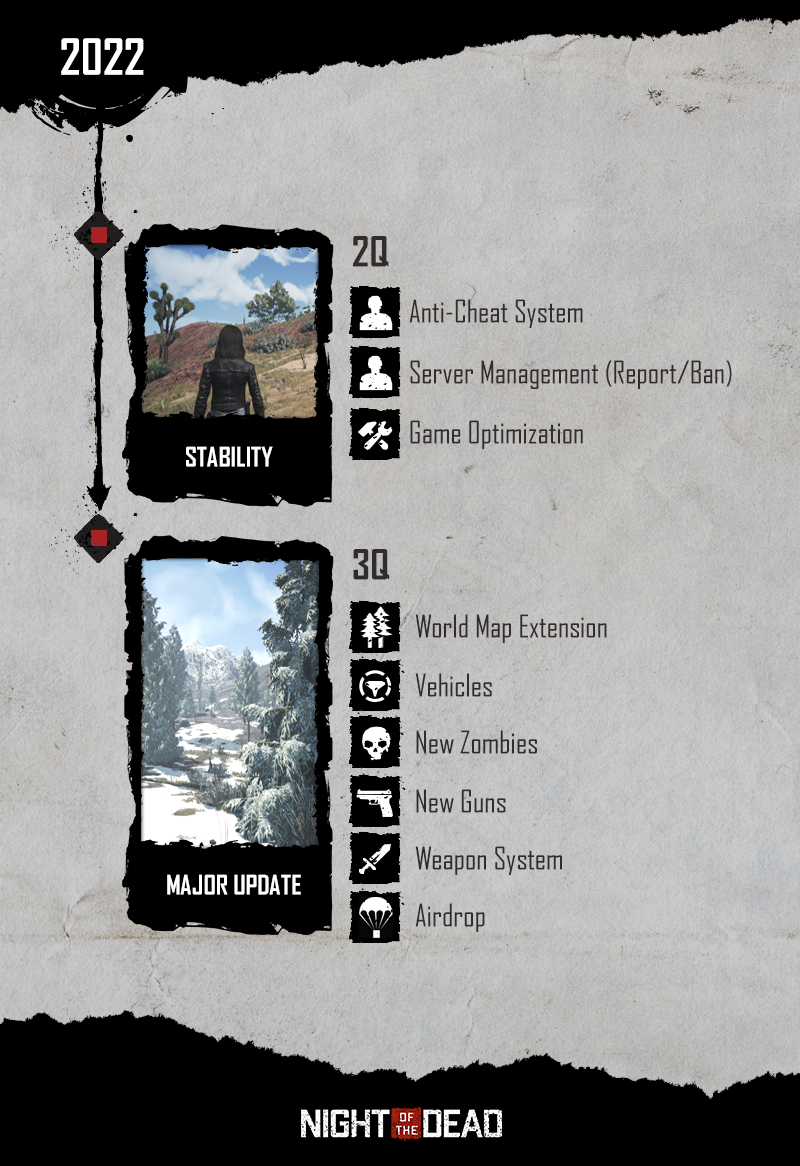 First of all, I would like to say thank you to all the users who enjoy our game.

Depending on the progress of the development, the contents of the 2Q may progress in the 3Q.

We will do our best to provide an update that players can be satisfied with.

Thank you for your patience! Stay tuned!

We're always monitoring any feedback you sent, so if you have any feedback about the game, please let us know.
support@jacktostudios.com

Night of the Dead
549
50
Any Chance to add more Places like another Big City & Towns and such to Add to the game.
Would be nice if there was more to Explore in this game Like Underground Exploration or even an Underwater Hidden Entrance ( Not 1 but Lot's of them ), & of course more Outfit Clothing Options to chose from along with more Gun Weapons or possibly a Sniper Rifle that i keep mentioning before would be nice to have....
36 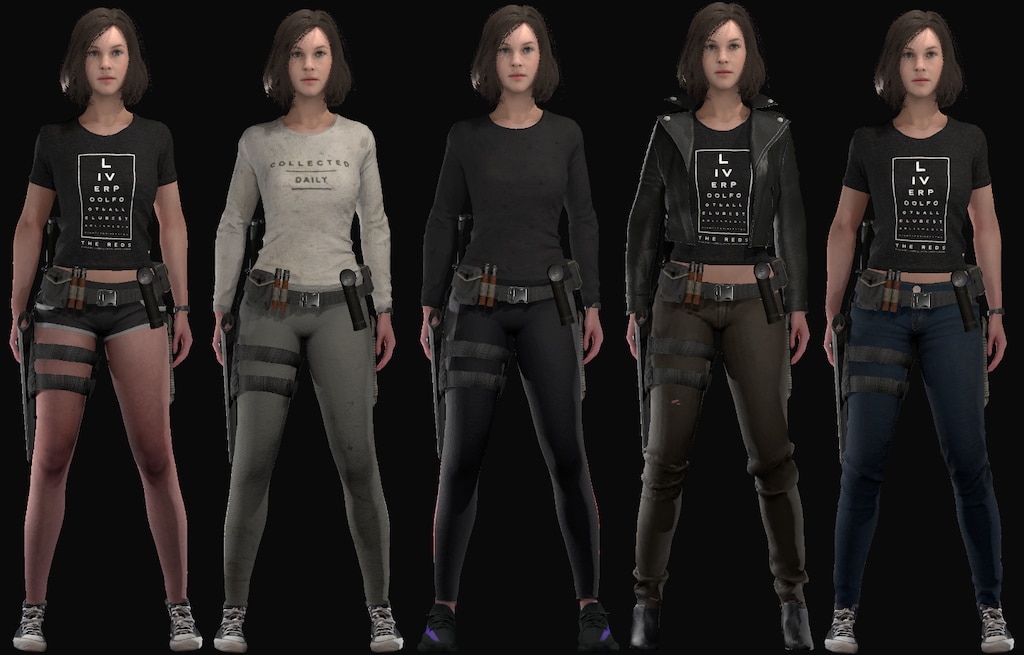 A General Guide to Night of the Dead
An introduction to the game and a bunch of tips and tricks. Aiming to cover most of the core gameplay.
84 ratings

Please report crashes and bugs to the email address below. We will respond as quickly as possible.
support@jacktostudios.com

[Game Systems]
- Changed the condition of the pop-up UI displayed when loading a game if the saved game has a different version.

[Bug Fixed]
- Fixed that a crash occurred when displaying the wire connection UI.
- Fixed that the Knife could not be used for reassembly.
- Fixed the collision detection for buildings and objects placed in the game.

Electricity? How?
What I need? Where to start? How they work? Tutorials from the basic to the advanced.
33 ratings

Ver. 1.3.0.27
*Existing save data may not be compatible normally.
*The game has been updated and the official server is reset.

If you have any problems(especially crash issues), please send an email to the address below.
support@jacktostudios.com

[Game Systems]
- Changed the interaction of the flag.
Can change the icon and color of the flag and add notes.
- Flag icons and skull icons(boxes created when a character dies) are now displayed on the World and Compass HUD. (In the case of the World, within 500m) 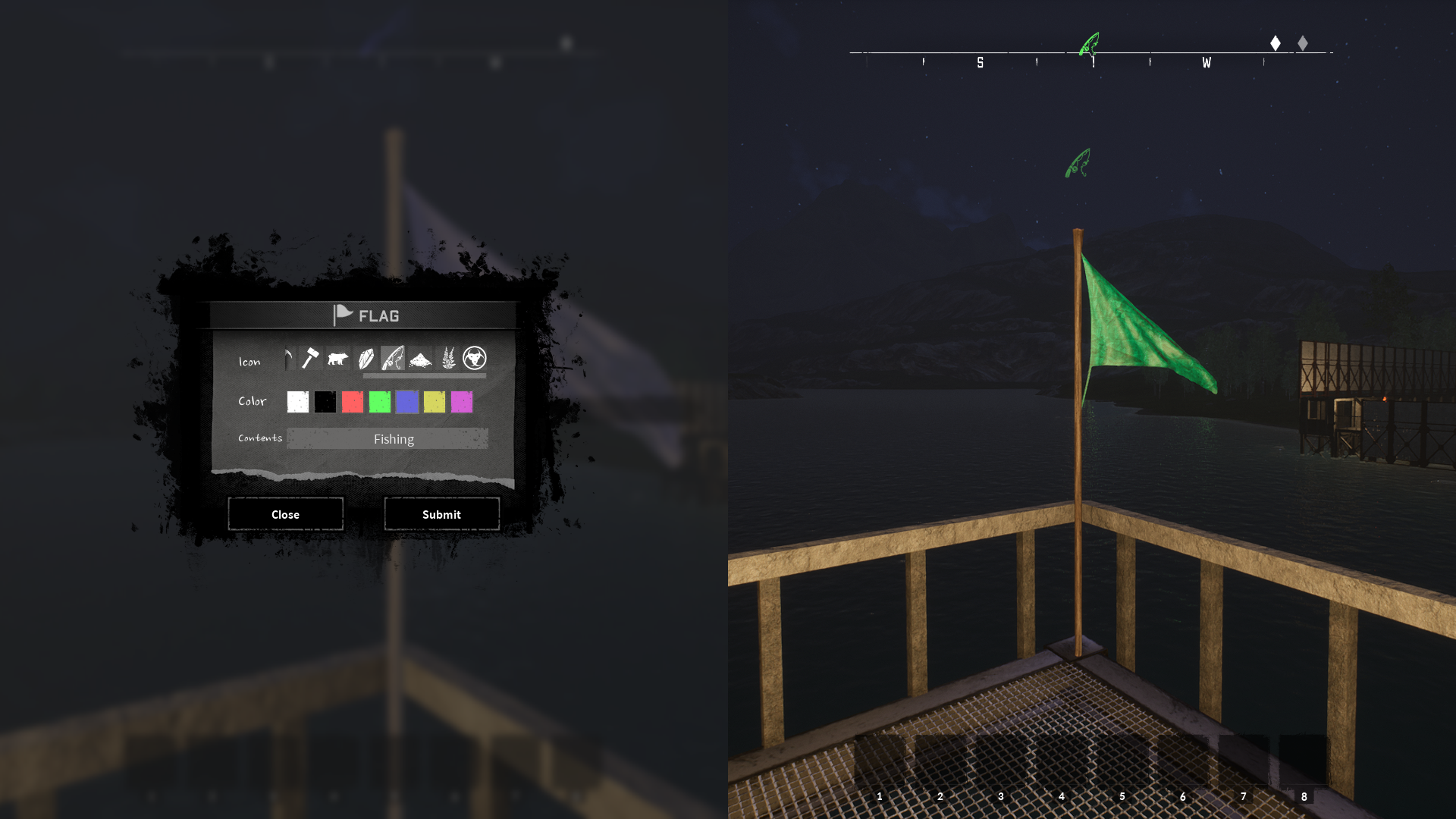 - Added a wire connection UI.
In the process of dealing with decimals in power usage, some calculations may not appear accurate. 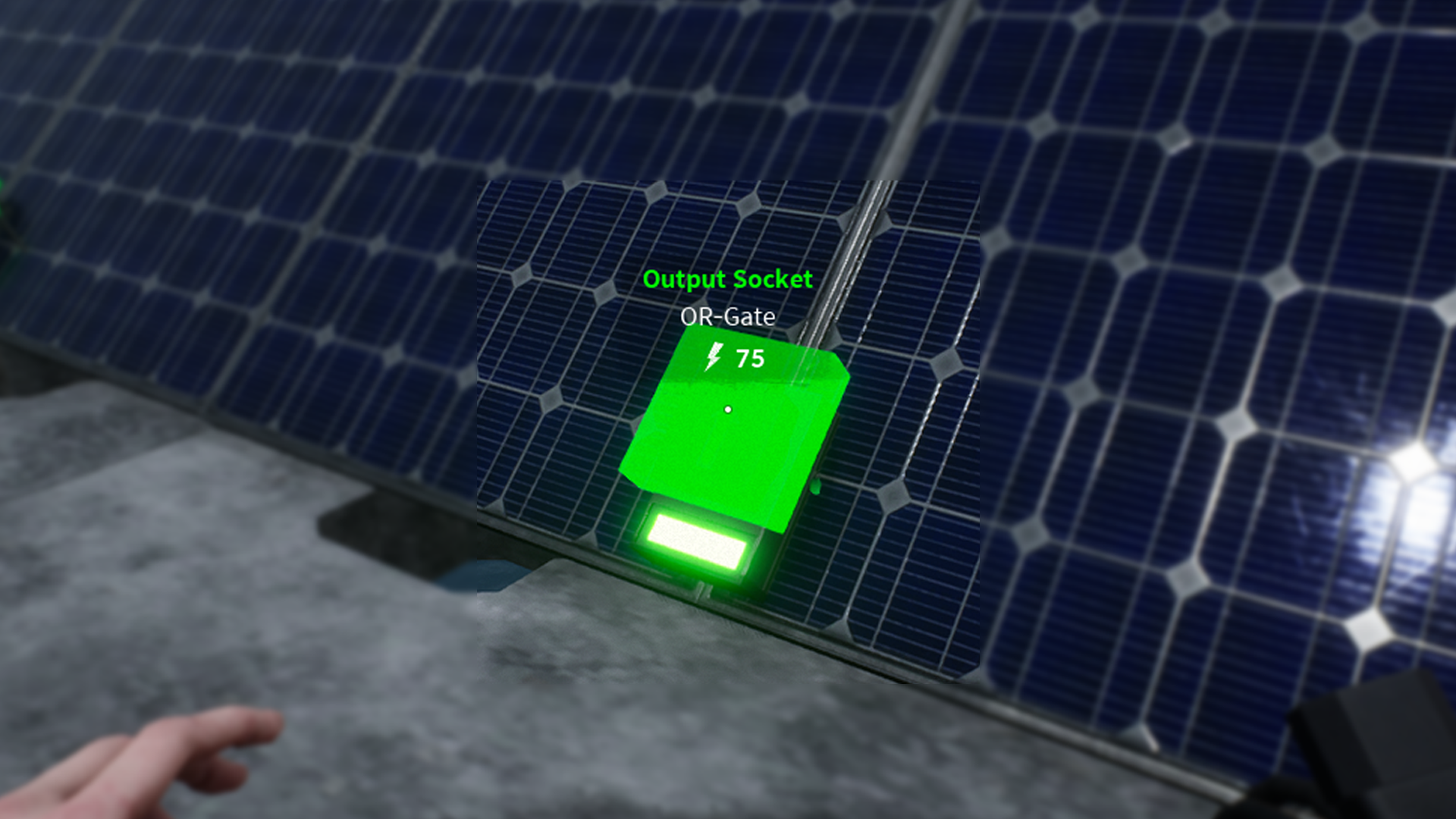 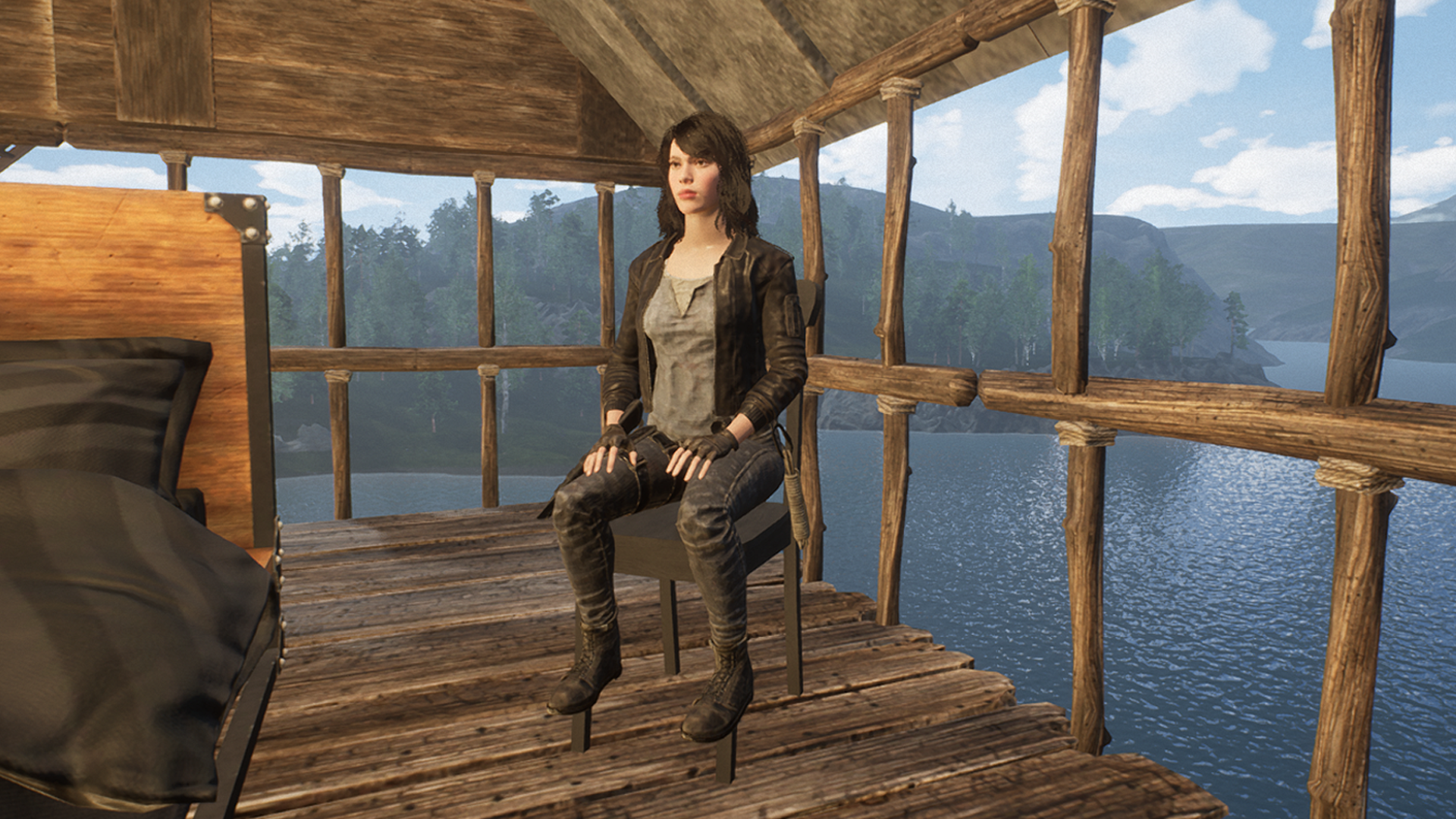 - Added graphics options.
DirectX 11 and 12 (Experimental) / Anti-Aliasing Techniques TAA and FSR
(Settings - Graphics - Global Settings/Graphics Settings)
*As new graphics settings are added, please update the graphics card driver to the latest version for normal game play.
*Other anti-aliasing techniques will be added in the future.
- Changed the range of FOV to 80~110, and the default value is 103.
- Changed graphics and UI/gameplay options be applied when the 'Save' button is pressed.
- Changed the button to be disabled when the button option is the first or last value.
- Added ‘Other Team Buildings’ text to the Building Team HUD UI.
- Changed Knife.
- Knife is no longer tied to the character.
Changed to be able to craft the Knife. (Inventory - Handmade)
Changed to be able to drop the Knife.
- Changed item tooltip UI.
- Changed the background of the equipped coil UI is no longer displayed in the character information UI.
- Changed some buildings no longer able to interact if they are not visible. (Bicycle Generator, Sleeping Bag, Bed, Chair)
- Changed snap work to separately between Modules (foundation, walls, stairs, etc.), Workbenches, Furniture, Some Traps and etc.
- Changed the construction distance of some buildings.
- When using tool equipment, a message will be displayed if there are no bullets(materials) to use the equipment. (Fishing Rod, Wire Connector)
- When turned off the character preview in the inventory, is displayed as a silhouette.
- Changed if the same buff is applied when the buff has already been applied, the buff time will be updated.
- Changed the contents and rewards of the Survival Notes.
*As the order is changed, the same content may be repeated when loading the existing saved game.
- Changed some pop-up UI when connecting to the server.

[Localization]
- Fixed some awkward translations.
- Some untranslated content will be applied later. 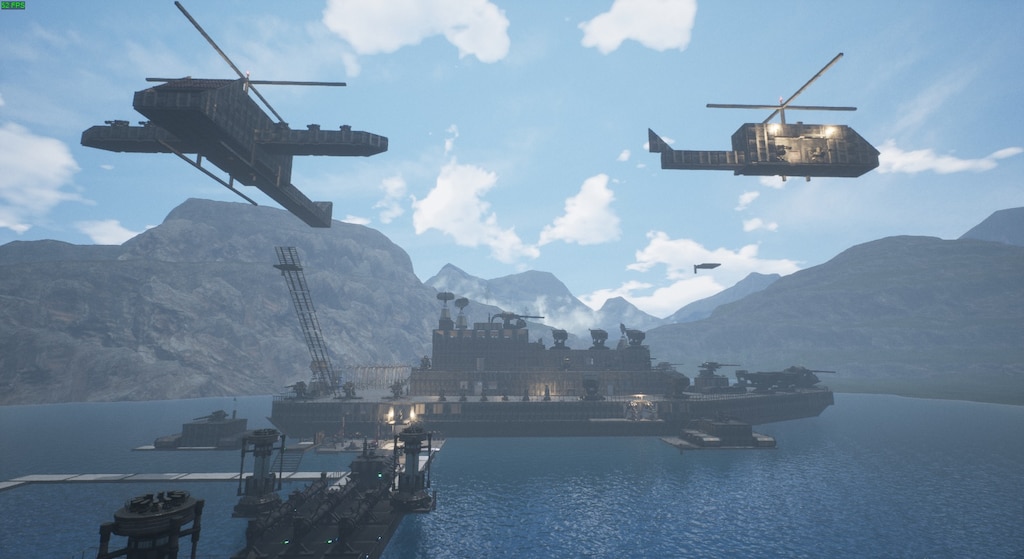 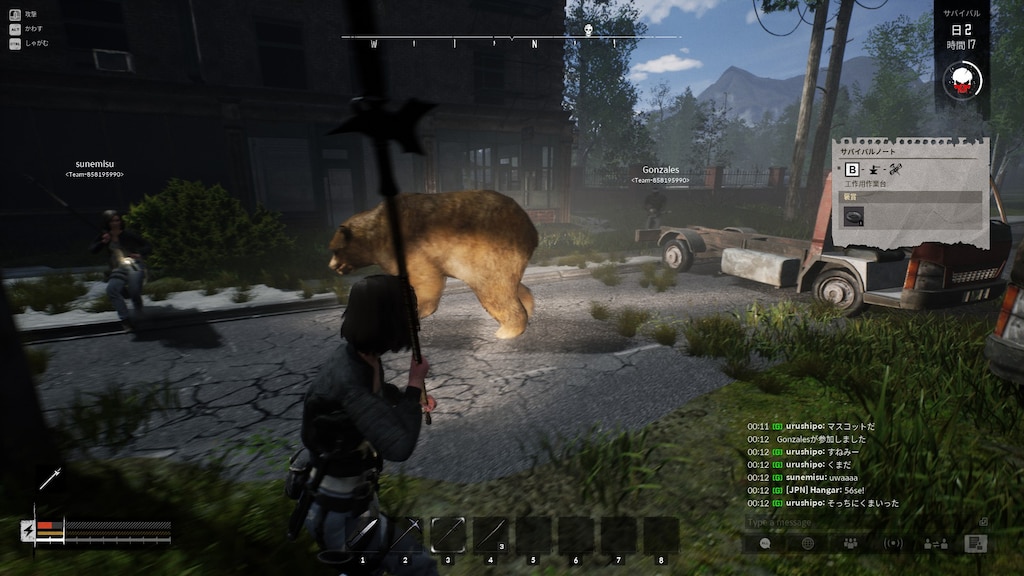 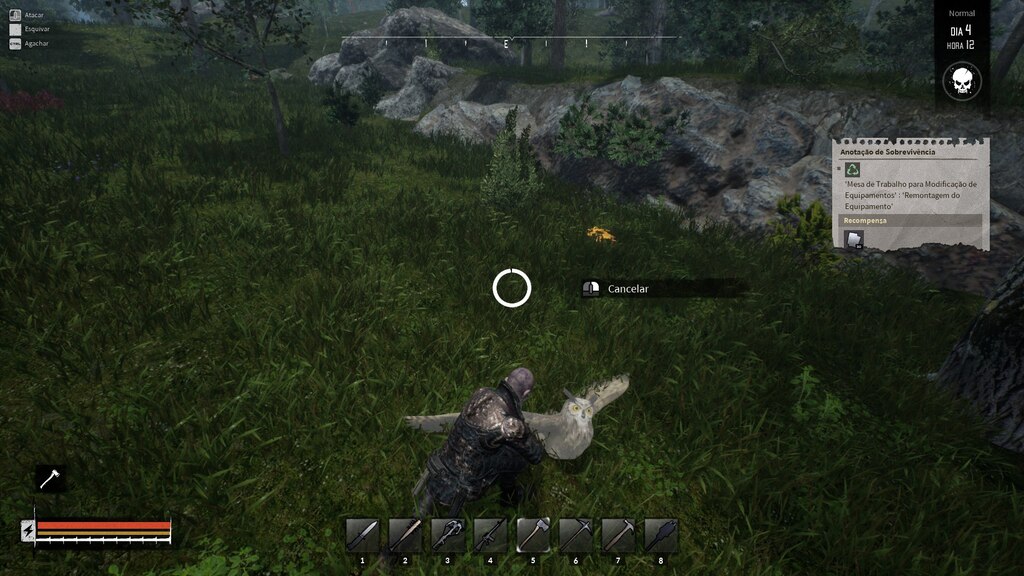 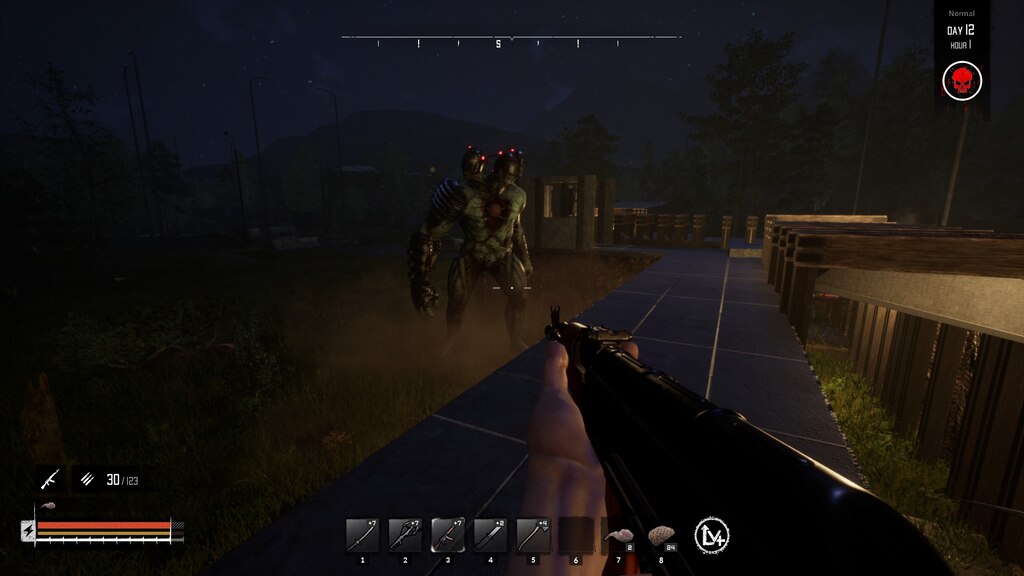 0
0
Bastard destroyed a wall letting 30+ zombies into my base. 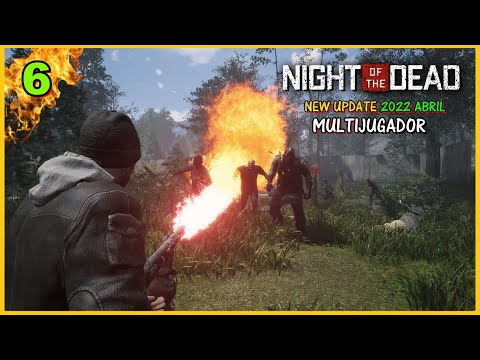 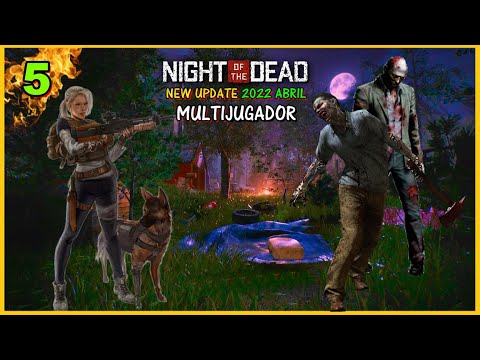 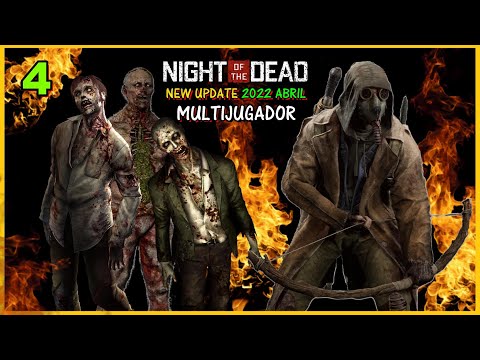 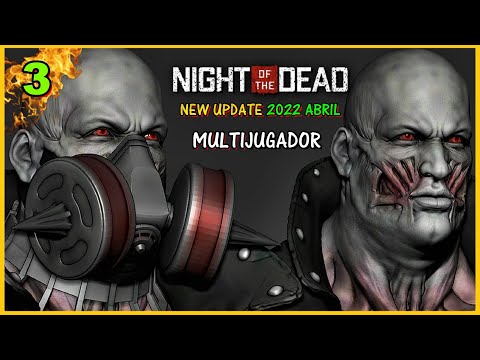 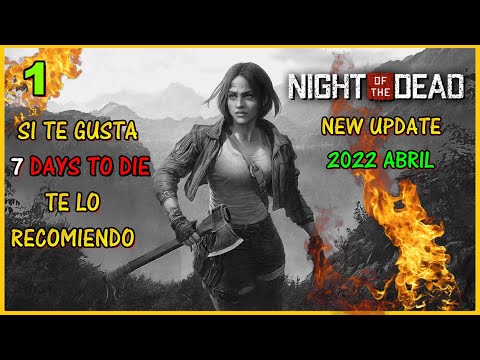 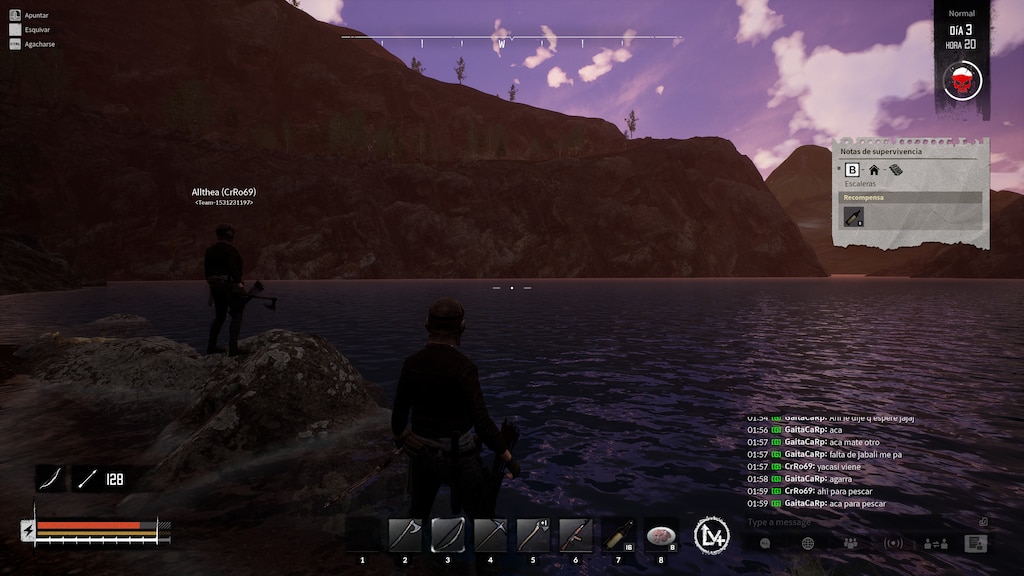 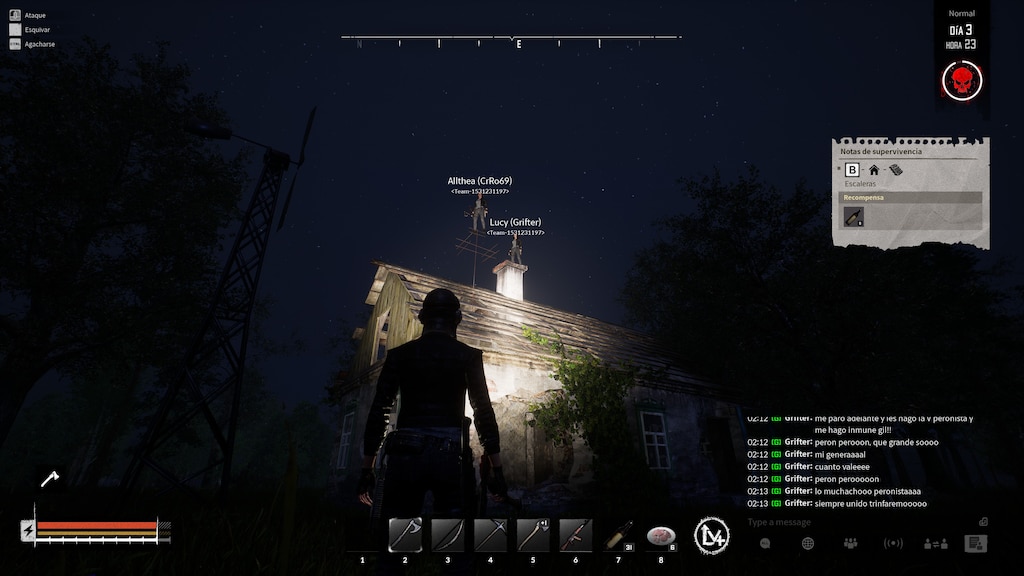 Not Recommended
1.4 hrs on record
Early Access Review
Game is very basic for 2022. Its graphics are suboptimal especially for 2022 and still being Early Access. The movement feels clunky, and awkward. AI is terrible. Its like a 7 Days to Die/Rust/SCUM that is in need of a LOT of updates just to catch up with them.
Requested a refund. I may consider the game again if it has those major updates, but until then, I have plenty of other games to play that are ahead of this game in many ways.

Denovin
456 products in account
0
Day/night length?
I know you can set the time length but does anyone know how long each day cycle vs night cycle is? E.G. if I set 60in is it 30min day and 30 min night?
5

shayne
May 16 @ 4:37pm
General Discussions
Bug report
there is a bug every few minutes i cant change tool or weapon in the inventory bar its annoying and makes the game unplayable please fix thanks
2

maximmergut
May 17 @ 9:14am
General Discussions
Titan zombies
We need an option to remove large zombies as they are ruining the game experience and logic, as I understand all zombies come out of those entrances in the hill, which makes sense, but for those Titans, there is no way for them to come out from there not to mention that no mutation would transform any human into such heights....
7

kydzoster
May 15 @ 12:57am
General Discussions
What's your FPS during a wave?
I'm generally getting around 7-8 fps even with graphics turned to low :(
3

Recommended
41.9 hrs on record
Early Access Review
Great Game with not too much useless survival stuff.

You won't die of Hunger or Thirst but the nightly Zombie Waves force you to improve your base enough.
Giant map and enough crafting and scavenging to leave you busy.

Recommended
50.6 hrs on record
Early Access Review
Great game! My wife and I really enjoy it.