Thanks for all the questions and comments to the guys who were there at last week's AMA.
I have tried to organize and answer them below, if you wanna ask questions and get answers from us
as well, join our Discord[discord.gg] and join the conversation every Wednesday at 11AM CET for EU and 6PM PST for NA!

In the AMA for last week, we mainly discussed the new 3rd stadium which you can see in our steam article here:

We are 95% sure to have the 3rd stadium in the beta in February and we are considering one of two ideas for special gameplay for this stadium.
1 is to have this stadium exclusive for 4v4
2 is to have obstacles in the stadium that randomly pops out to affect the game.

We are testing the 4v4 mode this week and so far, it feels a little cramped. But we will try to keep you updated with what is going to happen to the 3rd stadium.

After the 3rd stadium, we discussed ideas for the 5th stadium which is set to be a sort of High-tec training facility where characters can practice their skills. Since this is still in the concept phase, different ideas were given to how we can make this stadium.

1. Have cannons in the wall that shoots out balls. Possibly do curve balls
2. Make it possible to use the training room for the tutorial.
3. Make it possible to practice pass blocking (have very high balls to practice langs pass blocks)
4. Have a cannon shooting at the goal so people can practice goal keeping. (could this have a setting to choose how hard you want the balls to shoot (make it possible to shoot harder than R47s ult
5. Antigravity
6. For 5th stadium, have walls come out of the ground based on a timer. Players should be able to jump over them. Should be able to jump on the walls to get higher. Players should be able to learn the wall pattern so they can use it to their advantage
7. Make more smaller rooms next to the stadium to practice certain skills

Though we have awesome suggestions on how to make this stadium into a place were players can train in free-play and in the tutorial. We are not sure we will be able to make it in time for the launch of the game, but we will keep the suggestions so we can possibly work on in after the launch. That means for now, we will develop the aesthetics first and then add special functions after.

We are also open to ideas for our 6th stadium.
1. A stadium where all matches are in first person
2. Stadium in a rave
3. Airplane stadium/flying stadium
4. Park stadium with flowers and trees and nature
5. In general more nature environment
6. Abandoned ruins of a small city picturing nowadays environment, but abandoned and overgrown
7. Underwater stadium. With sharks
8. Underground stadium (like a subway stadium)

1. Make each stadium in 2 ways. 1 competitive and one for fun with elements that affect gameplay
2. For a future map, add pillars into the map. Even amount of pillars on each side (players can jump on them like jumping on walls)
3. Will all the stadiums have the same size?
- For now, we are sticking to the same size, but if we do 4v4, we are likely to make the stadium bigger.
4. Players don’t like the idea of having a map specific for 4v4. Instead it was suggested to make 4v4 a gamemode which can be played in custom games
- We will try to test it out first and see if it is any fun. If it’s fun, we will consider how to best add it into the game.
5. Will there be stadium specific items?
- This is something we haven’t thought about yet.
- We have a few extra items that we didn’t put on the field yet, so there is the chance that we can make this in the future.

1. For R47 put a short delay on breaking out of the bubble. (he can break out too fast)
2. Make sampa able to run on all fours
3. Give samba faster dash charge if he has ball possession
4. When sampa uses the last piece of his stamina, he would run much faster

Super Buckyball Tournament Preseason
12
5
Regarding Bug Report & Crashes
Hey players, if you ever encountered bugs & game crashing issues, please try to restart the game first and see if it's fixed. If still not, feel free to send us message on discord or email us (sbt@pathea.net) with the log file so our team can better look at it Location: C:\Users\Your Name\AppData\LocalLow\Pathea Entertainment\S.B.T\output_log.txt (if you can't find output log, player_log is also OK)...
25 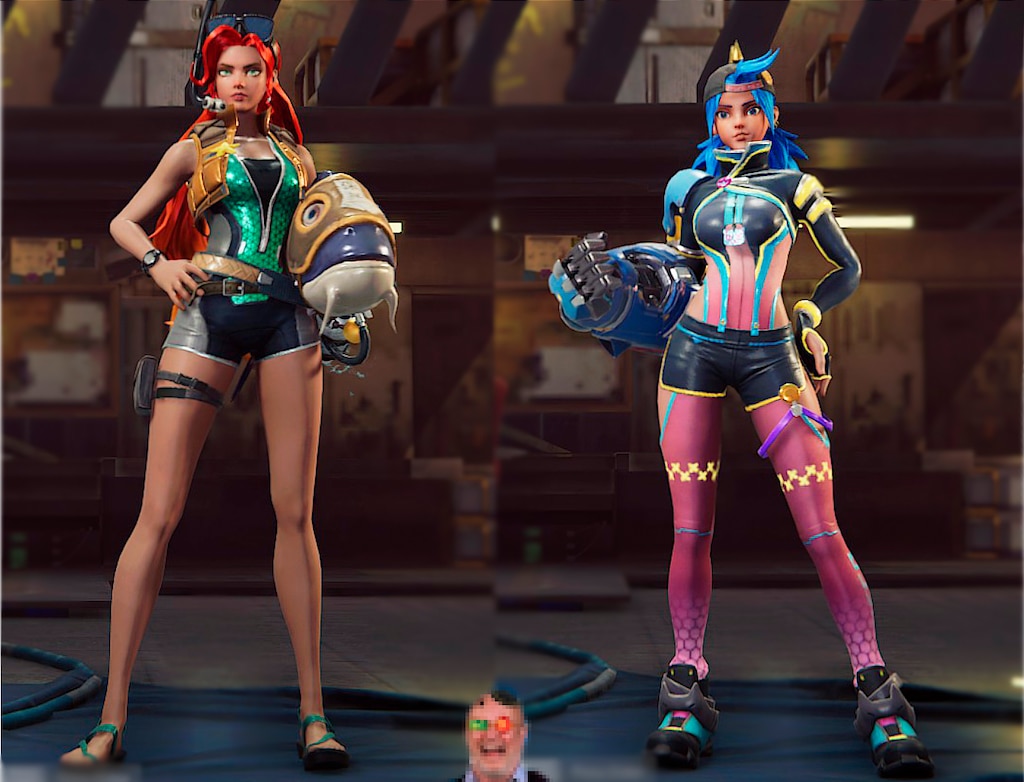 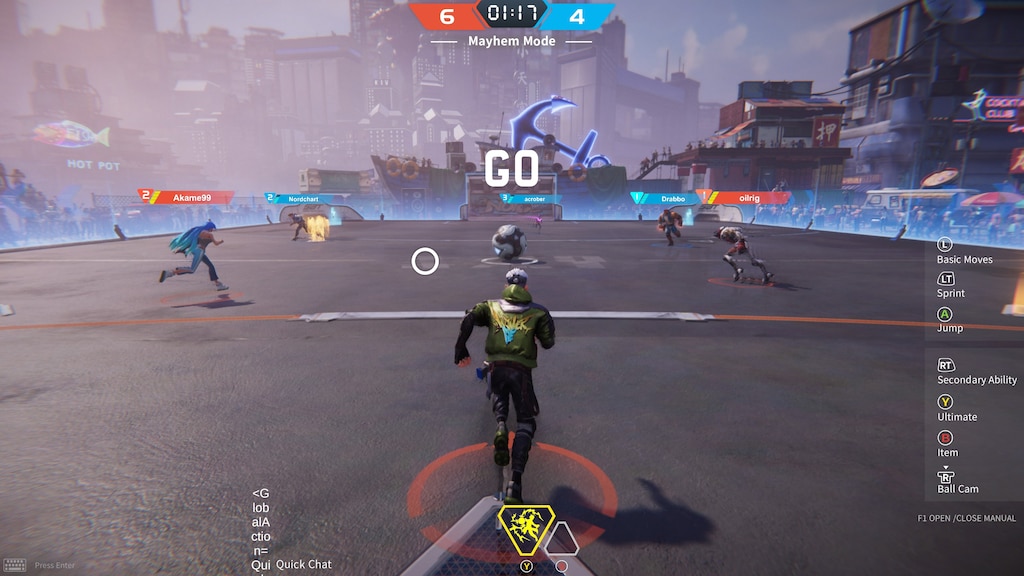 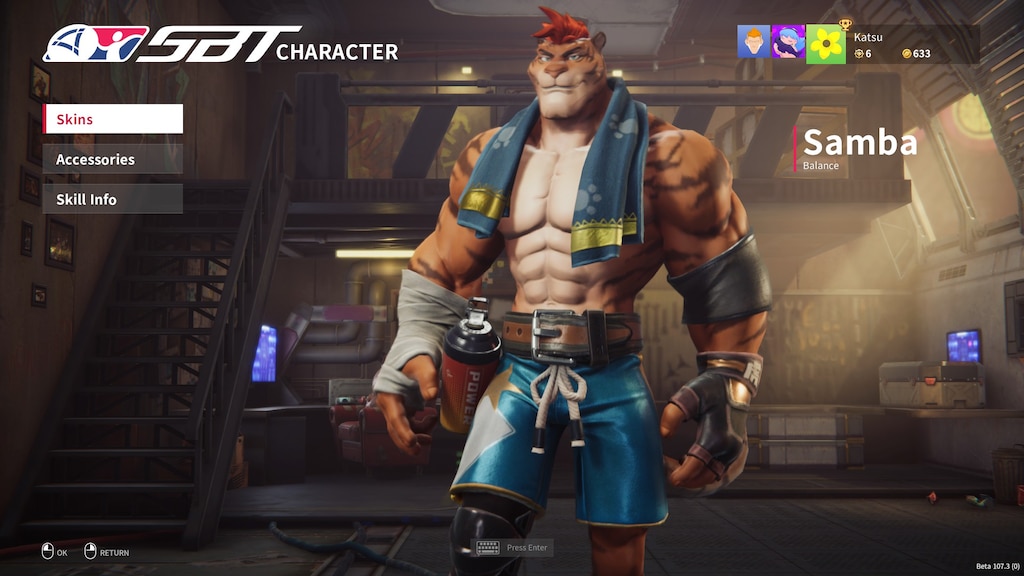 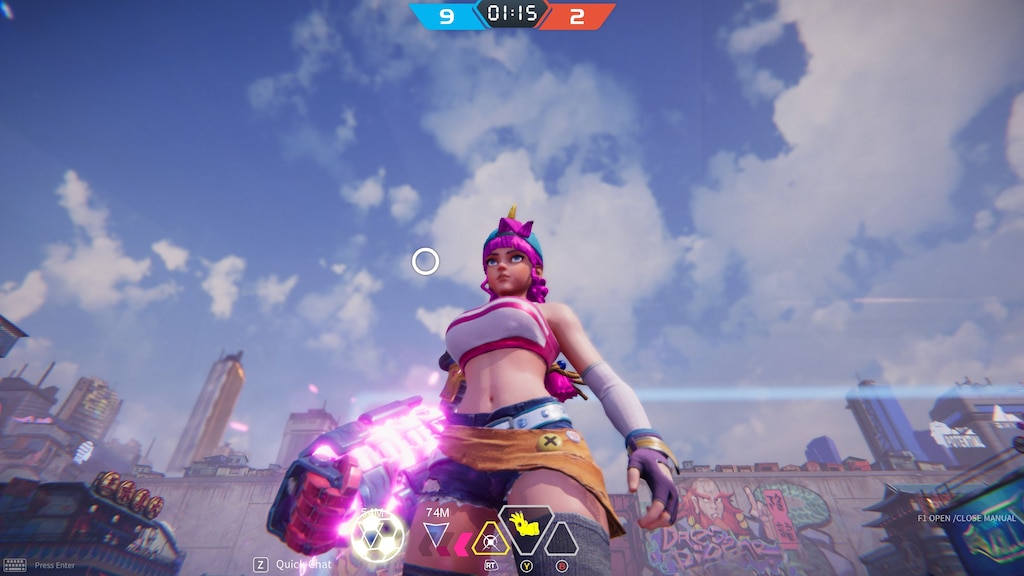 KatsuT
View screenshots
Reveal Our Next Stadium
Dec 26, 2020
In the AMA sessions this week we gave players a sneak peek into what the 3rd stadium will look like and now it is here for everyone to see.

We are 95% sure to bring this stadium to you for the next Beta in early February and we are excited to show off how we made it. 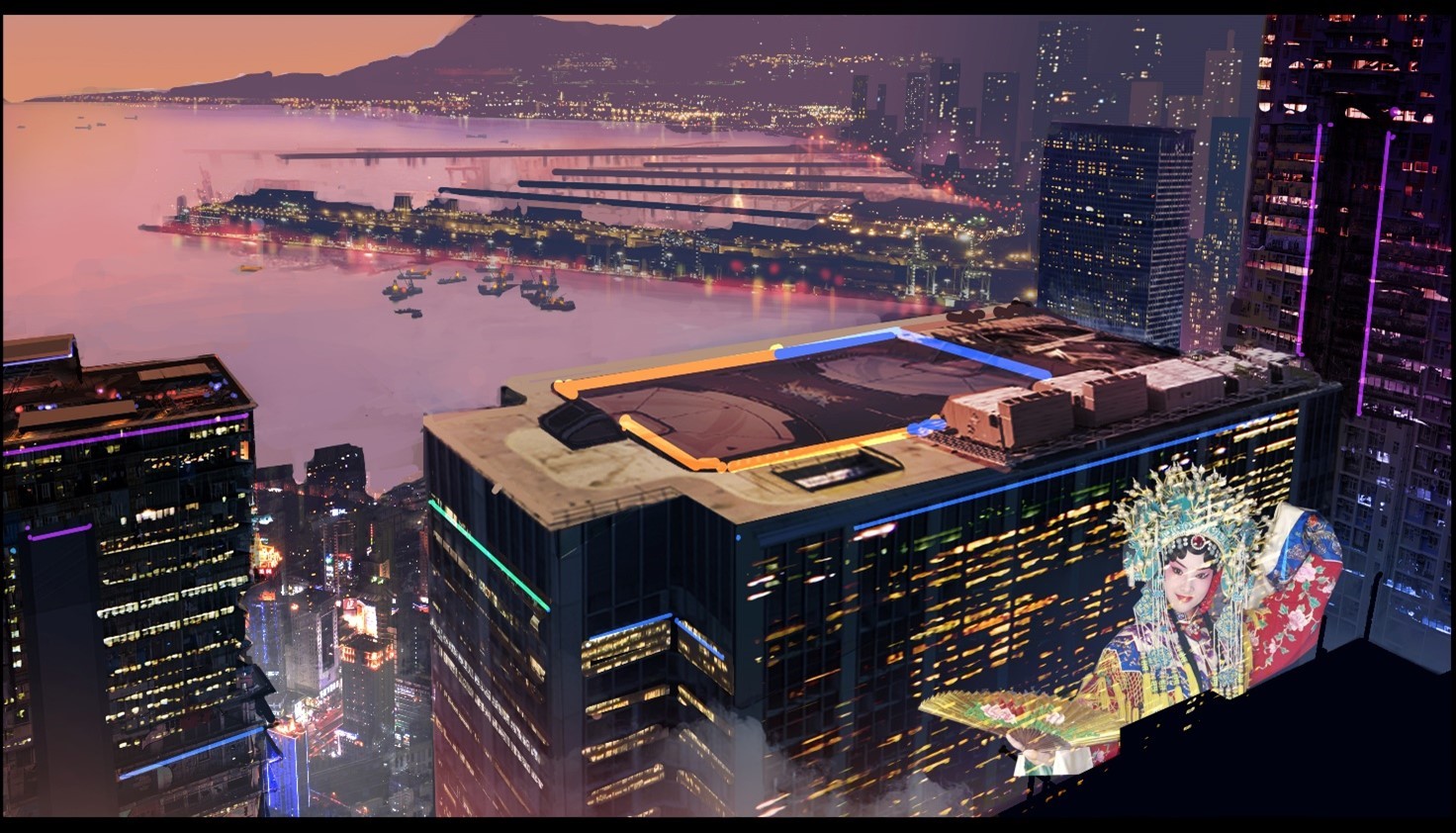 The roof top in the city is the general stadium theme that we were working with.

Simultaneously to designing the cityscape, we were also working on the stadium itself and its immediate surroundings which looked more like this 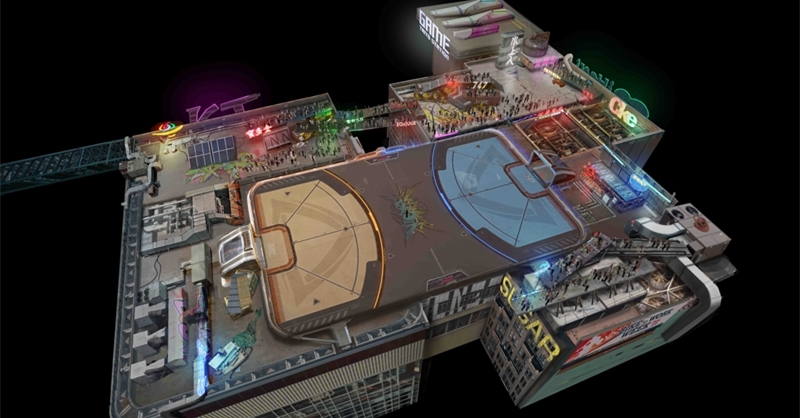 At this point we were working towards a more commercial feeling on the roof top, but we ended up making it look a bit more industrial in the end.

Then we started to add special designs to the stadium to make it look more interesting. Below you can see our designs for the goal posts: 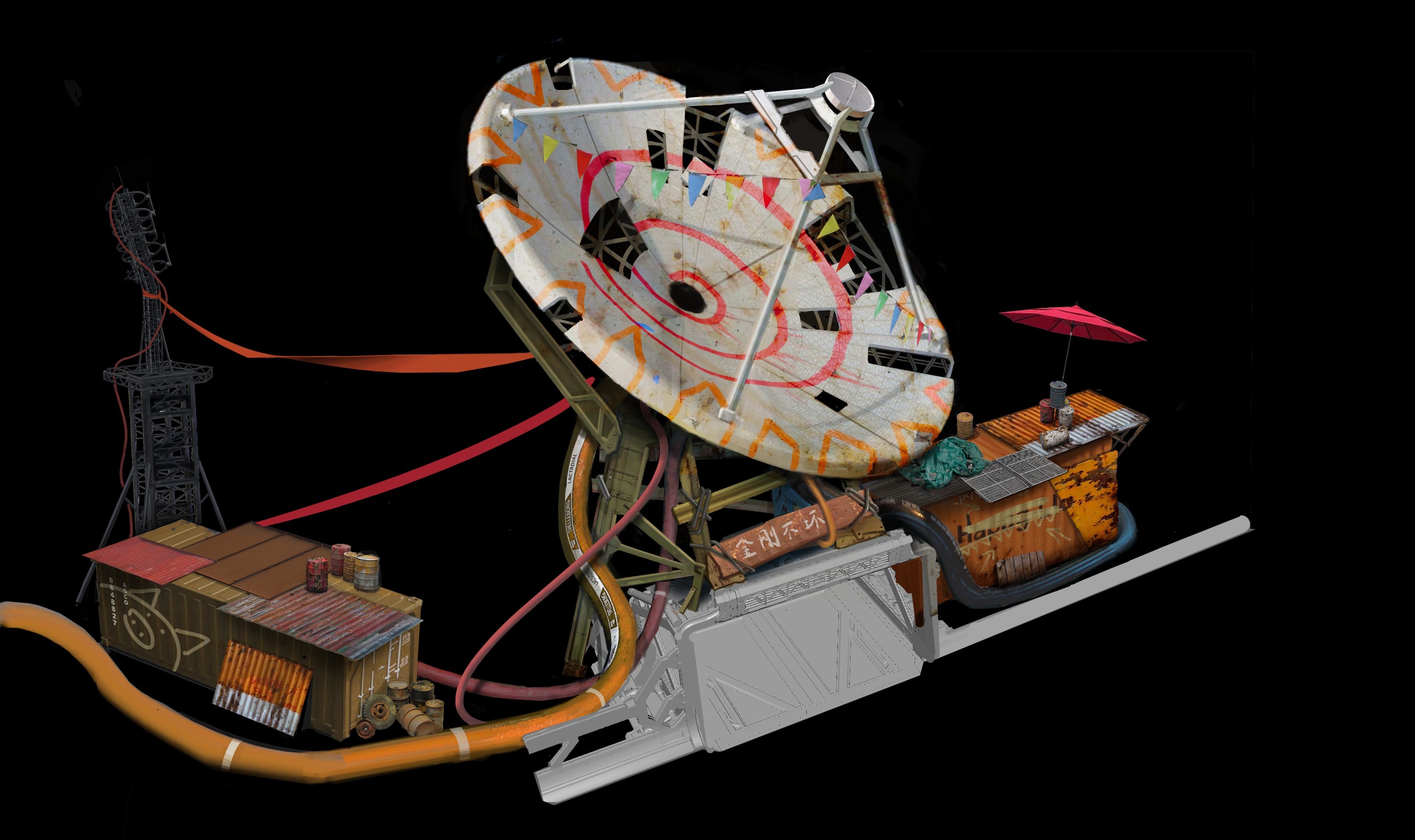 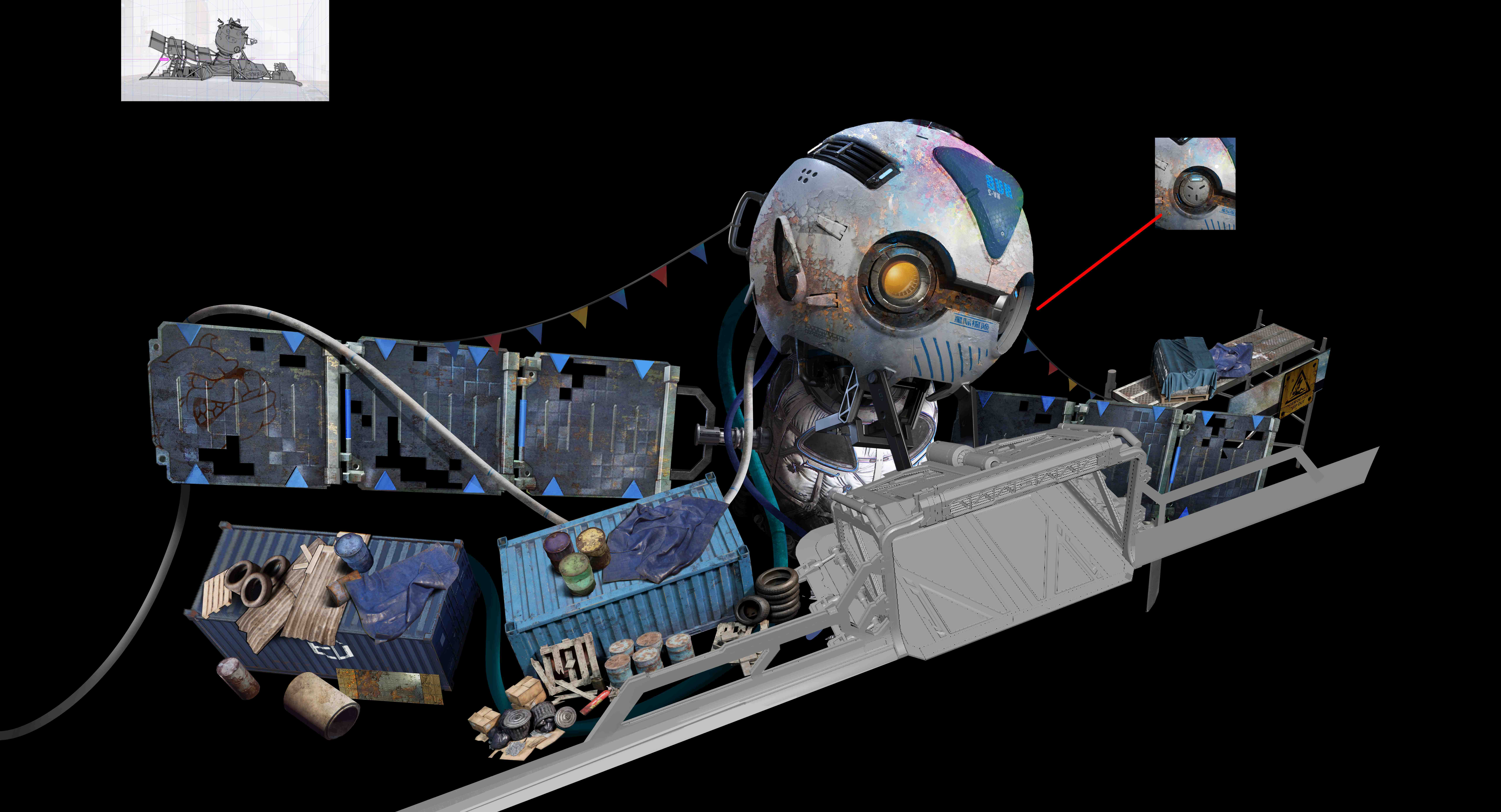 While we were working on the immediate surroundings, we also kept on developing the cityscape and added elements such as these 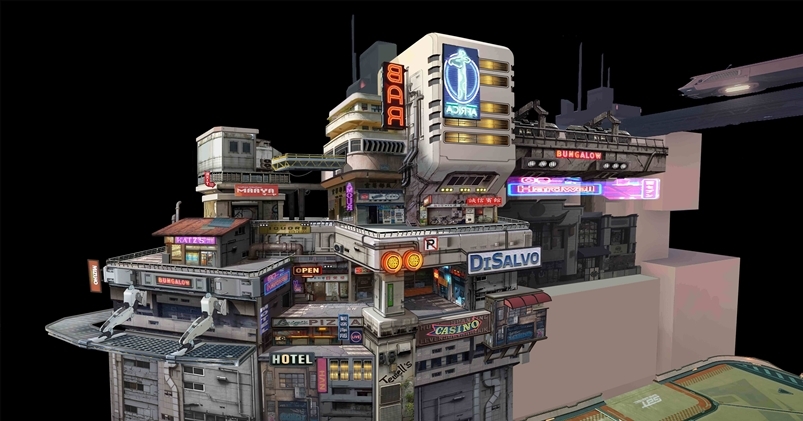 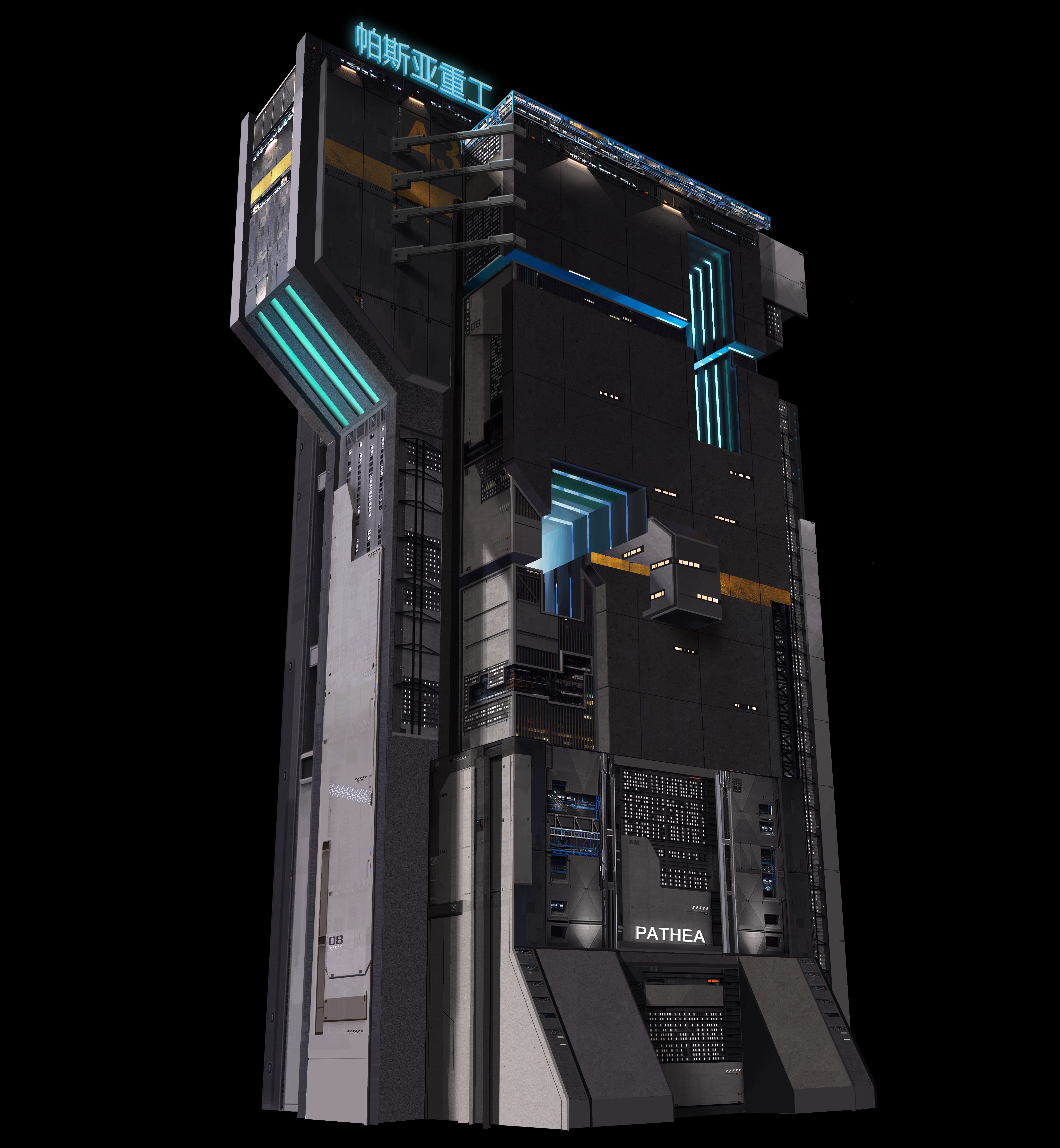 And when putting it all together, it finally looked something like this 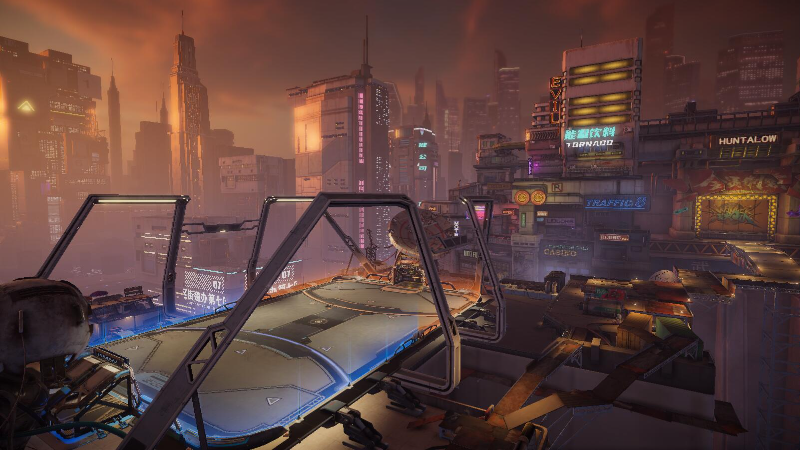 We are looking forward to having this baby populated with players, and also if you have any suggestions for a name, we are open to ideas at the moment.

Have some great holidays and stay safe!

Here we celebrate Christmas and New Year with an all new special episode of My Time at Pathea.

We have announced My Time at Sandrock, we launched the game Ever Forward, we had SBT in open alpha and open Beta.

Next year is expected to be even bigger as we are expecting to Launch both My Time at Sandrock and Super Buckyball Tournament and we have been working hard to get the games ready for you.

At Pathea we thank everyone for all the massive love and support for our games. We’re looking forward to bring you more amazing content in the coming year, can’t wait to see you next time! 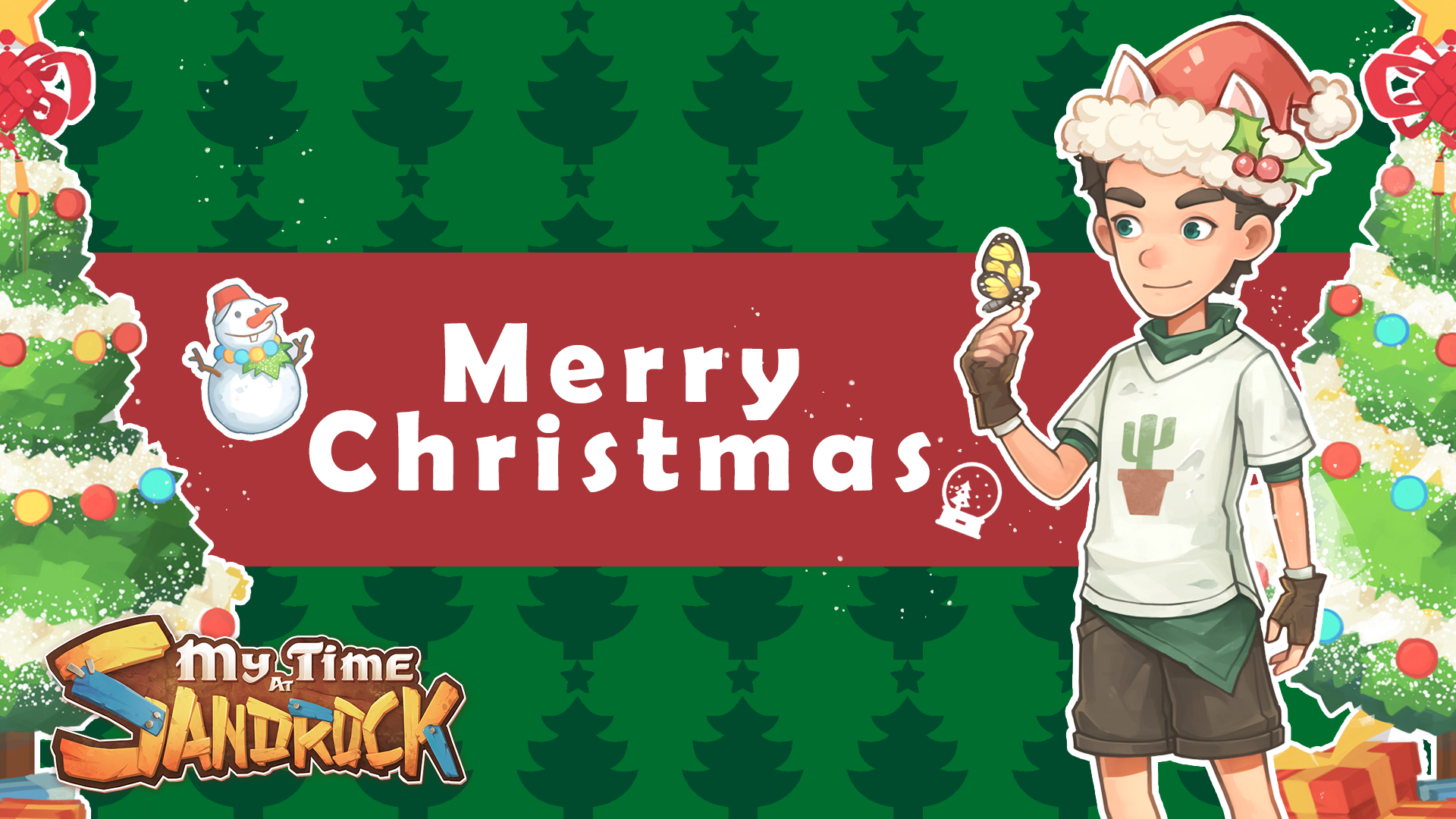 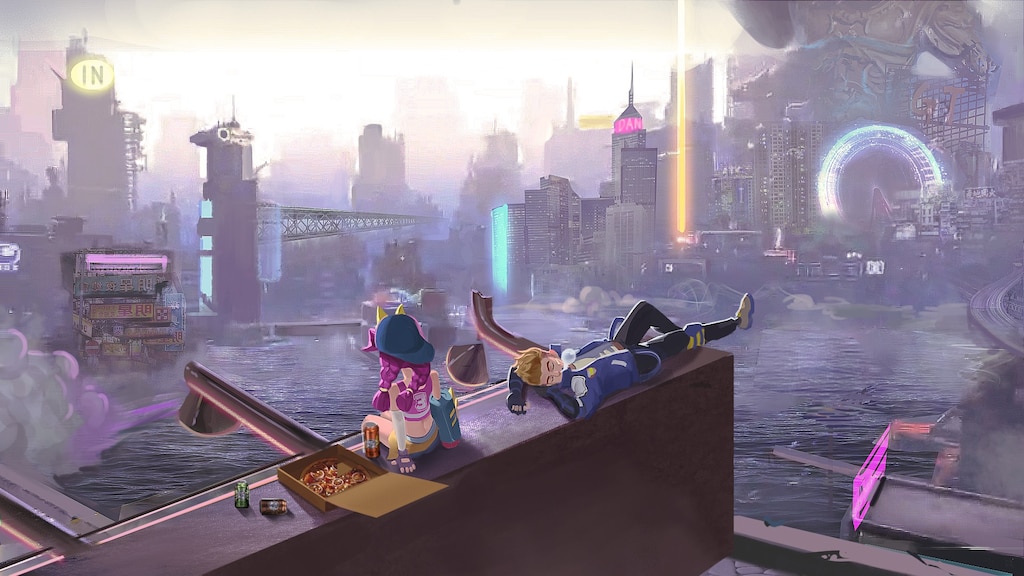 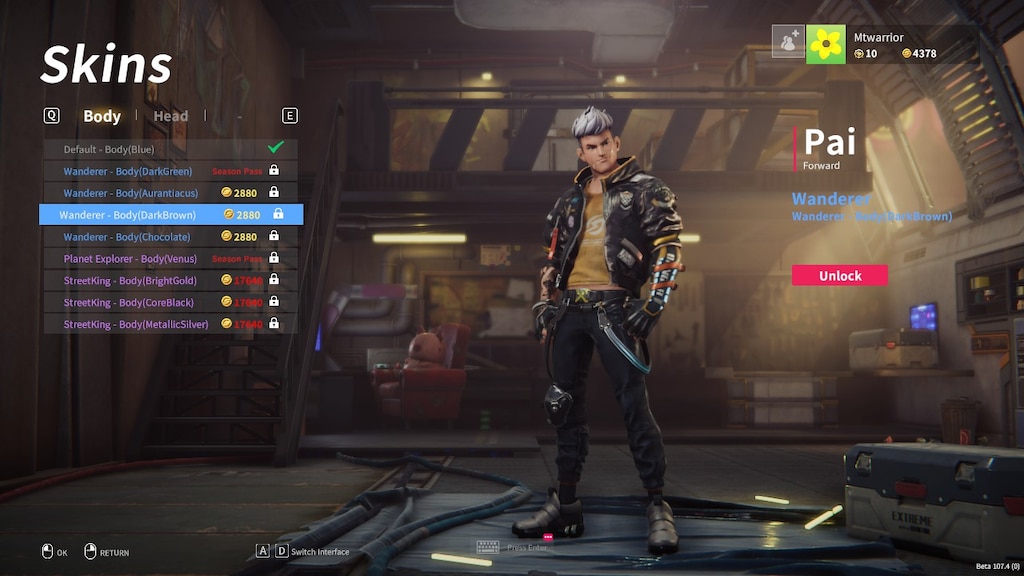 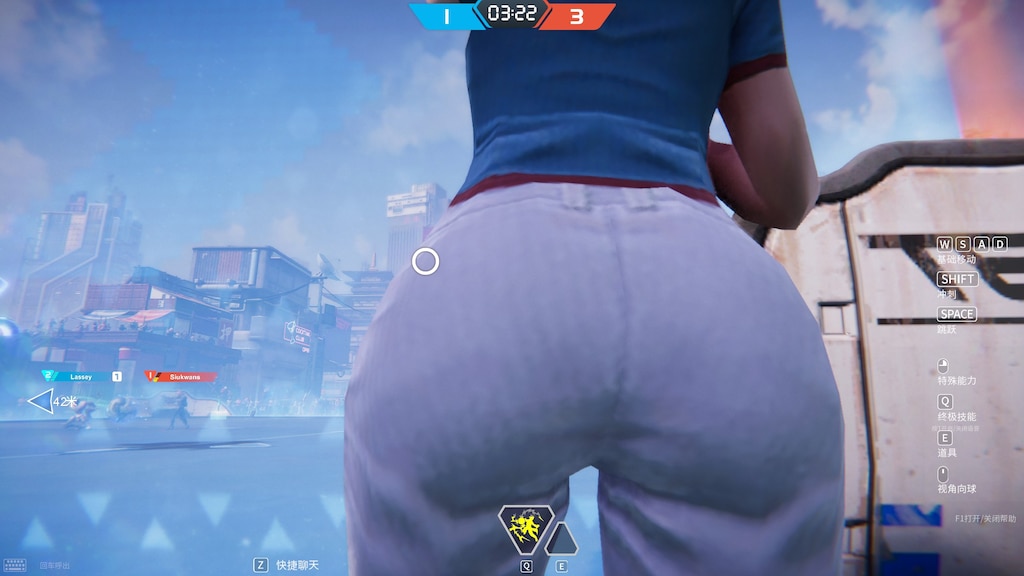 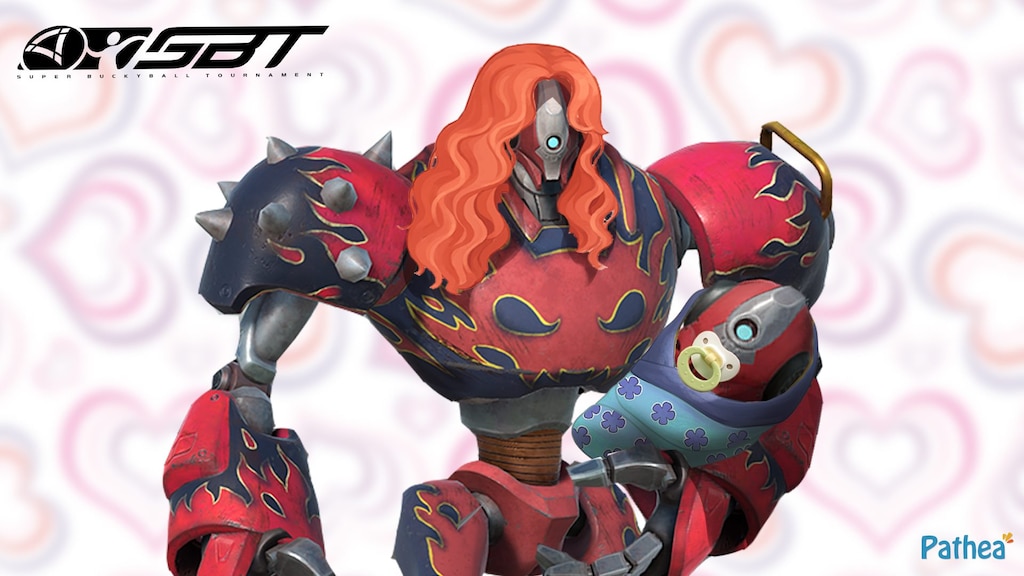 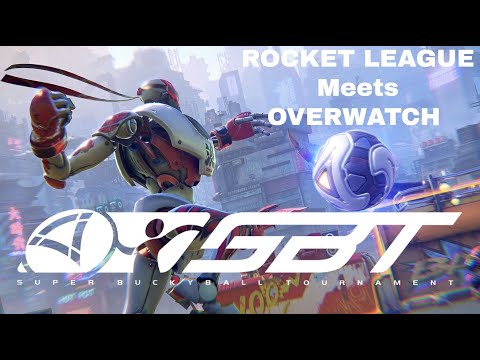 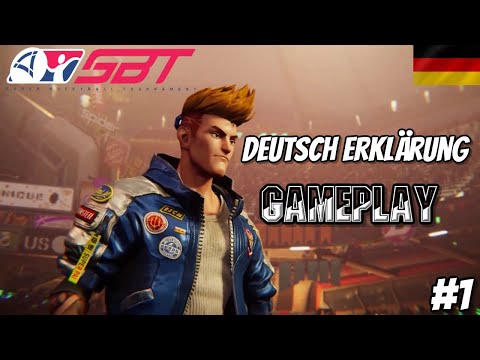 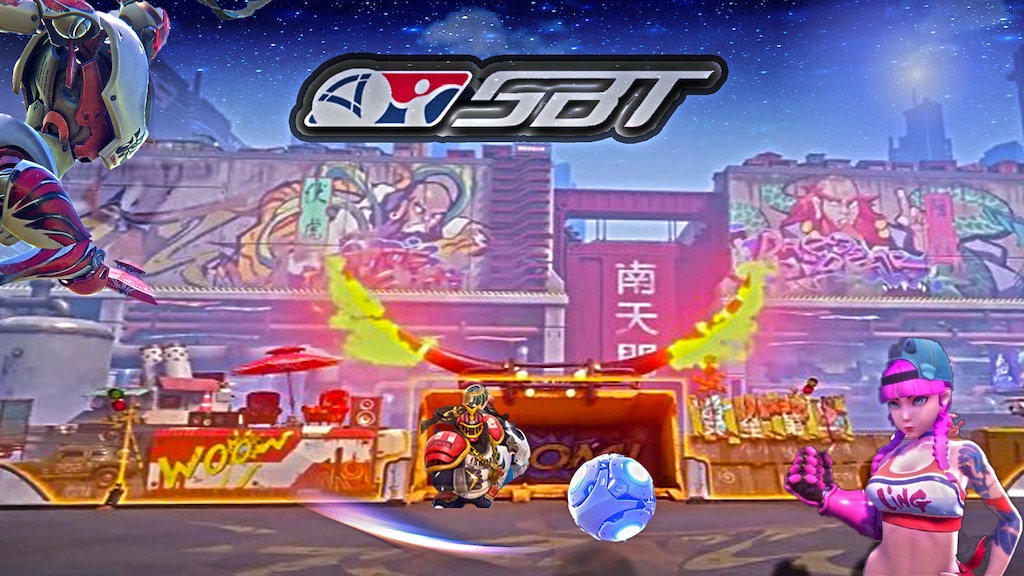 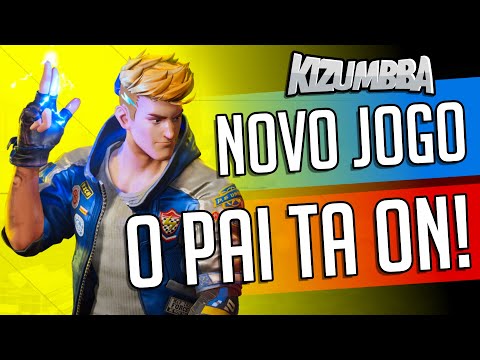 kumosenpai
View artwork
Why is punching the ball not accurate?
I'm not sure if it's a design choice or not, but the ball doesn't go the direction you are aiming sometimes. If i aim the ball directly to the goal, it will sometimes just curve right by itself. Why?
8

Vampylee
Dec 3, 2020 @ 2:47am
General Discussions
The games title is a little rough
IMHO If this game going to catch on, change the title. Super Buckyball Tournament is a little tacky and honestly my eyes glanced right over it until i saw it said "f2p". But besides that im drunk and this game is ♥♥♥♥♥♥♥ dope
8

Fried Chicken Quan
Nov 29, 2020 @ 7:20pm
General Discussions
Is game dead?
Yall think playerbase will pick up? I wanna try it but not if im gonna be waiting in queue for 10 mins.
7

SiLLaD
Nov 29, 2020 @ 9:40pm
General Discussions
With full release, do I lose my season pass levels?
I just grinded to buy a full skin set for lang.

How To Play R47 (Defensive Guide)
This is a complete and comprehensive guide on how to properly play the defensive character R47. In this guide I will show you secret tips and techniques that a high R47 would use, and you can too!