Feel the thrill of the chase and the rush of escape behind the wheels of the world’s hottest high-performance cars in Need for Speed™ Hot Pursuit Remastered– a heart-pumping, socially competitive racing experience.
$29.99
Visit the Store Page
Most popular community and official content for the past week.  (?)
UNDER THE HOOD: RACE AND CHASE TOGETHER
Nov 18
One of the simplest and purest joys in Need for Speed™ Hot Pursuit Remastered is beating your friends. If it happens by pulling a few dirty tricks here and there, that’s just part of the fun. The Autolog system – always keeping an eye out to deliver challenges based on your friends’ activities – plays an essential role in facilitating this competition.

NFS Hot Pursuit Remastered is a thrilling experience on your own. Competing with your friends takes it to the next level.

Autolog – Connect, Compete, and Compare
Autolog allows you to connect, compete and compare with your friends. A great starting point for connecting with your friends is The Wall. It’s a shared messaging system where you can comment, chat, and share pictures taken from within the game.

But it’s so much more. On The Wall, you can also post your gameplay performances. Your friends can then start the same event you just posted straight from the messaging system, taking a shot at beating your time.

Autolog constantly listens to what’s going on within the NFS Hot Pursuit Remastered network. In simple terms, if a friend beats you, Autolog is going to tell you about it. You’ll get personalized, dynamic recommendations delivered based upon what your friends have been doing.

It lays the foundation for an asynchronous way of challenging each other, meaning you don’t have to be online at the same time to keep the competition going. Autolog is built to make it easy for you to play and compete on your own terms and schedule.

Race and Escape in Head-to-Head Multiplayer
The adrenaline rush of racing each other live head-to-head is, however, unmistakable. There are several multiplayer modes in NFS Hot Pursuit Remastered supporting up to eight concurrent players, spanning traditional online races to all-out weaponized madness. 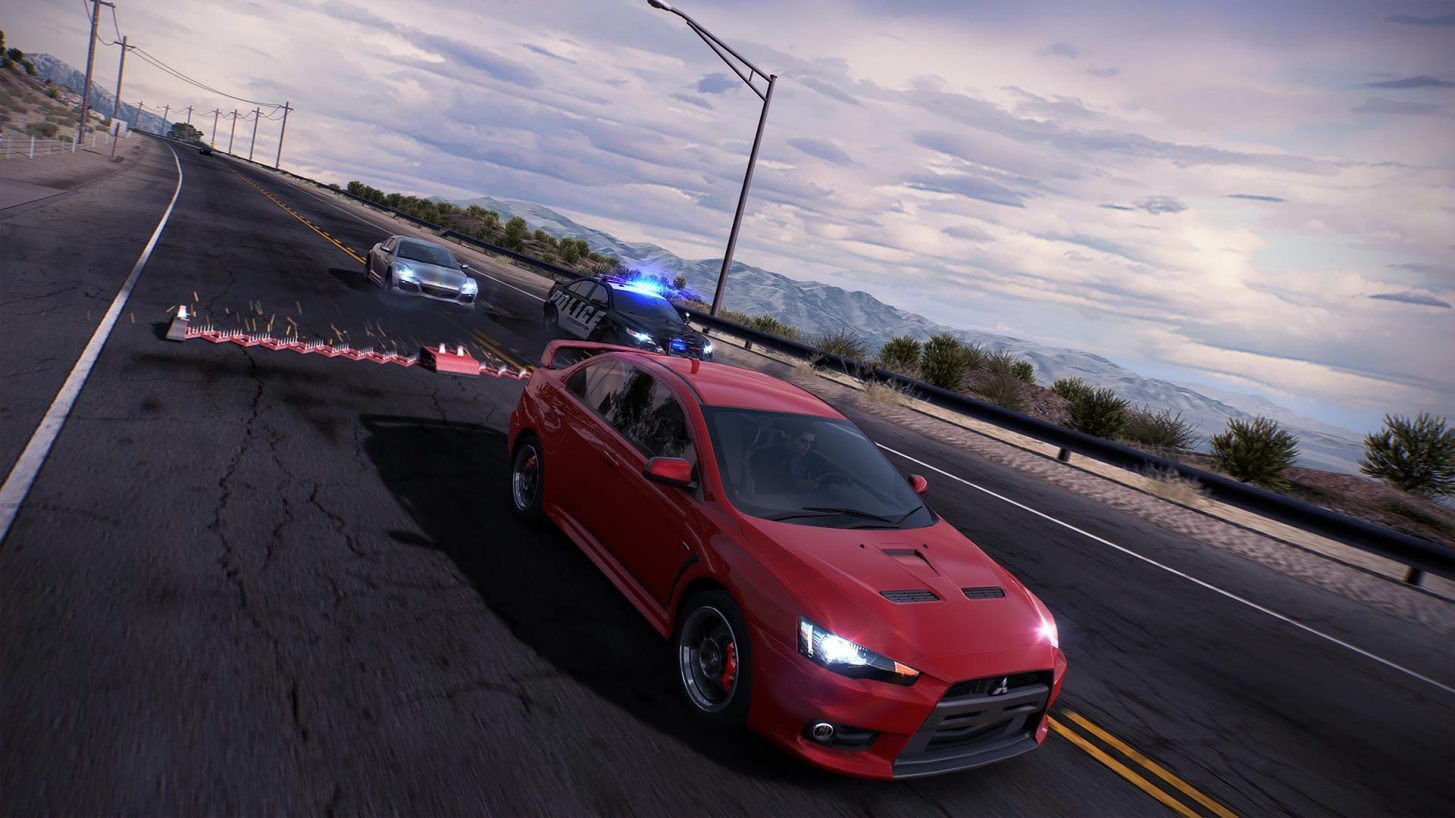 Drop a spike strip to keep pesky chasers far behind.

The explosive dynamic between racers and cops in modes such as Most Wanted will add even more fuel to your heated rivalries. This is where the dirty tricks really come into play. Racers have access to the following gadgets and weapons:


Alongside EMP and spike strips, cops are equipped with the following:

With Autolog, a long list of supercars to choose from, the option to race on either side of the law, and weapons amping up the heat even more, NFS Hot Pursuit Remastered offers a wide spectrum of opportunities to race, chase and compete your way.

So challenge your friends head-to-head or asynchronously online. Claim your rightful place on top of the leaderboards in racing that is socially competitive at its core. And do it across platforms with cross-play – players on PS4, Xbox One, PC, and Nintendo Switch can all race each other.

REIGNITE THE PURSUIT, OUT NOW!
https://store.steampowered.com/app/1328660/Need_for_Speed_Hot_Pursuit_Remastered/

Need for Speed™ Hot Pursuit Remastered
81
10
NO Steering Wheel Support!?
I am surprised to see that my g29 is not recognized by the game, while this same g29 is recognized by nfs hot poursuit on PS3
63

Exx
Dec 1 @ 8:14pm
General Discussions
Origin friends thread
I'm looking for people to add on origin so I have some friend times to compare against, feel free to add me if you're looking for the same thing. then drop your origin username in the comments below for other people to add you Origin id: I'm no longer adding people, please add the latest 5 or 10 comments as they are more likely to accept as time goes on. You can disable unnecessary notifications by opening origin and going here ...
50

FunkeymonkeyTTR
6 hours ago
General Discussions
New events and main DLCs and can I activate the Steam version on Origin?
Hi the discription says NFSHP Remastered contains all main DLCs and 30 new events. Can anyone tell what the DLCs are and what events they mean. It sounds interesting to me because I never new that NFSHP had DLCs and the main question is can I activate it on origin when I bought it on Steam? Thank you...
3 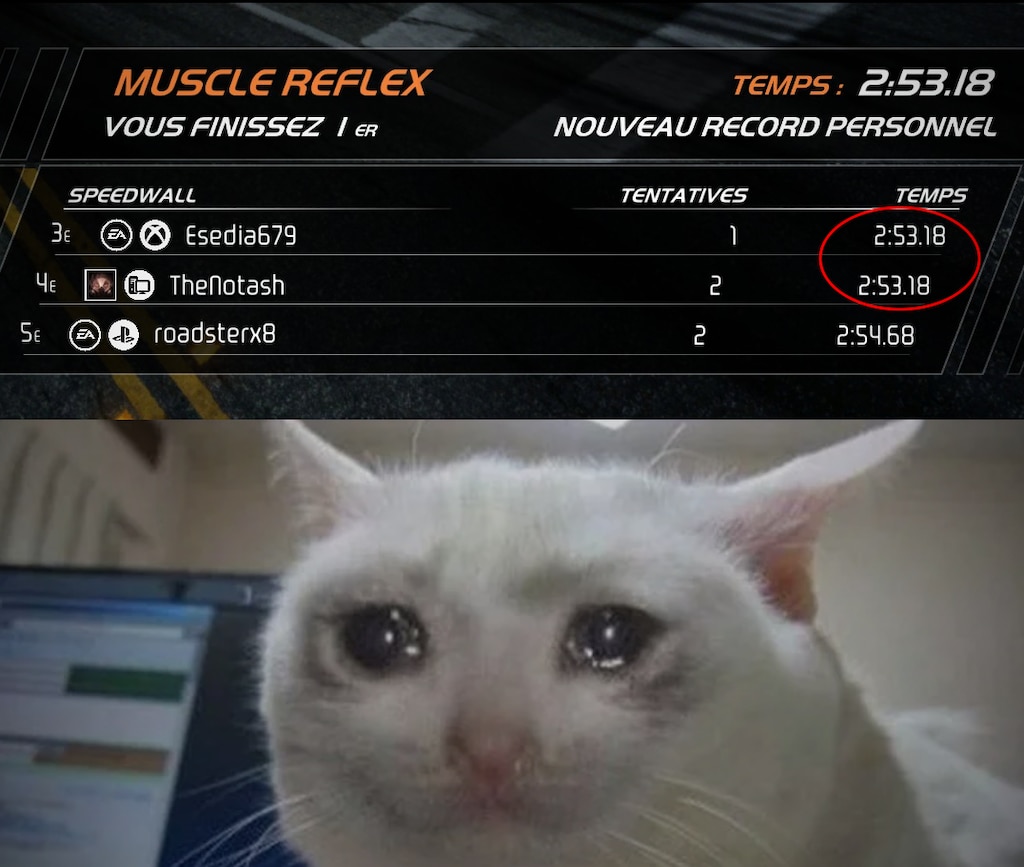 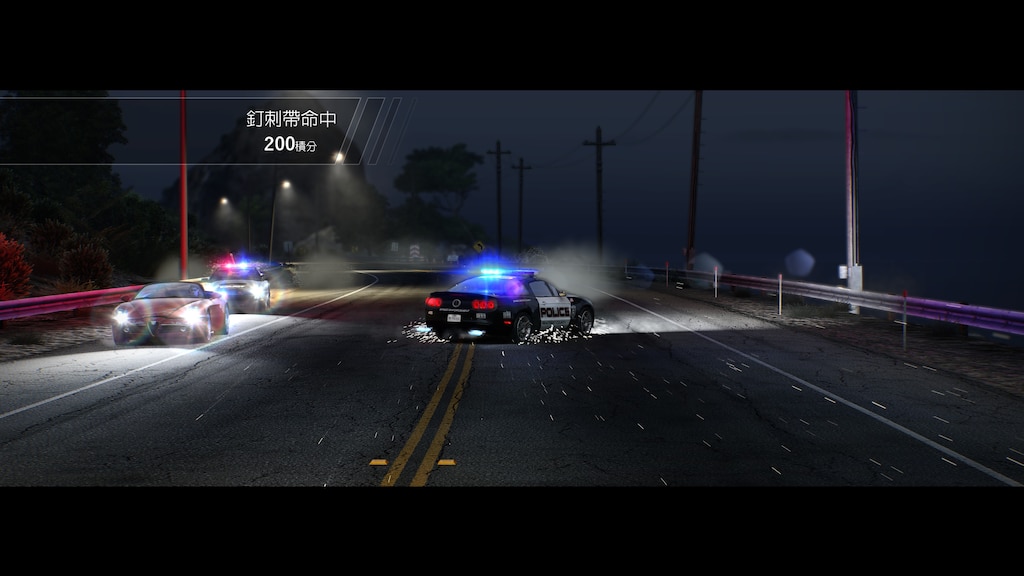 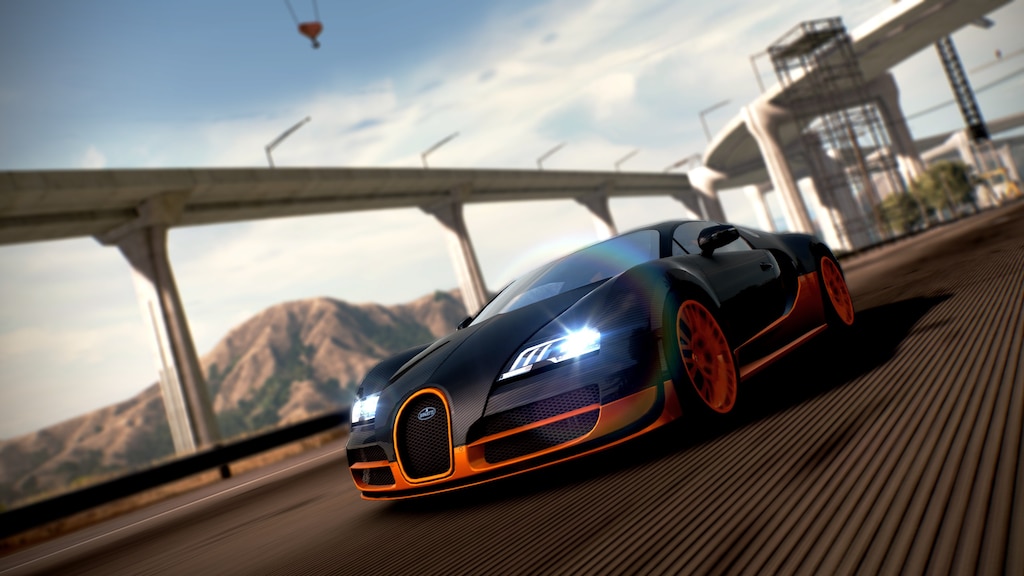 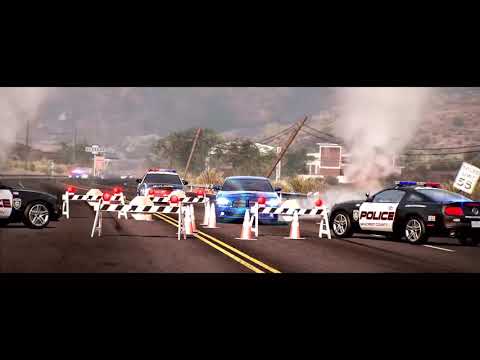 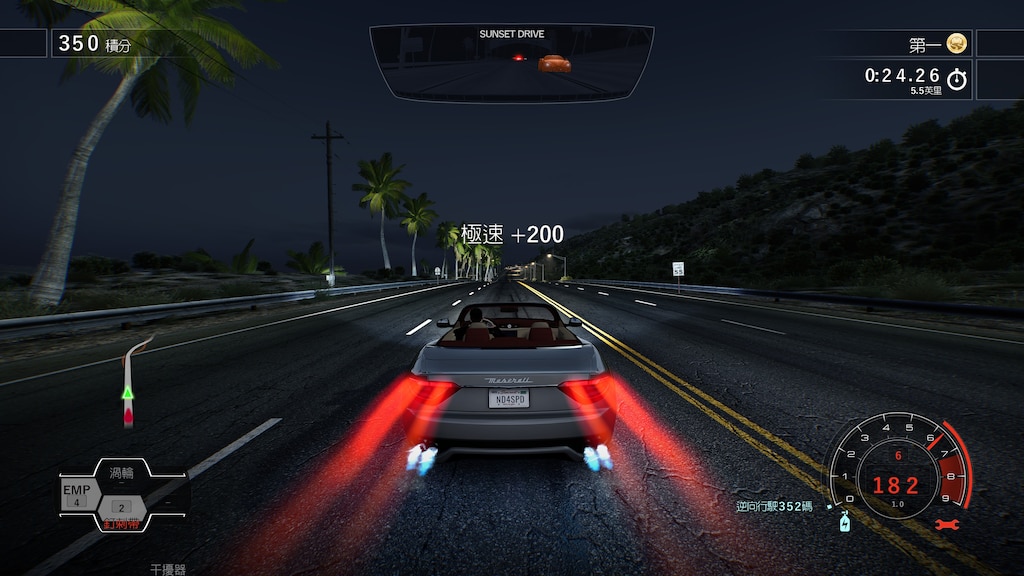 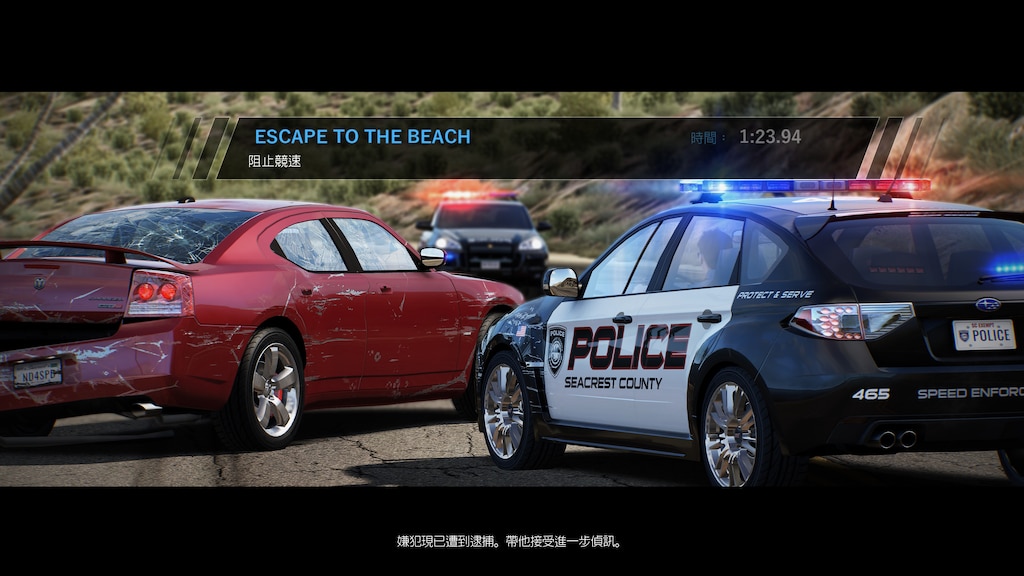 Not Recommended
9.0 hrs on record
This was a tough review for me to write, only because I had 100s of hours in the original. This game is a slight upgrade, not sure it's worth it's price unless it's on sale. My main issues are with multiplayer, which was the whole reason I bought this knowing there would actually be people on and playing for once. Let's get to the list.

Pros
* Lots of different cars to unlock
* Probably the best NFS because you can also play as the cops
* Graphics are minor upgrade from the original
* Decent story
* Multiplayer - lots of different modes, the best imo is Hot Pursuit mode racers and cops 4 v 4 (this is hands down where my 100s of hours went)
* Actual people playing multiplayer

Cons
* This game doesn't have enough improvements to warrant "the remastered" title. In fact, if you load the games side by side, you'll be hard pressed to tell the difference. (I did this, I have it on my xbox.)
* Same bugs, glitches and issues that were in the first one are still there
* Multiplayer forces a player to host the server, sometimes this creates an ungodly amount of lag - players will vanish, and then be in front of you, npcs will mysteriously crash into you when they weren't there before, you'll get hit with spike strips and emps outta no where (this is my biggest gripe) this was really awful in the first one and it's the same if not worse in this version. You almost have no choice but to host your own games so you can TRY to cut down on the lag issues, but that doesn't help you if you have a player connecting to you from clear across the world.

In conclusion, the lag issues NEEDED to be fixed, but they clearly don't care. This issue alone makes the game unplayable quite often and is the main reason I cannot recommend NFSHPR. It's too bad, this is probably the best NFS. BUT if you are looking just a for a single player experience, then fear not. It's a lot of fun. Otherwise multiplayer buyers beware, purchase at a deep discount! 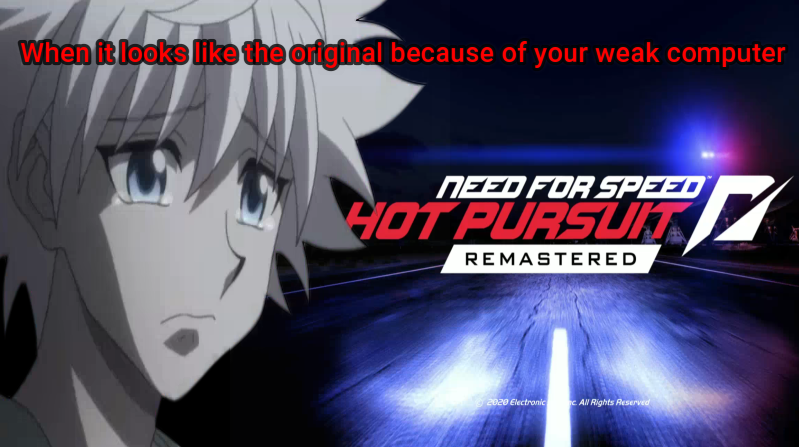 "Enable Crossplay" Crash on First Startup Fix
Fix for the game crashing on startup when you have to select for crossplay to be enabled or not. Obvious fix for most people, but some people might still be confused.

Handling Mechanics and Vehicle Recommendations
An introduction of HP2010/Remastered’s handling mechanics, and the best TA cars for each tier.

Not Recommended
3.4 hrs on record
Nostalgia, but not worth the price.

Race and chase solo or with your friends in this timeless experience remastered for today’s hardware with fresh graphics and gameplay. Bolt down the winding roads of the stunning Seacrest County in up to 4K/60 FPS and with additional visual improvements making up a much crisper, more living world. See the difference yourself. 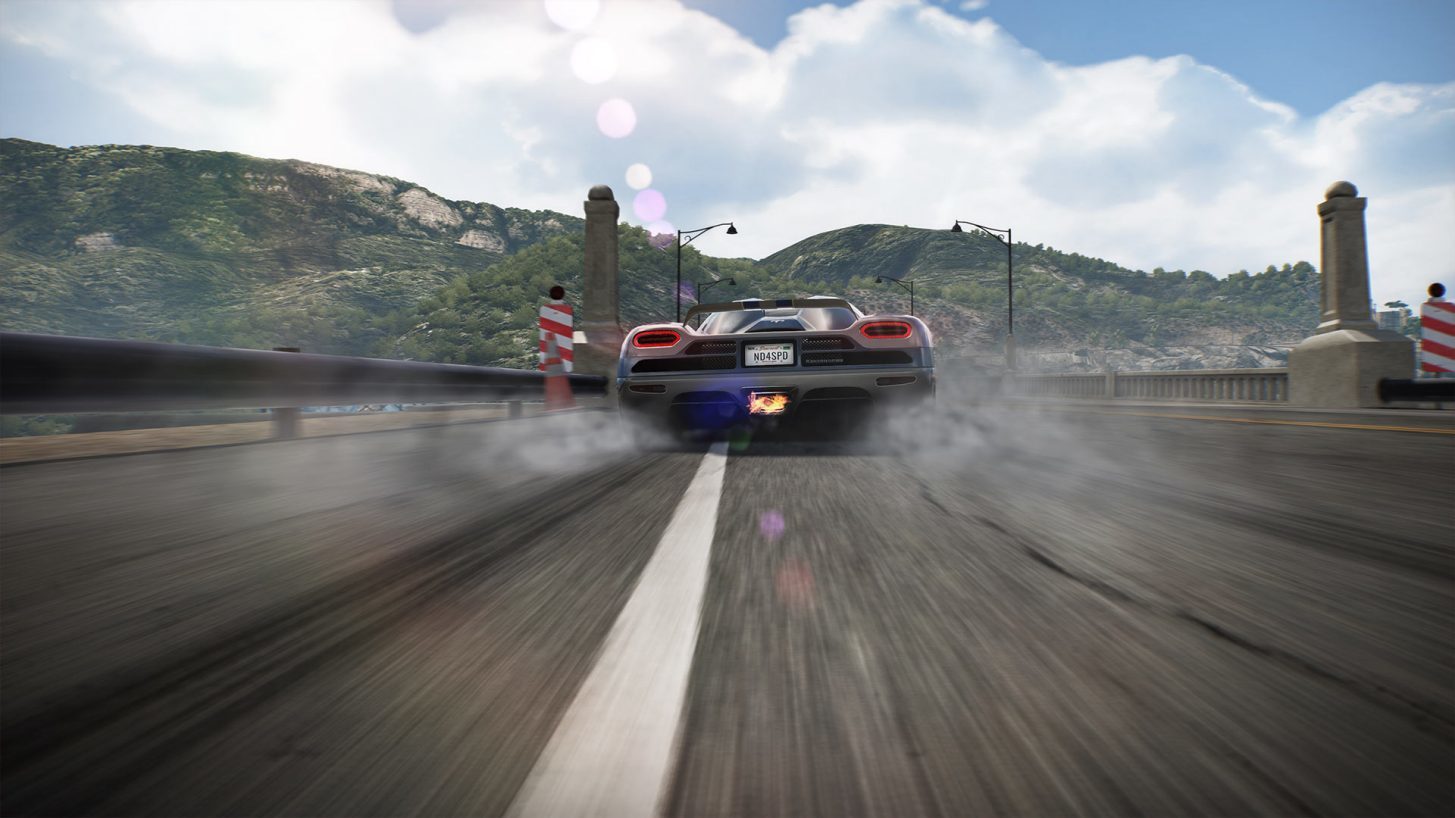 Compete head-to-head or asynchronously online via the groundbreaking Autolog system, delivering dynamic challenges based on your friends’ activities. Claim your rightful place on top of the leaderboards in racing that is socially competitive at its core. Now even more so than ever, as multiplayer supports cross-play between platforms. 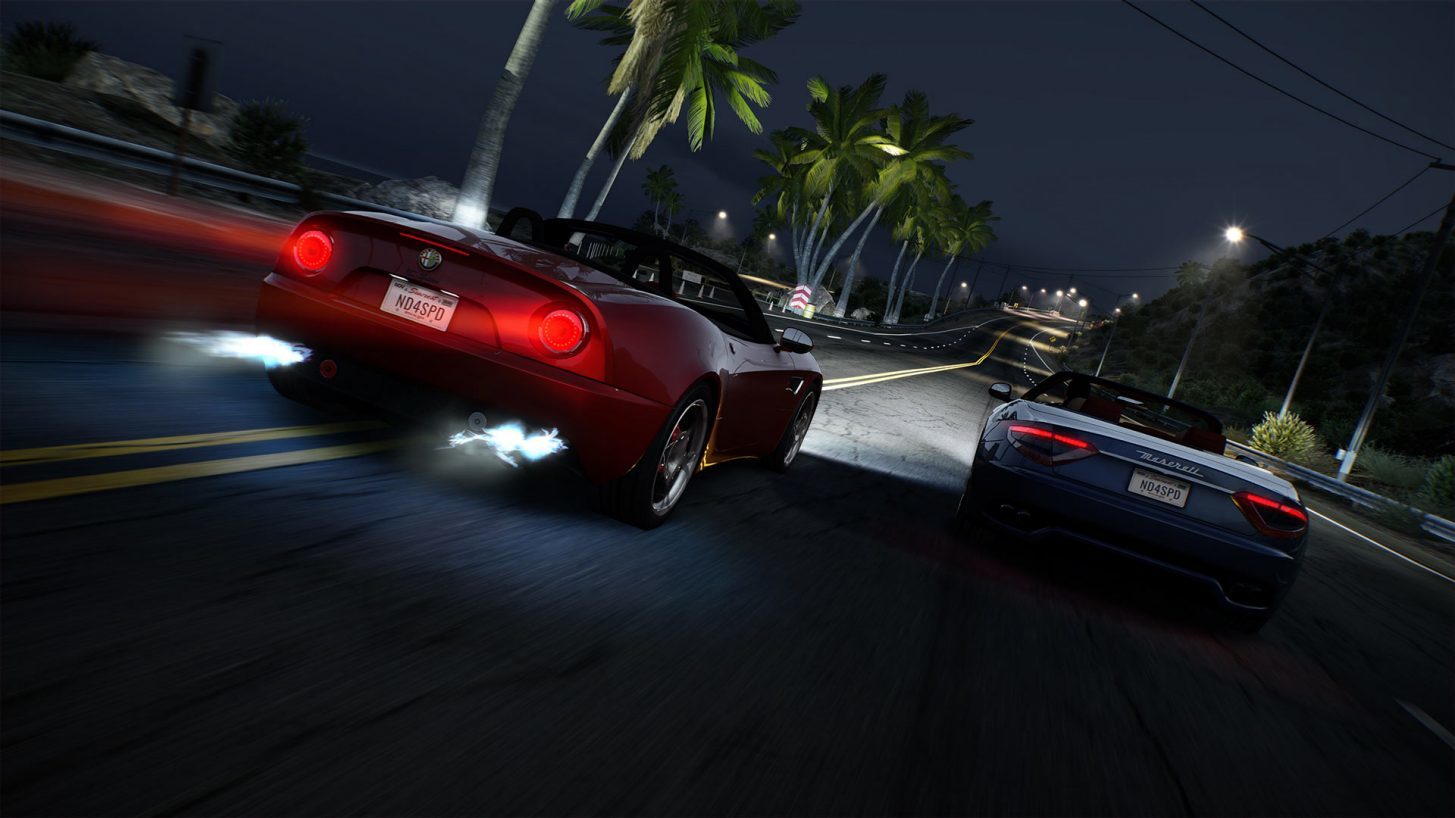 Speaking of intense rivalries – NFS Hot Pursuit Remastered includes two extra high-octane ways to enjoy multiplayer from the original game’s DLC: Arms Race and Most Wanted. Arms Race is a chaos-on-four-wheels race mode where everyone is armed to the teeth. Use gadgets, equipment, and dirty tricks against your opponents, and stop at nothing to be the first one crossing the finish line. 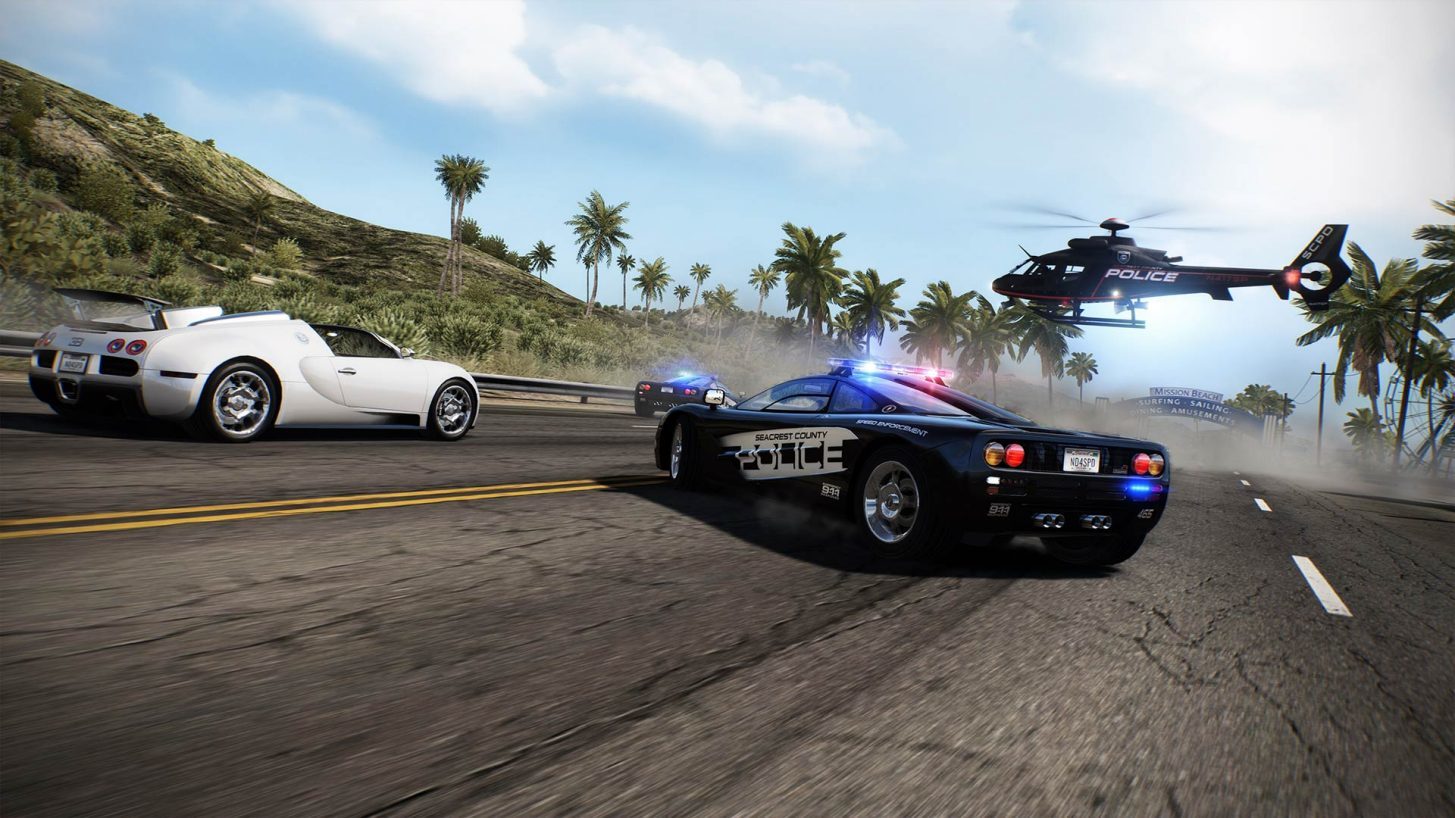 Most Wanted presents a thrilling open world experience where a team of cops is tasked with hunting down one player marked as Most Wanted. The hunted’s allies, on the other hand, must do everything they can to slow the cops down and help the Most Wanted to escape. 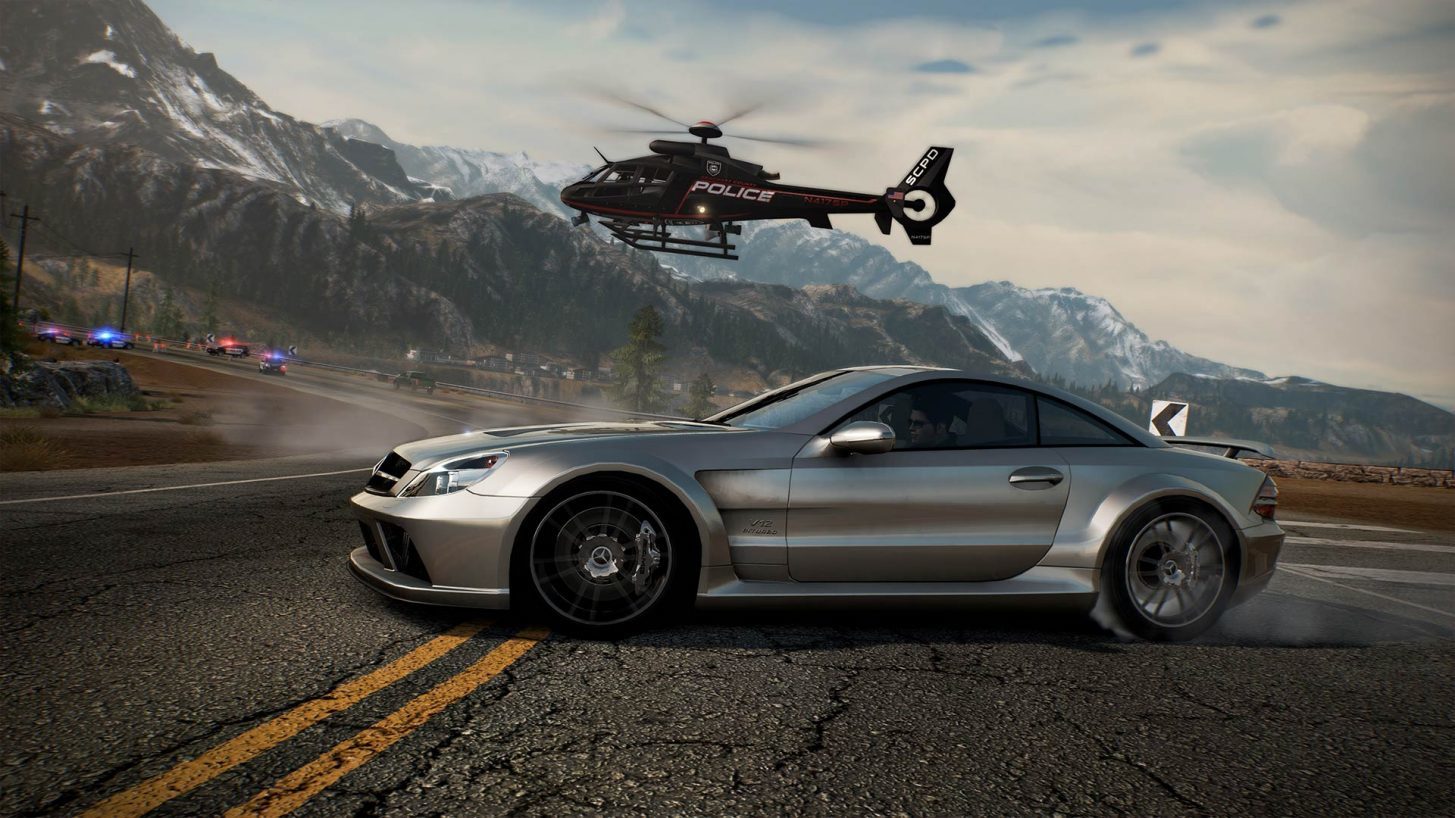 Both modes highlight the unique promise of Criterion’s action-racer classic: to empower players to push the world’s most desirable supercars to their limits on both sides of the law – with weapons! Bust suspects in supercharged cop interceptors, or level the playing field with counterattacks and defensive maneuvers as an elite racer. No matter what side you’re on, you’ll need to strategize and use a tactical arsenal to gain an edge.


The single-player career delivers the perspectives of both racers and cops, with a seamlessly linked multiplayer experience across all race modes. Six hours of extra gameplay and more than 30 challenges from five DLC packs have been integrated throughout, giving more content to discover from the get-go. Get all the details about the mouth-watering DLC cars included in NFS Hot Pursuit Remastered or head over to the full car list right away.

A savage sense of speed is guaranteed. Out Now!
https://store.steampowered.com/app/1328660/Need_for_Speed_Hot_Pursuit_Remastered/ 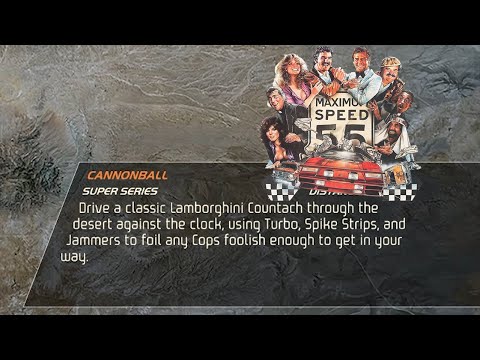 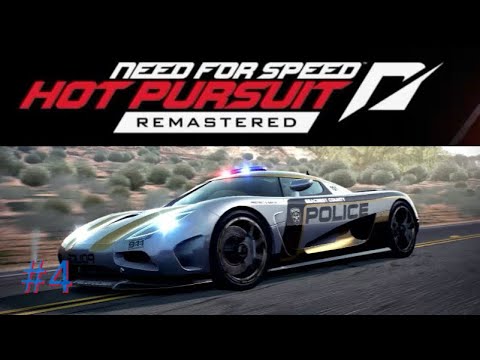 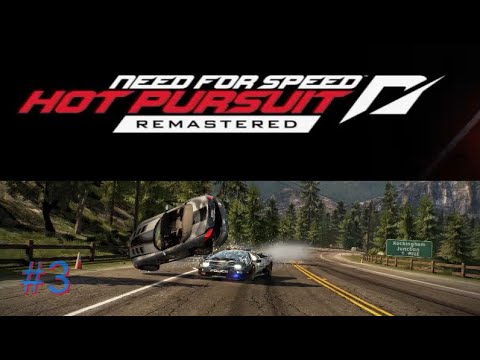 How to use (from what i guess) any steering wheel.
This is a guide to show those who are in disbelief how to use a steering wheel on NFS Hot Pursuit Remastered. Or generally anything that is used to play this game i guess... Like a third party controller. 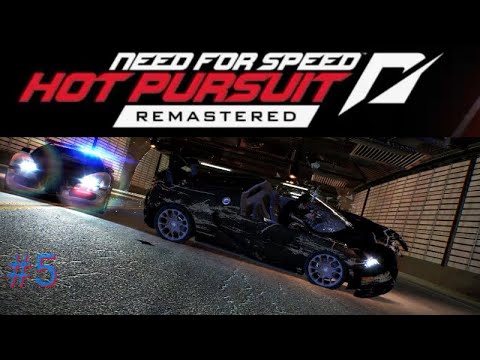 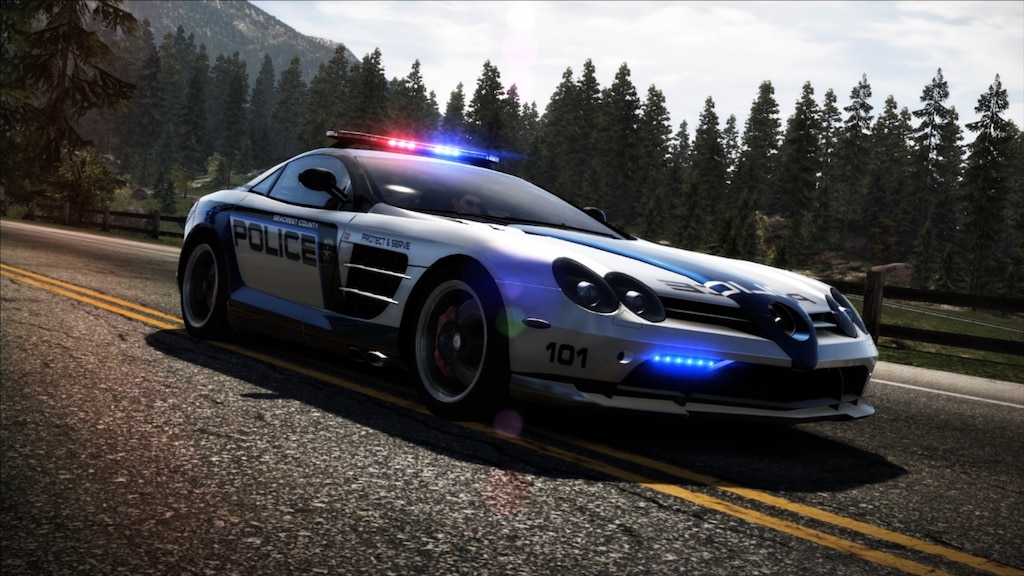 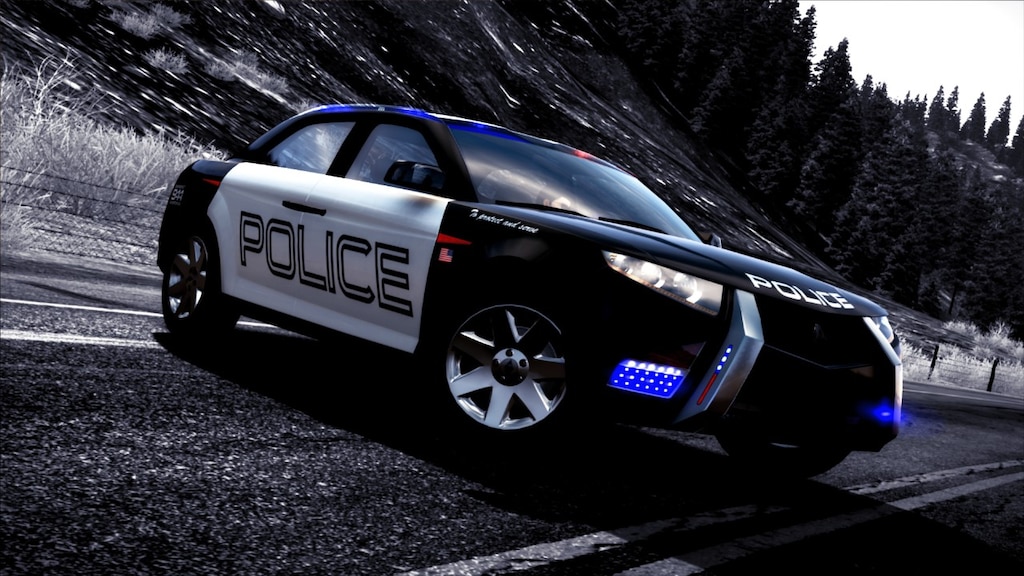 Mark
Nov 19 @ 1:39pm
General Discussions
UNDER THE HOOD: GAMEPLAY UPDATES
Oct 30
Last week, we welcomed you back to Seacrest County and compared the visual enhancements of Need for Speed™ Hot Pursuit Remastered with the 2010 original side-by-side. Today, it’s time to put the spotlight on all the extra gameplay content and updates, including a wide selection of exciting cars and events plus two unique multiplayer modes. 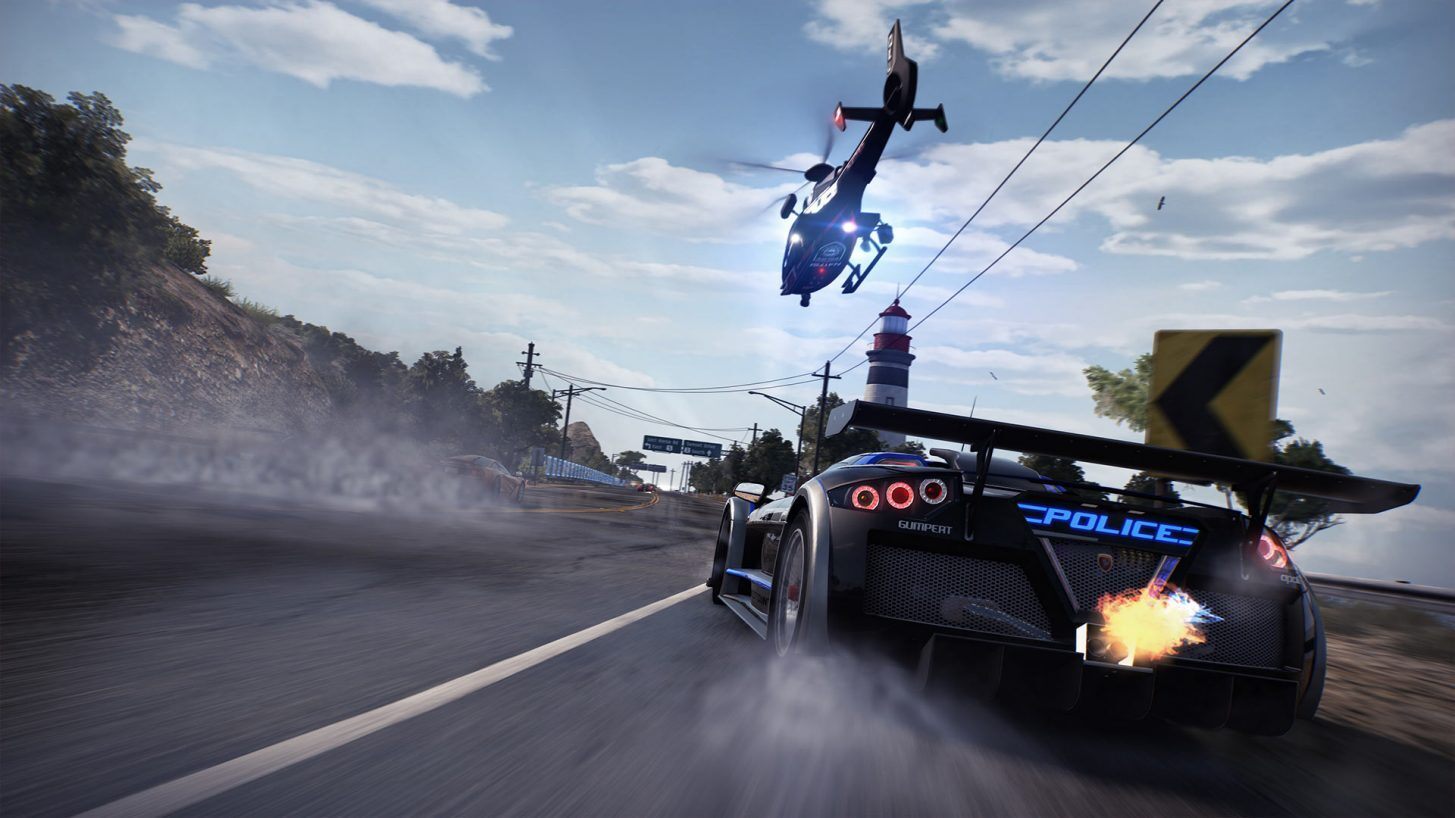 Five DLC packs – the SCPD Rebel Racer Pack, Super Sports Pack, Armed & Dangerous Pack, Lamborghini Untamed Pack, and the Porsche Unleashed Pack – are included from the get-go in NFS Hot Pursuit Remastered. Six hours of extra gameplay and more than 30 challenges have been integrated throughout the single-player career, giving more content to discover right out of the box.

Race in manufacturer specific events with an array of mouth-watering supercars. These are available for the first time on PC, and unlockable both offline and by beating your friends in online Autolog events.

Here are the DLC racer cars:

And the DLC cop cars:


Two exciting ways to race and chase in multiplayer have been added from the DLC packs as well: Arms Race and Most Wanted.

Arms Race is a chaos-on-four-wheels race mode where everyone is armed to the teeth. Use gadgets, equipment, and dirty tricks against your opponents, and stop at nothing to be the first one crossing the finish line.

Most Wanted presents a thrilling open world experience where a team of cops is tasked with hunting down one player marked as Most Wanted. The hunted’s allies, on the other hand, must do everything they can to slow the cops down and help the Most Wanted to escape.

In addition, the original game’s achievements and trophies have been updated and combined with the DLC equivalents. A brand new car color picker allows players to choose from a broad range of different colors and paint types. Every single shortcut and alternate route in the game world have been reviewed, too, with added props and improved visibility for any hard stop, entrance, and exit.

And that’s not all:

Need for Speed Hot Pursuit Remastered is available this November 6 on Steam!