The Kingdom of Myrtana has been invaded by an implacable horde of orcs. King Rhobar II, in need of a large quantity of magical ore in order to forge powerful weapons, operates the Khorinis mines with all available prisoners.
Visit the Store Page
Most popular community and official content for the past week.  (?)
We heard you loud and clear!
Apr 1
Gothic community, we hear you loud and clear. That’s why we decided to give you exactly what you’ve been asking for over the last two years: mounts for goblins.

The new Snapper mount for goblins will arrive in the in-game G-Store of the Gothic 1 Remake soon after release! Help them attack lonesome travelers in style with this exclusive reptile steed skin, available at a 50% discount for one week only. 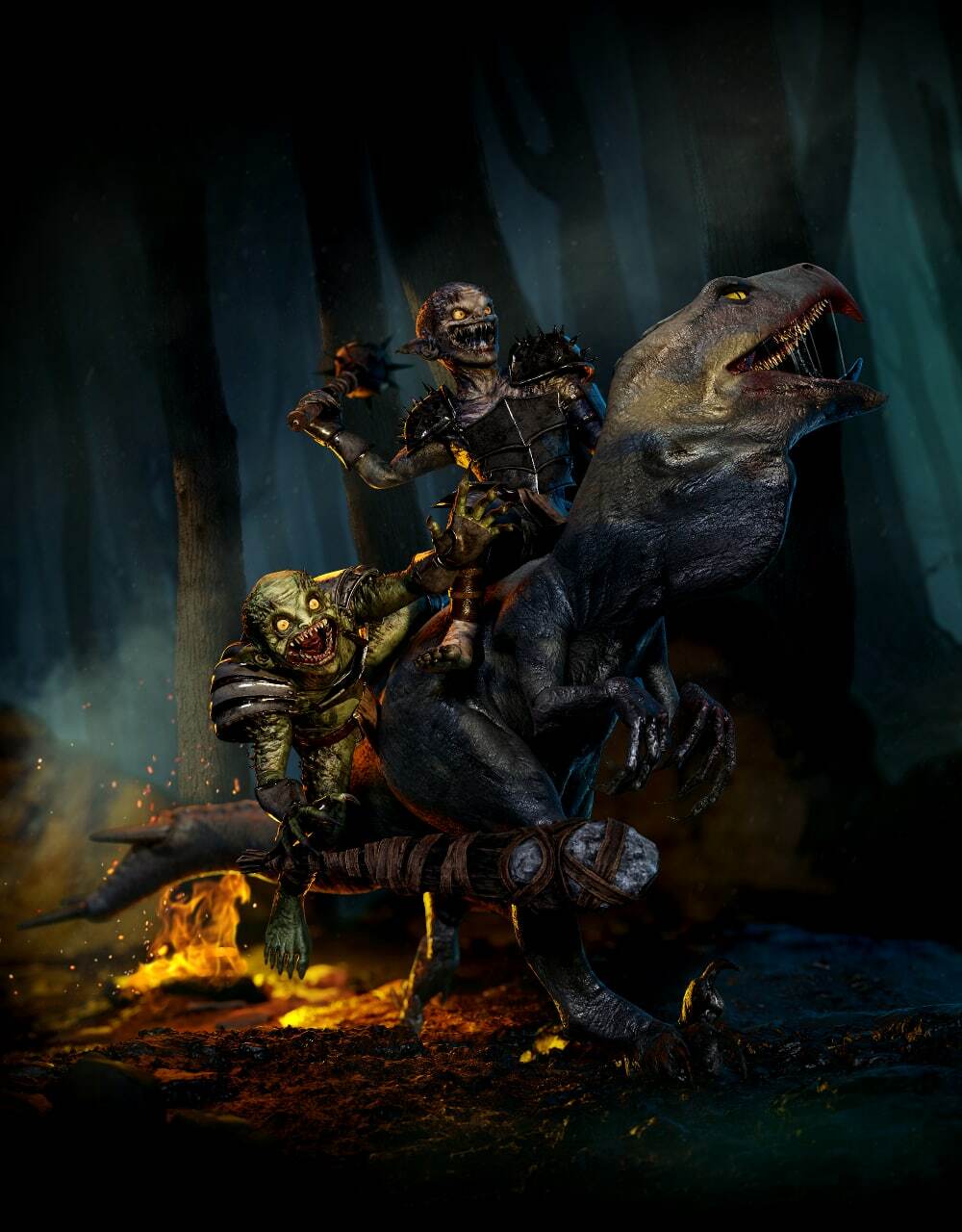 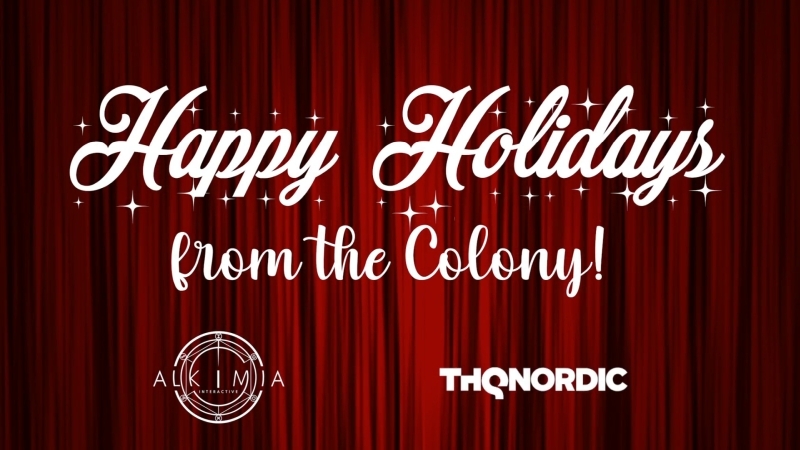 Greetings from the Colony! As the year 2021 is coming to an end, Alkimia Interactive and THQ Nordic just wanted to wish everyone Happy Holidays and a Happy New Year.

Thank you for your support and enjoy the holidays! We have prepared a short video from the Gothic Remake developers. The Goblin's hats will of course not be part of the game, who would put a Santa outfit in a game?

The Gothic Remake is currently in development for PC, PlayStation®5, and Xbox Series X|S. There is no official estimated release window yet.

Do you want to learn more about the Gothic Remake? Check the official website - https://www.gothic-game.com/

Gothic 1 Remake
331
22
General Update - Minecrawler Sneak Peak & Call for Community Manager Application
Nov 30, 2021
Back in March, we released a render of the actual in-game Scavenger created for the Gothic Remake to celebrate the 20th anniversary of Gothic. Since it’s been a while, we thought we would post another update.
We really enjoyed the critical discussions and constructive feedback that came out of this post and so we will continue releasing key elements of the game that way.
Today we're bringing you a sneak peak of our interpretation of the Minecrawler. 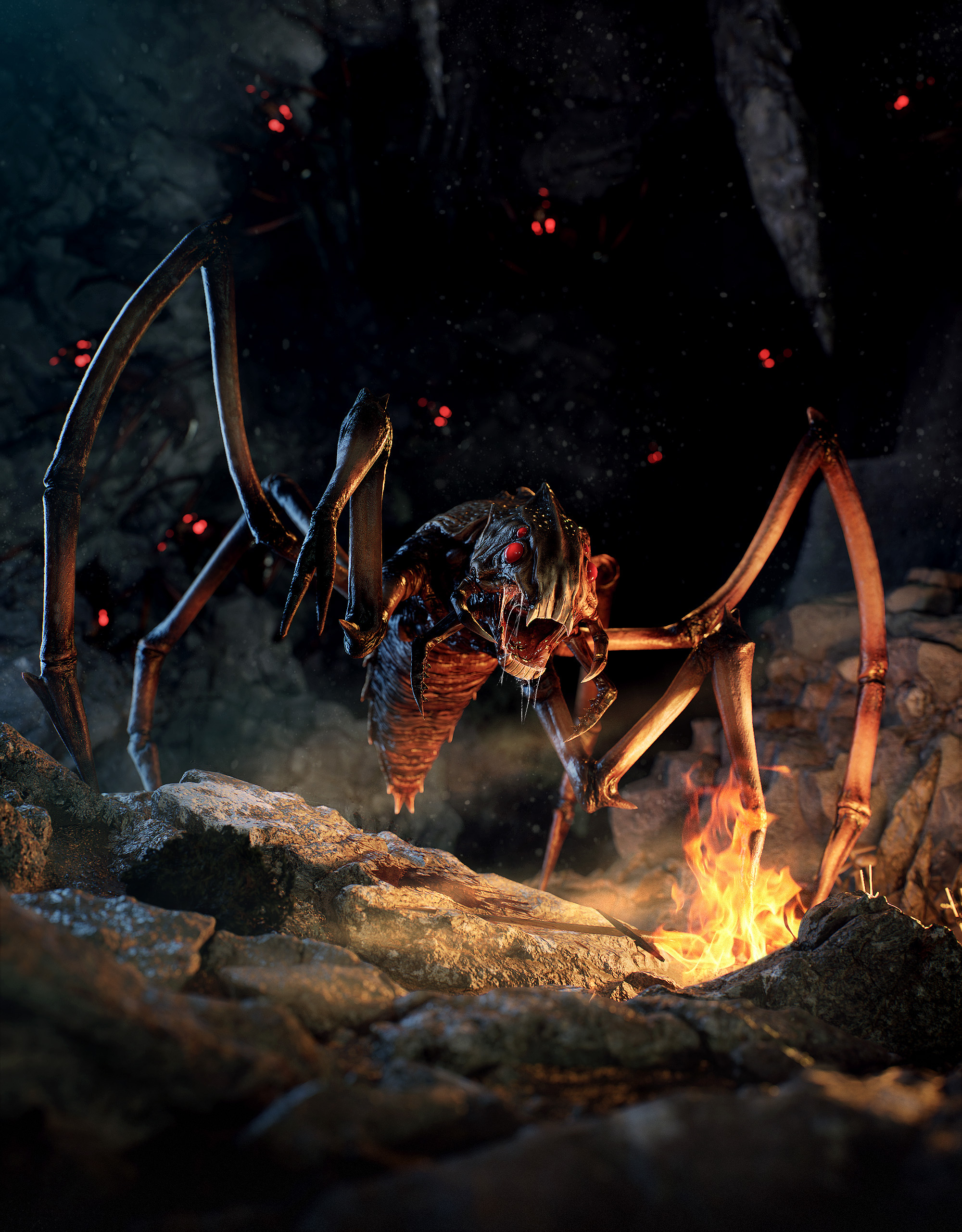 We can assure you that they’re even more terrifying moving around in-game. We also came up with a small additional twist to these creatures, but there’ll be more on that in a later update.

Generally, we are very pleased to share that the development of the Gothic Remake is progressing on all fronts. We have assembled a team of over 35 specialized developers at our Barcelona office and are working with several contractors and outsources in addition. Gothic may be more than 20 years old, but the scope of this game cannot be underestimated.

We are also still looking for additional people to join our team. If you’re interested, you can check our open positions here: www.alkimiainteractive.com

Today, we want to put a special spotlight on the open position of Community Manager at Alkimia Interactive! We are looking for a versatile person to join us at our Barcelona office and help with coordinating our communication efforts and community presence, among other things. The most important part is to be passionate about Gothic and proficient in English and German (ideally Polish or Russian as well). You can find more details here: https://alkimiainteractive.com/callforcommunitymanager.html

Wyzard
23 hours ago
General Discussions
Where is the demo?
Title
4

Korhal
Aug 13 @ 4:24pm
General Discussions
When? Когда?
When? When will the release finally take place? In 40 years of my life, I have never waited for anything so much as this remake! Dear developers, console me: tell me that the project is not stopped and the game will be on sale before I die. Когда? Когда наконец состоится релиз? За 40 лет своей жизни я никогда и ничего так сильно не ждал, как этот римейк! Уважаемые господа разработчики, ут�...
11

Lucky Man
Aug 14 @ 8:51am
General Discussions
Dear developers..
Maybe this is not the proper place for feedback, but I didn't find any other. I don't know if you read this, but I do hope so. First of all, let me thank you for remaking one of my childhood memories. Thank you. Thank you. Ehm, thank you! After watching the new trailer I am quite confident that you're nailing the tone of the old Gothic games. That was - to be completly honest - one of my main concerns early on. I really think you're ob the right track. Keep at it! That being said, I recently played Ele...
2