Dig, Fight, and Build your way through the world of player-created mods on Terraria with tModLoader - this DLC makes modding Terraria a reality!
Visit the Store Page
Most popular community and official content for the past week.  (?)
TML 1.4 Alpha 2022 May Stable Update
May 4
May's 1.4-stable Alpha release is here, bringing in many essential improvements from April.

Changes' Highlights
The following is a list of the most noteworthy pull requests and commits that have been pushed to 1.4-preview in April, and are now available on the 1.4-stable branch.

(Mod developers will likely want to read the details in the Pull Request, linked above.)

OnSpawn Hooks:
Added the OnSpawn hooks for items, NPCs and projectiles (called when X.NewX gets called). Aside from being usable for basic initialization of these entity types, the hooks provide access to IEntitySource arguments that have been inaccessible for quite too much time.

Modernization:
ModGore and ModDust have been tweaked to streamline the API;
NPCs and Projectiles now only use (improved) cloning for instantiation, CloneNewInstances properties have been removed.

Gore Sources:
IEntitySources are now used for instantiation of gores too. Previously there had been an attempt to make them be used for dusts, but collaborators found this to be way too tiresome to deal with.

Entity Source Contexts, Helpers, and Reorganizations
ItemSourceID and ProjectileSourceID static classes were removed in favor of new string? Context { get; } properties, which are available on every IEntitySource implementation.

The vanilla helper methods for Players, NPCs, Projectiles, Items have been redone to remove entity-type ties as much as possible.
Most of the renames go like .Get*Source_* -> .GetSource_*.

Changes to entity source classes and helpers can be seen in the full pull request, linked above.

• Stat Modifier now has Flat and Base fields
• Added attack speed and armor pen as 'stats' in the damage class system
• Hybrid items which benefit from combinations of stats from other classes are now incorporated into damage class (like whips)
• Crit chance and armor pen are copied onto projectiles on spawn, to fix crit-swapping
• Items can now have armor pen. Item armor pen is added to projectile armor-pen on projectile spawn.
• Attack speed is now an 'item use speed' modifier in the same vein as the other use speed hooks. It affects itemTime, animationTime and reuseDelay equally. This is a deviation from vanilla meleeSpeed which only affected animationTime, causing weird inconsistencies with weapons which had secondary effects under melee speed buffs. See the PR for more details on the vanilla differences. Some (modded) melee weapons could've been slightly buffed.

• Allows TML to add future Workshop Tags
• Adds a handful of preliminary tags to start with, and get feedback from

TML's personal naming conventions were slightly altered again to be closer to the common C# conventions from Microsoft, which are used in XNA and newer parts of Terraria. All non-private fields now use `PascalCase`, leaving `camelCase` only to local variables, method parameters, and private fields.
I went through many (mostly old) TML files and modernized as many as I could.

Earlier Mid-month Fixes
The following fixes have been merged into stable in April, but were not mentioned anywhere on Steam yet:

Frequently Asked Questions
How do I switch to the 1.4 Alpha versions?
To switch to one of the new branches, just do the following:
1. Right click on tModLoader in Steam and select 'Properties...', then 'BETAS';
2. Select either '1.4-stable' or '1.4-preview' in the drop-down menu on top;
3. Close the window. As before, no passwords are required.

Help! My character can't move!
Usually, anything like this means that you have an outdated mod, the developer(s) of which have most likely not yet gotten used to our preview systems, which allow them to prepare mod updates in advance before the stable branch is updated.
Disable all your mods, and re-add them one by one to figure out which one is causing the issues.
We're working on adding checks that would prevent enabling mods that use outdated/removed API features. This might be pushed to the stable branch later in the month, in a non-breaking way.

When will 1.4-stable become the default branch?
We're hoping to do that in June, after some changes planned for later in May!
If nothing goes wrong, then that should be the date.
Worry not, 1.3 players - whenever this happens, the 1.3 TML versions will become available through a (new) 1.3-stable Steam Beta branch themselves.

When will 1.4 TML be 64-bit???
It's already 64-bit!
For nerds' eyes only: Specifically, it's what's called AnyCPU, but we currently only ship x86_64 natives. In addition to TML being made 64-bit-capable, it has been made to run on a ten years newer runtime (.NET 6+), far newer versions of a better game framework (FNA instead of XNA), and we've even unified what would've been 6 Windows/Linux/Mac Client/Server builds into just one portable release that can be run on every Desktop OS.
Together, all of this yells: performance, consistency, stability, possibilities, and comfort. ːkag_flexː

Where can I find out more about the 1.4 Alpha?
Be sure to join our Discord server[discord.gg] to:
- Find out more info about the Alpha in #alpha-readme and [🤠TML 1.4 ALPHA] channels.
- Be notified about current and future noteworthy changes in 'preview' before they arrive on 'stable', via #alpha-update-log and #collaborators channels.
- Get help with TML issues and TML mod development in #alpha-support and #alpha-modding-help respectively.

This Steam post sure is late, we're still getting used to our new release schedules. ːSBchickenː

tModLoader
1,216
51
Calamity run
would like 4 people to join for each class any qol are fine 1.pls dont swear 2.must need mic 3. need discord
13 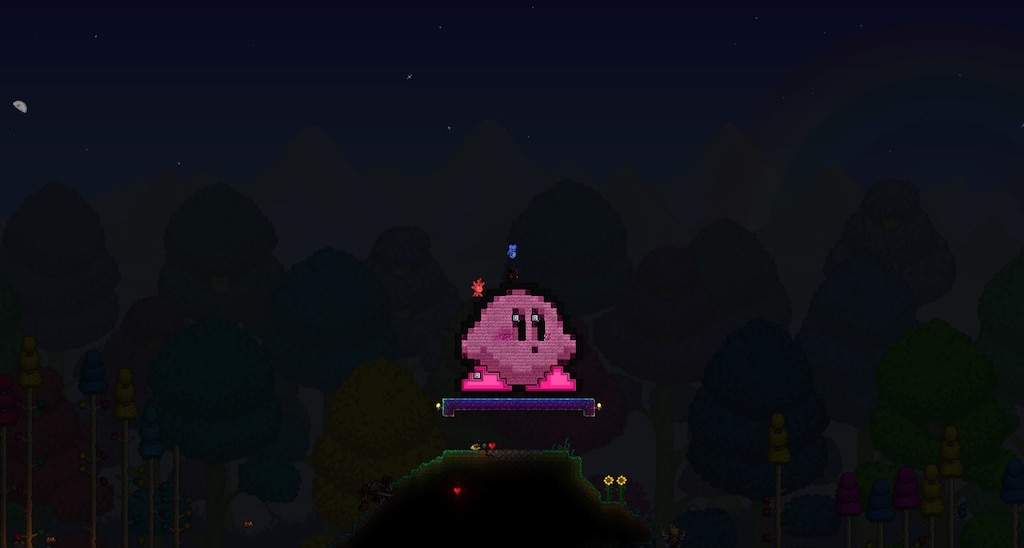 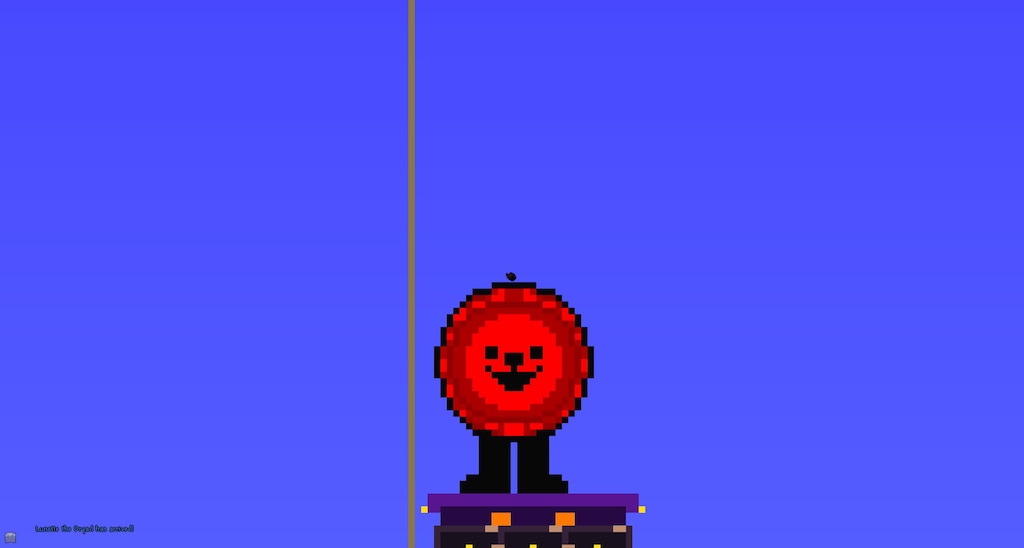 Recommended
779.5 hrs on record
Yes Steam, I would recommend this free mod loader that I have over 700 hours in, and I plan to drop even more onto it, along with nearly everyone on my friends list who also have also spent weeks worth of their time. Why? Because of the sheer amount of amazing mods there are that offer almost infinite replayability. Because of how much enjoyment these mods give, how much creativity some of the mod developers have for all the items, and how so there are so many amazing bosses, items, biomes, music tracks, and quality of life additions you can add to make the game exactly how you want it. Mods like Calamity, Thorium, Shadows of Abaddon, or Mod of Redemption, each add a ton of stuff to make different enough to do a unique playthrough for each mod alone, let alone combining them. So yes Steam, I would very much indeed recommend this game to other players. 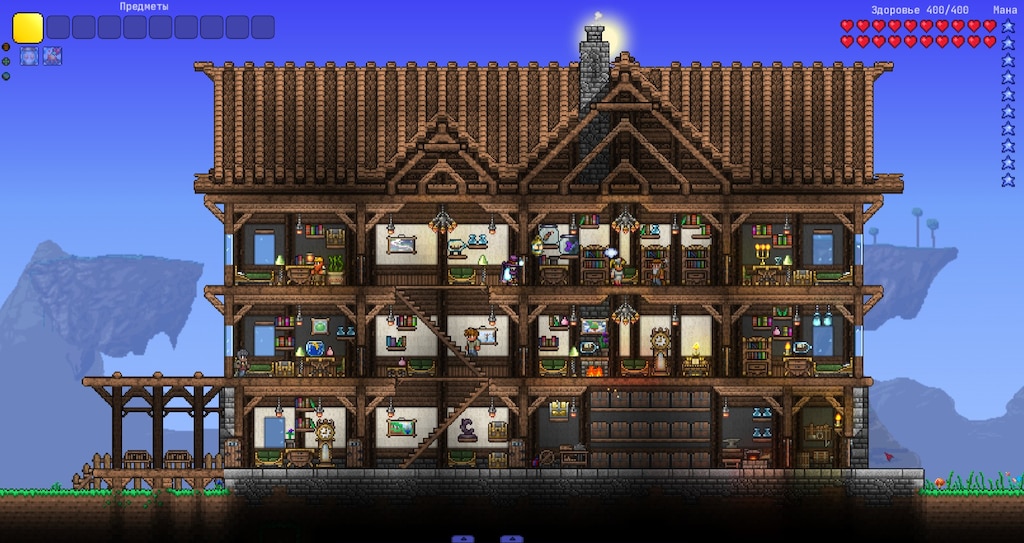 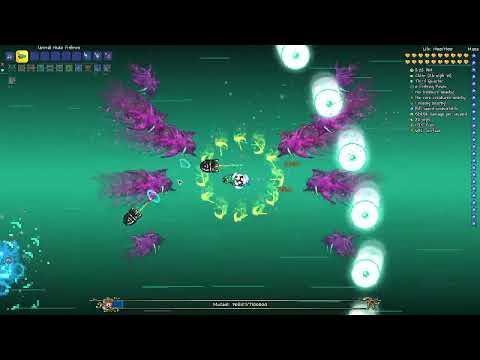 How to Aquire Honie Slime (7 Ez Steps)
Holla, welcometh to mine own in-depth analysis on how to aquire the honie slime in steam's tmodload'r. This guild shall taketh thee through the 7 easy steps on obtaining the honie slime in a festinate and efficient mann'r. H're art the steps. step1:...
28 ratings 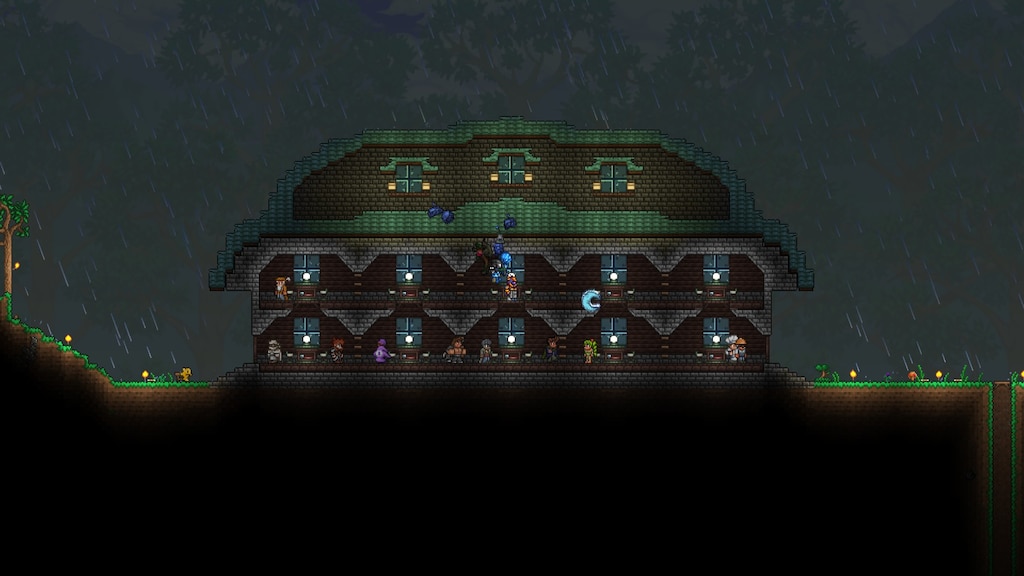 how to kill the waffle flesh
bees

0
11
[1.4 Alpha] Terrariums But Breaking It Releases The Critters Inside

how to get steam points
make a guide like this. add cool image. good spelling. now sit till kind people come along. 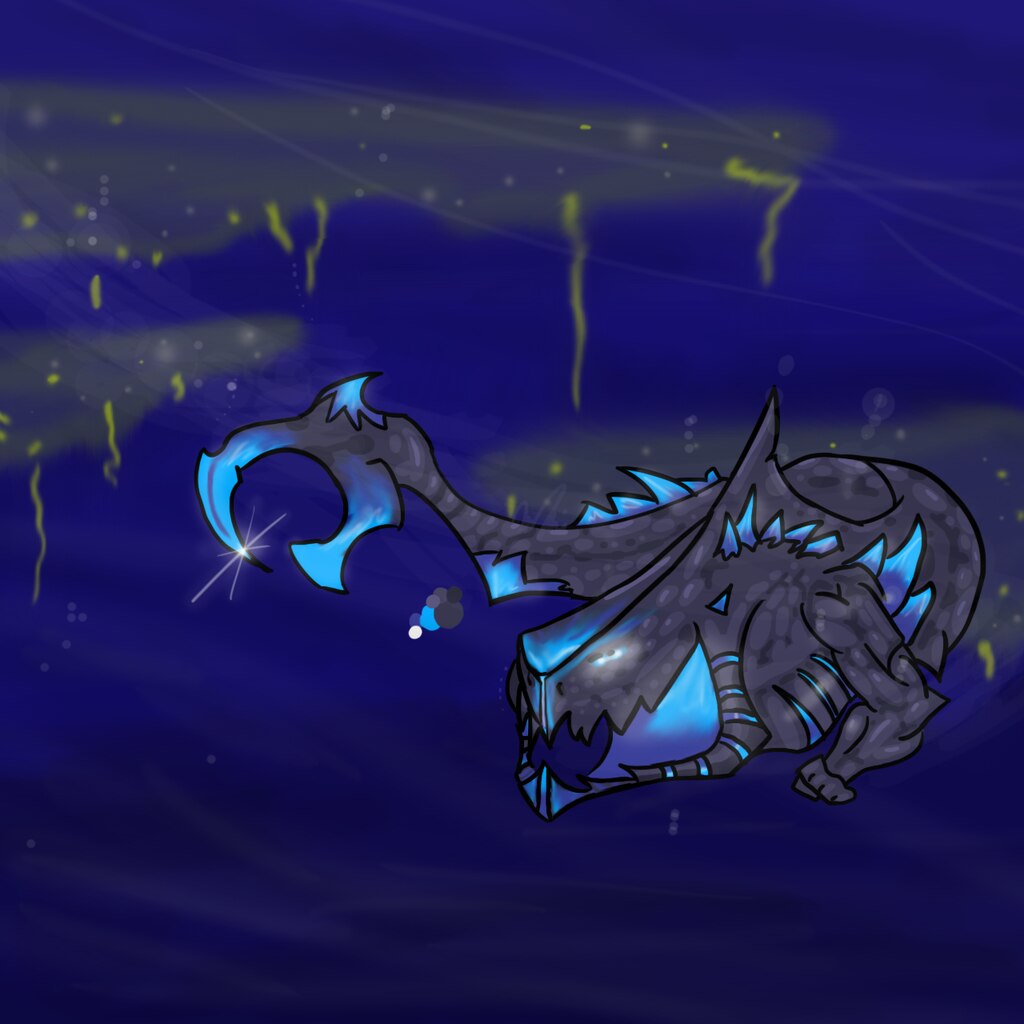 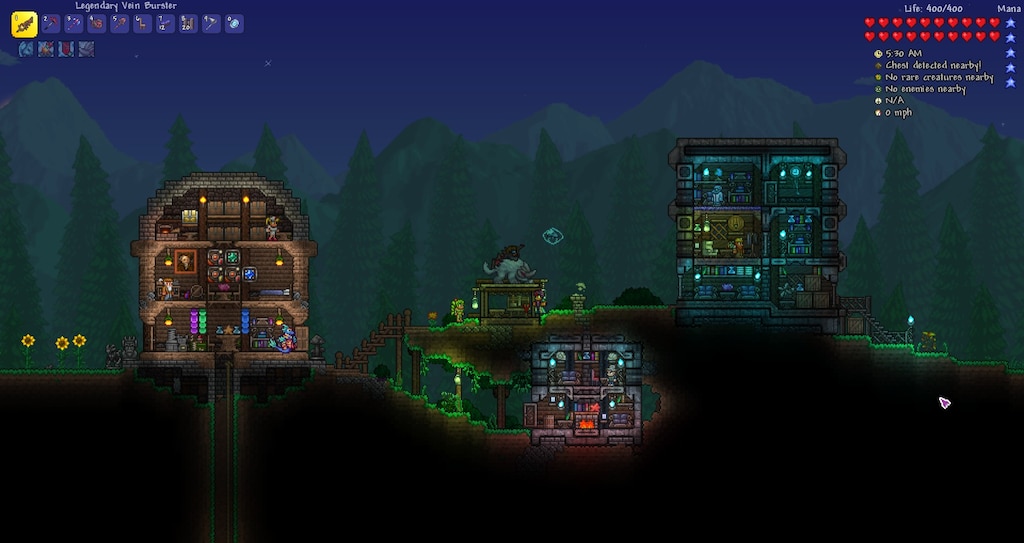 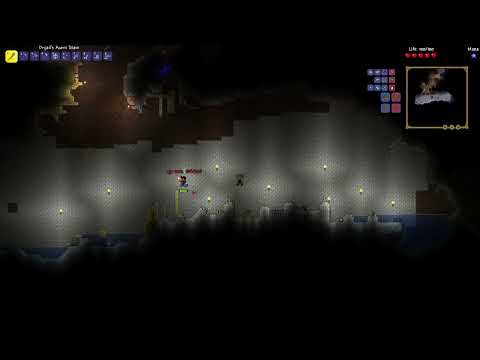 0
1
Me and my friend playing terraria 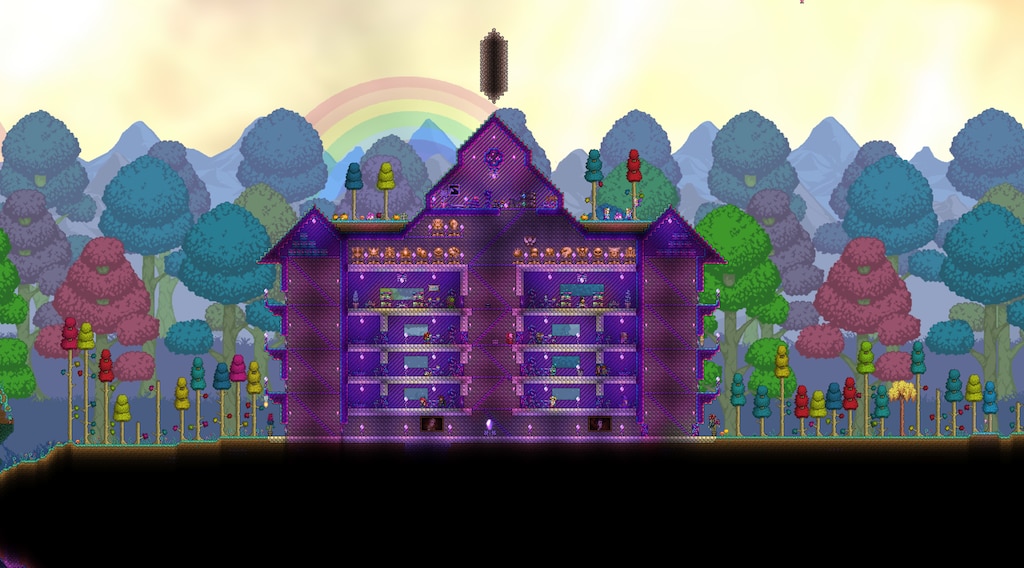 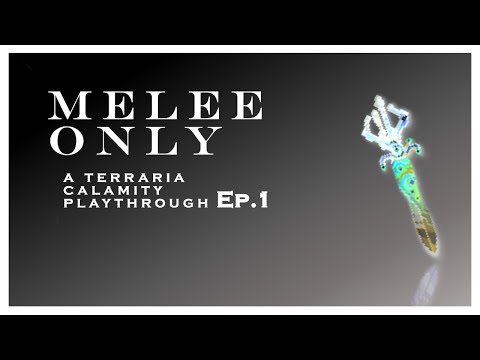 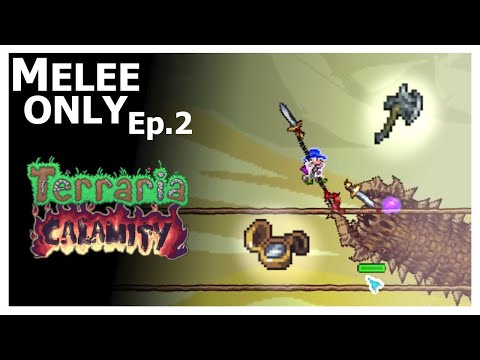 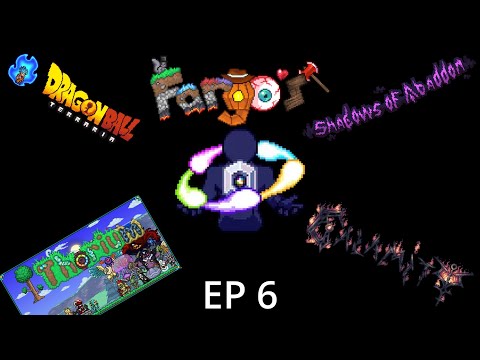 wackyfox
3 hours ago
General Discussions
Calamity Modded PlayThrough
Looking for some people to play through calamity, as well as some other additional mods. (If you recommend any, by all means let me know.) I ask that you have a microphone, and would like to play through the game at a harder difficulty. I'd like to play at a relaxing pace with a couple people, but a duo is fine if need be. If you are interested and serious, shoot me a message and we can figure something out....
4

We're happy to announce that the tModLoader 1.4 Alpha experience will now be split between 2 branches - 1.4-preview and 1.4-stable. Most players on stable will be able to play without the fear of tModLoader updates breaking the game and their mods without notice. Each change will get a test period of up to one month, with the usually actively updated preview branch getting frozen for the last 7 days of every month, giving every mod developer time to update their mods and react to new changes, before the preview changes (and mod releases targeting the preview branch) move onto the 1.4-stable branch on the 1st day of each month.

We now encourage all 1.3 mod developers to come and start porting their mods to 1.4! With some concerted effort, feedback and support, we hope to have the next 'stable' release of TML 1.4 (that's coming out in May) be one truly worthy of being called 'stable', just about in time for Terraria 1.4's 2 year anniversary. However, it is necessary to mention that this does not mean the end of the Alpha period, as many changes and improvements are still planned, but we believe that the API is now as if not more usable than 1.3's, and that regardless of the planned changes, the user and developer experiences will now be comfortable enough to facilitate full migration to 1.4.

To switch to one of the new branches, just do the following:
1. Right click on tModLoader in Steam and select 'Properties...', then 'BETAS';
2. Select either '1.4-stable' or '1.4-preview' in the drop-down menu on top;
3. Close the window. As before, no passwords are required.

Be sure to join our Discord server[discord.gg] to:
- Find out more info about the Alpha in #alpha-readme and [🤠TML 1.4 ALPHA] channels.
- Be notified about current and future noteworthy changes in 'preview' before they arrive on 'stable', via #alpha-update-log and #collaborators channels.
- Get help with TML issues and TML mod development in #alpha-support and #alpha-modding-help respectively.