Collect the best vehicles in the Hot Wheels™ universe, build spectacular tracks and dive into breathtaking races.
$49.99
Visit the Store Page
Most popular community and official content for the past week.  (?)
August Monthly Update!
Aug 4
This month the digital stores are on fire! Take a look at the hot cars and surprises now available for your races!

HOT WHEELS UNLEASHED™
93
29
Are most of the cars you unlock junk?
Is this blow money on DLC to play online or can you get good cars by grinding?
2 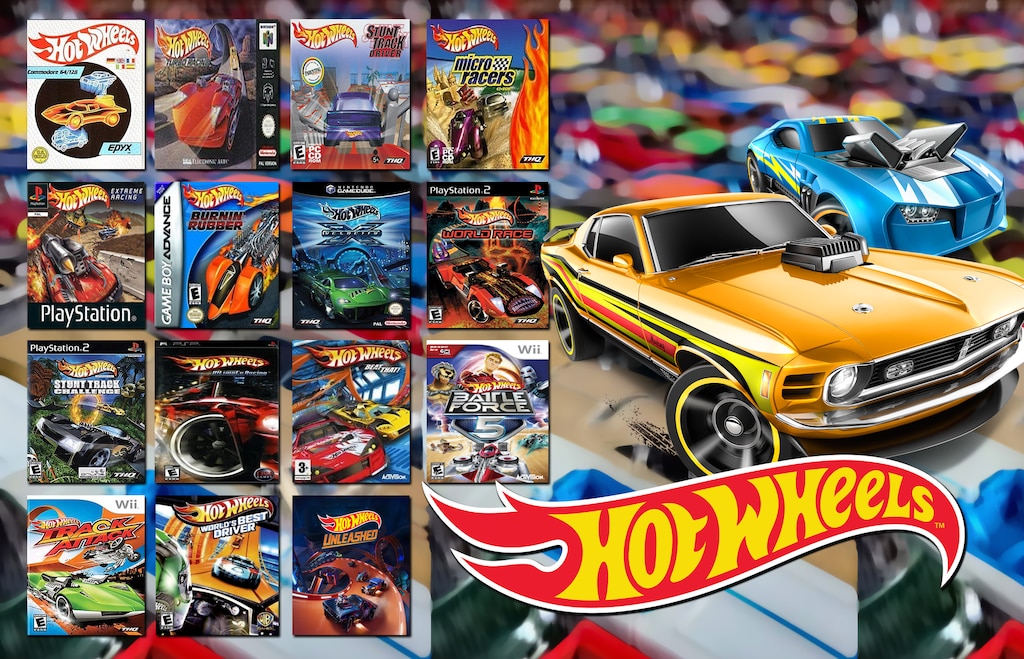 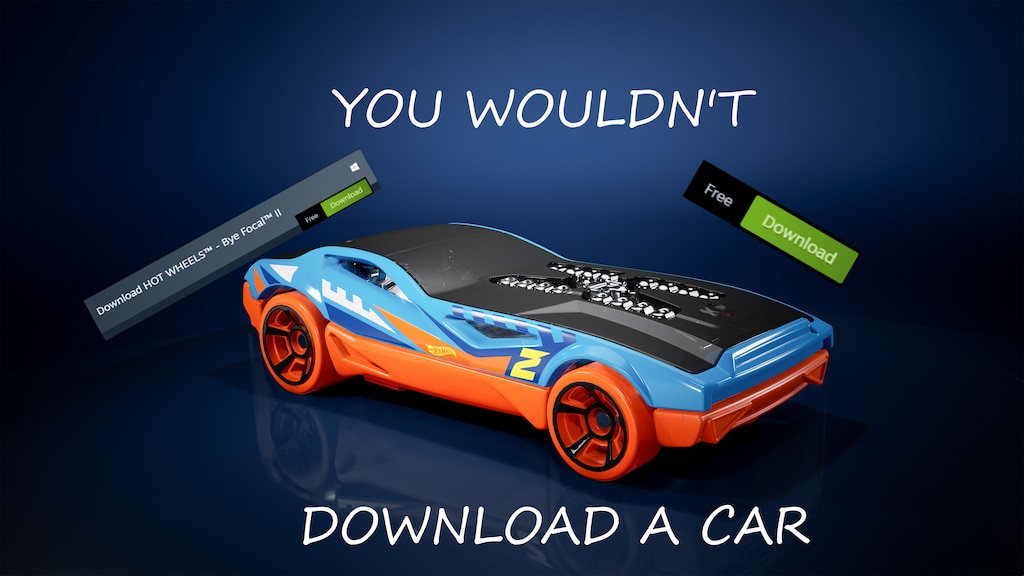 How to get all the Secret Cars
Hey racers! This is the guide on how to get the Secret Cars in Hot Wheels Unleashed: City Rumble. If you have any doubt, just put it on the comments!
45 ratings

How to skip the intro ads
If you right click the game in Steam, go to Manage, pick View Local Files, then browse down to \hotwheels\Content\Movies\ and delete intro.mp4, the game still start up noticeably faster since it doesn't load the preroll credit animations.
35 ratings 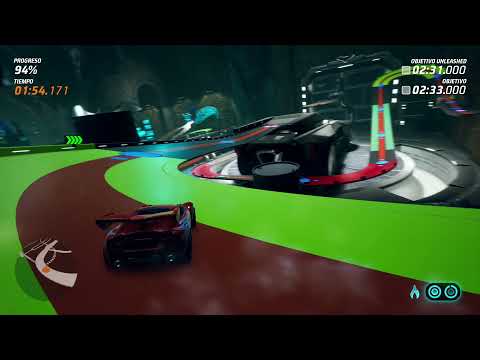 Not Recommended
1.7 hrs on record
This is a game that runs out of steam FAST. Despite (as of this writing) selling for $50, Hot Wheels Unleashed is structured almost exactly like a free-to-play mobile game, with lootboxes, daily challenges, battle passes, and multiple currencies. It doesn't take long before you slam face first in to a really nasty progression grind, too. Soon, the amount of currency and experience points slows to a crawl, likely because they expect you to spend real money on the over $200 worth of DLC this game contains.

Once your ability to collect new cars stalls out, it gets old, quick. Tracks don't feel varied enough -- despite changes in backdrops, you're always racing on the same orange plastic Hot Wheels track parts. Sure, you might be racing inside of a college classroom or a garage, but it never feels appreciably different. There's no different terrain types, and track obstacles are extremely limited.

Like, when you tell me "toy car racing game," I want to be driving along dinner tables, swerving around food and drinks. Maybe a section of track could lead in to a bath tub or a swimming pool -- after all, Hot Wheels don't float. Or what about outside, where blades of grass are as big as trees? Instead it just appears to be the same plastic road pieces, forever. Maybe you get dumped out on to the floor every now and then, but it still feels way too same-y, and it never makes up the difference by giving you too many new cars to play with. You just have to grind it out (or pay up).

It's a shame, because the actual Hot Wheels toys themselves are very lovingly rendered. Every little imperfection is represented here, from visible plastic molding seams to blobby diecast metal shapes and cheap paint jobs. This game does not sugarcoat what a Hot Wheels car looks like, and that's legitimately great.

And it plays pretty well, too. Once you find a car that suits your playstyle, everything clicks in to place. Vehicles have just the right amount of weight and slide to them to make drifting feel rewarding. CPU racers seem to be smart without it looking like they are cheating. It doesn't redefine the genre or anything like that, but plays well enough.

It's just... you run out of surprises within an hour of starting the game. Hot Wheels Unleashed does not hesitate turning in to a slog of filling slow quest meters for another drip in the bucket of dopamine, all the while reminding you that you could be spending money on Batman packs, Jurassic World packs, Looney Tunes packs, and so on. It unfortunately feels more like a machine to empty your wallet than a legitimate racing game.

Not Recommended
6.5 hrs on record
In terms of Quality the game is actually decent. Visuallly it's stunning and it's cool to see all of the car designs.
The game does come with a single player mode which has you playing time trials, races and boss levels and getting loot to buy more cars and upgrades.

So why the negative review?

Well, at full price the game costs £40
Then there's the DLC which contains but is not limited to Cars, Track Editor Pieces, Customisation options, Track DLC and a Battle Pass. ALl of which total out to just shy of £200

If this were a free game, this would be understandable, but it's not. It's a more-or-less full priced title riddled with microtransactions. Yes, you can enjoy the game without spending more than the initial cost but it's still a shameful display that leaves a bad taste in my mouth.

Not Recommended
0.2 hrs on record
While it's your basic racing game... it starts you off with "first one is free" loot boxes. The fact that they want $50 for this game plus an additional $90 to unlock what I would hope to be everything else is ****. If I hadn't gotten this via a humble bundle, I wouldn't keep it. 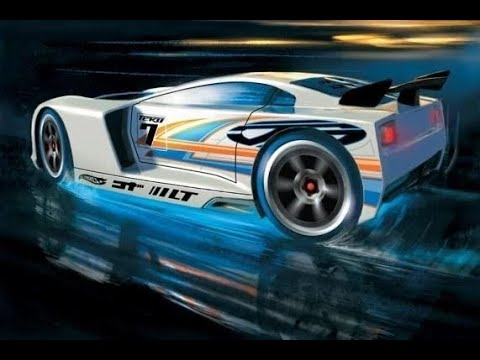 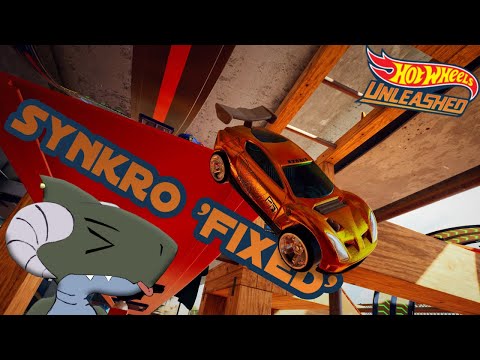 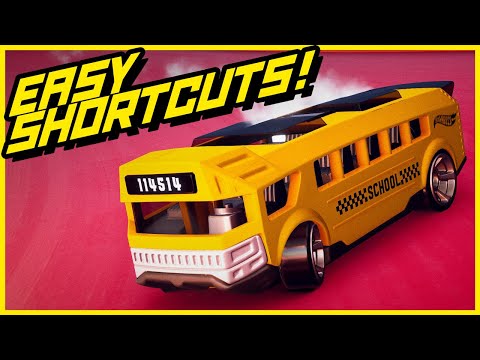 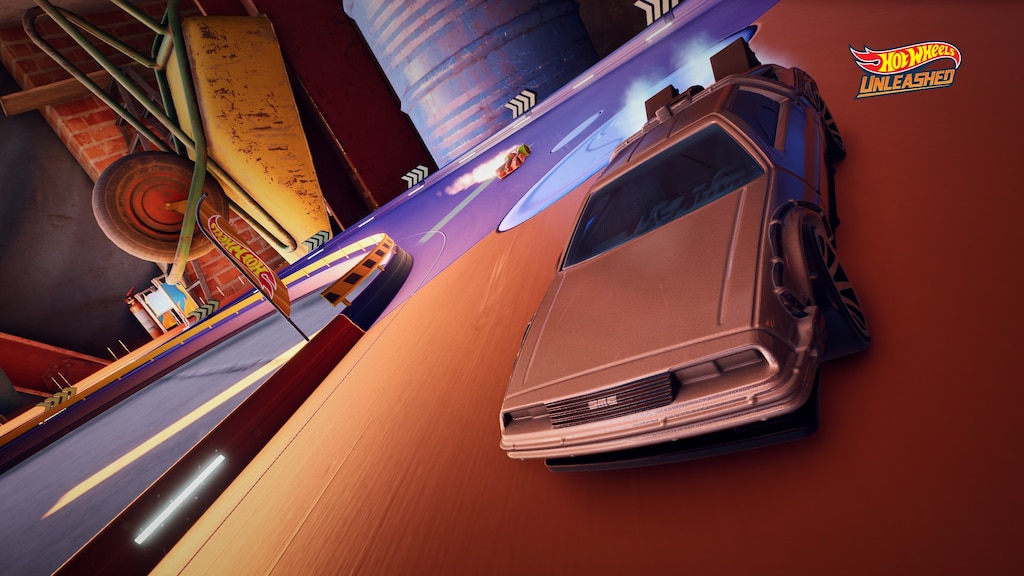 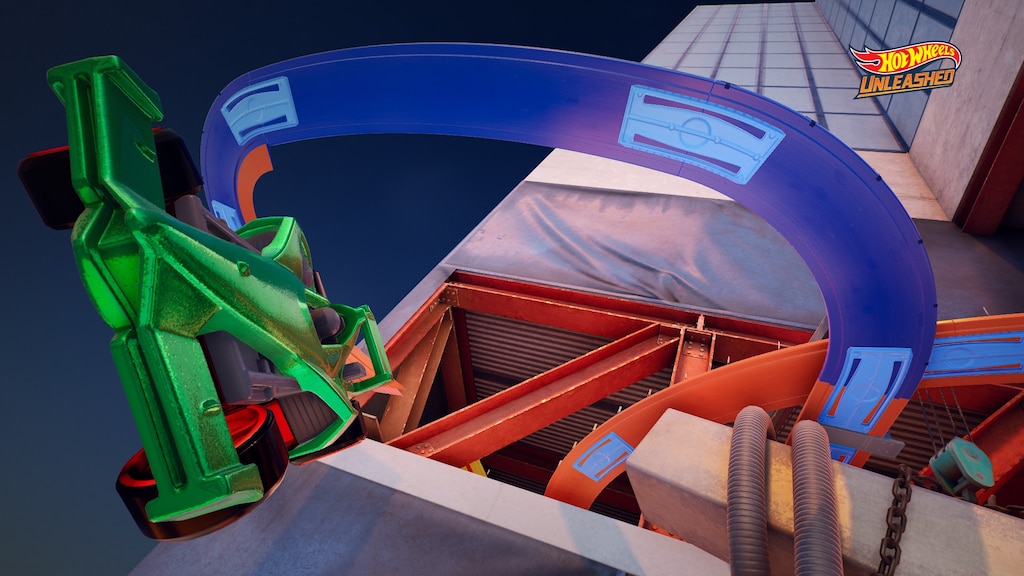 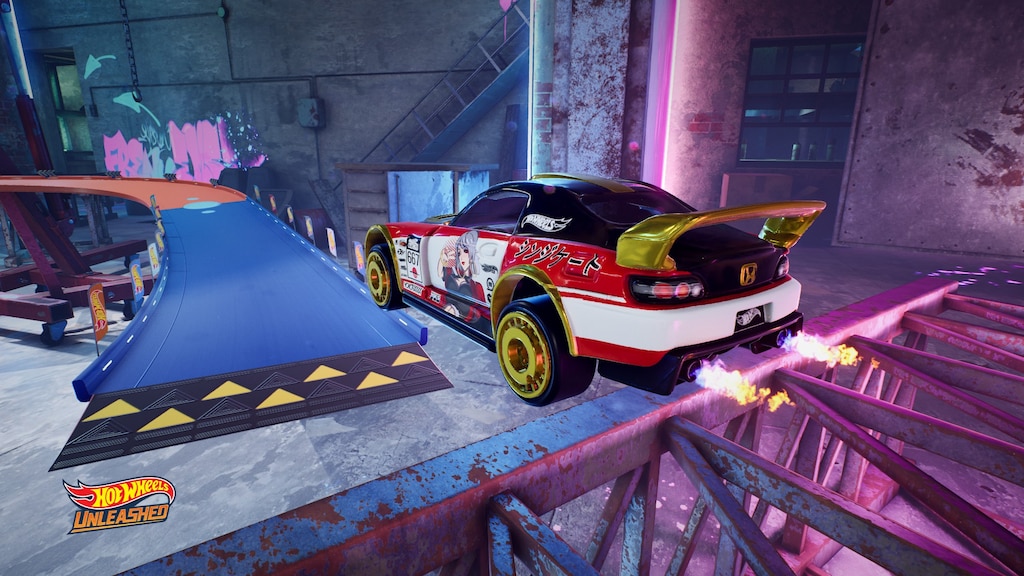 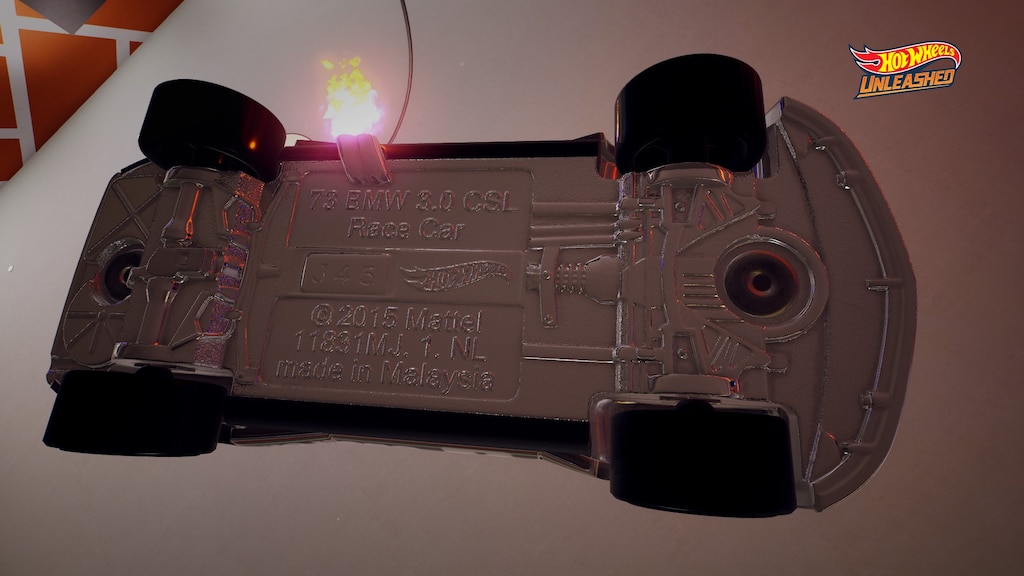 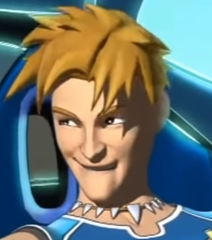 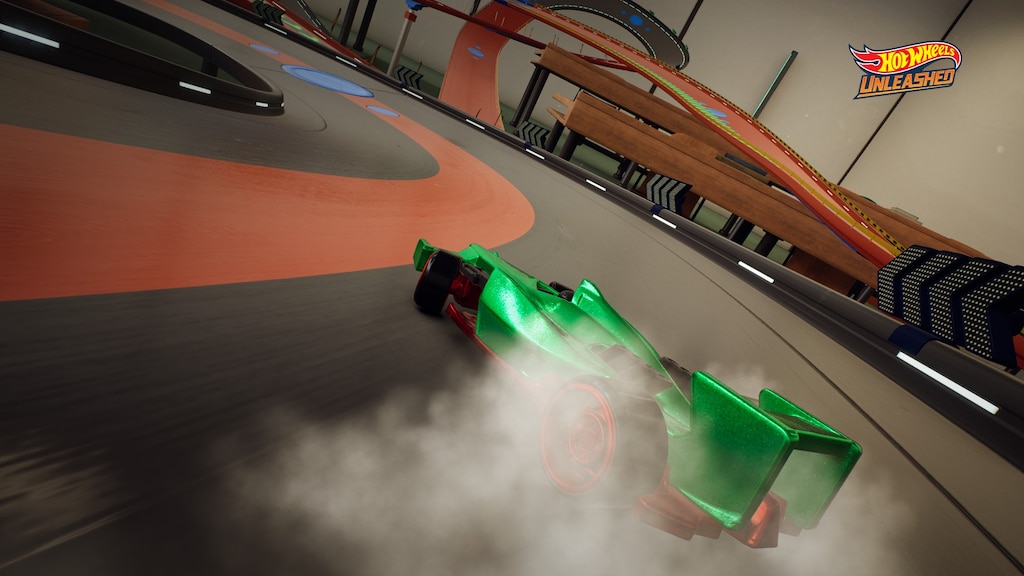 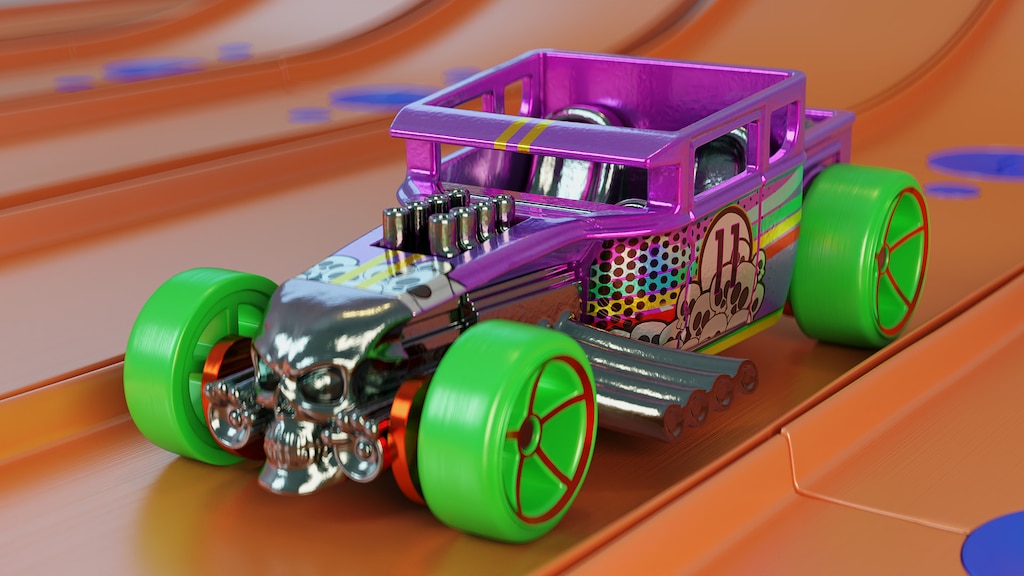 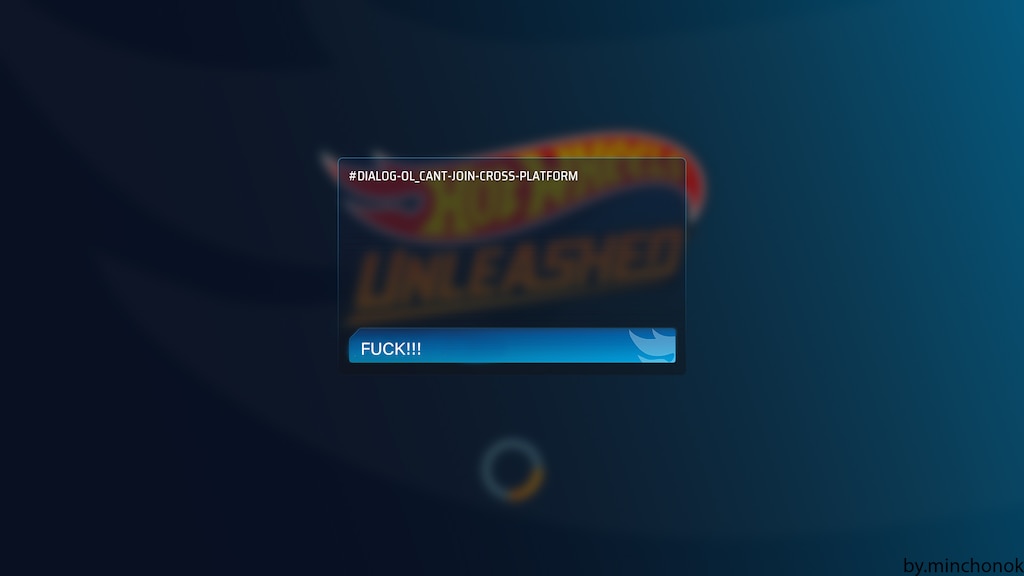 How To Obtain the Deora
How to unlock and obtain the original Dodge Deora in Hot Wheels Unleashed!

This time the competition gets really animated! Have fun with the HOT WHEELS™ - Looney Tunes Expansion, now available with 5 themed vehicles, an incredible environment, a track builder module and a new customization pack for your Basement and Unleashed profile. Get it now!

3 new cars, 11 customization items and 1 track builder module are now available for your collection! Get now the new DLCs:

DutchtheGShepherd
2 hours ago
General Discussions
Unable to authenticate
I'm unable to connect to services. I just bought the Jurassic World season last night and now I'm not sure my XP is even accumulating.
3

Griever
Aug 15 @ 5:11am
General Discussions
Boost downgrade when upgrading
Some cars looks like downgrading their boost when i upgrade the car. like decreasing boost count or bar decrease. Does it mean it's worth keeping copy of them, one not upgraded and other upgraded. And can non-upgraded car compete with other cars in this case?...
2

Moka
Aug 15 @ 4:49am
General Discussions
Worth Getting?
I miss playing some racing games and i refuse to get the Forza series cause they're never cheap also why so many dlc
51