Create, upgrade, and customize your very own Bloons Monkey City in this groundbreaking blend of city building and tower defense awesomeness!
Visit the Store Page
Most popular community and official content for the past week.  (?)
Looking For Friends
Looking for some Bloons City friends. Feel free to add me so we can help each other out!
218

Tea Market
15 hours ago
General Discussions
[OFFICIAL] Bug Reporting Thread
Welcome to Bloons Monkey City on Steam! Please use this thread to report any bugs/issues you might be running into. It's important to clearly describe the problem you're having and include as much detail as you can (including screenshots where applicable). This forum will be monitored by the Ninja Kiwi community team and we'll do out best to get all bugs reported and fixed in as little time as possible. We're also contactable via email here! Thanks and happy gaming :)...
217

Recommended
138.1 hrs on record
I have always been an avid fan of the bloons franchise, and have played all 6 games from the main series, and I must say that BMC was a game that far exceeded my expectations in every way possible. I have a sunk over 130+ (legitimate) hours into this game and it is a very fun game to play casually or when you only have 10 or 20 minutes to spare in between work shifts or classes. I am currently level 35 with 650+ tiles and I must say that the game is still pretty fun, even though the gameplay tends to get stale quite quickly, considering the lack of map variety and terrain.

Speaking of gameplay, the first 25 hours or so of playing is really fresh and extremely addicting, thanks to unique quests as well as a linear progression path that keeps you motivated to find new treasures and new monkeys across the map. The pacing and rate of leveling and unlocking new monkeys is very fluid and keeps the player engaged in progressing. However, after level 25 or so, progression halts completely, and the gameplay starts to become very repetitive. Also, quests geared towards late game players simply do not exist, meaning that high level players no longer have an incentive to keep playing and keep progressing.

Overall, BMC is a really fun and interesting playthrough, and as a free to play game, it is definitely worth checking out for fans of the Bloons TD franchise or of the tower defense genre in general. The crucial aspect that this game lacks, however, to truly become a classic, is the infinite replay factor, which it simply does not have, creating redundant gameplay after a few dozen hours. 8/10 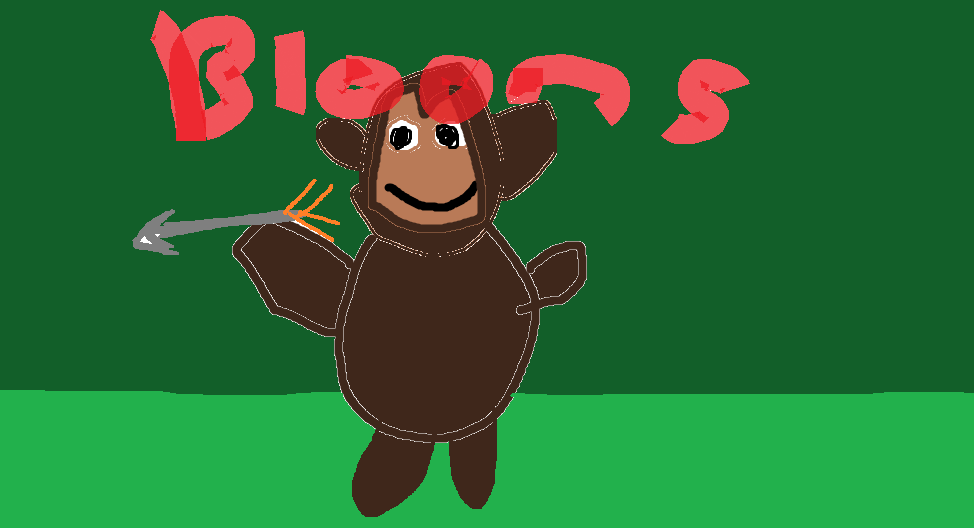 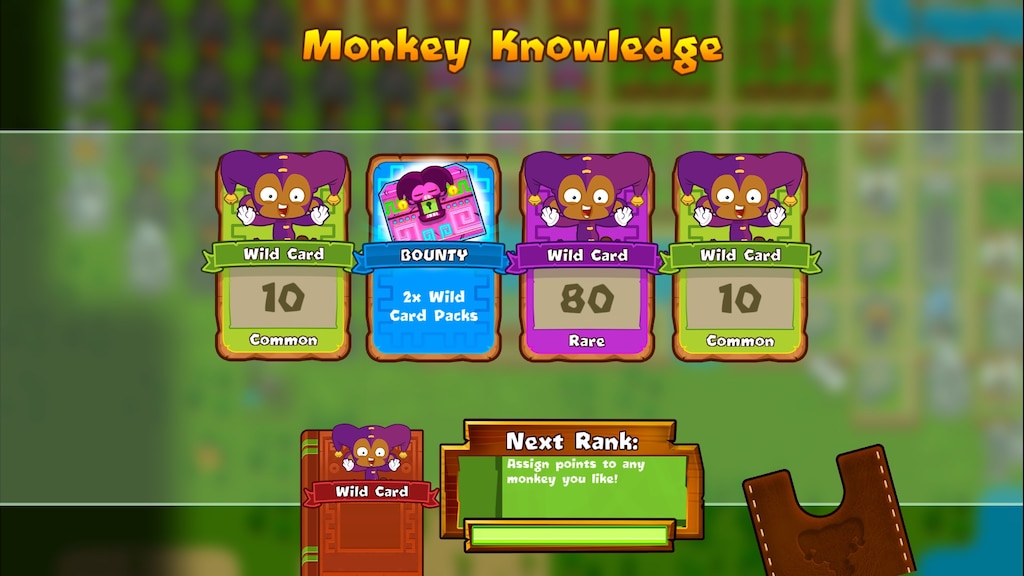 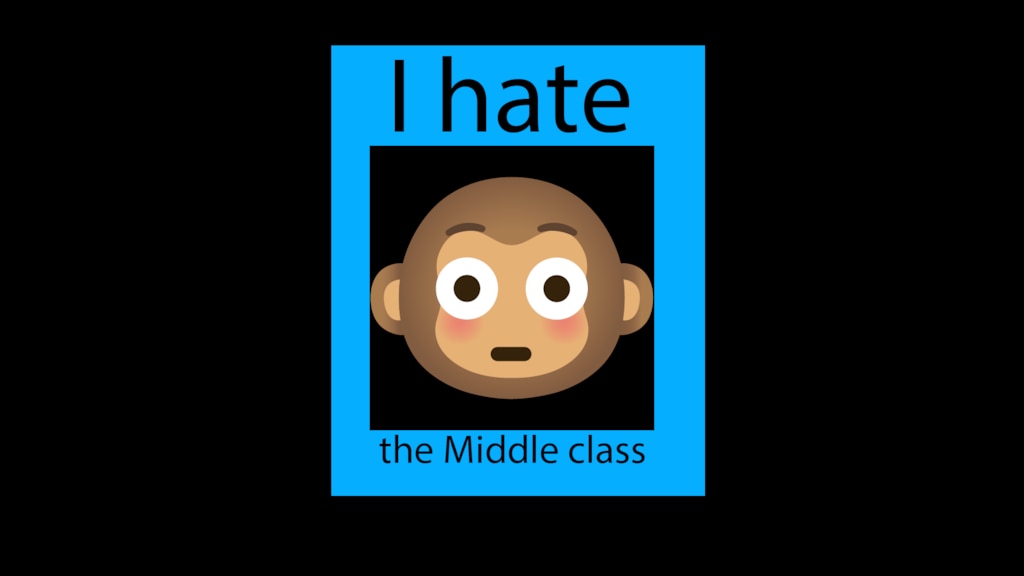 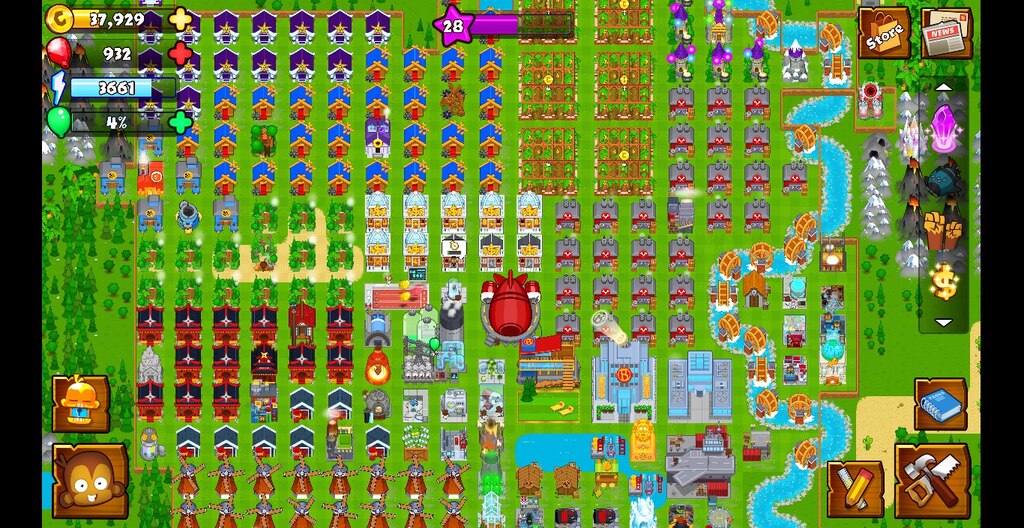 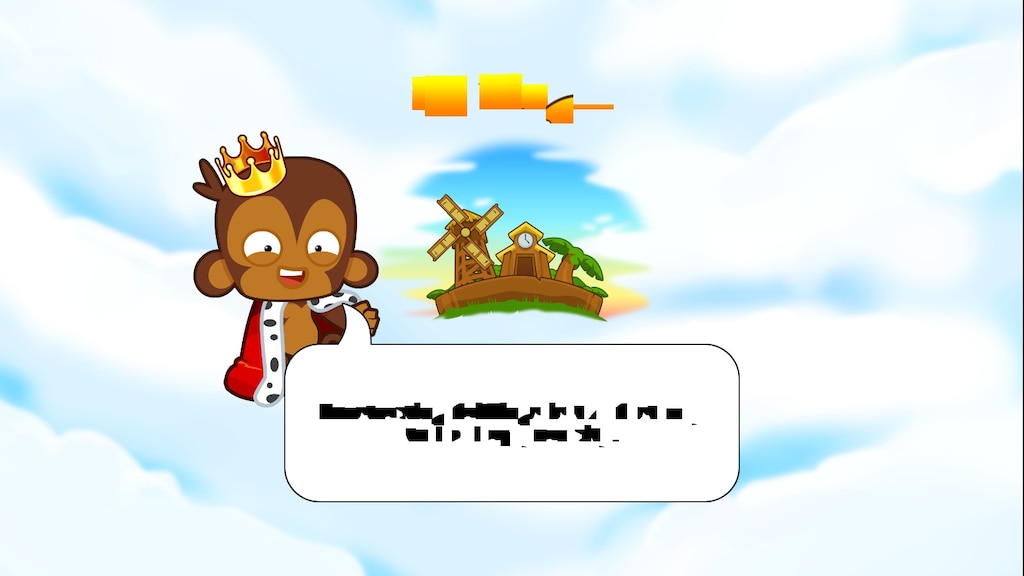 Recommended
76.7 hrs on record
It took a bit for me to get used to the city aspect instead of just rounds of bloons, but once I settled in I was hooked.

The contested territory is a fun way to see how you measure up and feel really skilled when you take it, the goals are great for the beginning because they teach you a lot of features and fuel expansion, and the map is littered with chests of gold and special events :) 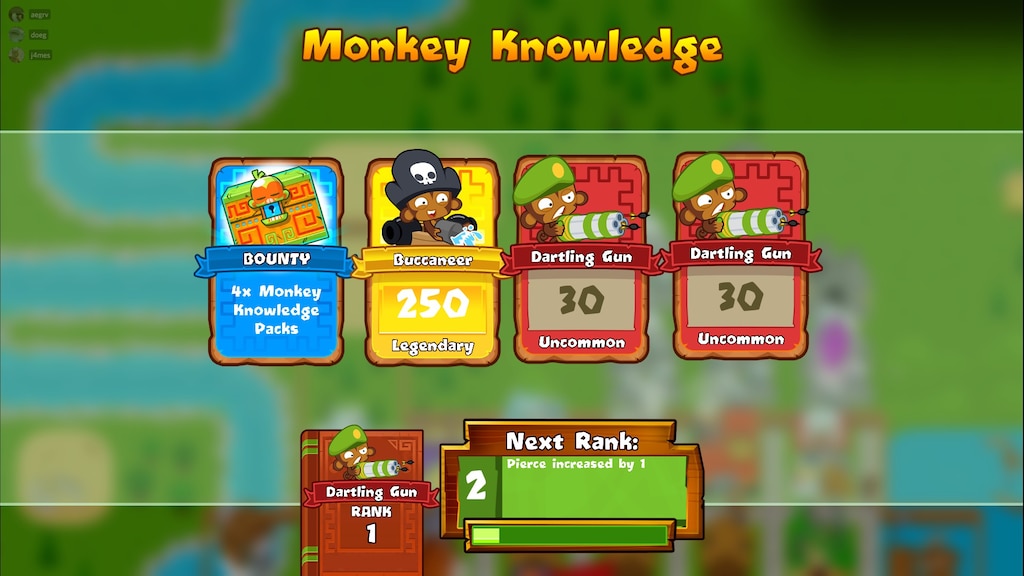 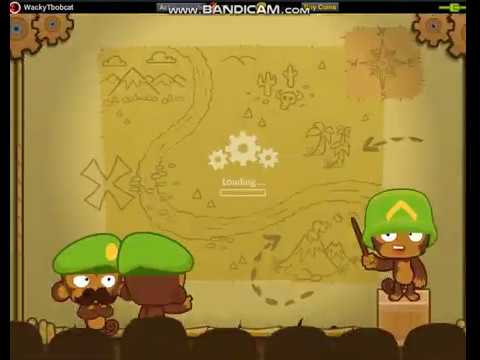 Starting off on btd city
time to start 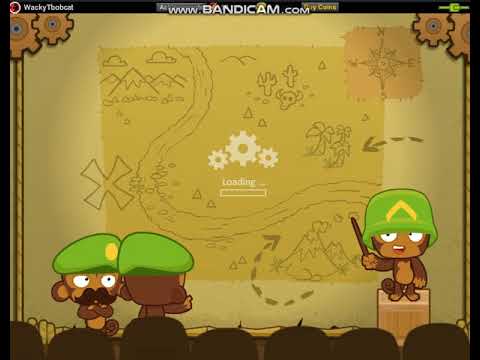 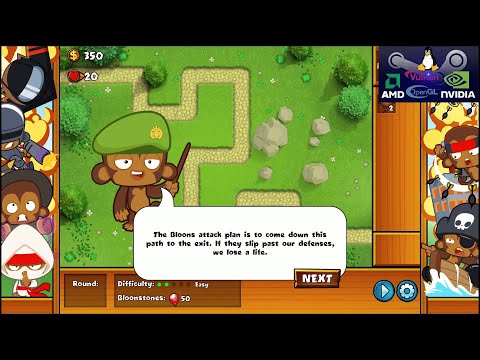 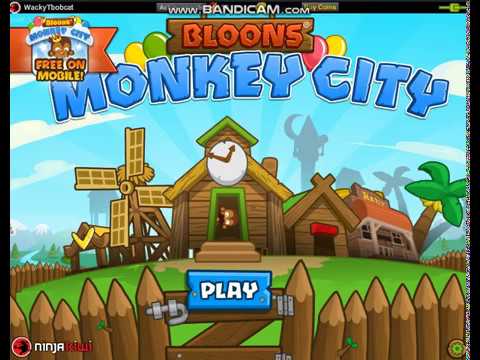 Wacky T. Bobcat
View videos
What can I do against the horror? (Ceramic renewables)
Hi, my absolute horror are the floods of ceramic renewables. I had 4 magicians, 3 of them with lightning, 2 of them with Tier 3 tornado. But they had no chance at all. (It was at the mission with the sticky substance.)
54

Der lächelnde Engel von Reims
Sep 21 @ 1:59am
General Discussions
Bloons Monkey City - Engineer Monkey
Is this monkey not part of the steam version of the game or does it require finding it somewhere in the undeveloped lands?
10

Joe Shizzle Jr
Nov 29 @ 10:03am
General Discussions
A friend in need
If anyone wants to add me so we can help each other out then feel free to do so.
4