Experience survival horror like never before in the 8th major installment in the Resident Evil franchise - Resident Evil Village. With detailed graphics, intense first-person action and masterful storytelling, the terror has never felt more realistic.
$59.99
Visit the Store Page
Most popular community and official content for the past week.  (?)
Resident Evil Franchise Sale Now Live
Apr 25
Now is your chance to experience Resident Evil at a reduced price for a limited time!

Resident Evil Village
544
50
how did they make this game such a masterpiece?
its like the best RE game ever
5

Ghostvenger92
12 hours ago
General Discussions
Resident Evil 7 & 8 the worse games I've ever seen
"Oh it brought the horror back with the Classic interface" Let me do a Resident Evil based in Paranormal Activity with Ghostbusters as the good guys bringing back the "horror". RE 1 wasn't about horror or zombies at all. It was about investigation. They went to that mansion to investigate. Of course it was a horror game, but not THAT horror game. This game always were about bio weapons. This one looks like Outlast with guns. Looks like everything, but Resident Evil. Looks like Van Helsing. I guessing C...
147

MrCalazans
40 minutes ago
General Discussions
Denuvo
When will capcom remove it?
98 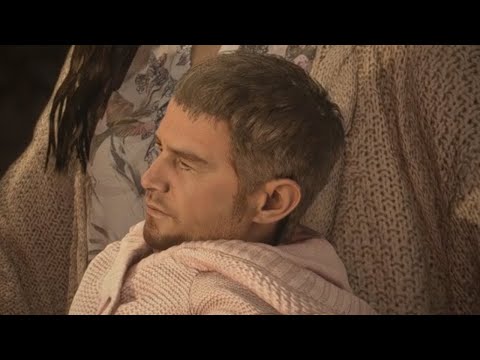 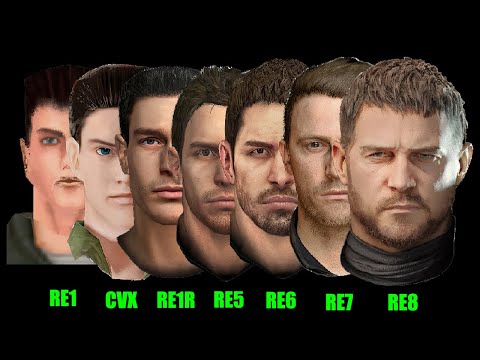 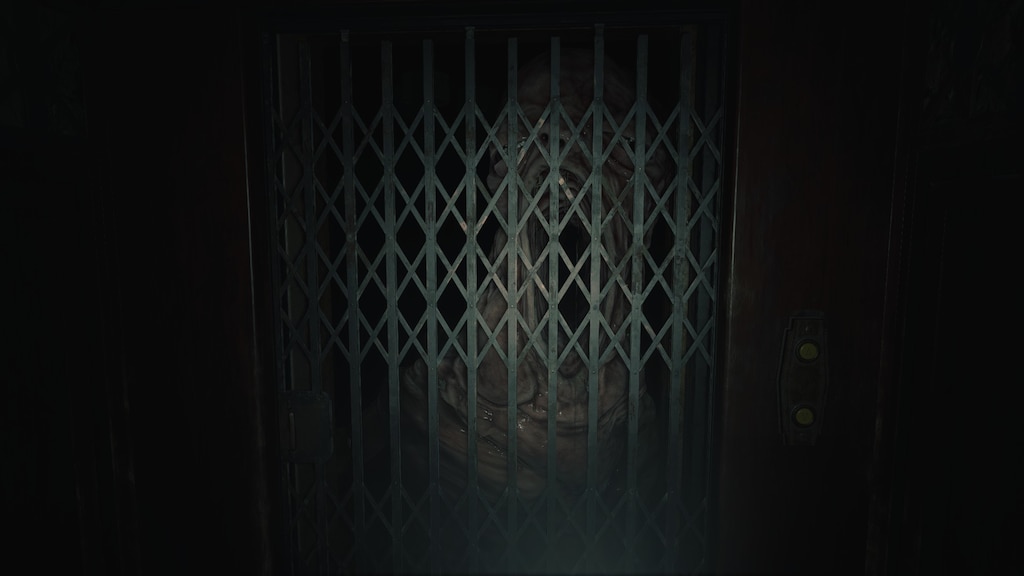 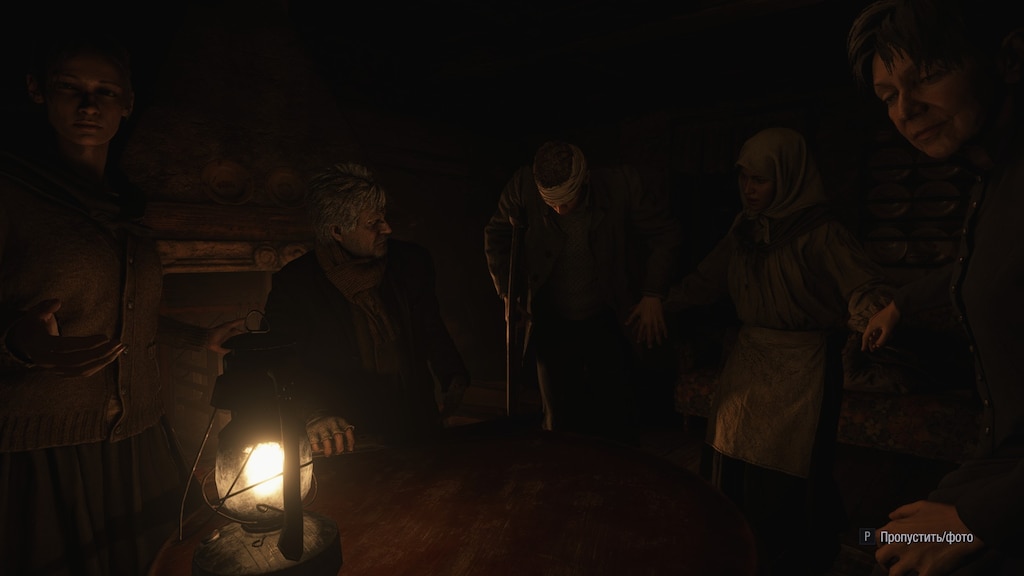 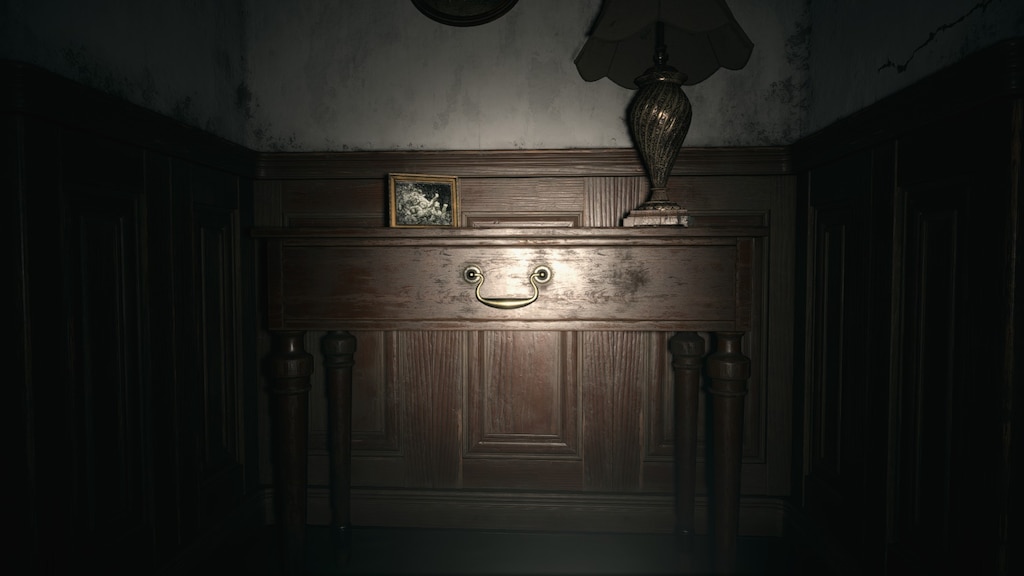 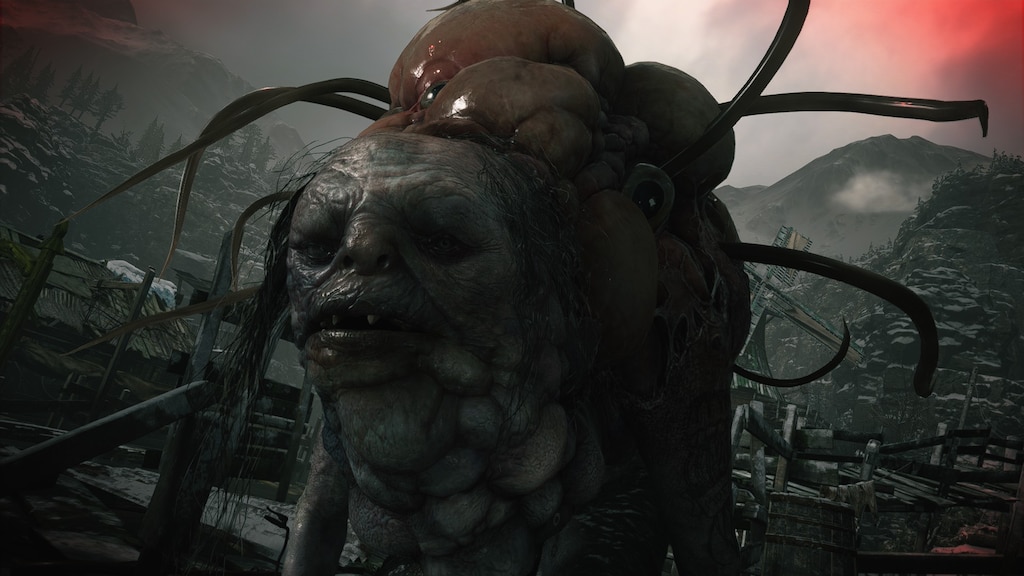 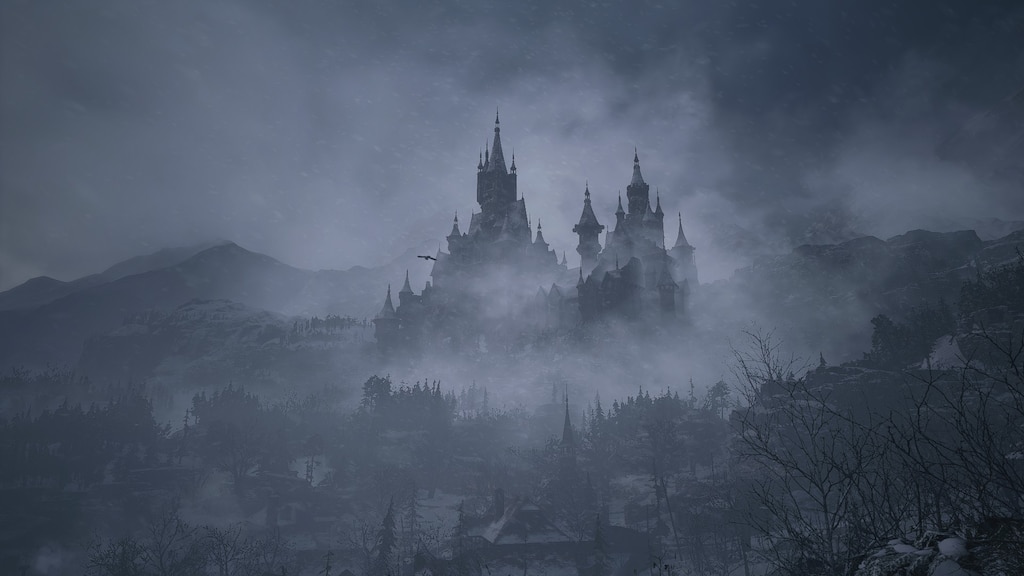 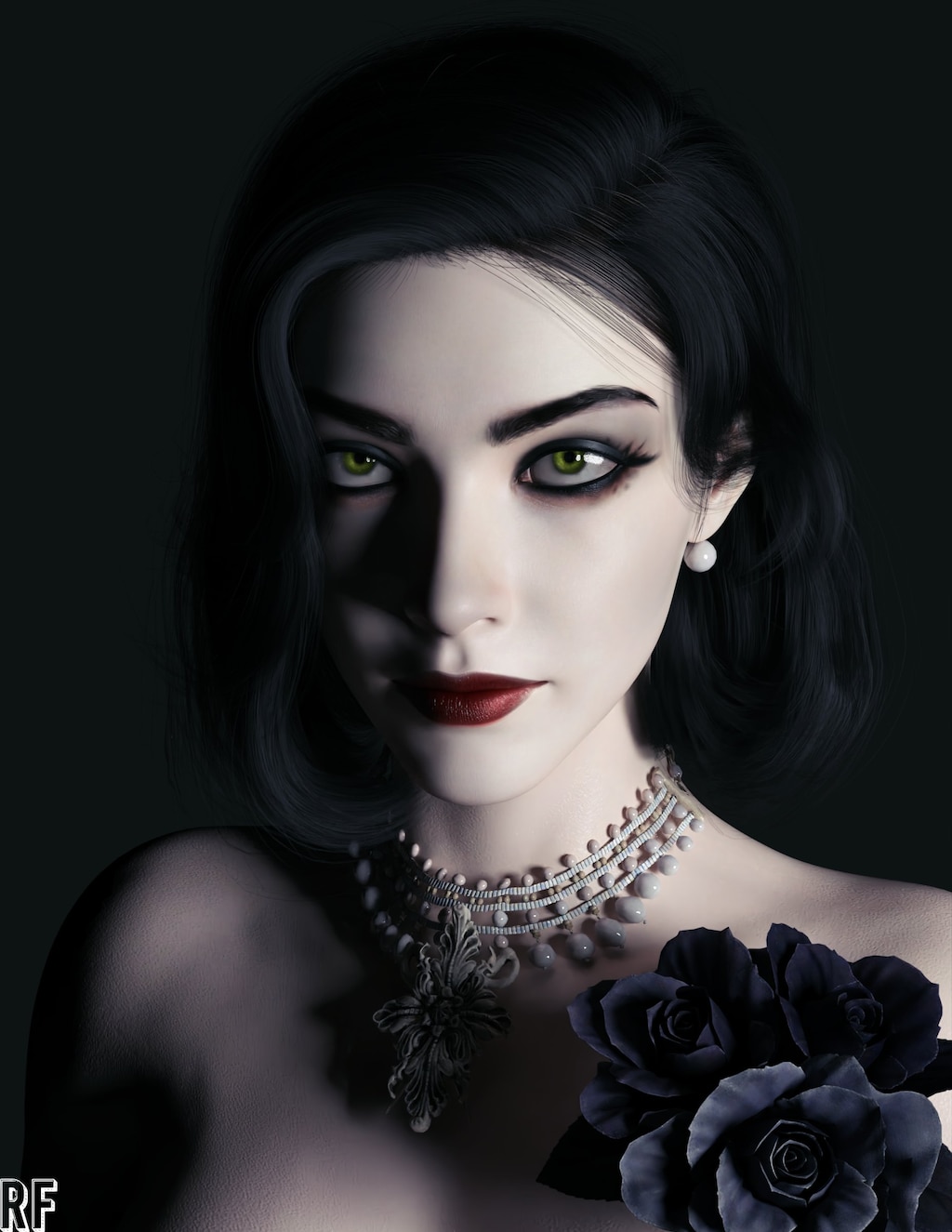 Recommended
24.8 hrs on record
Resident Evil 8, or Village, is a direct sequel to the previous installment. It continues the story of Ethan Winters following his narrow escape from the Bakers. Three years have passed. Ethan and Mia, now under the protection of Chris, are living a happy married life. Their newborn daughter Rose seems to have sealed this happiness. Despite their deep emotional scars, everything seems quite idyllic. So of course, it can't last. Attacked by their own protector, the family is torn asunder, their fragile happiness destroyed and Rose kidnapped. Ethan finds himself tangled in yet another biowarfare conspiracy and has to fight to protect those he loves.

The setting of the game is drastically different from the previous game. Ethan ends up in some eastern European country, ostensibly Romania, on the outskirts of a seemingly abandoned village. Naturally, the village is not abandoned, but instead infested with lycanthrope-looking bioweapons that have killed or infected all the villagers. If you are thinking Resident Evil 4, you are right on the money. Yes, this is obviously inspired, or perhaps even intended as an homage, to that game. The setting similarities don't stop here. There is also an enormous castle that neighbours the village. The lady of the castle, female, tall with an uncanny beauty, is a clear inversion of the male, short and ugly Salazar. The castellan of Resident Evil 4. There are many more parallels, but I would prefer not to spoil. It is certain though that anyone who has played that game will recognize a lot of it here. Even guess a few sequences.

And this comes with baggage. I know that Resident Evil 4 is a fan favourite. It is indeed an excellent action game, but it has never been a series favourite of mine. It broke with the classic trilogy, it wasn't a survival horror game, it wasn't exactly scary either. If that doesn't sound much like Resident Evil 7, it's because it's really not. In fact, that game was trying hard to return the series to a more horror and survival direction. Village does a 180. It replaces the intimate with the grand, the slow and deliberate with the fast and bombastic. On occasion it even manages to replace the scary with the disturbing, house Beneviento I'm looking at you. The game is a theme park and it invites you on its overblown, campy rollercoaster of large gothic estates and steampunk factories. Thematically, it is as entertaining, as it is inconsistent. The most notable effect this change had was to my mental state when playing. In 7 I was cowed, in 8 I was impetuous.

As expected, the gameplay puts a greater emphasis on action. You are handed guns generously in this game and there are several to discover. The action sequences are more numerous and involved. The gunplay itself is a lot of fun, shooting all those mooks can feel fairly satisfying. There is also a merchant, another throwback to 4. That merchant, aside from selling some useful stuff, can also upgrade your guns to make them more powerful. Though the required resources to do that can be steep and require multiple playthroughs. Frankly, I found it a bit too grindy. Ammunition can be hard to find on higher difficulties, but only on your first run. After that unlimited ammo becomes available. This effectively eliminates the resource management integral to a survival horror. There is even a cooking minigame of sorts. Scour the countryside for hogs and fish and the merchant will cook some gourmet meals for you. Because I guess that's something you do when fighting for your life?

The main problem here is this, the game seems on one hand to want to adopt a much more action-oriented approach, similar to Resident Evil 4, with unlimited ammo, numerous guns and playthroughs, but on the other hand is unwilling to completely break with the Resident Evil 7 recipe. After all, superficially the two games seem to be very close. As a result, it doesn't go all in on the action. It keeps constantly breaking it up with scripted sequences and forced walks. These may work during the first run, but not the ones after. In other words, the game suffers from an identity crisis. It has good action yes, but too much for a scary game and too little for it to be satisfying on its own merit. It's no wonder that one of my favourite sequences was the one right before the final boss, when the game finally goes all in on the action. For a moment there, it seems focused and it was great.

I would be remiss not to mention the game's excellent technical aspects. The graphics are quite beautiful indeed. The environments, which can be at times open and bright, with enough opulence to go around, are very well made and there is a lot of attention to detail. The characters also look great, particularly Chris, 48 years old and more badass than ever. He is who I wanna be when I finally decide to grow up. Soundwise the game is pretty good too. Though the voice-acting specifically, while decent, did perplex me somewhat. I found it odd how everyone in Romania spoke with an American English accent. It would be less of a problem if they hadn't butchered the pronunciation of Lady Dimitrescu's name. But that was just grating. Overall, the game was very stable. Not a single bug or crash encountered. It was also fairly smooth performance wise, with the exception of one notable sequence in the castle. Kudos to Capcom for all that.

In the end, is it worth it? First, I should note, how highly unusual it is for a game in this series to be a direct sequel of the previous installment. Mainline Resident Evil games had never before had the same protagonist for two installments in a row. Even the esteemed classic trilogy, composed of tightly connected games, didn't. To me, this indicates that Resident Evil 7 struck a chord with the audience and Capcom had faith in that game. Whatever my misgivings with it, Resident Evil 7 was a great game. Why then, if they wanted to follow up on it, did they change the recipe in so many ways? I can't even praise them for daring a new direction, it's just Resident Evil 4 they are mixing in, not entirely successfully either. Be that as it may, Village remains a good game and I certainly enjoyed playing it. It is not as good as the previous installment, it lacks its focus and balance, but it is still a good game. 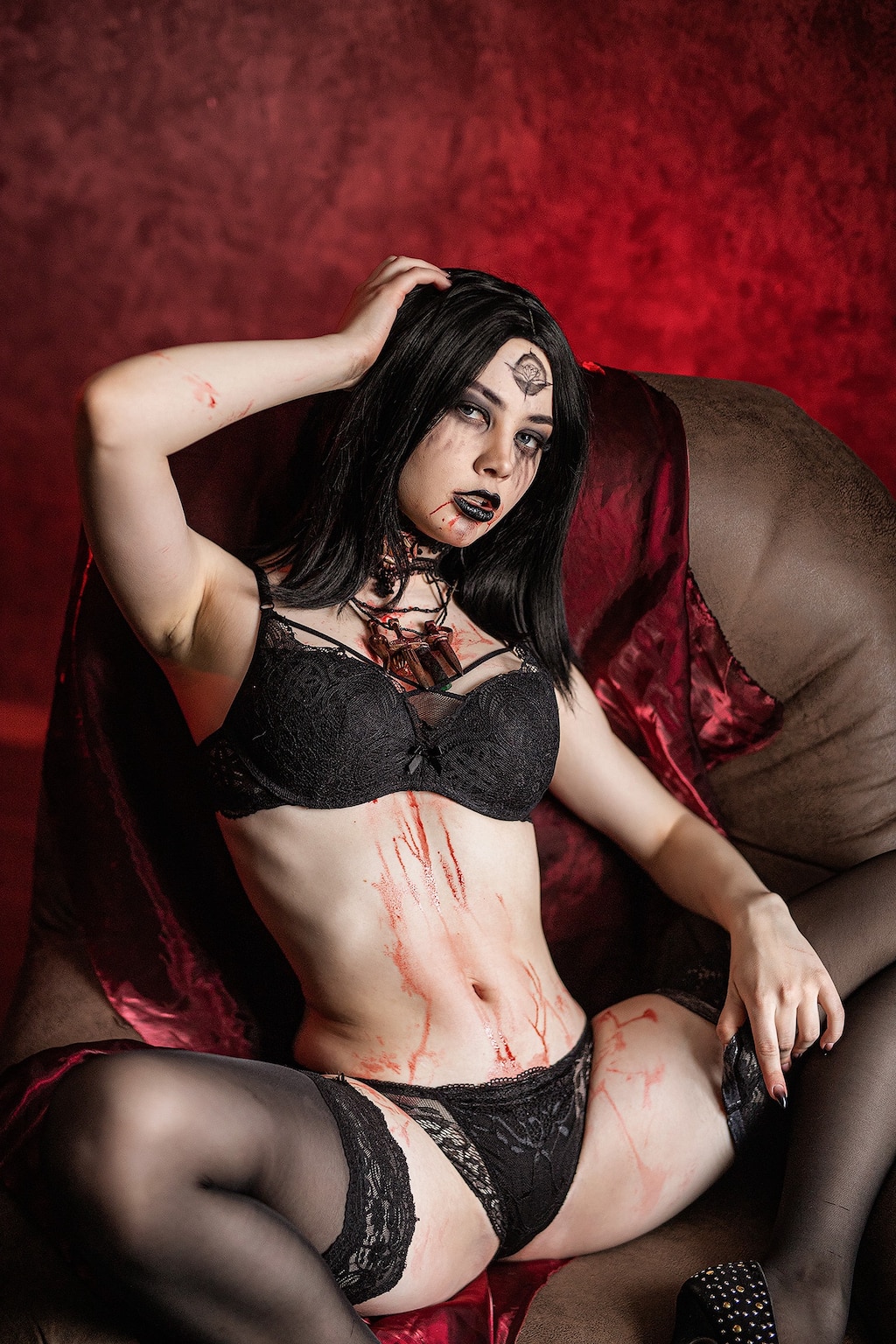 Recommended
14.5 hrs on record
Play this in roomscale VR with motion controls with this free mod: https://github.com/praydog/REFramework/releases
Get the nightly builds for the most updated version. You can play RE2, 3, & 7 too, which are all must plays in VR. Here's my RE8 VR video:
https://youtu.be/jZ6aXPZwJuE

Sairokar
View artwork
OK Crapcom
No more FPS Resident Evil. You got my money for 2 games now I put off buying till now just to complete my RE collection so get back to what made the series great 3rd person and ZOMBIES or atleast the option for 3rd person. Guess I should've known at RE4 the series was straying and I should've walked then but RE is like a drug and Capcom the dealer they get you hooked then start watering down the product cause they know they already hooked ya. Only reason I even buy the series anymore is out of habit & ...
96 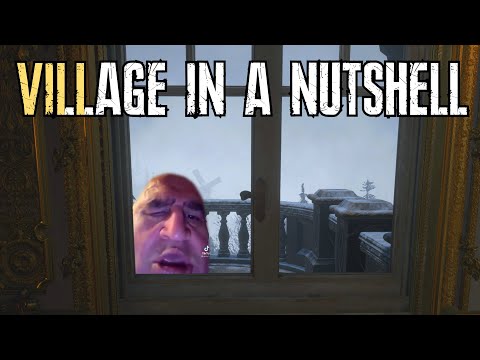 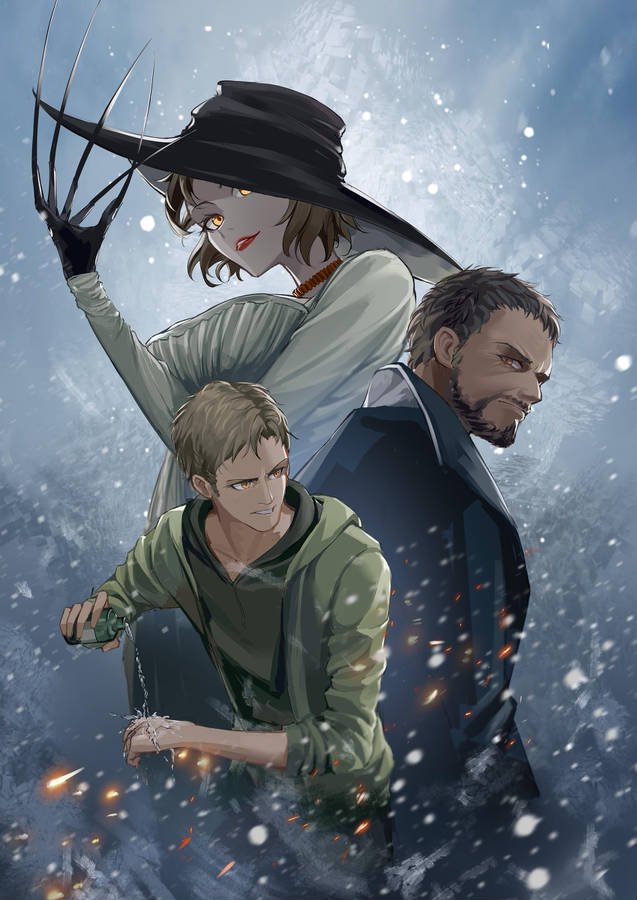 Recommended
16.5 hrs on record
This is just a great twelve hours of solid entertainment.
Moving from the Texas Chainsaw vibe of RE7 to a more grand guignol atmosphere replete with werewolves, vampires and frankenstein monsters should have been a disaster but somehow it works and even manages to tie the story back to the original games through some tortuous narrative twists.
All the rough edges of previous RE games are pretty much smoothed out (except for inventory management...grah) - although a lot of RE fans won't see that as an improvement, I guess, if they like the older games - and, despite seeming relatively open world compared to the other games, this is an illusion and you are pretty much lead by the nose through the game (mainly using yellow items, or splashes of yellow paint to point the way) through to the insane conclusion.
The RE engine is also pretty amazing in the detail and frame rate it pumps out on even modest hardware, it looks pretty sumptuous wherever you are. Not sure whether it's just the type of game I've been playing recently but this is another one that has a last level where you effectively can mow down everything in your way - pretty cathartic to gun down all the wolfmen that have been causing problems for you all game, though.
If you can get it for a discount I highly recommend playing through it for the mental story and sitting back for the ride. 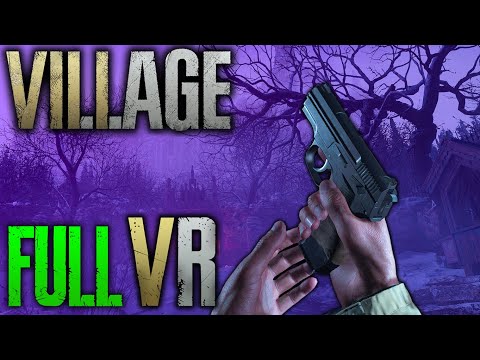 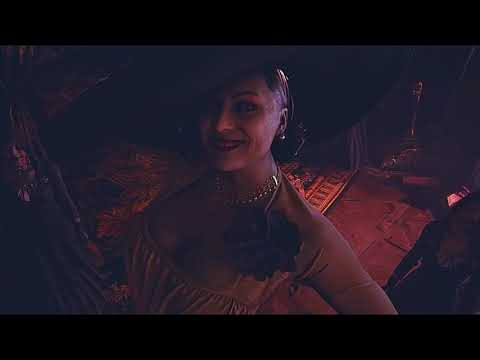 Bargo
View all guides
Should the price be Nerfed?
I really think that the price should be Nerfed like come on who's gonna buy a game for 60 dollars? i really think they should nerf it if anyone agrees comment here!