From legendary game creator Hideo Kojima comes an all-new, genre-defying experience. Sam Bridges must brave a world utterly transformed by the Death Stranding. Carrying the disconnected remnants of our future in his hands, he embarks on a journey to reconnect the shattered world one step at a time.
Visit the Store Page
Most popular community and official content for the past week.  (?)
ENJOY 20% OFF DEATH STRANDING DIRECTOR'S CUT
May 16
ːsteamthumbsupː Hi Porters! Hope you're well and staying safe.

🎬 Save 20% on DEATH STRANDING DIRECTOR'S CUT on Steam for a limited time!

🦀 This includes not only DEATH STRANDING DIRECTOR'S CUT, but also the upgrade from the base game for existing owners. 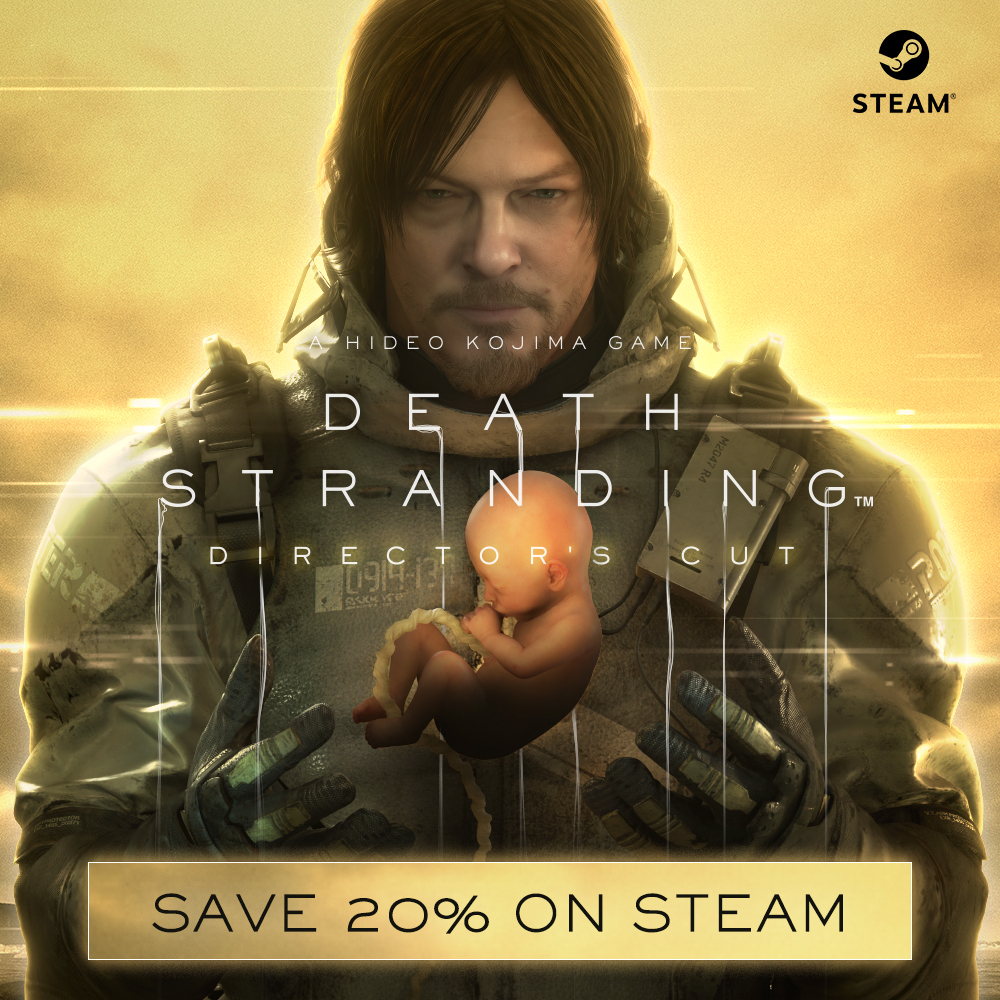 DEATH STRANDING
201
18
Music player while you're outside the private room
Is this a thing? Seems weird
3 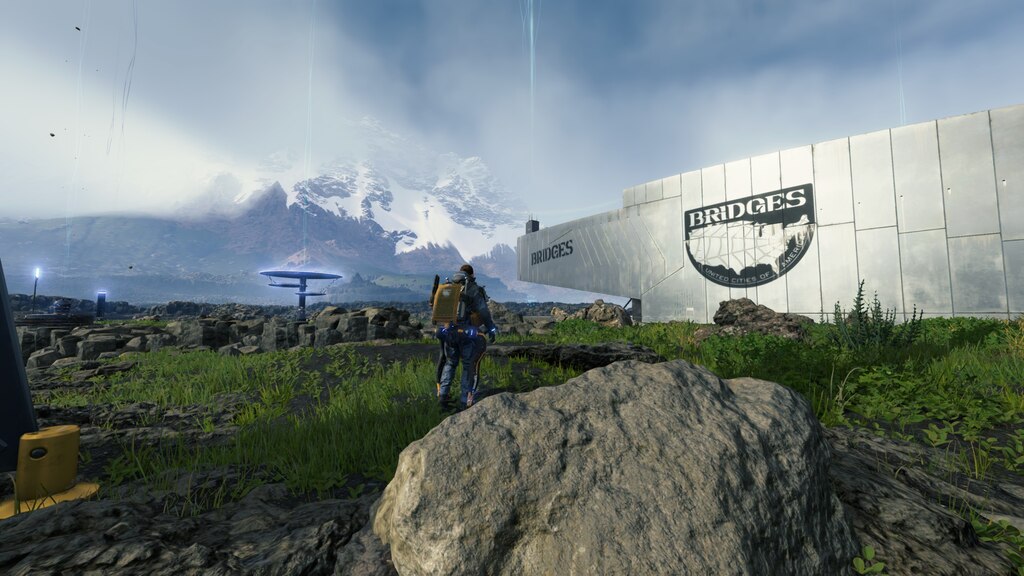 Death Stranding: Soundtrack
Tommorow is in Your Hands.
67 ratings 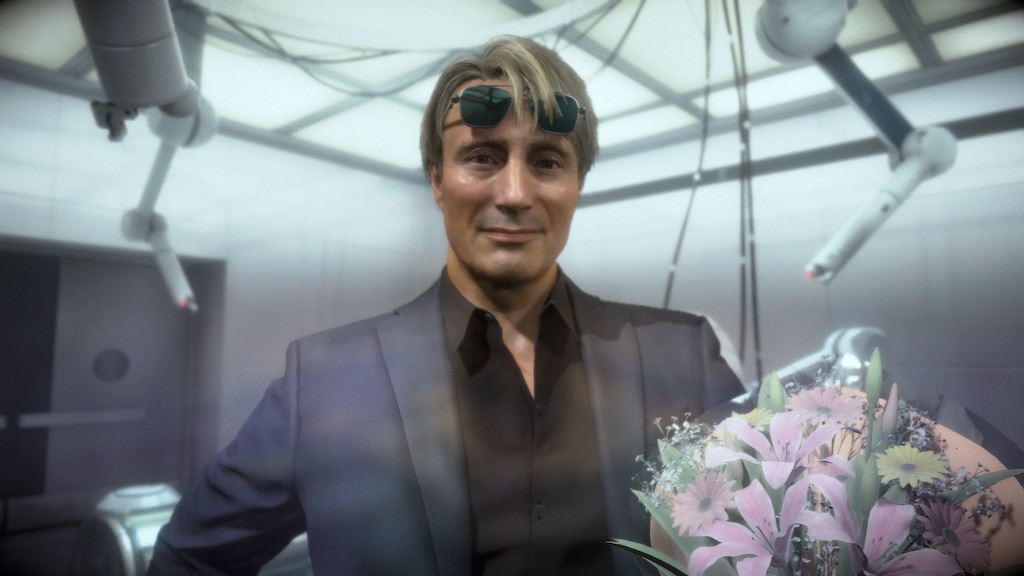 Death Stranding beginners tips & tricks
If you want to be better check this tutorial out! give like and badge photos are from official Sony video and photos that were made after and before the premiere of the game
53 ratings 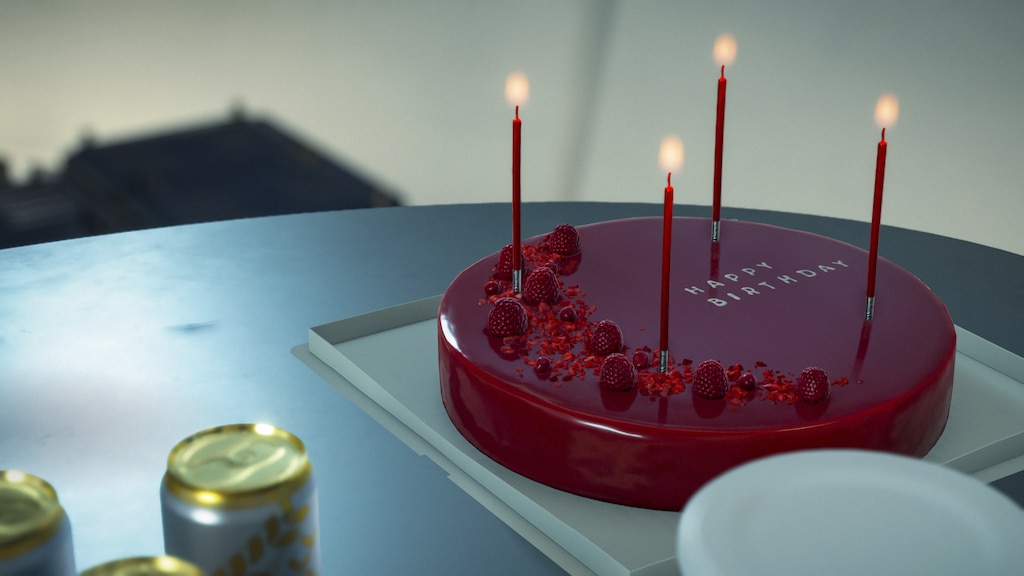 Recommended
57.1 hrs on record
Anyone who's read my reviews knows I'm not one for giving 10/10 perfect scores to games, as I don't believe there is such a thing a perfect game.
And I'm not shy with negative reviews either.
But I would give Death Stranding a 9/10 as it's as close to a perfect game as they get.

I'll start with the (almost) only negative thing in the game - it's length.
The game is just too long.
It's way way way too long.
By the time I thought to myself "hey, that was a nice game, I've done most of what can be done, so I'm probably pretty close to the finish", I was only 1/3 way through into the game.
It also does this annoying thing we say in "Lord of the Rings" movies.
Where you think it's done. It throws a curveball, and turns out you have another ending waiting (post ending).
So when I thought I was done, it was only the first in a series of endings, which took me additional several hours to go through.

Other than that - the game is close to perfection as can be.
Even my wife, who's as far from gaming as one can be, when she first saw me playing the game - remarked how amazingly good looking the game was.
And I was playing with a 2018 graphics card, which can be considered "mid-tier" at best.

The gameplay is fun and challenging.
And the right amount of addictive.
You have plenty of side missions, if you're the compulsive type, and like to finish every side quest possible.

There are difficulty settings, you can change mid-game (as it should be!)

There is a whole lot of stuff you can do.
And most of it is very fun.
And you can choose what you like to do more - and focus on it.
Besides the fact you don't improve your character's stats - the game feels very much like a post-apocalyptic RPG (my favorite genre of games).

I must say, I did not like the story very much.
It felt a bit too "deep". Or at least trying very hard to see "deep and meaningful".
Some people may enjoy these - but I personally don't.

I have no idea who this Kojima guy is (probably because I mostly like PC games), but he sure knows how to make games... 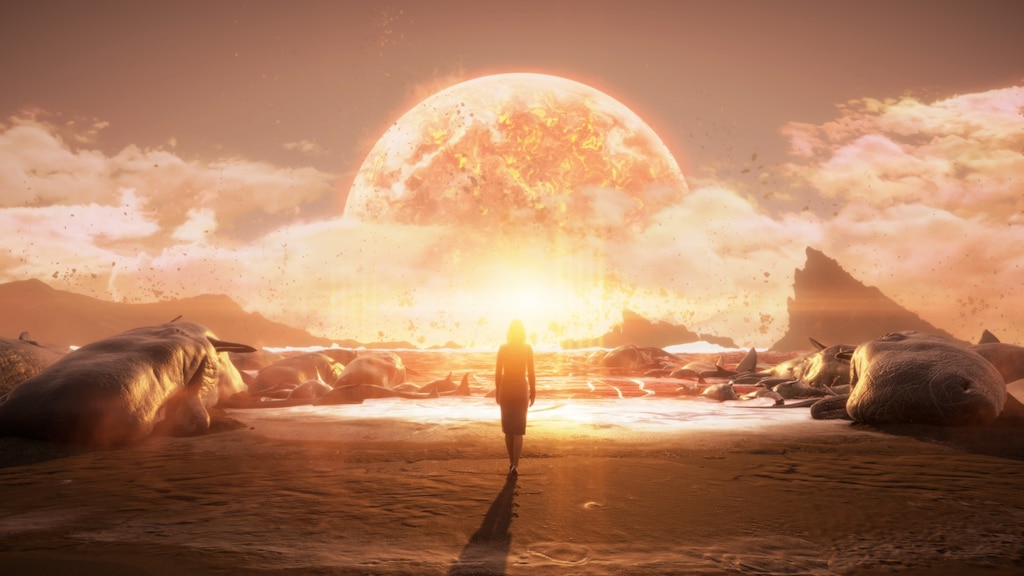 Recommended
100.4 hrs on record
My reviews are never seen. Just know that this game is positive from me and move along

morte
May 20 @ 3:09am
General Discussions
Artwork 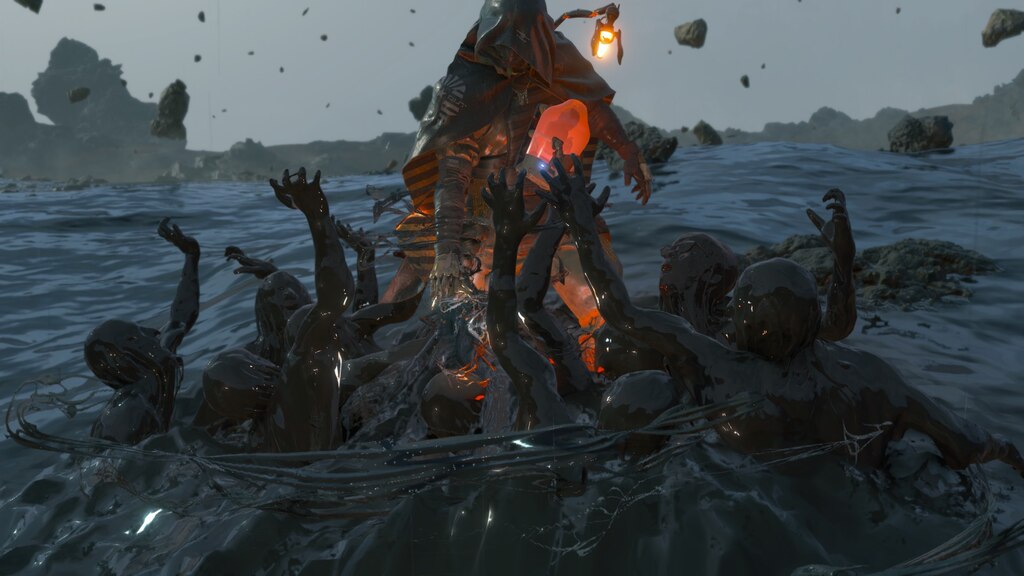 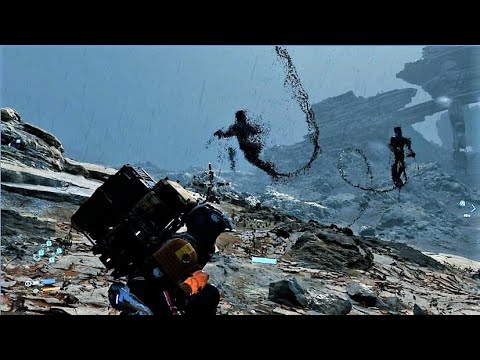 0
3
Hiding from BTs and a really long pee 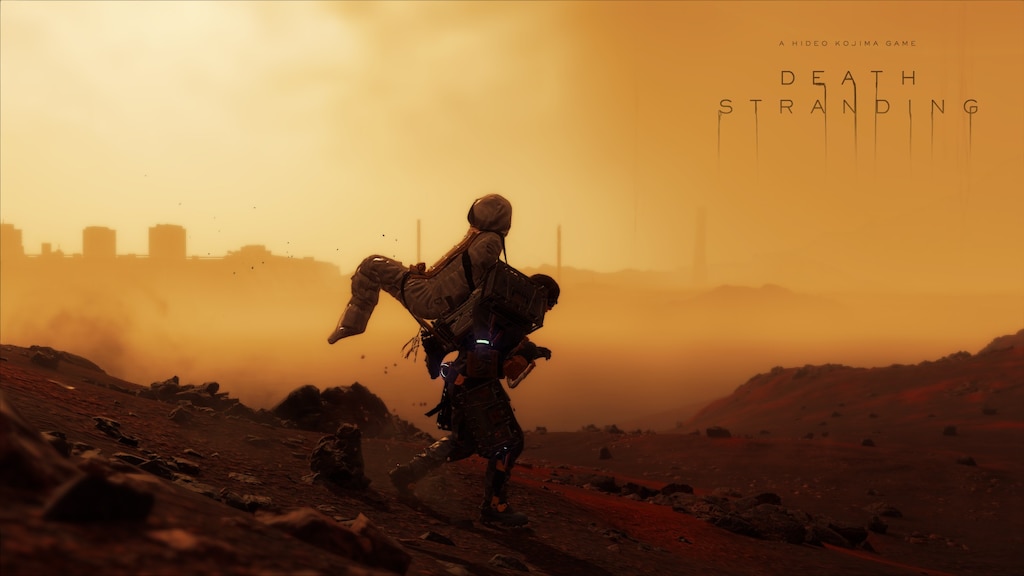 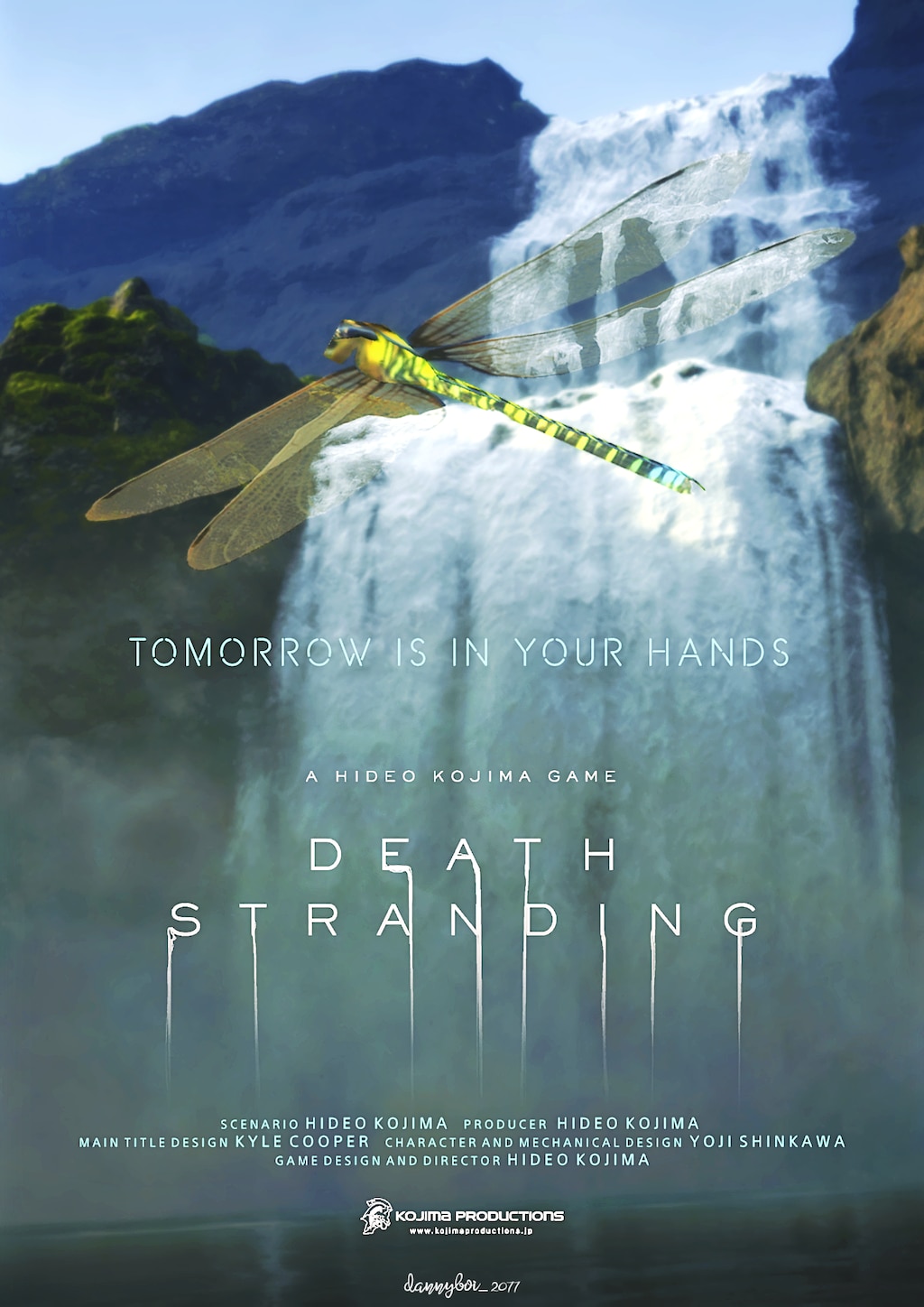 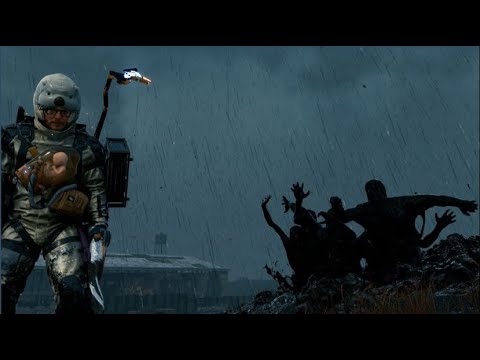 Recommended
24.4 hrs on record
this game is beautiful engaging and tells an amazing story. definitely recommend to anybody that likes Kojima and any fans of Norman Reedus 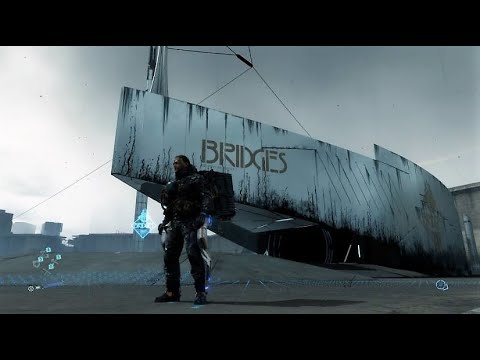 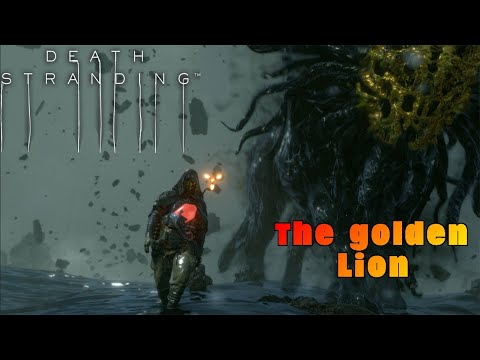 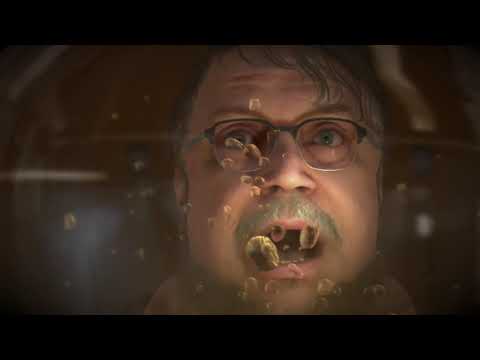 Kerm
View videos
Known Issues & Other Solutions - July 2020
My copy of Windows 10 is fully updated, but DEATH STRANDING is asking me for an older version before I can play. Please ensure that both the DEATH STRANDING executable (ds.exe) and your Steam app (steam.exe) and/or Epic Games launcher (EpicGamesLauncher.exe) do not have an older version of Windows compatibility enabled. ds.exe can be found in [drive:]\Program Files (x86)\Steam\steamapps\common\Death Stranding steam.exe can be found in [drive:]\Program Files (x86)\Steam EpicGamesLauncher.exe ...
635