CARRIER BATTLES is a classic hex-and-counter digital wargame covering the naval-air battles of the Pacific War, from 1942 to 1943. Find your opponent and strike at him before he sinks your precious carriers, while preventing them from invading or supporting your own amphibious operations.
$29.99
Visit the Store Page
Most popular community and official content for the past week.  (?)
Indian Ocean Raid
Oct 17
Attached, a few screenshots of the Indian Ocean raid scenario to come. 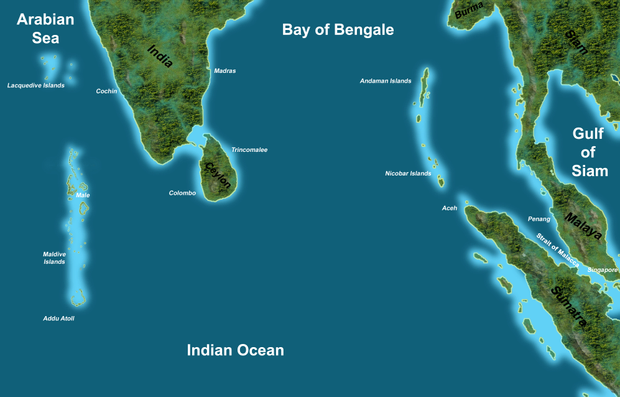 The foreseen rules for the armoured flight decks would be like this:
- The chance to get an inoperative flight deck following a bomb hit drops from 75% to 25% per hit
- A bomb or shell has more chance to hit the deck area rather than the hangar area
Damage control is increase by 2 against a bomb hit, by 1 against a shell hit


In parallel, there is a second game under development: War And Peace covering the Napoleonic wars between 1796 and 1815.

See a screenshot and an ongoing Kickstarter campaign
http://Support us !

There is even the possibility of a boardgames reprint !

Carrier Battles 4 Guadalcanal - Pacific War Naval Warfare
48
13
unable to play
suddenly asking for license key at start, steam client is running, dont know where the key is located ; thanks for any help
3

derflinger58
12 hours ago
General Discussions
Trying to understand the "Revenge Raids" scenario
It seems like for what they have to do to possibly win, the Japanese forces, which, from what i can see, only consist of TF1 which has 4x CA and 3x DD, and very few aircraft based at Rabaul (2x A6M, 4x A5M, and 5x G4m). How can this possibly be enough? What are the Japanese supposed to use to capture Lae and Bougainville? What am I missing here?...
1 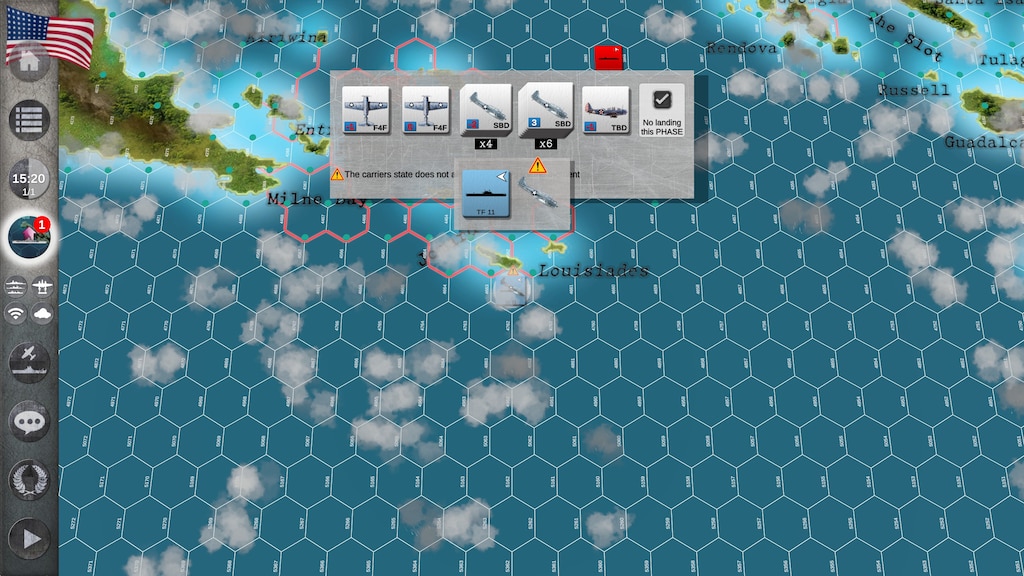 0
1
How do I make this dialog box stop getting covered up by the ship and plane icon box? 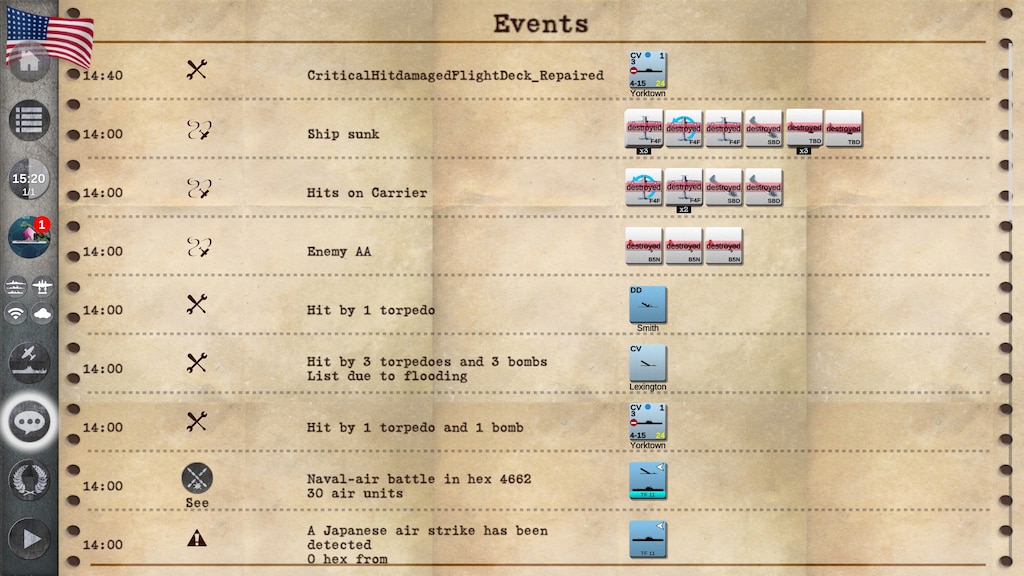 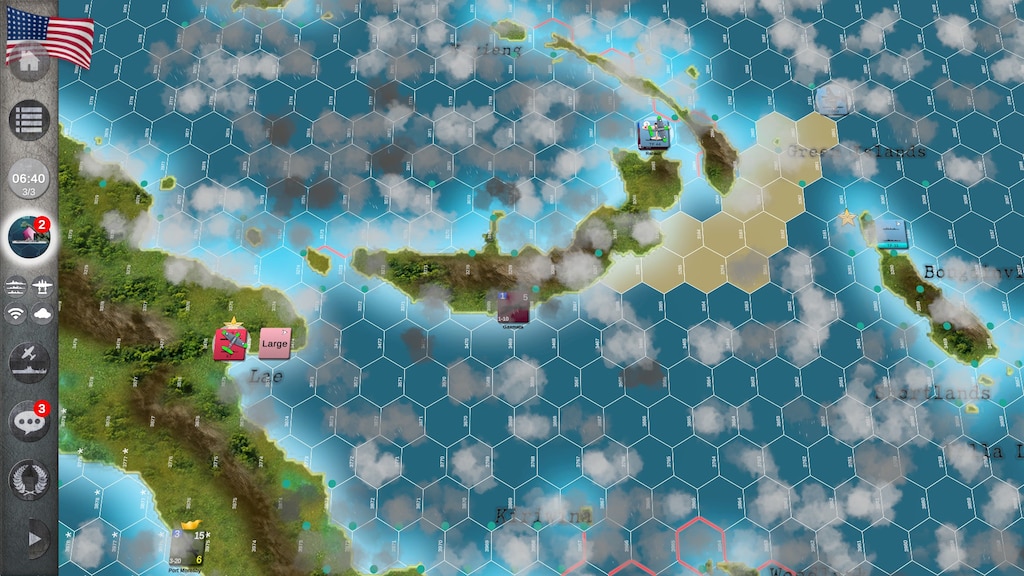 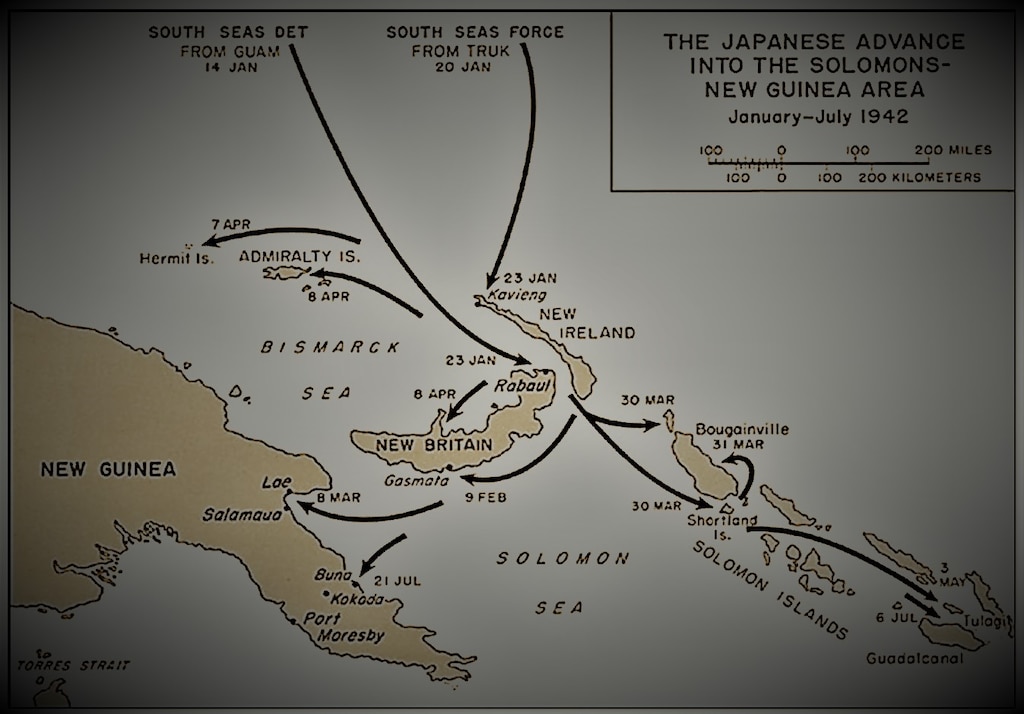 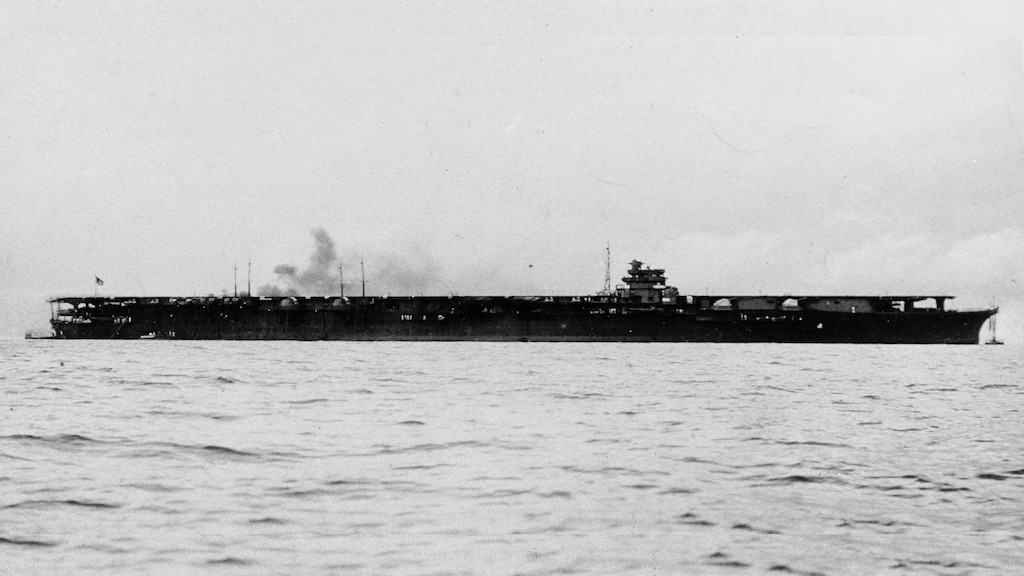 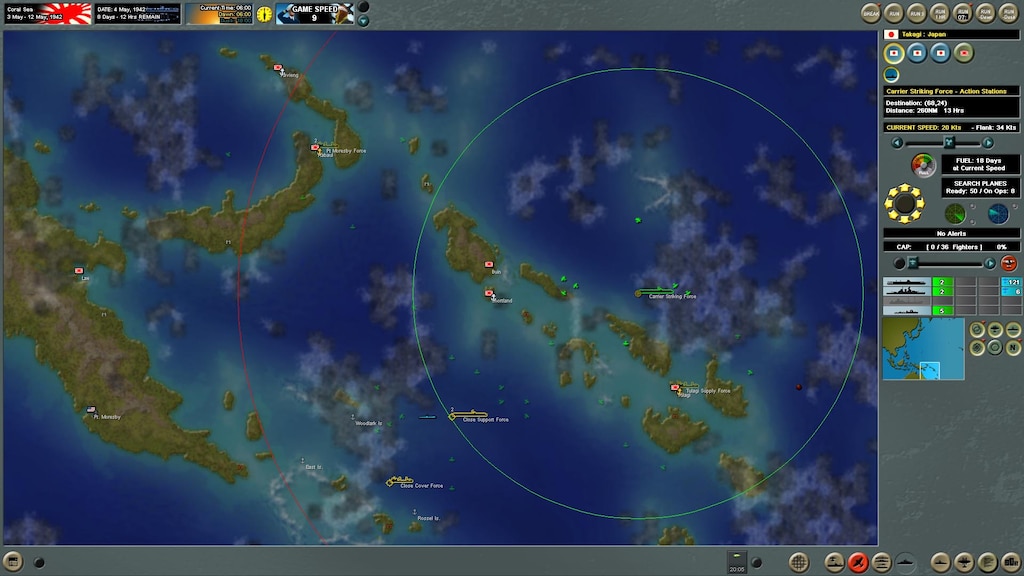 0
6
Carriers at War at Full HD 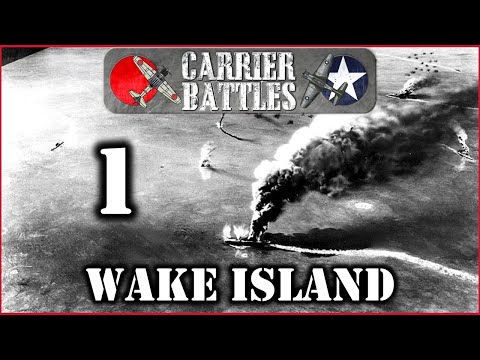 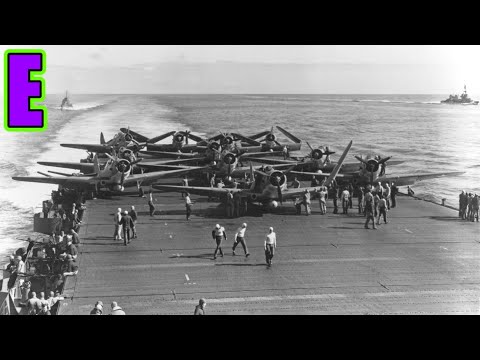 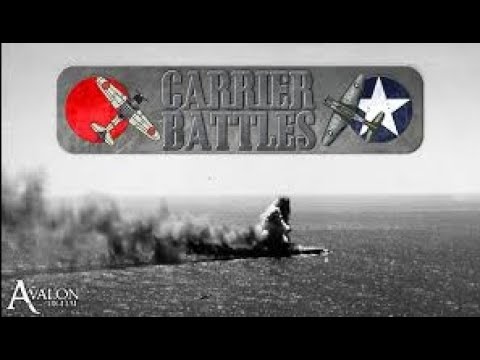 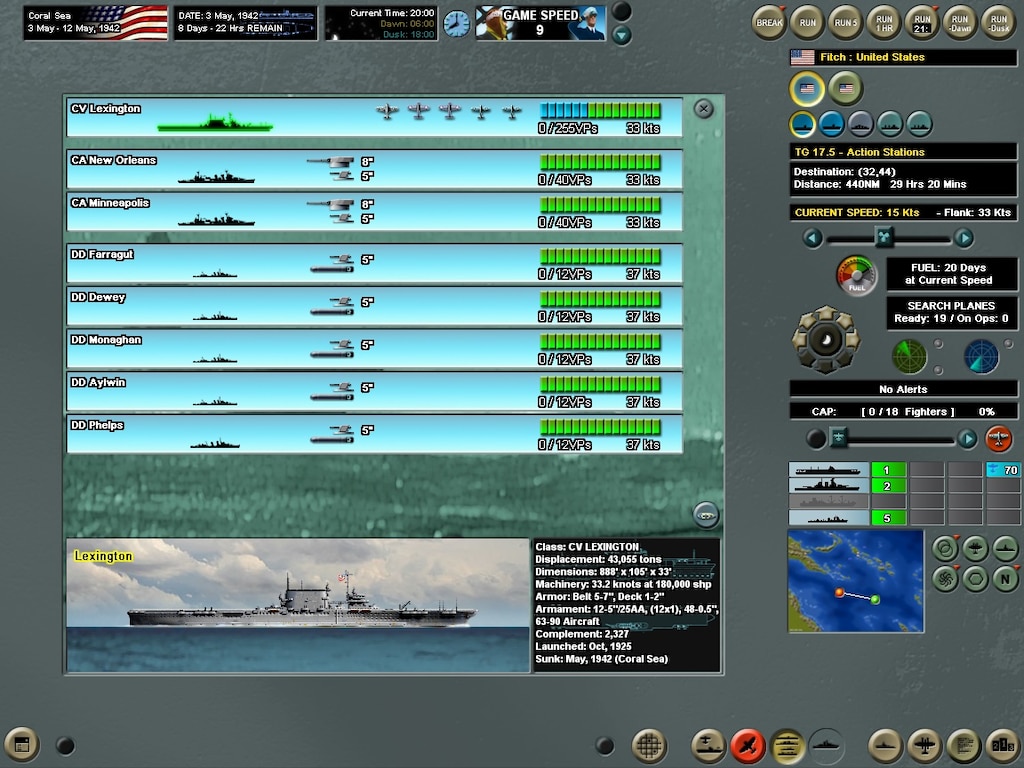 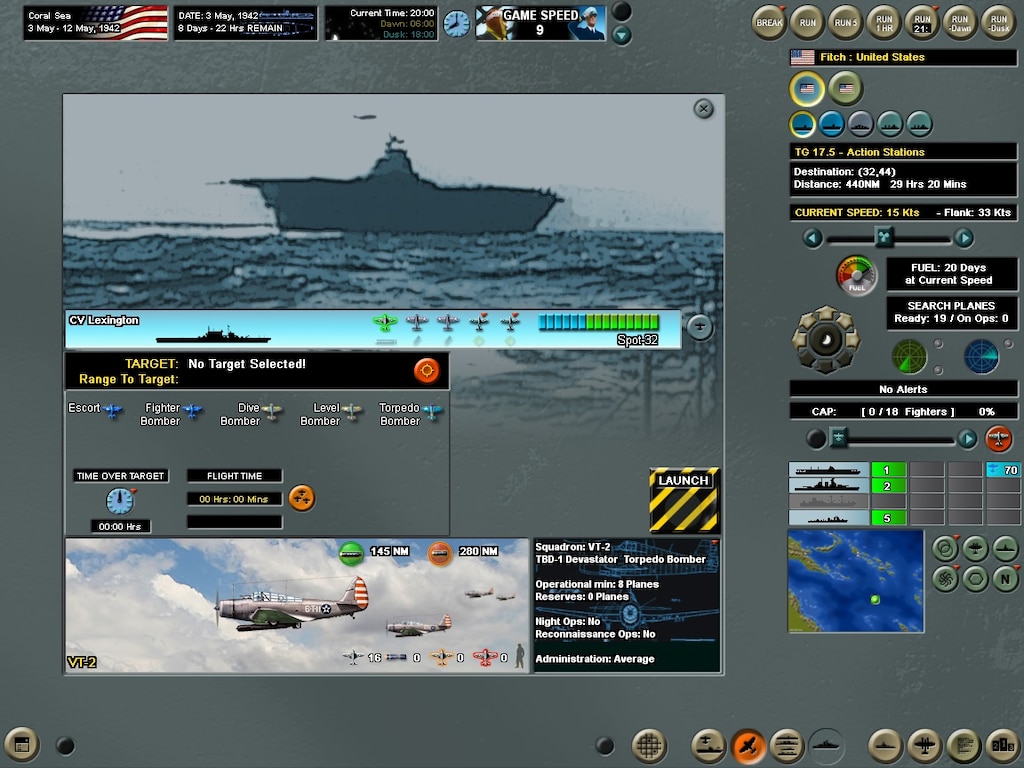 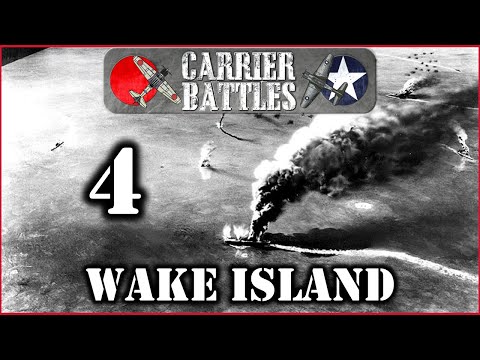 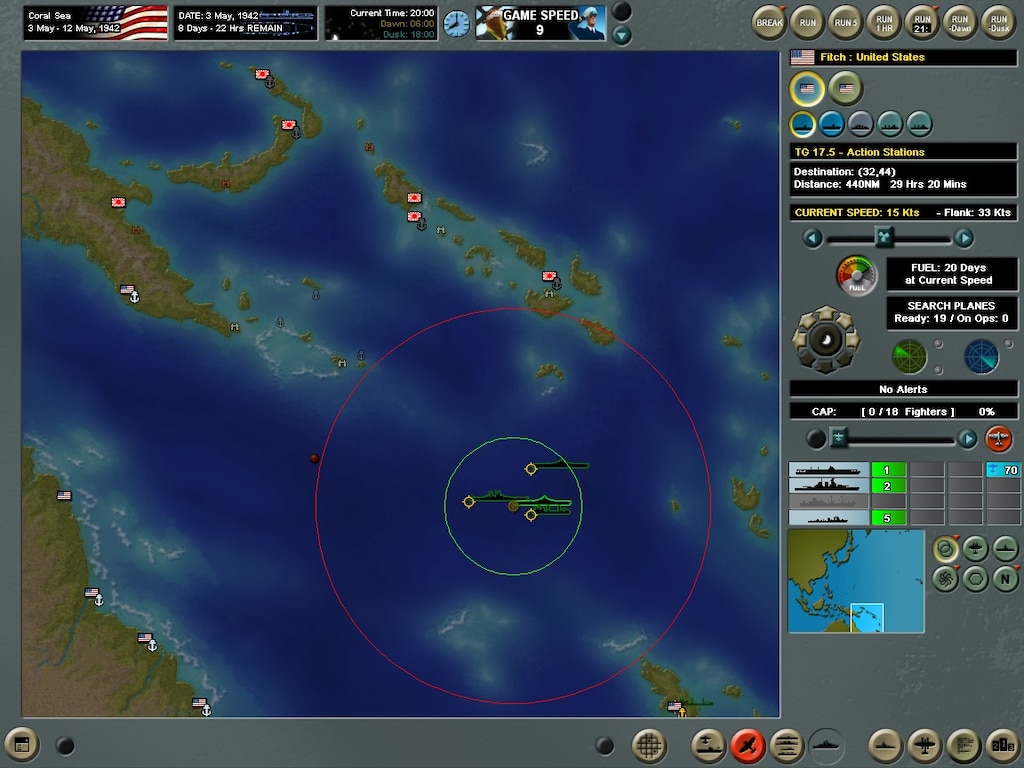 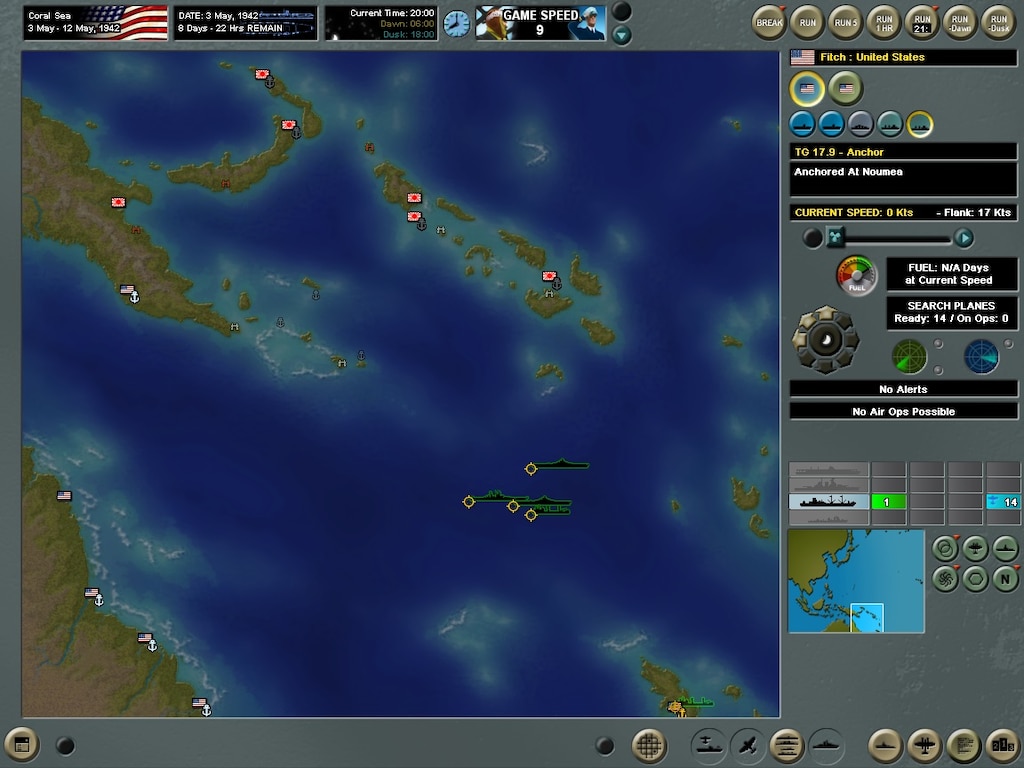 carrierbattles
12 hours ago
General Discussions
Unsinkable?
Whats the biggest beating you've given or received on a ship and it still kept coming back for more? I'm sure there's better out there but to get the ball rolling for now I have a Japanese opponent whose battleship has shrugged off 1 torpedo, 8 bombs and 4 shells. Its dead in the water so its not going anywhere but the damn thing isn't even on fire as far as I can tell!

fluidwill
4 hours ago
General Discussions
About Search & Destroy
I realize Search & Destroy is on the road map. Here's one possible way of implementing it: Let player place a target counter on any hex, the counter can then be targeted for strike. Strike groups look for ships around the hex as per the regular rules, perhaps with a penalty since pilots would be less committed to look for a target that may not be there. What do you think?...
1