Equipped with cutting-edge salvaging tech, carve & slice spaceships to recover valuable materials. Upgrade your gear to take on more lucrative contracts and pay your billion credits debt to LYNX Corp!
$24.99
Visit the Store Page
Early Access Game
Get instant access and start playing; get involved with this game as it develops. Learn more.
Most popular community and official content for the past week.  (?)
UI Bug
I'll be adding a screenshot below momentarily. i've been playing for the past few days and i've been thoroughly enjoying myself but for some reason my UI has shrunk into the corner of my screen. it hasn't done that before and reloading the game only temporarily made the UI normal again before it switched back to being broken. i can still play just fine but it's a little bit aggravating having to read fineprint because my UI has gone haywire....
1 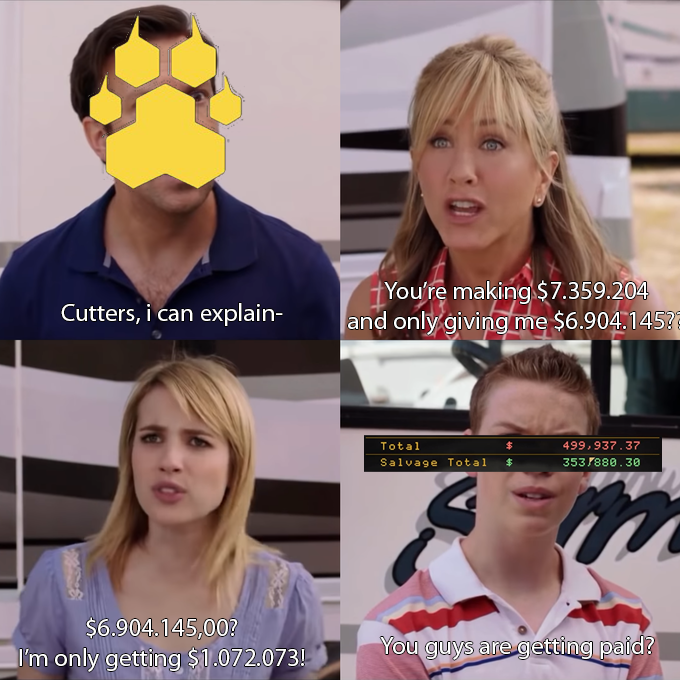 How to Simulate an "In-Helmet" Radio
"I gotta old stereo fer sale if ya want. Ain't much, but hell, it beats just floatin' out there with nothin'." A way to boost your immersion by using a couple (free) programs to simulate a personal music player in your suit.
108 ratings

Ship Catalog Icons (Hazards/Resources)
Until we get tooltips for the icons in the ship catalog, here's a guide to what they mean.
76 ratings 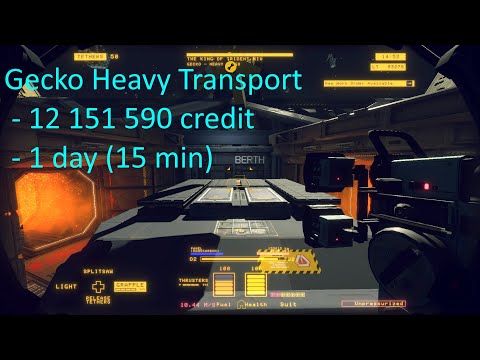 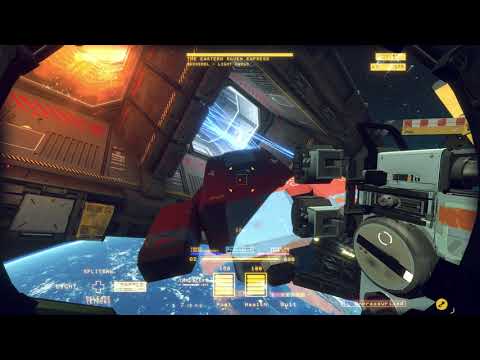 1
10
Hardspace Shipbreaker: You cant tell a fox he cant. 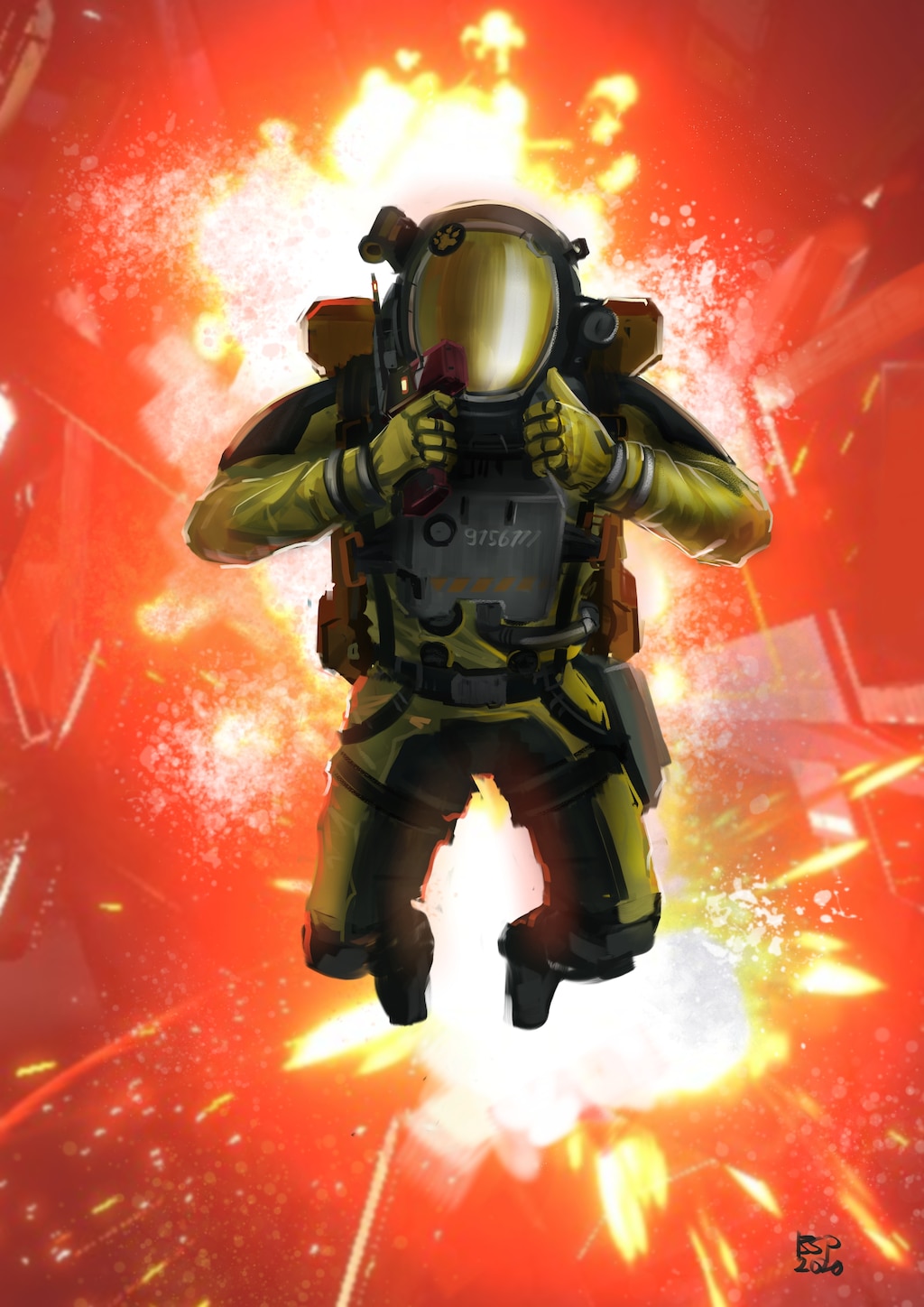 Salvaging "Fish Heads" (Mackerel)
Why read this Guide? They are difficult to salvage because of the composition of materials. The interior panels are made of aluminum(Furnace) while the frame and outer panel are made of Nanocarbon(processor). To salvage it, you must separate the ...
30 ratings 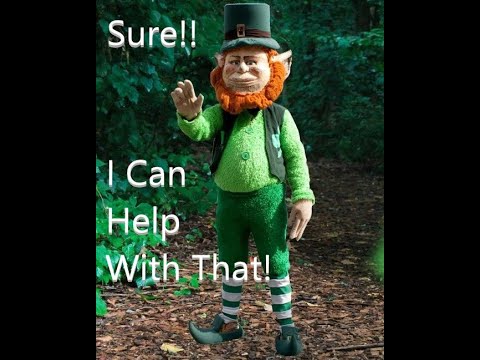 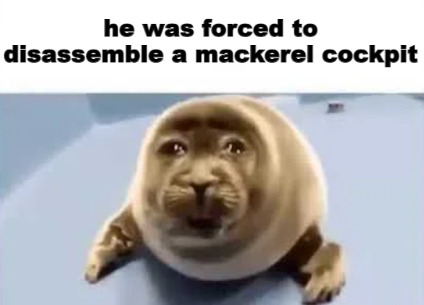 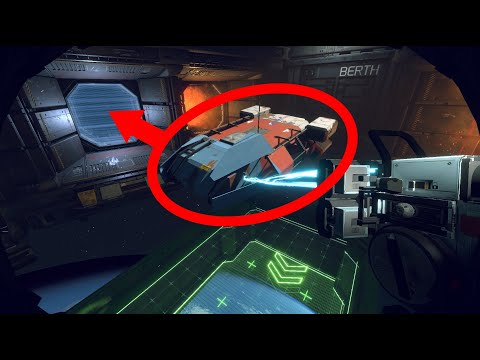 Not Recommended
45.8 hrs on record
Early Access Review
It's a pretty fun game, but the devs don't really want anyone playing it right now and actively work against players having fun with the game. So don't buy it in its current form.

You spend your 15 minute shifts carefully laser cutting ships apart and organizing their parts into into different recycling bins. The better you do this the more you're XP and skill points you're awarded, which you use to upgrade your tools to make the work faster and smoother. The story consists of several cutscenes and NPC to NPC radio conversations you listen in on between shifts.

For some reason the devs feel that they need to do a full progress reset each time they add to the storyline of the game. You can still access your old saves, but without any hope to use your unlocked tools/ships in the main game later. Let me be super clear about this, they are only adding to the story and are not changing the gameplay in any meaningful way that would justify taking everyone's saves away. They are only adding cutscenes at this point.

In their updates they claim they are re-balancing skills and unlocks, so progress has to be reset... but I've experienced two save resets so far and that has not happened at all. The skill trees and unlock order do not change, the devs are lying about that. The only thing they've added is the Armadillo side quest, where you rebuild a spaceship of your own with parts you salvage during your shifts. But this gets taken away from you at the end of the current storyline, so it's just a way to get you to waste your resources on something that gives you absolutely no benefit, and actually takes your XP and skill points away.

Lots of devs are trying to slow player progress to keep them in their games longer, but this is a bit extreme. I would not buy this game until the devs finish it and promise to stop resetting progress. 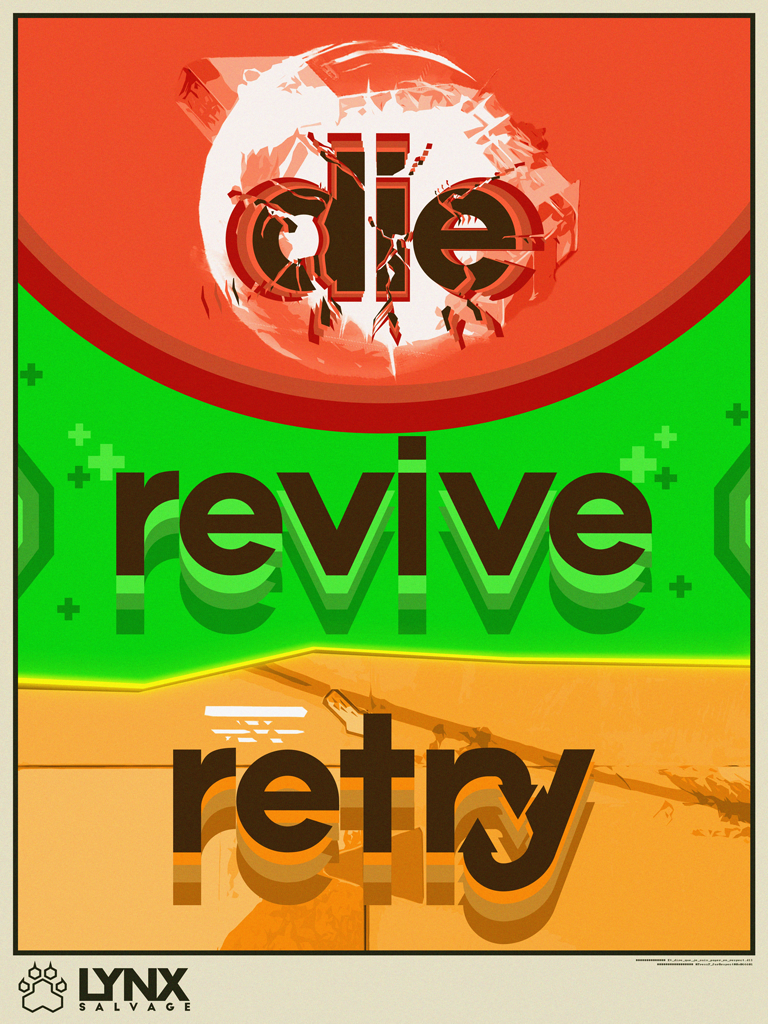 Not Recommended
13.4 hrs on record
Early Access Review
Fun for the first few hours and then it just gets repetitive.

Recommended
31.1 hrs on record
Early Access Review
A great "podcast" game to play while listening to music, podcasts, or a book. The setting is a dystopian future that is usually explored from the outside in other media, but here you're thrust deep into having a seemingly impossible situation to escape from because Bezos took over space manufacturing and no one thought to regulate him. As of right now, Act 2 is out and has a pretty impactful ending that makes you think, "Huh, maybe we should make sure billionaires can't do whatever they want in space."

The gameplay is pretty zen, and it's satisfying to see the insurmountable mountain of debt shrink dollar by dollar as you take on more and more dangerous jobs. You get a hint of the world the developers have built through conversations with your coworkers and data you discover inside the ships you're ripping apart, and it's interesting enough that I pause whatever I'm listening to to drink in more of the setting whenever people start talking. The likable characters are likable, the bad guy(s) make you imagine cutting them up with your tools, and the hints of something sinister outside of the obvious villains are intriguing and have some fun quasi-investigative elements to them (Such as googling the term "Taraxacum" the first time it comes up). I look forward to what they add to the story in the future, but will probably still play a little bit until then because I'm way behind on podcasts and the game is pretty fun even once you've finished the story. It took me about 30 hours to get through the currently available content (Up until Act 2).

I have a few complaints, but I kind of get the feeling that some of them are meant to be part of the gameplay loop. It can be kind of frustrating to accidentally cut into a pipe or barrel that came into range of your cutter at the last moment, but it's pretty satisfying when you figure out how to do a variety of tasks that would get you killed before quickly and efficiently. I do wish there were a way to buy a "longer shift" upgrade to make oxygen purchases not feel worthless and so you could squeeze a bit more out of a single day.

Remote explosives do feel kind of useless because they do so much damage to the scrap you're trying to salvage and are the only way to break some of the stronger cut points, which are inconveniently surrounded by the sensitive items you're trying to free. You can try grabbing a bit of loose material and attaching a bomb to it, but there's no real way to anchor things down so it'll probably float off coarse before you can blow the cut point. I'd love to see some refining here for creative solutions instead of just giving us stronger lasers.

My hope is that they'll eventually have something you can do with the ship that you get early on, maybe once you become independent or whatever you can go for a change of scenery and maybe even do entire stations because you're mobile. I'd understand if this was out of the scope of the current game though. I'd also like to see a greater variety of ships, since they start feeling a little samey after a while. Modding and workshop content would be a huge boon to the game.

As it stands now though: Good game that's fairly relaxing but tense at the right moments, fun to play in and of itself, and great to catch up on some podcasts with. Looking forward to more. 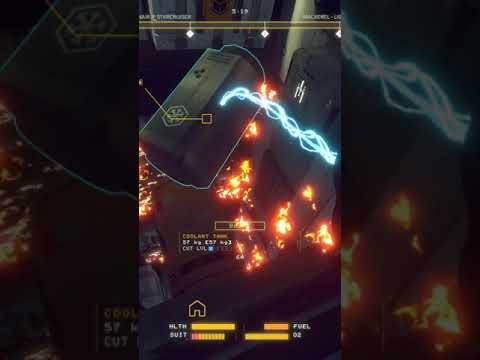 Dyingdemon
View videos
Is it just me, or does anyone else think the workers forming a union and getting rights is ridiculously hopeless?
Spoilers below, so continue at your own risk. So the whole point behind unions is to operate as one unit as a single worker can be discarded and replaced with little trouble, but the entire workforce can't. This level of cooperation is essentially impossible amongst shipbreakers. 1) If the contract is enforceable, they're all literally chattel slaves to Lynx. They can do anything they want, up to and including simply killing them. 2) All the workers are completely dependent on Lynx ...
2

JohnnyT
1 hour ago
General Discussions
Any tips for depressurizing high hazard lvl cargo ships without having them spontaneously explode
Particularly I remember having some lovely heavy cargo Mackerel absolutely packed with unsecured equipment and fuel. Explosive stuff EVERYWHERE, and no place to put it and no way to depressurize safely. I did everything i could but there was absolutely nothing I could do... Am I missing something here?...
8

Draggor
15 hours ago
General Discussions
Tethers in Ships
Can you find extra tethers in ships (like you can with oxygen, fuel, etc?)
4

Zane Thanatos
9 hours ago
General Discussions
Need your advice, please
What type of computer does a person need for this game to run well? It's very slow on mine. I have 32GB RAM. I need a new computer; please, offer your wise, experienced advice as to what I need for these big games. What type of processor, RAM, etc.? Is liquid cooled worth the cost? I so appreciate any help, thanks!...
7