Steel Dawn is the first chapter in the new Brotherhood of Steel questline, free for Fallout 76 players. Paladin Leila Rahmani and her troops have arrived from California to establish a new Appalachian chapter. Work with or against the other Factions to achieve success.
$39.99
Visit the Store Page
Most popular community and official content for the past week.  (?)
Fallout 76: Inventory Update Notes – January 26, 2021
Jan 26
Today’s update brings a Stash increase, a variety of improvements for your inventory and U.I., a new wave of bug fixes, and more. Read on for the full list of changes in Fallout 76.
---
Update Highlights
---
Update Version
PC (Steam): 1.5.1.26 (2.0 GB)
---
Inventory and User Interface Improvements
Stash Increase: Hold onto extra gear with a STASH increase! We've increased the amount of weight your STASH can hold by 50%, giving you 1,200 pounds to work with.
New Inventory Tabs: We’ve added a few new tabs to your inventory menus so that you can better organize your gear, from your snacks and Stimpaks, to your outfits and armor. Stack Weight: What’s weighing you down? From now on, when you select a stacked item in your inventory, the Pip-Boy will show you the individual weight and the stack weight.
Vending Machine Map Previews: The tooltip that appears when you’re previewing another player’s Vending Machines on the Map will now show the number of 1-, 2-, and 3-star legendary weapons and armor they’re selling. This way, you’ll have more information about the legendary goodies players are selling before you choose to Fast Travel to their C.A.M.P.s.
Additional User Interface Updates
Atomic Shop: We’ve added a button to each category page in the Atomic Shop that will let you show or hide the items you already own, so that you can browse what’s still available with less clutter.
Build Mode Visual Improvement: We’ve changed the color of the outline that appears when you build objects in your C.A.M.P. from green to light blue, which should be more friendly for our builders who have colorblindness.
Daily Ops
Elder Tier Rewards: In response to community feedback, we’ve adjusted Daily Ops rewards so that you will always receive an item from the rare rewards pool whenever you complete an Op fast enough to reach Elder Tier.

Spread the Love: New Challenges and Rewards
Starting today, and lasting until February 16, you can claim a free “Heart Wrencher” Skin for the Pipe Wrench in the Atomic Shop, and then use it to complete Challenges that will unlock new cosmetic and consumable rewards! Be sure to visit our latest Atomic Shop article on Fallout.com for more details, and don’t forget to claim your Heart Wrencher Skin.

Fallout 76
1,490
262
I just lost a friend due to a bug?! (For PennyBloods and Bethesda)
Recently I met a nice user with name PennyBloods, she was a lot of levels lower, I ran through some events with her and even Daily Ops, I wanted to help her and I gave her 62 railway spikes for her Railway rifle that I just found, it wasn't much, but it was all I had at that time shortly after the event and I wanted to give her more when I get back to my camp. I don't have many friends in Fallout 76 and I wanted to add her, she accepted my friend request and I was happy for that, I even checked the friend...
9

mr.devolver
18 minutes ago
General Discussions
Leveling up
I have played 999 hours in Fallout 76, and I am at level 182. Does this seem right, I have seen guys at level 400 and up, they must of played 3000 hours or more to get that high, or I am doing something wrong.
16 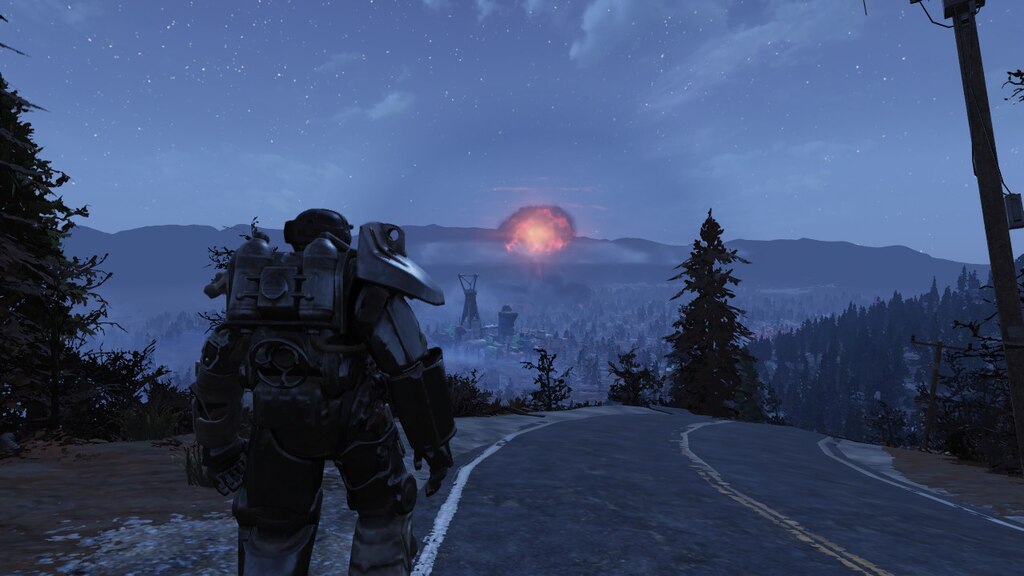 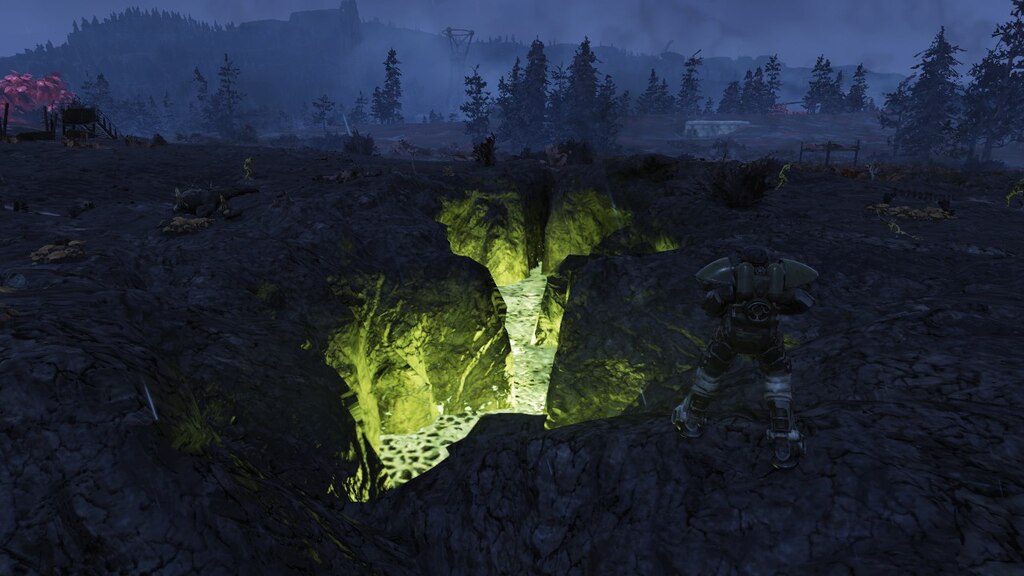 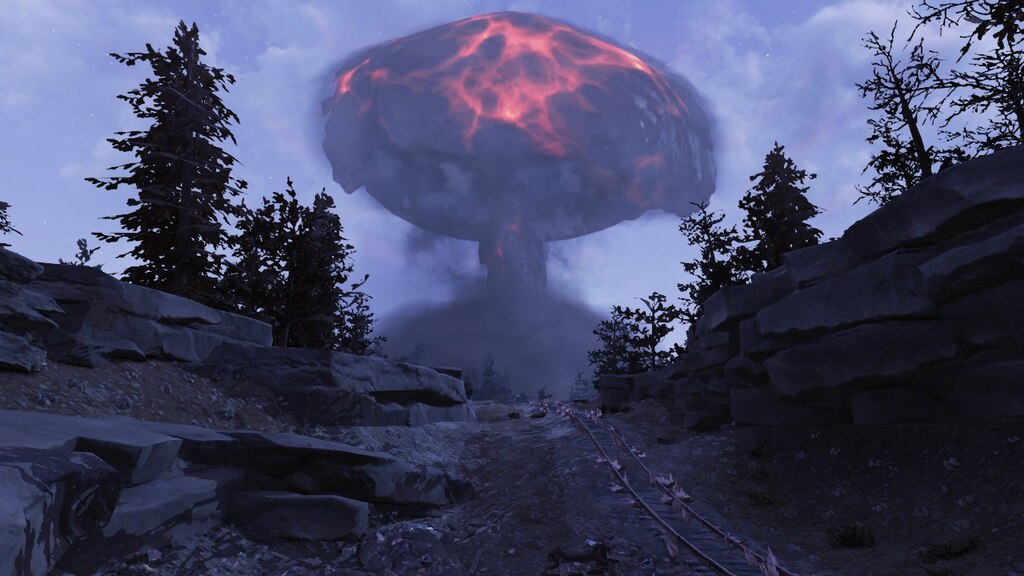 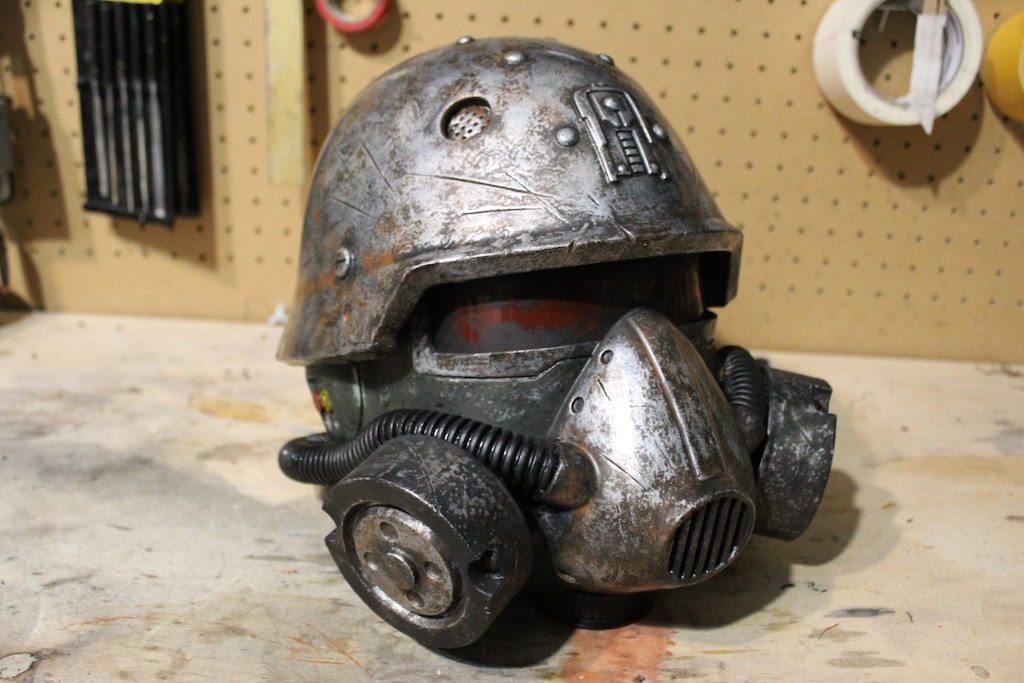 1
3
Brotherhood recon helmet I made 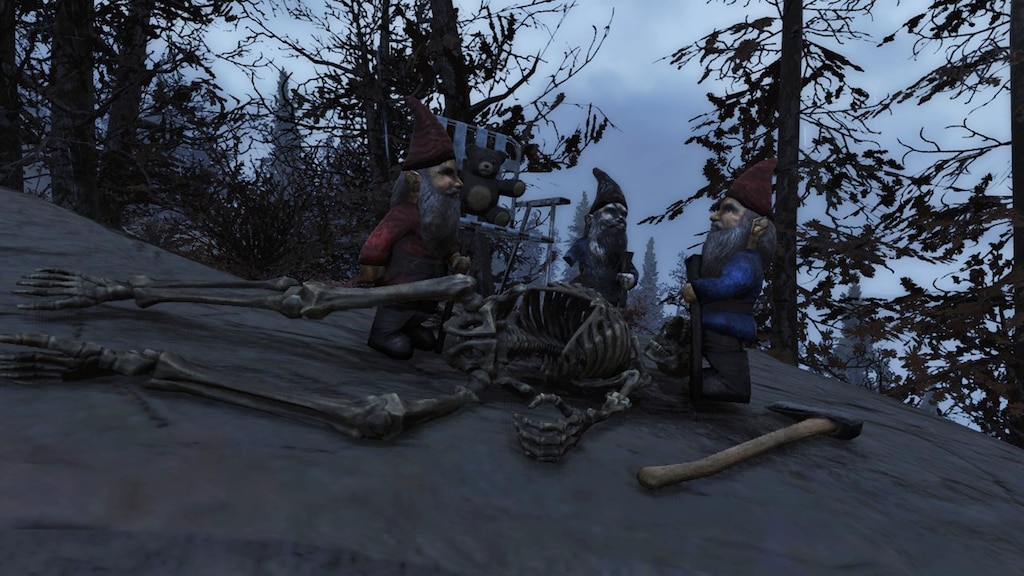 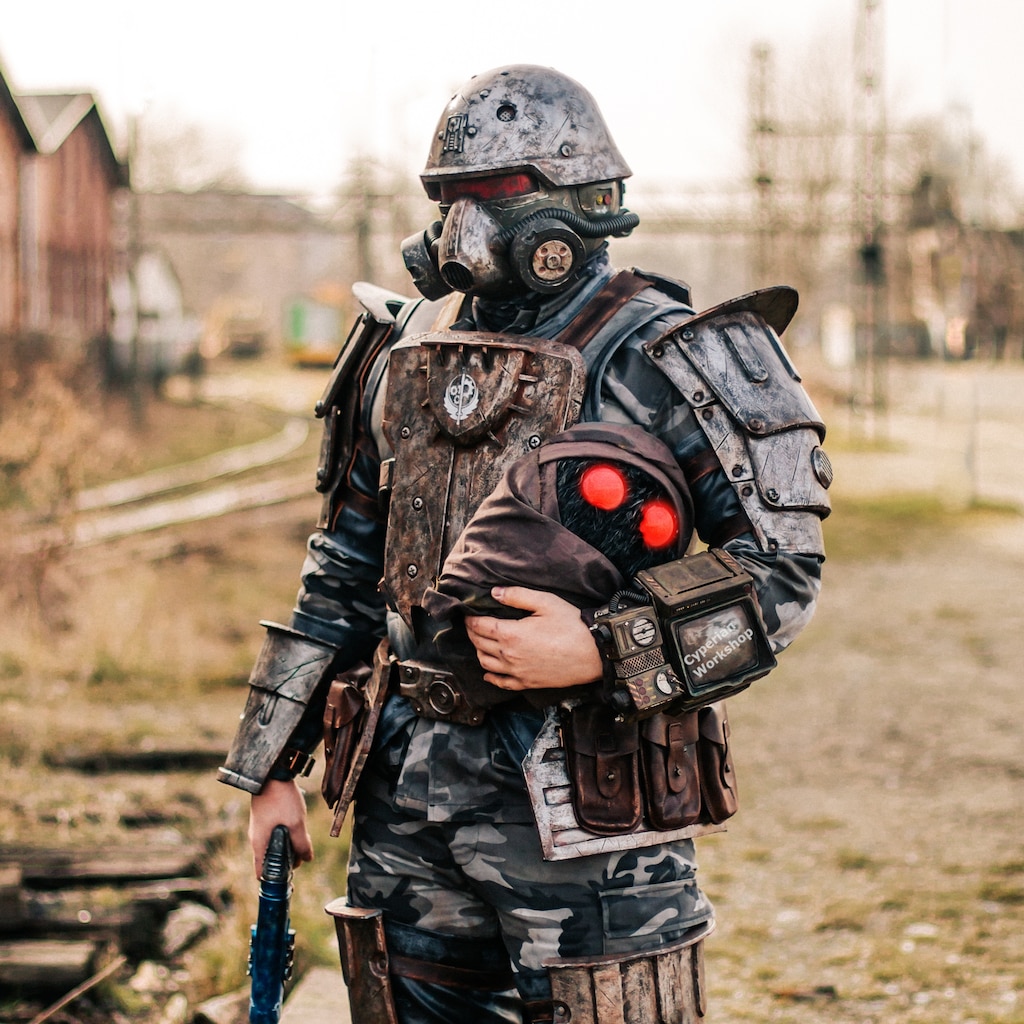 1
2
"Hello, I'm from Brotherhood of Steel and this is my baby Mothman" cosplay by @CyperianWorkshop 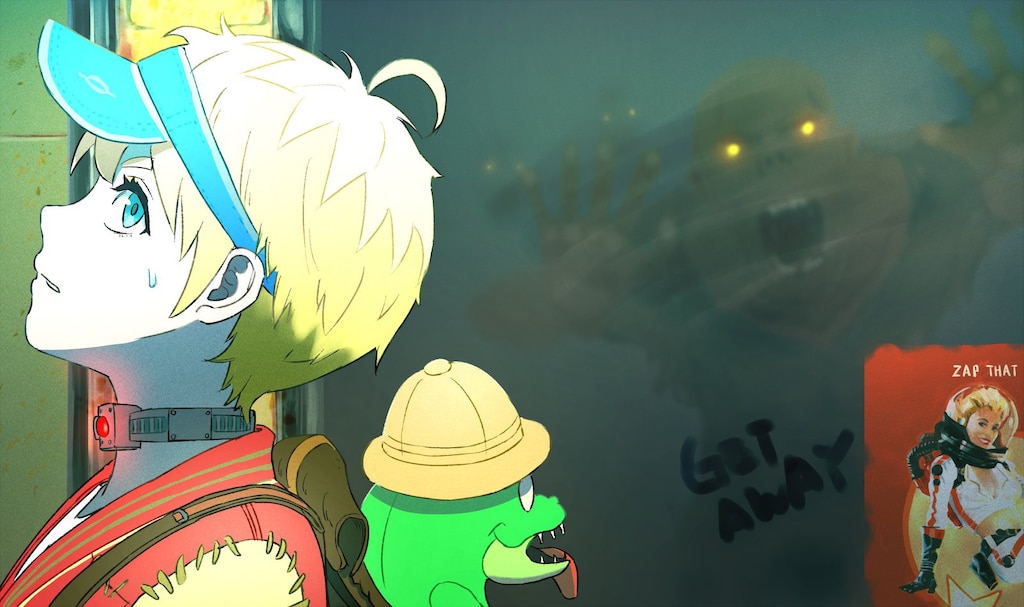 1
1
Which backpack do you prefer?

Simple Architectural Tips for Building in Games
This guide will show you some simple architectural tips from real life that can be used in games as well. Over the years while building houses in games, I've researched different things I was curious about, so here's what I've found. I hope these tips will...

Not Recommended
4.7 hrs on record
fallout 4 but worse

Not Recommended
5.0 hrs on record
Pay to win at every turn...literally, unoptimised, buggy, in game systems not thought out at all. Building bases in this game is possibly the worst experience of any game ever, any pieces you place down float above the ground and above that.....to have anything decent to build or wear or anything else for that matter, you need to pay to unlock it. Everything is pay-walled. Battle Royal mode is clunky and combat is very poor. The servers are often laggy and temperamental at best. If you want a fallout game buy Fallout 4.

Not Recommended
2.7 hrs on record
Playtime : about 40 hours on the bethesda platform
1. It's mmo game in postapocalyptic scenery . It has nothing to do with Fallout series ( maybe with F4 which was bad fallout game )
2. The game is still bugged and glitched . There are plenty moments when u can get stucked somewhere .
3. Optimization doesn't exist . The game has constant fps drops ( even with ini file modified ) . My Pc can handle Fallout 4 ( which has the same engine) on ultra settings with constant 60 fps .
4. It is scavenger simulator . All your activites are about gathering some trash and using it to built some things in your CAMP.
5. If u want to play an avarage mmo game with serious issues ( optimization , lack of content etc ) then it's fine .
If u want to play Fallout series game then you are in the wrong place because even the lore has nothing to do with Fallout games ( Fallout 1 , 2 ,3 , NV) .

Cool/Rare Junk Items to Collect - Fallout 76
This guide will show you a bunch of cool & rare junk items that you can collect in Fallout 76. To put up for display, or to just collect in your stash. Feel free to rate, favorite, and follow me if this helped you. 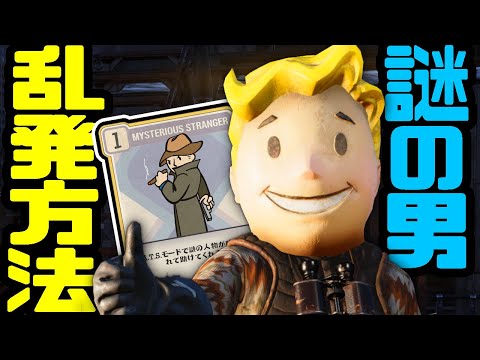 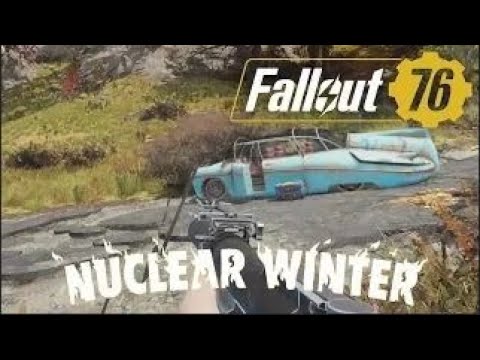 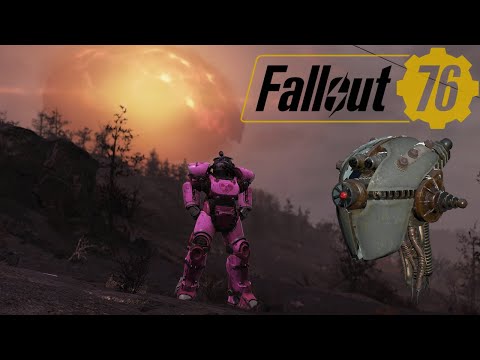 How to Move THIS Thing Out of the Way! (without moving camp)
I see a lot of camps where players build around their camp device instead of moving it, probably because they don't know how to. So this guide will show you how to move your Camp device WITHOUT relocating your entire camp.

Dæmon
View all guides
are power armor plans that rare
other than plans you get from terminals like Excavator or XO1, i cant find any plans for power armor pieces like t-45, are they really that hard to find cause nobody i find is selling them.
9

Skeet
5 hours ago
General Discussions
Anyone think that they should sell vehicles in the Atomic shop?
I mean come on,

could most players resist buying this?

https://www.youtube.com/watch?v=Y4IJlrwWoaE Of course, there's lots of other stuff they could sell.
22