Buy an abandoned gas station and restore it to its full glory. Renovate, upgrade and expand upon the offered services to keep up with your clients demands.
$19.99
Visit the Store Page
Most popular community and official content for the past week.  (?)
Update #3
Oct 9 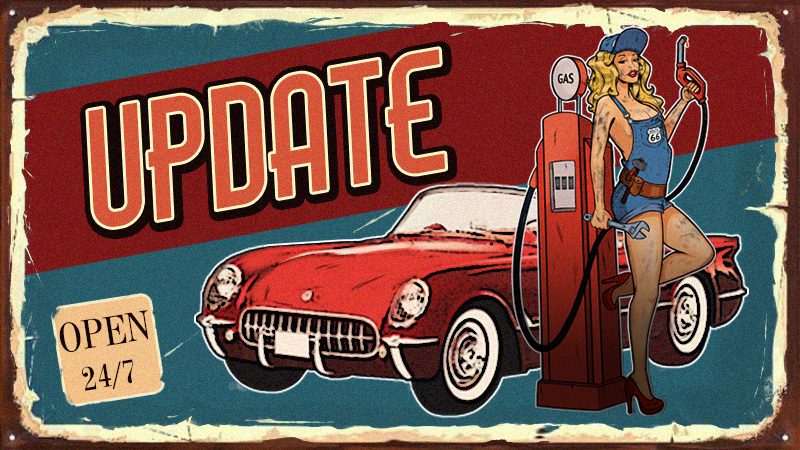 Game Update #3
This is the third update in a series of updates we are working in order to fix bugs and improve the game.

Stability & Performance
- Fixed a loading issue in which the game freezes for a couple of seconds before showing a loading screen.
- Various smaller fixes for random crashing issues ahead of Update #4 that will have a much stronger focus on dealing with those.

Employees
- A new UI element now shows relevant information regarding employees and their current status.
- If an employee is repairing a car, the Workshop UI will no longer pop-up on the player's HUD.
- A car repaired by an employee will no longer leave the garage with its hood open.

Gameplay
- Players can now sell shelves from inventory (25% of the shelf value) and discard decorations, products and car parts.
- A “Car Parts” tab has been added to the player’s inventory.
- Fixed the car parts delivery issue where large orders sometimes did not arrive. Boxes were visible, but when transferred to the storage no items were added to the inventory.
- Fixed an issue where after completing the Lockpick challenge (open 10 trunks), each opened trunk would give 10 positive feedback.
- The spark plug stand will now store more items.
- A time lock has been added that prevents accidentally stopping car repairs.
- Reduced footprints and trash spawning a bit again.
- Reduced the frequency of cars honking.

Visuals
- A Streamer Mode has been added that excludes Denis’ lewd paintings, making the game more underaged audiance friendly.
- Fixed the bug where customers were “flying” around the gas station in a sitting position.
- Fixed an orientation issue with the sunglasses stand. The glasses will now face in the correct direction.
- Fixed an issue with the biker putting art of the walls that was intended for Denis. Now the biker has his own artistic touch.


More to come in Update #4, especially lots of optimizations including loading time and save game improvements. 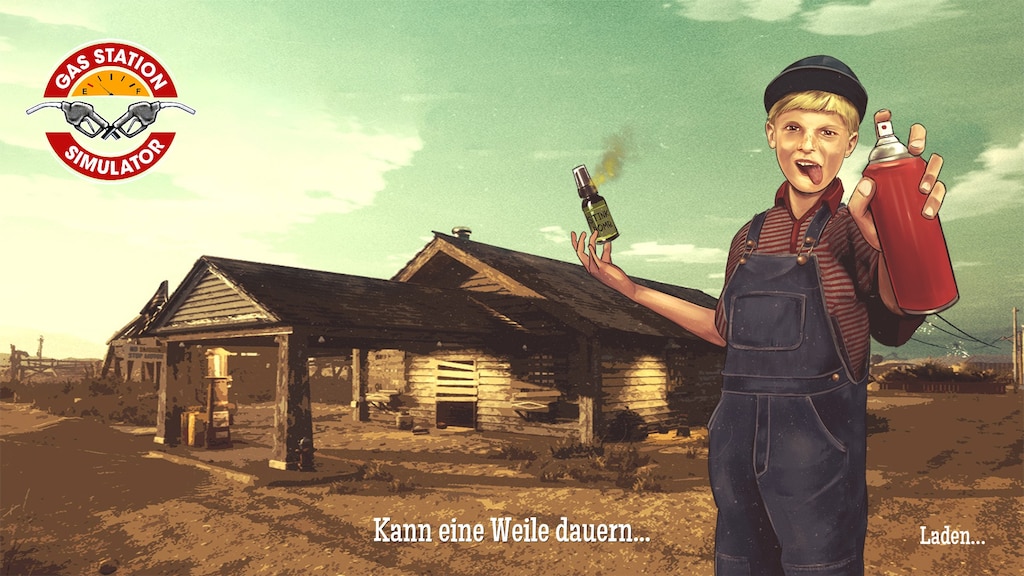 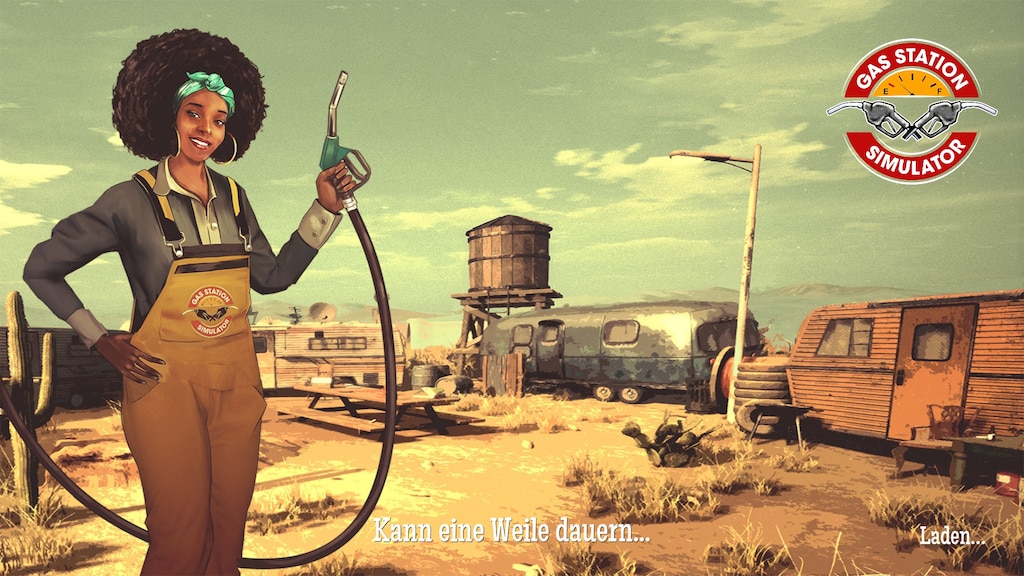 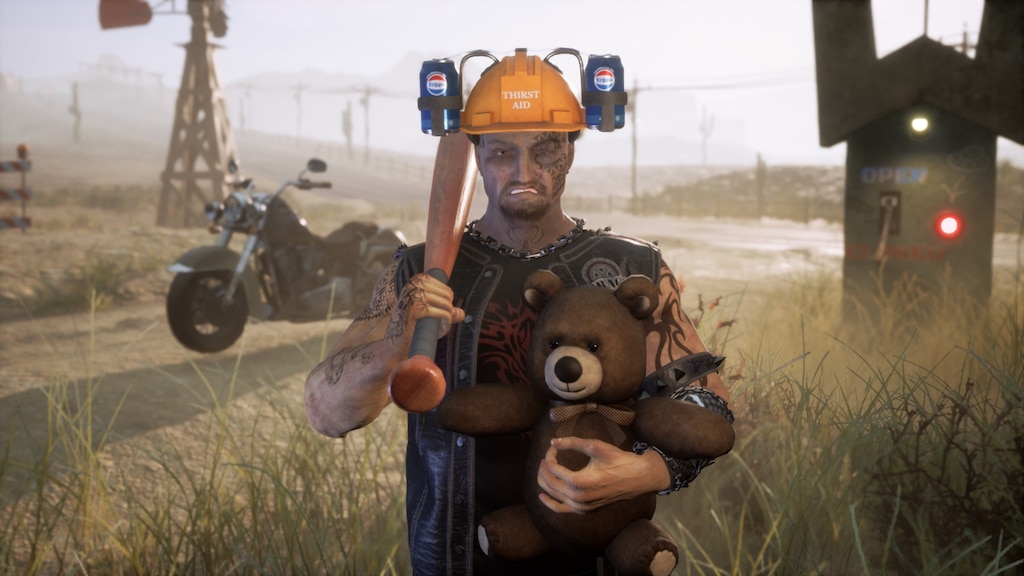 Game Update #2
This is the second update in a series of updates we are working in ordern to improve the game.
The next update is already being work on, but we would rather do smaller, more frequent updates than have you wait for weeks on a large one.

Stability & Performance
- Fixed crashes related to DetachFromActor in Cash Register and Fueling mini-games.
- Ultra Dynamic Sky should no longer update as often which increases performance.
- FPS Lock is now set to 60 FPS by default. The setting will reset any current settings and activate on first run of the game after the update.
- Early game dust particles were removed inside the station at Station Level 4+ as part of the upgrade (minor optimization).
- NPC's were optimized a bit and should now take less resources, resulting in a performance increase.
- Various performance improvements for level 4 and level 5 gas stations.

Employees
- Employees can now jog to get around faster if they have to cover a longer distance.
- Employees should not get stuck in warehouse anymore. They will still go there for now, but they should be able to open doors and not get stuck. In the future will will prevent them from going to warehouse completely.

Gameplay
- All walls and roofs should again be paintable.
- You should now be able to quit the Cash Register mini-game at any time with [F].
- Sandstorms should now correctly spawn sand piles again.
- If you hold a product in hand and put it on a shelf, it should no longer open the product placement menu.
- Workshop mini-games should now show a 'key legend' displayed on the side. These might not be localized yet.
- Items should now overlap less during the Cash Register mini-game. We also changed the scale of some items (newspapers, chips bags, etc.). Both these measures should result in making them less likely to go to the moon randomly.
- Dennis should again make more sounds to make him more easily noticeable.
- Calling the UFO using the Big Red Button when fuel truck arrives should no longer make the fuel from the fuel truck disappear. There will still be two trucks, of which one is empty, but that is a visual glitch to be fixed in an upcoming patch.
- You should now be able to toggle Sandstorms, Dennis Stealing from Warehouse and Party Bus from the Gameplay Options menu to turn them off if you don't like any of them.

Visuals
- 87 Resolution Scale issue has been resolved and resolution scale should now save properly.
- You should no longer see NPC overhead widgets when driving the digger or RC car.
- The animations for no products founds on shelf has been tweaked.

Save Game
- Quicksave (F5) and Quickload (F9) have been added. These keys can't be currently remapped, but that will come in the next update.
- Autosaves now scale up to 5. The newest auto-save will now correctly overwrite the oldest auto-save if 5 auto-saves are already present.
- There should no longer be sparks on the cables after loading a saved game.

Achievements
- We made a lot of fixes to achievements. We also tried as often as possible to have achievements be triggered retroactively. We continue to work on achievements not triggering, but we figured we add at least some fixes to update rather than to wait for all of them. Please give it another try.

Languages
- Translations fixes and added some of the missing translations in various languges.
- Employee UI in non-english languages should look nicer now.

Other
- Added Reset Character button to the in-game menu. When your character gets stuck somewhere, use it to free yourself.
- Steam Cloud Saving is now available.
- Minor fixes to various UI elements.


More to come in Update #3, especially reworks to dirtiness and improvements to employees.

How to fix problem with broom
Truck too slow to leave the warehouse? Car keep getting stuck on pile of sand? Learn the power of broom in 3 simple step....

Hi Me is noobs
View all guides
Video 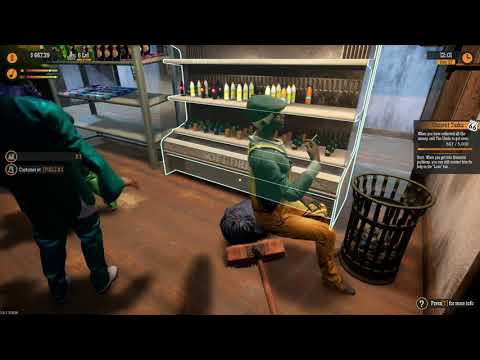 Not Recommended
14.8 hrs on record
Sooo, I saw this game on youtube as many others probably and got really hooked on it and DID love it! But....and there is a big but.

Game is fun, you keep doing progress which while yes, it is a grind it does not feel like a grind because you enjoy it. But some things will start to piss you off. Some are annoying bugs, but after like 10 hours you get into this "Is this it?" pose. And yup, thats it.

Bugs that NEED to be fixed

-trash randomly clipping through floor
-cars getting stuck mostly on parking lot 4
-all of trash dissapears from game at one point
-ACHIEVMENTS, really do fix this - its annoying to fuel 400 cars and you still dont have the "fuel 10 cars achievment"
-employees getting stuck and there is no report about it

At around 10 hours you run into a moment when u realize this is the whole game - from there on its just...repeating without doing anything. There should be much more complications for you to get to this point. Your uncle could make you much more troubles, demanding payments, holding you back from endgame (which is ♥♥♥♥), Make a richer story line, more things to do, harder to get to that point.

Should you buy? No, honestly not, it will get you totally hooked for 10-12 hours and you will have absurd fun! And than it stops, just like that, cuz there is nothing to do anymore.

Worth 5 euro in my opinion 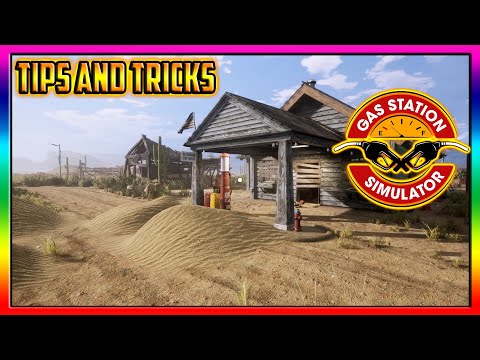 Recommended
16.9 hrs on record
Not typically a huge fan of simulator games but this is a very pleasurable experience!

Towards late game it does get a bit tedious and stressful but still fun to play in these phases.

It'll be even better if they add shifts to the employees though, but that's the major thing it really needs and of course new maps or services in the future!
I have a pretty old PC at this point but I'm not sure if it needs optimising because I do drop frames quite often, but that seems to be common in these simulator games. <--- Probably just me though! 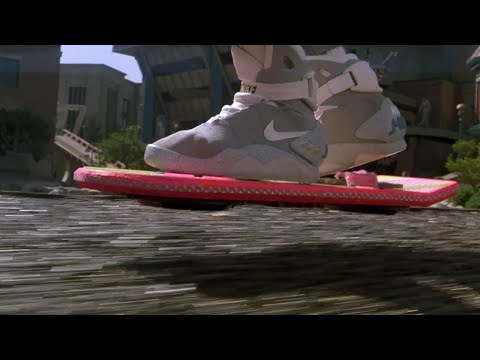 0
1
My name is Giovanni Giorgio 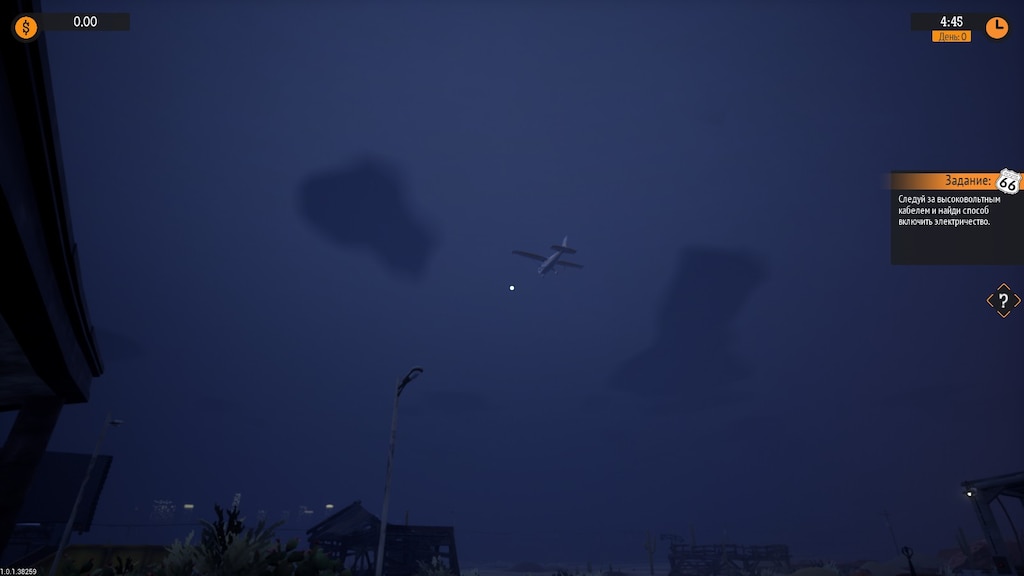 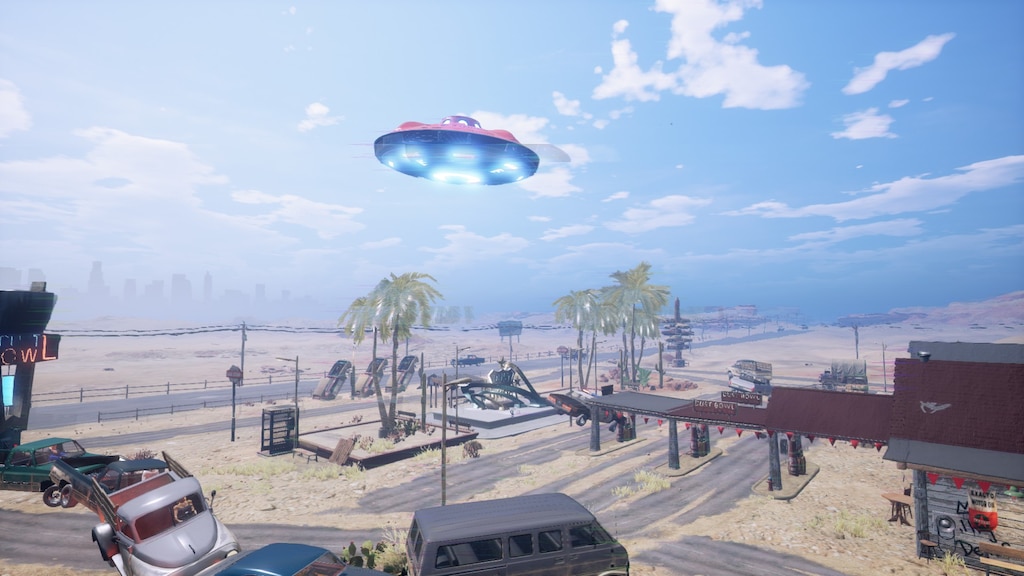 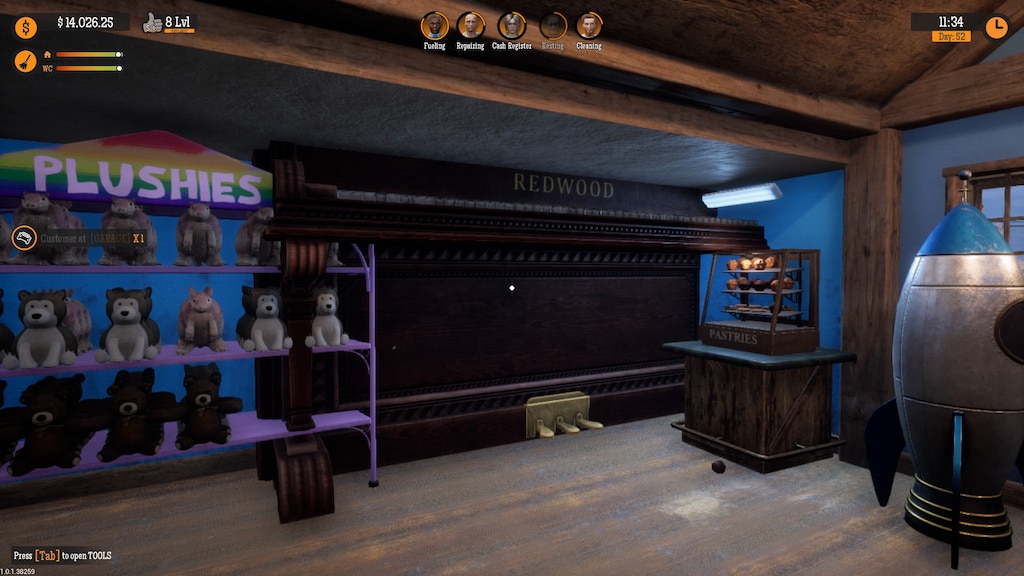 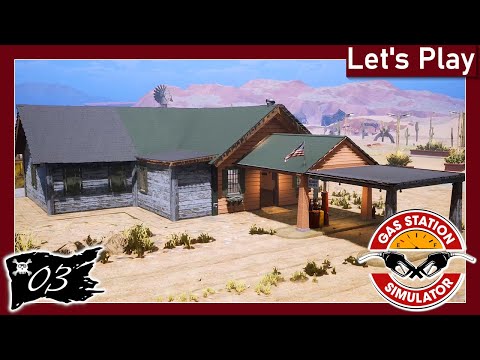 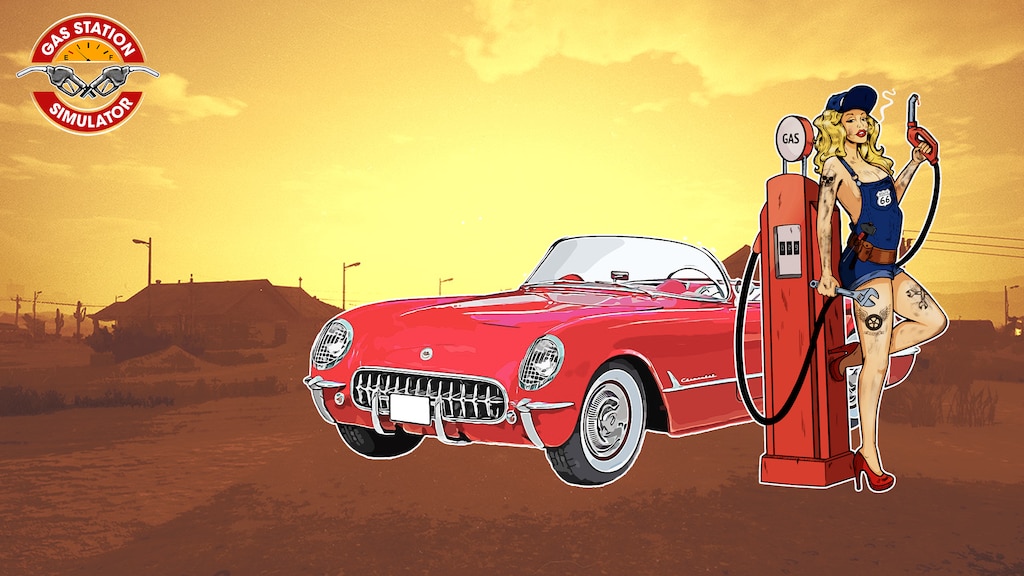 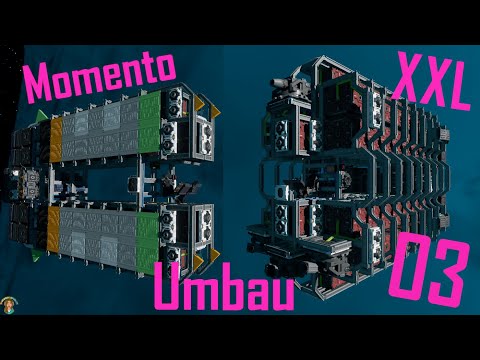 Shazadi spielt!
View videos
Update #3 Discussion
Please find the patch notes for the game’s third update below. Please use this thread to discuss the changes and report possible issues with these changes. Stability & Performance - Fixed a loading issue in which the game freezes for a couple of seconds before showing a loading screen. - Various smaller fixes for random crashing issues ahead of Update #4 that will have a much stronger focus on dealing with those. Employees - A new UI element now shows relevant information regarding em...
93

DRAGO entertainment
3 hours ago
General Discussions
Gg Game
Give back my money.. This game ♥♥♥♥♥♥ trash. All time crashing, so much bugg. And for this like you money? GTFO... This game unplayed.
4

envyXia
40 minutes ago
General Discussions
Game crashing
Since friday, everytime I launch the game a few moments after it crashes and shows a window saying: "An Unreal process as crashed: UE4-GSS2". I've done various things to try to solve this and nothing worked. Did this happen to anyone else? Any ideias on how to fix it?? Thanks!...
12

miguelmaia177
1 hour ago
General Discussions
Screen-Tearing above 120FPS with FreeSync
Hey guys, anyone else having this issue ? As soon as I hit more than 120 FPS, I get screen tearing big time. Its barely noticeable @144FPS and gets unplayable @240FPS. Its not a major issue, since playing with Vsync @240hz or Freesync @120hz locked would get rid of the tearing but Im just asking....
19