ICARUS is a session-based PvE survival game for up to eight co-op players or solo. Explore a savage alien wilderness in the aftermath of terraforming gone wrong. Survive long enough to mine exotic matter, then return to orbit to craft more advanced tech. Meet your deadline or be left behind forever.
$29.99
Visit the Store Page
Most popular community and official content for the past week.  (?)
Icarus Week Seven Content Update
Jan 21
As the Icarus team's planning for 2022 continues, this week we've taken a break from adding new missions to get a bunch of new items into the workshop. You'll find a lot of new options to take in your dropship load-outs that let you choose how you want to tackle a mission. 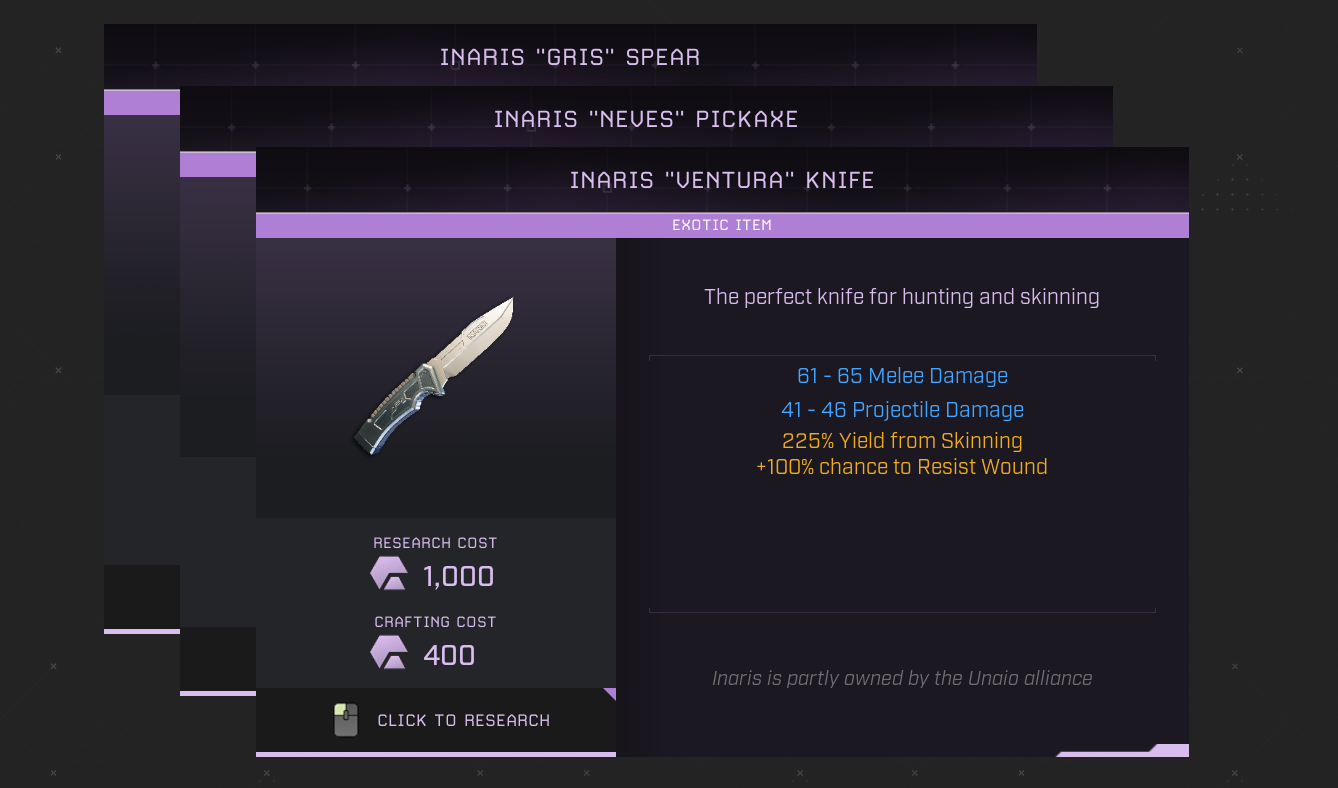 Showing their heritage in the mining industry, Inaris’s products have a weighty, industrial look to them. They're designed for durability as you'd expect of products used far from Earth where repair and replacement are difficult if not impossible. 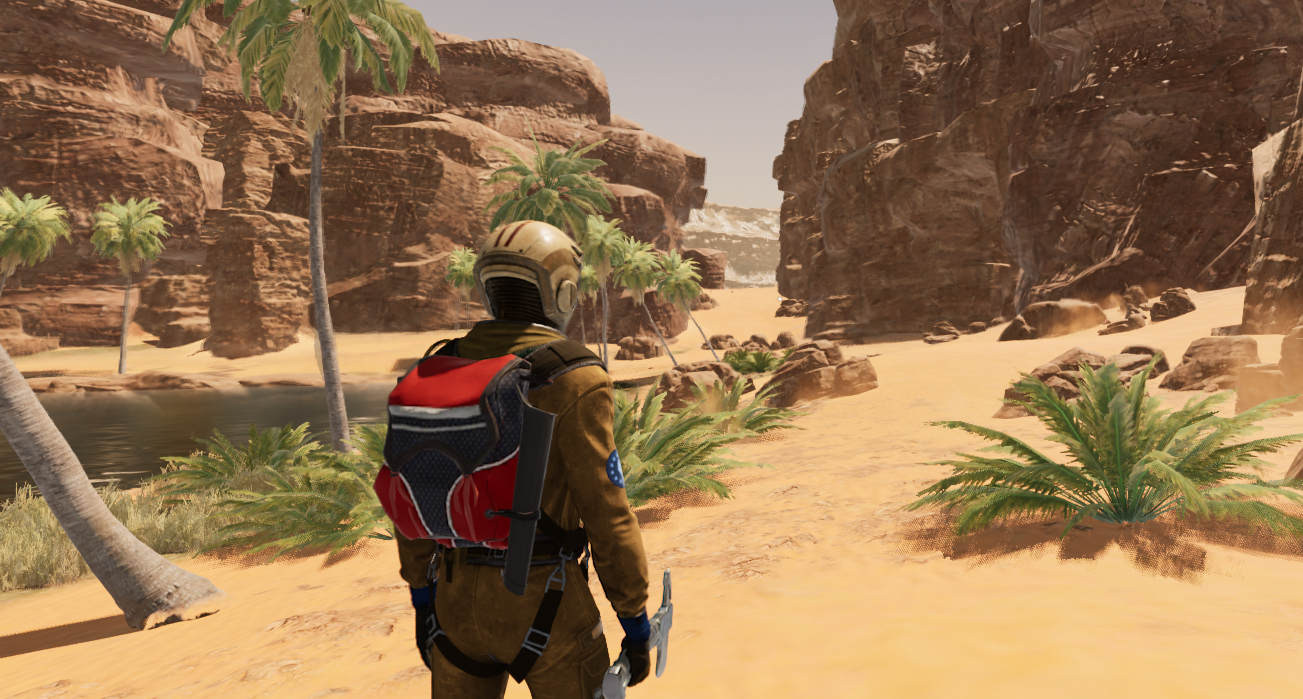 Offering more than just extra inventory space, these specialist backpacks offer additional bonuses whether you consider yourself more of an Archer, a Gatherer or a Survivor. 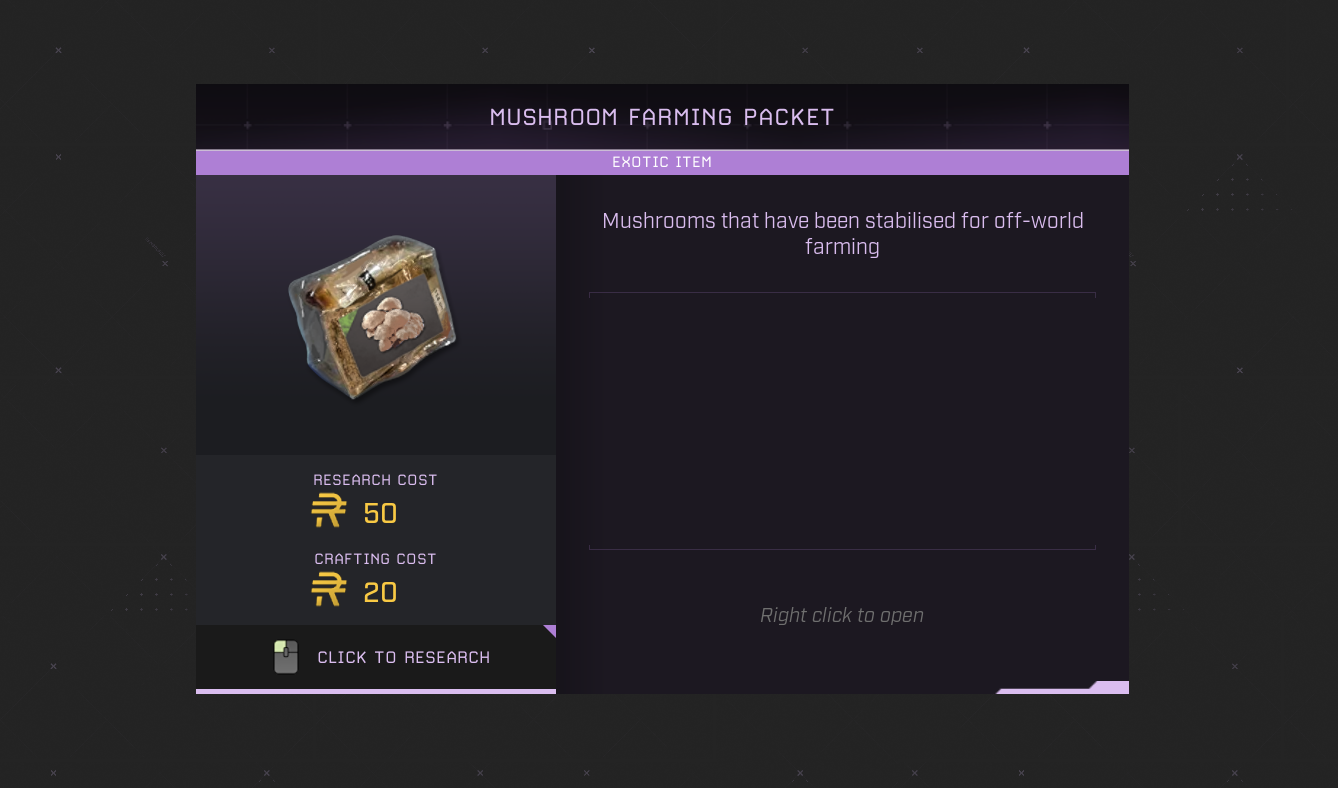 Mastering the preservation process, farming packets are now available for most of the crops that have been introduced to Icarus. They can be used to set up a farm on your favorite outpost, or simply to bring Mushrooms to parts of Icarus where they are not yet found growing in the wild. 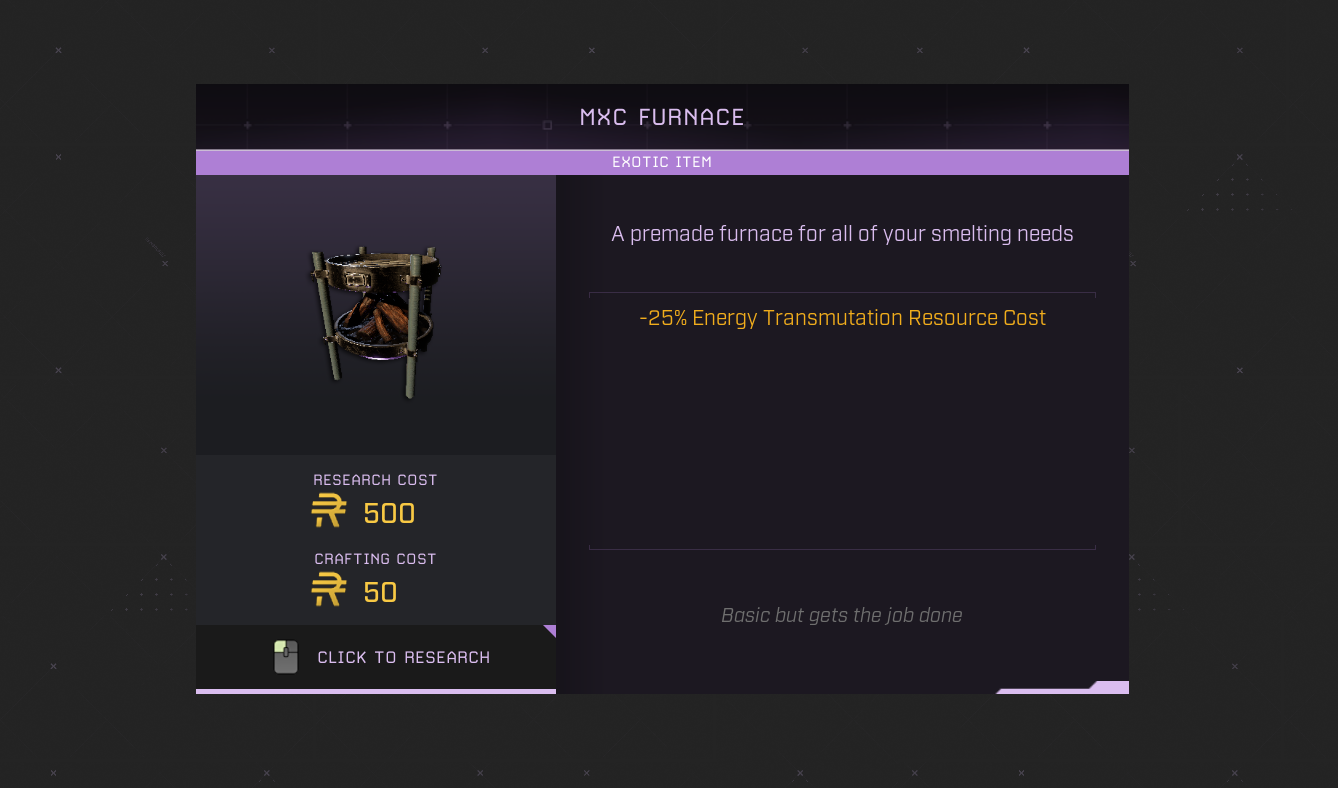 There are also two additional modules that improve animal visibility, and two pre-built deployables to speed up your settlement once you arrive: a furnace and a storage crate.

Patch Notes
In addition to new content, we continue to prioritize bug fixes and game balance. Here are the details of the other bug fixes and updates in today’s patch:

Icarus
835
190
Extractor Current Speed
1 can of Biofuel lasts 10 minutes, mines 30 exotics. Personal opinion: slow for no reason. What do you guys think?
1

Draftbeer [KKonaJoe]
29 minutes ago
General Discussions
Labeling Crates
This is just a suggestion - would be nice if we can label crates, i have about 2- crates and always have to look into each to see whats in them. like i said its just a nice suggestion
4

Cybernetics404
1 hour ago
Game Suggestions
Icarus Week Six Content Update
Jan 14
With everyone back at work for the year we've been undertaking a whole lot of planning, detailing what we'll be focused on now that the post-release rush and holidays are out of the way. For now, we're excited to be bringing you another mission update, with a new one to enjoy over the weekend, some hardcore variants, and a new concept that changes how we view perma-death on early drops.

STATION-TO-STATION:Extended Survey
A new mission is here! Jump in and complete another contract for the UDA, with options for standard and hardcore mode available to relaxed and experienced prospectors.
We have also added a hardcore variation for BIGSHOT: Hardcore Stockpile, giving you a new challenge to face as you build your legacy.

Insured Drops:
We’ve been talking and working away behind the scenes on how we want to approach difficulty, particularly for new players, and you’ll now see we have added ‘Insurance’ to a handful of early-game drops. This means that any character left on surface after the timer has expired will be saved and returned to the HAB. This adjustment is the first of many, giving us a chance for us to test out some theories and concepts we’ve been working on behind the scenes. Expect more significant changes on this front in future updates.

There have also been some fixes to other missions for missing text and some incorrect timers, so jump in, organise your squad and take Icarus by storm. We look forward to hearing your thoughts on the updates!

Patch Notes
Here are the details of the other bug fixes and updates in today’s patch:

Icarus
860
345
Icarus Week Five Content Update
Jan 7
This week’s new missions include a stockpile mission that has you collecting a set of animal trophies, a long survey mission in the Canyons biome and the usual assortment of fixes and improvements (especially to cable/wire handling). With most of the team returning to work next week, we'll be hard at work planning so expect more news in the near future! 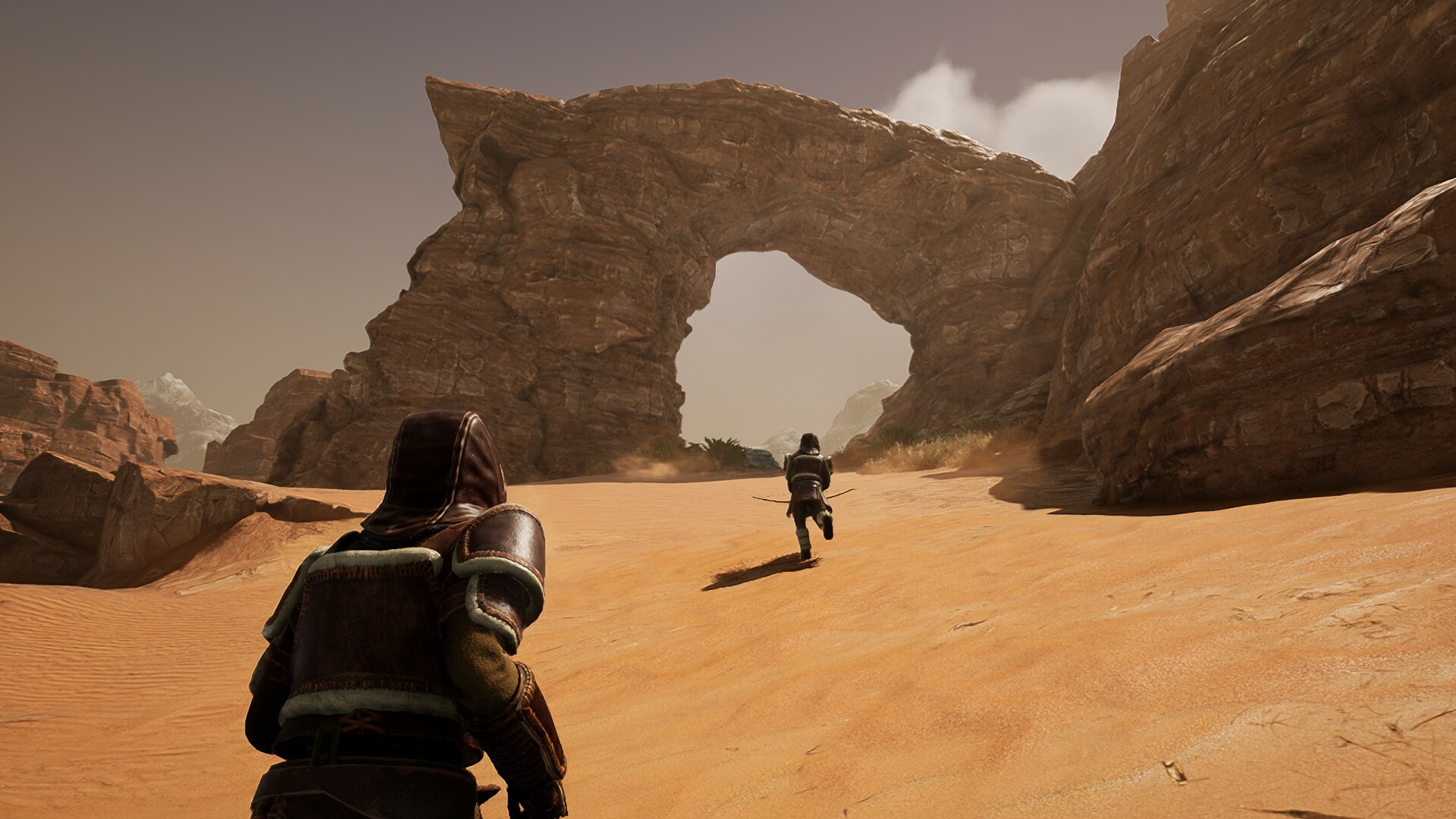 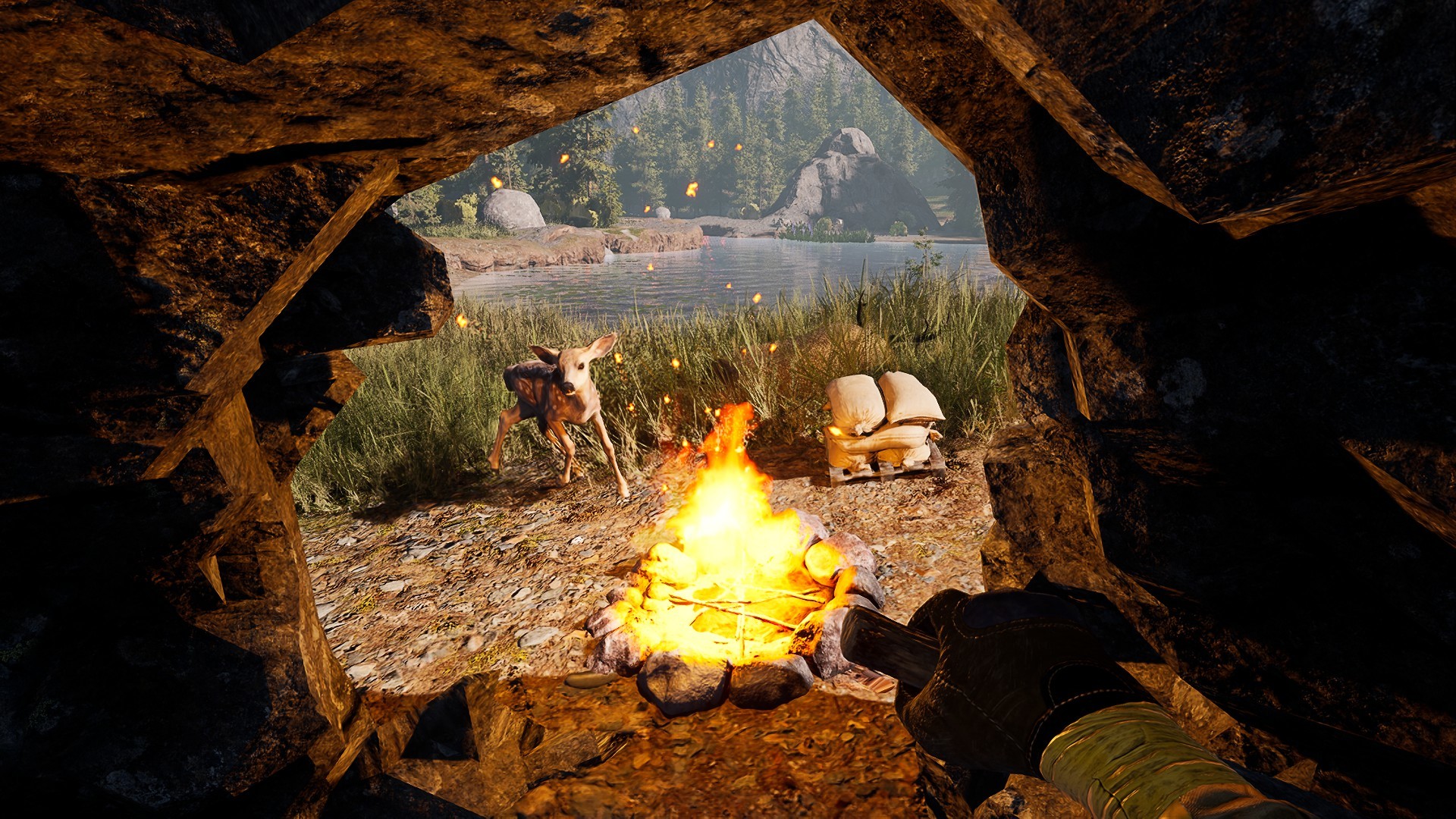 Community Spotlight
If you haven't seen it in Discord already, check out this amazing outpost build from GH05T Builds on Youtube. 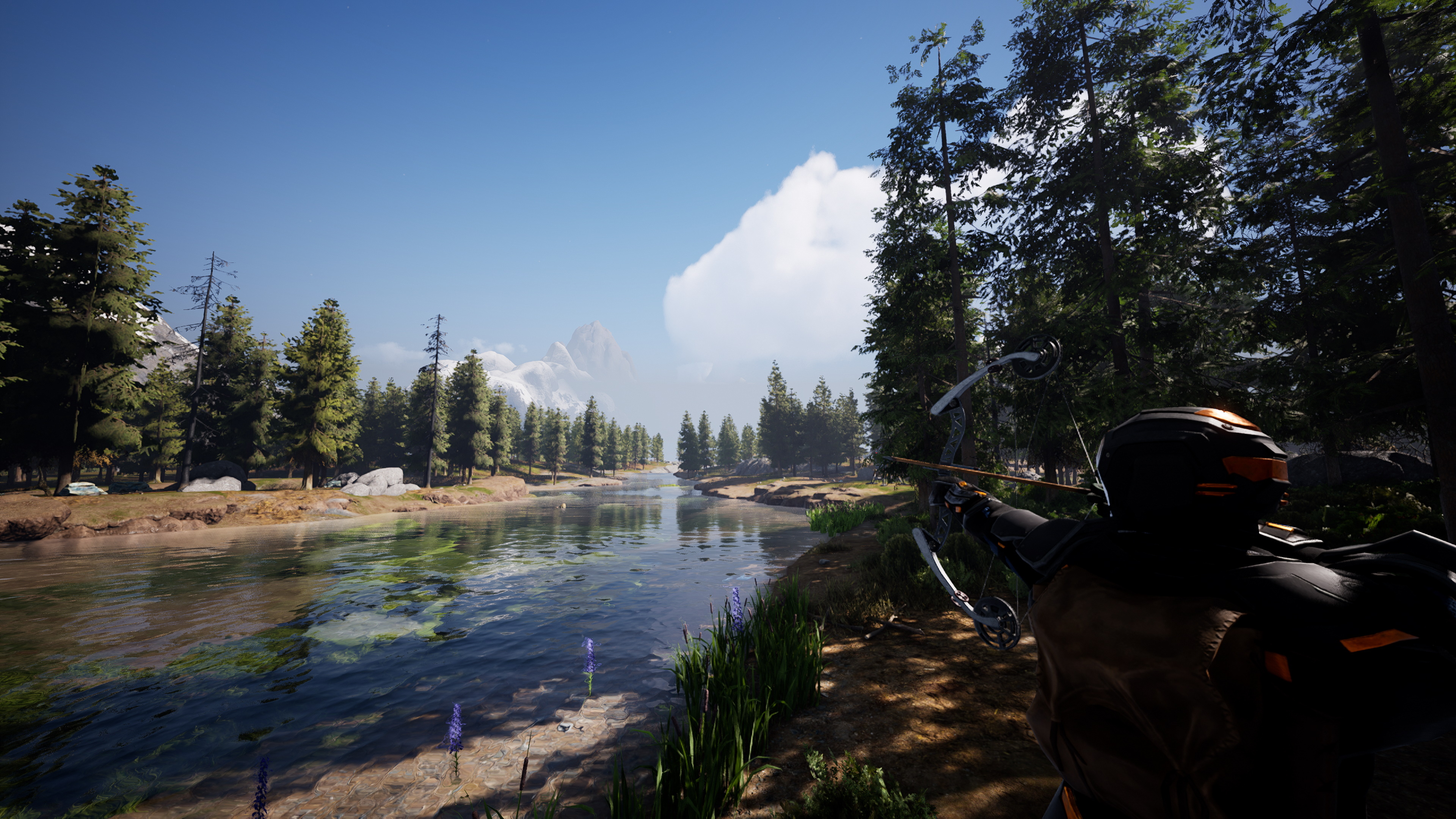 Not Recommended
184.2 hrs on record
Over 150 hours played so far and I left a negative review. It doesn't make sense...just like this game. I want to like it. Parts of it are great. I know it could become something really awesome. The foundation is there. Then a bear runs up a vertical cliff and destroys me as I get stuck in the map...with pneumonia...but I have on a spacesuit with its own oxygen supply.

The game does not run well even on new hardware. The grind is awful just for the sake of being awful. There is no balance to any of the crafting costs or Tiered equipment. Enemy AI is ridiculous but not in a funny way. There is usually no point to getting anything beyond the lowest tier gear and sprinting (vast distances) to the objective unless you are forced to craft T4 gear just to complete the mission immediately afterward and start all over again on the next one. My character is almost level 90 but I stopped getting talent points 50 levels ago and will never be able to learn the art of turning wood into sticks. There is almost no point to exotics, yet they are described as the most valuable thing on Icarus. Cheese tactics usually prevail in any situation.

And despite all of this, I grind on, searching endlessly for gold and I guess sticks as well because my character will never know the joy of converting the wood I chopped into sticks that I need stacks and stacks of to get a drop of that sweet bio fuel and those shiny electronics parts. I just imagine that it will all be worth it in the end...or when the DLC continues the story even though there are current in game items labeled as "coming soon". I don't know what to think of this game but most people probably won't like it. Except for my one friend who joins prospects to make sticks for me. I think he likes it...maybe.

ｓａｆｉｒ４ｈ
View screenshots
Is this game dying already?
Player count at 3400 as of writing this. The weekly updates dont even bring much content. Is there still no respec and more skill points?
8

Azel
48 minutes ago
General Discussions
Changes to New Orbital Tech Shop Backpacks
* I added this to the Game Suggestions board Please add one G slot (2 of the 6 added spaces) to each of the new backpacks in the Orbital tech shop. The G slot can act as a normal space or for a piece of a equipment that can only go in the G slot. Also, add a new backpack in the Orbital tech shop that adds 4 additional G slots. The backpack can be carried specifically on those missions that require up to 4 G slot items. These extra G slots would come at a tradeoff to the other cool perks that you get from...
23 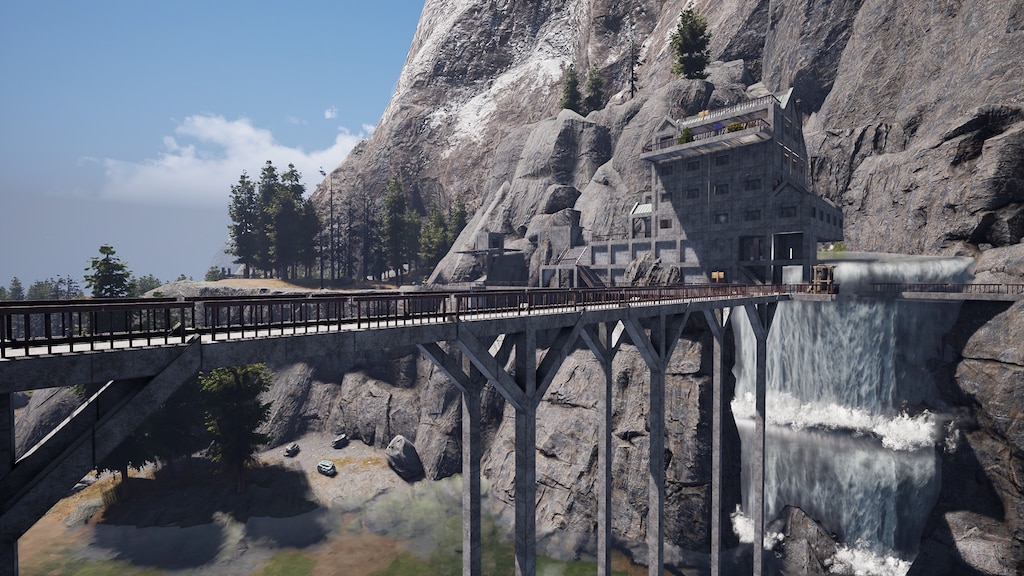 夜灬幕
View artwork
So, the dev respec thread has been locked...
Does this imply that the respec feature is being back-burnered, or that it is ready to be implemented in the next patch, so discussion is moot? Devs, please let us in on your thinking here :) Should we have hope?
2

Not Recommended
6.4 hrs on record
play for 4 hours, die..lose all your xp. try again and complete objective. Next objective that is hidden, die. lose all xp. try to get back your gear. die again. xp is at zero. This game had potential, but no thanks i dont have time to grind 4 more hours because a wolf killed me while i was trying to find some objective that didnt even show on my map. save your money 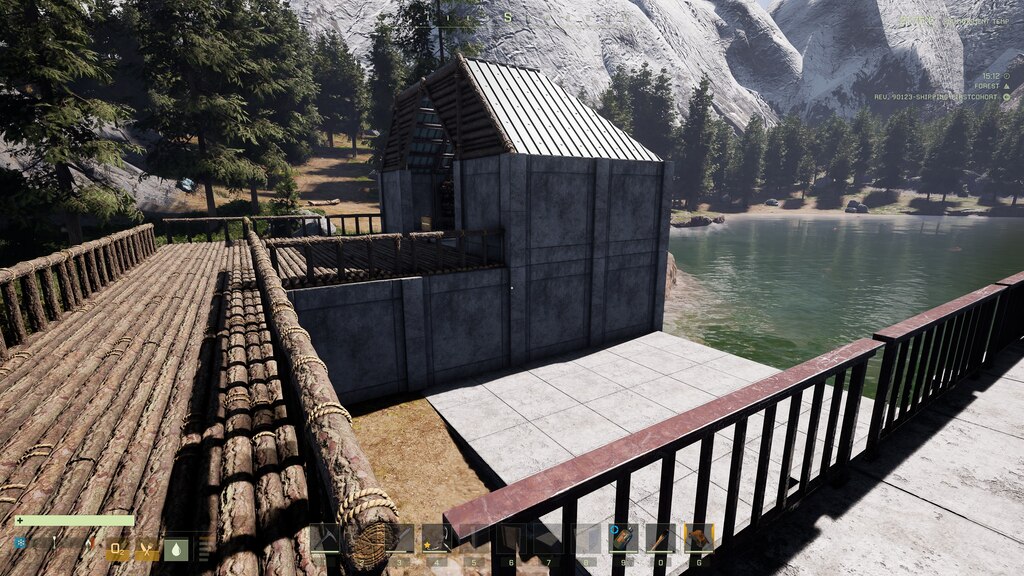 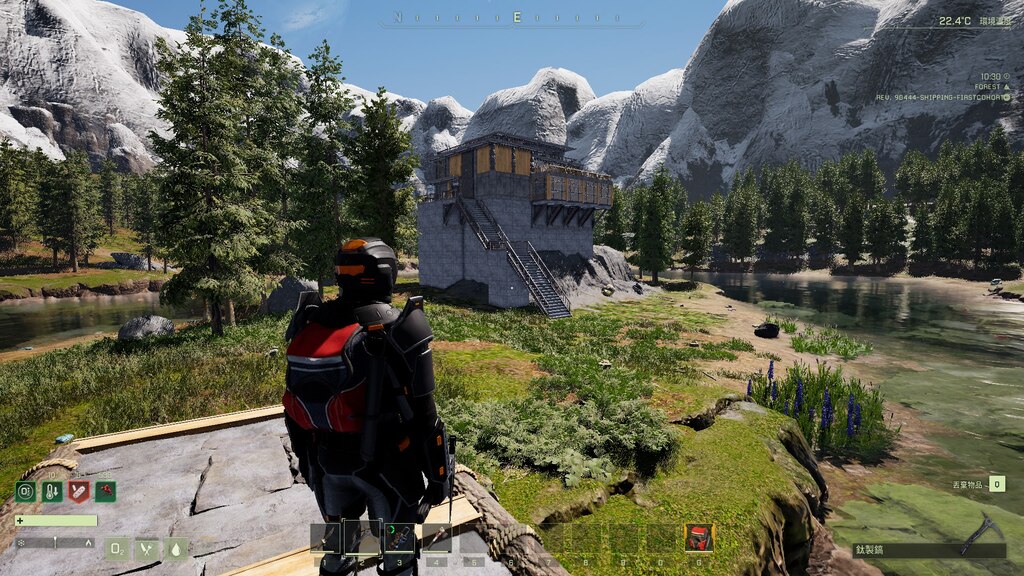 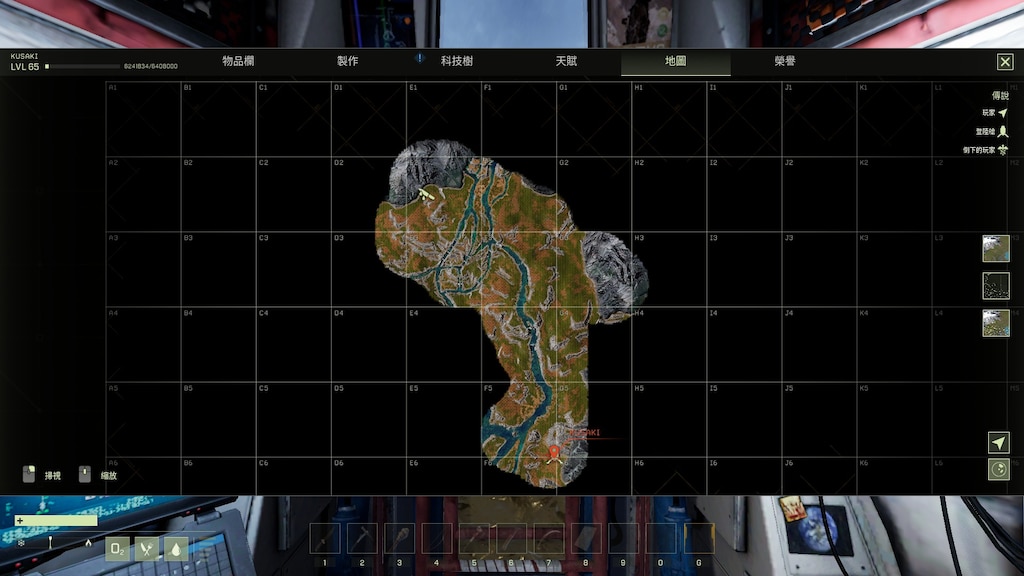 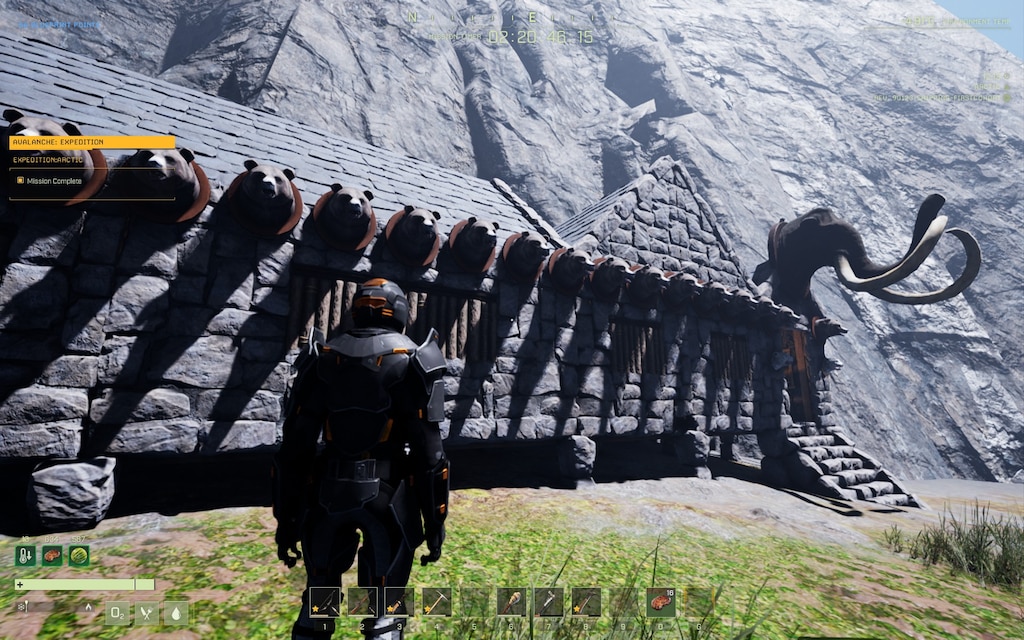 1
1
I think the bears and me now get along quite well. 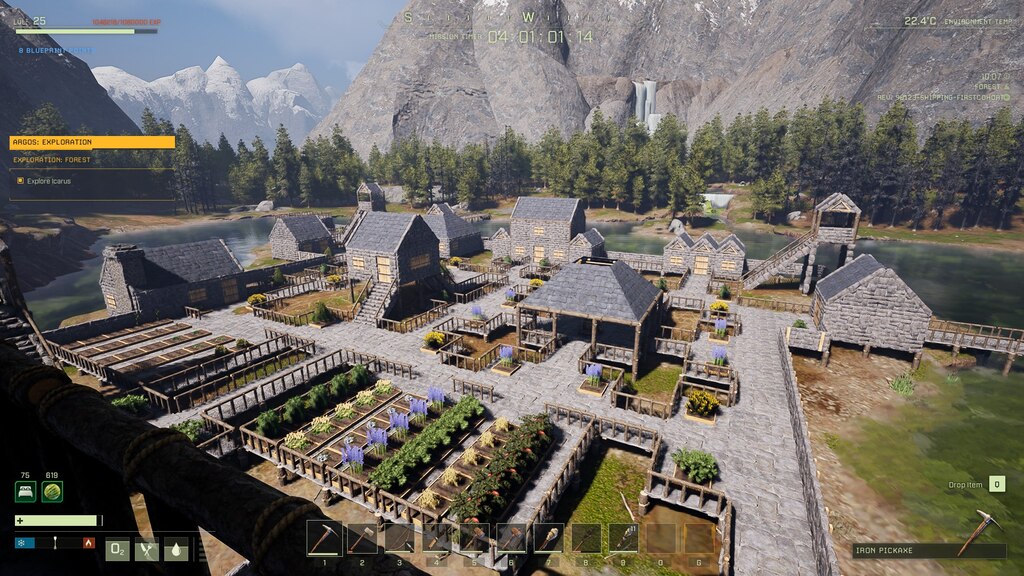 First time in game and got no roof above your head during storm?
If you are just started the game and home is so far for you on the map and storm is going to start you don't need to gather woods or stones to make house! just do as your ancestors did long ago :) find big stone and make a hole on it enough for you to fi... 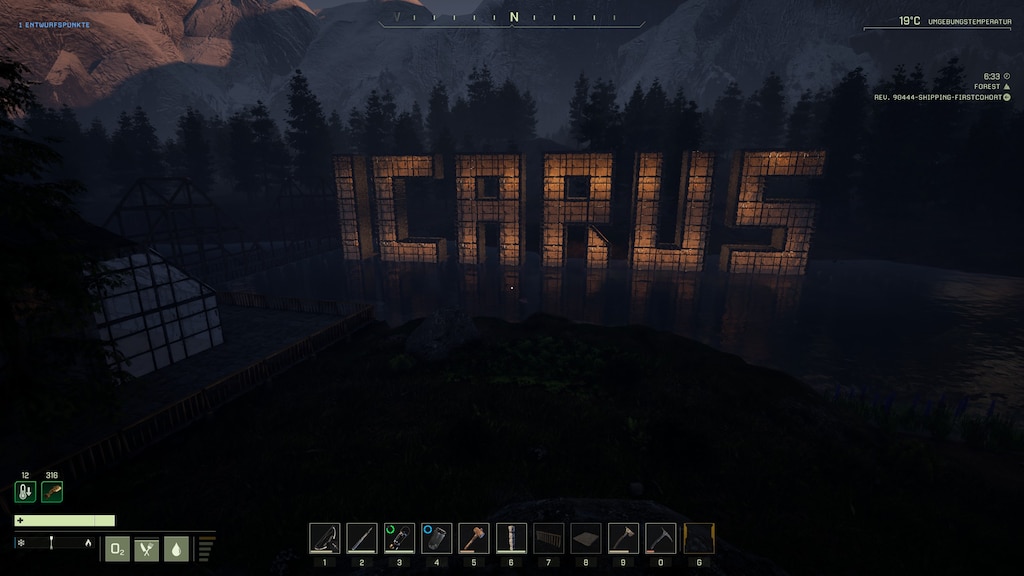 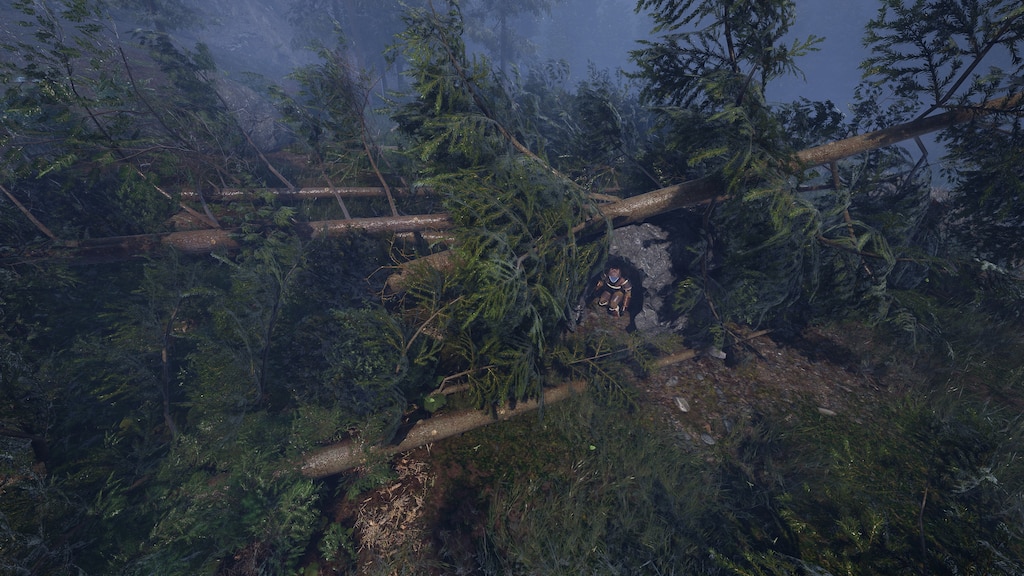 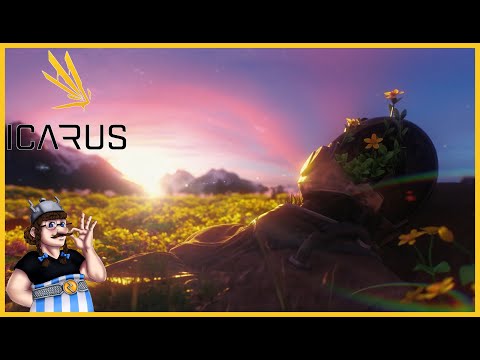 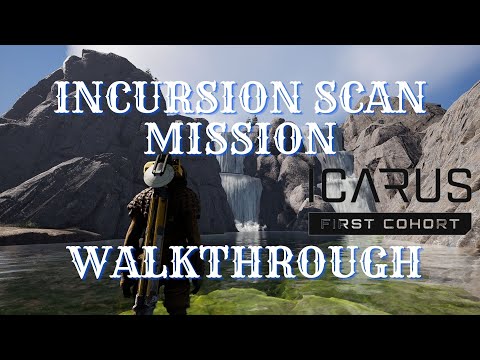 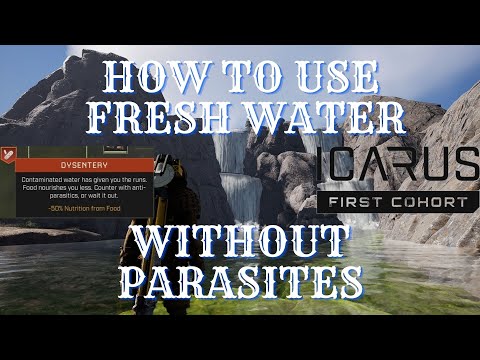 0
0
How to use fresh water without parasite - Icarus Tips 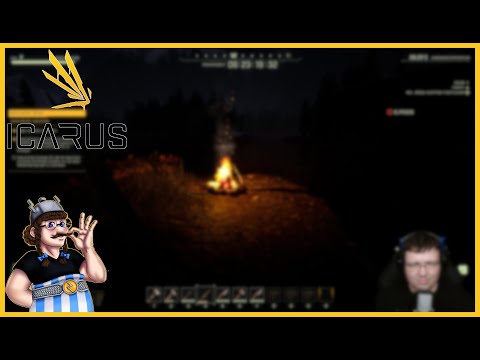 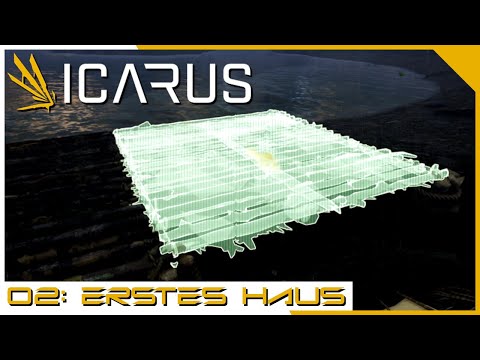