After hearing about a number of student couples forming at her school, Himeka Uchida decides to look for a girlfriend of her own. As she gets wrapped up in the daily lives of her friends and classmates at Solana Academy, will she find the romance she seeks?
Visit the Store Page
Most popular community and official content for the past week.  (?)
Blooming Nightshade v10
Dec 17, 2019
As those who follow me on itch or Twitter may have already heard, I've been working on a major update to Blooming Nightshade that re-works a lot of the game to hopefully improve the story. That update is finally here as a release candidate build; hopefully there are no issues, but I will also be taking a look at any problems that may arise to make sure the update is as polished as it can be.

"I want to keep playing v9"
If you'd prefer to continue playing the release version of the game, there should be a new beta option for "v9_release". If you enter this beta, you will download the original version of the game instead of the v10 update version.

"What has changed?"
Quite a lot. I went over a lot of the planned changes on itch when I first started working on the update, but here's the short version:

Hopefully these changes make the story seem a bit more connected in each route, while also encouraging people to try just being friends with the characters they don't want to date.

"What about the itch/Android versions?"
Those are on the way, but I'd like to see if any issues arise from the Steam version before I put out the next itch build. That way, I can fix the issues before people have taken the time to install the game in a way that doesn't have automatic patching.

Final Notes
I may also update the survey that is linked to from the discussion forum to reflect v10, but I'm not sure when I'll get the time just yet, so no promises.

If you notice any bugs or issues with the game, be sure to let me know so I can take a look. I will probably do another testing run before I put out the itch version, but sometimes I'll miss things during testing. If it's a bug that doesn't seem obvious, it may be a good idea to point it out.

At any rate, I hope people enjoy the new update!

Blooming Nightshade
0
9
New achievements
I just saw a few achievements have added but they seem to not working yet. Did I miss something or should I wait for the next update?
6 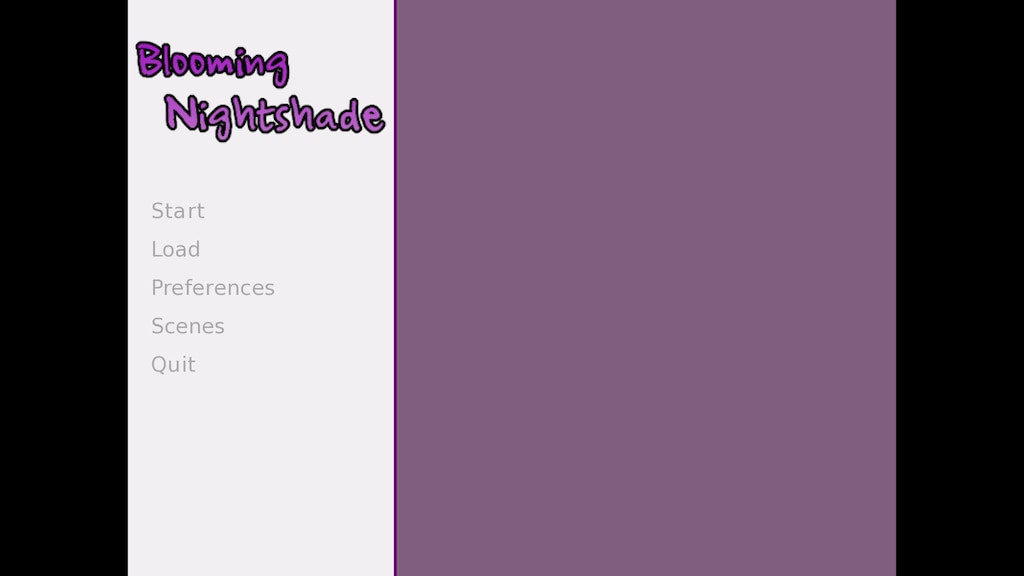 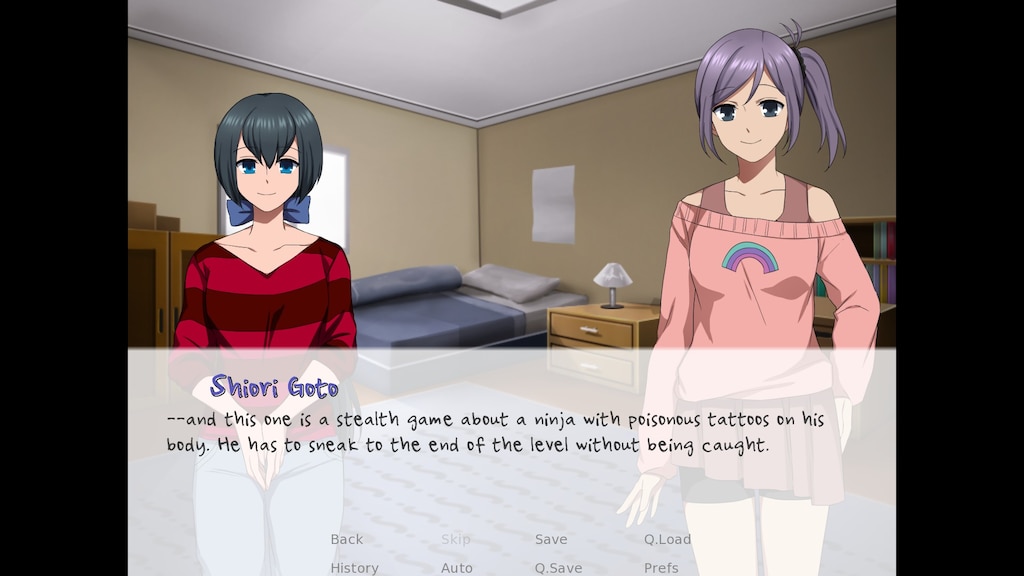 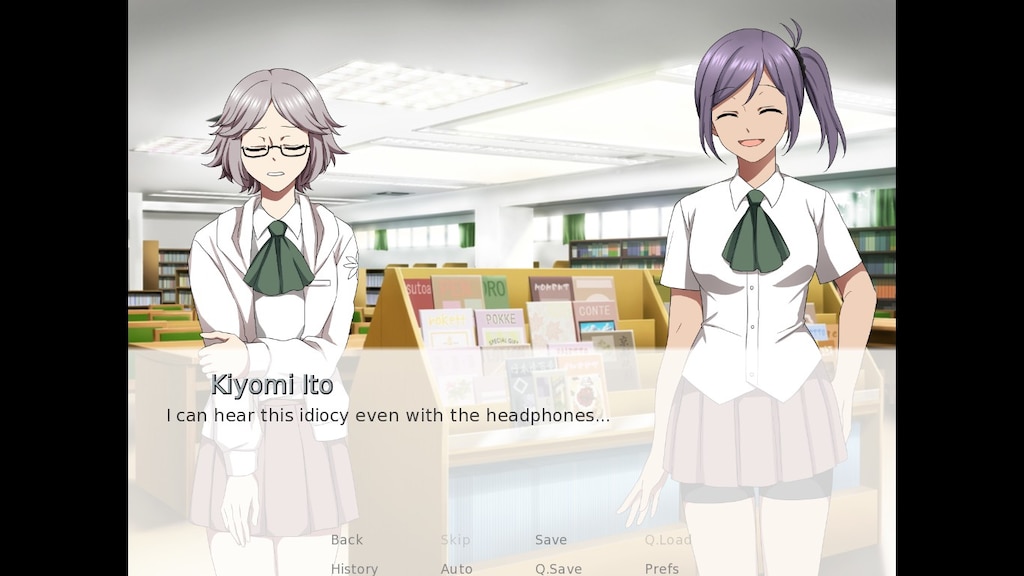 holesome
View screenshots
Abrupt Nanami ending?
Watch a movie with her, some parting thoughts on the movie... And then it's just over, hard cut to the main screen? Is that what's supposed to happen or is that a bug?
1

しゃみこ
Dec 31, 2019 @ 7:06pm
General Discussions
Changes to Achievements
Dec 9, 2019
Due to some currently behind-the-scenes work, both Blooming Nightshade and Eldritch Academy are getting some changes to their achievement lists. Details are below.

Blooming Nightshade
Thanks to the process leading to v10, a number of the achievements in the Steam release no longer made sense with the planned revisions. While v9 will be available as a "beta" branch for those who want to play it after v10 comes out, I felt the achievements should probably reflect the main version of the game.

Because of this, some achievements were removed (the cheating achievement) or renamed (romance achievements). In addition, a number of achievements related to playing the friendship route of each character have been added. These new achievements cannot be acquired just yet, but hopefully v10 comes soon enough that people can get started on those in the near future.

Eldritch Academy
For reasons I'm not ready to share, the breakup achievements have been removed from the game. In exchange, most of the placeholder art for achievements has been replaced with CG art from the game. It doesn't mean much until the game is allowed to be featured on profiles, but I hope people like the updated achievement art regardless.

Blooming Nightshade
0
12
Have two gfs at once?
Every time I try this I get the "talk" about cheating and are forced to break up with one of the gfs. Is there any way to spread the love around more?
2

mrtickles22
Nov 19, 2019 @ 10:26am
General Discussions
Game Length
Does anyone know how long the visual novel is on a normal/one route playthrough?
3

♡ Bethania Arts ♡
Sep 23, 2019 @ 9:14am
General Discussions
Game Survey
For those who have finished the game, I've put together a survey to find out what people liked or disliked. The survey can be found here: Google Form Link
0

Nightshade
Sep 24, 2019 @ 2:13pm
General Discussions
No one has rated this review as helpful yet