Guide 'Skul' on his quest to single-handedly take on the Imperial Army and rescue his King from captivity, in an action-packed rogue-lite 2D platformer for the ages.
$19.99
Visit the Store Page
Most popular community and official content for the past week.  (?)
Dev Blog #8
Apr 28
Greetings, Skul Squad!

This Dev Blog will be about the content we’re working on for our next update that’s planned for early June (Release 1.5).

SouthPAW’s top priority for this year is definitely the Hard Mode update.
We don’t want to just make the game difficult and say it’s a ‘Hard Mode’, but actually want to design content that is both challenging and entertaining. To do so, the existing main content needed some improvements.
The first step for this was the ‘Skul Balance Adjustment’.
And now it is time for us to improve the items and inscription system along with the status effects that received a lot of feedback.

1. Items Reformation
Intention: To allow various combinations of items by making some changes in the items that were somewhat useless.

There are many reasons why the players try to avoid or discard specific items.
It may be the low spec or the fact that it requires too much effort to use it.

Cretan Bull, for instance, is a rare item that can be acquired from the Grave Robber in the Black Market. Its effect is activated by summoning an image of a bull with an enhanced dash when a Power Skull dashes.
For the Power Skulls with this item, it’s as if the players have an additional charge skill since the enhanced dash increases the distance of the dash and gives physical damage to the enemies.
We wanted this item to have a dramatic effect for fun and because of its powerful effect, it needed to have a long cooldown.
This, however, turned out to be not the best decision we had made.

Originally posted by author:
What the?!?

There were occasions where the effect of Cretan Bull would be activated in the wrong timing.
Cretan Bull has a long cooldown and the only way to check this was to look at the status icon below which is not the easiest way when one is in the middle of the chaotic combat.
Many players were also frustrated by this since the effect was suddenly activated by a ‘dash’ resulting in an unexpected movement during the battle.
Thus, despite its rarity, Cretan Bull became one of the unwanted items.

So we decided to change the condition of activating Cretan Bull’s effect to ‘dashing after using a skill’.
By this, we expect the players to activate the enhanced dash when they actually want.
This is one example of how we are planning to change the unused items.
And through this update, you will experience the improved items along with the new ones.

This is what we’re planning. 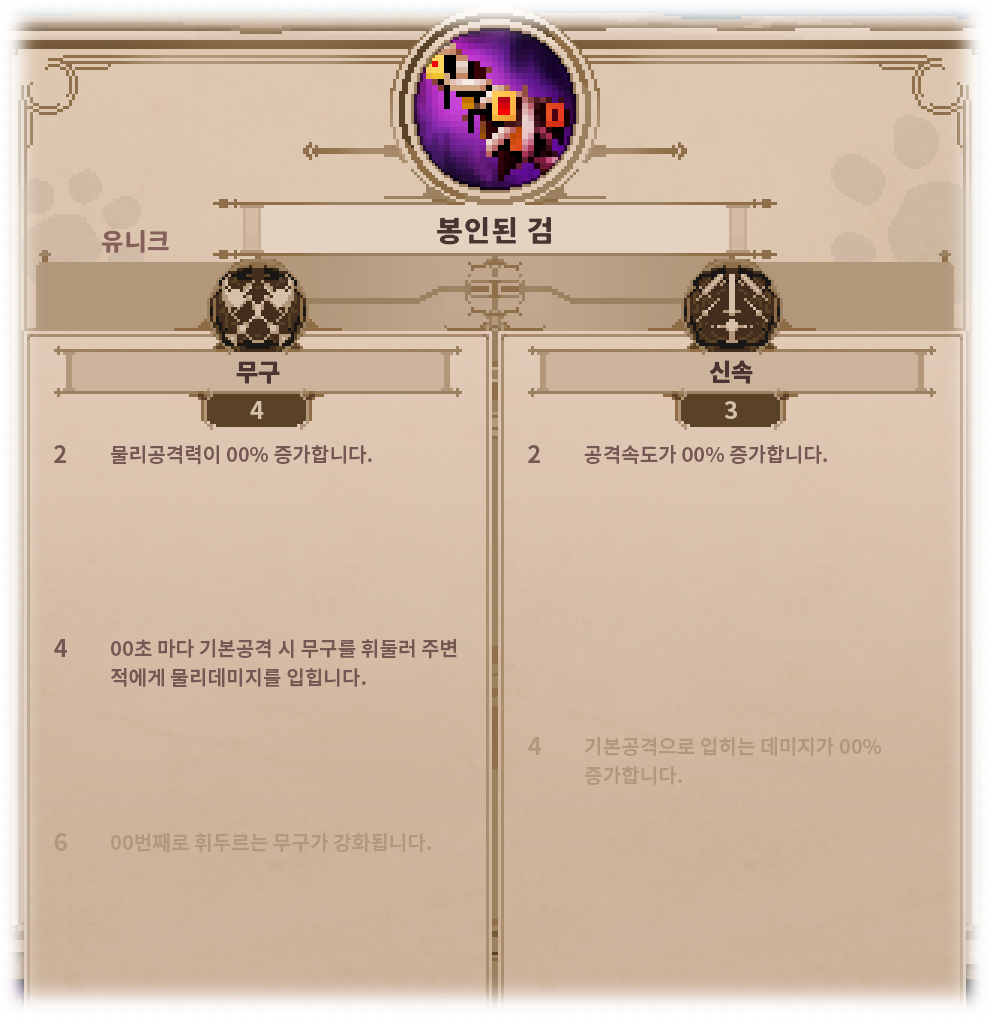 Unlike now, players will be able to feel the effects whenever 2~3 inscriptions are gathered and the overall number of inscriptions required to have the maximum effect will be reduced.

In the case of ‘Courage’ inscription, players needed to gather 8 inscriptions to have the maximum effect.
And because the effect was increased by every inscription collected, the more it was gathered, it quickly became overvalued.
This was quite a stressful process at one point, since the players had to focus on finding the same type of the inscription. 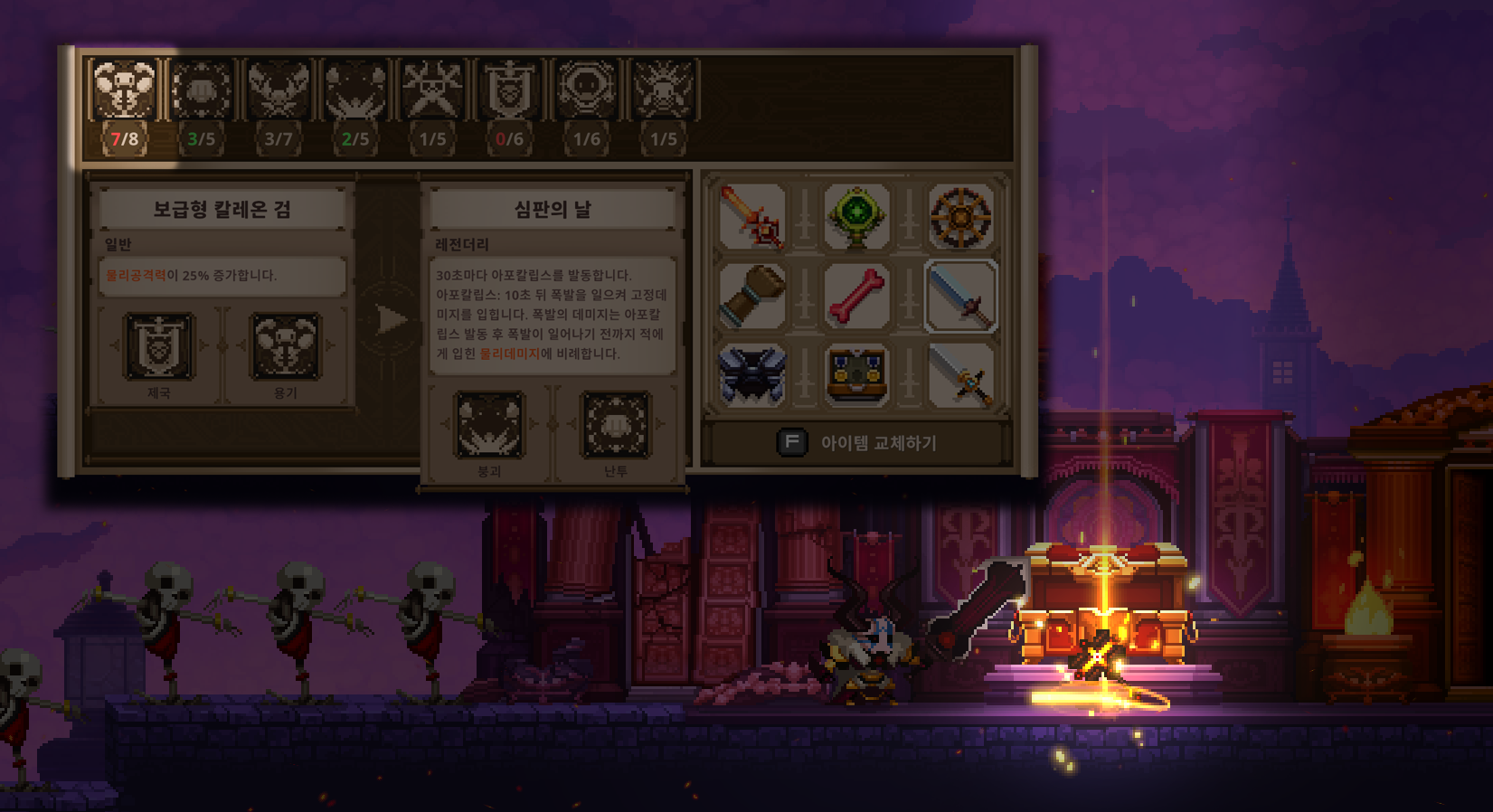 Such situations like giving up the legendary item for common ones to maintain the inscription are frequently seen.
We expect this update will give some flexibility for players by reducing the required inscriptions.

Also, like the other contents, we will improve the inscriptions that weren’t very useful.
As a result, some inscriptions are changed, gone, or added.
Hopefully, inscriptions like ‘Courage’, ‘Tactics’, and the others will now be considered as a top on the player's list.

Initially, we designed the status effect as a device to show the concept rather than as the means of attack.
The status effect had no relation to actual attack stats and wasn’t really practical when it comes to fighting against the boss.
In the ‘Hard Mode’ contents, every moment will be challenging and we want to give as many options as possible to the players.
We’d love to see the players strategizing the attack with our new status effect system. 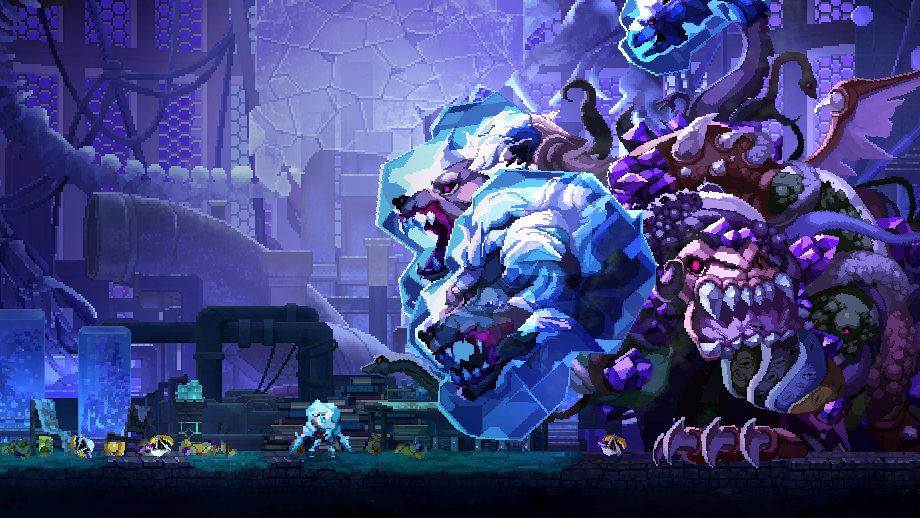 Players will be able to inflict the status effect on most enemies including the boss and strategically use it to clear the stage.
But of course some enemies will always find their way to avoid this effect and won’t be frozen or stunned.

New status effects will have unique characteristics based on their type. In the case of Burn, enemies in the surrounding area will take even more damage than the burned character. For this reason, this can be a very powerful status effect to have when in big group battles. Other status effects will also have their own unique traits.

Now damage inflicted by status effects will affect the stats of Physical and Magic Attacks.You’ll get more powerful just like the enemies, and the status effects are no exception. Like detailed above, the reformation should have a tangible effect on some skulls, items and Quintessence that use status effects. 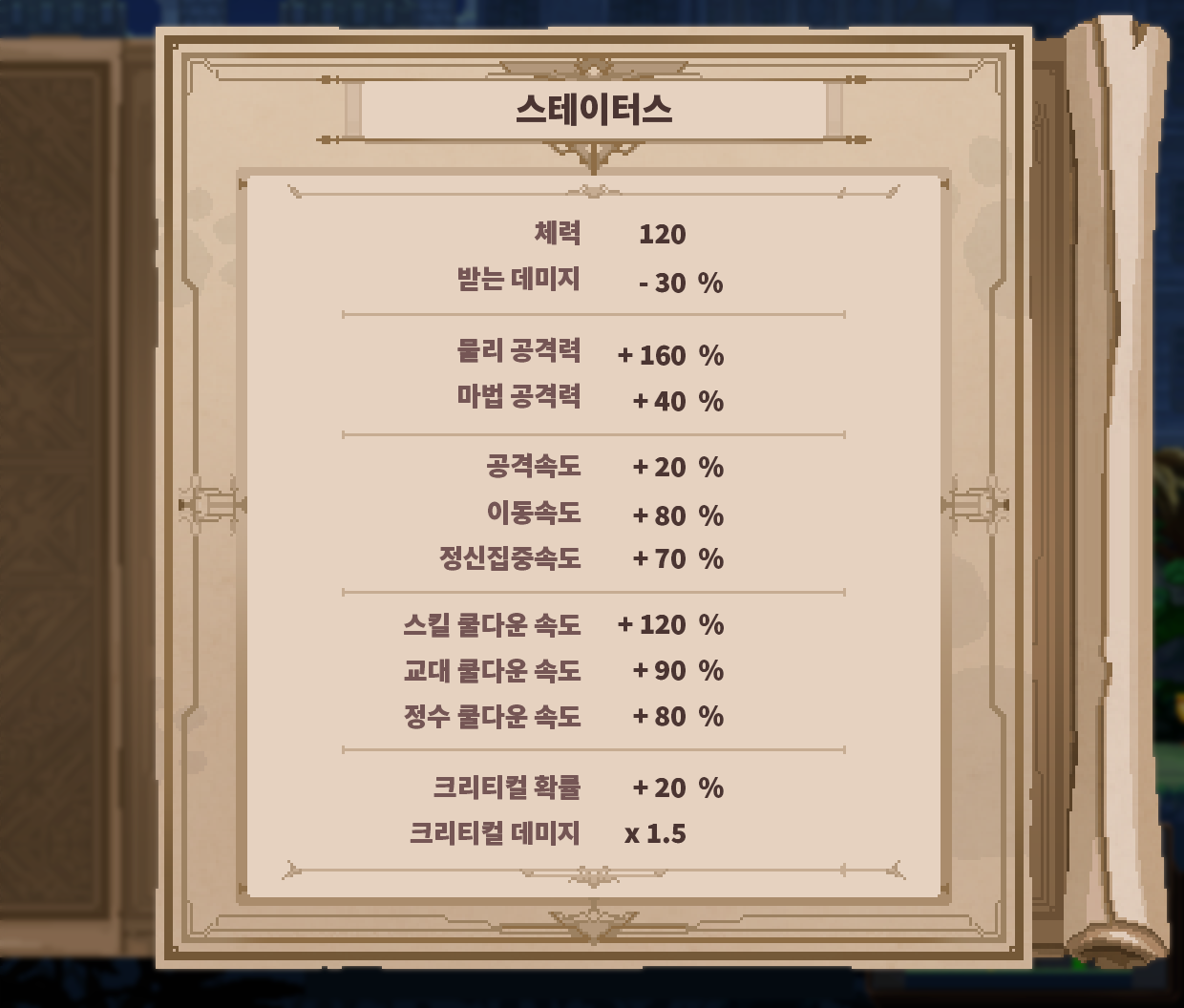 New items will be added to support the updated inscription and status effect system.
We will also have Status UI for players to check their power in specific numbers when using these items.

That’s all for today!
Just like the “Skul Balancing Adjustment” and the upcoming Hard Mode, this reformation is just a part of the process. It goes without saying that your feedback will have a big impact on Hard Mode’s development and will help us to make it as fun as possible.
Please look forward to future updates and we’ll keep doing the best we can!

Thanks as always for the support! 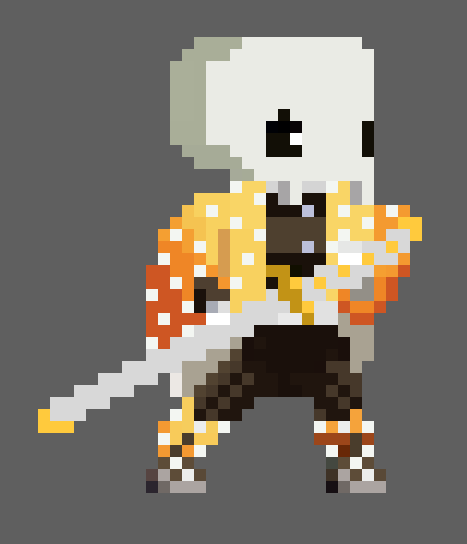 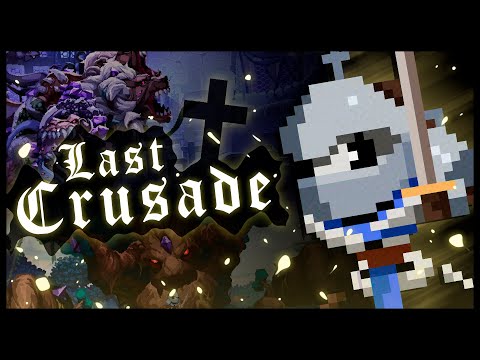 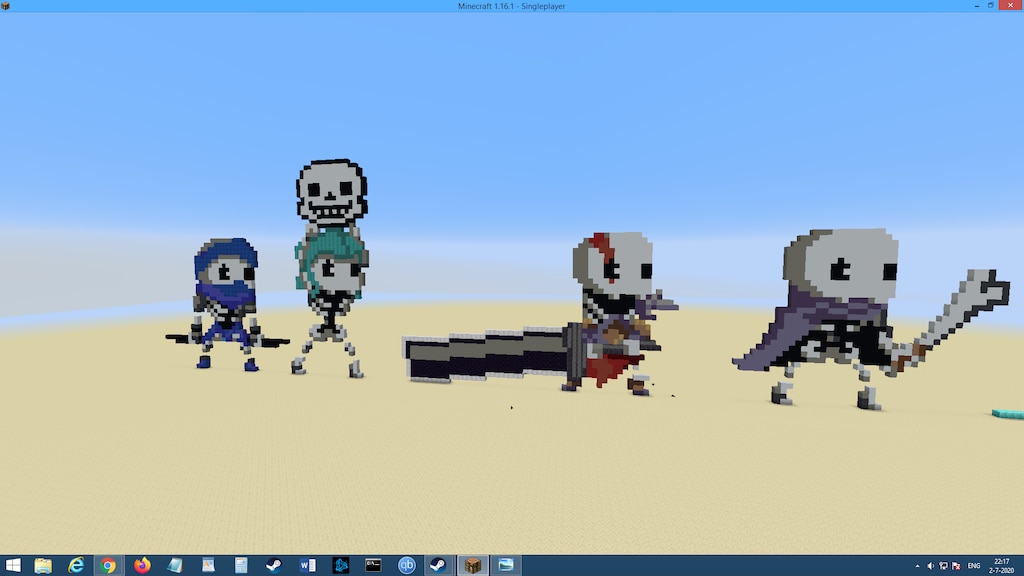 2
3
some skulls made in minecraft

Recommended
0.9 hrs on record
This game was one of the best rogue likes I saw, it has a lot of variety and its combos and options are great. I highly recommend 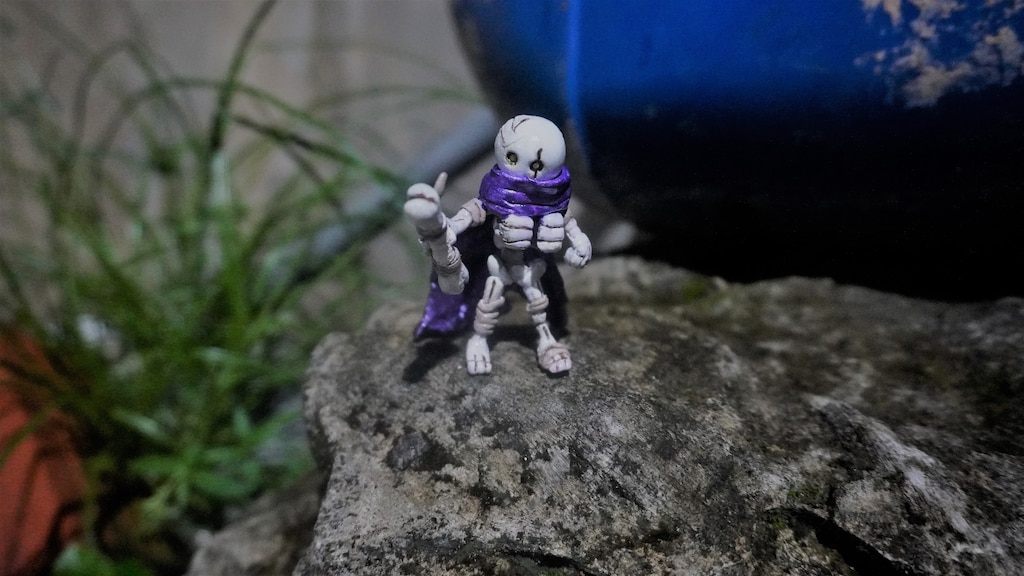 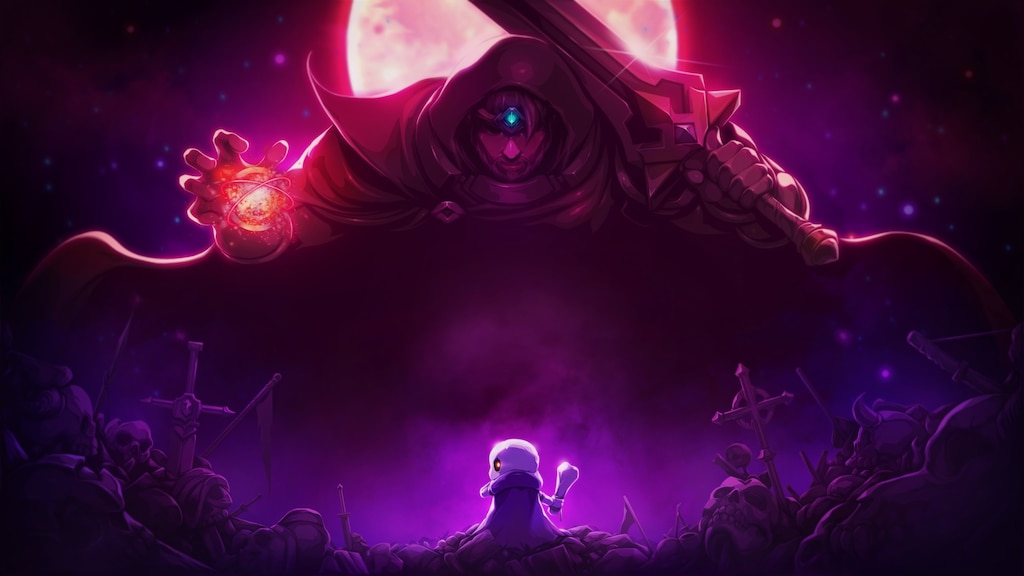 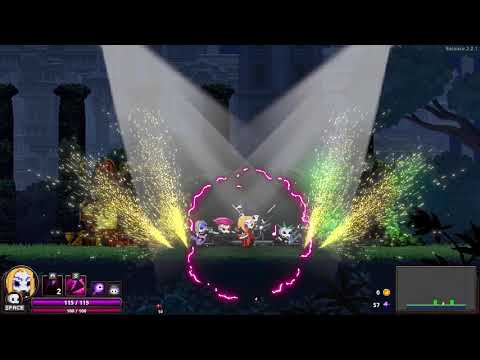 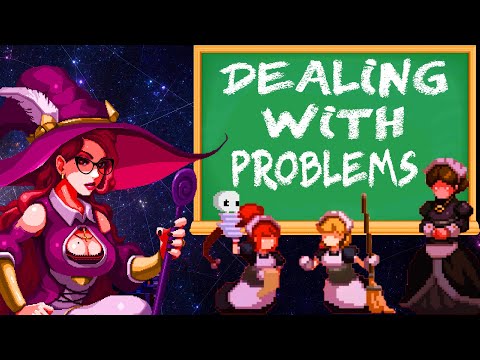 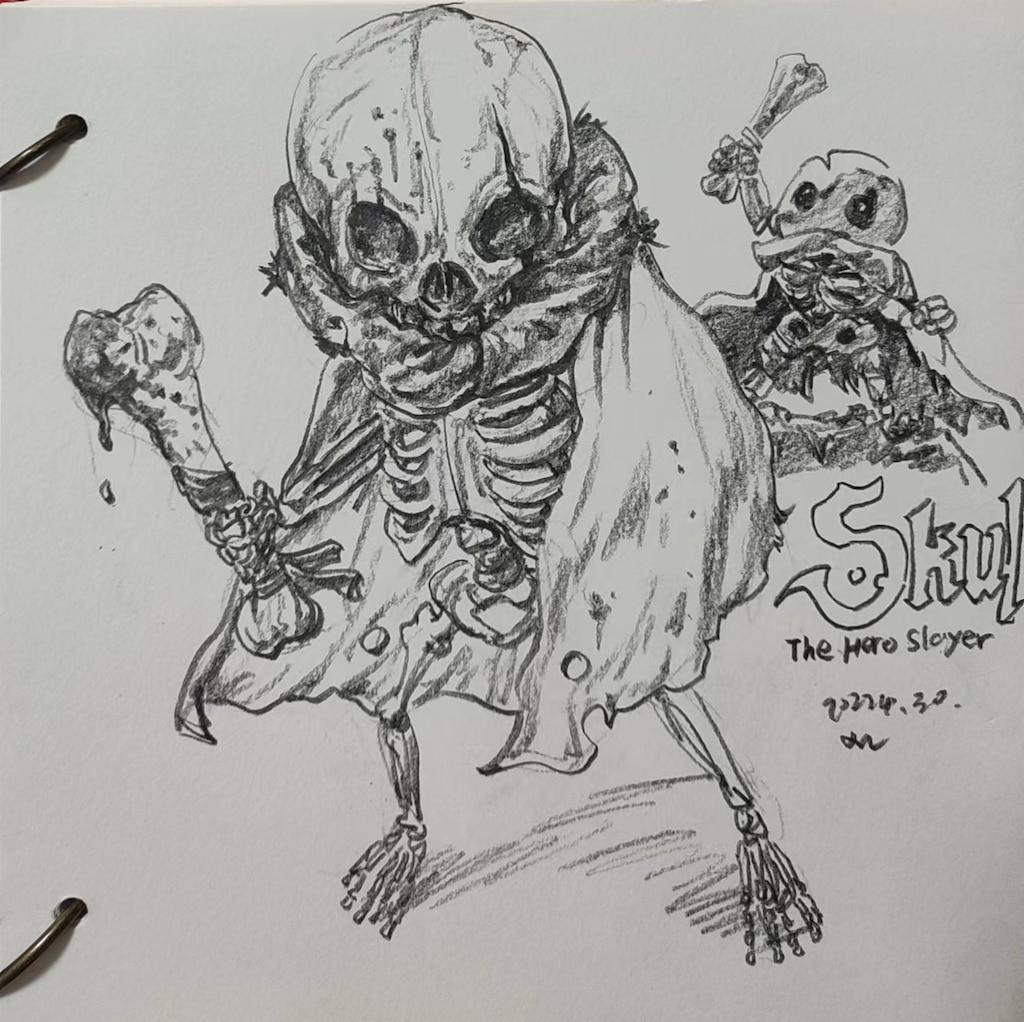 A Guide On How To Deal With The Tougher Enemies
A guide showcasing how I handle some of the more challenging enemies encountered throughout the 3 Acts. This excludes Bosses and Adventurers and instead focuses on the Maids from Act 2, The Summoners and Ogres from Act 3 etc. I hope this helps!

Skul: The Hero Slayer | Items and Quintessences
Items are stored in your 'Inventory'. The inventory can hold up to nine Items, after which you'll have to switch between items through a simple menu. Luckily, Items are not a waste after that, too, as you can 'scrap' them for Gold. Quintessences are specia...

Recommended
298.4 hrs on record
I don't like platformers. I love skul 10/10 and if you disagree you can fight me 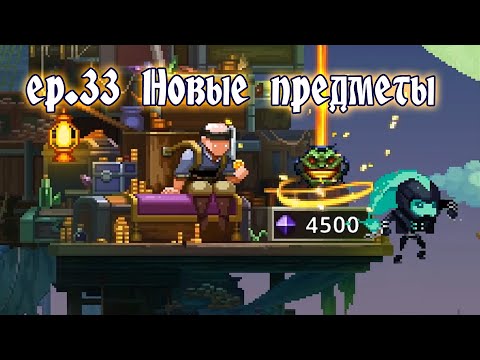 Toshinori ONE FOR ALL
View videos
Video 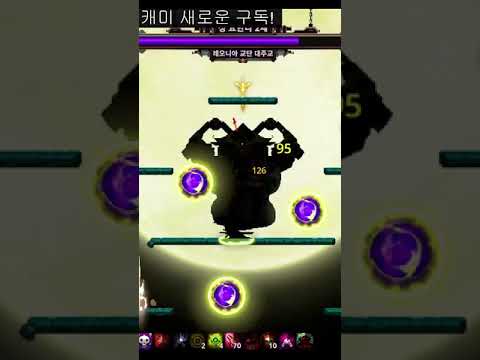 Not Recommended
33.9 hrs on record
I really really really liked Skul - until RNG made me lose hope. See, I started off admiring the art and enjoying the story.

I wanted to try all the abilities of what would become my favorite skulls (frost skull, and alchemist, and rock star). Seemed like every skull would be fun to play - but... I dislike power skulls because they're slow pokes and I can barely move them. There is mobility, but whatever helps you dash successfully, or move faster, will yeet you off the platform and cost you life sometimes.

Like everybody, I do my best to avoid things, but it's not something you can totally master - because... RNG. Did you get the reaper? congrats - him, and many other skulls, take time to build up. So unless you get lucky fast, your run will suck. You dunno what to do, and what to boost with items and quintessence? Well, buckle up, buddy, cause your time is about to get worse. I basically downgraded to rookie mode simply because I got bored.

Also, it needs more slots - I agree with everyone that says that. Why? you can only build one inscription at a time - and between taking all the bones you can find to power up, and trying to get a meagre sum to get a roll every now and then, hoping you'll get lucky - it becomes hard to gauge what will help you fast, and it takes way too many runs for me to figure it out. That's without mentioning making a magic build, and then getting as rarer items the ones that boost swiftness/physical and so on.

I've spent quite a pretty in-game penny just to fail at making the build, so I simply.. gave up. Sure, a cornucopia of choice is nice, until all your resources are so tiny, and you got so unlucky, that your sole choice is... grinding for a bit more quartz, or restarting.

Ahh yes, and one of my tiny gripes is... if you want me to reroute just because you do not put enough platforms - and the sole platform to access the upper level is on the left, and I have to take that sole route, on what is an already repetitive game, I will have a bad time. Nobody needs that.

That being said, it's still a really good game if you don't play it to exhaustion - so if you keep your beginner mind, and just enjoy the lovely skulls, and don't really need all the things I find lacking in it, you're good to go. Your mileage might vary 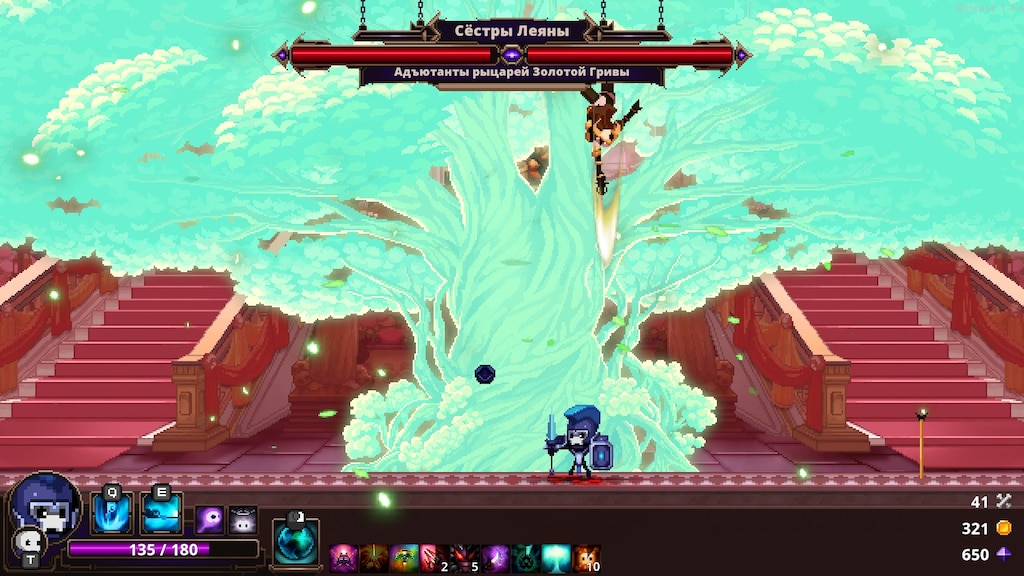 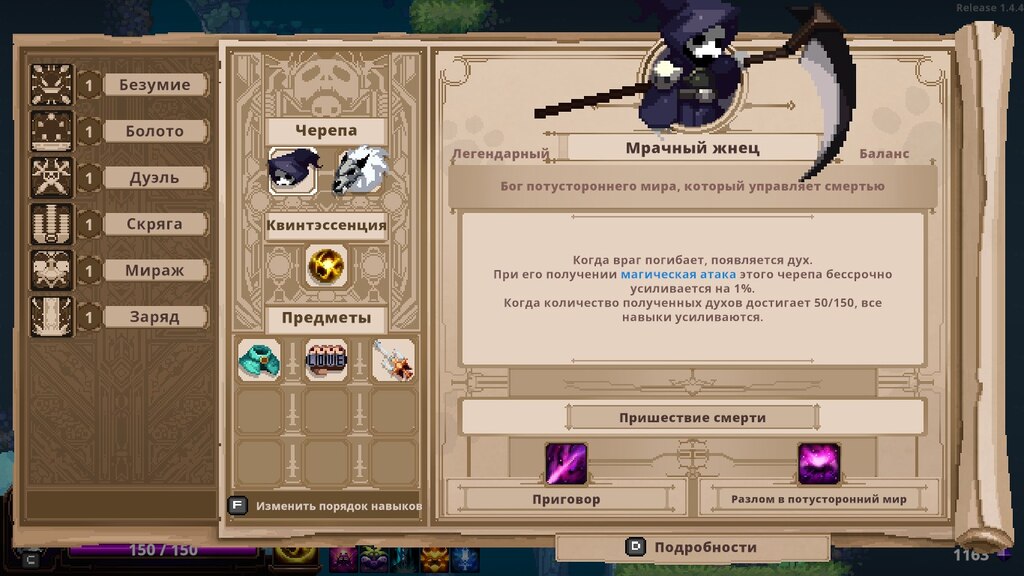 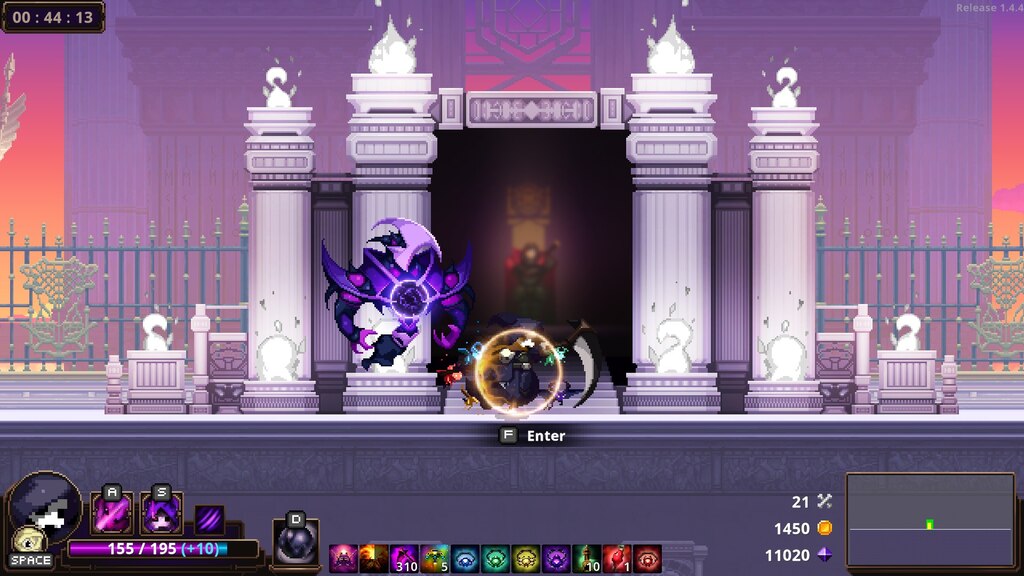 0
0
Got the reaper at the very first stage of the game so I farmed souls up to 300, also 6 fairy tale and elementalist blessing. Way too op. 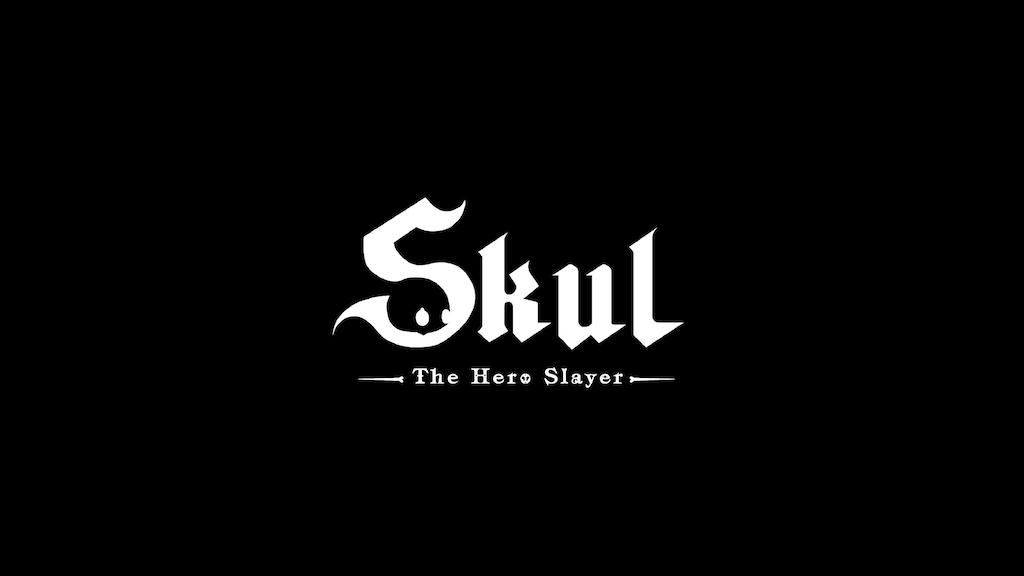 Skul: The Hero Slayer
May 8 @ 7:19am
General Discussions
Steam Deck Unsupported?
Was wondering if anyone has a Steam Deck and was able to play this fine? I don't have one yet so I can't check. It says on the game page that it's unsupported but sometimes games will work fine even though it says that
2

smelly
May 6 @ 7:34am
General Discussions
how exactly is this related to undertale? im confused
i cant find any info on it on google.
9

saaya
Mar 30 @ 1:21am
General Discussions
Some balance suggestions and observations.
1. Boost the damage of Ninja, Gargoyle, Recruit and Rakshasa so that they are on par with other skulls. 2. Master Ninja's new "Windmill Shuriken Transformation" does not mesh well with it's other moves as it limits mobility, It might need another rework. 3. Change Bomber to a Physical Power skull so it can make use of "Demolition" and "Bone of Courage" (this would also give us an incentive to wait instead of simply spamming "Kaboom"). 4.Hunter is generally used in tandem with a speed skull to make clea...
3