The world’s first and premier Action MMO Third Person Shooter allows you to choose between two sides of the law. Play as Enforcer or Criminal, customize your gear for the task at hand and hit the streets and play how you want in a city filled with more action this side of a Hollywood blockbuster.
Visit the Store Page
Most popular community and official content for the past week.  (?)
Discrimination In APB
This topic was never brought up not once even by chads who left the game but of course why am I talking about discrimination in this game. Well it all has to do with the threat system and course the cancer… ohhhh god the cancer 😂 so… gold silver and bronze what do these threats have all in common well golds would discriminate silvers for being bad and silvers would discriminate bronzes for being bad. Plus on a level with this games cancer which is worse than your average MW2 Lobbies peoples feelings...
22

(23rd January 2015 update) APB:R WEAPON GUIDE, TIPS, AND HOW TO AVOID NEWBIE TRAPS
The purpose of this guide is to guide newcomers into choosing a weapon that fits their playstyle, after a quick rundown of the game basics and terminology, and to provide information which might be useful for old players interested in trying something diff...
529 ratings

APB Reloaded Redeem Codes
A small guide for all the working redeem codes in APB Reloaded. I will try my best to keep the guide updated and removing codes that do not work. The "Updated" Section will be used for new codes I have put on the guide when new ones come out to make it ...
663 ratings 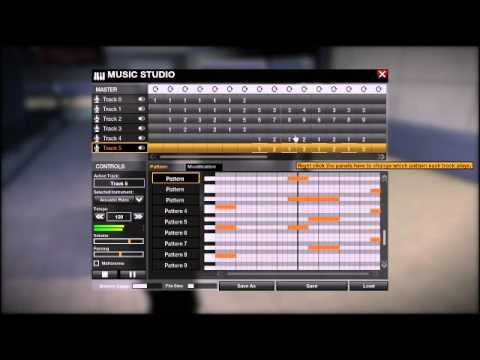 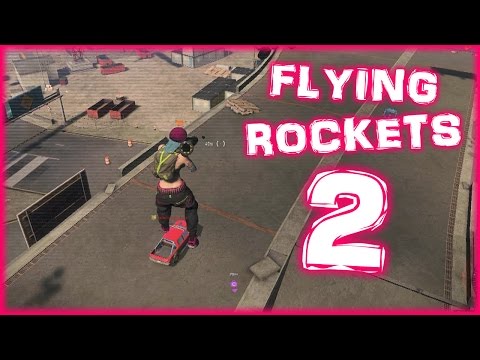 1
6
When your Varzipram tablets actually working. 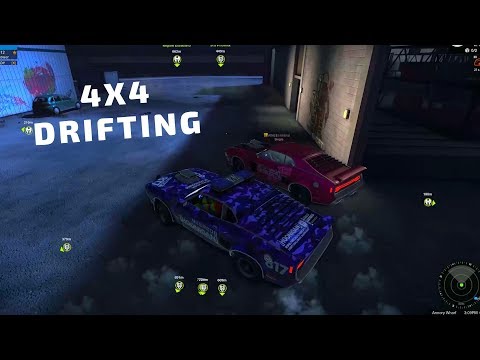 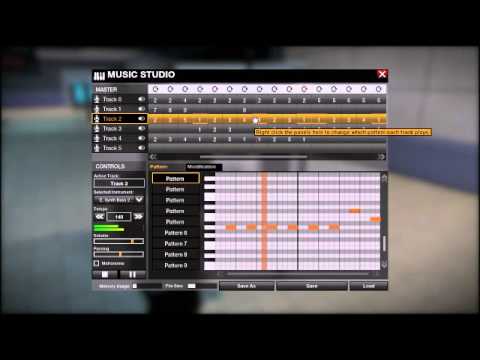 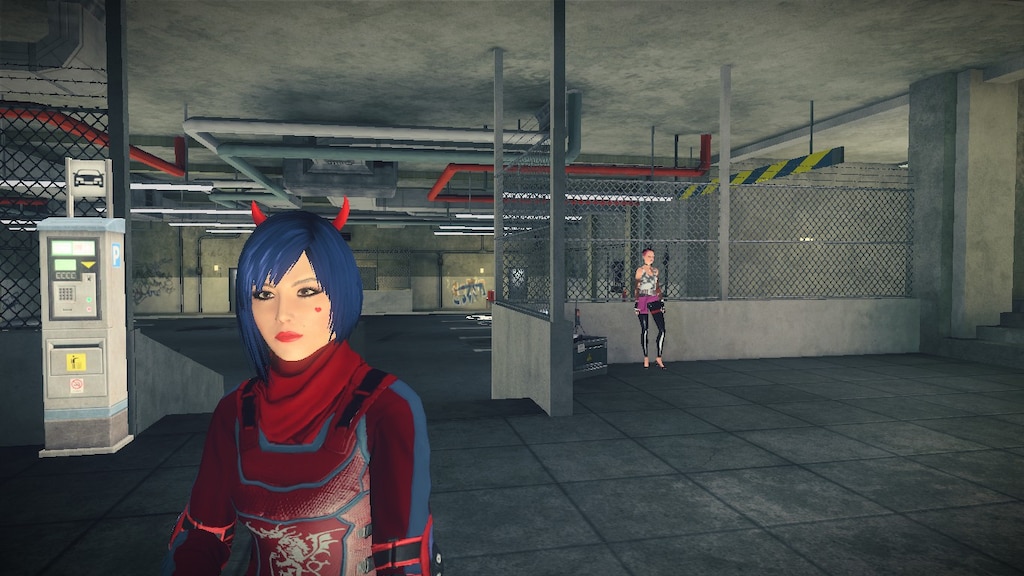 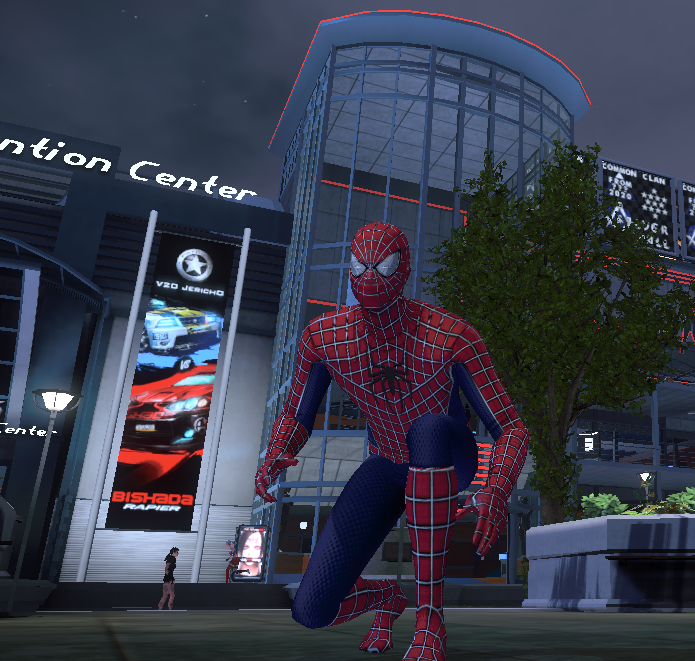 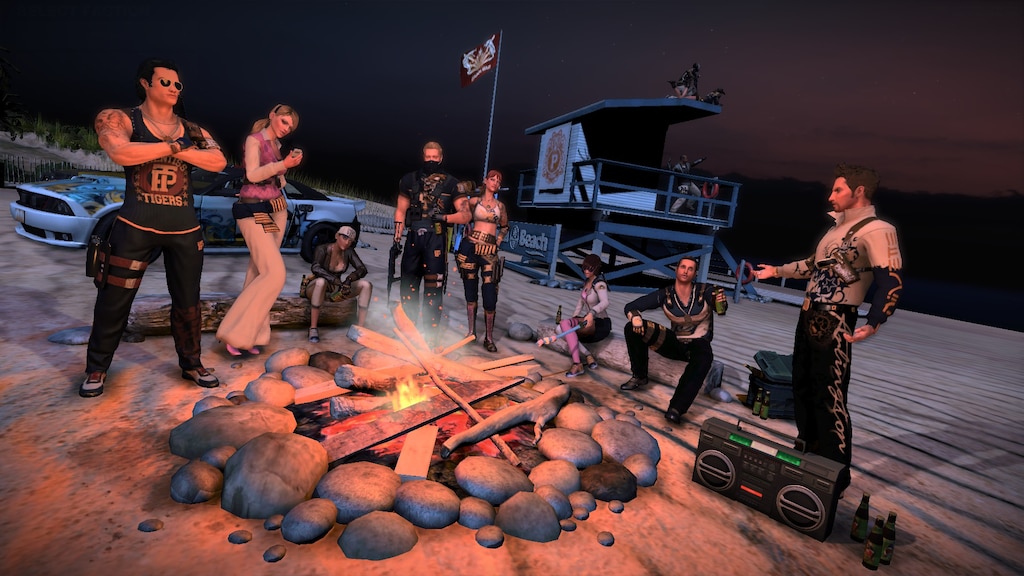 Not Recommended
48.9 hrs on record
If this game wasn't riddled with cheater and poisoned by “Pay to Win” it would, 11 years later, still be the greatest multiplayer game there is.
— It has a LOT of features.
— More customization than every GTA IV or V server ever, or GTA-like games in general.
— It has a very mixed and… let's call it an interesting community.

On top of the bad things, however, this game comes with Easy Anti Cheat, which is a really intrusive program that still can be easily avoided since all it does is go through your stuff.


I've had a blast before it became bad, besides that a lot of my viewpoints have changed since I was 18 at the time I played this game.

I have to admit though, I have just played the free version not the original APB and I haven't played this since it is manged by Little Orbit.
I am downloading the game right now to see what abomination I left behind in 2013.

Edit: Yeah, well.
I have to correct myself as it seems this game does not have EAC anymore it somehow got worse. It now forces you to install Battleye, which wants you to accept to, at this point I think, the third EULA and after that it tells you this https://i.imgur.com/ueKBGi3.png. Just AFTER the installation of course, but don't worry, there is more.
After you got into the game, you are greeted by 3 more EULAs, who all want your data.
I don't know why this game still is pay to win, all the information they are collecting sure has to be money enough, right?

Well what ever, I accepted all these silly EULAs to then be greeted by a new character on my login screen? Strange and I thought I have just forgotten the password I was using 8 or so years ago, nah I bet I haven't, someone was playing with my account and made this horrible creature of the night. https://i.imgur.com/rIEFkBE.png
So, you are telling me that you collect literally EVERY information there is to gather about me, with what feels like a violation to every privacy policy there is in Europe and forcing me to install 3rd party software that also collects my data independently to you. All that and someone from the other side of the planet was using my account? I wonder what data breaches you had over the past.
At least the other dude left a hefty sum of money, a char with a higher level and over 100 days of premium membership for me. :ss13ok:


I want to wash my computer now!


P.S. The game got even better though as it seems. It's way more fluid, less texture popping better ping and all that fancy stuff. It is well maintained.
The devs didn't have to go all Gestapo to solve the cheater problem.


Oh boy, it gets even better.

After uninstalling the game, Battleye remains on your computer. https://i.imgur.com/Yfjrh8W.png The dead body that is left behind can't be found in your “Control Panel\Programs\Programs and Features”.
Uninstalling is just one double click and the deletion of the files that's easy, at least with Everything (The program). 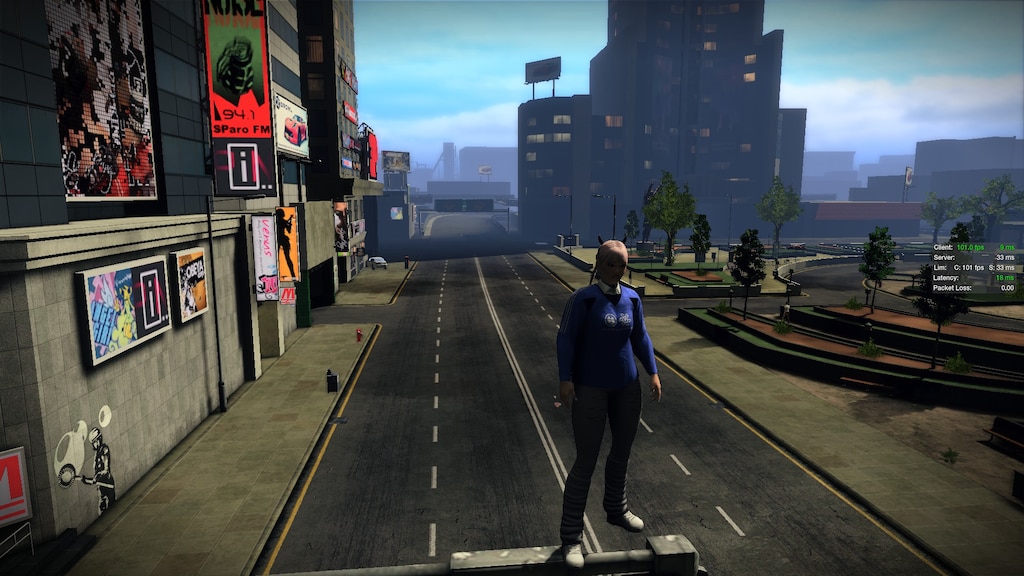 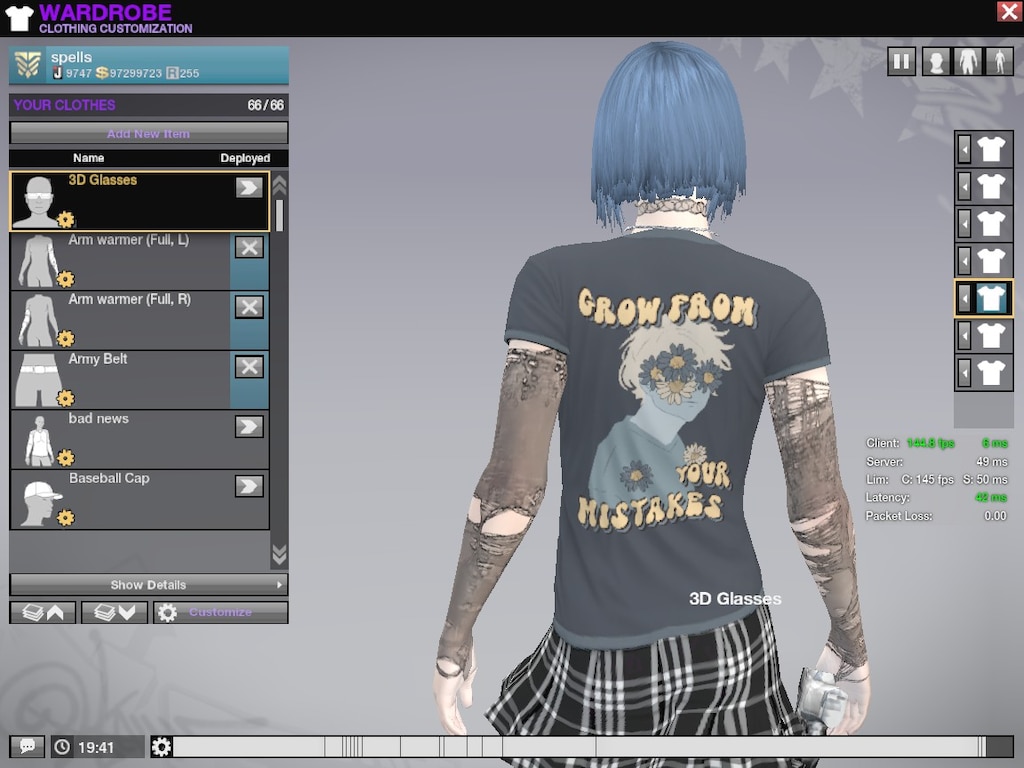 potionmaster
View screenshots
The Upcoming Saints Row game will be the killer of GTA V and APB.
They are adding more creative content before the game launch, and the costumization features are way advanced in comparison to APB's. And the mechanics of gameplay and physics are also something and people are hyped from the game and most of the people in APB and GTA will move themselves to Saints Row. Matt, if you are reading this, you better keep continue the game's version development on 1.20 and keep updating APB until 2.0 and add more new content (like new vehicles, weapons, clothings, ect), because ...
40

Recommended
567.1 hrs on record
This game brings up a LOT of good memories with friends and clans I've been in, also frustrating ones (hacker related) but with that said this game could still hold up if the "focused development" wasn't based on an engine overhaul and rather focus on bringing more content to the game sure there's a cheater problem, but all shooter games has them and no game will ever be able to 100% eliminate cheaters.
This game could still be revitalized, with focus on content rather than an engine upgrade, of course it would help a lot on some of the issues, but with the current time it's been since the first announcement of the engine upgrade coming at some point maybe never, I doubt it will ever happen and if it does happen, it will be too late anyway as the game is basically dieing, it's not completely dead, but compared to maybe 6 years ago it does feel "dead"

most other reviews others made in the past of the game is very true, about Customization being super good, and the cons are also very true sadly :(

I kind of wish it could come back to life, but I also understand that nothing lasts forever, it will always have a special place in my good memories book. 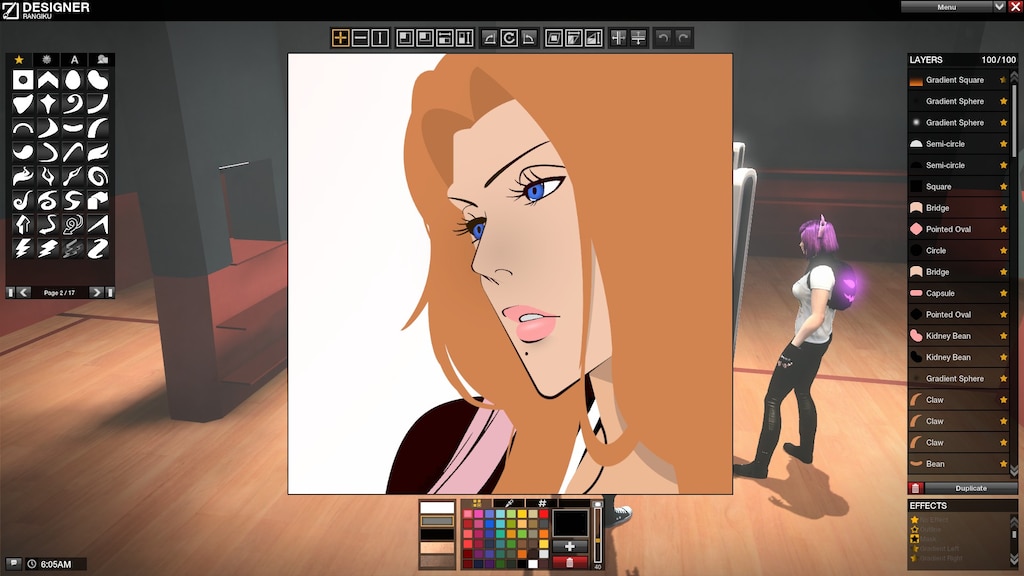 Not Recommended
931.3 hrs on record
This game was amazing back when i t came out even when G1 took over it was quite superf for a time but later the so called P2W came with the cheaters and unoptimized gameplay which took the fun out of the game and completely ruined it. Now it is just a shadow of its former glory sadly... 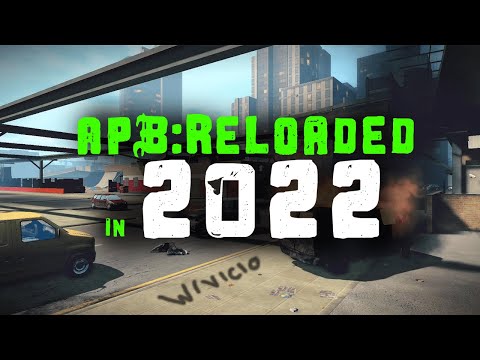 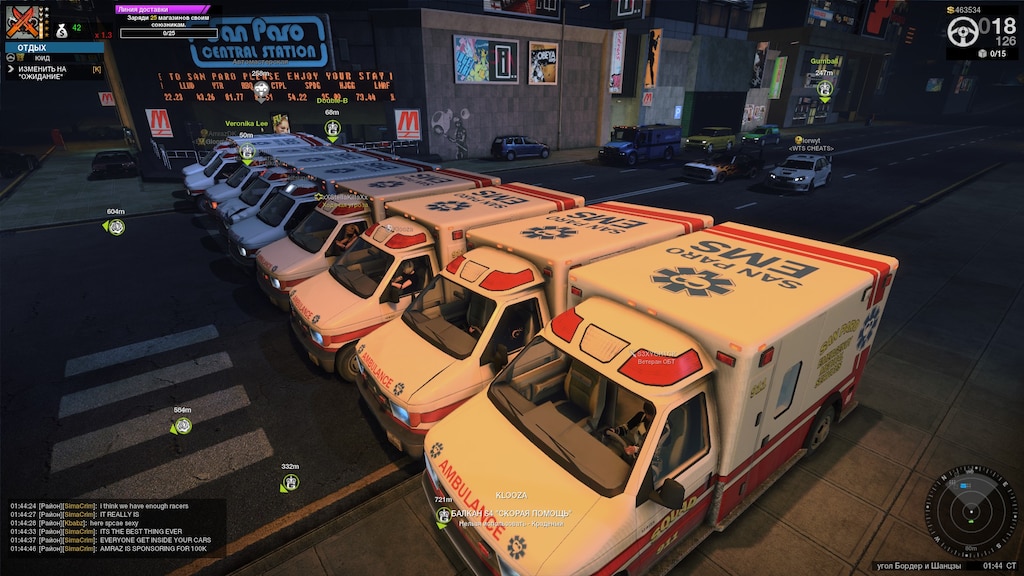 littleorbit
20 hours ago
General Discussions
Little Orbit wake up
Wake up please, this game is at its worst state, I can't even imagine logging in anymore. This game is just falling apart and the players are taking the opportunity into making it hell for everyone to enjoy playing. All changes you guys have done needs to be reverted. You have no idea what you guys have done with weapon balancing. All you guys do is listen to bottom of the barrel scrubs that give the most bizarre feedback. You took that awful feedback and made the game the worst I've seen it ever in my li...
15