A coming of age story that sets the protagonist and his friends on a journey kickstarted by a chain of serial murders.
$19.99
Visit the Store Page
Most popular community and official content for the past week.  (?)
Upcoming Changes to Persona 4 Golden on Steam
Dec 15, 2022
Hello Persona 4 Golden players!

As you may know, Persona 4 Golden and Persona 3 Portable will be coming to modern platforms on January 19, 2023. As a part of this release, we will also be updating the existing Steam version of Persona 4 Golden.

A full list of anticipated changes can be found below:


These changes will take effect on January 19, 2023. No action will be required from the user’s end.

Thank you for playing Persona 4 Golden!

Persona 4 Golden
14,192
696
Would you recommend the game to a non-weeb?
Should I play the game if I like some select few animes like AoT and Vinland Saga, but the rest of the anime world makes me cringe into oblivion with its underaged sexualized characters? Never played a JRPG before but everyone seems to say this one it's special....
10 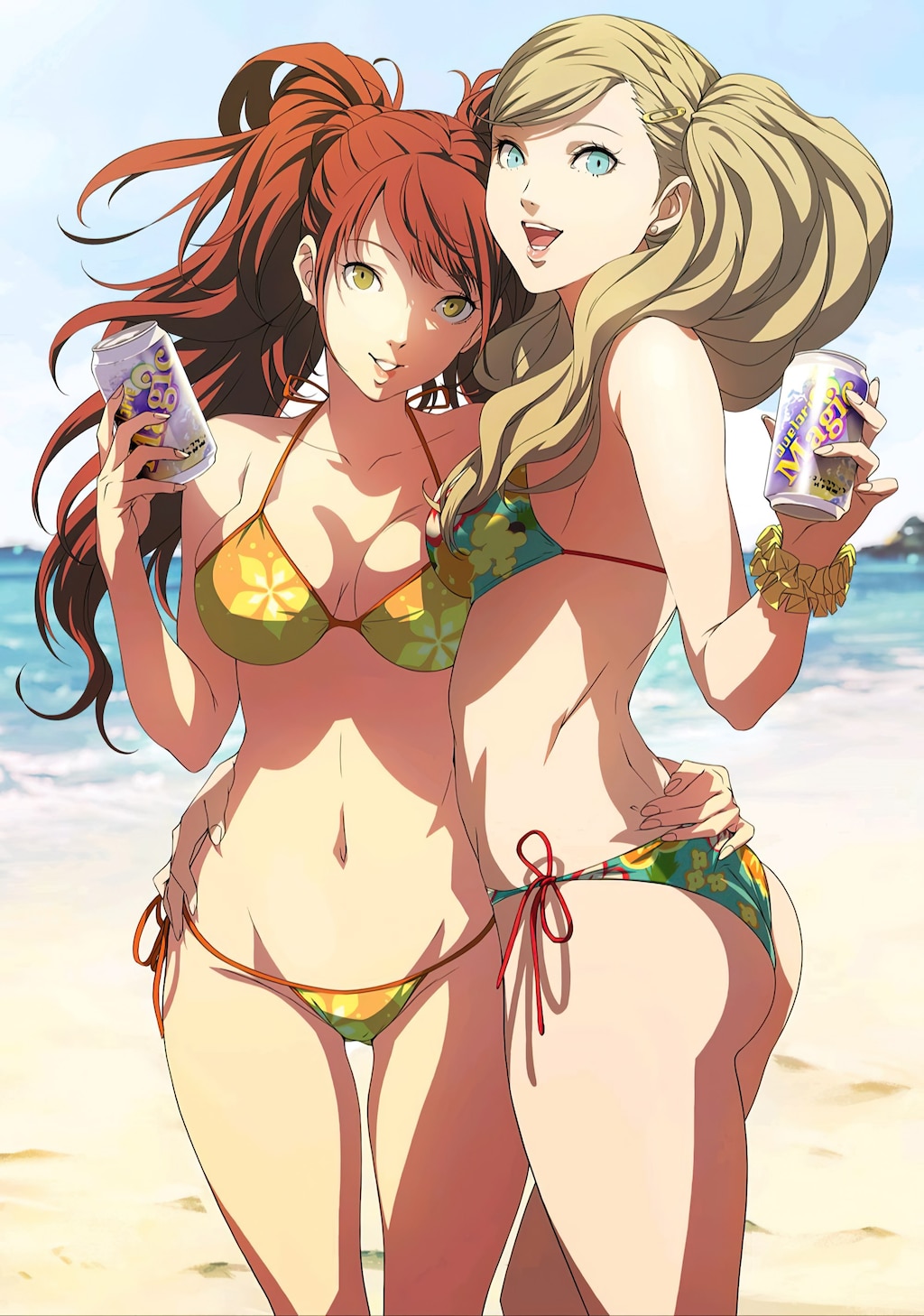 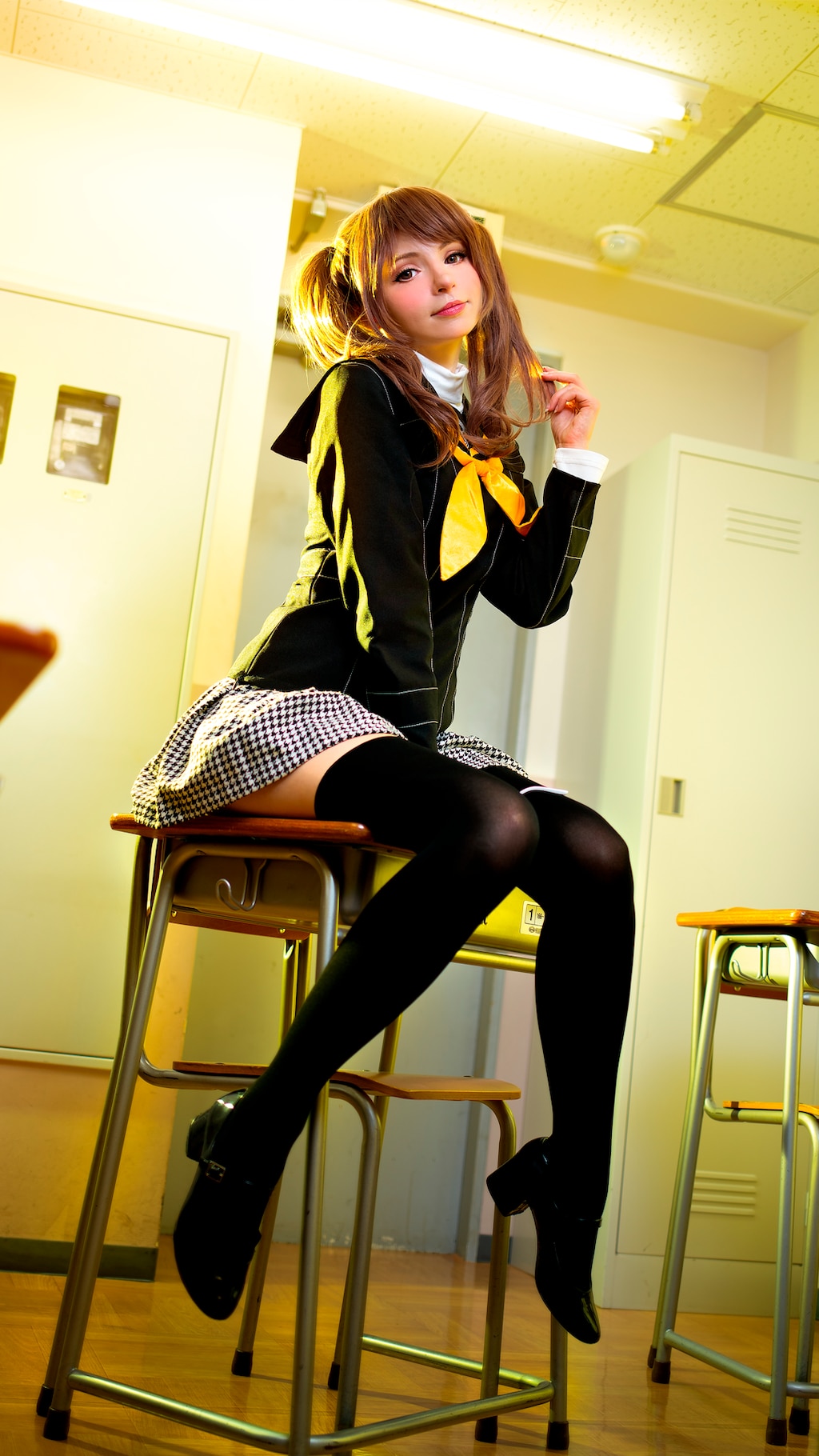 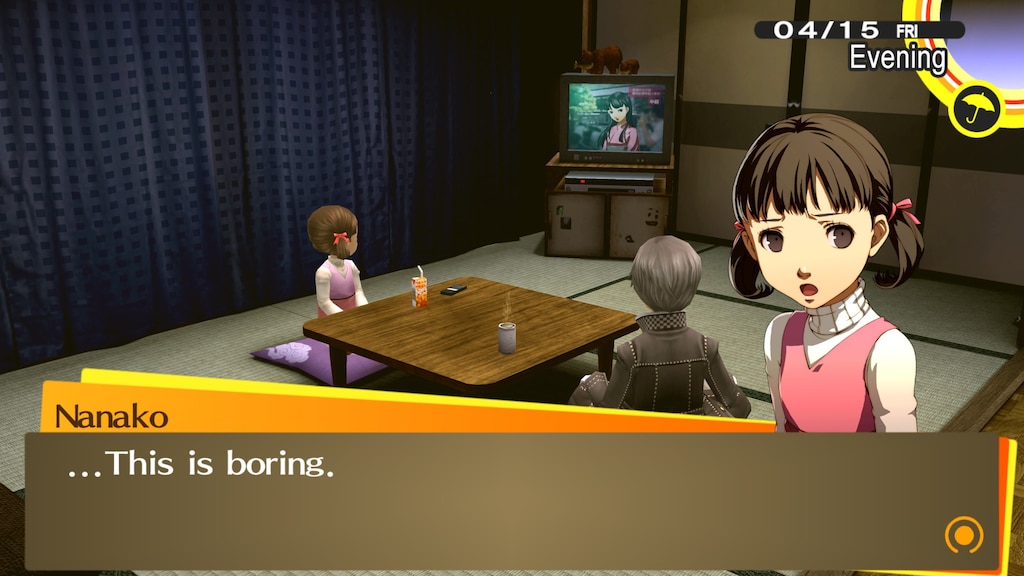 Recommended
21.1 hrs on record
Product received for free
Game Overview
If I say there’s an hour “hidden” between one day and the next... would you believe me? Master the power of the heart, Persona, and uncover the tragic truth of the Dark Hour.
Nyanco's Review ヽ(´• ω •`)、
+ Persona 4 is a critically acclaimed JRPG that offers an immersive open-world experience with strong narrative, relatable characters, and memorable soundtrack, building upon the mechanics of its predecessor Persona 3 with new improvements and additions.
[1] Intro
Persona 4 is a critically acclaimed JRPG that was originally released on the PlayStation 2 in 2008. The game is a sequel to Persona 3 and takes place in the same fictional universe but with new characters and a new story. The game's story follows a group of high school students who discover they have the ability to enter a mysterious world known as the "TV world" and use powerful beings known as Personas to fight against supernatural creatures called Shadows. The game's narrative is well-written, with a strong emphasis on themes of identity, self-discovery, and the power of friendship.
[2] Game Experience
The gameplay of Persona 4 is quite similar to Persona 3, but with some notable improvements and additions. The game features a more open-world structure, with players able to spend their time however they like. Whether it's hanging out with friends, studying for exams, or working part-time jobs, this leads to a more immersive and personal experience for the player and it allows them to develop their character's abilities and relationships in a more organic way. Combat in Persona 4 is turn-based and features the same mechanics as Persona 3. Players control a team of characters and must use a combination of physical and elemental attacks to defeat Shadows. The game's "Fusion" system allows players to combine multiple Personas to create new, more powerful ones, adding an extra layer of strategy to the combat. The characters in Persona 4 are well-written and likable, with each having their own unique personality and backstory. The game's soundtrack is also highly praised, with many of the tracks becoming memorable and iconic.
[3] Verdict
Overall, Persona 4 is a fantastic RPG that offers a unique and enjoyable gameplay experience. The game’s ability to give the player a choice of how it should be played day-by-day via its time management mechanics that help increase social and player statistics and by its wide array of approaches to combat via Persona creation and acquisition make it stand out from other games in the genre. The game's story, characters, and music are also top-notch, making it a must-play for fans of RPGs, especially for those who enjoyed Persona 3.
Side Note
Looking for nice STEAM games? Let's take a look with Nyanco-chan! Follow Nyanco Channel! (ฅ'ω'ฅ) https://store.steampowered.com/curator/33855818 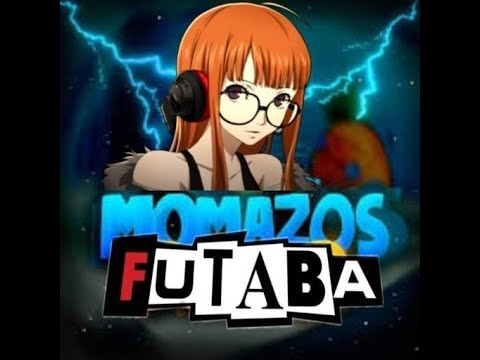 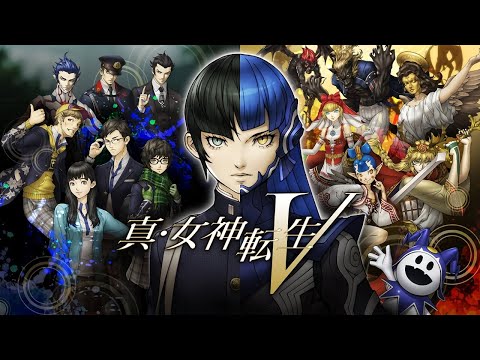 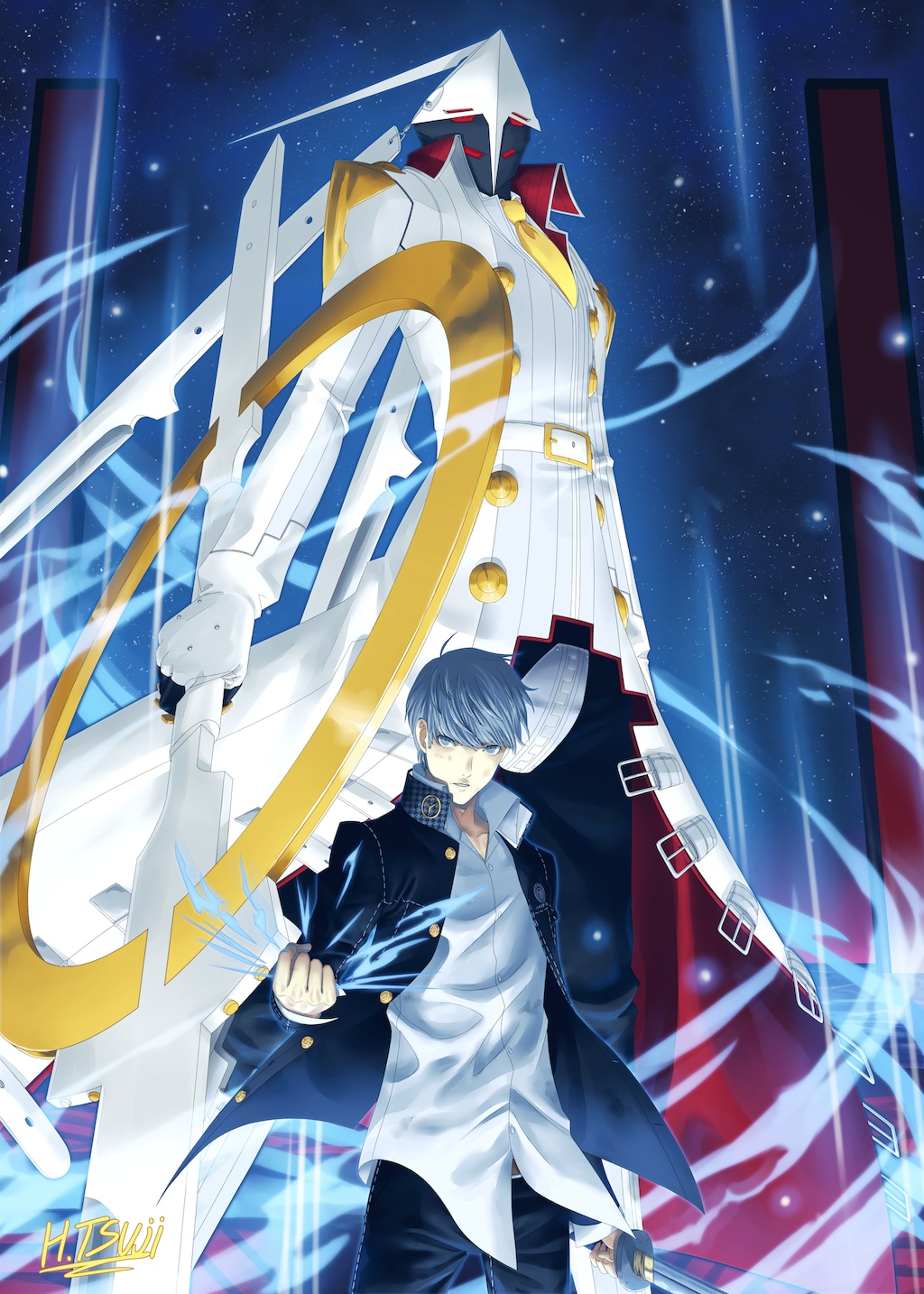 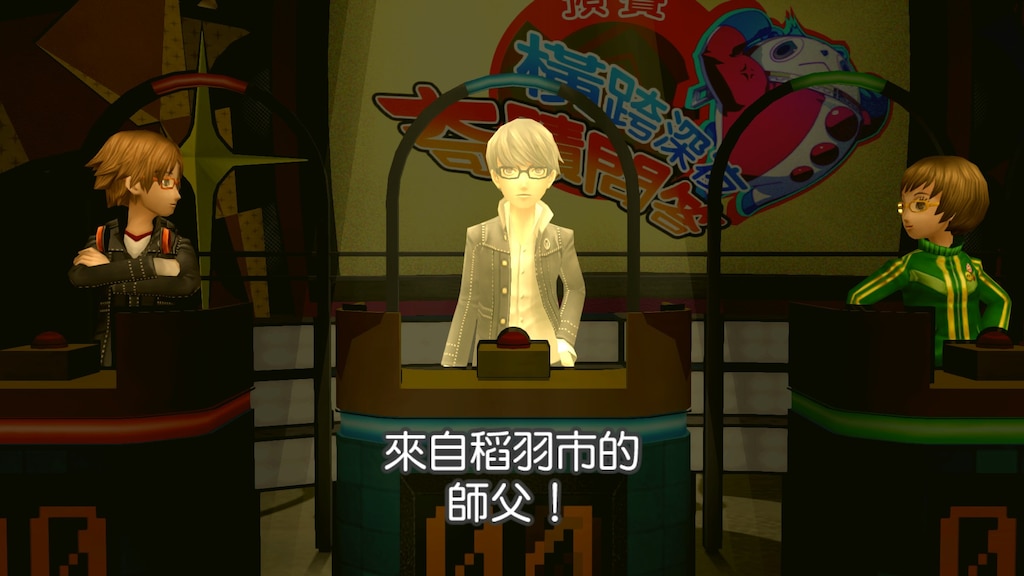 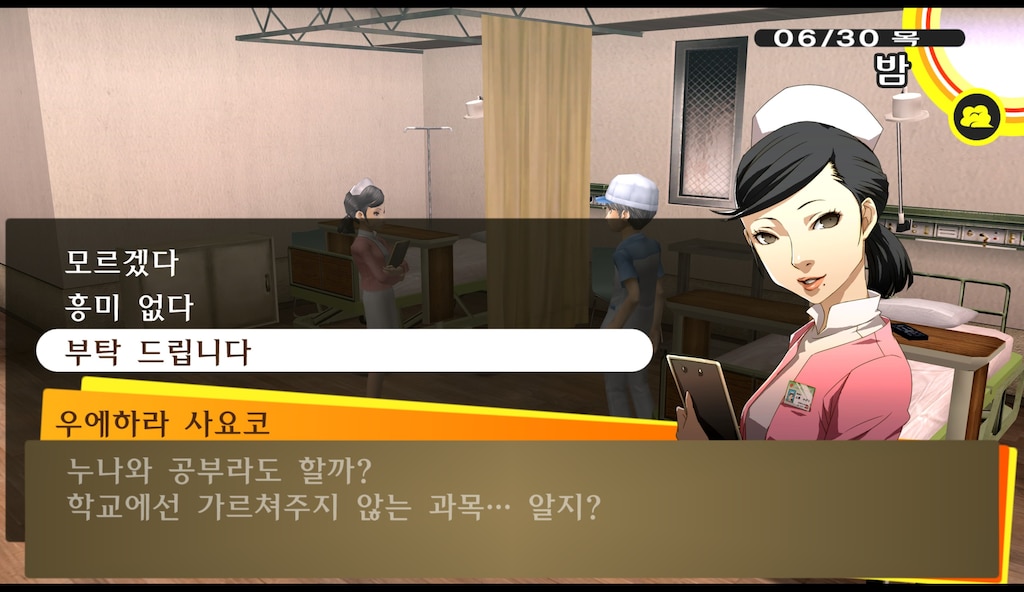 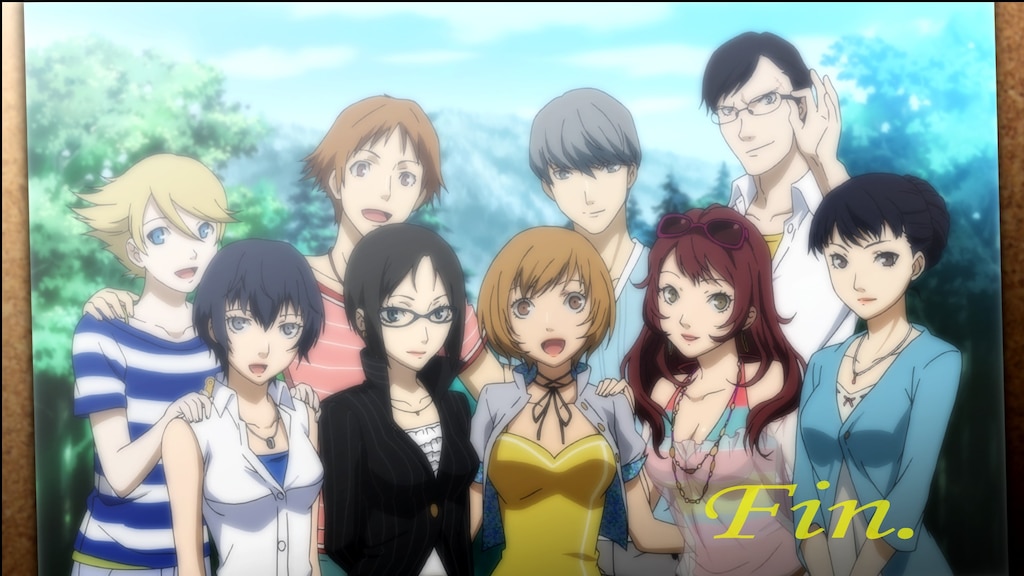 Recommended
6.2 hrs on record
Playing Persona 4 its like experiencing high school experience that you never got -Paper Guy
.
.
.
. 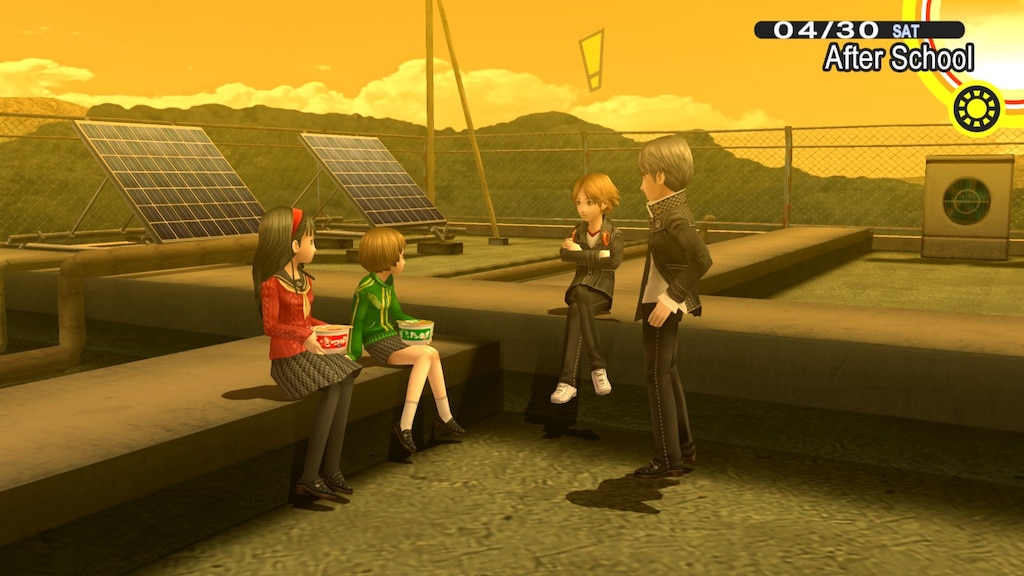 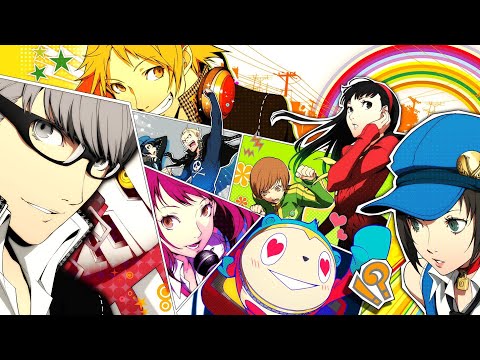 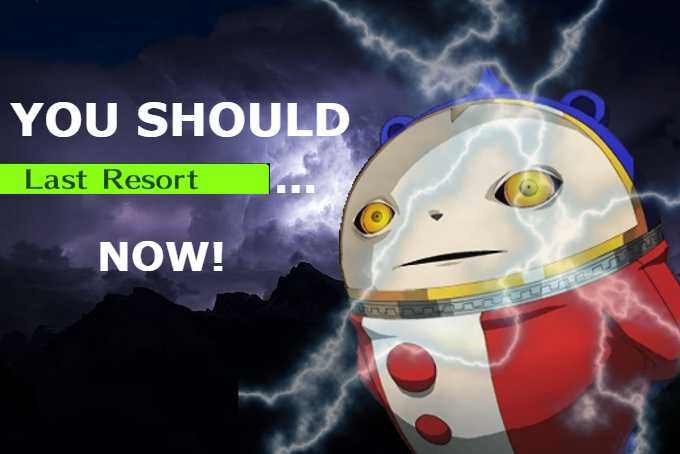 2
0
My fanart of teddy my favorite character 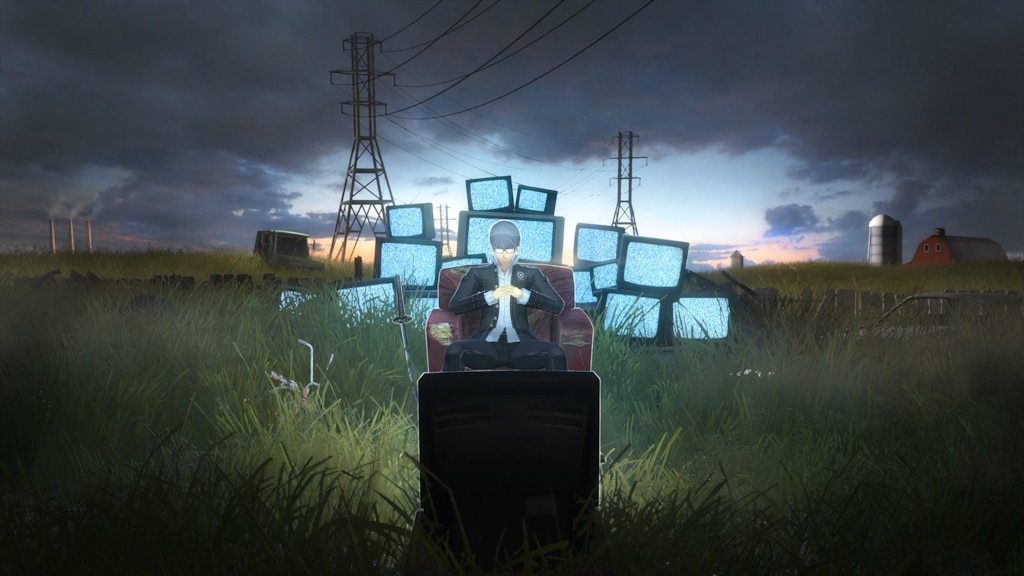 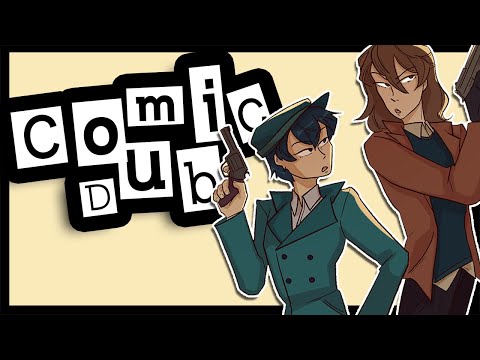 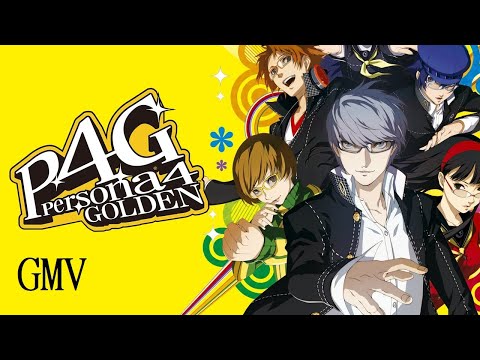 How to become a Persona 4 Ultra MASTER! (Not Persona 5)
Step 1: YOU CANNOT HAVE PERSONA 5! If you have Persona 5 then this tutorial is impossible (Refunding it does work though) Step 2: Grind the game for 19 hours, 17 minutes, 26 seconds and 843 milliseconds at minimum per Week Step 3: Finish all endings Ste...

Sabb
View all guides
Persona 4 Golden 1.04 Patch Notes
Hello, Investigators! This latest release of Persona 4 Golden includes a number of Quality-of-Life updates. Full patch details can be found below: Updating application from 32-bit to 64-bit. This requires the user to have a 64-bit Windows OS (Windows 10) to run the game. - Once the game application is updated, 32-bit versions of Persona 4 Golden will no longer be playable. Save data should not be affected by this change. Additional support for the following text languages: French, ...
64

ATLUS West
Jan 25 @ 10:55am
General Discussions
Please post your Persona 4 Golden Bugs here
Hi Persona 4 Golden players, We want to ensure you have the best experience possible playing Persona 4 Golden on PC. There may be unique edge cases we haven't accounted for during QA. If you experience any issues with Persona 4 Golden, please report them here. This will help our QA team collate any frequently reported bugs. Please also report your PC configuration so we can quickly identify any solutions. Thank you and have a great time exploring Inaba and unravelling the mystery! UPDATE: Hi everyone...
6,110