Legend Bowl is a throwback to the classic 8-bit and 16-bit football games of the past. Take to the gridiron and fight your way to becoming a football legend! Enjoy sim-style gameplay, realistic weather, detailed stats, franchise mode, tournament mode, fully customizable rosters, and much much more!
$24.99
Visit the Store Page
Most popular community and official content for the past week.  (?)
Legend Bowl - Patch (July 24, 2022)
Jul 24
📢 Hey Legend Bowlers!

Here's a minor update to clean up a couple of items in the game. Enjoy!

If you experience any bugs or issues please report them here or more preferably in our Discord[discord.gg] where you can chat with the community, report bugs, or give feedback on the game.

As always, if you've enjoyed the game so far and like what you're seeing out of the game it would be great if you can leave a review on Steam!

Legend Bowl
34
3
Have a Bug, Crash, or Other Issue?
Report it here or on our community Discord server. We try to get to things as soon as we can!
230

King Javo
Aug 7 @ 9:29am
General Discussions
What is the "R" and the "two shoes" on the bottom right of the player portrait?
title
3 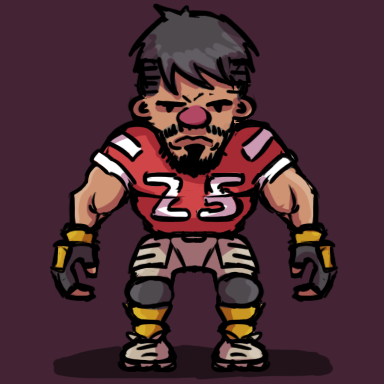 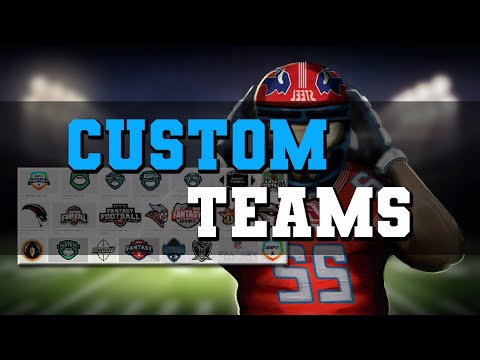 Not Recommended
14.7 hrs on record
I wanted to love this game. It's a fun little indie game, but it's missing too much for me to recommend at it's current price. I'm 100% willing to give up graphics for a solid football game- and this isn't quite the balance.

Pros:
Good game play and physics on the field. The controls and moves work- it's solid.
Tons of customization
For a 16 bit (8 bit?) game it looks and sounds pretty good
Deep player models with moral and motivations

Cons:
Where to start...
AI play calling is hilarious! Down by 46 in the fourth- run play two times in a row.. Runner doesn't go out of bounds.
Play books are terrible, no custom playbook or design. I could go on for hours about this- they stink!
No play action.......... I ran for 300 yards on a team and they didn't stack the box every play. And no option for play action anyways.
No hot routes
No shifting lines
Man coverage always aligns with offensive player; breaks up formations- making for easy broken defensive plays
No press coverage
No adjusting defensive positions before the play. Players go back to default position.
No trades or trade deadline that I can see- other than the wire
And a ton more- just missing a ton of quality of life/game play features for a football game.
AI again- as soon as your defenders break through the line the QB will throw the ball- so in about 8 or so games I've got 1 sack- on a QB scramble. They'll just throw to a double covered guy, or hit your defender in the back of the head.

This is not Madden 2009 or whatever, it's a little indie football game- don't let all the fanboys sell you otherwise. I will check back and update my review if there is any major changes to the game. I like it, but it is way, way overrated right now. I thought about giving it a positive review just for effort- but no.

Legend Bowl Academy
We created a video showing you how to play the game and some tips to help newcomers and veterans get better in a hurry. We hope this helps people who are unfamiliar with the game and want to improve!

Game Controls
Overview of the controls for Legend Bowl.

Help Guide
In game images to explain the finer points of Legend Bowl's mechanics, particularly the ones that give new players the most trouble. 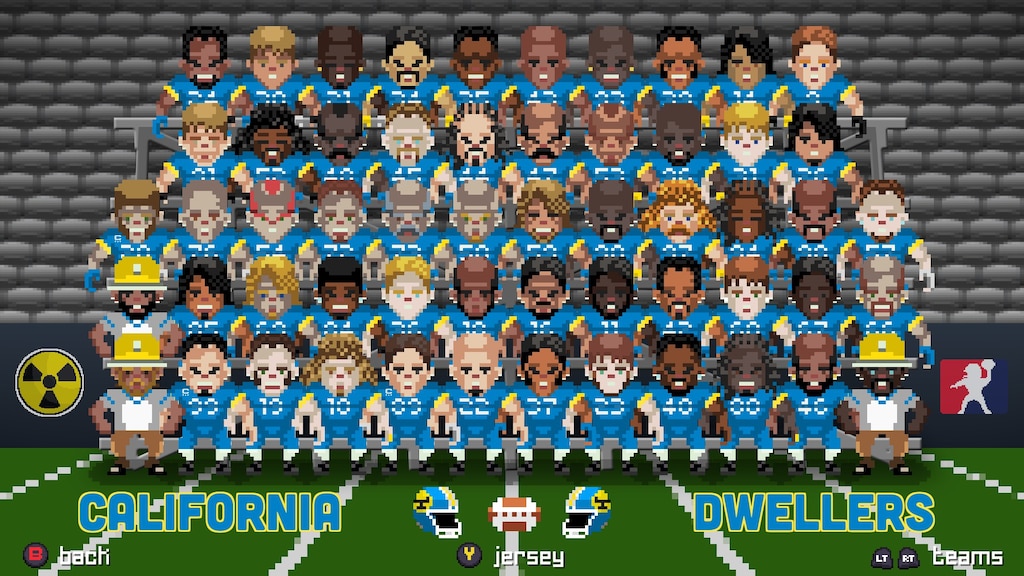 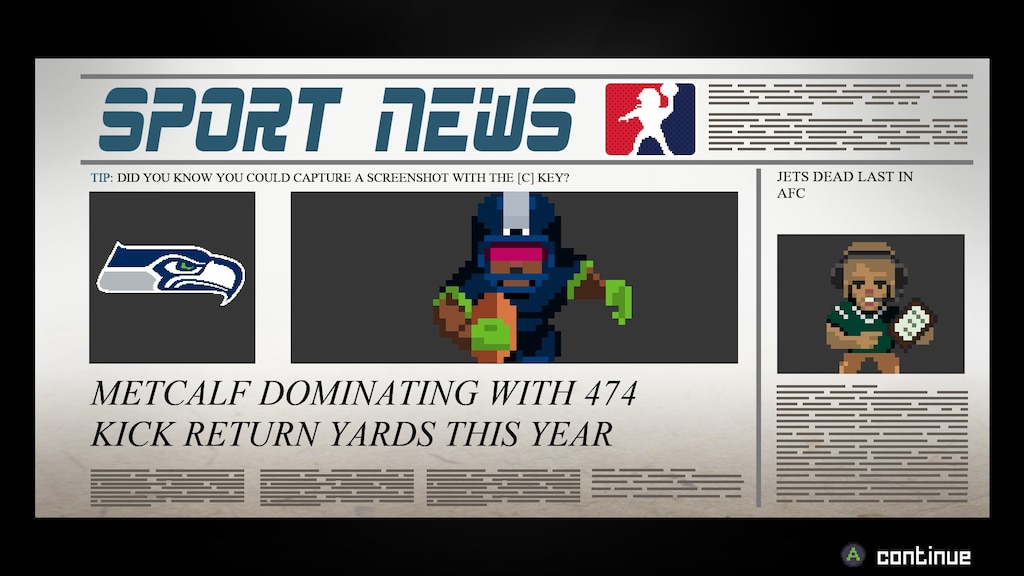 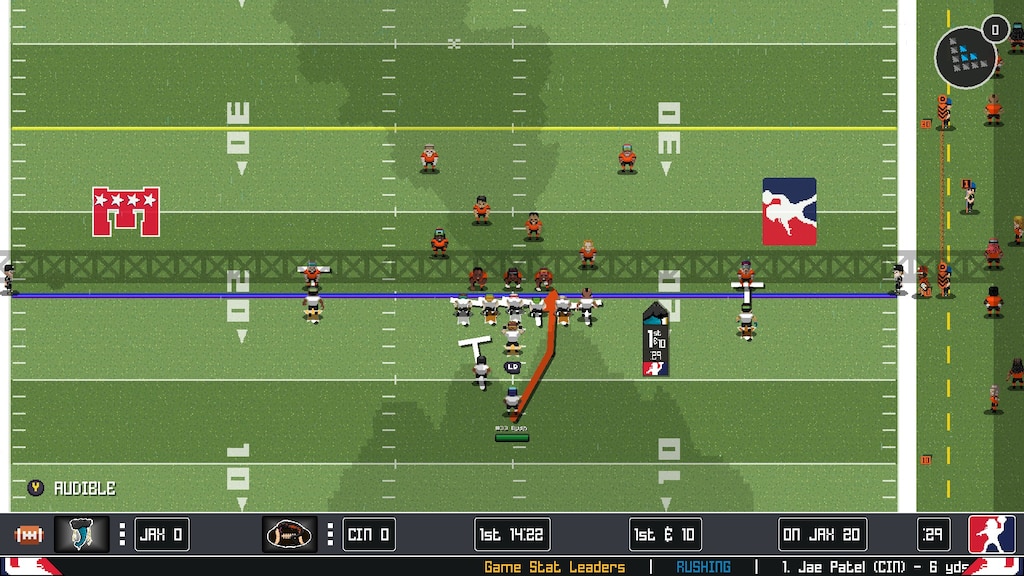 0
1
Anyone else see the bird's nest in the Cinncinati stadium? 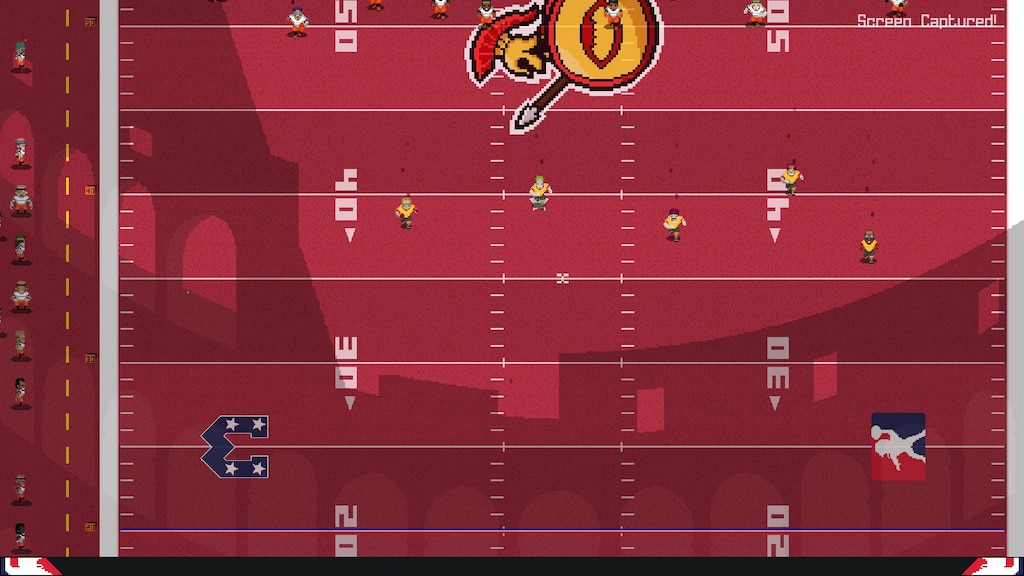 0
0
Gladiators playing in the Colosseum 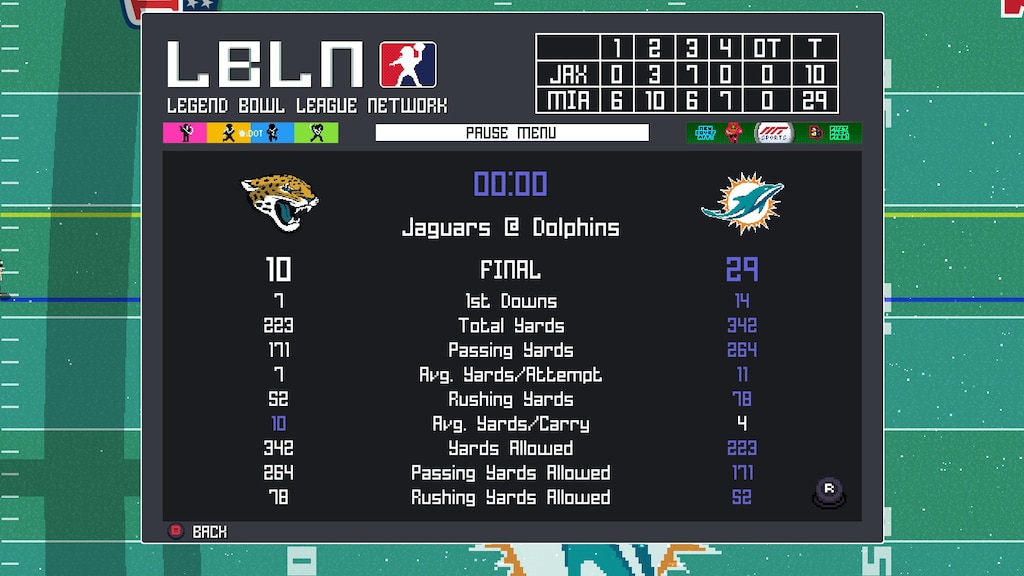 0
2
Dolphins win a game. It's snowing, so I presume this is hell freezing over. 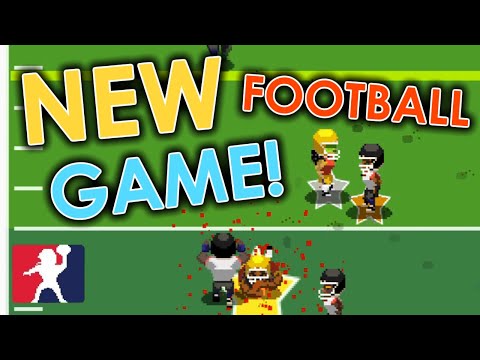 Controller Problems Guide
Having controller problems? Start here! These are some basic steps you can take to make sure your controller functions properly in Legend Bowl.

[EN/ES] How to make QB run plays / Cómo hacer jugadas corriendo con el QB
Do you want to get a 2000 rushing yards season like Lamar Jackson? Do you want to make a successful running play once a season and feel blessed by the gods like a 44 year-old Tom Brady playing for the Bucs? Or would you prefer those nasty plays Mahome... 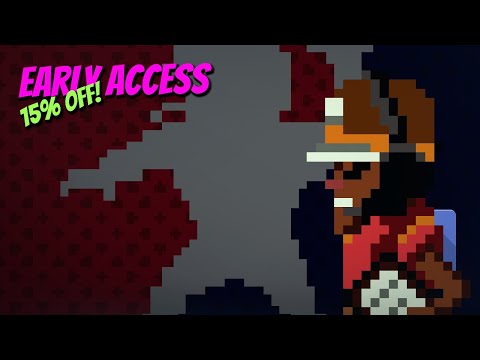 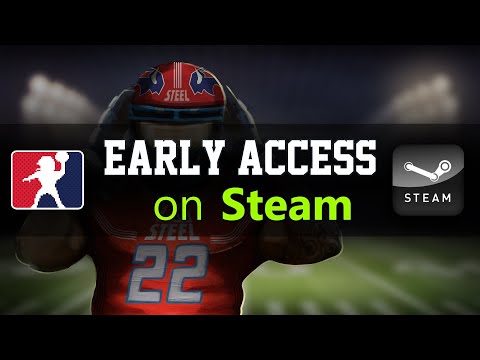 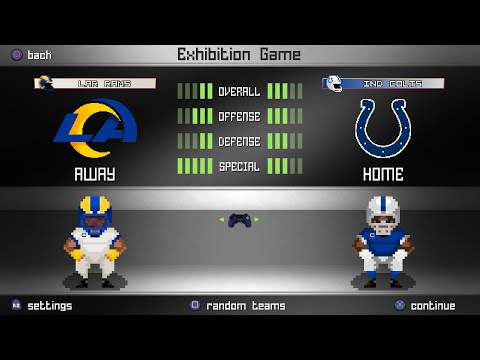 devineone1
View videos
AI intentional grounding with no penalty
Having a hard time getting sacks. This happens a handful of times a game where I'll have a successful blitz but the AI throws the ball away immediately while stationed inside the pocket ruining a great defensive play while never being penalized. Curious if this has to do with a difficulty setting or something that needs worked?...
2

GhostRanger
Aug 5 @ 1:58pm
General Discussions
Custom Playbooks
I do not see an option for custom playbooks. Am I missing something? The base offensive playbook is terrible. Are there any mods for this that I haven't found?
1

TuckLeg
Aug 11 @ 7:44pm
General Discussions
No one has rated this review as helpful yet

Recommended
29.9 hrs on record
I have played a lot of footballs games, from Madden 94, NCAA 2005, NFL 2k5 APF 2k8, and more. I won't say this is the best football game of all time. But Legend Bowl has taken the satisfying and exciting arcade look and feel, and put it on top of gameplay that has the depth of strategy and realism of the best simulation football games. I wish franchise mode was even deeper than it already is, but other than that the game is everything you could ever want from a modern arcade football game.

Recommended
7.3 hrs on record
I was kind of iffy on this game at first. The mechanics were fine, but I couldn't connect to the fake teams and players. I set it aside for over a year. A year later, I tried it out but had the same problem. As I was uninstalling it, I noticed that there are mods to add rosters and teams from various official leagues. I reinstalled.

Since adding an official league mod, I've started a new season. I could see playing this game or its sequels for years, especially if the community keeps releasing updated rosters!