Quake II RTX is a cutting-edge, ray-traced reimagining of id software’s old school classic, by NVIDIA’s Lightspeed Studios. Global lighting effects, including realistic reflections, refraction, shadows, ambient occlusion and global illumination are a result of the path-traced simulation of light.
Visit the Store Page
Most popular community and official content for the past week.  (?)
Game crashes after starting new game on easy mode
It loads a frame of the scene, then it just crashes to desktop with no error. Sometimes it will freeze on the first frame, but accepts keyboard input and i can hear sounds or the gun firing. RTX 2070 super Ryzen 3700X B550
3 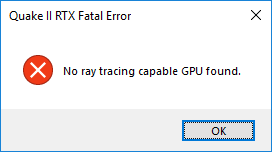 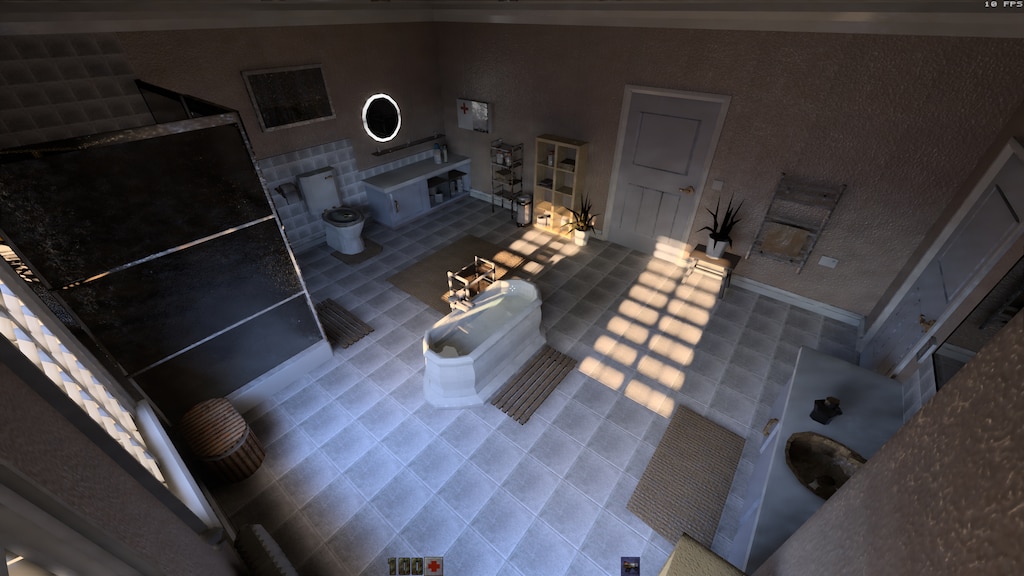 1
11
Trying to do modern graphics with Quake 2 RTX 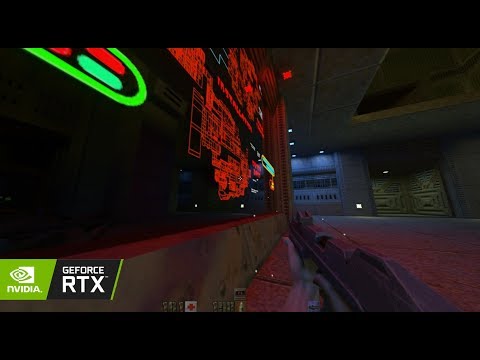 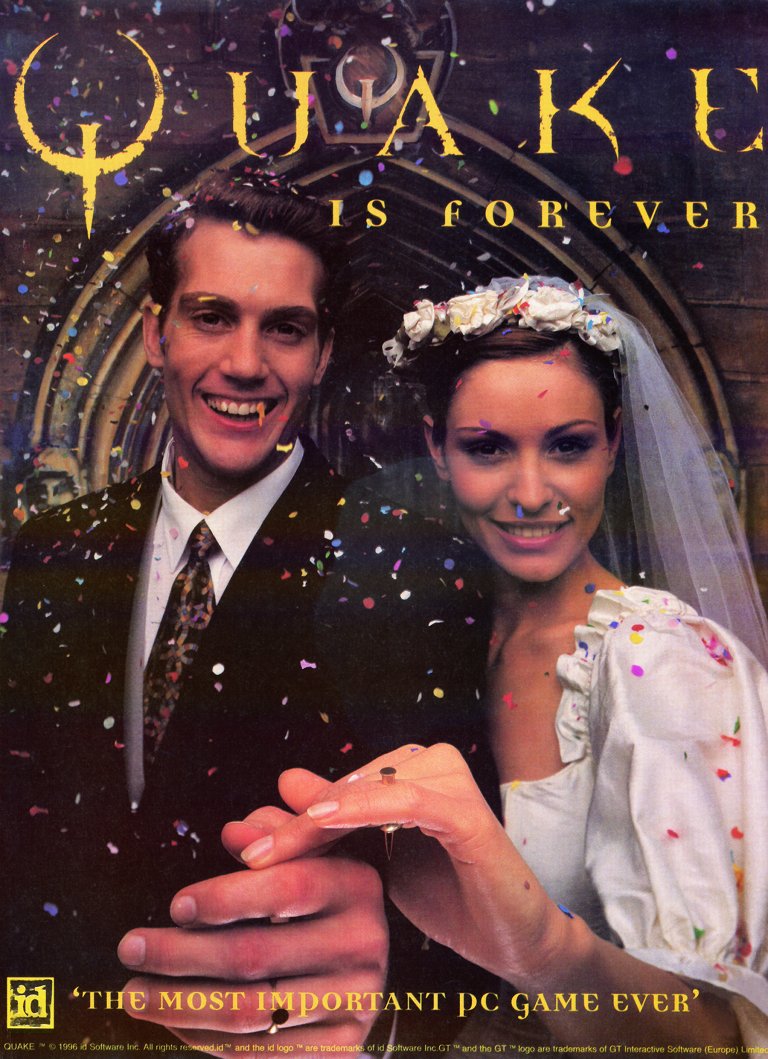 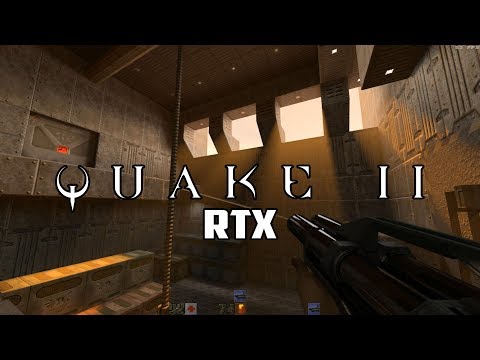 Quake II RTX - Advanced User's Guide
This is the NVIDIA guide to help with in game commands, understanding new features, and how to capture great screenshots with RTX ON!
28 ratings 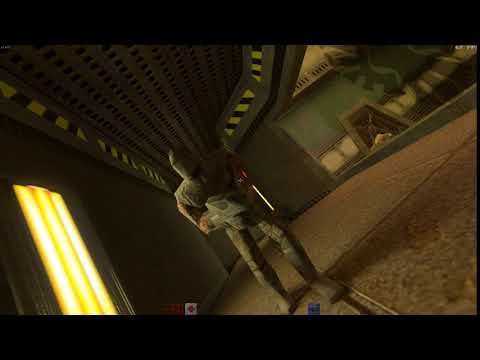 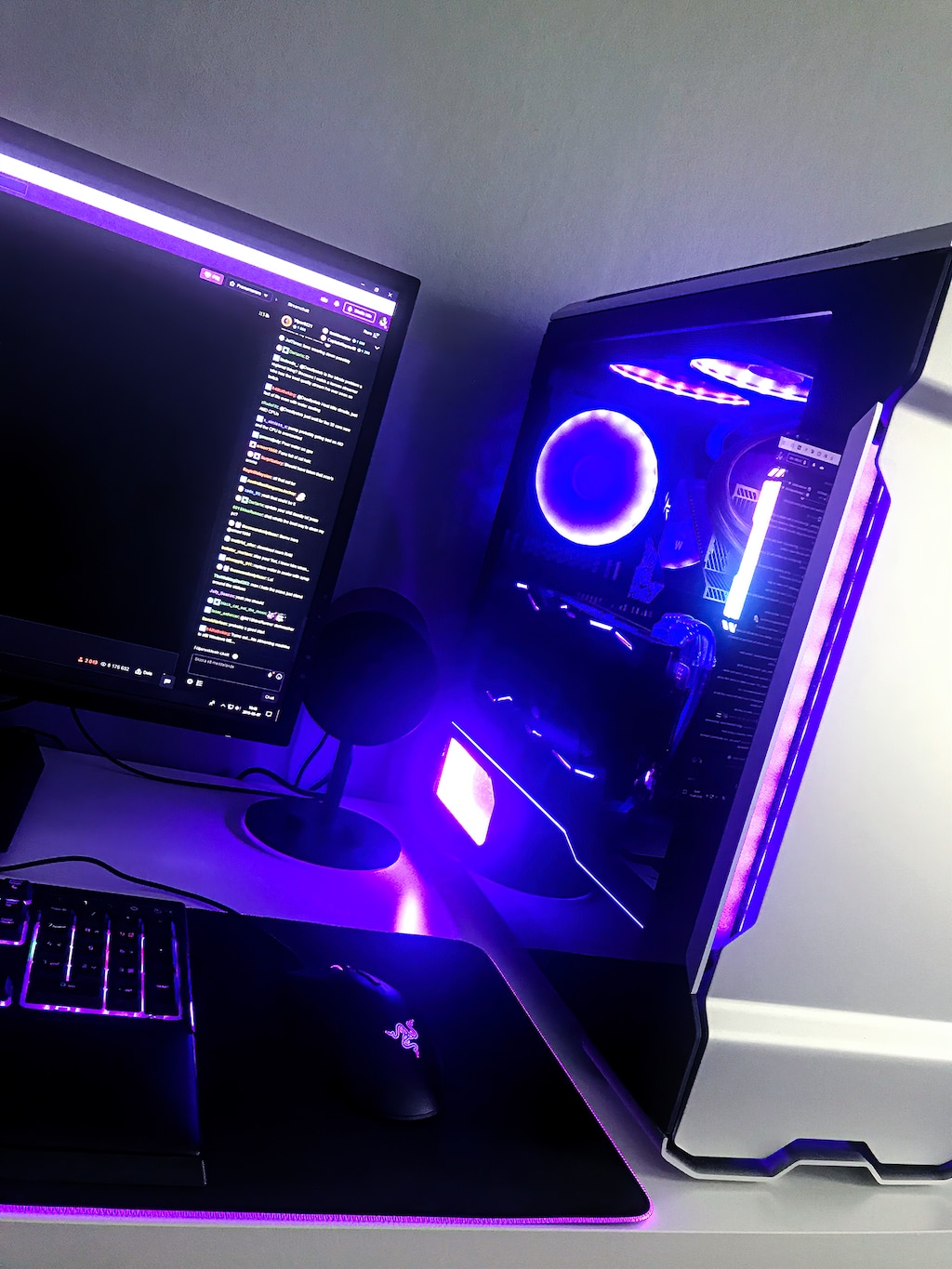 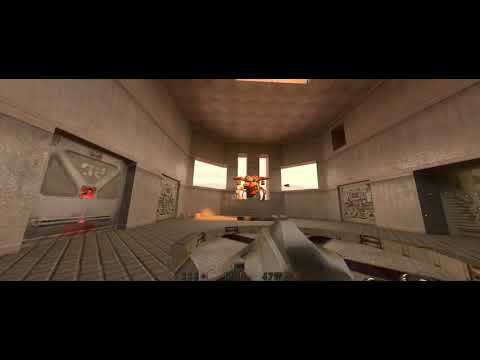 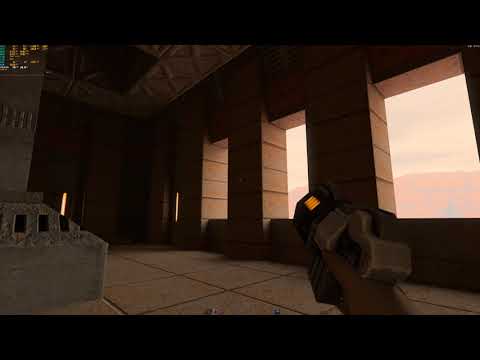 Right Mouse = Zoom/ADS + Viewmodel tweak
For blasphemers who can't break the habits of modern day fps games ( ͡° ͜ʖ ͡°) Or maybe if you're into making machinimas and you need a zoom? To some people this guide is common knowledge, for others? well i gotchu covered 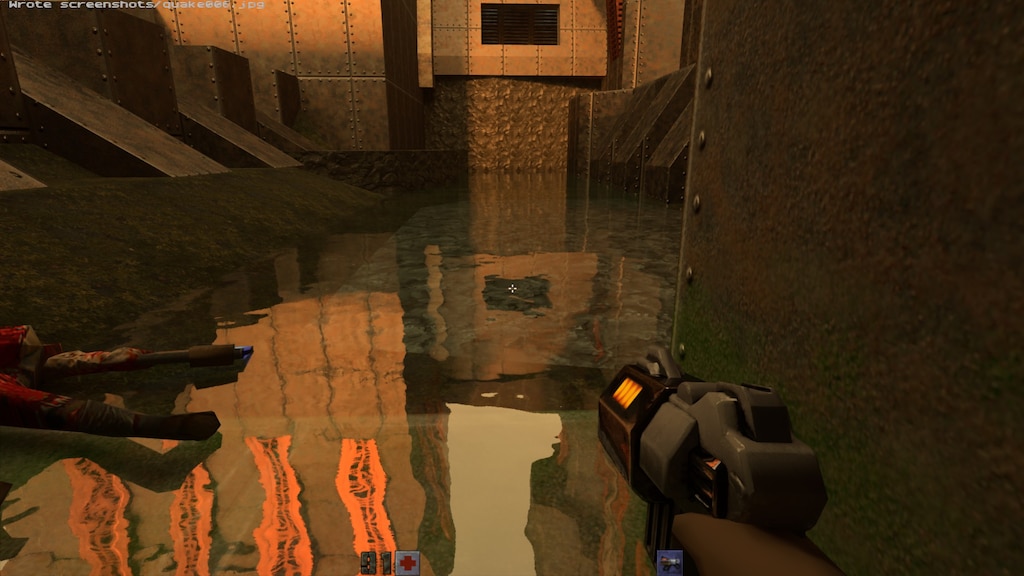 Recommended
4.8 hrs on record
The nostalgia is strong with this one. The only thing I really miss is the music, but a patch added that. I just had to find the soundtrack in OGG format and put it in /Quake II RTX/baseq2/music.

I'm playing this with an Asus 1080Ti Strix OC gaming card. I might not be getting the full experience because to get a playable framerate I have to crank things way down to 800x600 or so. I avg about 40 fps there. But you know, that's about what my experience was when this was new and I was in college anyway.

I can't *not* recommend Quake 2. But that's more because of what it means to me personally. It's a good time. Worth the $5. You'll get more out of this than a big mac at McDonalds, you know? Recommended
6.9 hrs on record
This game is a classic that still holds up well. Thanks to the RTX enhancements, it actually looks pretty great, too.

+ Lots of weapons. All of them are fun to use.
+ Decent number of enemy types. It feels like every level has at least one or two new enemies.
+ The level design is decent. I played this alongside Turok 2, and the contrast was stark. I was so grateful that Quake II's level design isn't brutally obtuse.
+ Fun, the way games used to be. You move quickly, you don't have to watch animations, guns fire really fast, you don't have to reload. Nothing ever gets between you and having a good time.
+ Game looks good, especially with the RTX enhancements.

- Thanks to the raytracing, you'll probably be able to run it at 40fps max. It's not too distracting, though.
- You can't play the expansions with this version of the game.

All in all, definitely worth a purchase, especially if you're in the mood for a classic FPS that still holds up today. 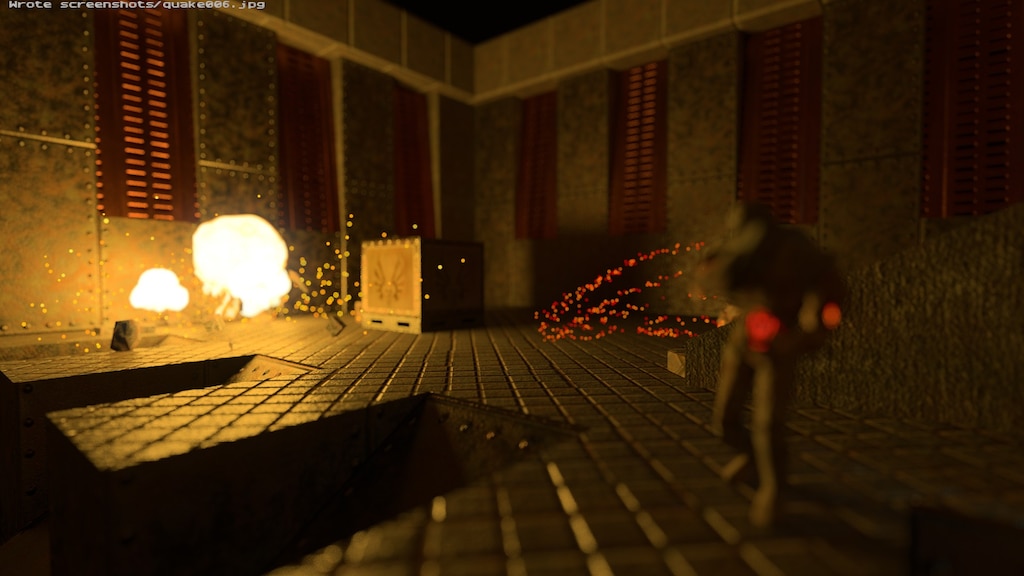 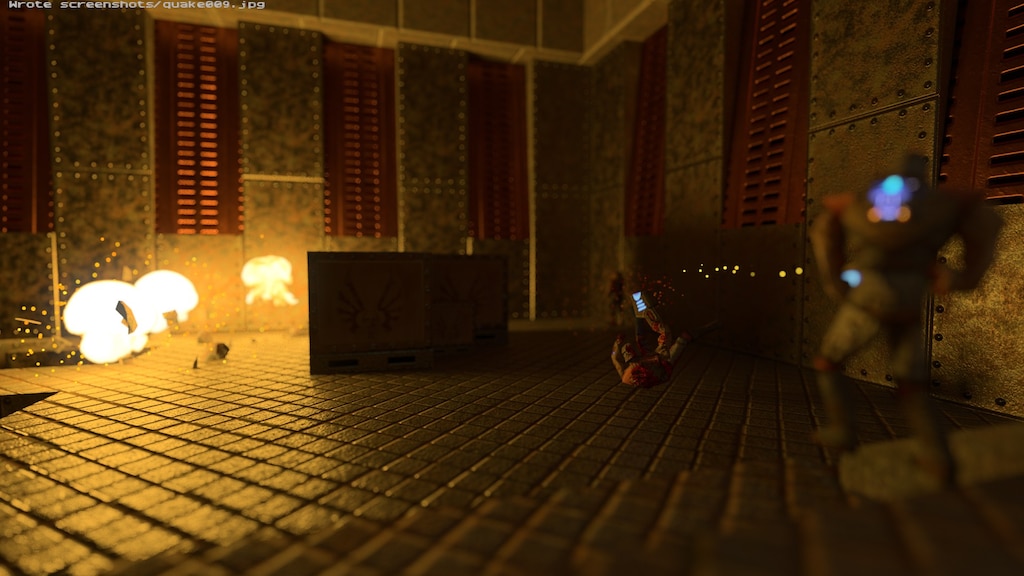 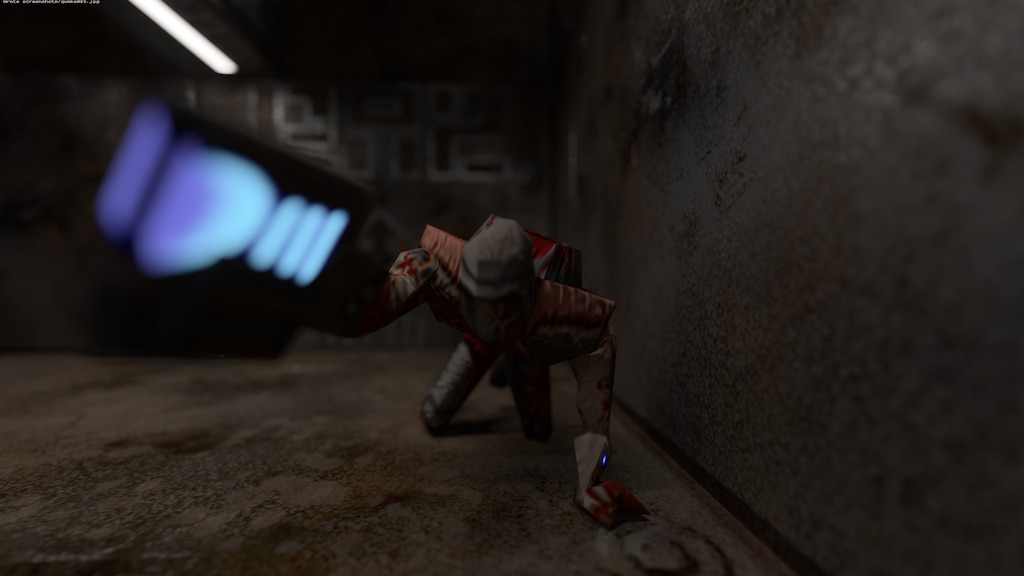 Superscooter
346 products in account
0
Crashes on multiplayer only...
When I first got the RTX update I played several hours of multiplayer and started through the campaign with zero issues. Starting several months back the game would crash past the main menu. Recently I gave it another shot and it now only crashes when I try to play multiplayer, does anyone else have this issue? Asus x570-i Ryzen 7 3700x Asus GTX 1080ti GPU drivers have been keep mostly recent and I have tried the game with every driver update, all giving similar crash's. Bios and Chipset are also kept up...
5

Trash
5 hours ago
General Discussions
quake 2 RTX very low fps on a 2080 super
I play the game with everything enabled and i get around 45 FPS on an rtx2080 super Is this sub 60 fps normal ?
10