Destiny 2 is an action MMO with a single evolving world that you and your friends can join anytime, anywhere, absolutely free.
Visit the Store Page
Most popular community and official content for the past week.  (?)
This Week At Bungie – 12/08/2022
Dec 8
This week at Bungie, we have save the dates, Game2Give updates, oh ya, and a new dungeon tomorrow.

Happy TWABsday, Guardians! This week we have quite a bit to get into, but first, HAPPY SEASON OF THE SERAPH LAUNCH WEEK! OK, no more yelling. On deck (I promise, my last pirate-themed pun) for this week's TWAB, we’ve got a little bit of a TL;DR from last Season, some save-the-dates for this Season, and some “oh by the way’s” just to toss in for good measure. We also have a few rad announcements, and honestly, I'll stop rambling now. Here we go! Read more here.[www.bungie.net]

Destiny 2
329
29
Destiny 2 server keep crashing!
does anybody have this problem? my game keep crashing and i restarted my modem same thing happen !
20

The Spy, the God, and the Machine
The Hive God of War moves to seize control of Rasputin’s network of weaponized satellites. In her hands, she would turn its devastating power on the Last City. To stop her, the Vanguard has authorized special covert operations armed with the Warmind’s most advanced weaponry. Agents conducting these operations are known as Seraphs. 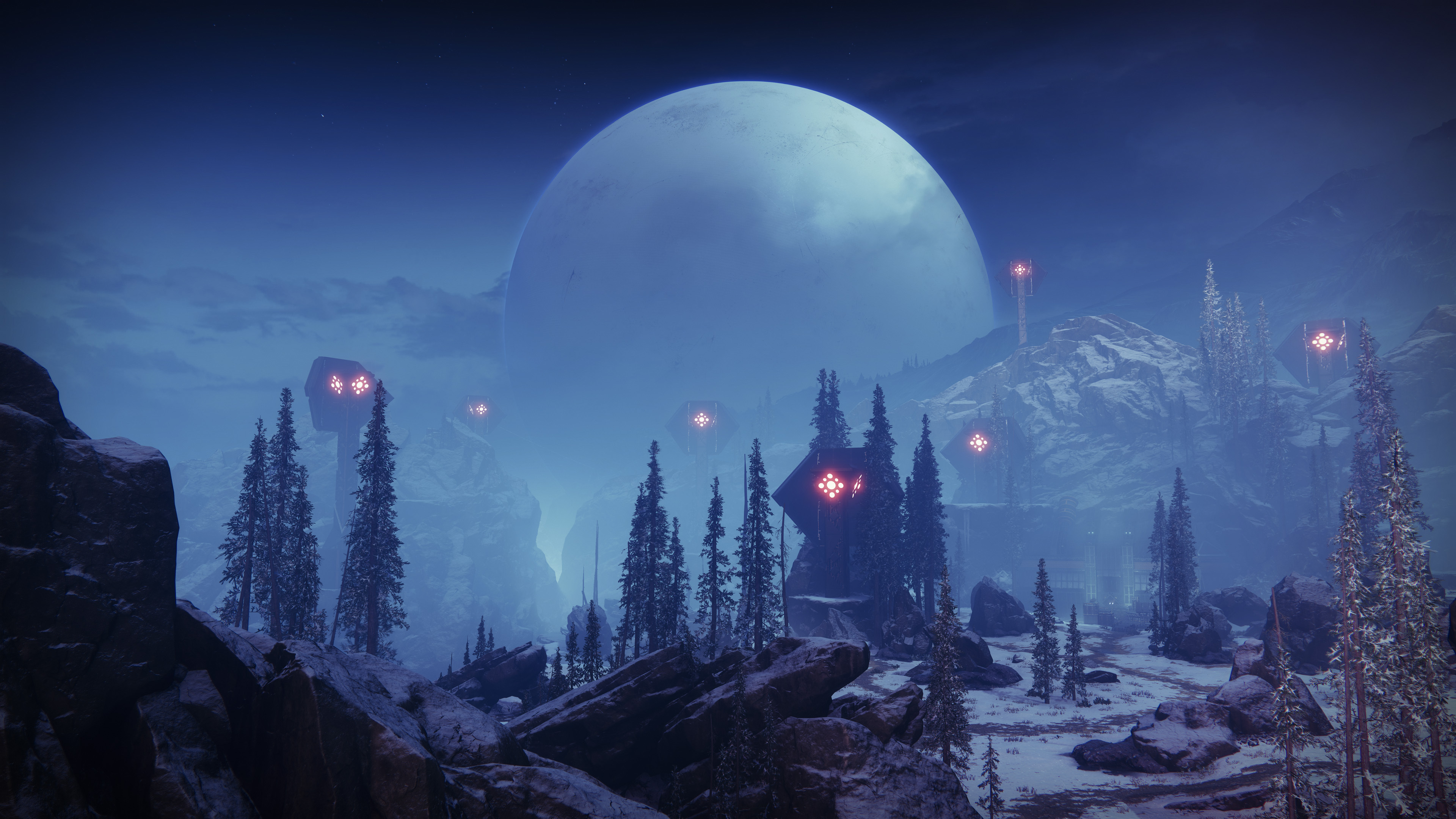 Heist Battlegrounds
Seraphs have deployed to multiple destinations to infiltrate Braytech facilities, bypass advanced defense systems, and neutralize hordes of Wrathborn. Your security clearance has been granted and your Seraph fireteam awaits, Guardian. 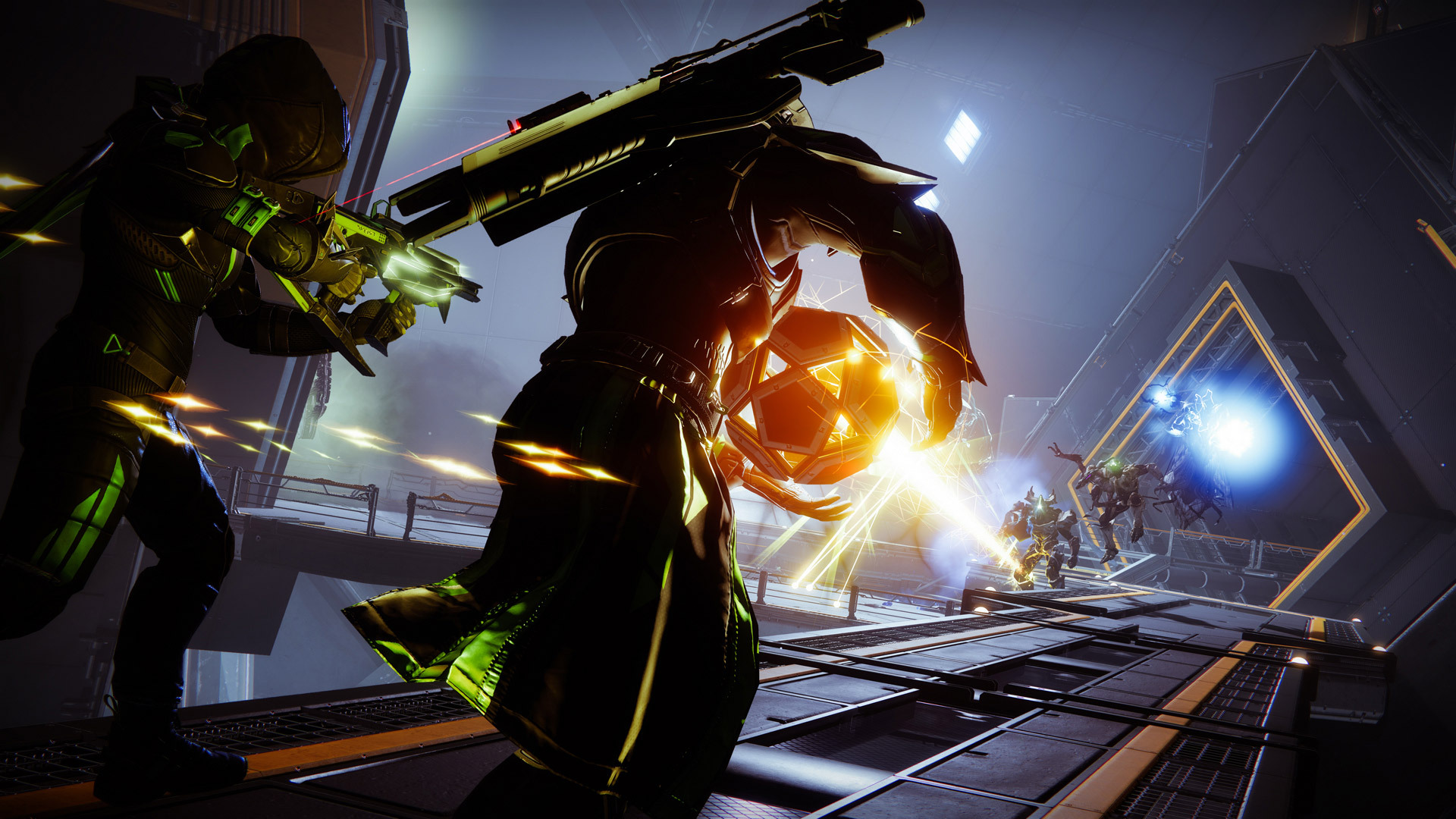 Operation: Seraph’s Shield
For this mission to succeed, Guardians must gain access to the most impenetrable facility in the solar system: a Braytech orbital platform above the Last City. Break through layers of security each week and awaken the Rasputin before it's too late. 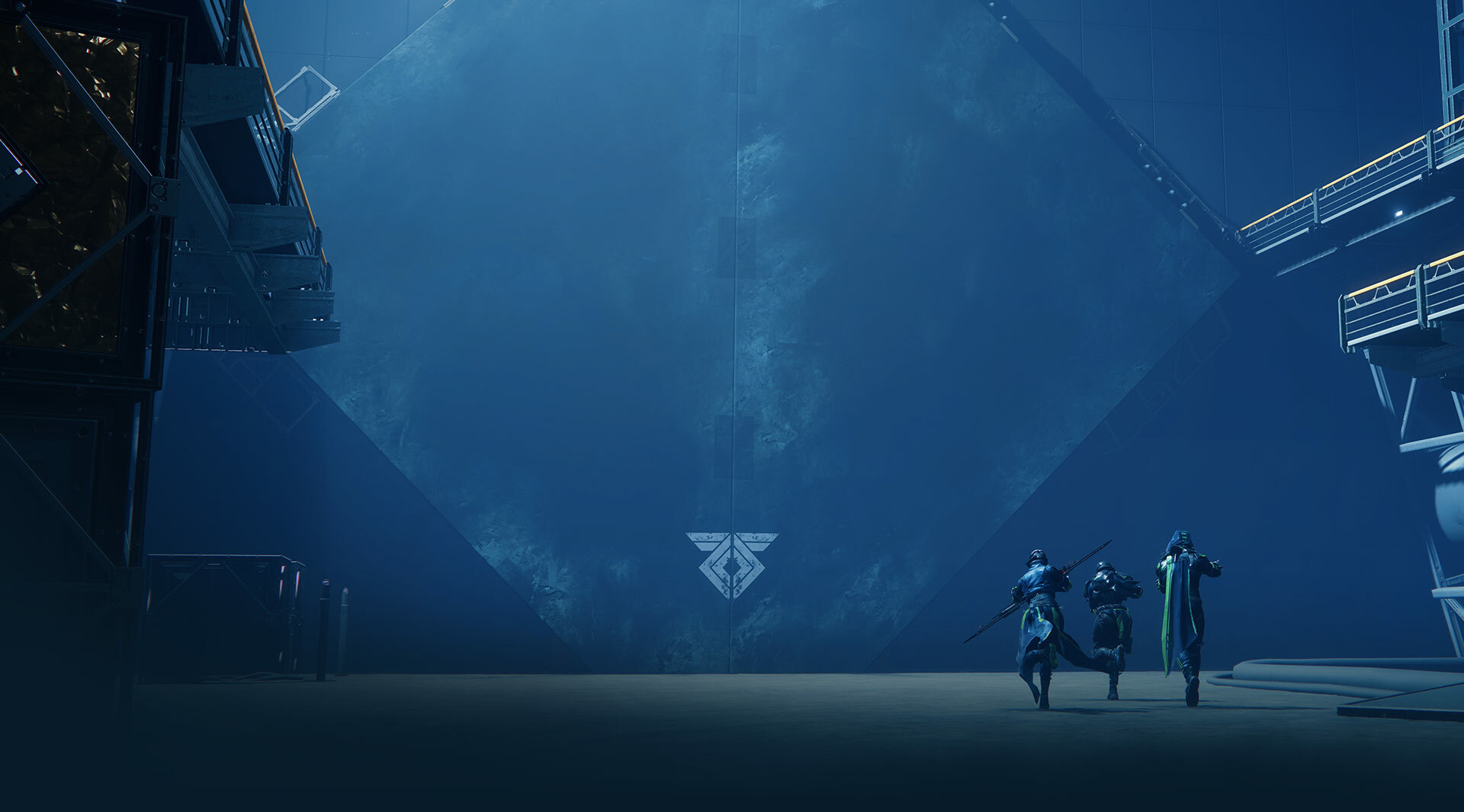 Revision Zero
Once deep enough within the orbital platform, Guardians will reach the weapon known as Revision Zero. In the weeks following its discovery, multiple catalysts can be acquired, each adding to the mysterious Exotic’s power. 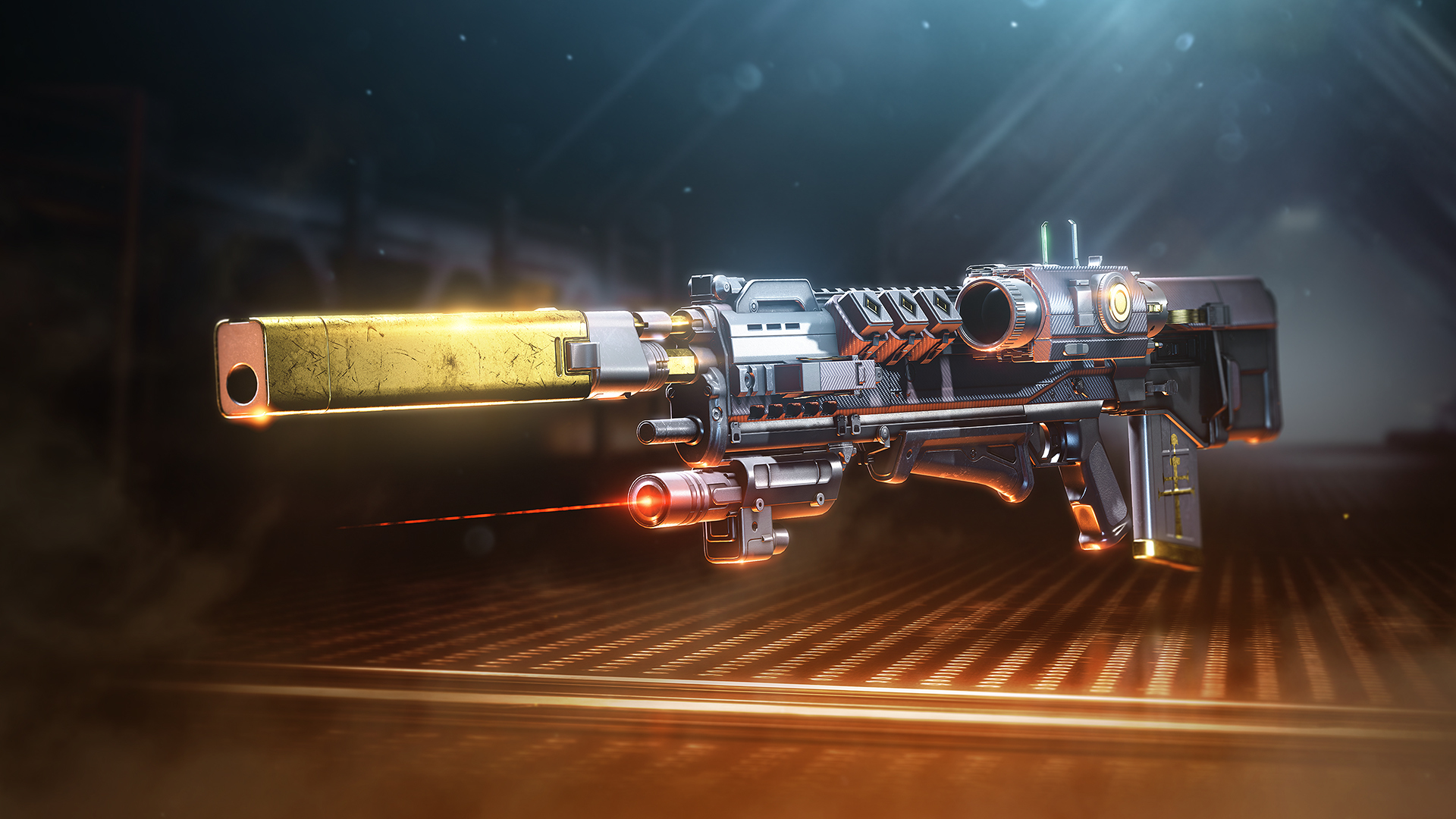 Classified Technology
Leap into the Light
Bungie and Ubisoft join forces to bring Guardians and Assassins face to face. Join a pantheon of legends with new ornament sets now available in the Eververse store. 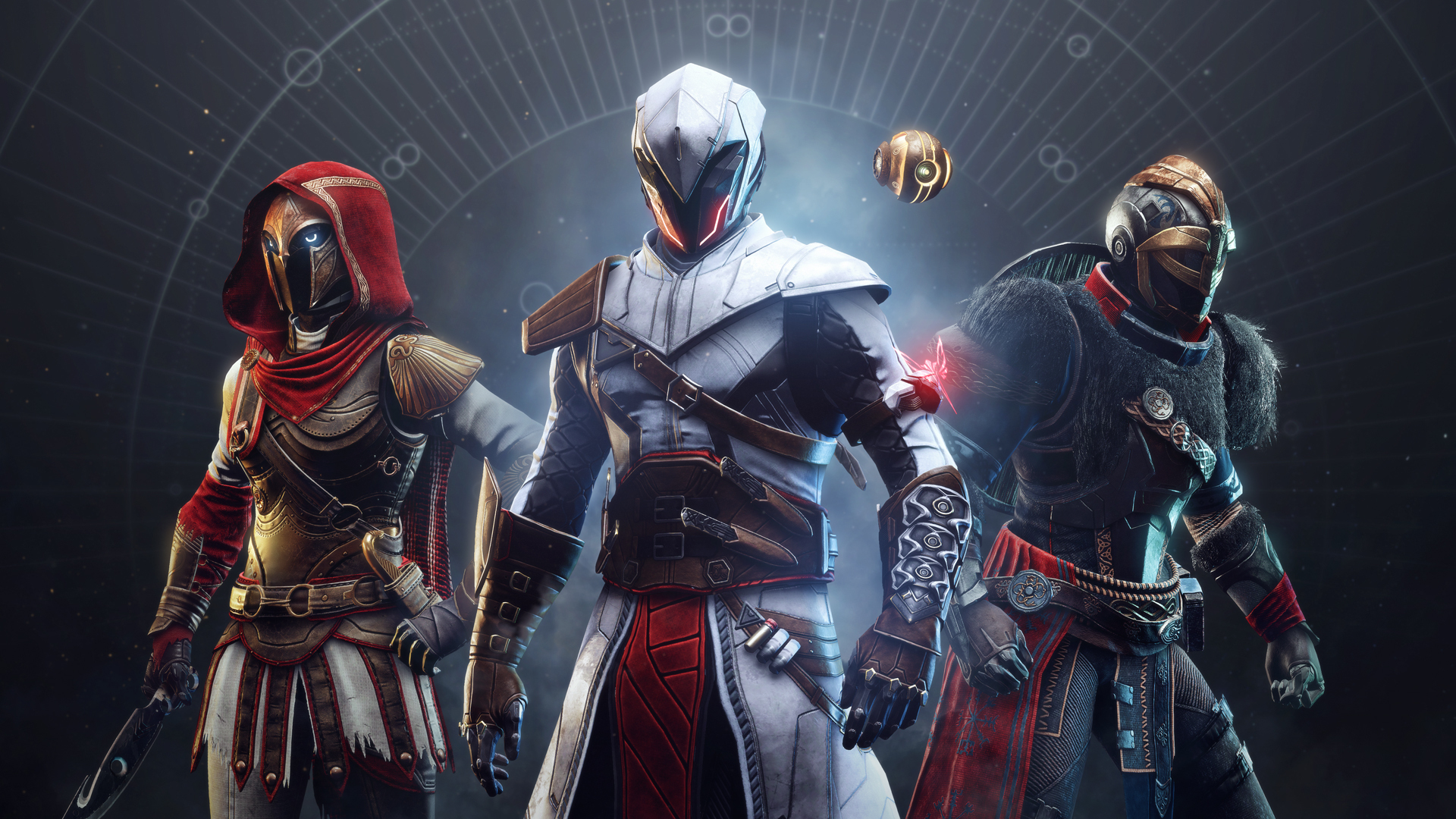 High Voltage
Shield yourself with armaments infused with Arc and force your foes to stand and face the light... ning. 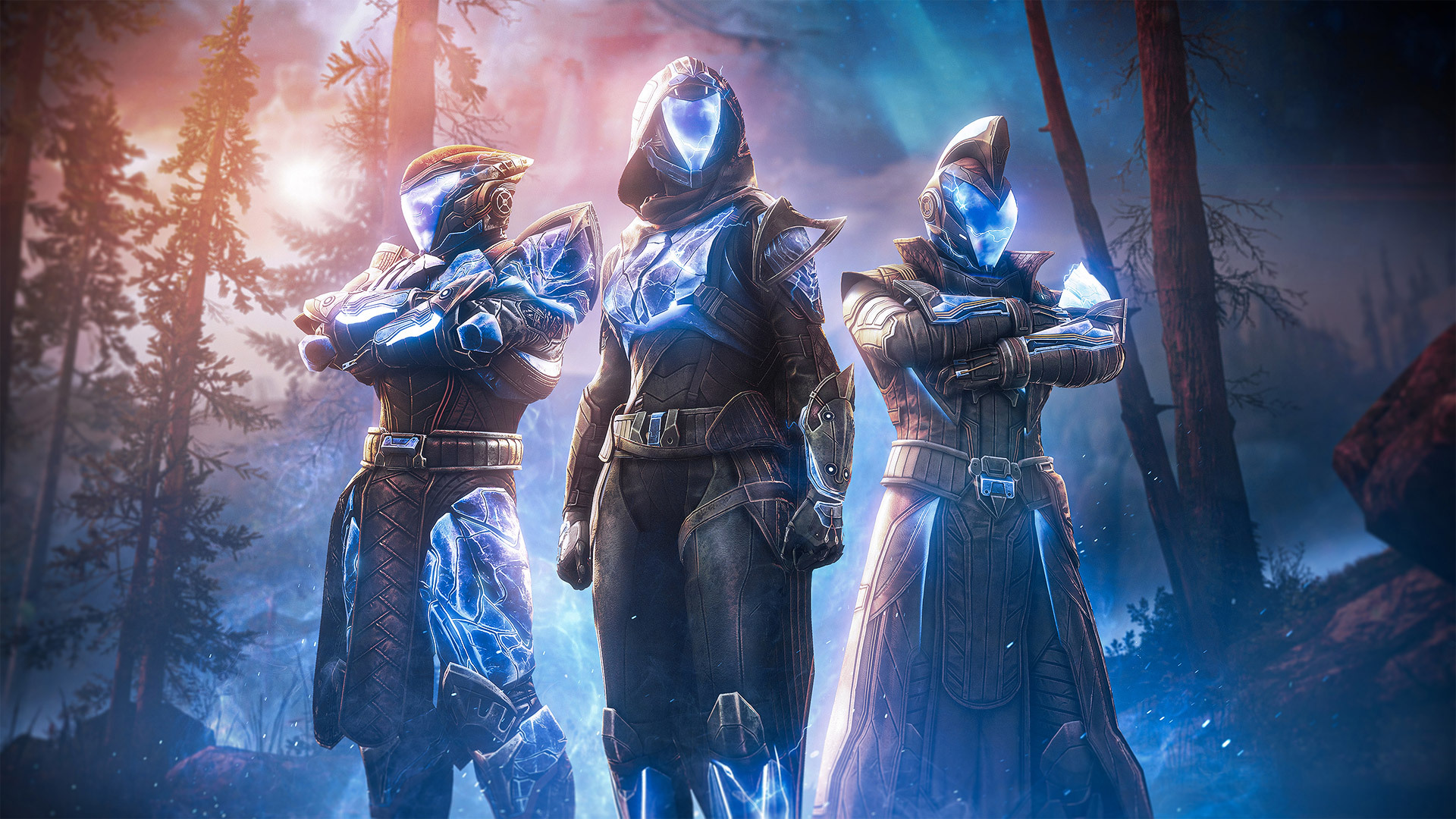 Guardian Seraphs
State of the art Vanguard equipment made with precision for the finest infiltration fireteams. 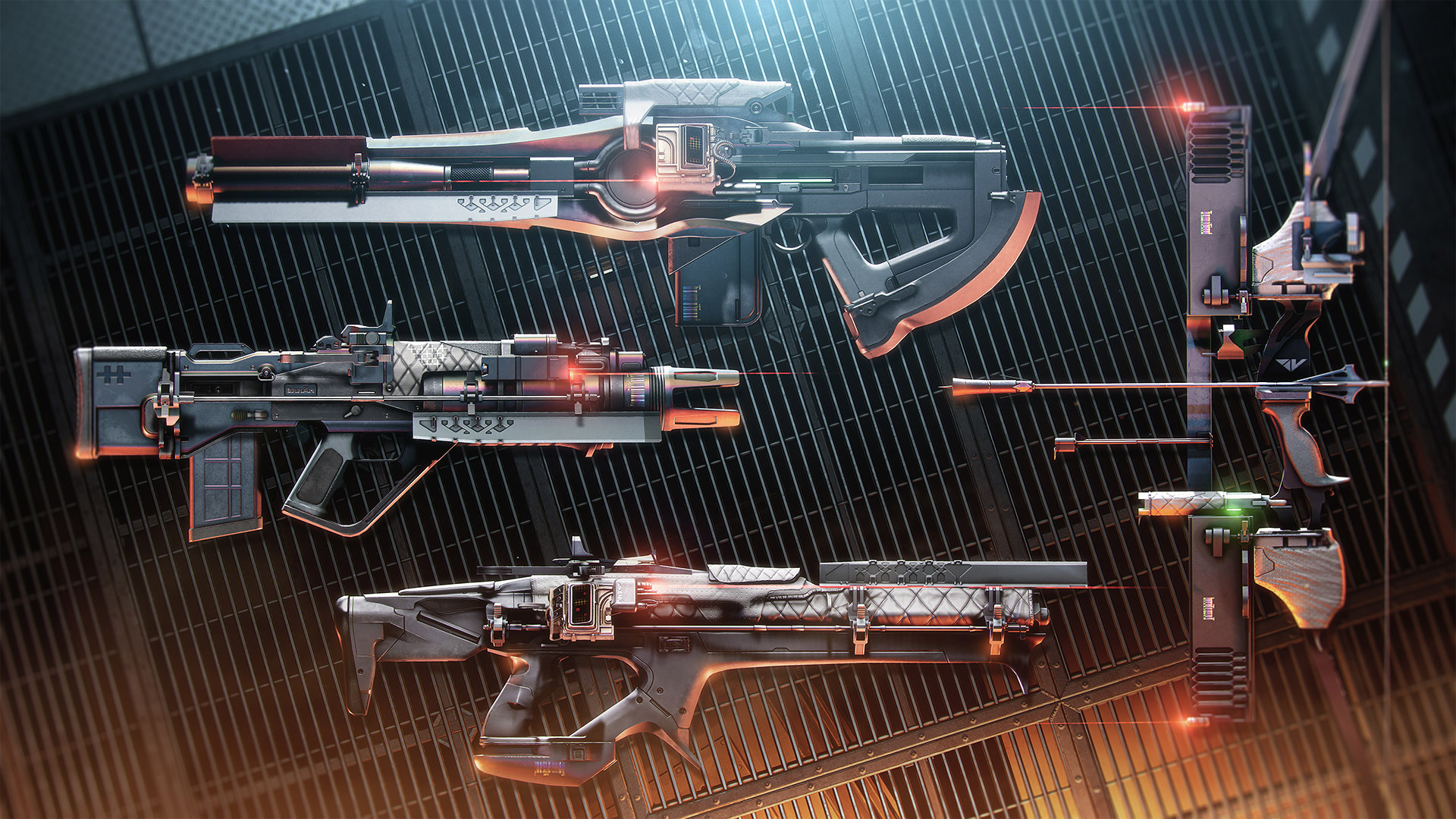 Rose Hand Cannon
One of the first Legendary rewards available in the new Crucible Competitive Division. 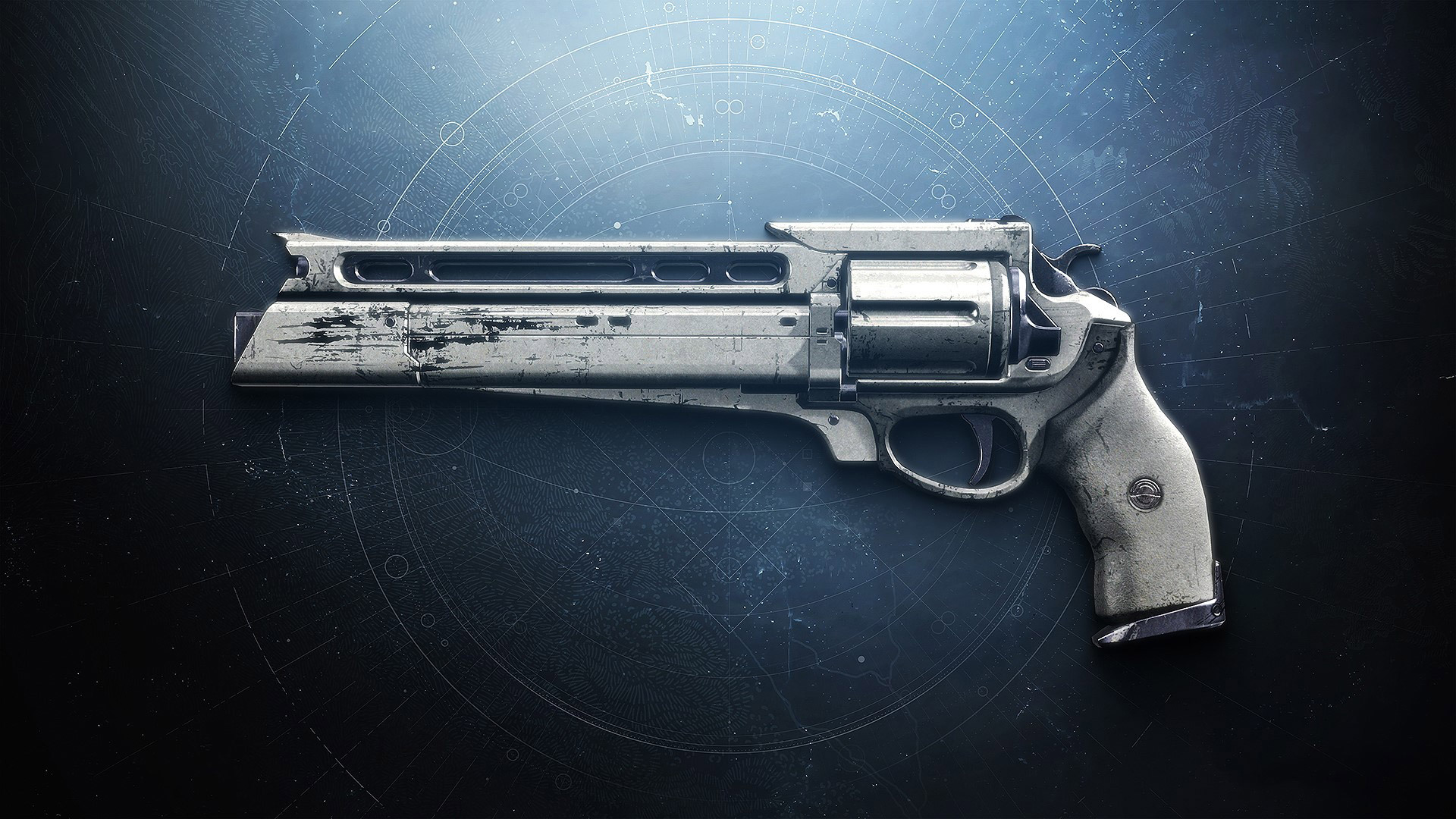 The Wolves Howl
Wear the mantle of an Iron Lord and make Valus Forge proud. 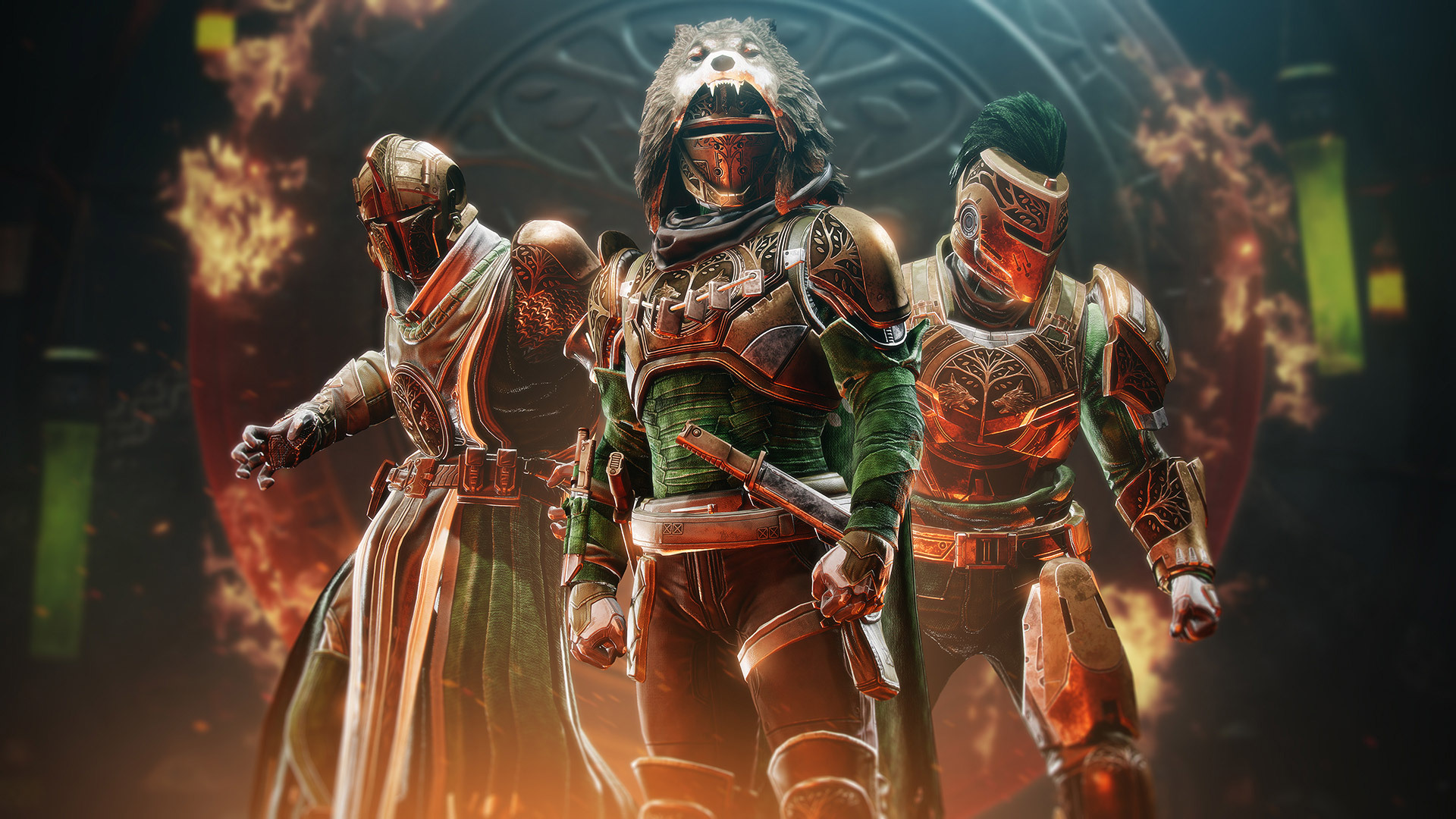 Moments of Triumph
As the final Season of Year-5 begins, reflect on all you have accomplished and seize the moment to add to your impressive collection of victories. For although the journey begins anew, our triumphs are with us forever. 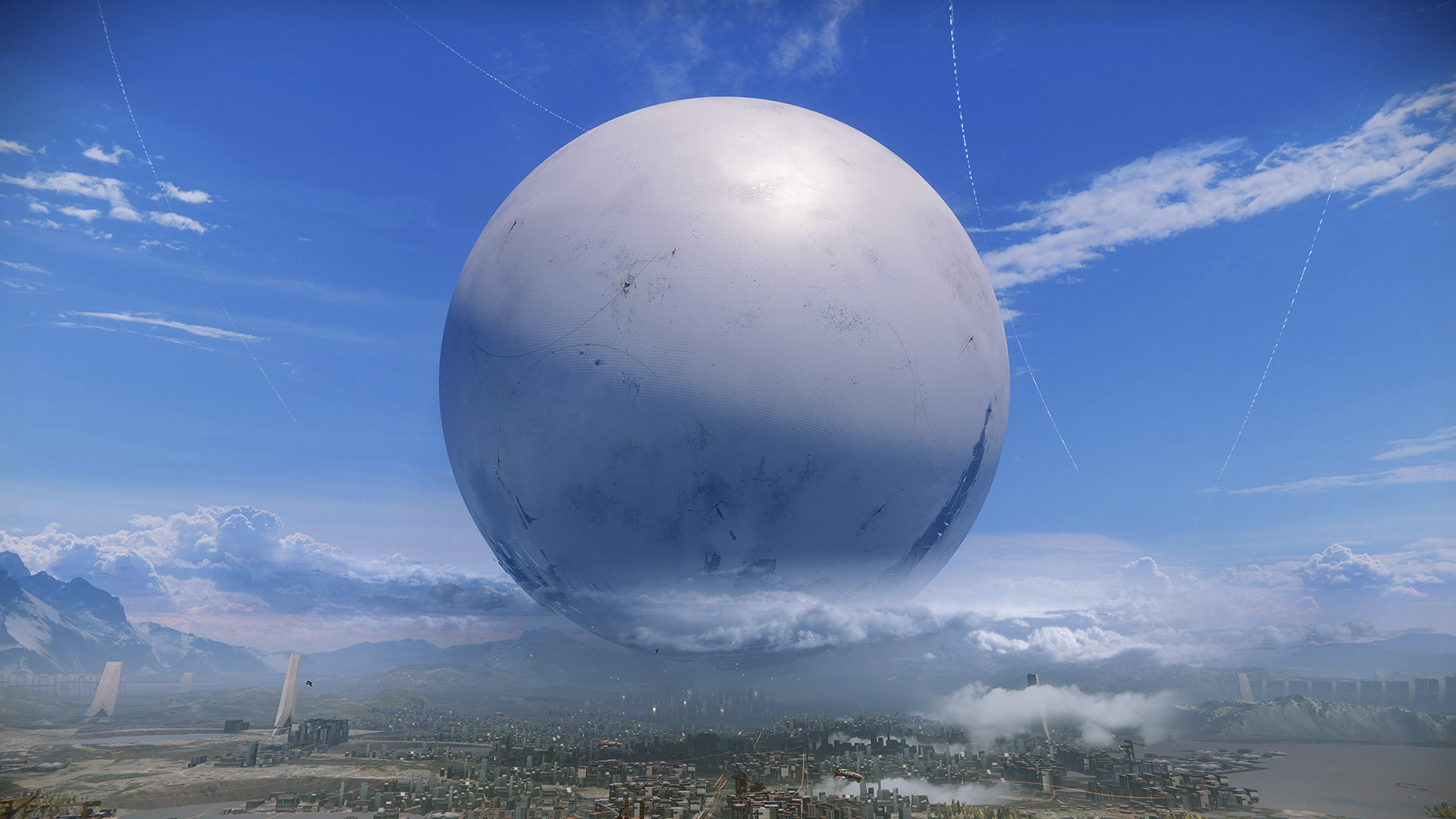 MMXXII
Celebrate the year by visiting your favorite destinations and conquering new and long-postponed challenges with a fervor that inspires future Guardians to greatness.

Bungie Rewards
Complete the raid and dungeon Triumphs to unlock an exclusive patch. There’s also a new Seal and Moments of Triumph T-shirt; all unlockable throughout the Season.

Exotic SMG
Add the catalyst and rank-100 ornament to The Manticore and strike at your foes with its venomous roar. 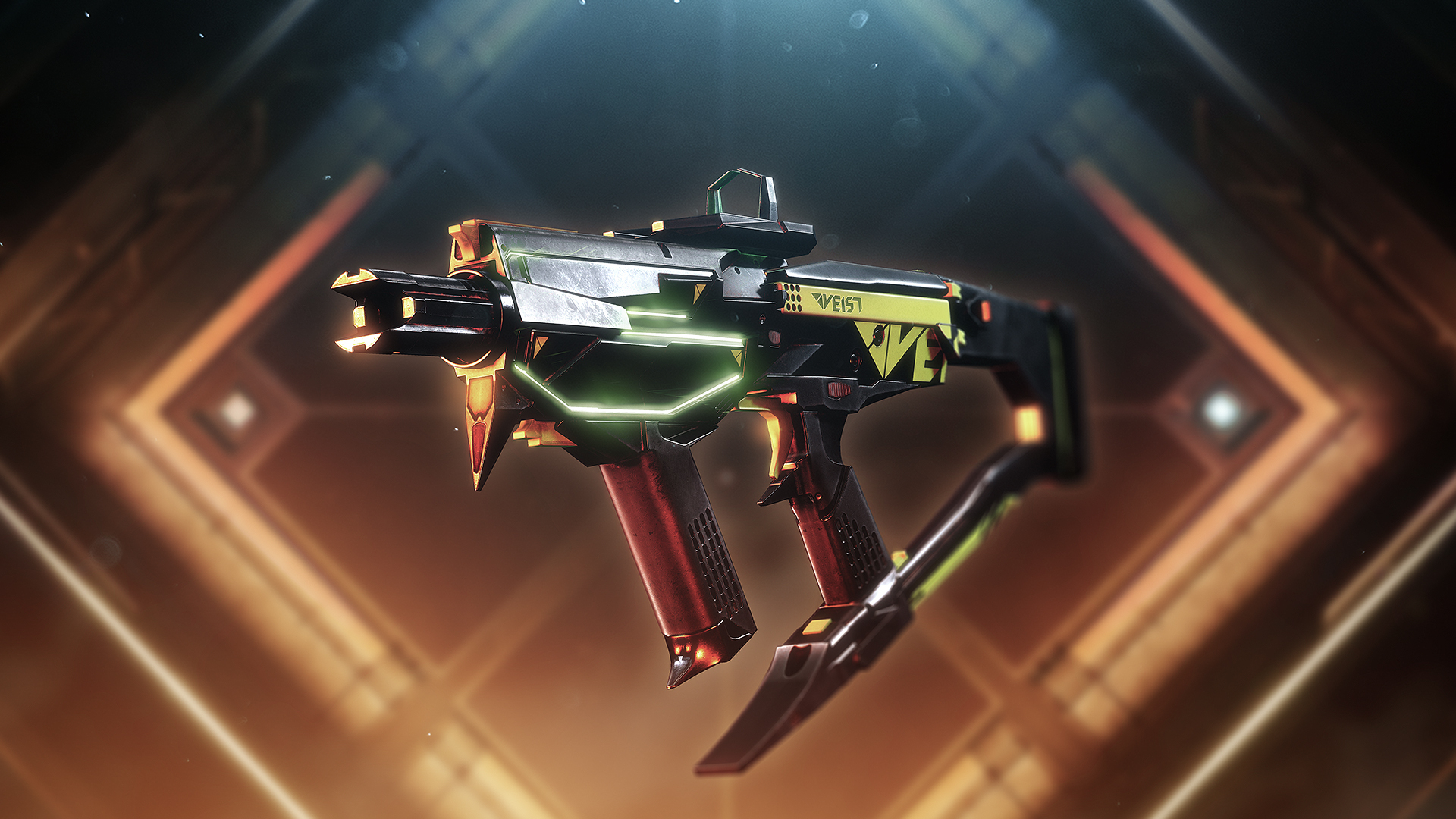 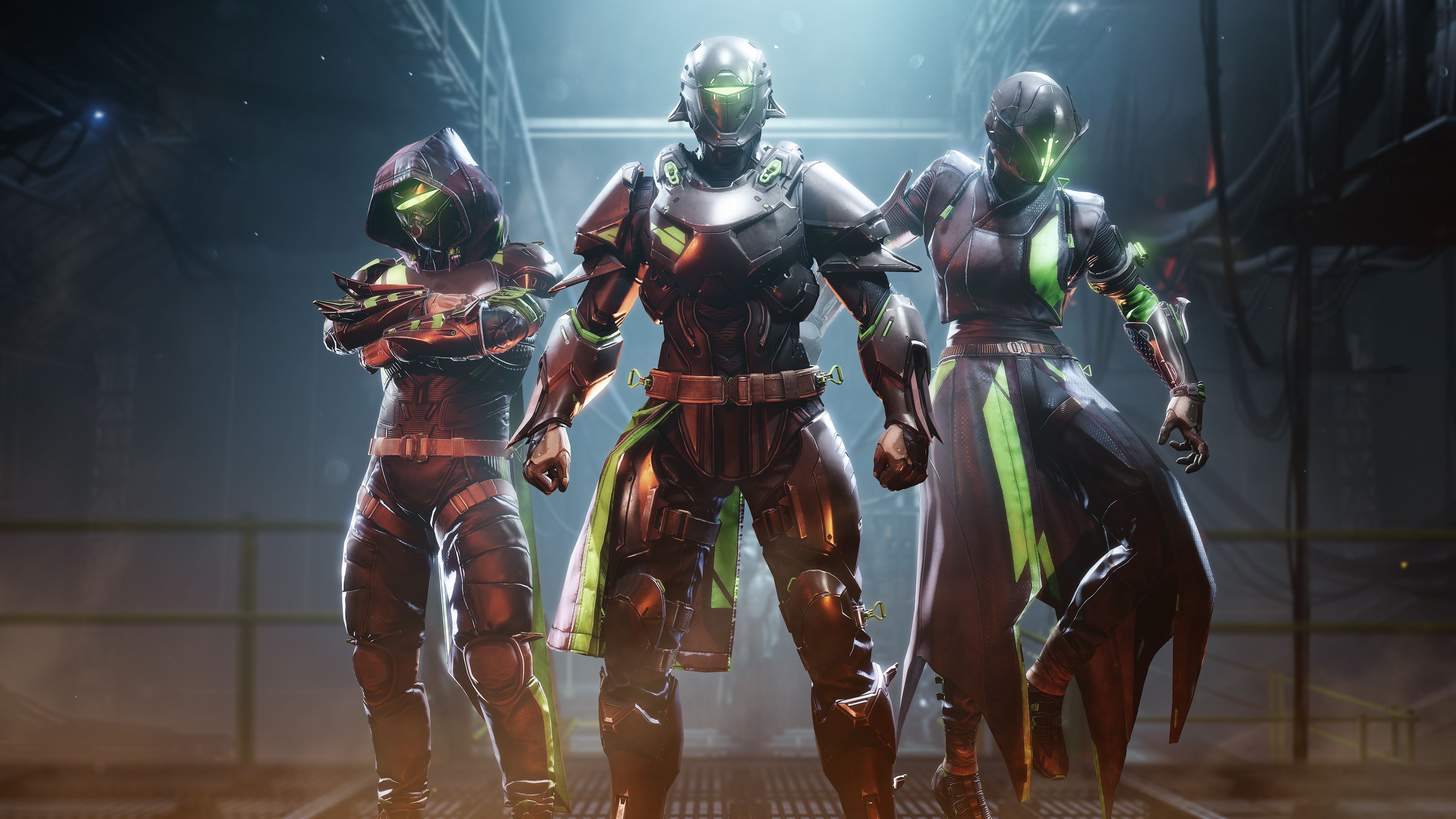 Destiny 2
2,001
146
This Week at Bungie - 12/01/2022
Dec 1
Now that we’re back from Shanksgiving, we’ve got a few more things we need to wrap up before the new year ahead. Not only are we talking about our latest adventure into unknown lands, this time channeling incredible characters from one of Ubisoft’s most iconic franchises, we’ve also got a sneak peek at even more weapon tuning ahead, a fresh look at some new gear, and the community weapon ornament voting has begun with a special sit-down with the artist herself to talk about the process coming later this week.


Here’s a quick rundown on what we’re going to be chatting about this week before diving right in:


Let’s get into it. Full TWAB can be read here[www.bungie.net]:

Destiny 2
1,128
128
Can not contact servers - Returned to orbit.
Happens in lost sectors on Nessus after being inside for 2 minutes, every time. EDIT 1 : No error codes, no networking issues on my end. Just got of the phone with the ISP, they say its all "A-OK" on their end.
28

How to get a gf- Destiny 2 player edition
1. Uninstall game 2. take a shower
243 ratings 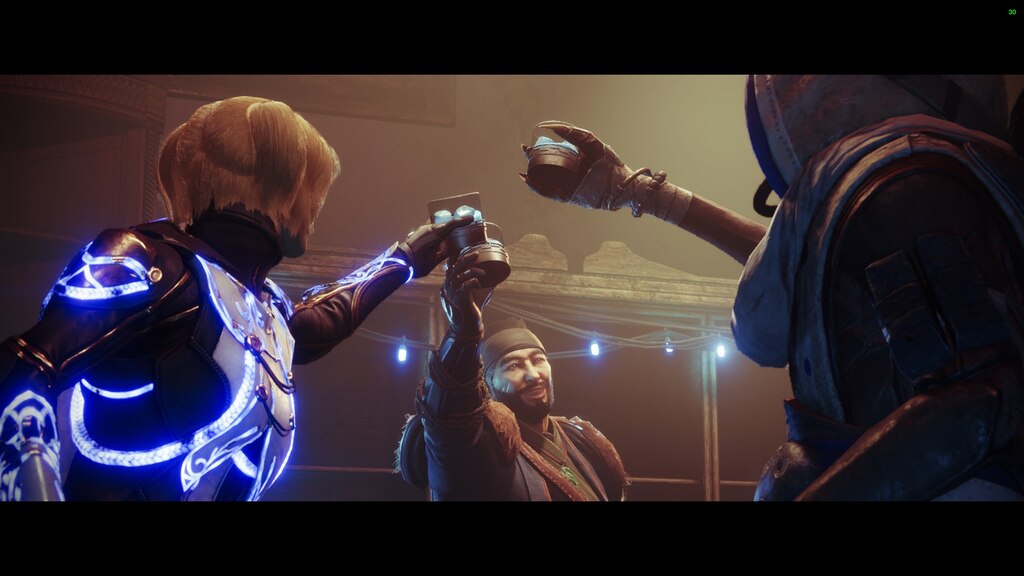 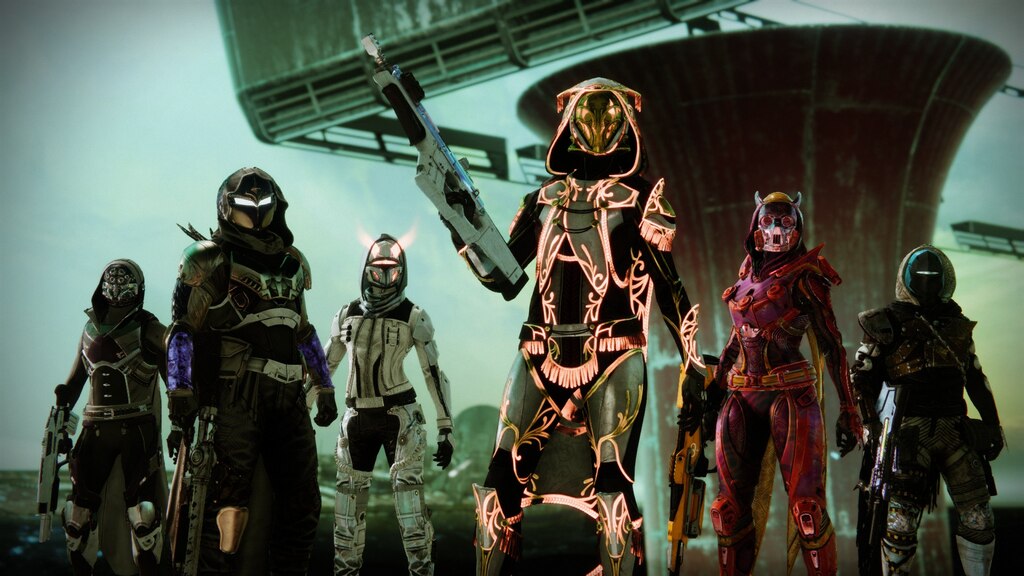 Recommended
124.6 hrs on record
I am a 44 year old father, probably one of the oldest people playing this game. I am a single father to my son, who is now 14. My son recently started this game and in less than a week, he had already played for over 20 hours. This was terrible for me, as it was already hard enough for me to spend time with my son, as he is always out with his friends or just watching videos on Tiktok. So I decided to make a Steam account and get this game to see if I could maybe play alongside him. I loaded into the game, did the tutorial but I was stuck on what you where supposed to do. I asked my Son for help and he hosted a game for me to join. I loved it as it was the best time I had spent with my Son since my wife had died. This game has ever since brought my son and I closer again and now we actually spend time together outside the house as well. This game reminded me that there's fun to be had in everything, and it has brought both me and my Son many happy memories.

Not Recommended
2,982.3 hrs on record
The state of the game is at its worst since release.

PvE has become a joke and PvP is hell on earth.

Balance updates are too infrequent and when they occur, are questionable at best.

It is unclear who they are trying to cater the game to given that new players don't stick around and the changes are alienating semi-casual and hardcore players.

Terrible systems keep getting added that punish you for trying to use the mechanics that exist in the game.

PvE has been reduced to grenades.

PvP punishes you for moving, trying out something new, or "getting gud".

Bungie constantly goes back on their promises and has lied in their blog-posts and announcements, such as how their objective was to renew the focus on gun-play or that you would be able to hit shots in air if your aim was good.

Optimization has degenerated and the game constantly is plagued by myriads of bugs that the developer takes far too long to address.

If the status quo is maintained, do not partake. 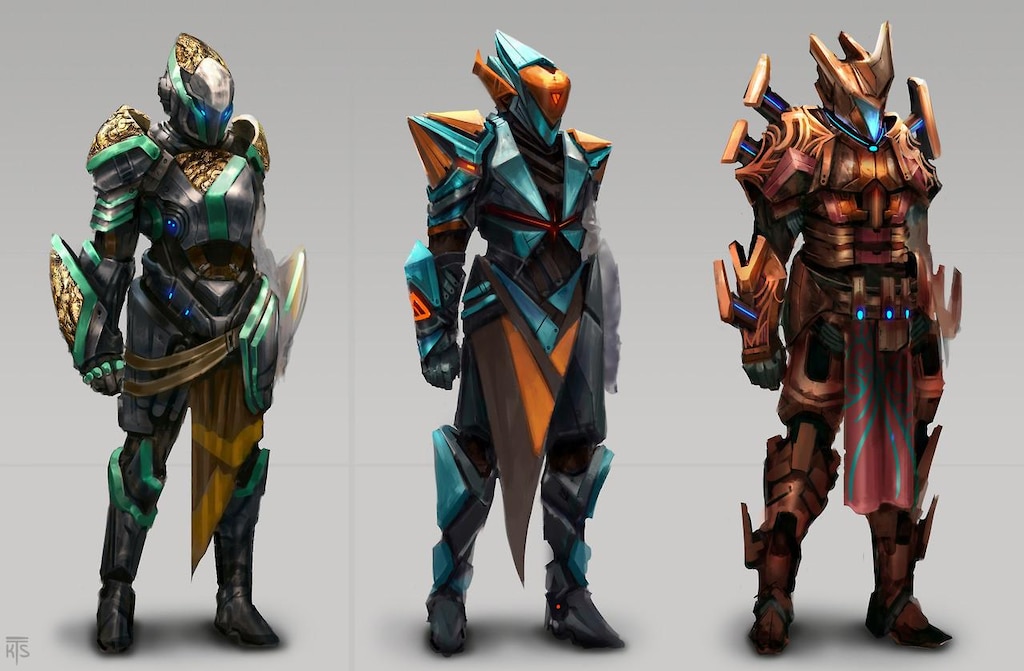 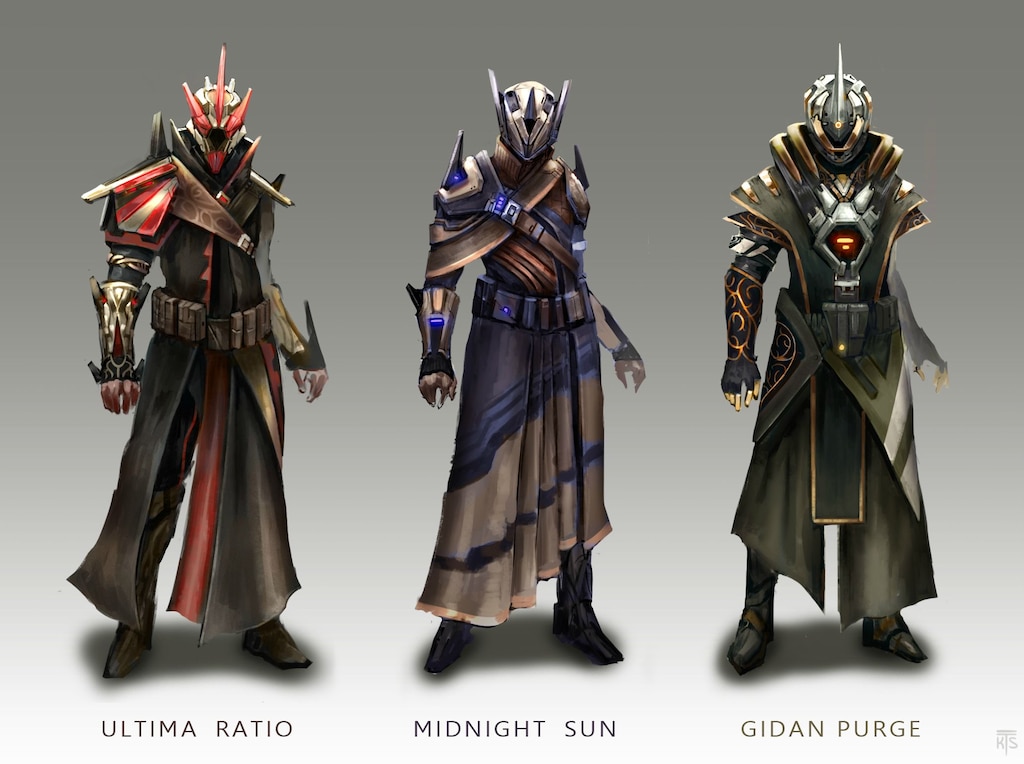 Not Recommended
1,074.9 hrs on record
TL;DR - poor design decisions, a seemingly dwindling player base, and game imbalances. Bungie no longer deserves my money.

I have over 1000 hours invested into Destiny 2, and yesterday I made the decision to uninstall the game and wash my hands of it. I will not be spending any further money on the game.

To be fair, the stuff that Destiny 2 gets right, it does very well. The story is interesting and engaging, and the co-op elements are quite good. Clearly, given my time in the game, I found something that I enjoyed, and I have definitely gotten my money's worth. New content is added on a regular basis, although that does require a corresponding regular injection of cash (paying per season, or paying for regular season passes, DLCs, etc).

The problem is that even with all of that, the game eventually becomes a chore. Seasonal content is doled out week by week to spread the story out, and fair enough on that. But it does mean that once you complete the weekly stuff, and eventually the seasonal stuff, the game devolves into a grind of end-game content which starts to feel limited in scope. Sure, there are some challenging activities and end-game Raids, but you need dedicated teammates for much of it.

Most of the time, it becomes about chasing weapons and armor to get the perfect roll to eek out a slightly better stat build. But, for what? To be a bit better at the same raids or activities? It becomes a pointless self-perpetuating grind. Sure, knowing you overcame a challenging activity is great, but after the first time through, the second and third times feel less compelling.

So then players can turn to PvP for something to do, and the real nightmare begins. It is here that the sense of futility really sets in. Imbalances are felt everywhere. This weapon type versus that weapon type. This class versus that class. This subclass versus that subclass. This build versus that build. Mouse and keyboard versus controller. The more I play PvP, the more I get the feeling that I am being funnelled towards a small subset of builds and gaming choices in order to be competitive. There is the illusion of build options, but that is quickly dispelled.

Which would be all well and good if matchmaking worked well. The recent return to skill-based matchmaking did help a bit, but it only goes so far. The PvP player base seems very shallow, and so the matchmaking system has to make concessions in order to form games. Yesterday, I had a match where I, a casual PvP player that is ranked far down the rankings, was matched against someone ranked in the top 0.1% in the world. The results were predictably painful and hilarious, and that was the last straw for me.

Don't get me wrong, I am not upset about other players being better than me. If someone plays the game with that kind of time and commitment they should be better, and I tip my hat to their skill. But I don't want to see them in a match. I want to jump into PvP and play against others my level so that even if I lose, I feel like I am contributing and progressing. Getting slaughtered over and over by a Jedi-master-level player because the matchmaking system struggled to fill a lobby simply isn't my bag. This happens often enough to be noticeable, and thus even PvP feels like a pointless waste of time.

There are plenty of Destiny 2 players on YouTube lamenting the declining player base and these other problems. They are sounding the alarm bells, and I now see why. This is coupled with Bungie's propensity for making what seem like asinine decisions about game balancing and content. Yes, they have reversed course on the much maligned sun-setting decision (for example), but the fact someone at Bungie was actually paid real money to make such a silly decision in the first place is telling.

All of that has led me to conclude that Bungie no longer deserves my money. I am voting with my wallet. There is plenty to like in Destiny 2, but I am no longer going to play it, and no longer will I recommend it to friends. 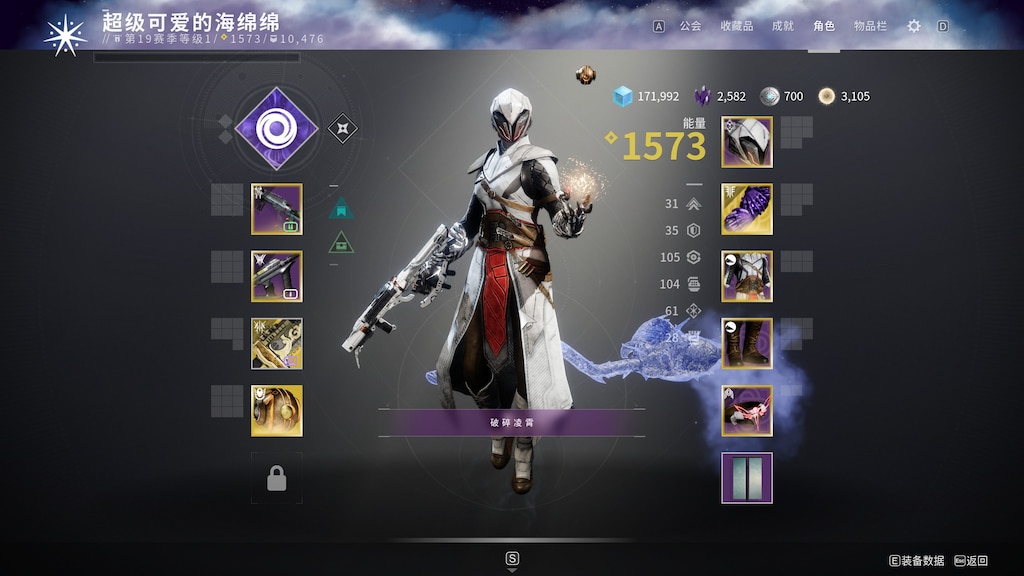 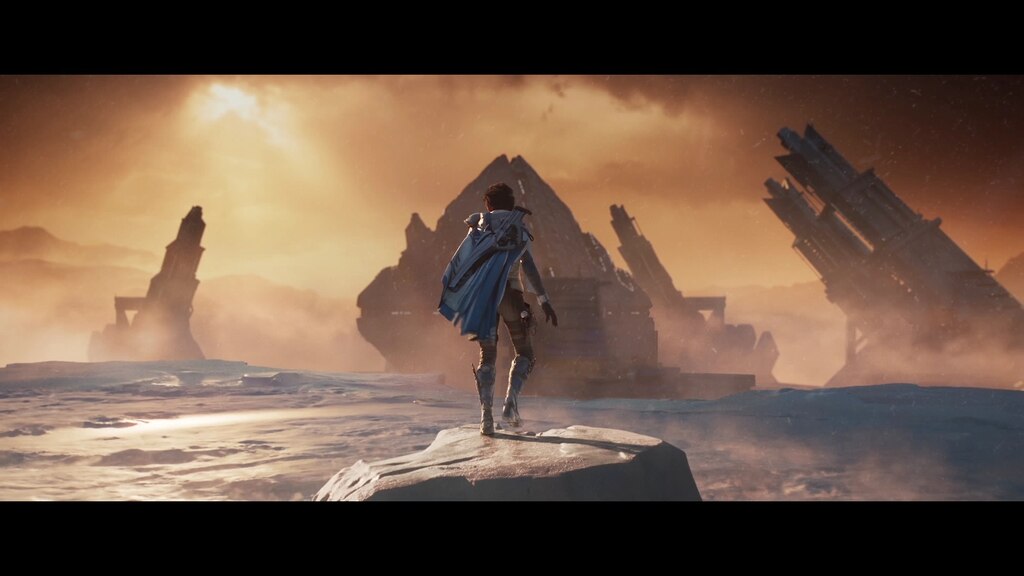 Resonance Amp all 12 hidden Warmind Nodes
Season 19 - All the Resonance Amp locations. Doing activities and opening warmind chests will reward you will Resonate stem which you need to Combine 4 of to generate an Override Frequency. You can combine them in your inventory ... 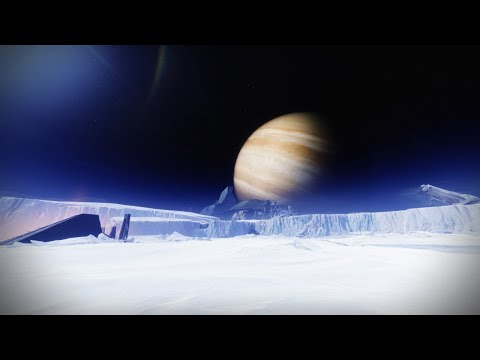 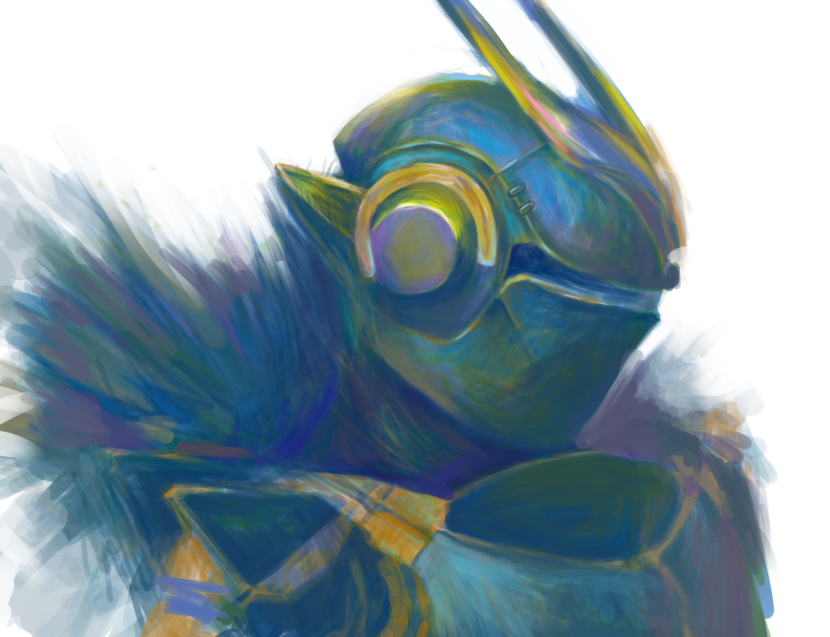 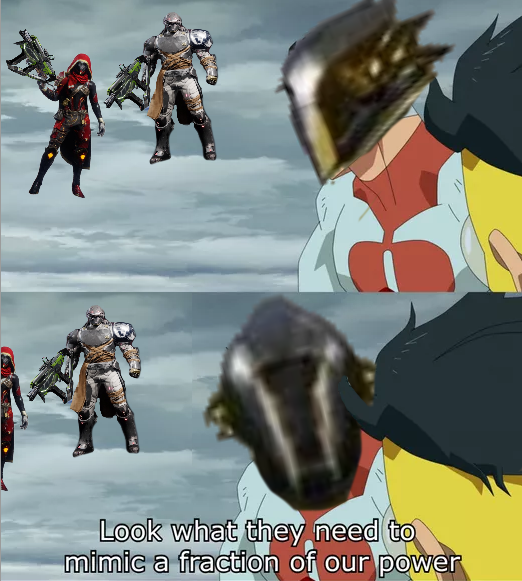 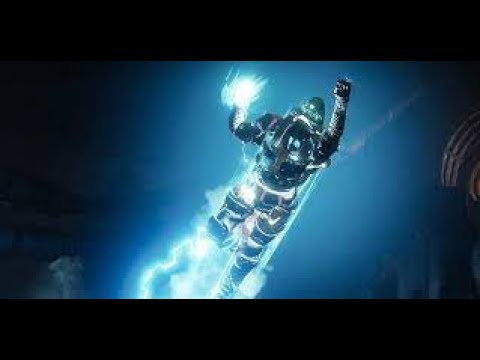 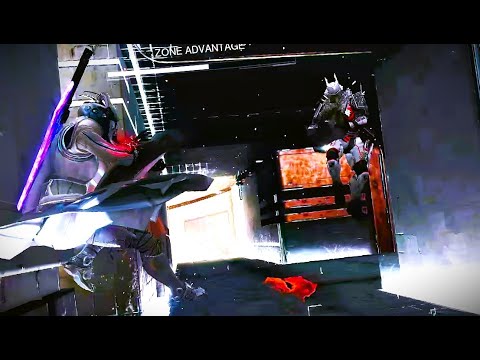 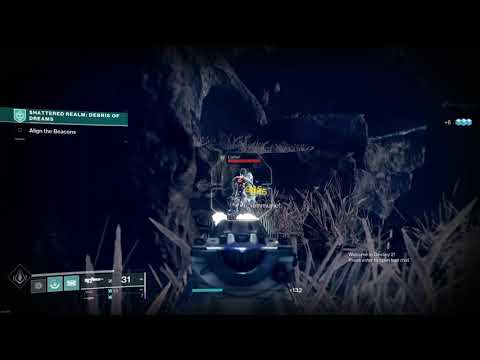 Quinnell
View videos
Weasel attacks once again?
or is just me?
21 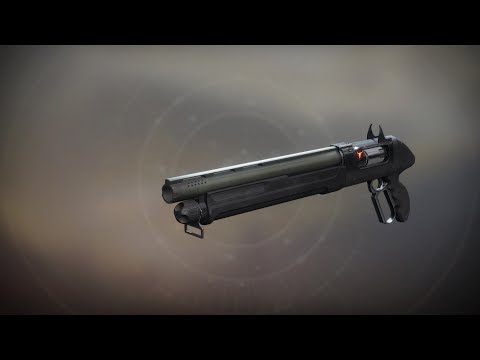 0
1
Chaperone is gonna be popular now