Discover the secrets of the Calamity, a surreal catastrophe that shattered the world to pieces.
$14.99
Visit the Store Page
Most popular community and official content for the past week.  (?)
I can not heal
When I press F nothing happens it is me who does something wrong or is it a mistake in the game.
2

Secrets Achievements
There's 5 secrets achievements, and here i'll describe how to get them. They are secret cause you cannot see them at the main list of achievements, such like in Sonic Generations, Half-Life 2, Borderlands and Fallout NV, it's not a Steam bug, it's suppose...
954 ratings 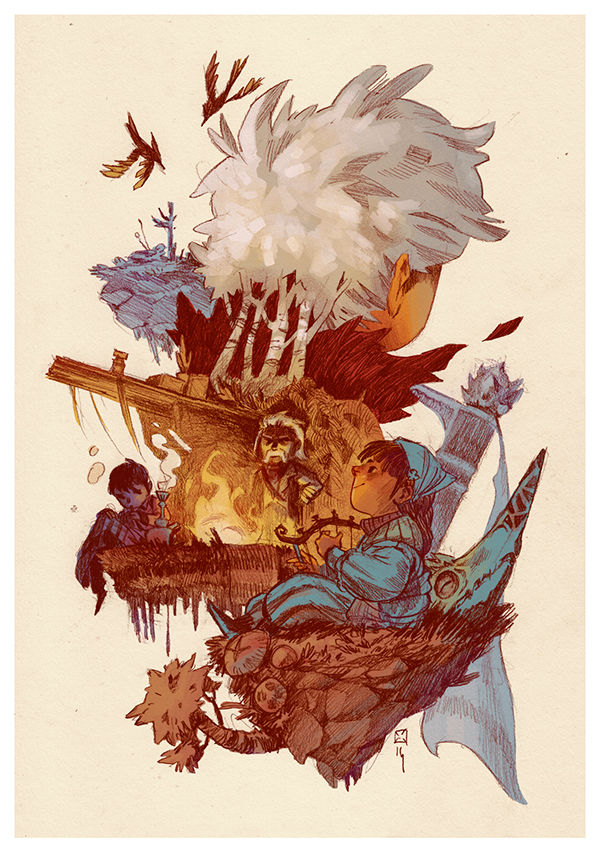 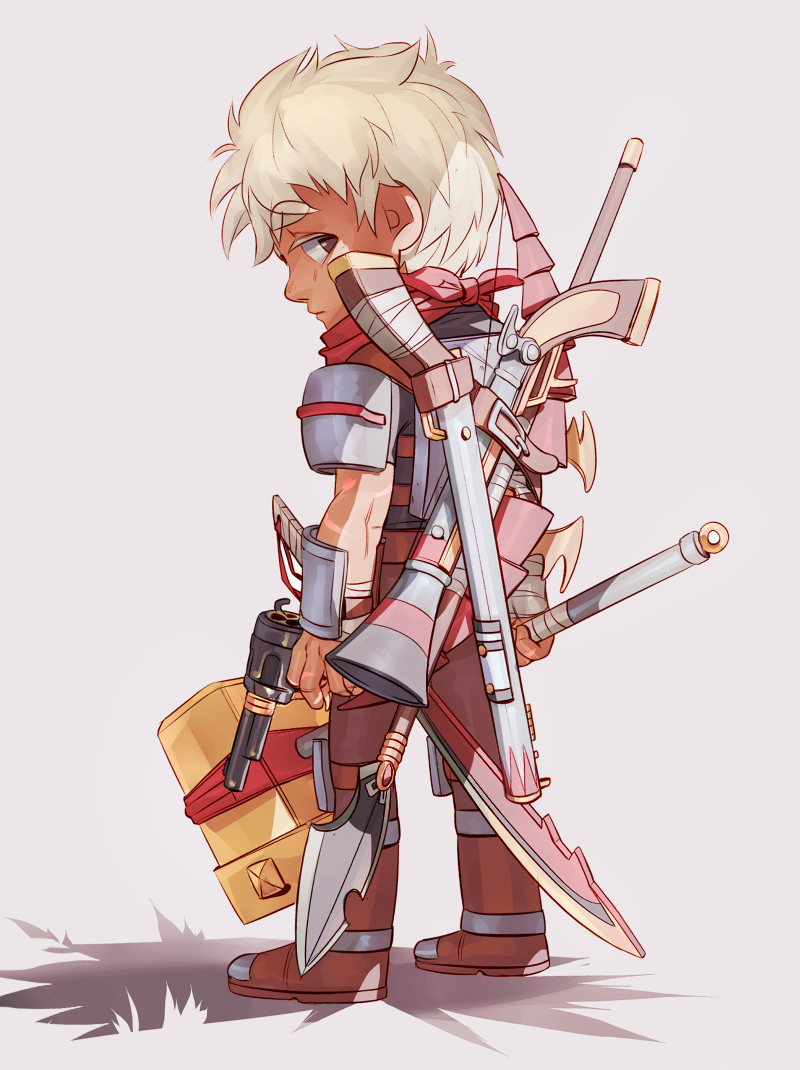 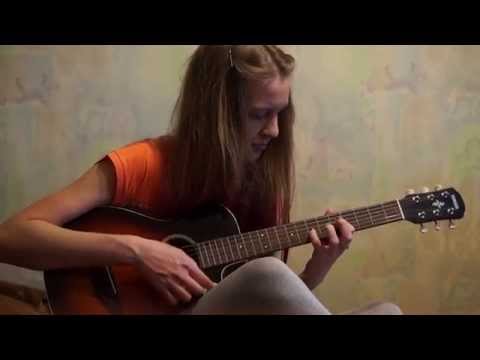 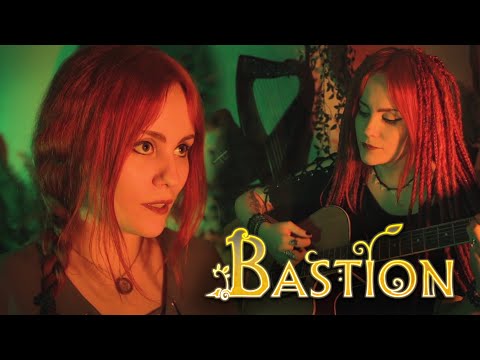 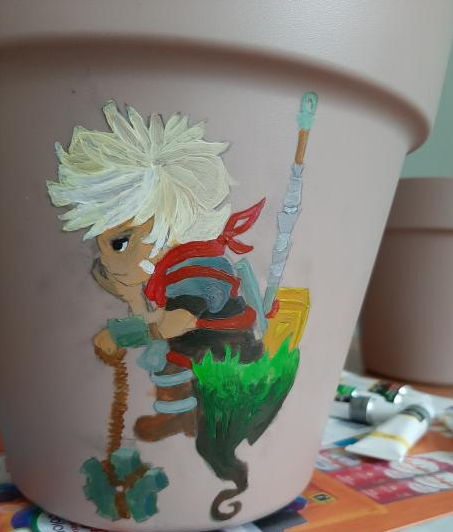 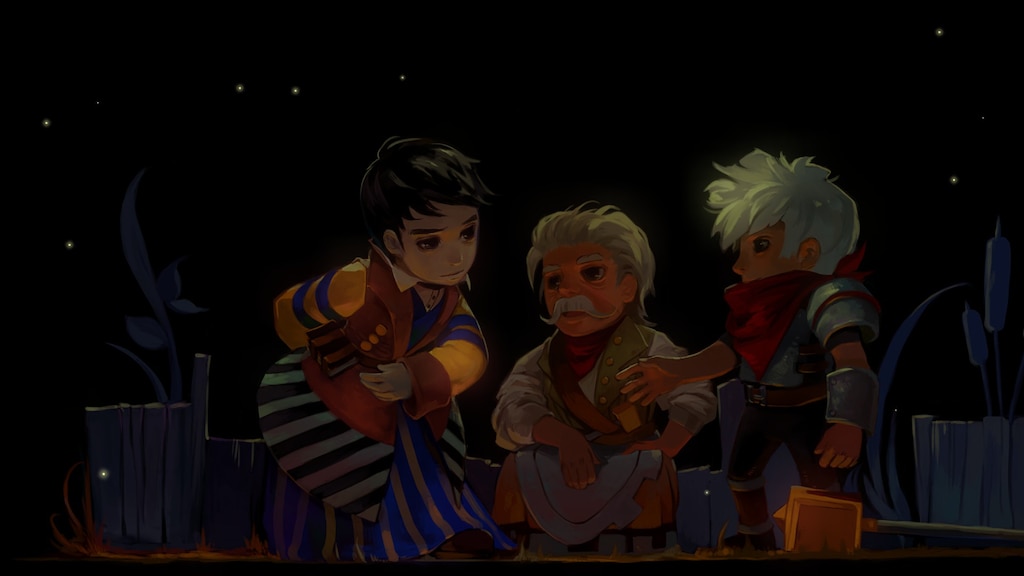 Recommended
41.2 hrs on record
Tl;dr: If you're used to games that play like Legend of Zelda, this will not disappoint. Get it.

On the surface, the gameplay reminded me of another RPG-lite I used to enjoy (except that was an MMO), with its limited (2) weapon slots, shield (albeit directional and indestructible in this game), and top-down hack-and-slash combat. It turned out to be so much better though, with quality narration, unforgettable music, fleshed-out worldbuilding, and even toggleable debuffs for extra challenge. While I probably wouldn't say it's one of the best games ever made, it certainly has turned out to be one of the most fun titles I've had the fortune to play. I'm impressed that an indie studio managed to output something that feels almost on-par in quality with (the good) AAA titles of its time.

The gameplay is very fun. You only have 2 weapon slots, a secret skill, a dodge-roll, and a shield, and this is more than enough to handle most situations. You can upgrade your weapons (to boost damage/reload speed/etc.) if you have enough Fragments and weapon-specific materials, and you can even damage enemies by timing your shielding to perfectly counter their attack. As you progress through the story, you find new weapons and skills, sometimes being forced to use them for a section or so before having the option to switch back to a loadout you prefer. You can prove your mastery of each individual weapon (including the Bullhead Shield) at a relevant Proving Ground, where succeeding can see you gain an upgrade material for the weapon you proved yourself with, a material for a different weapon, and a skill unlock. You might need to upgrade your weapons somewhat to get the top prizes for some Proving Grounds. There are "Dreams", replayable gauntlets where you survive 20 (or 30 for the final Dream) waves of enemies, interspersed with narration of a character's backstory. There are "spirits" (buffs) you can apply, capping at 10 possible buffs altogether if you manage to level up fully. If you feel that the game is too easy, you can always purchase (one-time) and activate Idols to apply buffs to enemies, such as dropping a grenade on death, deflecting attacks, lowering your speed if they land a hit on you, contact damage, etc. The only drawback to activating all debuffs is that it narrows down your customisation options for weapon choice for many encounters, and favours a DPS/glass cannon approach.

The world has an Old Western vibe to it -- ironic, as the story's main focus (the settler city of Caelondia) is in the East in this fantasy world. (The game has plenty of mini-jokes like these, one of my favourite is when the letter X is described as a strange letter, but that even strange letters have their uses as you couldn't have a mailbox without one.) To add to this atmosphere, an important part of the lore is how the settlers entered into conflict with the indigenous people of the continent, an underground-dwelling civilisation of people known as the Ura. (This also fits the Old Western theme very well.) The story takes place around 50 years after this war has ended, and follows a Kid trying to find some way to survive the Calamity (which is exactly what it sounds like), hunting down glowing rocks to power the titular Bastion. Personally, I loved the carefree action of the second act where you stalk your way through the Wilds at the outskirts of the city (at one point the Kid hunts an Anklegator that he may have been told scary stories about when he was younger), but the start of the third act devastated me. I had to stop playing for a while, but the ending of the game more than made up for it in the end.

Other than gameplay and worldbuilding, I don't know what more there is to say. The game is already HD, and has an amazing soundtrack (purchased separately). There's nothing I can fault the game on. It's a lot of fun for a relatively small package. 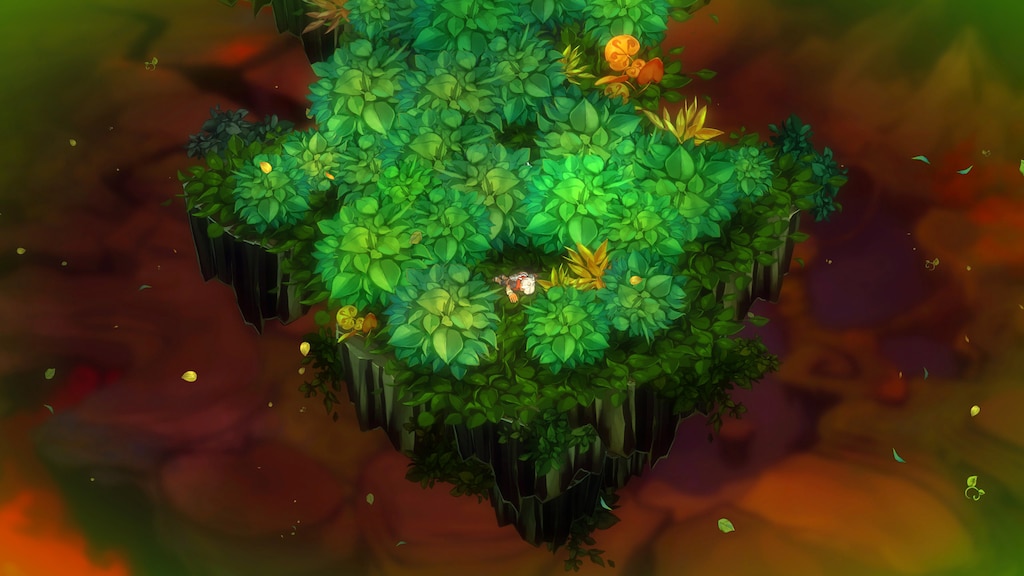 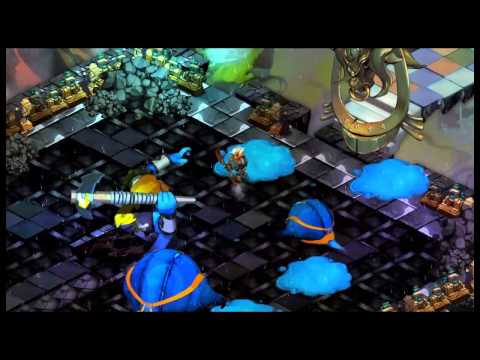 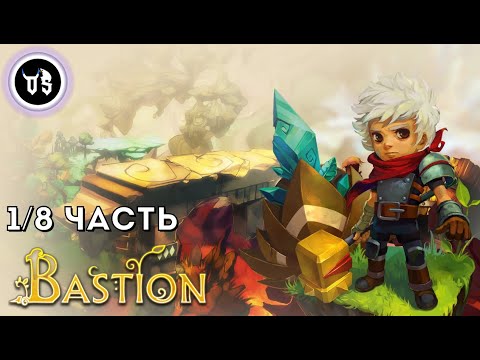 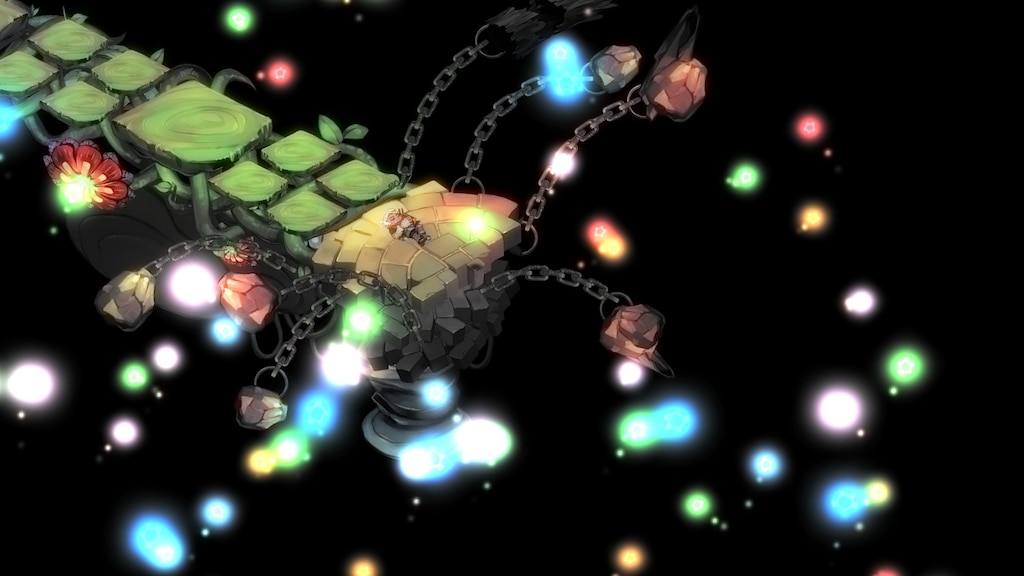 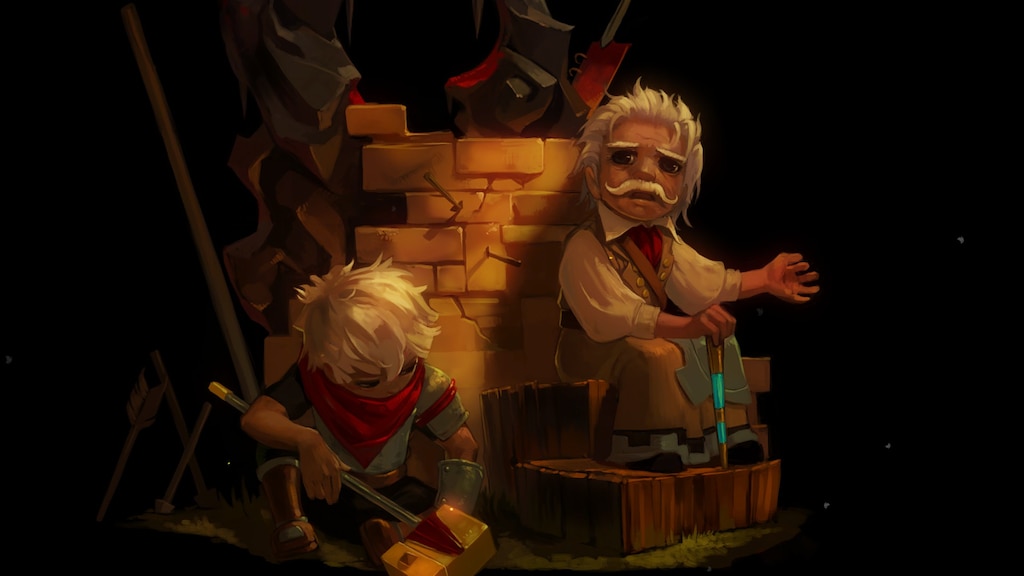 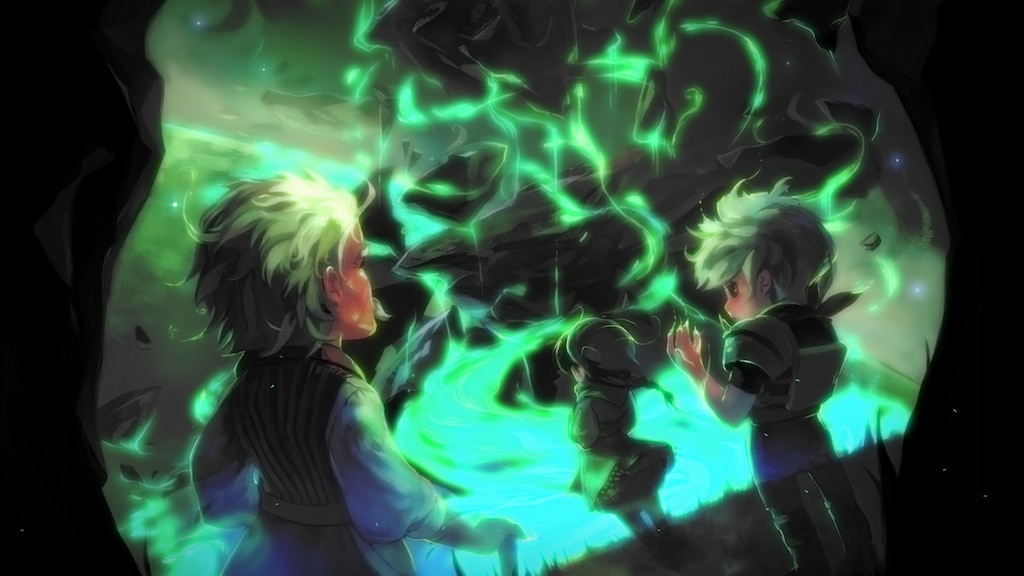 Con D. Oriano
View screenshots
No one has rated this review as helpful yet

11:57
31 products in account
0
Soundtrack Disappeared
I am no longer able to find the soundtrack in any local files. I have reinstalled the game, and neither Steam/steamapps/music (where the Pyre and Hades soundtracks live, among others) nor Steam/steamapps/common/Bastion contain it anywhere. Attempting to browse local files from the soundtrack's Library page gets me nothing at all....
3

Auridan
Apr 27 @ 6:13pm
General Discussions
Bastion Questions
1. Was there any pre-order/limited time/exclusive/old save content? 2. Is there anything permanently missable (even the best rank for failing a special condition)? 3. Does the Steam version have all the content of the other releases?
5

joeymeboy98
Apr 4 @ 12:00pm
General Discussions
Games that play like Bastion?
When you check steam's recommendations or google this you get pretty random results, so which games actually play like Bastion? Isometric perspective hack 'n slash/beat 'em up with some crafting and/or skill tree/slots, leveling, some movement focus in combos and dodging (unlike Diablo), hub map with some non-linearity and some open-ended levels (or a more interconnected world), etc. I am not really looking for rogue-lites here, unless they are of the diablo variety where the world randomizes between playt...
12

residentleever
Apr 2 @ 7:22pm
General Discussions
Good Weapon Synergies?
Flopped around for a bit but settled on Bow + Machete towards the end of the game, full left branch on machete, first 4 left on bow with right for the 5th upgrade + Dancing Shot. Bow can then be used to stun dangerous/beefy enemies so you can catch them/close in safely to spam machete. Dancing shot just has really good tracking and benefits from the stun bonus for crowd control. Overall seems to shred everything pretty handily, machete easily deals with chaff like squirts as well as larger things, bow can...
8