Humans are long gone. Will your lumberpunk beavers do any better? A city-building game featuring ingenious animals, vertical architecture, river control, and deadly droughts. Contains high amounts of wood.
$24.99
Visit the Store Page
Early Access Game
Get instant access and start playing; get involved with this game as it develops. Learn more.
Most popular community and official content for the past week.  (?)
Nominate Timberborn for Steam Awards
Nov 22
The great Autumn Sale has arrived and you can get Timberborn 20% off!

Also, the coveted Steam Awards are approaching and you can nominate our game in the Labor of Love category above. This would mean the world to us. If you think what we're doing with Timberborn deserves such recognition, please cast your vote and spread the word! The voting ends November 29 so do not wait.

Let us bribe you with this definitely-not-doctored screenshot of an Iron Teeth couple enjoying the fruits of their love labor. 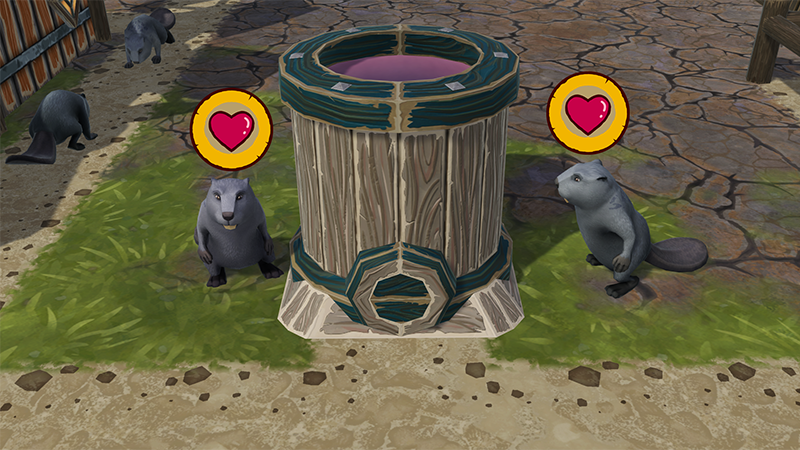 Thank you!
Mechanistry, a.k.a. Team Timberborn

Timberborn
710
18
Are there miniature droughts?
I'm working off the suggested plains map. One of the things I did was build a dam to allow water into the small hole in the starting area. About day 10 on cycle 2, the water in that "lake" dried up with no warning at all, with the river still flowing. Crops also dried up for no obvious reason on the same day....
3 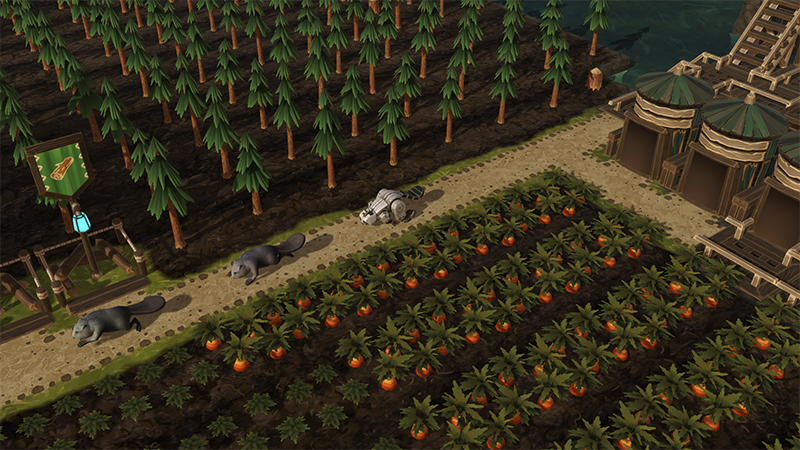 We were delighted to read your initial feedback under our most recent developer’s log. (And if you haven’t checked it yet, go ahead and do it now). Today, you get to play with the new stuff!

As you’re about to see, some things have already changed - both visually and mechanically - since we published the devlog. The iterations will continue based on your reception so let us know what you think! But before you fire up the Experimental Branch, an important PSA.

Saves created before Update 3 are not compatible with the new version of the game. This sucks, yes, and we try to limit losing save compatibility to the minimum - but it’s not always possible. With the reworked storage system coming with Update 3, it had to be done.

Patch notes: 2022-11-21 (Experimental)
To play Update 3, please start a new game. As a reminder, here’s how to launch the experimental branch. 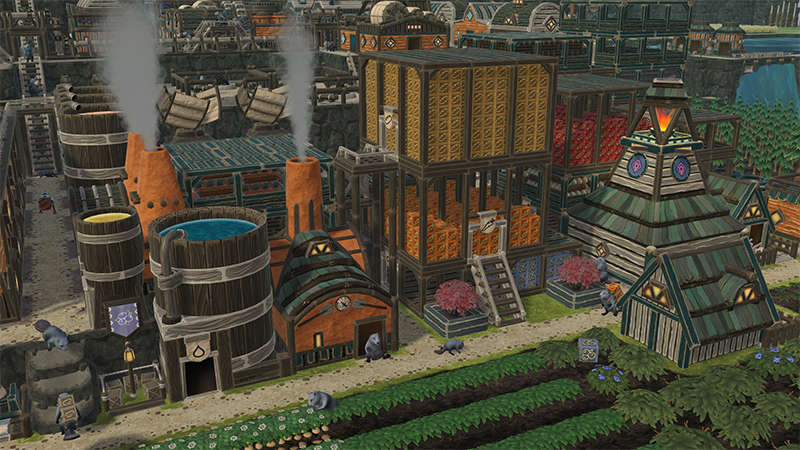 New storage system
We have redesigned the warehouses to work similarly to how many players already used them in the late game. The new system helps you avoid a situation where they get clogged up by an overproduced good and can’t take another (for example, with golem heads taking up the room you need for food). It makes it easier to manage resources across the colony, see what is stored where, and how much room is left for each good. Finally, the updated warehouses add more visual variety and encourage vertical building. Let us know how the new system works for you.
Recyclable buildings

One of the most anticipated features is here - you can now recover materials from buildings you remove. It feels great to see all your colony go up in smoke so go on, give it a try! Just remember that someone will have to clean that mess afterwards.
Golem (bot) redesign 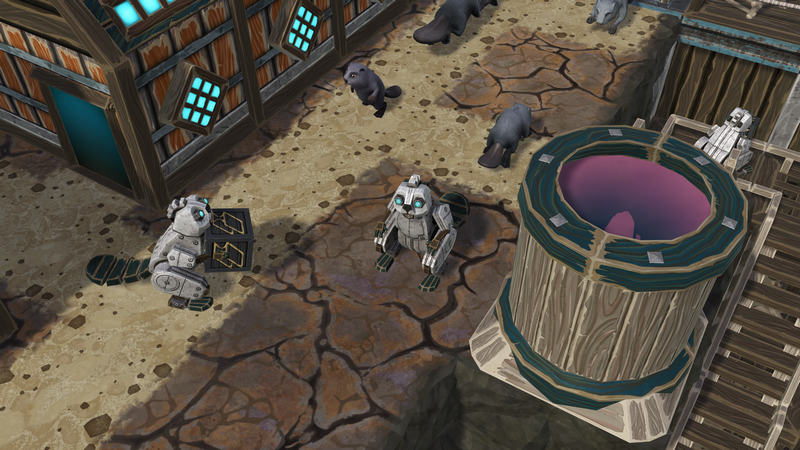 The golems are dead. Long live the bots!
Migrations

The Settlement Panel, especially the Migrations tab, needed a few more tweaks.
Built-in screenshot tool
We’re doing our part in the eternal war against screenshots taken with a phone.
Visual
In addition to all the cool changes related to the new storage system, we’ve brought the first of many changes aimed at making the in-game factions more unique. The scope of this project goes well beyond new visuals - read the Developer’s Log #6 to learn more.
UI
Misc.
Bug fixes

The Idiots Guide To Timberborn
A collection of useful tips, occasional madness and sleep deprived ramblings that will probably make sense, all gained by playing, failing and reading. Until 7am in the fluffing morning.
185 ratings

The_Mess
View all guides
Got Boring rather fast..
I like the game but I think there should be more to it, story line something, once you build a observatory and research #s go crazy and you open everything things get boring fast.. Then it's just what creativity you have to build something... I need more of a story line or something to strive for.. I wish we could just rent a game for 2$ that way we know what games will last threw time and those that will collect dust and forgotten.....
16

MasterOfDmx
View all guides
those other beavers
the harder i try to unlock the beavers i wanted to play with from the start the more its pissing me off that they r locked in the 1st place i hate unlocking things!
18

Training Map and Guide for New Players (May 2022)
Text and Image guide for new players, explaining the basics and how to progress.
51 ratings 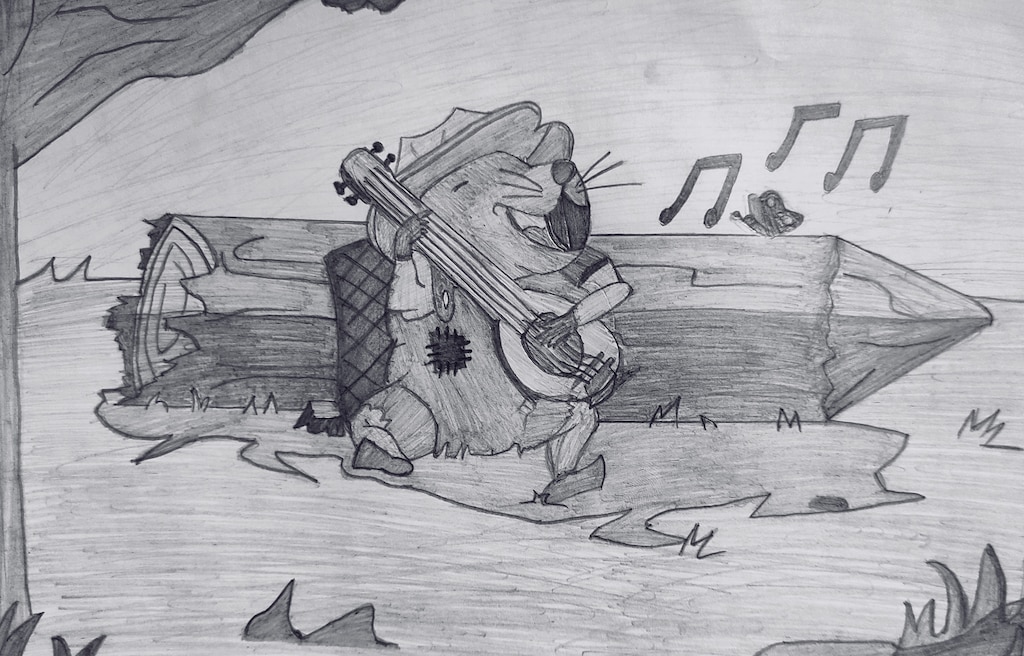 Recommended
45.0 hrs on record
Early Access Review
Beavers building cities. If that's not enough of a reason to try this survival city builder, I don't know what is. It's also adorable and endearing; you can make scarecrows and beehives and bathhouses. Build a dam and force the river to jack up your waterwheel's power output to 200+ horsepower. Chew on some sunflower seeds. Eat a carrot. It's a great time.

0
2
Before and after of my current Settlement 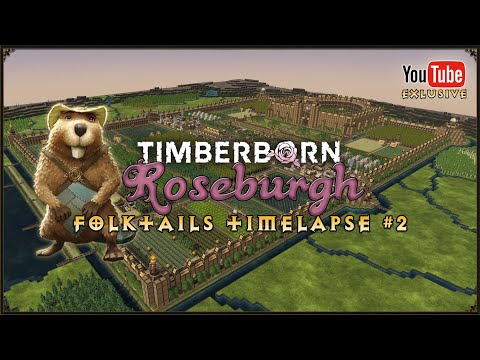 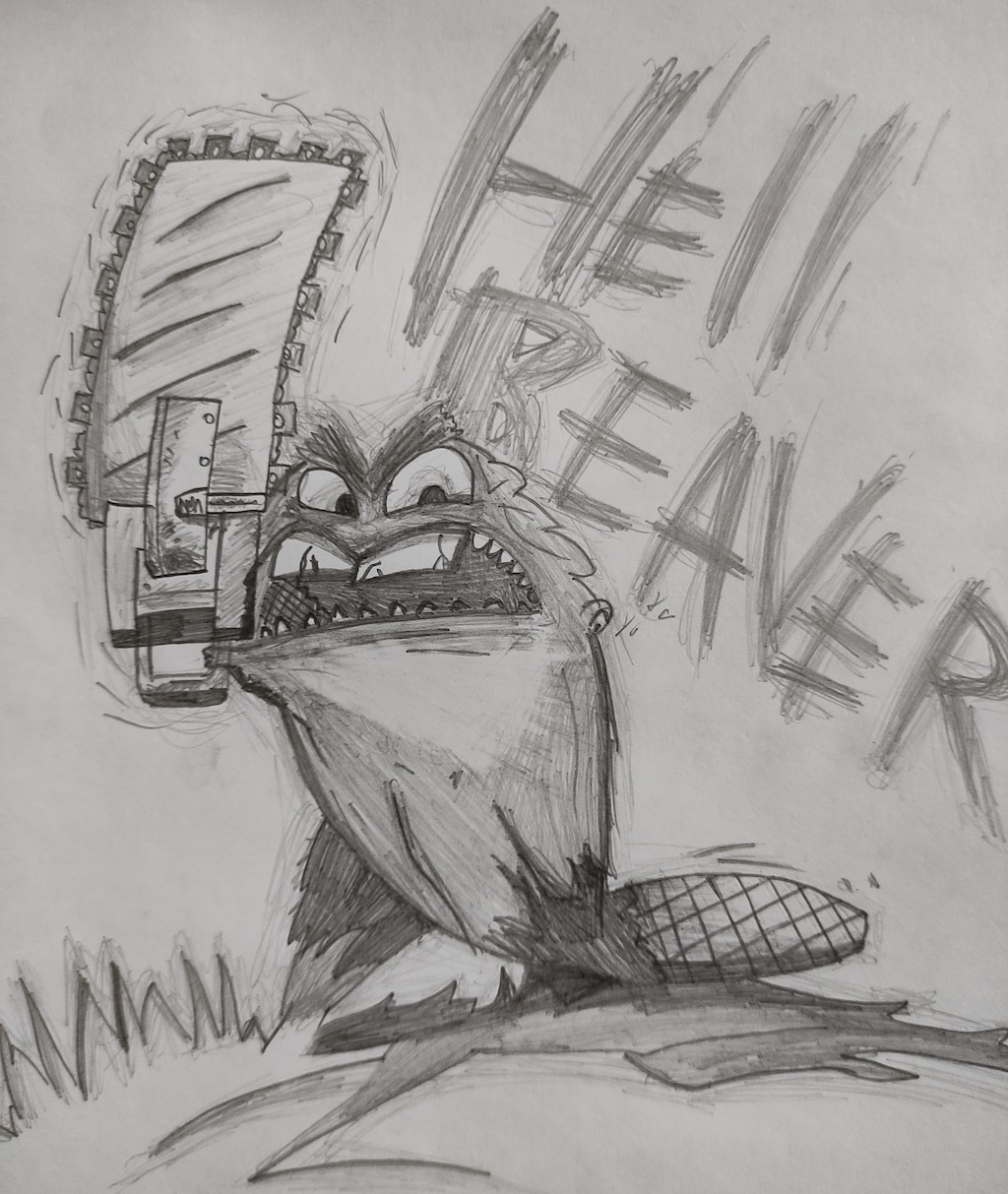 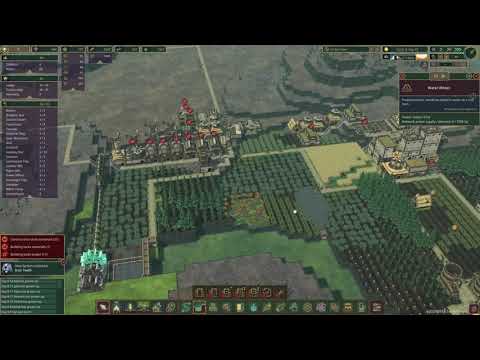 Recommended
60.6 hrs on record
Early Access Review
A fun little builder/survival esque management game. It has a great lookign art style and it is overall well designed for the stage of development it is in.

One of the best things about it, is that with proper management you can have your entire place run on its own. No joke I have left the game running overnight as I slept to test and I came back to a town still going strong, In fact now it is a paradise as all the work is done by robots and the bevers are just chilling.

The one thing that needs to some looking at is the balance between the two factions, at this moment the ironteeth are clearly ahead because of the ability to use the engine, which means you can power on everything constantly. The base faction is however entirely dependent on wind and water. The gravity battery helps a little, but it falls short to really keep a larger industrial zone running when the wind dies down again. 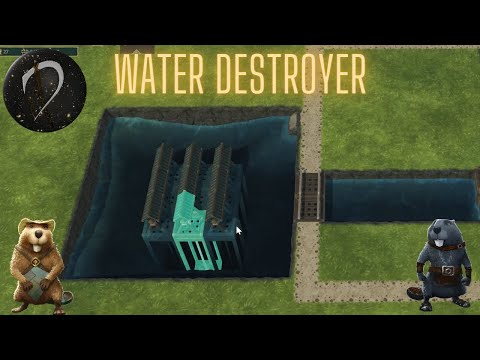 1
2
Timberborn How To Build A Water Destroyer

Recommended
102.8 hrs on record
Early Access Review
This game is amazing. Easily my favorite city builder of all time. I seriously love it so much 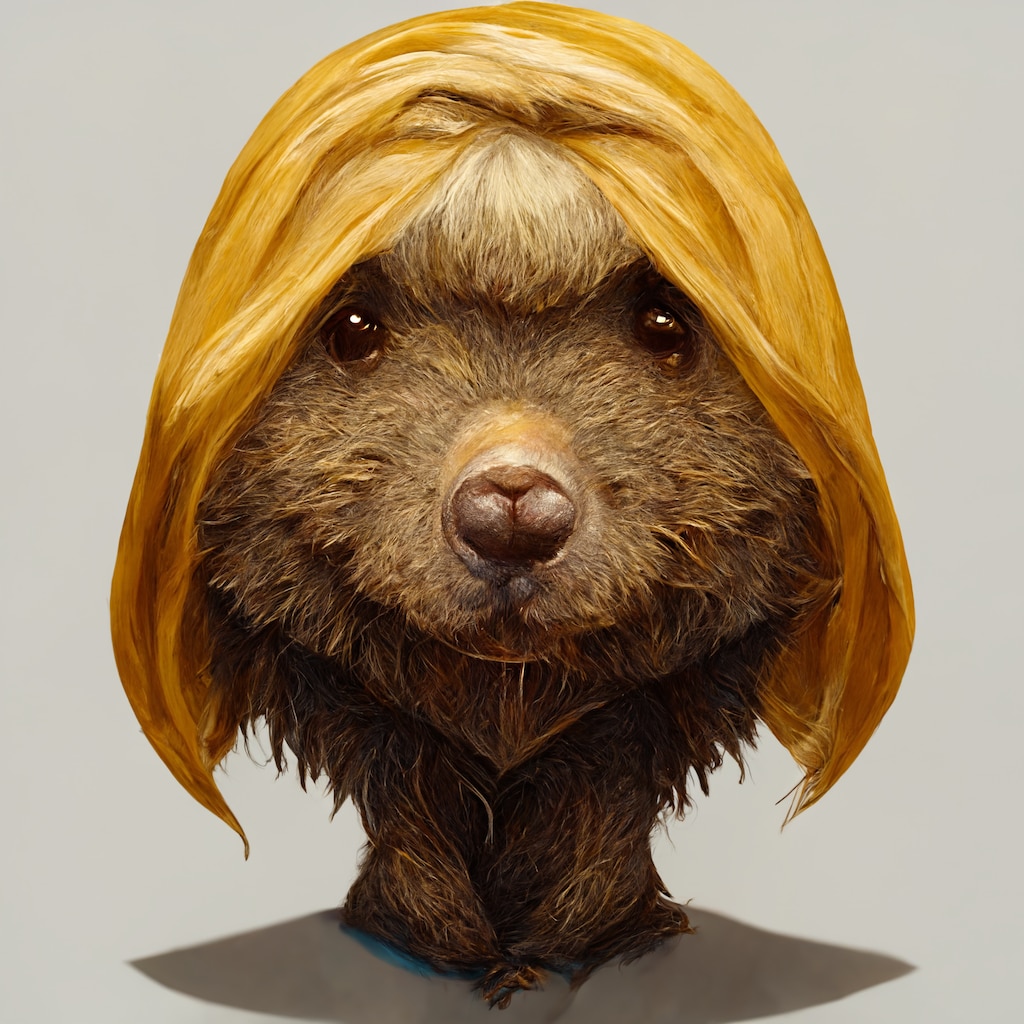 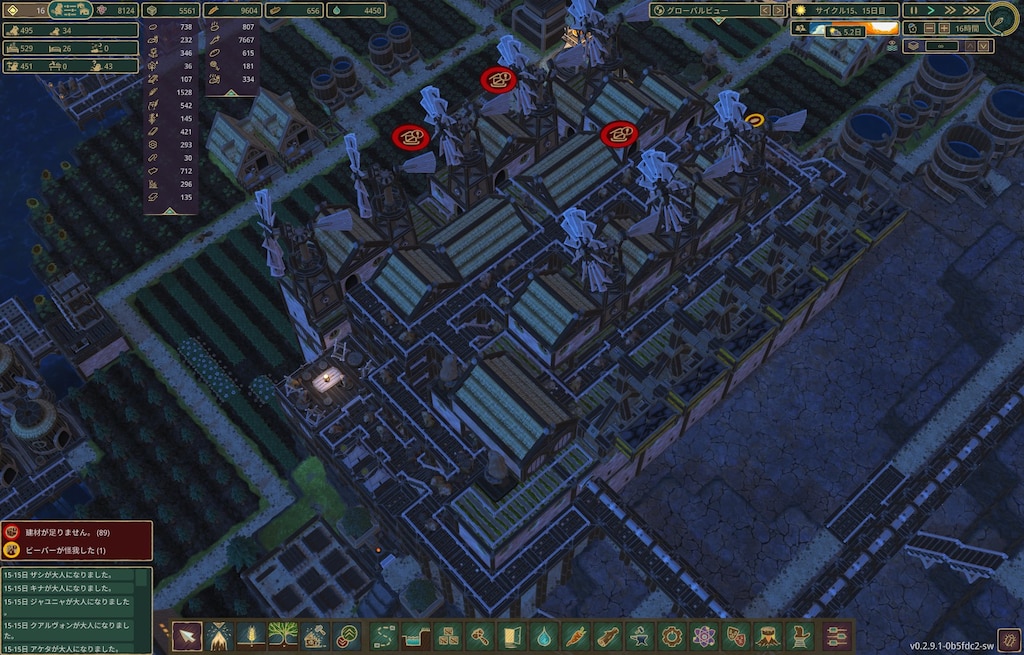 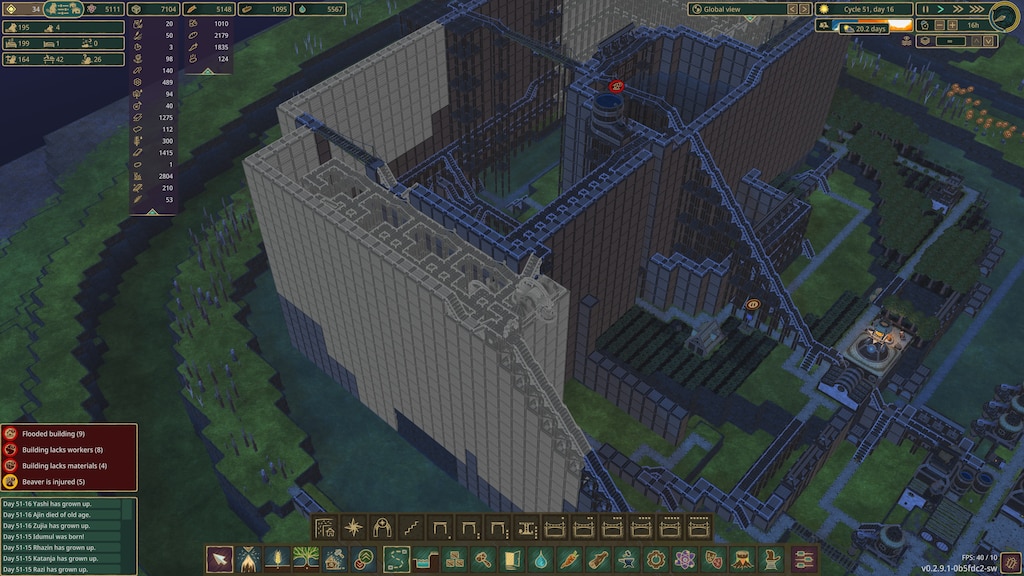 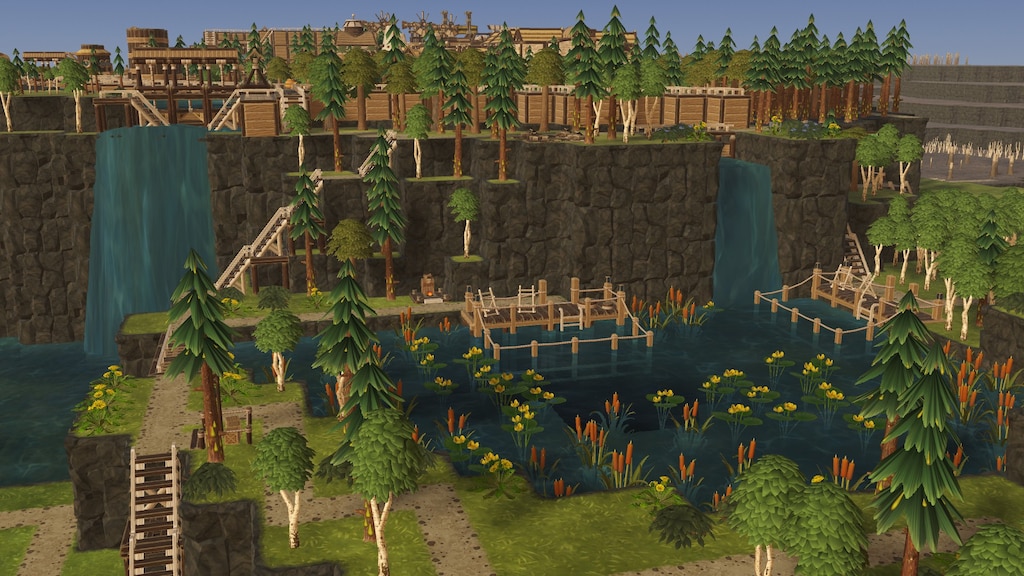 pikamaru
View videos
how to stop golems from stealing my beaver's jobs?
they are too op pls nerf
2

How to grow efficiently!
This guide will show you how to grow your district very quickly and efficiently.
150 ratings

xie0xie
View all guides
To buy or not to buy..........?
I play Satisfactory, No Man's Sky, Medieval Dynasty, etc. I played games like Starcraft and others. I don't like Minecraft, block worlds and such. I think the beaver idea is cute, but making them live like humans is weird. I'm concerned about the lack of "world" or space in the game. Seems to be "eye in the sky" game, too, where you don't really see the beavers much. They just look like a bunch of ants in videos I've watched. I'm hoping you can tell me what it's really like to play it, before it goes o...
11