The SBT server has just opened! To play the game simply download the build from the demo section of our steam page.

The build will be the same as the February BETA build.

It's April now! The Open Weekends are just around the corner and we're excited to share with you the details!

We'll only open the North American server this time (located in Virginia), players in Europe and other parts of the world may expect latency issues.

everyone can participate in this event by downloading the game off the demo section from our steam page once the server is up.

We also plan to host another Open Weekends event in May, as long as players are desired to play SBT. There’ll be more information coming out regarding that test later.

Right now the dev team are working hard on new contents, including newly added single-player, new characters, skins and stadiums. While players can’t experience these contents during the Open Weekends, the next BETA should arrive soon after May so stay tuned!

Super Buckyball Tournament
10
0
New Character Reveal
Apr 1
Our new character is finally here! We still haven't named him yet, got any ideas?

Can wait to witness our future heroes? We're here to reveal the silhouettes of our next hero, there'll be more information about him in the next few days so be sure to stay tuned! 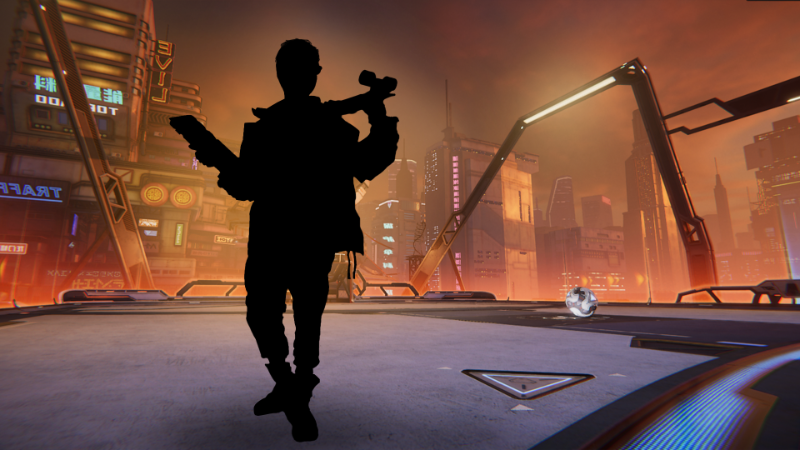 Also remember to join the AMA this week, which will happen in just a few hours (EU at 12 PM CET or NA at 7:30 PM PDT on Wednesday). We'll be discussing the next testing time, single-player mode and more!

Long time no see! We just finished our AMA this week and below are a few topics we discussed in the AMA. If you also want to take part and ask your questions, be sure to join our official Discord[discord.gg] !

Writing Test
Are you interested in building a story around the SBT universe? We need your help! Our team is currently looking for a part-time storywriter to set up a background story for the game. Below is a writing test for anyone interested to get involved, we’ll go through all the submissions and hopefully find the storywriter we need in the next couple of weeks. More information and detailed requirements can be found below.

Character Format Sheet
Over the last couple of months we received plenty of new character suggestions, some of them are actually very great and gave us a lot of inspirations. Since the suggestions were sent in various format, we thought it would be a good idea to make a unified new character format sheet. Please use the new format if you’d like to suggest new character designs in the future.

Merchandise
We actually made a bunch of merchandises last year, however, we were unable to show & ship it to you guys due to the pandemic and expensive international shipping rates.

With that being said, it is still possible to get our merchandise in the future, especially after the Early Access launch. We’re currently looking into setting up an Amazon store for one of our other games, if that process went successful we could replicate the whole thing to SBT. 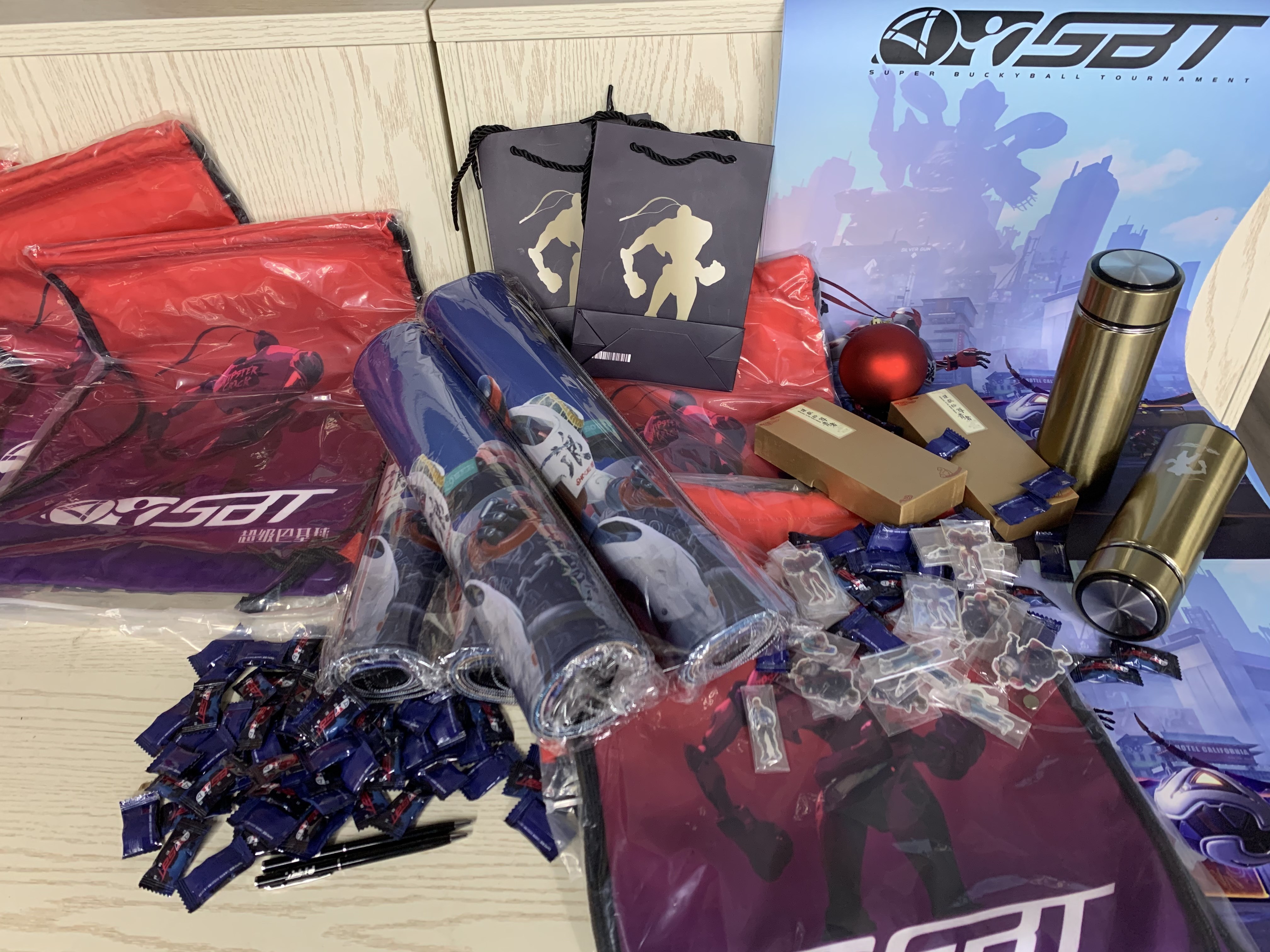 Game Developments
Recently we made a new development plan with singleplayer contents added. The singleplayer will take a long time to design while the team is still working on other stuff, including new characters, new skins and more changes to the multiplayer.

New AMA Time
The future AMAs will be hosted in a new time, due to the shift in daylight saving time.

The next AMA will be back in March 31th.

Are you excited to play the next BETA soon? We would like to get players informed on the latest news and updates about the game, which we already discussed in the AMA last week.

We had previously hoped to launch SBT into Early Access this summer, but due to developing reasons, we might have to delay the launch. We are still hoping for a release later this year, and we hope you can understand that we wish to have a more polished game before we dare to release it, as these types of multiplayer games will either make it big or fail completely.

Time for the next BETA?

The time for the next BETA is not yet set in stone, but we’re currently aiming for July. While everyone are waiting for July, we have decided to host 2 Open Weekends, so players can still have fun and enjoy SBT with their friends. The first Open Weekend is scheduled on April 17th and April 18th, during the open weekend we’ll put out the February BETA build for players to play. The second open weekend is scheduled around early June.

After receiving all the feedback from the survey, we’ve decided to keep the 4V4 game mode as what it is for now. The current idea is not to put it into the arcade mode since it offers the same gameplay experiences as the regular 3V3 mode, but we will revisit further after we launch the game, and it becomes more relevant to support a larger player base.

After receiving all your feedback, we’ll keep then in-game and continue to optimize it.

The future of the item system

After carefully consider what players have suggested, we decided to make some changes to the item system in the future. We’ll share more details with you guys later.

Sky will be nerfed in the next BETA for sure, however, the team is not too worried about character balancing at the moment, usually it’s the one of the later thing we do before putting out a BETA. We believe it’s important to improve other parts of the game first as they affect the balancing anyways. And of course before we launch we will be doing extensive balance testing.

Also a note to all players, since there aren't that many topics to discuss over the next few months leading up to the BETA, we decided to change the current weekly AMA's into bi-weekly, which means there'll be no AMA for this week, we'll be back with you all on Discord[discord.gg] next week, stay tuned!

First of all, thanks everyone who contributed and shared your thoughts in the survey! After came back from the holidays we collected & analyzed the results and got plenty of feedback and insights. Below are the summary of the survey responses we gathered from the BETA. 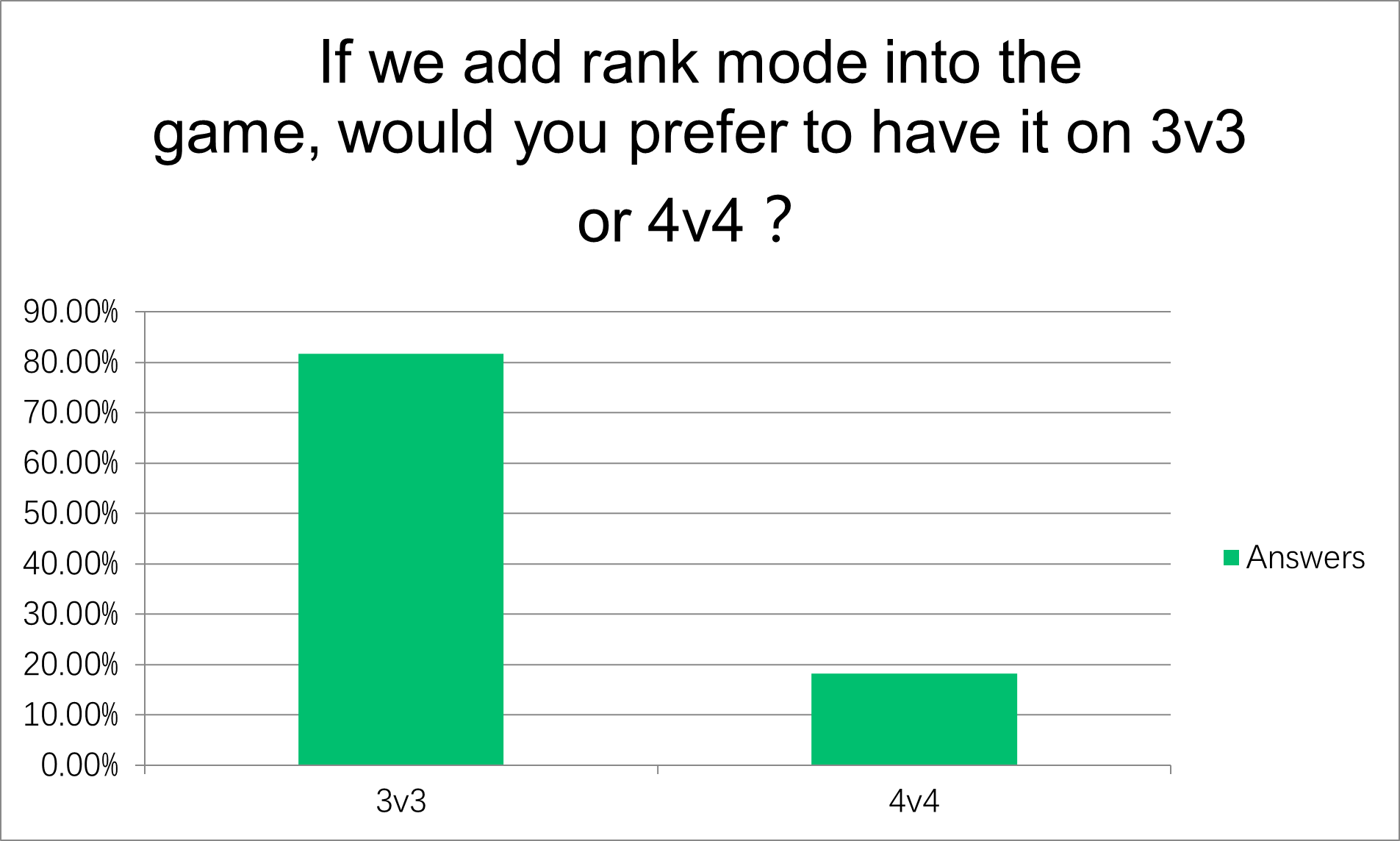 Based on the survey, the majority of players believed that 3v3 is preferred over the 4v4 game mode. However, we’ve also noticed that many of them never played or only played a few matches of the 4v4 mode due to various restrictions. Players generally believed that 4v4 can be a good rotating game mode and we’ll look more into it in future tests.

Protection Zone
Surprisingly, most of the casual & new players are not aware of this mechanic, which actually might be a good thing since it was core players who proposed this mechanic originally. The feedback from core players is overall positive with some room for improvement.

Tackling Mechanic
Regarding the tackling mechanic, the overall feedbacks are great after we implemented the 15s CD (during Pre-BETA testing there were no CD for the tackle). Improve it’s consistency across the map is something that we could further optimize in later versions.

How players know about SBT
According to the survey, over 40% of players found us directly through Steam, with over 20% of players know our game from their friends and more than 10% from various promotions we run.

Least likable part of the game
From core players

- Goalkeeper is too strong (Gridiron, visual does not match the actual hitbox etc.)
- Bullying
- The randomness of the items

We'll publish another article next week regarding the plan for next and respond to some of the suggestions & questions you guys had about the BETA.

We opened the Beta about a week ago to test out some of the new content we have been working on since Preseason, and of course to let our fans get a piece of the action.

This round of SBT is now about to come to an end and we are super happy to see how many games were played this time. If you want to squeeze in a few last hours of action, we are still open for the rest of today.

We will collect all possible feedback and share it with the designers for optimization of the game.
A survey has been made with a few questions on what you think about the game, and it would be super appreciated if you would be willing to help us fill it out.

Last but not least we had 2 super awesome tournaments happening over the weekend.

A big round of applause goes out to all the finalists and especially the 2 winning teams, Team Insomnia from EU and The Spice Girls from NA. 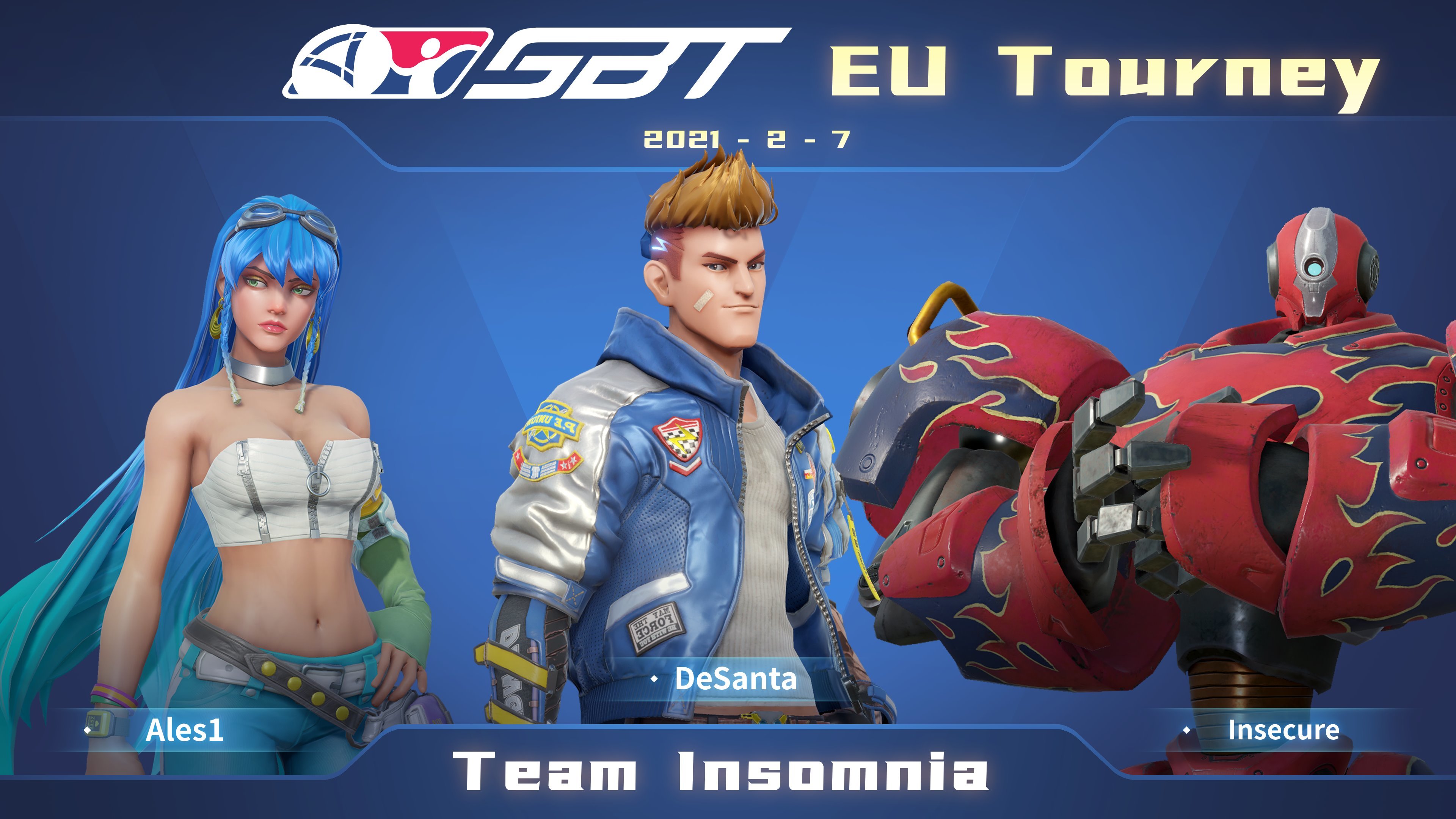 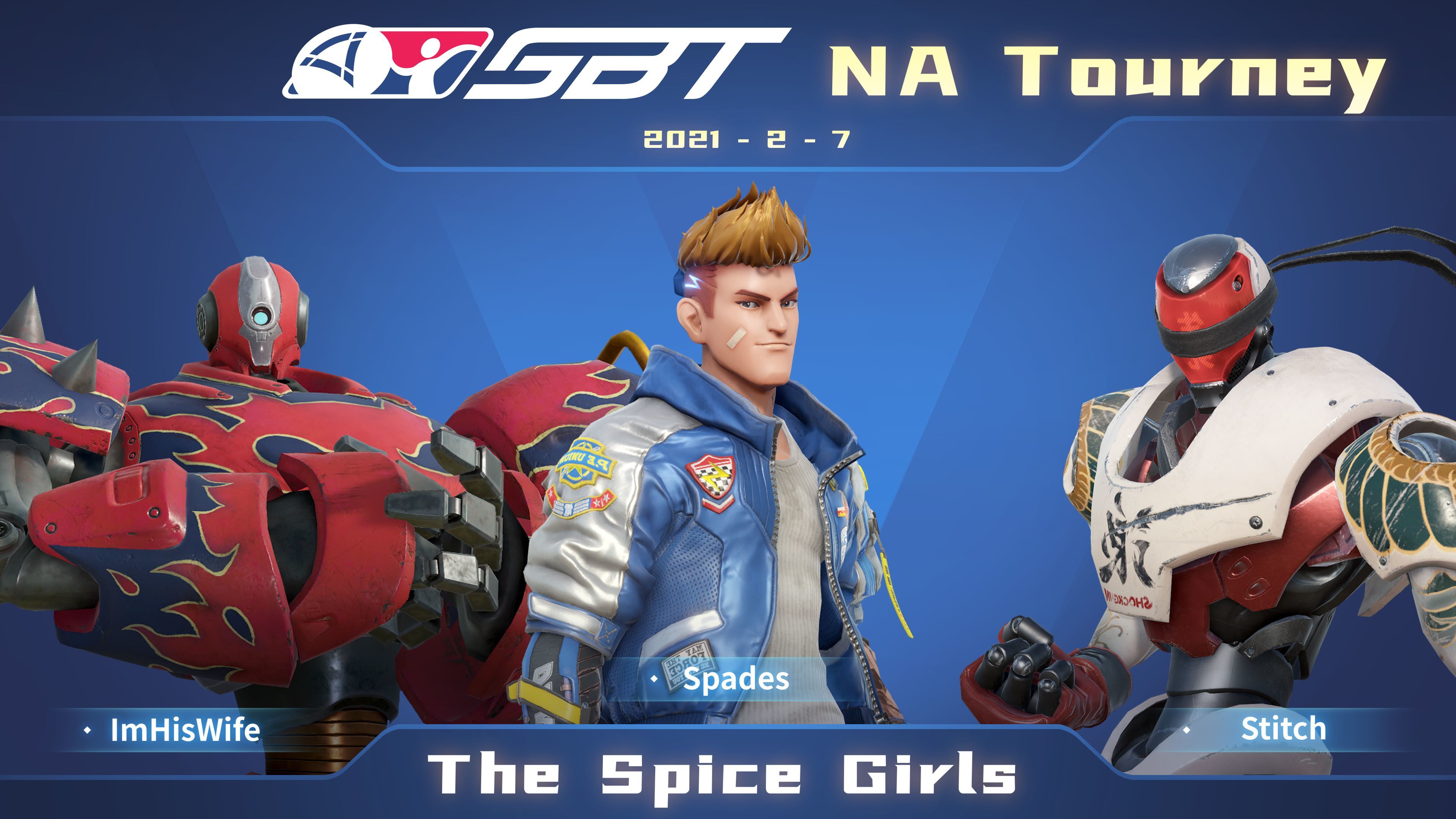 Also congrats to the following teams:

If you failed to watch the Tournament, you can watch them here:

Thanks for playing this time and we’ll see you around for the next one!

Super Buckyball Tournament
5
0
The SBT Tournaments are about to commence!
Feb 7
Are you an SBT lover, then you don’t want to miss today’s tournaments where the crème de la crème of the SBT community will battle for the glory of being the worlds best Buckyballers.

For the past few days, the SBT community has been training hard for the SBT tournament which is taking place today. And now the time has finally come for them to show off their skills.

or in French with Atomme

Below you can see the starting brackets for both tournaments: 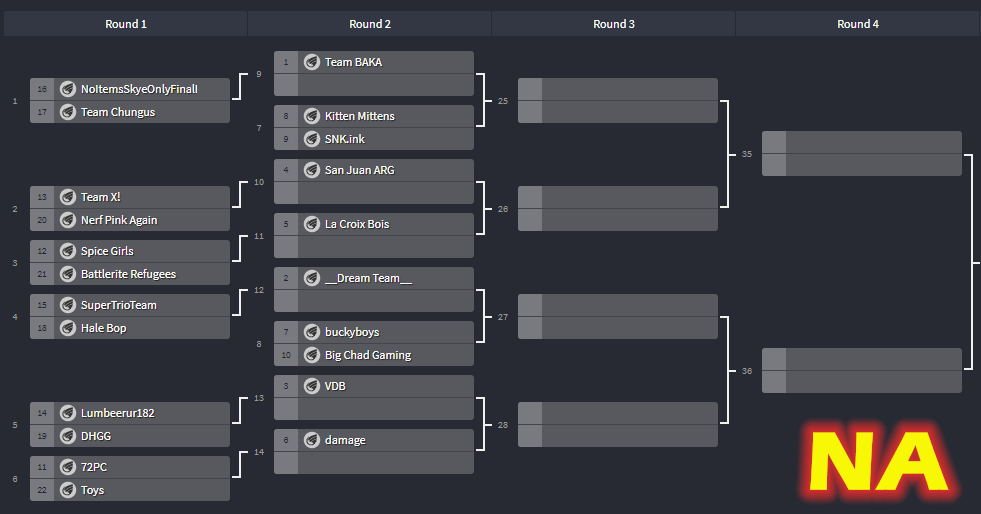 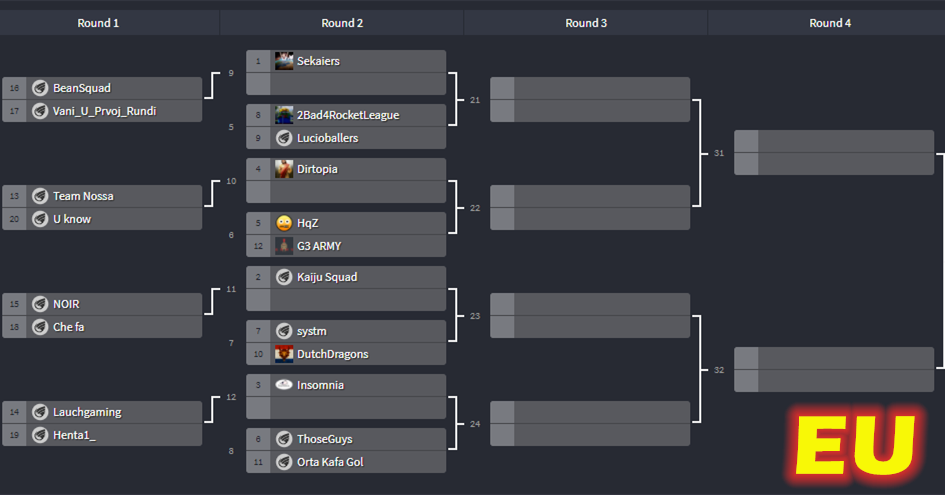 
Super Buckyball Tournament welcomes you to try out the latest version of our game today!

And if you like the game, Wishlist to stay tuned with the launch and other special Betas between now and then.

Community
If you wanna meet new friends to play with or want to participate in the upcoming tournaments for this weekend, make sure to join our Discord Community[discord.gg].
Everyone here is super friendly and happy to give good advice regarding the game. 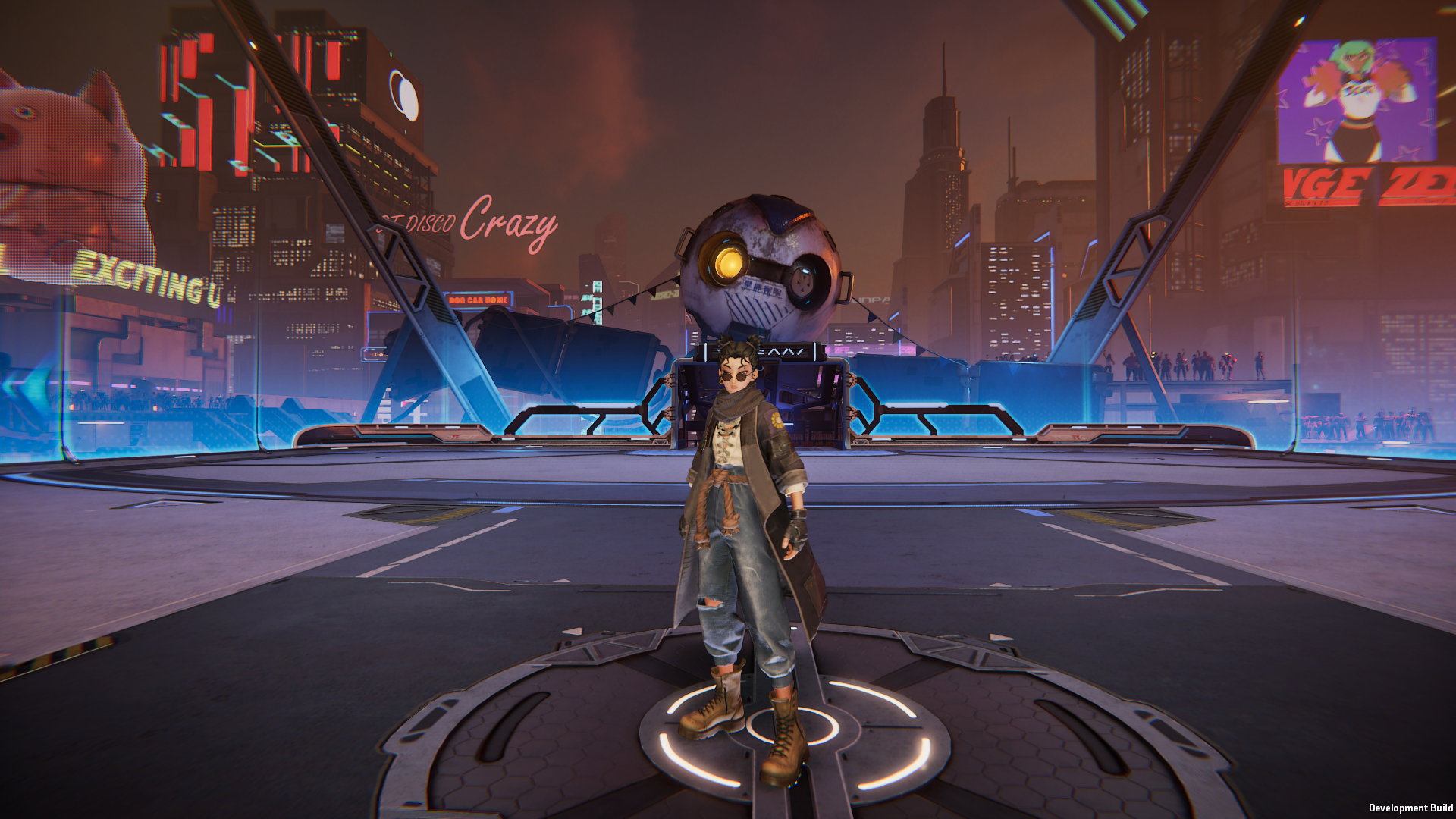