It's ten years since the infection started. Long-established settlements are collapsing, one by one, for unknown reasons. Survivors are running to the hills to escape, hoping for safety in remote places. As another refugee, you're here to carve out a new life for yourself - by any means necessary.
$6.99
Visit the Store Page
Early Access Game
Get instant access and start playing; get involved with this game as it develops. Learn more.
Most popular community and official content for the past week.  (?)
New patch in publicbeta (v110)
Jan 23
I've updated the publicbeta branch again, this one's mainly just a bunch of crash fixes. Some common ones from the last update, and some more rare ones involving online co-op that got reported recently. Here's the full changelist:

What's this publicbeta thing?
v110 will be in the "publicbeta" branch for a while, before pushing it to the main game. If you want to try the latest features as they come out (and help test them!) it's a good idea to start using this branch. But keep in mind:To use publicbeta, just right-click on Survivalist: Invisible Strain in your Steam library and go to Properties, then Betas and in the drop-down select "publicbeta".

Survivalist: Invisible Strain
72
5
Friendly NPC Stealing: Caught + Killed Friendly Community turns hostile
Here is the video: https://youtu.be/BIHfzpwNHaQ So what happens, as you can see, is a friendly NPC will come in and steal from my chest. Once I catch him and execute him, the whole community turns hostile. This should not be the case, since he was caught doing something illegal. In any other RPG, or similar game, the NPC would be marked as a criminal, or a mob, and hence killing him should not result in the rest of the town/community turning hostile. Can you explain why this is the case? Is this errati...
7

5 hours ago
General Discussions
New patch (v109) with better mod support!
Jan 18
The latest patch in publicbeta is all about better mod support. The most obvious change is when you start a new game you can now browse and select any Story from the Workshop (including those you haven't downloaded yet). You can download them in-game, and also Like them if you want. You can sort by Highest Rated, Trending, or Newest: 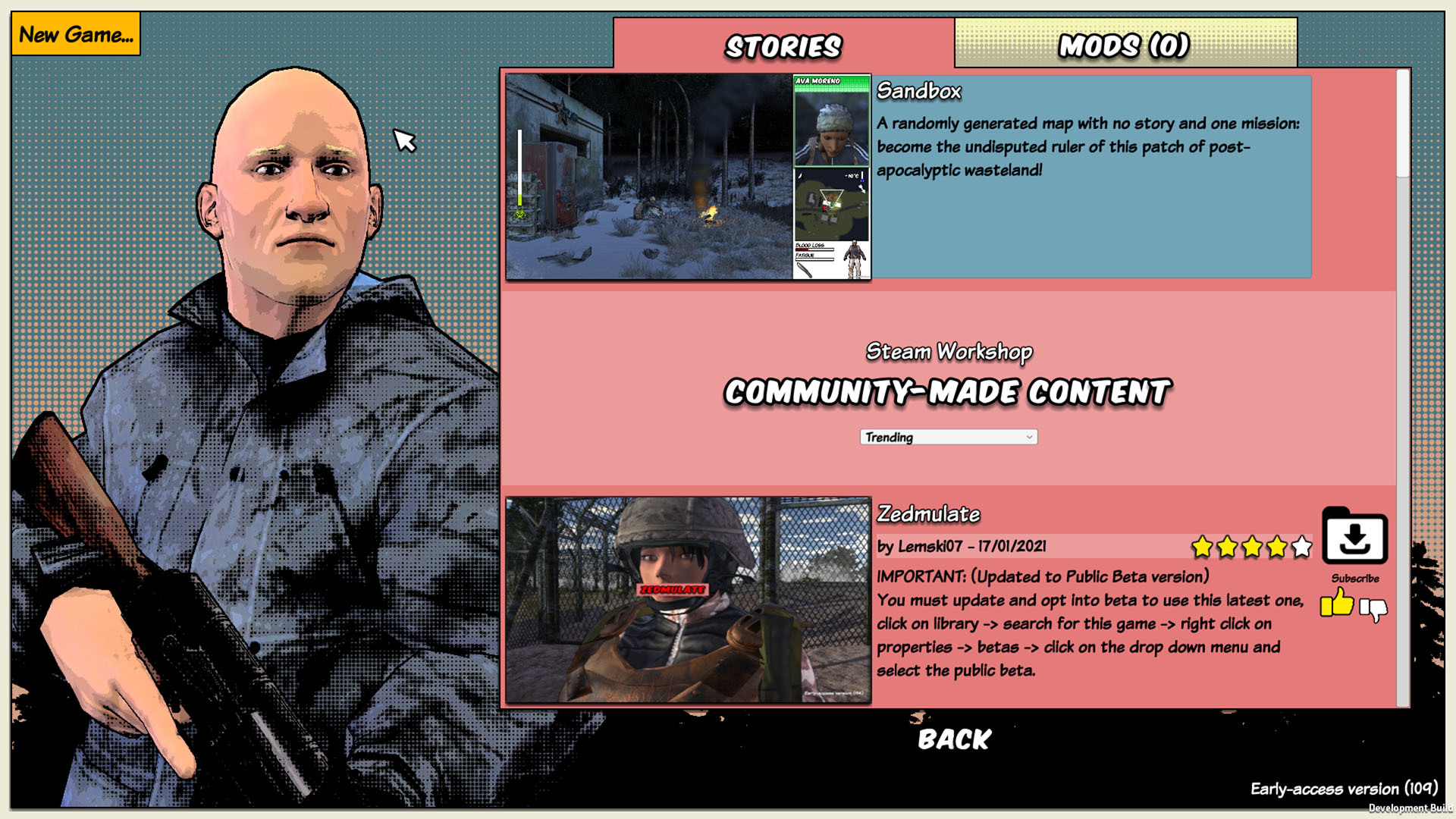 The second big change is I've split them into two types: Stories and Mods. You can only select one Story, but you can have multiple Mods applied to it. The idea is Mods would be things like "a new gun" or maybe "a new bit of What's Up dialog" which could be applied to any Story. Stories would be custom maps with their own narrative and quests, or variations on Sandbox mode: 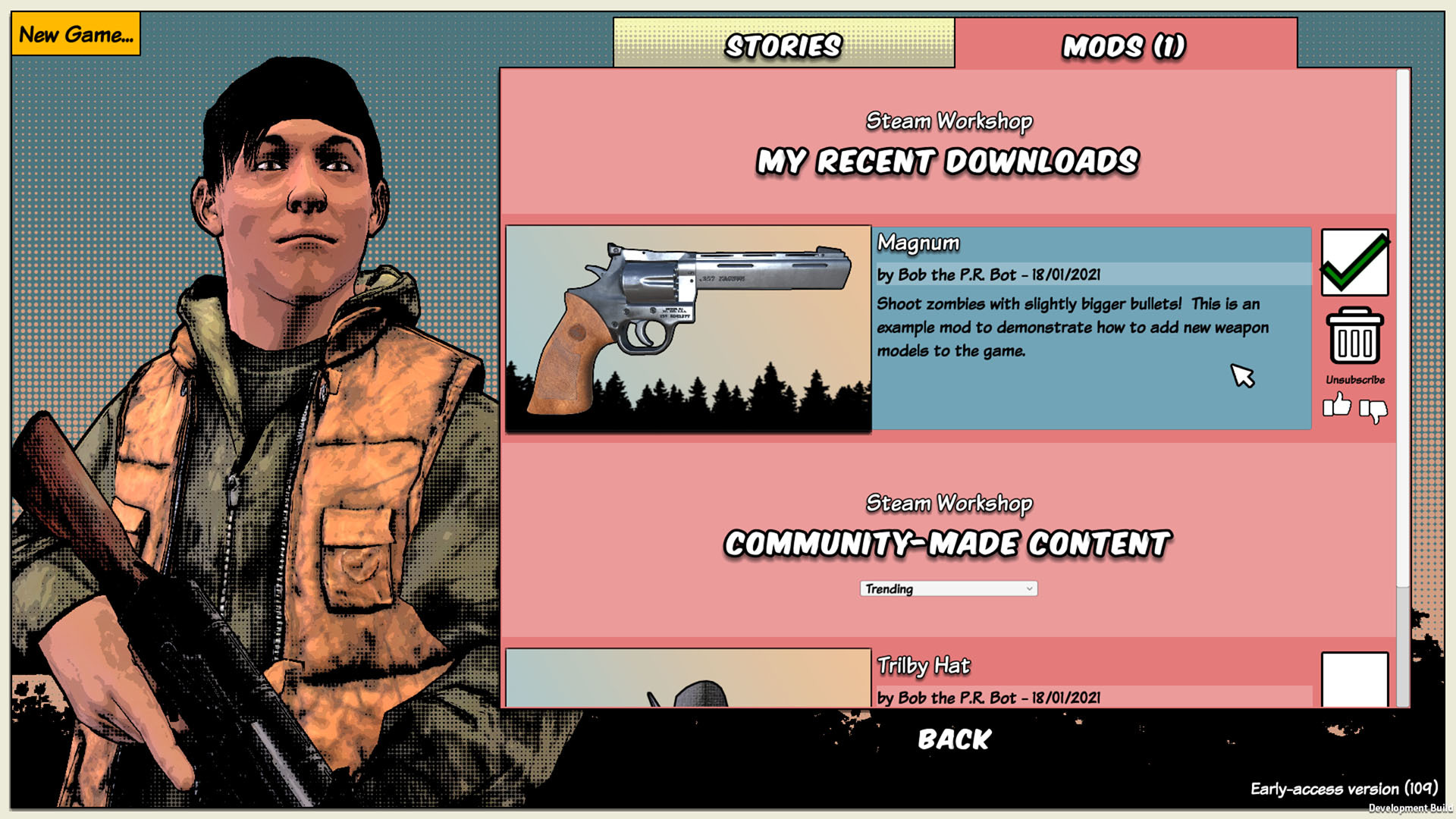 Once you're playing a game you can also add more Mods if you want: 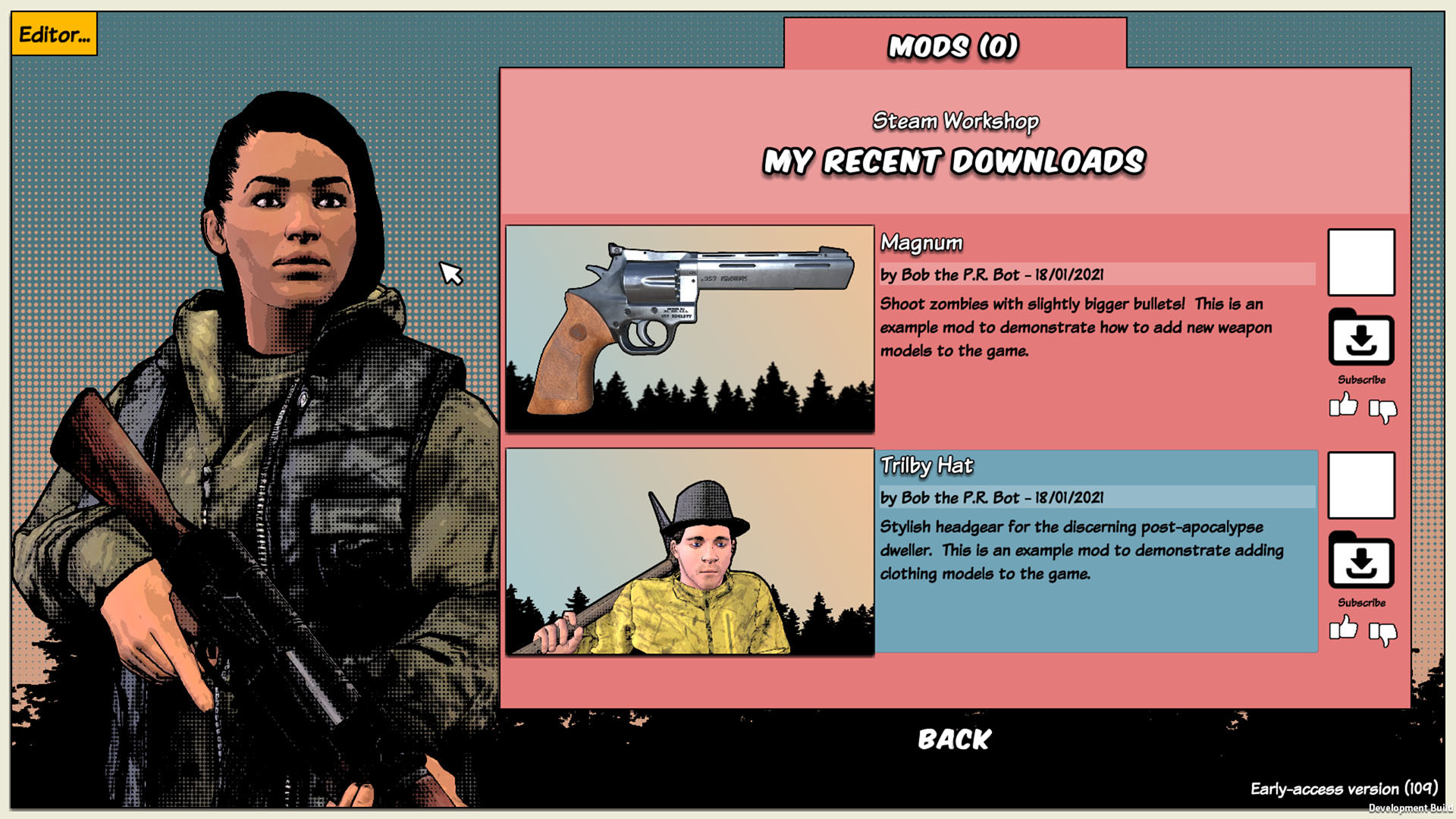 Perhaps more importantly, I've added support for new weapon and clothing models, which I'm demonstrating with a couple of small Mods, the Magnum and the Trilby Hat mod: 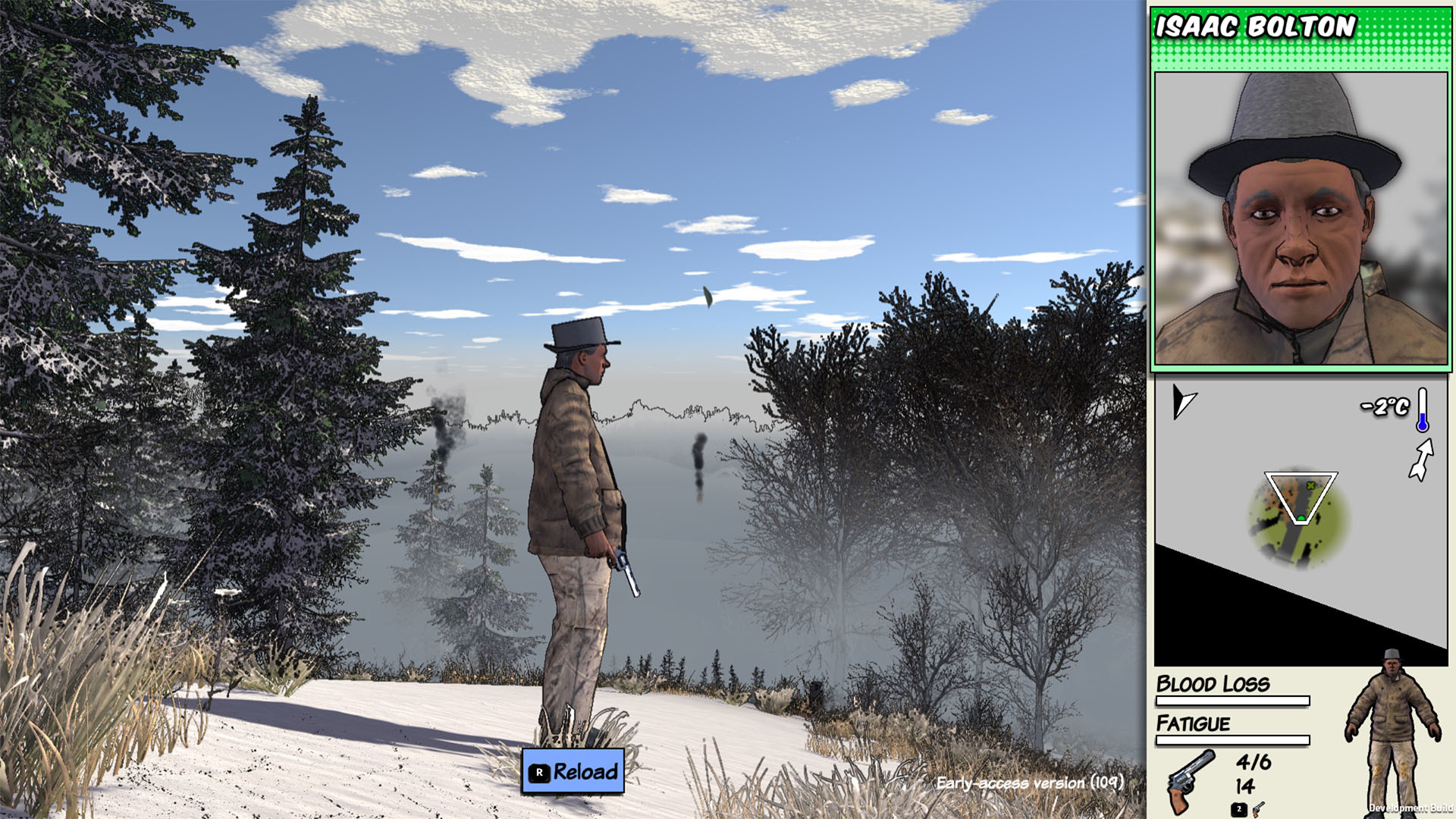 I'll write a couple of guides for mod-makes who want to do that soon! Lastly I've also changed the structure a bit so either mods or stories can be dependent on each other, meaning if you download one it can force another to be downloaded as well if it's dependent on it. I'll update the guides in the coming days.

I think having done this I've gotten more or less to the end of the Workshop/Editor work that I wanted to do for the time being. There might be a few bug fixes and tweaks to the mod stuff here and there, but I'll be aiming to get back to working on the game itself. I'll be interested to see what new things people are capable of making with the tools now! I see there are a few adaptations of Sandbox mode that have become quite popular already, such as The New Z World.

Meanwhile, I've moved v108 from publicbeta to the main game.

What's this publicbeta thing?
v109 will be in the "publicbeta" branch for a while, before pushing it to the main game. If you want to try the latest features as they come out (and help test them!) it's a good idea to start using this branch. But keep in mind:To use publicbeta, just right-click on Survivalist: Invisible Strain in your Steam library and go to Properties, then Betas and in the drop-down select "publicbeta". 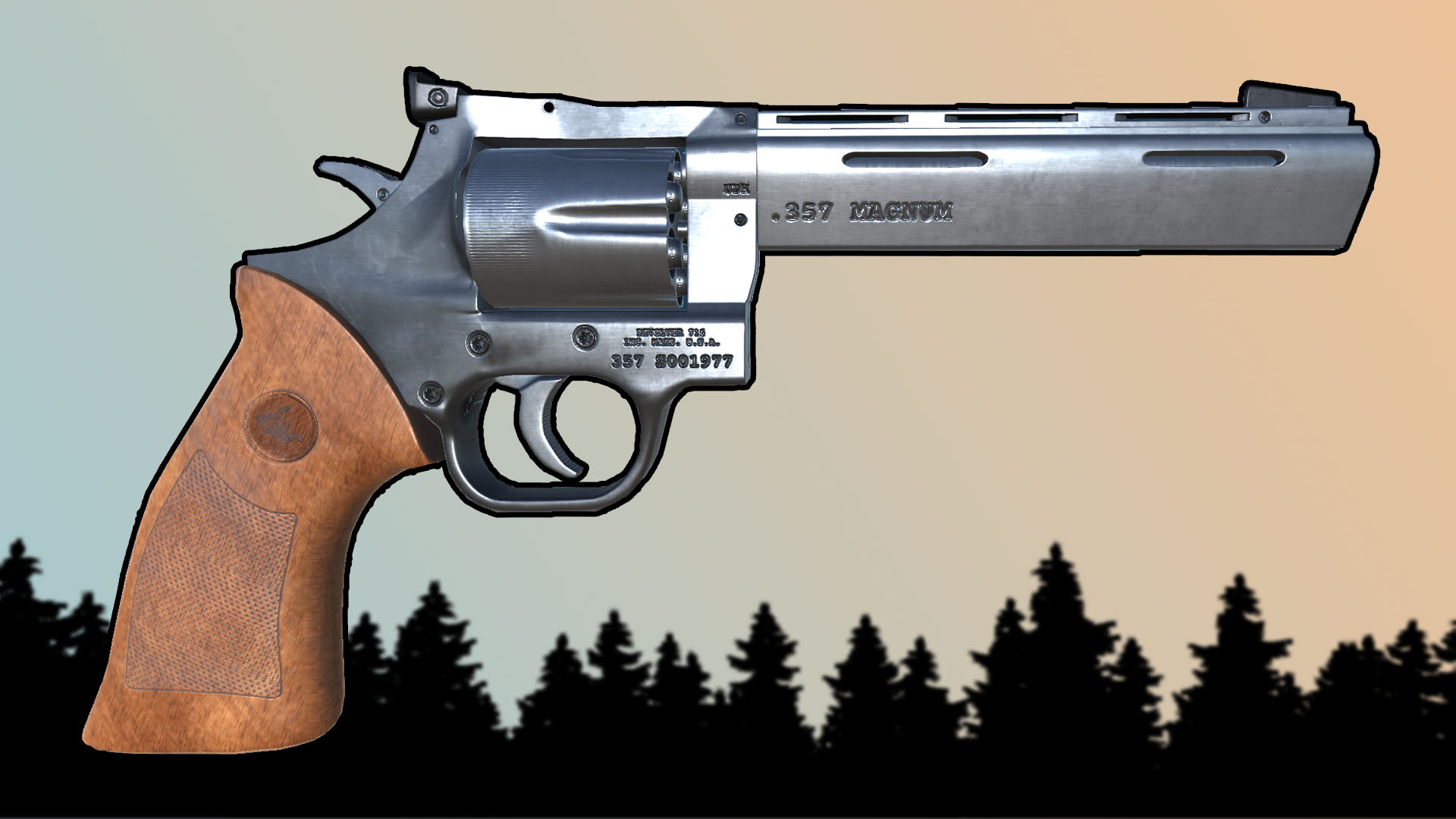 j0hnny_n0cash
View artwork
New patch in publicbeta (v108)
Jan 1
Some people reported a couple of crashes to me so I'm pushing the next patch into publicbeta. Here's what's in it:
This is mainly just a bug fixing patch but includes support for mods to include their own bits of code! I haven't really finished working on it yet but, very briefly, if you're a mod author you can create a DLLs directory in your Story folder and put a dll in there. You can create a c# project linking against the game's libraries and use something called HarmonyLib to patch some of your own code into the game (though there are limitations), I'll write a guide explaining how a bit later when it's more complete :-P

What's this publicbeta thing?
v108 will be in the "publicbeta" branch for a while, before pushing it to the main game. If you want to try the latest features as they come out (and help test them!) it's a good idea to start using this branch. But keep in mind:To use publicbeta, just right-click on Survivalist: Invisible Strain in your Steam library and go to Properties, then Betas and in the drop-down select "publicbeta". 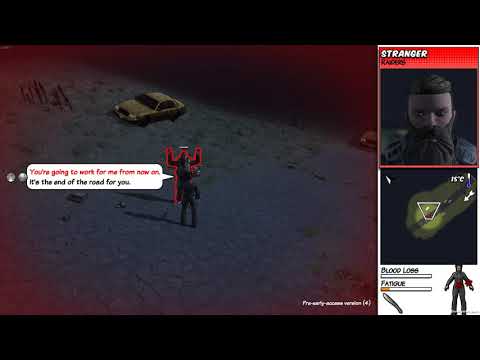 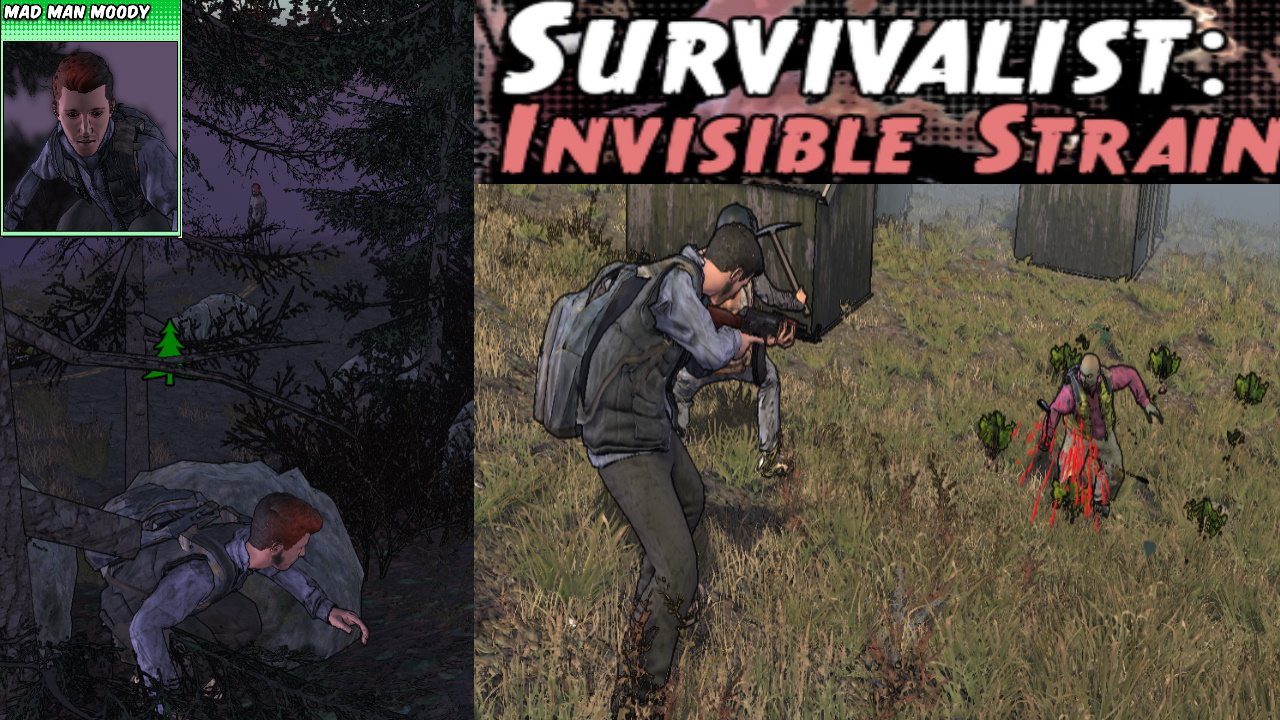 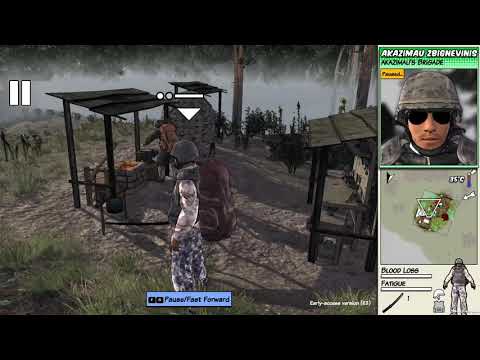 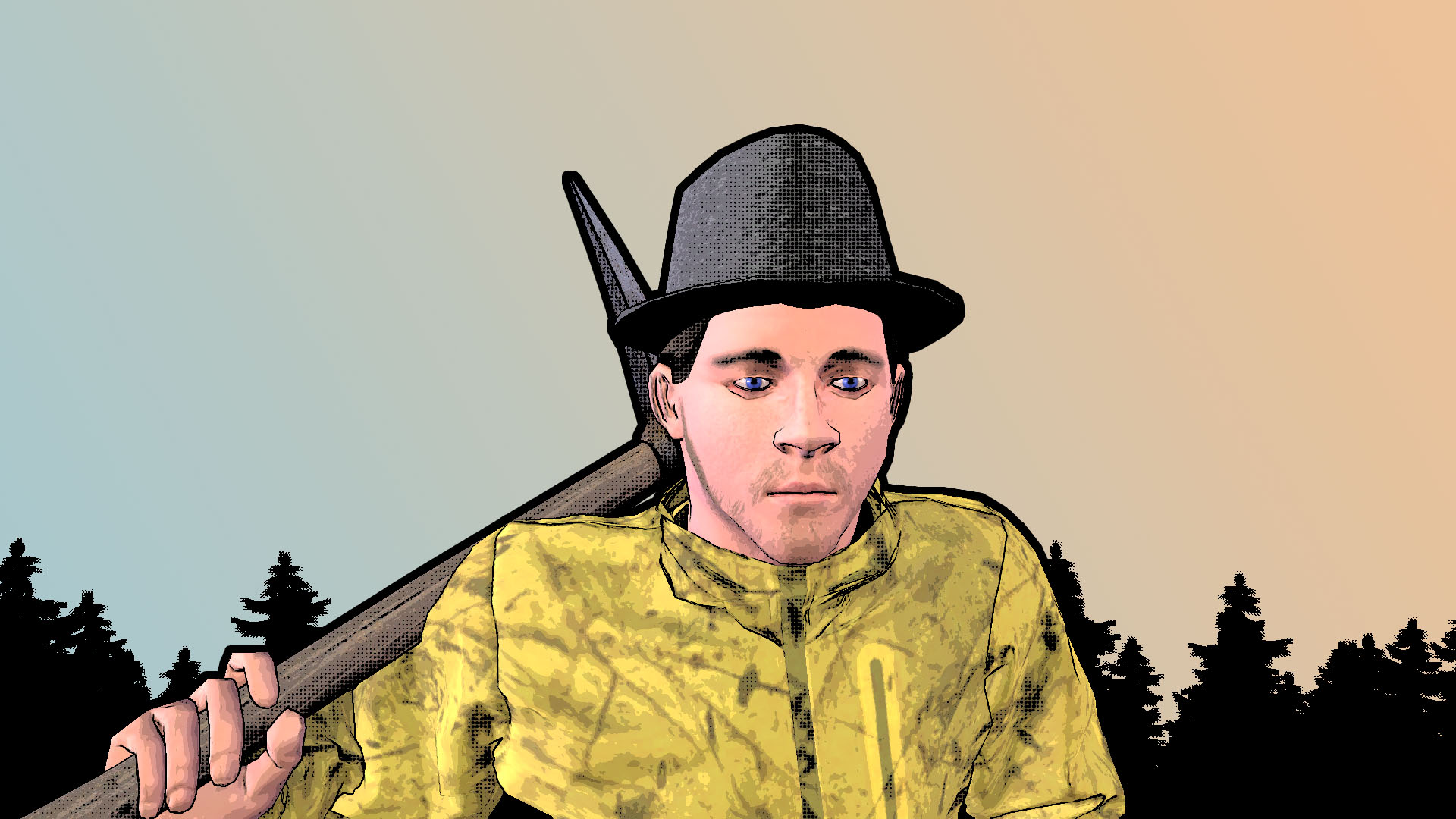 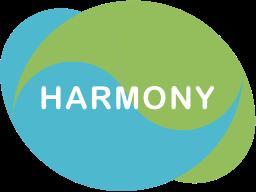 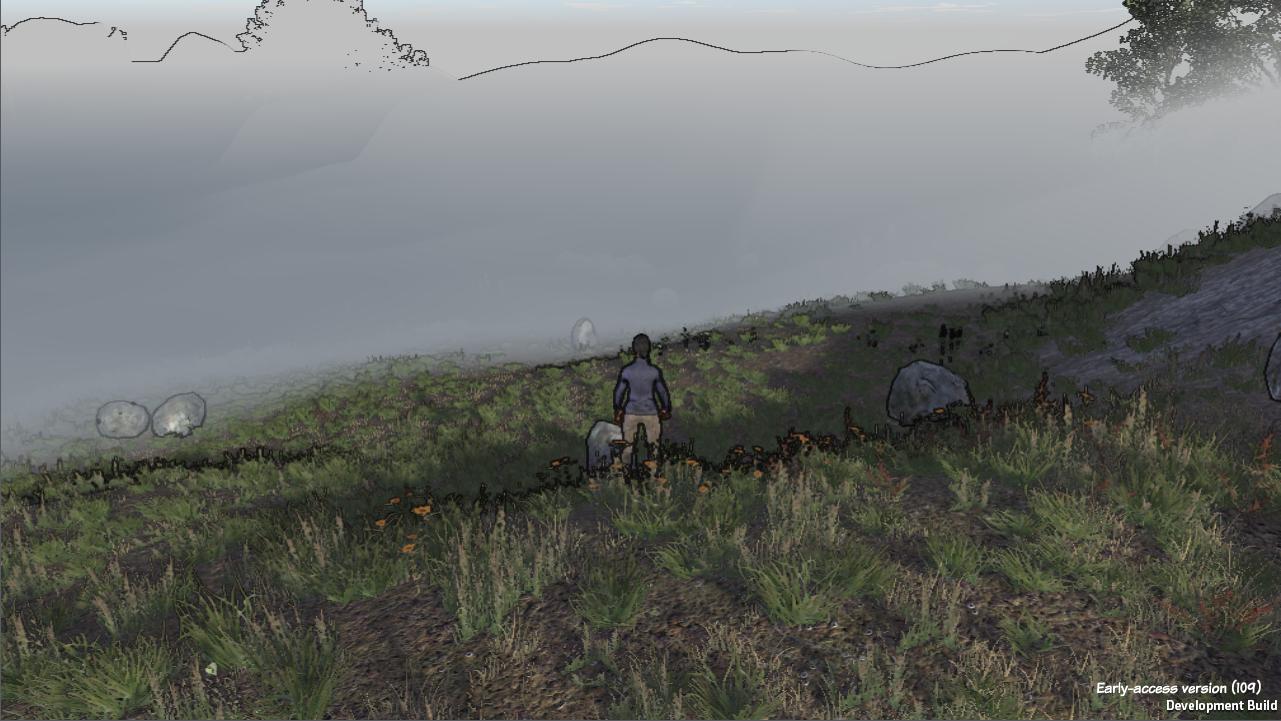 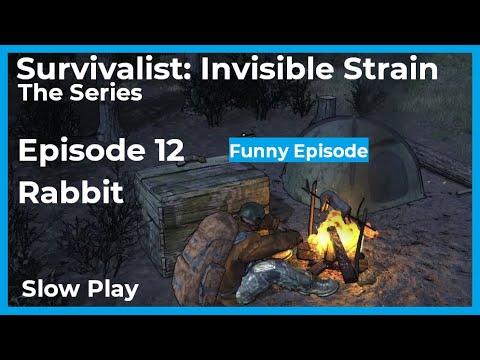 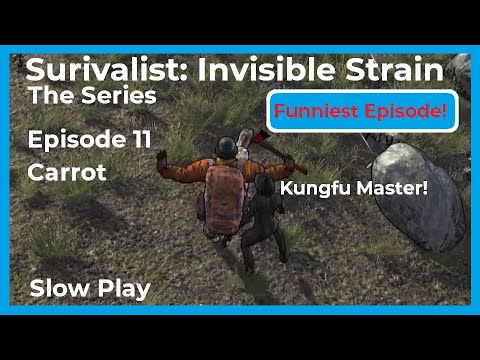 Recommended
10.1 hrs on record
Early Access Review
There is potential in this game 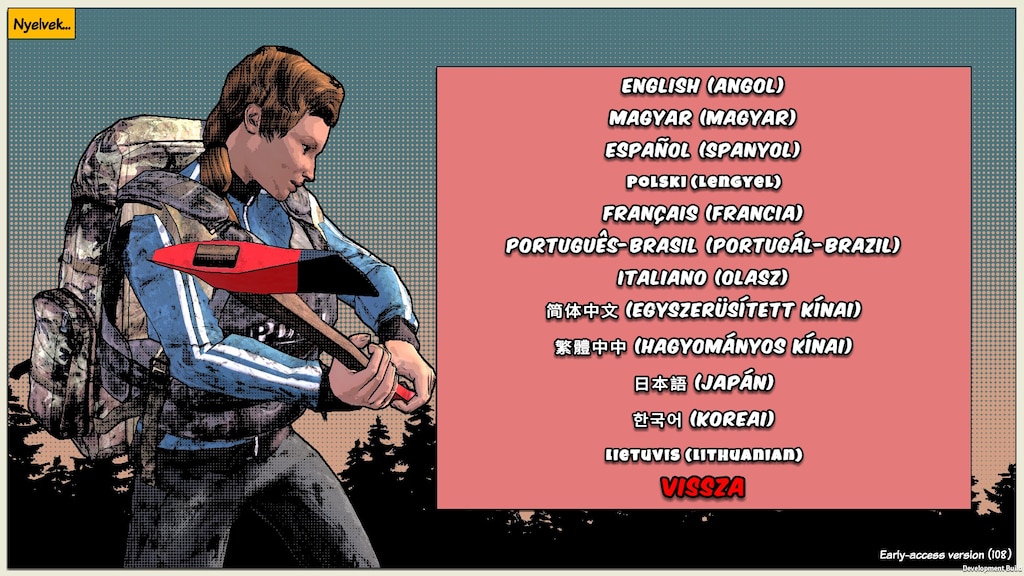 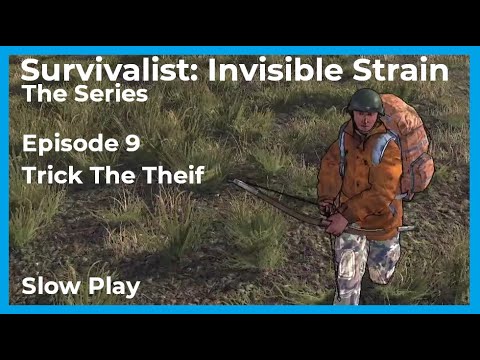 Community Guide
Tips on how to run a faction 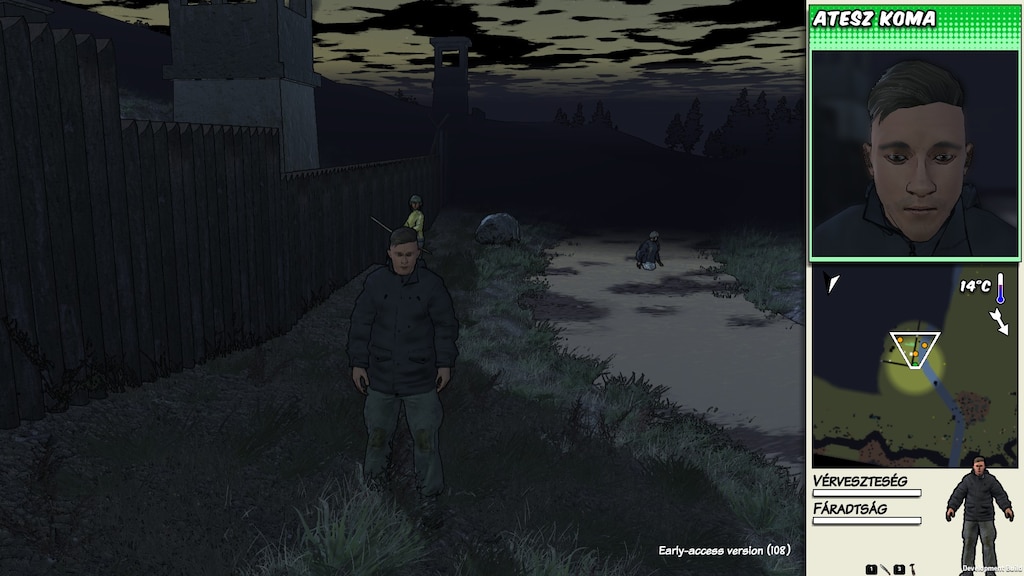 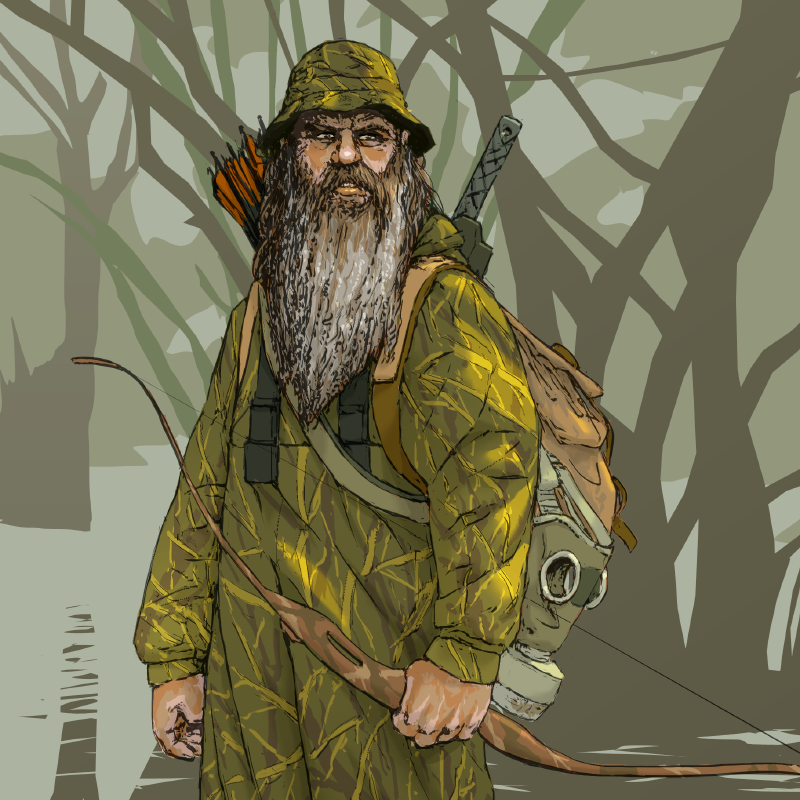 Raiding Settlements Guide
Methods on how to clean up a settlement and take it over. 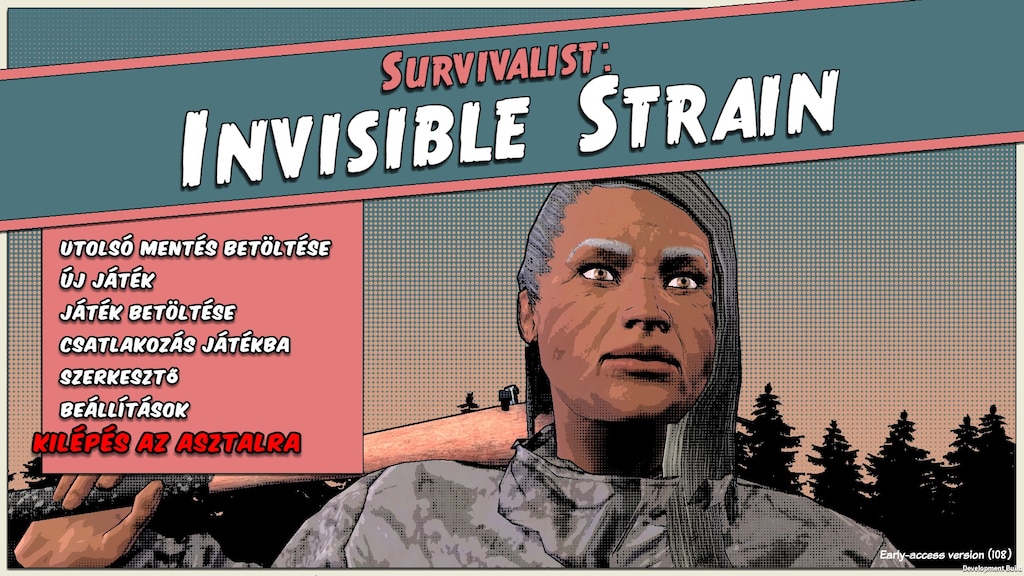 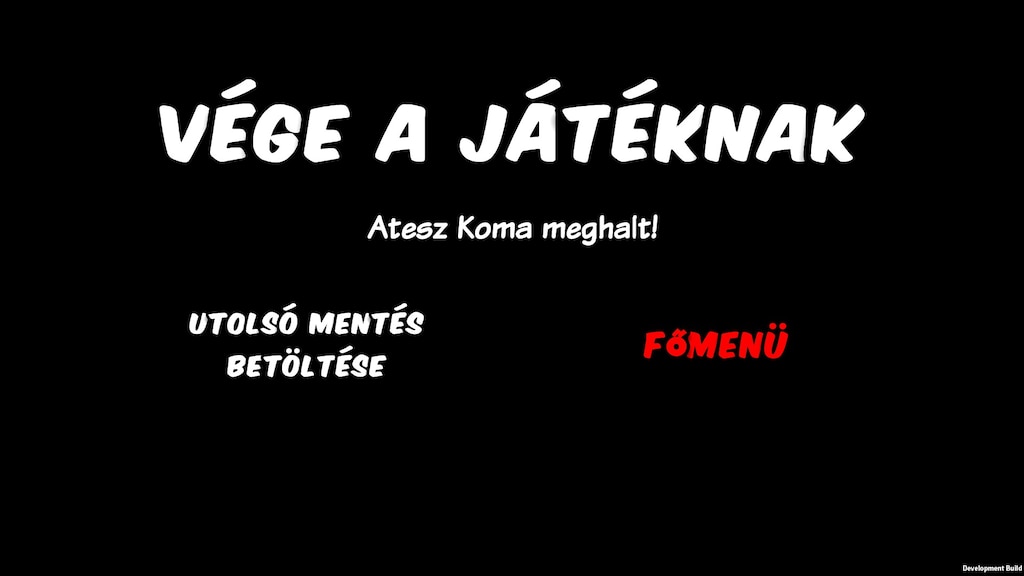 Not Recommended
3.4 hrs on record
Early Access Review
Overly difficult and heavily based on RNG.

Some games are difficult but fair, this isn't or, when it might be, has implemented so many systems as to make it practically the same as luck. Skill rarely comes into play because of how much it relies on getting every relevant detail to line up correctly.

A good example of this is hunting rabbits, a key source of food and used in some of the quests. The basics are reasonable: approach from downwind and stay out of sight. Except together those create a system where the available cover isn't downwind or the rabbit keeps looking around making it nearly impossible to stay hidden, and on top of all of that the game requires you to get absurdly close to have any chance of making the shot, almost within melee range.

The latter is a consistent problem with the game. There's a vision distance that bears no relation to reality. You can see perhaps 20 feet in front of yourself. No wonder there are so many abandoned cars, nobody could see more than one car length in front of themselves! So aside from just making the game feel unrealistic and often tedious you're unable to see zombies or rabbits until you're almost on top of them.

Let's talk about those zombies. They're crazy fast. Exactly as fast as you are except they never get tired. So swarms will easily overwhelm you. The combat system works based on real-time lock-on, so trying to deal with a crowd is clunky at best and made even harder if you're aiming for the head or legs. One zombie will almost certainly make enough noise to bring in more as well, so those swarms happen frequently. And running away, already nearly impossible, just makes your stamina drain to the point that you can't do any damage to them if they do catch up to you.

All of this would be game-breaking, but then we get to the biggest problem: it depends entirely on finding the right items, in the right order, at the right time. Almost nothing can be crafted from the start, so scavenging and hoping is the only option. Even if you could craft it, you'd need to find a backpack just to carry more than a pittance of items.

Trading for them is functionally impossible since the humans will demand all of your gold just to enter. They'll also consider you weak for giving in but any attempt not to pay up instantly means you have 20 people shoot you to death instantly. And sometimes another member of the group will try to shake you down as you're walking around. No more gold? Not good enough. Everyone will kill you.

I haven't even gotten to the skill system where you're not good enough at anything to successfully perform the actions needed to get better. Because advancement is firmly in the "learn a skill by doing" school.

Unlike other games in the genre you never feel like you have much choice in your actions. You're not succeeding due to skill or good planning or having to make tough decisions about what to prioritize. You just wander around hoping to get lucky. Inevitably every system in the game comes down to blind luck.

I would hope that this would get better as it goes along since it's still in Early Access, but everything points to poor design at a fundamental level. This isn't the case of making some tweaks or fixing a few tricky areas, the game would need almost a complete overhaul. There are much better games in the genre out there. Give it a pass.

DersuUzala
7 hours ago
General Discussions
Question about autocooking
Hey survivers! I'm stuck with my problem. I want to have survivers who will autocook without my attention. I have 5star chiefs, I have all ingiredients and water in their inventory. I can make them manually cook 6 veggicarry. But if I want them cook as much as possible or to some limit - they say - out of cooking ingredients. Even my main survivor. Even if all needed ingredients are in stock. If I just say - set chief role - without command to cook any recipe - they will go for dead rabbit and scin it (wi...
4

stadobaranoff
2 hours ago
General Discussions
hunter role?
i would like to aqquire some more food as it is winter and i have no crops i can manually hunt rabbits no problem but i was hoping theres a role for a hunter like there is a role for a farmer or a woodcutter is there one? if so how do i activate it?
4

evan387
17 minutes ago
General Discussions
Do survivors need ammo/arrows to use their weapons?
I was simply wondering if neutral survivors i.e. survivors that aren't in my facation, need actual ammo and/or arrows in their inventory to use their weapons? I was tweaking with how you make arrows and bows in particular, because I thought it would make more sense that you could make those without the use of a workbench. But I see ramdom survivors use and make bows without actually making arrows. I'm not sure if they have any on them or if I can't just see them....
13