Perception is reality. In this mind-bending first-person puzzler, you escape a surreal dream world through solving impossible puzzles using the ambiguity of depth and perspective.
$19.99
Visit the Store Page
Most popular community and official content for the past week.  (?)
Infinite loop bug + floor fall through. Level 7, Hallway 6 and Pool Room
Interesting bug? Go to level 7, complete hallway 6, grab cube from pool room, back track to hallway 6. Try to leave hallway 6, infinite loop. Reload checkpoint, grab cube, try to backtrack, now I fall through level every time I try to climb up... Am I missing an easter egg here somewhere?...
2

Superliminal - All Achievements and Walkthrough (An in depth guide)
This guide will help you get 100% achievements in Superliminal. All blueprints, chess pieces, constellations, fire alarms, fire extinguishers and sodas. UPDATED - now including all six new achievements from the 4th of December (2020) update.
210 ratings 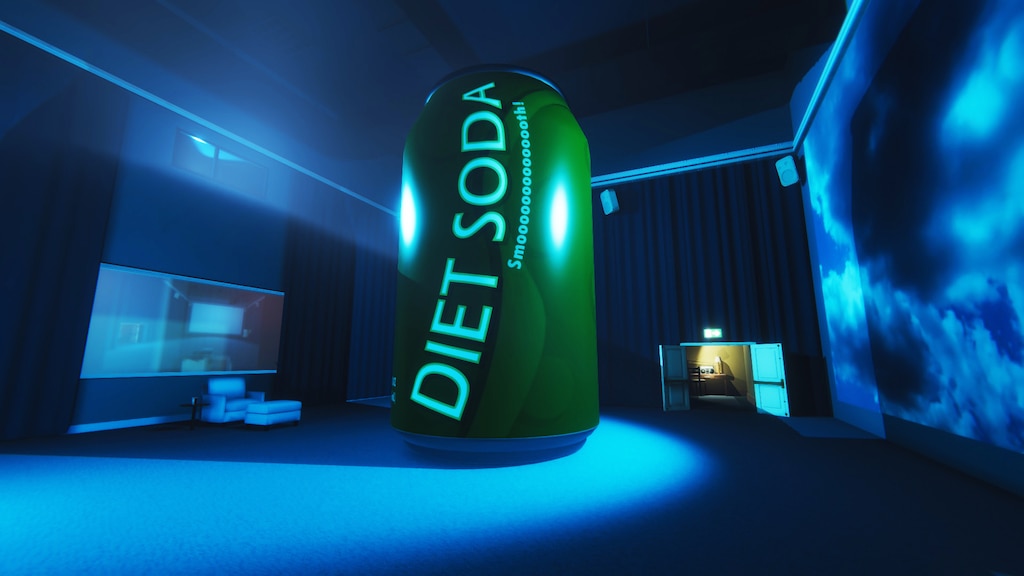 All Easter Egg Locations
There are eight literal Easter eggs hidden in the most secretive locations throughout the game. Here are eight videos showing how to find them. Note that there is no achievement or other reward for finding these eggs. 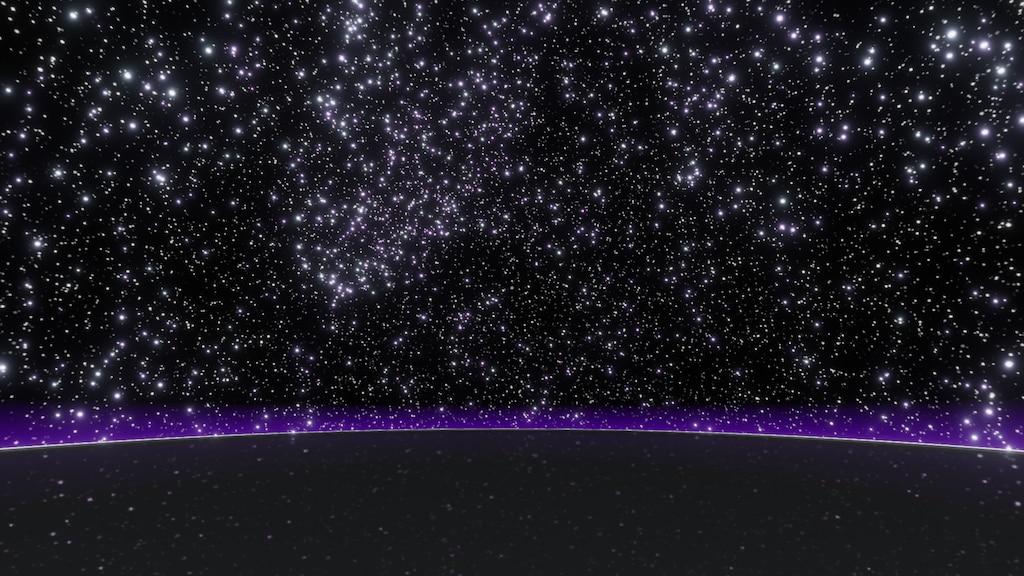 Challenge Mode - All Levels
Video guide for completing all challenges in Superliminal. Personally I would recommend trying these yourself, as they made the puzzle even more enjoyable in my opinion. Then use the guide if you are really stuck. 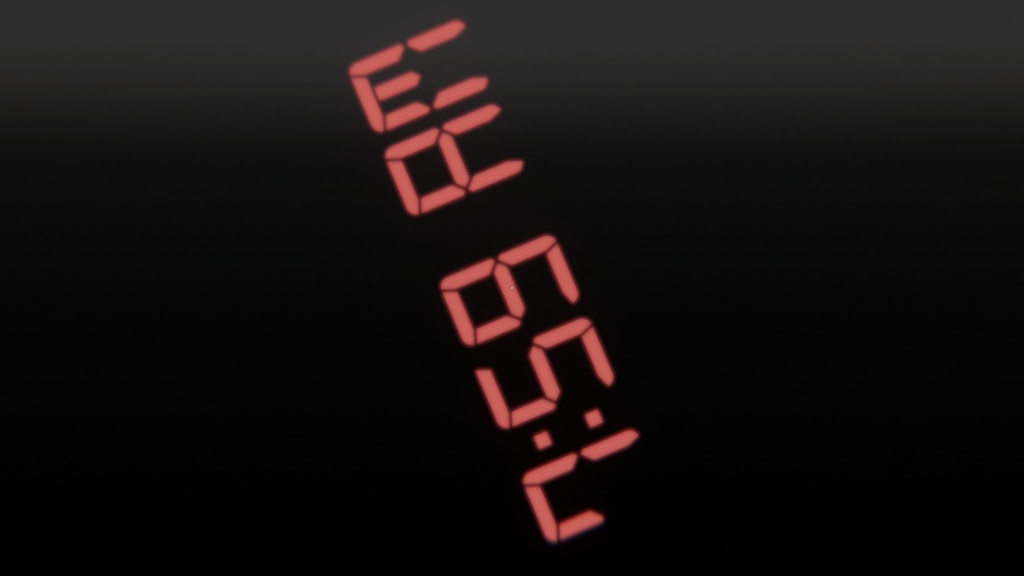 Not Recommended
1.9 hrs on record
A frustrating game with a neat concept and pretty visuals. Everything feels unfinished and nothing works properly the moment you slightly deviate from how the developers intended for you to play.

You're basically walking through repetitive corridors (which is some sort of a dream), where you meet a new mechanic. It seems nice at first because you start imagining how it can be used to create mind-blowing stuff, but you soon realize it never really gets mind-blowing at all. Mechanics are introduced and discarded every ten minutes.

The main mechanic is that the reality is shaped based on your visual perception of it, which means a small thing picked up from a near distance can be placed far away as a giant. Which would be nice if the whole point of the game wasn't to actually find that ONE thing which behaves like this. You'll walk through rooms full of various stuff, but you can't interact with any of that. It's all about moving your cross-hair around until it changes, picking something up, walking back to enlarge it, and placing it down. Rotation never works the way you want to and hit-boxes don't adapt themselves when the object gets larger.

The narration sounds like an attempt at some sort of dark-yet-melancholic humor, I guess. It boils down to clicking stereos you find along the way and listening to sentences such as "Oh look, your life is falling apart. But we can fix it! Please keep doing what you're doing and stop doing what you're not doing. Hehe!"

The whole thing plays like a showcase of weird stuff you could experience in VR, but it's not in VR and it's not all that weird after you see it the first ten times. 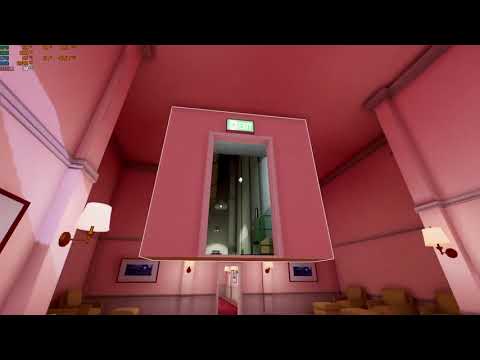 0
1
Superliminal : Falling out of the map 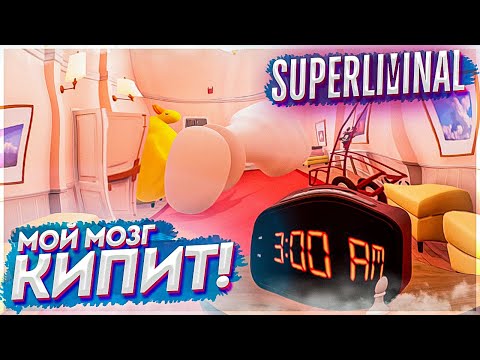 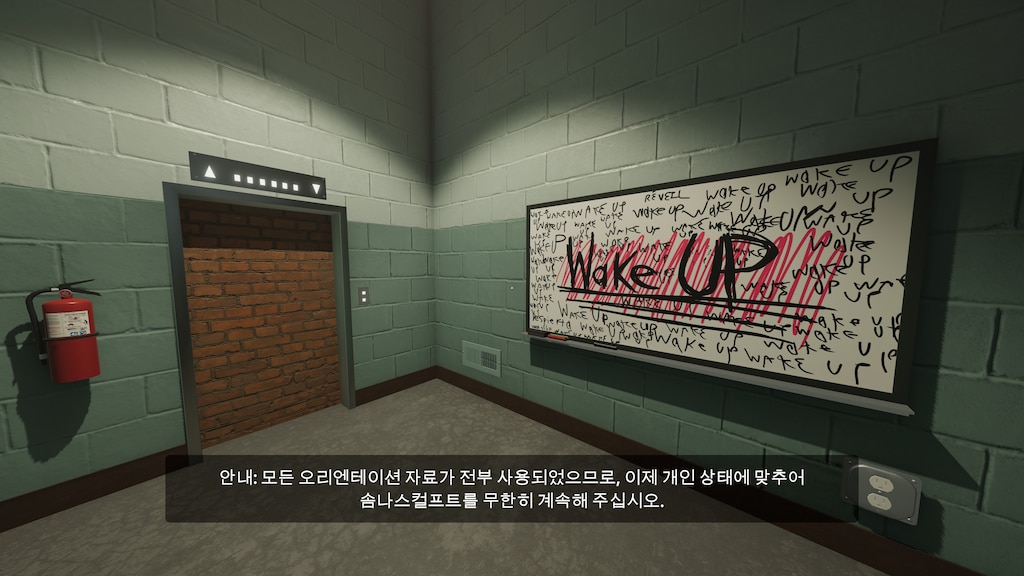 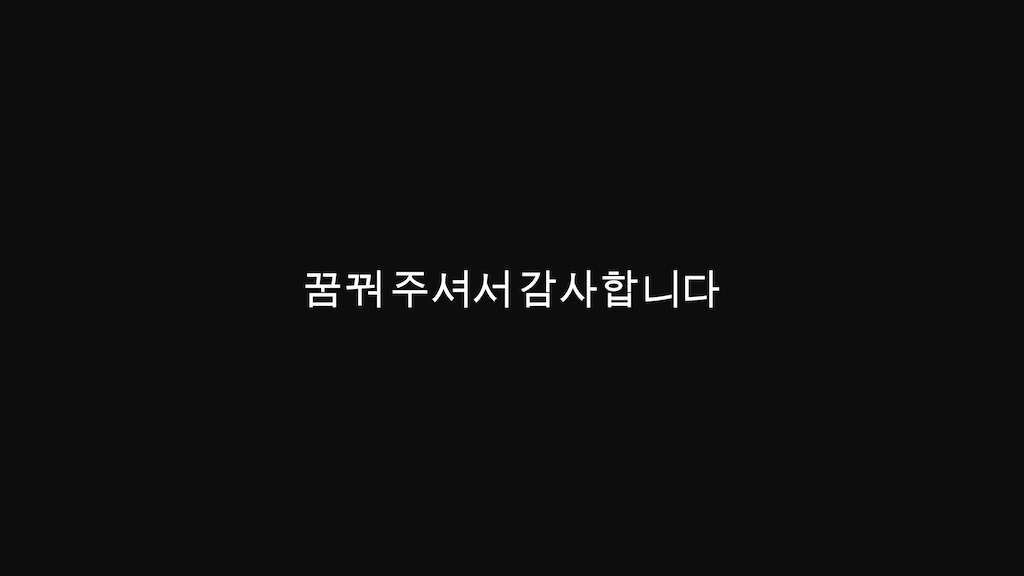 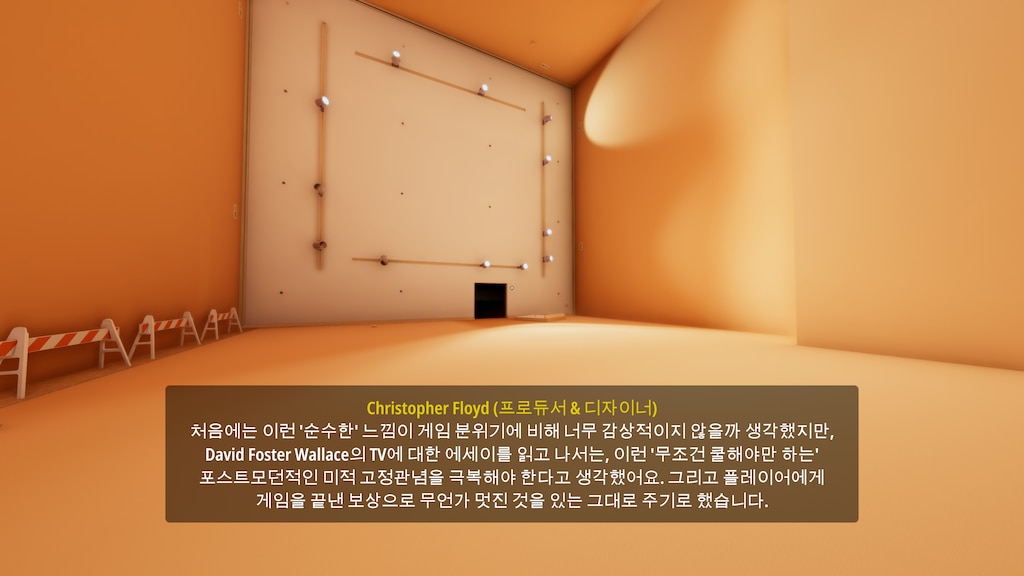 Recommended
4.9 hrs on record
I really love non euclidean games such as Antichamber and this one. 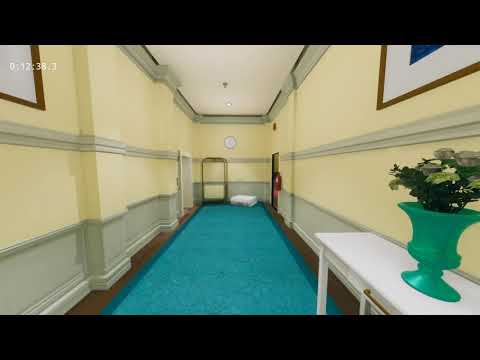 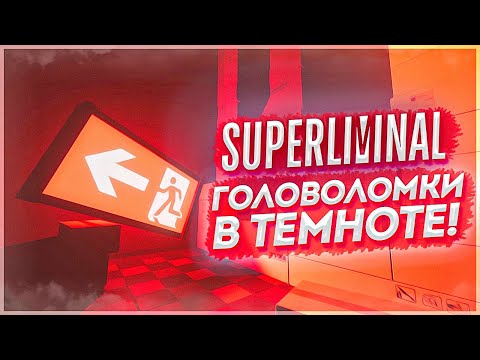 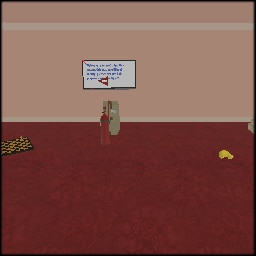 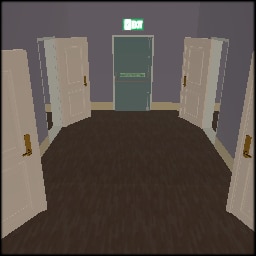 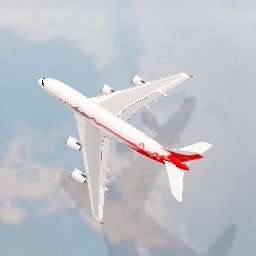 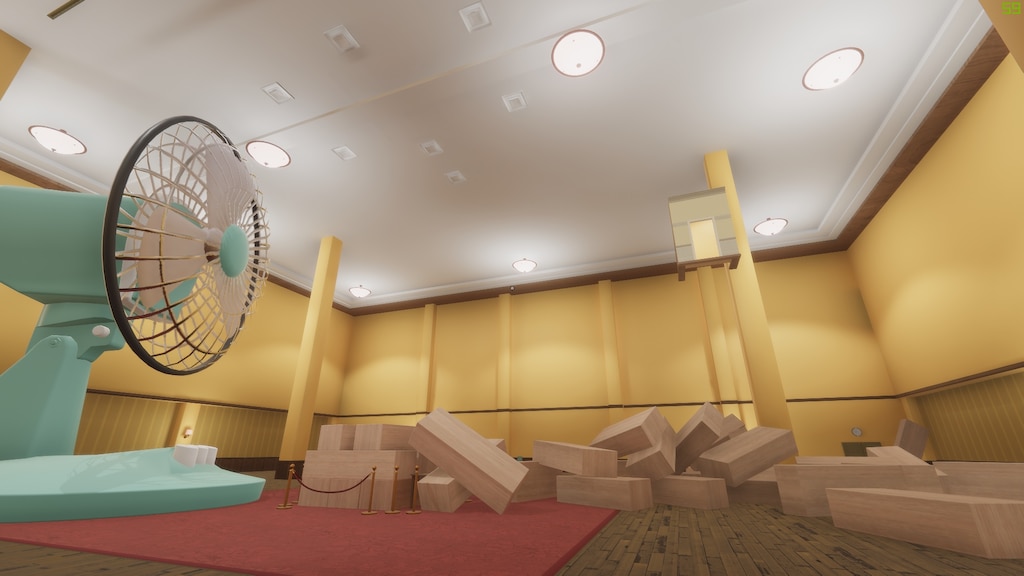 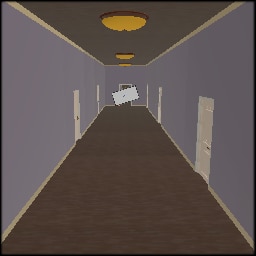 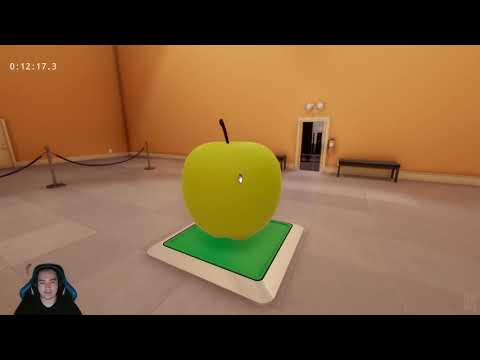 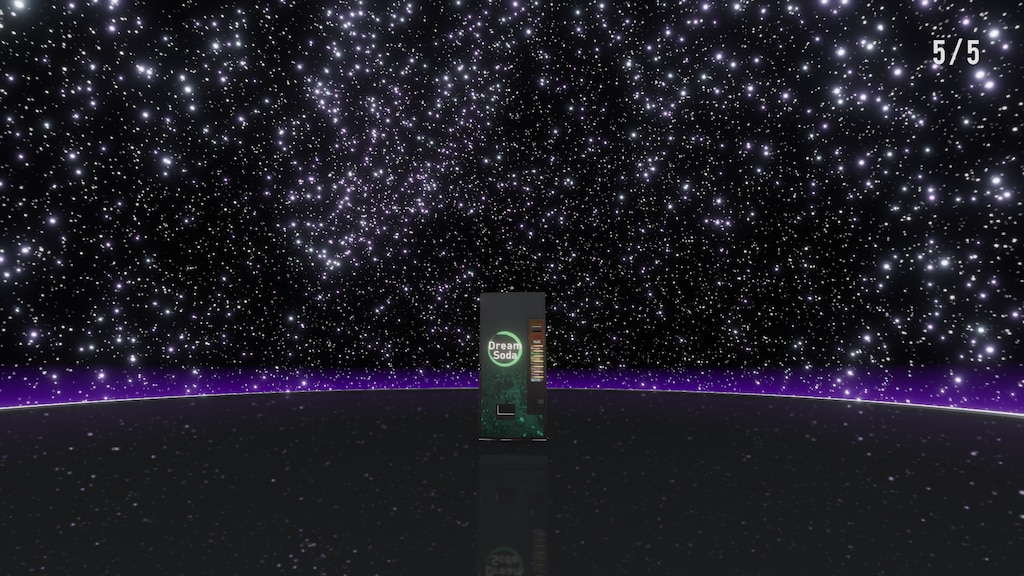 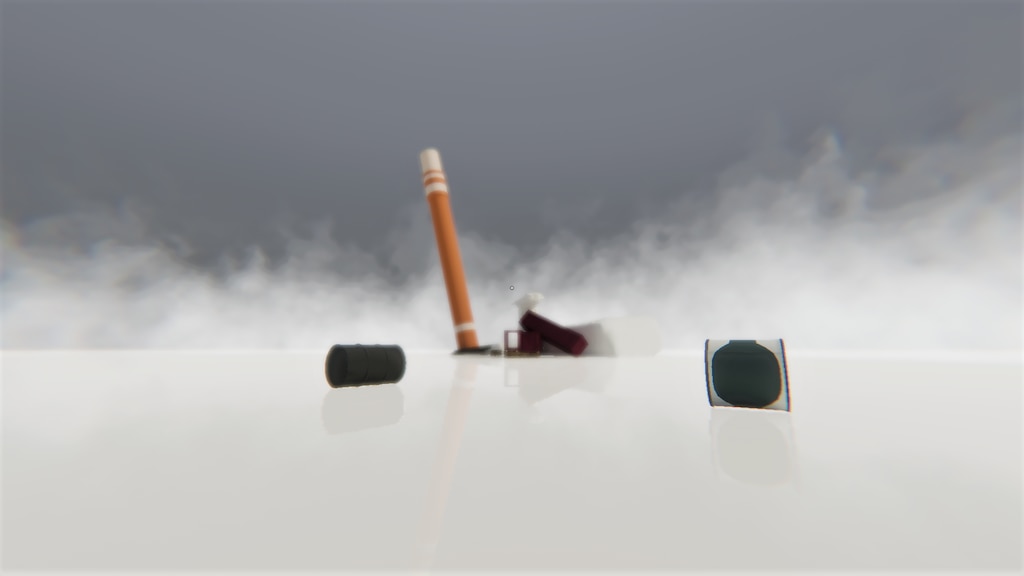 exe
Feb 23 @ 5:59am
General Discussions
Icons at selected level - whats rnning guy for?
Hello, What are the icons for? First is for fire alarms (I presume white when all are founded at the level) second for fire extinquishers (like above) the third one??? (the running guy The fourth one is for chess pieces I beleiev, and the last one for blueprints. But whats about the third one?...
2

jotes82
Feb 18 @ 2:29pm
General Discussions
can't upload anything for this game to the steam workshop
I've been trying for hours to get the workshop achievements now but it's just impossible. No matter what free .obj file I get and whatever description I add, I can't upload anything. It always sais upload failed ingame without any further details. The same for any dream I create. It's definitely not the amount of objects or size of the dream, because even the default one that just insta-wins after walking to the elevator can't be uploaded. I'm not having this problem with other steam workshop games. Noth...
14

[DemoniC][EVL]
Feb 1 @ 2:41pm
General Discussions
Letters?
I recently started playing again to 100% this game, and I'm noticing letters on the outskirts of (so far) Whitespace. I've found a D (diving board right where you exit the chess game ) and a U outside the city-esque room with only a barrel....
6