Creo God Simulator is a game of building, decision-making, survival, and a ton of peasant smiting. As a newly-assigned lesser god, it's your job to build a society bit by bit, while convincing your new population to believe in you as their one true god.
$9.99
Visit the Store Page
Early Access Game
Get instant access and start playing; get involved with this game as it develops. Learn more.
Most popular community and official content for the past week.  (?)
The Creostrider Awakens - An Exciting Time to Live in Creo!
Sep 16
We're Getting There!
Hey there everyone! I wanted to take some time today to let you all know about the recent updates being made to Creo God Simulator. This last month has been an excellent month for Creo's development: I've been able to set aside significantly more time to work on the game, and I'm starting to see a nearing actual update day!

It's been a very exciting time working away at Creo's development goals - slowly checking them off, one by one. Most of the larger changes are completed, so now I'm beginning to move onto game balancing, testing, and polishing for the upcoming release.

The Altar Beam - Indicates when a god power has been used

Heavilly Improved Camera System
I've long felt that Creo's orthographic camera system moves in a slightly jarring and awkward manner. Though it's actually bothered me for a bit, I finally set aside time this month to work on it, and the result? A momentum-based camera system with smooth translation and zooming. As you can see, the new system allows for a much richer gaming experience, all without the jarring camera pans and awkward zooming levels.

Changed Trees, Improved UI, and a New Inspection Mode
After playing this new version of Creo for a bit in one of my testing sessions, I felt that something was rather off about the look of the game - I noticed that the lack of shadows within the game world really felt off. In light of this, Creo's shadow engine changed to use hard shadows, as seen below. However, after making the change, I realized that our current billboard trees were not playing nicely with the new hard shadows, and additionally, the game's performance was taking a small hit with all of the trees following the camera. The trees have now been changed to be low-poly trees - with tree sway and everything!

In addition to the tree and shadow changes, I also updated the display UI, and the in-game UI as well. I also made sure to add a new inspection mode which allows you to see how many resources trees, stones, and ore deposits hold. I'm planning on expanding this new feature in the future.

So What's Next?
Even though I've added all these exciting new changes to Creo, I worked on a myriad of various improvements, changes, and bug fixes that I'll list below. I feel that, as a developer, I'm finally beginning to get out of my odd Corona slump - I'm not sure if any of you have been experiencing that lately? With these changes, I'm finally beginning to make the time that Creo deserves, which makes me extremely happy.

So what's next? Well, in the next few weeks, I'm planning on doing a significant amount of playtesting and balancing - in other words, I'm going to be balancing the food consumption rates, birth rates, disaster occurrences, town growth rate, etc. All the subtle things that can make or break a gaming experience. I'll definitely keep you all informed with the tweaks I make, and I can't wait until you all can try the new version of Creo. I hope you all have been having an excellent and safe summer so far, here's to hoping we can get a playable version of Creo out soon.

Changes Made for this Update
Major Changes

Creo God Simulator
3
0
Still in production?
I notice nothing on discord really and no updates. Is this game still being made?
23 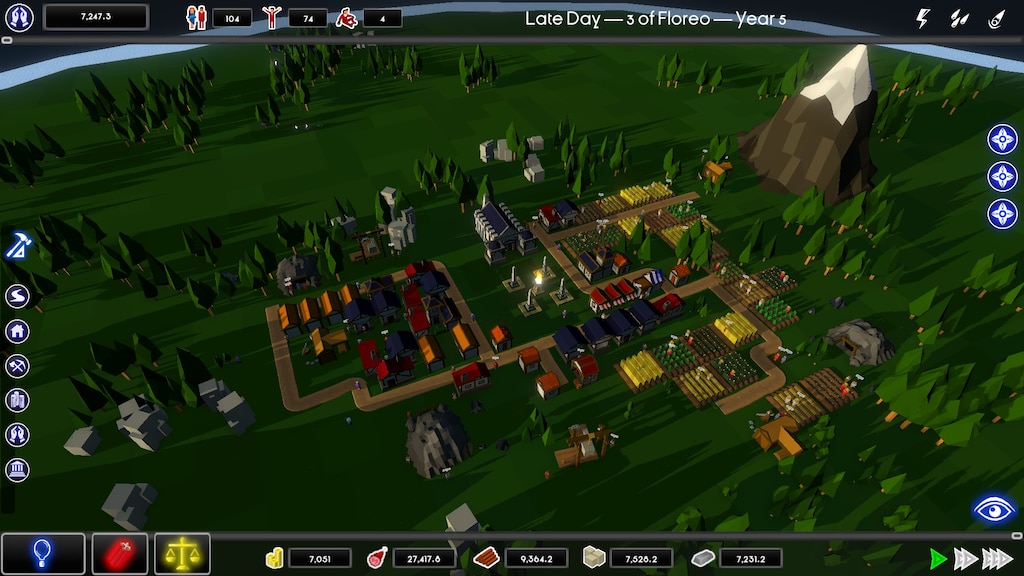 Asparagus986
View screenshots
Everyone died
ok so i played this for hours getting a town set up and after getting about 30 people and just getting to the tier to make a small temple everyone died. The was no big event lie fires or earthquakes they had plenty of food and resourses. They Just all died at once. This was pretty upsetting since i have restarted 5 times now and this was my first game i was doing well in. Also this was on easy....
3

To begin, I'll admit that the current pandemic situation really did a number on my ability to get work done. Here at Homebase, I was surprised by how difficult it was to balance my fulltime job, attend to my family, and work on Creo in the little free time I had. Over the last few months, my frustration with how slowly Creo was progressing was getting to me, and though I was making progress on new game systems and UI, I really let my communication with Creo's community slip.

However, in recent weeks, I've found significantly more time to work on Creo, and a good friend of mine has agreed to hop on the Creo team as a community/growth development manager (more on that in coming updates). With my additional time and my friend's help, I'm excited to say that Creo is entering a much more efficient period for its development and growth. So without further adieu, let's get to what I've been up to.

New and Improved Gameplay Features
So over the course of the last few months, I've made numerous improvements to various gameplay systems in Creo. Villager birth rates, for one, have gotten a major overhaul, and now scale based on how large your town is becoming. I've also been gradually balancing the gameplay out resource-wise: making sure wood gathering and food production rates are fair yet challenging.

Yes, you heard that right. For all you old-school Creo fans who remember the admittedly awful road laying system of yonder, you'll be pleasantly surprised with the intuitiveness of simply clicking where you want your road point to be, and a road magically connecting your points! (This system took weeks...)

Updated God Powers
In addition to updating lots of the current gameplay mechanics, I've also updated the god powers to work with the new map, and also made them look at a bit nicer, as is evidenced below:

With the changes to the game engine completed, I overhauled the god power system, which should make it much easier to add new god powers in the future. As it currently stands, we have the Meteor, Rain, and Lightning god powers.

Rebranding and UI Updated
And last but certainly not least, is our large UI/Rebranding project. This was the thing that actually took up most of my time over the last few months. I've been taking some time to learn a thing or two about better UI/UX design, so this lead to me remaking ALL of the UI in Creo. Here's an image of the main game screen with its new UI layout: 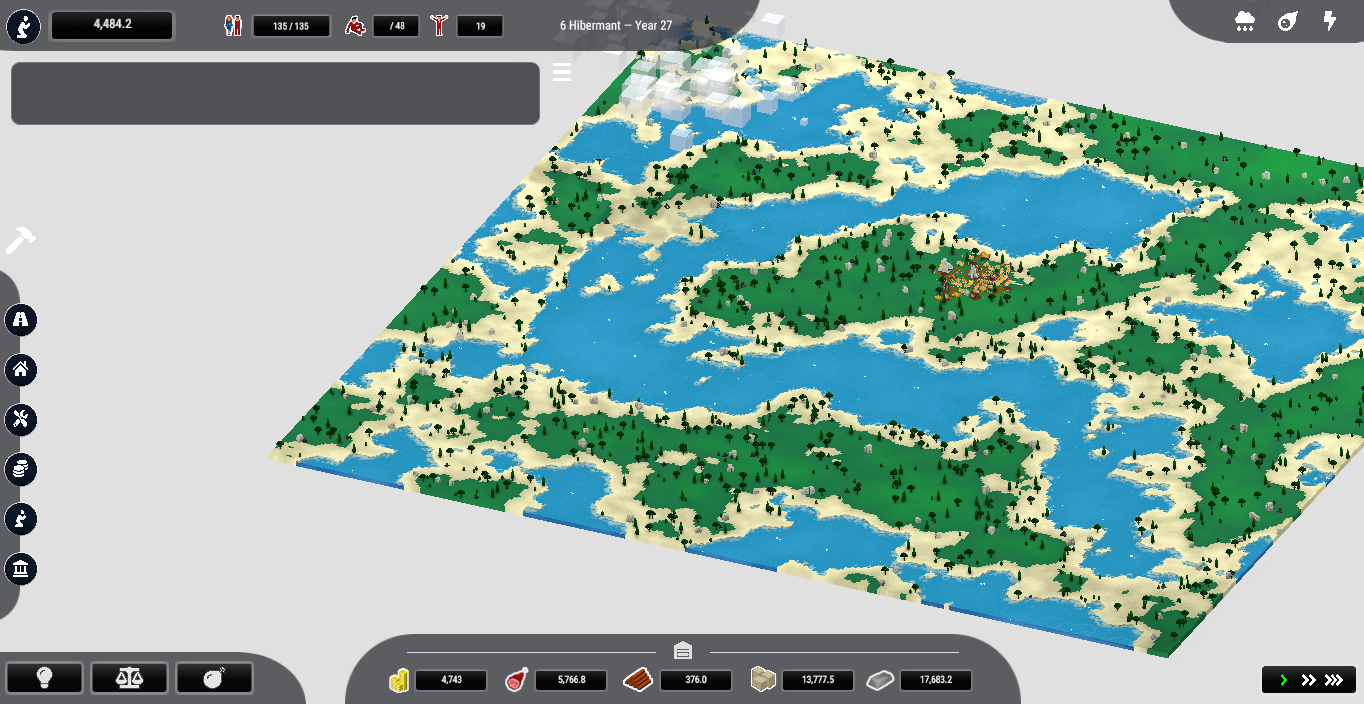 I wanted to go for a little bit more polished/modern look to Creo. In addition, I also added a new notifications/events textbox in the top left of the screen. This scrollable and expandable box will hold a log of all the important notifications that occur in your town and Creo at large.

I believe that these UI changes, though small, will add up to make a much more enjoyable gaming experience. In addition to these UI changes, I also had the game logo redone for something more minimal which really caught my eye. 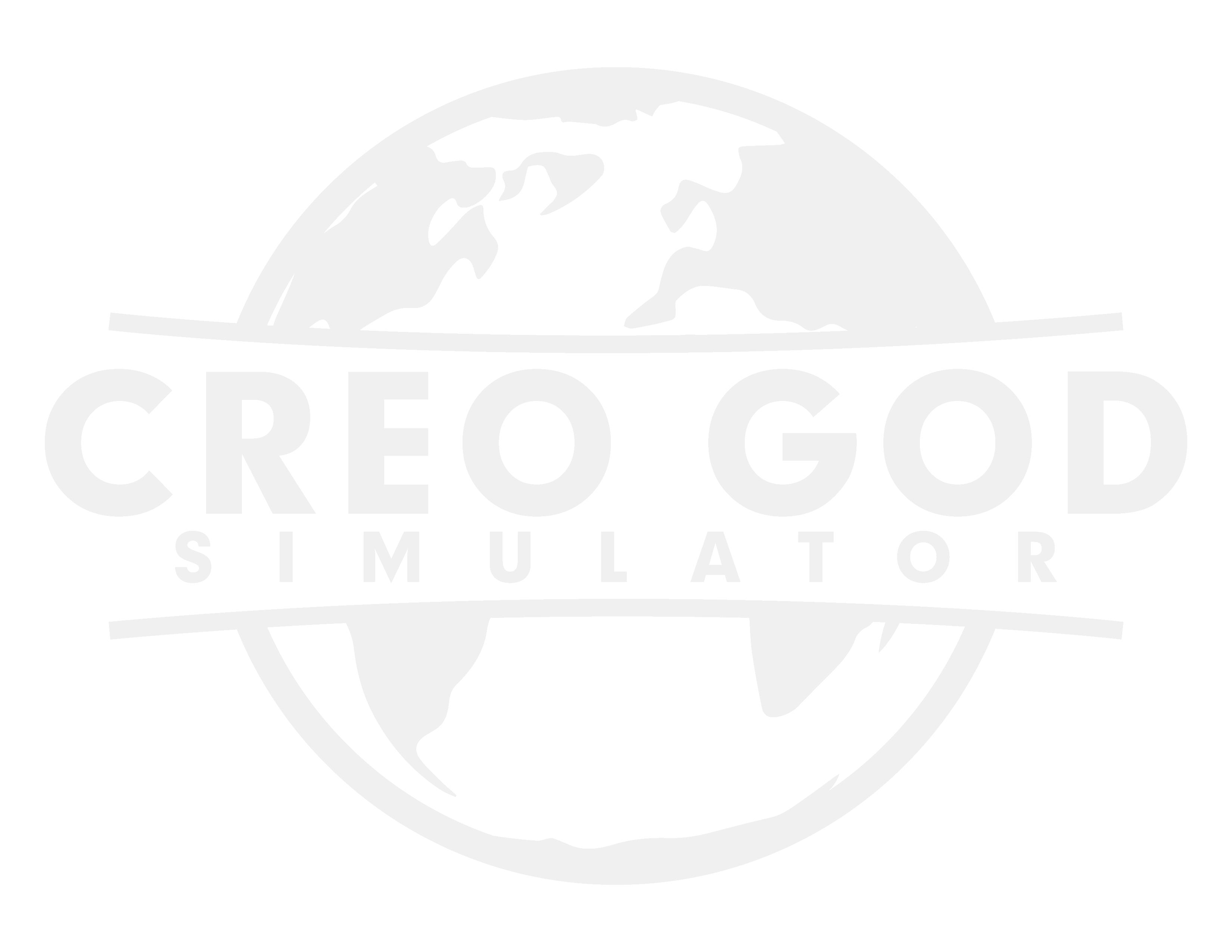 In Conclusion
Yes, I know this progress update had a lot to process - holy gifs am I right? - but I found it necessary to catch you up to where Creo currently sits. Right now, I am balancing the resources management side of the game, but am getting VERY close to having a playable update ready for all of you. The next few weeks will see more regular posting and progress. I'm excited to share with you all the new features I'll be adding to the game in the coming months.

- Esteban (Guy who made Creo)

Creo God Simulator
9
3
Is this another abandoned Early Access Title?
So yea as the title says there are a lot of games that come into EA and just don't get finished for one reason or another. Seeing that the last update to the game was almost a year ago I have to ask is this game still in active development and if it is what are the plans/roadmap and where is the development....
1

Prolynx
Mar 10, 2019 @ 12:01pm
General Discussions
Developer Mode?
How i use the Dev.Mode? I press the Tilde-Key. But what next? should there be shown a submenu? i dont get it. is there a youtube-video i couldn't find?
2 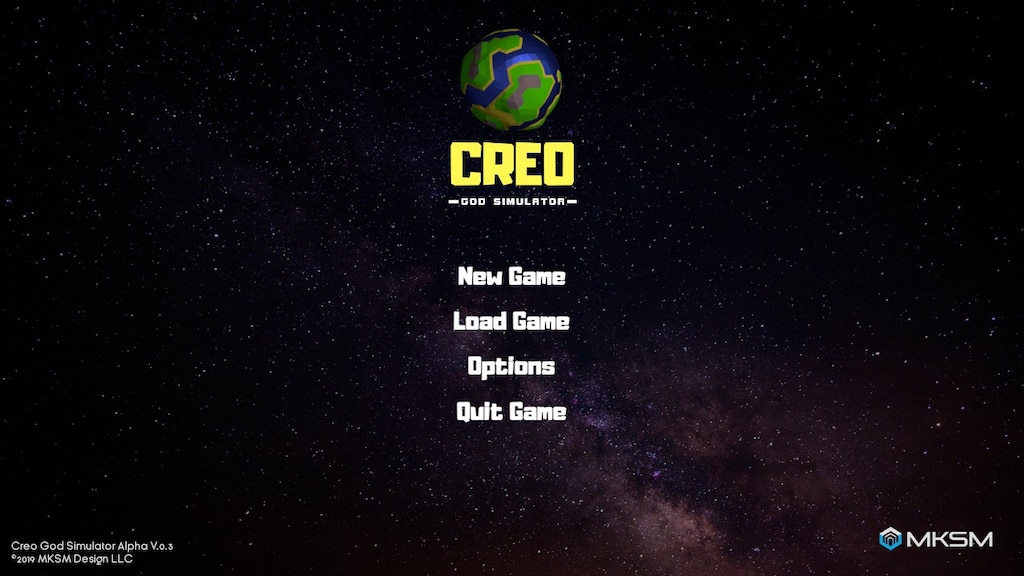