In Rift Racoon you play as a cute racoon teleporting his way through tough platforming challenges. Jump, climb, slide and teleport across beautiful pixel art environments filled with dangerous traps.
$9.99
Visit the Store Page
Most popular community and official content for the past week.  (?)
Rift Racoon on Sale - 50% off
Jan 24
Hello! Marcos here, from the Rift Racoon development team.

I'm here to let you know that Rift Racoon is now on sale for 50% discount for Steam Lunar Sale! Enjoy!

In this game you play as a teleporting racoon! Finish 50 challenging levels that will require a lot of precision in your fingers to avoid the dangerous traps crossing your path. 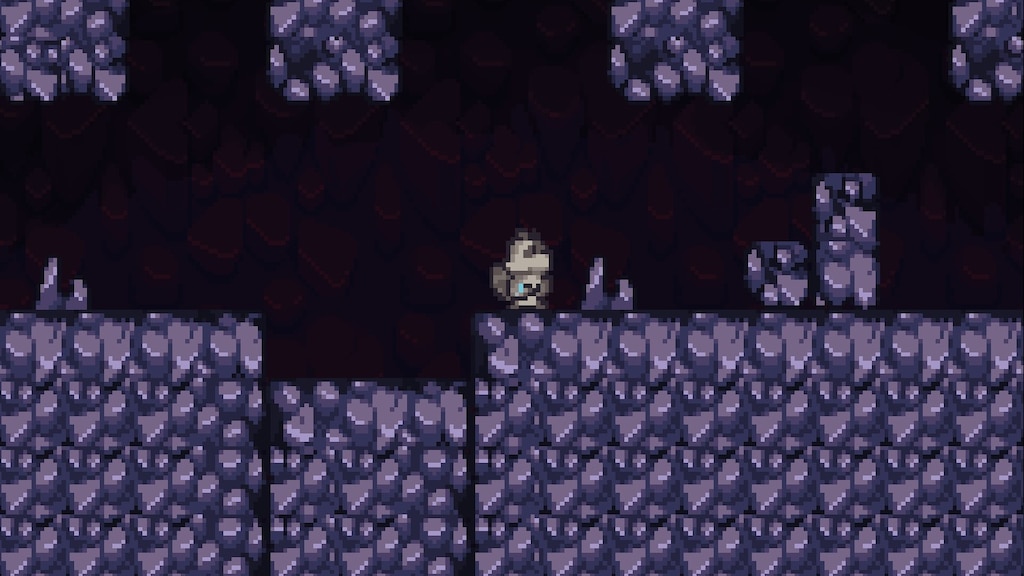 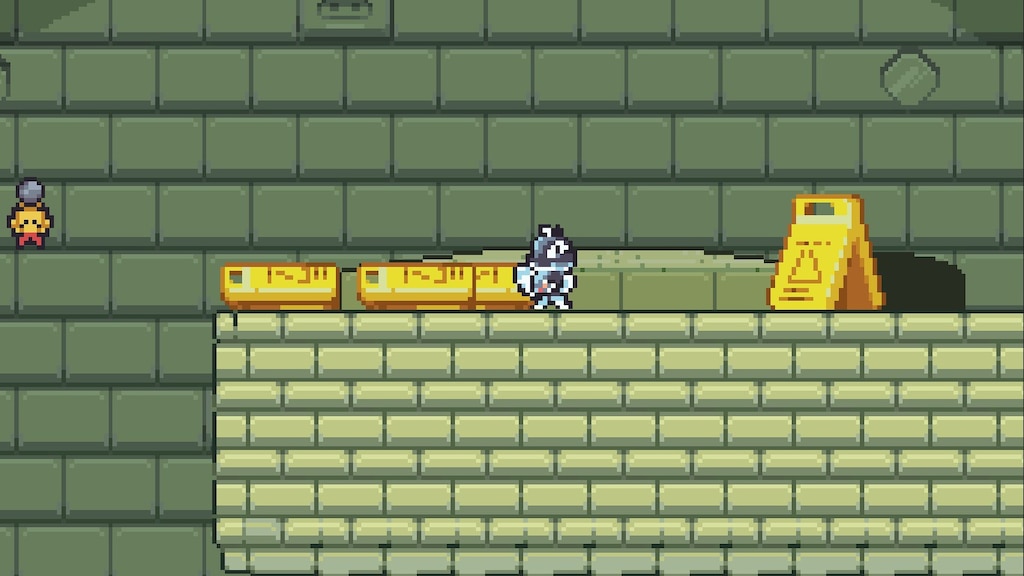 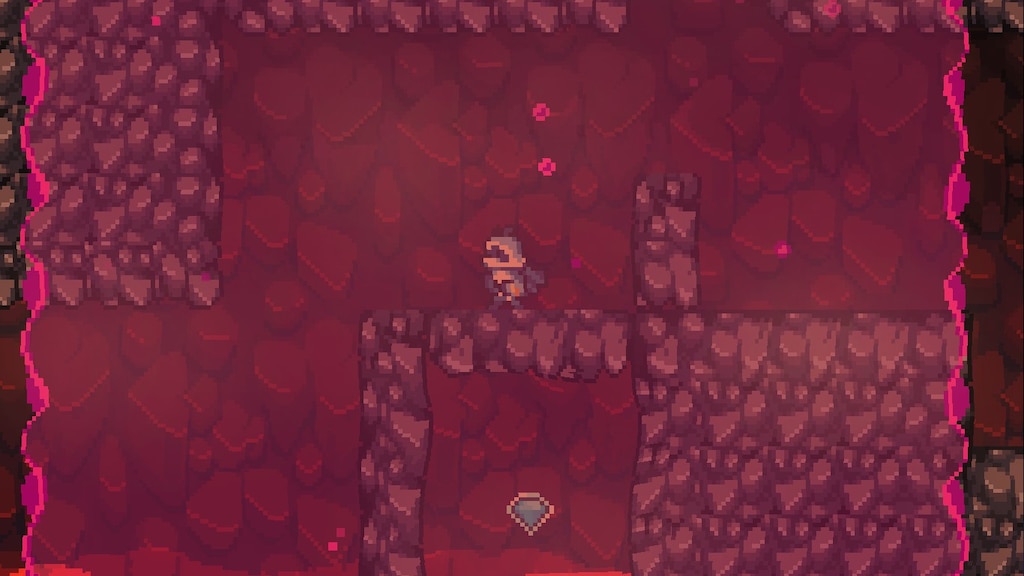 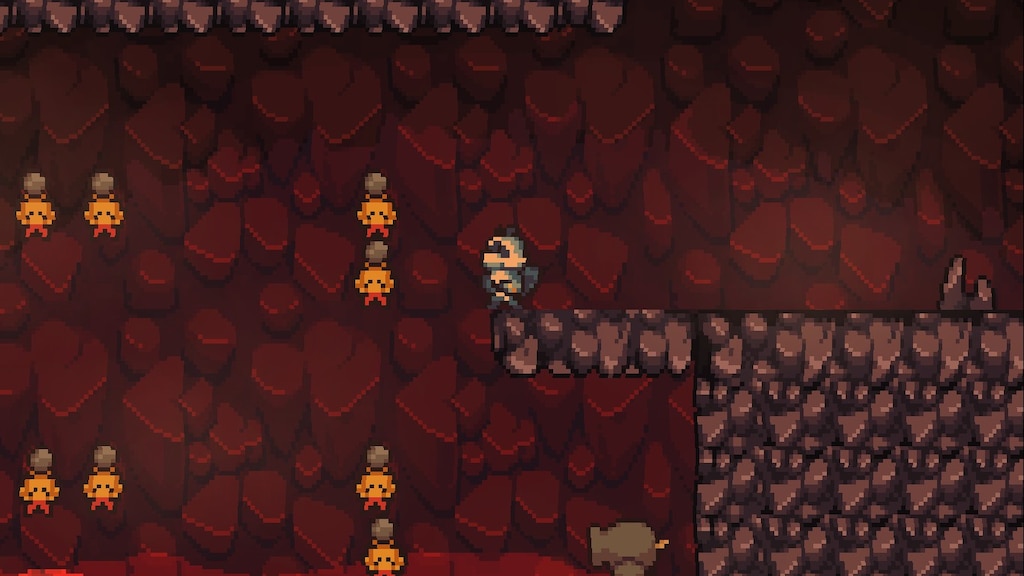 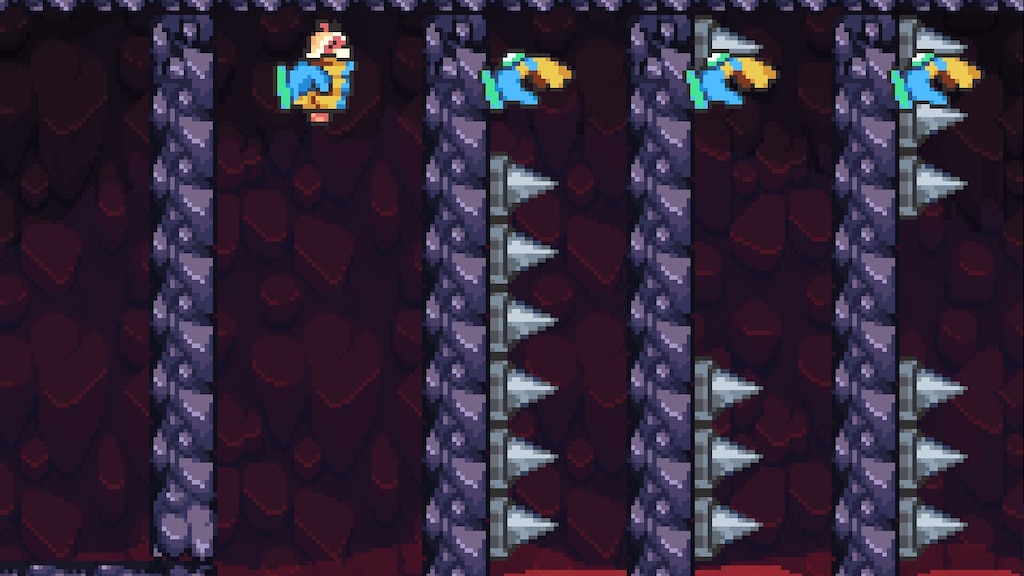 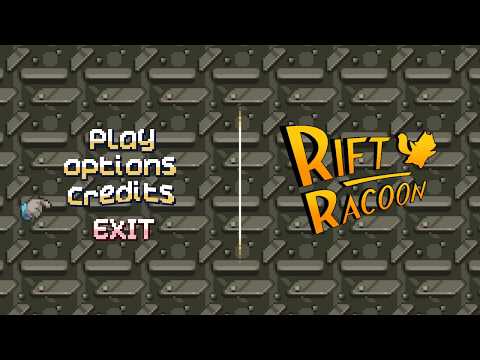 OFEN™
View videos
Questions!
Hi! About how long is the game? How would you describe the difficulty? Adjustable? Is there any combat? Thank you & good luck!
2

This one will improve the game's overall gameplay.

The first thing changed were the SPIKES. Yeah, those annoying spikes. They are less annoying now. They are a joy!

The *hitbox*, or, in non-gamedev terms, the thingy that, if touched, makes something happen in the game (in the spike's case, the player death), was greatly reduced! 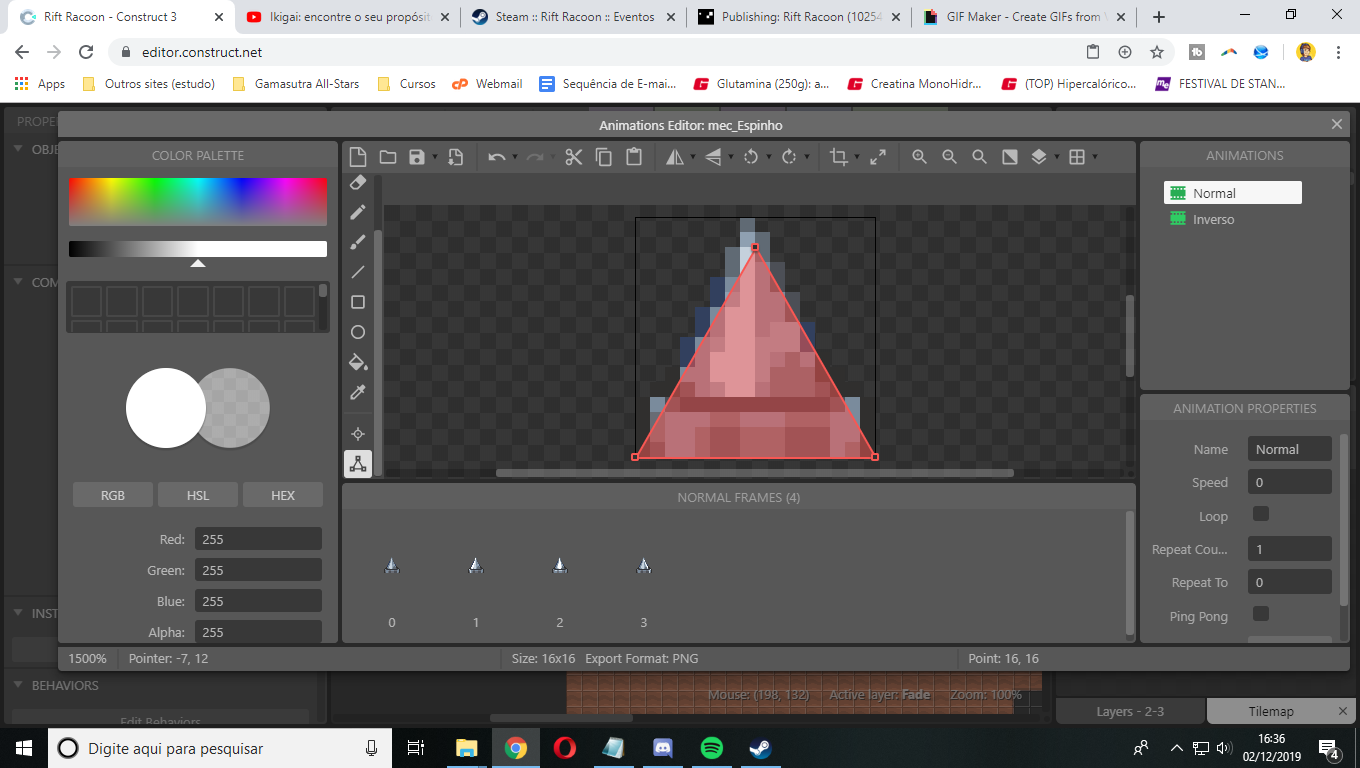 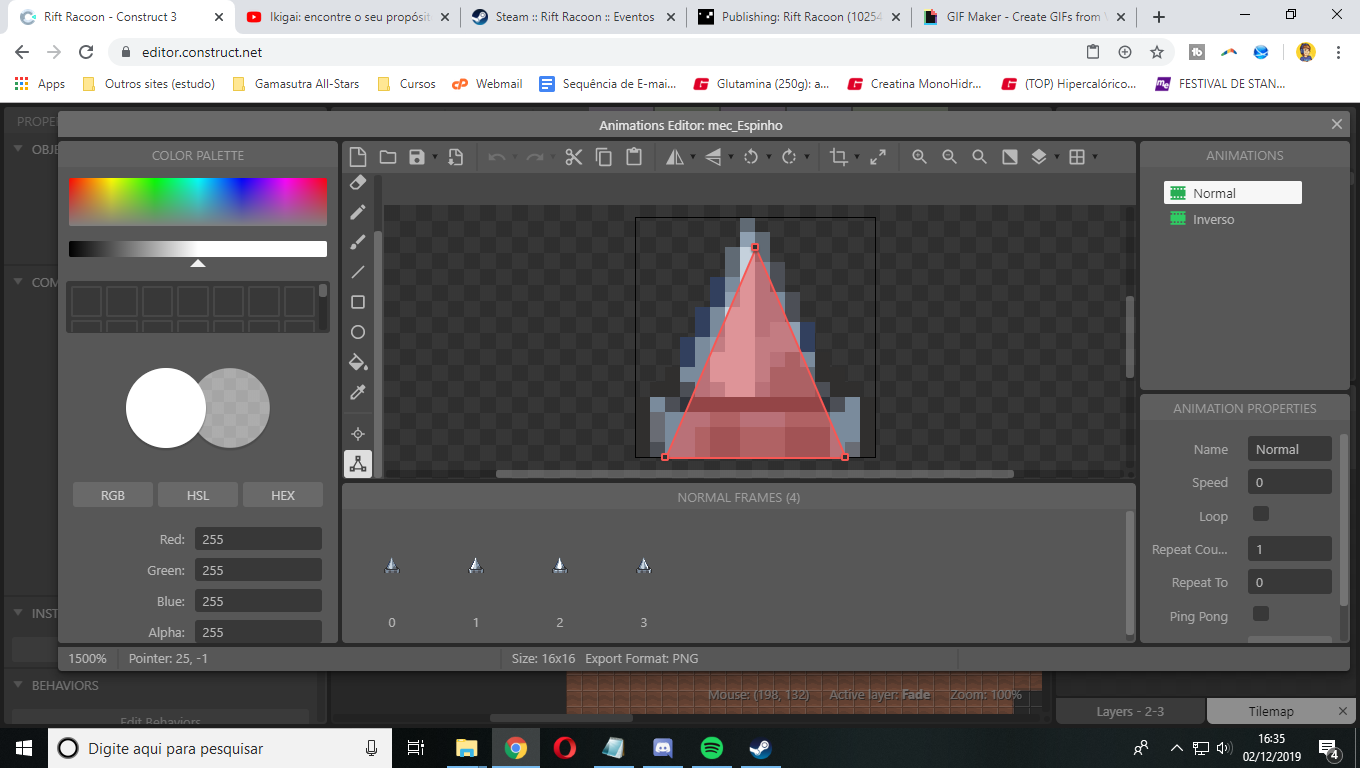 Check out how you can get REALLY in the spike's face before dying!

Notice that even the old hitbox didn't fill the whole spike's image, but it still felt quite unfair. Rift Racoon aims to be a difficult, but fair game. I don't want to challenge you to learn hitboxes and stuff. I want to challenge, mostly, your precision controlling your racoon.

To be honest, I knew all along that the spike's hitbox wasn't great. The only reason I stretched it so much in the past was because of this:

This happens with the new hitbox. It's narrower, so you can jump safely on the side of spikes in borders. This allows for some really unwanted skips on levels. Specially on 3-2 (you could skip pretty much all of the last section on this level).

But, don't worry! I won't let you skip through all my hard work! I programmed a solution!

The spikes on edges of platforms WILL REMAIN with a wide hitbox, so you won't be able to skip levels, like shown on the gif before this one!

Win-win, right? You get a better hitbox on spikes, and I still get to see people playing through my whole levels, without skipping them! :D

The second change is COYOTE TIME!

I don't know who invented the term 'Coyote Time', but it references to how cartoon characters (like Coyote) can float a bit in mid-air before falling down a cliff.

You can add this to platformer games, and allow the player to jump a few miliseconds before falling! I added this to Rift Racoon!

It might look like a bug, or like something that shouldn't happen, but believe me: It will make the gameplay better. I bet you fall a lot into spikes or holes because you were trying to jump on the edge of a platform. With this new addition, you will still make the jump, instead of falling to your death!

I feel like I say 'death' and 'dying' a lot in these updates. I'm not sadistic. I swear.

I have to add, playing the game on slow motion while recording the previous gif was pretty fun. For some reason I thought it would be funny to see Tucker (the racoon) running away from a missile in slow motion. Turns out it is quite the sight!

Look at him, running for his life, hahaha!

I still promise I'm not sadistic!

Now for the third change! This one doesn't have a cool name like 'Coyote Time', so I'll call it 'Asking for a jump while in mid-air'.

In the gif above I tried to show you the moment in which I press the jump button. Notice I pressed it before landing!

I bet it happened sometimes, didn't it?

The thing is that, before this update, you could only input a jump while on the ground. This is a problem in intense sections in which you have to jump multiple times in sequence. You won't notice a jump didn't happen because you "didn't press it on the ground", but did press it a few moments before landing.

And this concludes today's update!

If you find any bugs, or have any suggestions that might improve the game, lemme know in the community center!

Thanks! Have a great week!
- Marcos, full-time Rift Racoon updater (not really)

Rift Racoon
2
9
Frequently Asked Questions - Answered by the developer!
Here it is, the mandatory FAQ topic! I'm Marcos, main developer of Rift Racoon (which means I'm not the only one involved, there were 5 other people, but I spent the most time with the project). I'll be answering a few questions that might pop u...
0